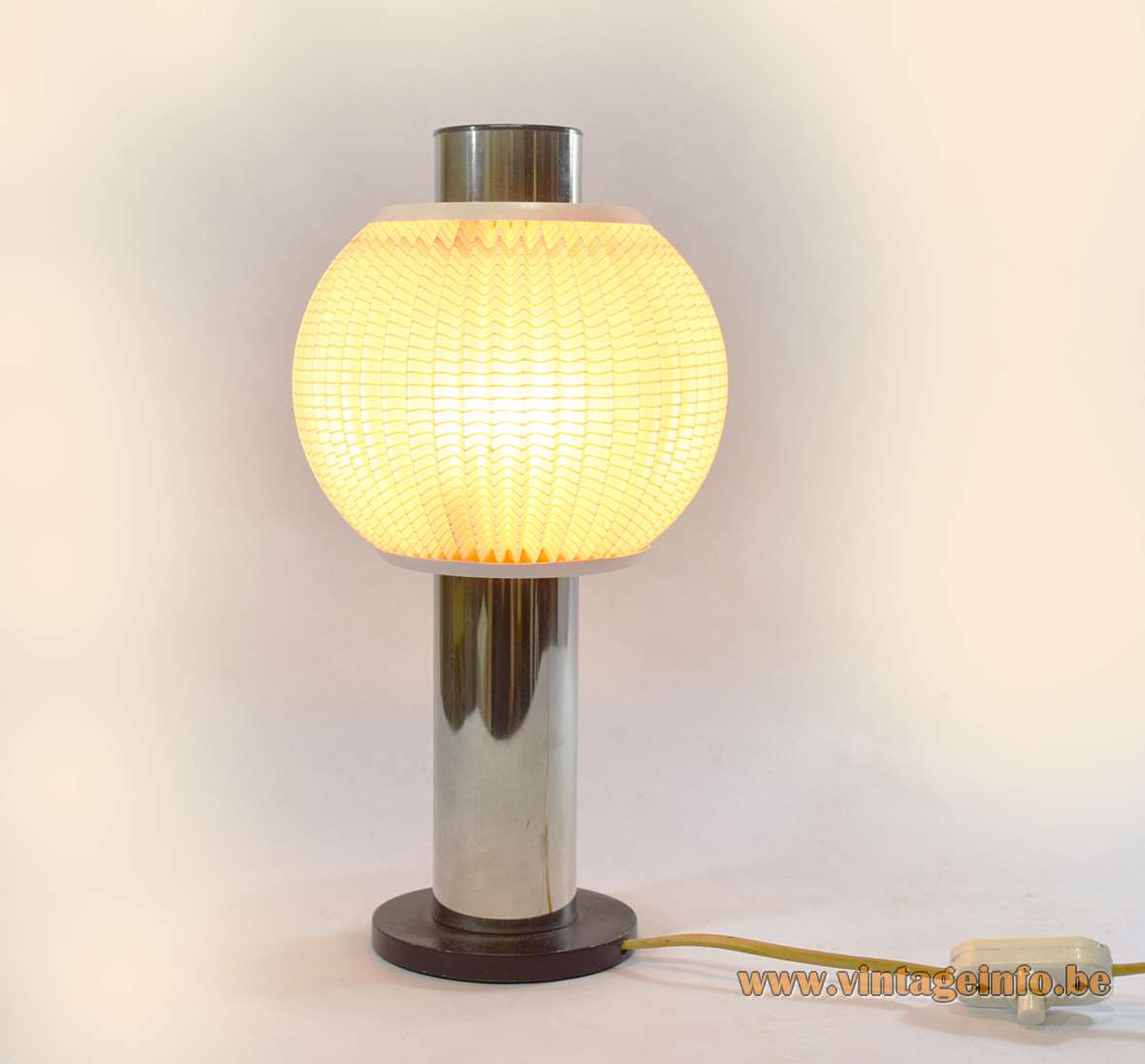 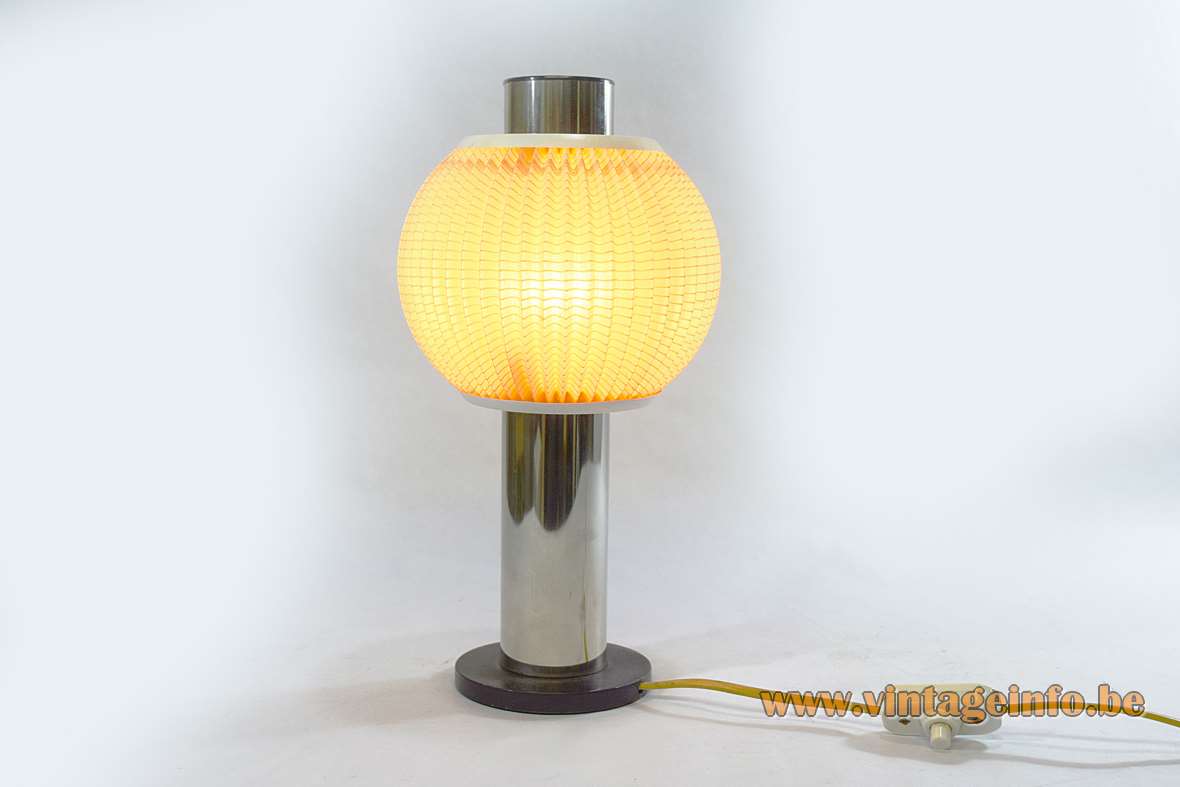 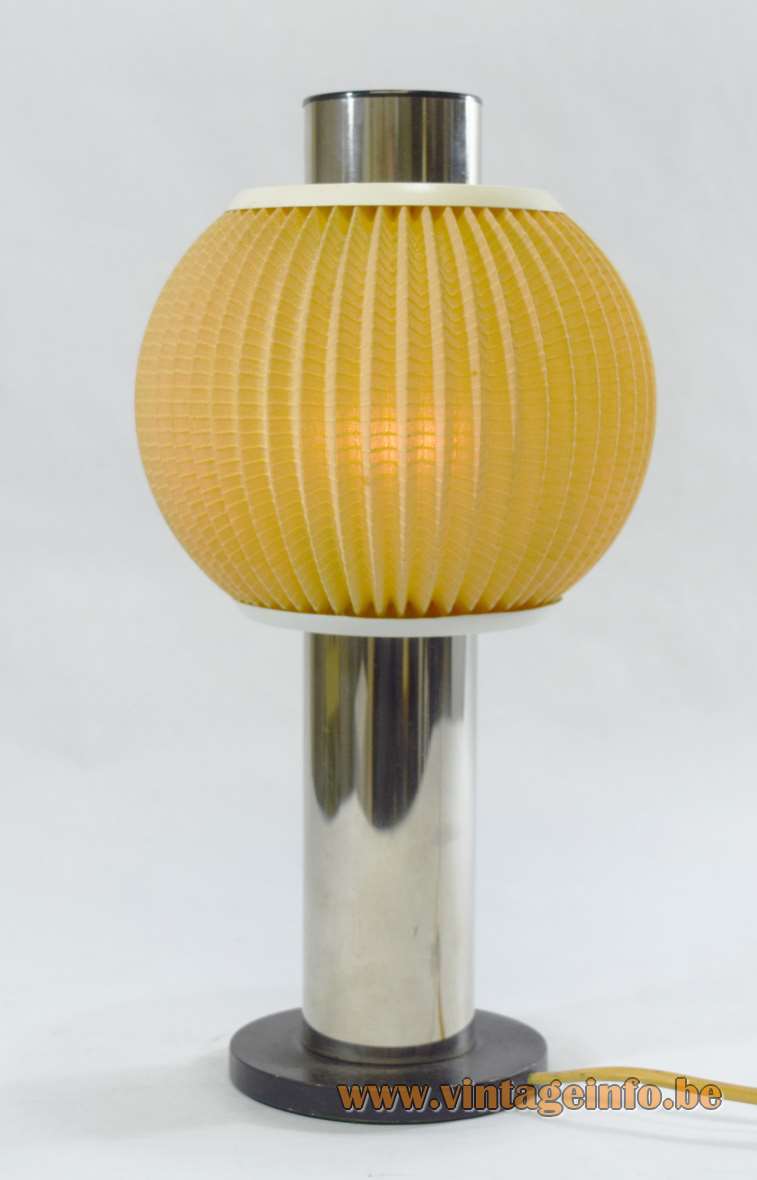 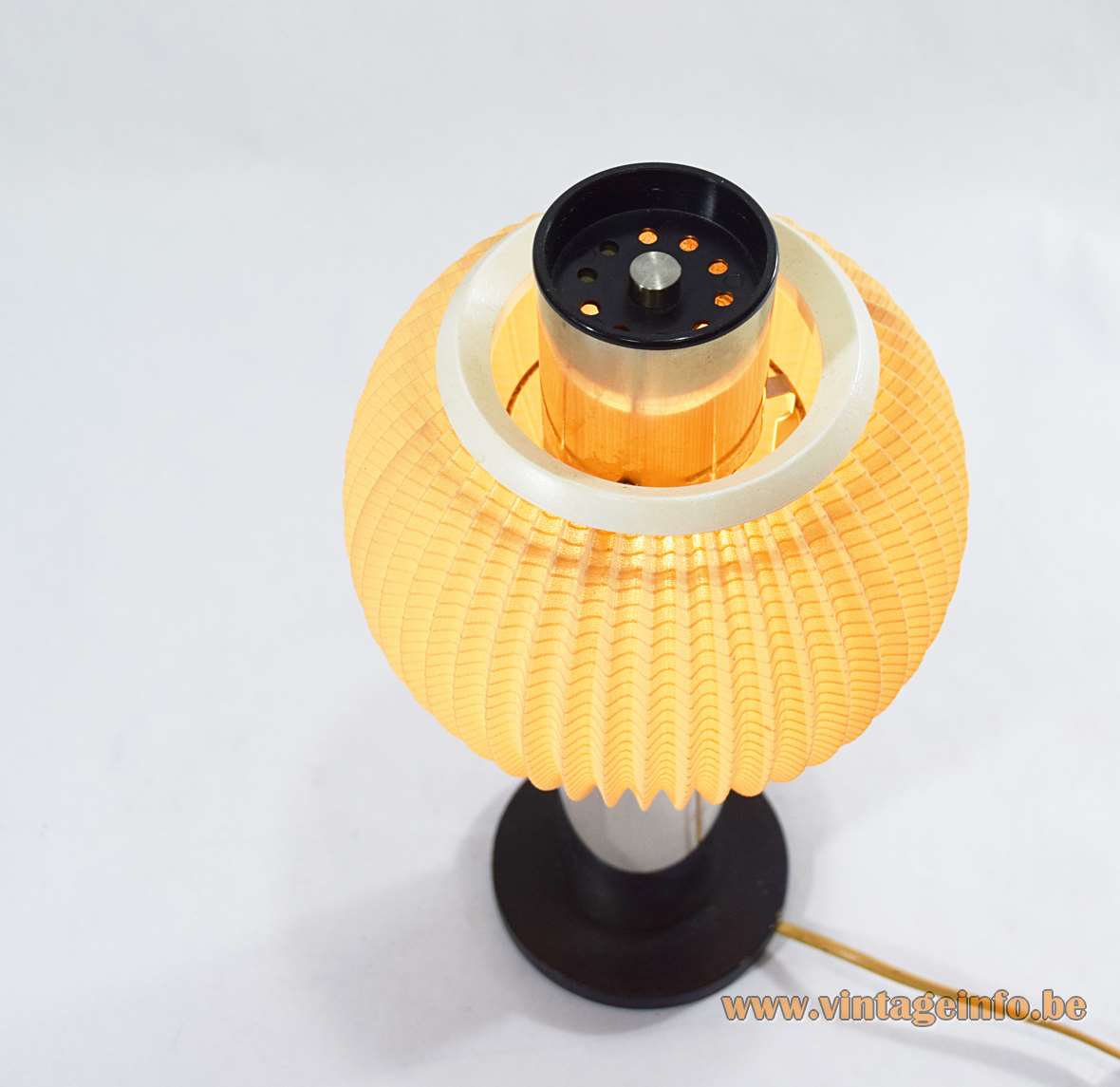 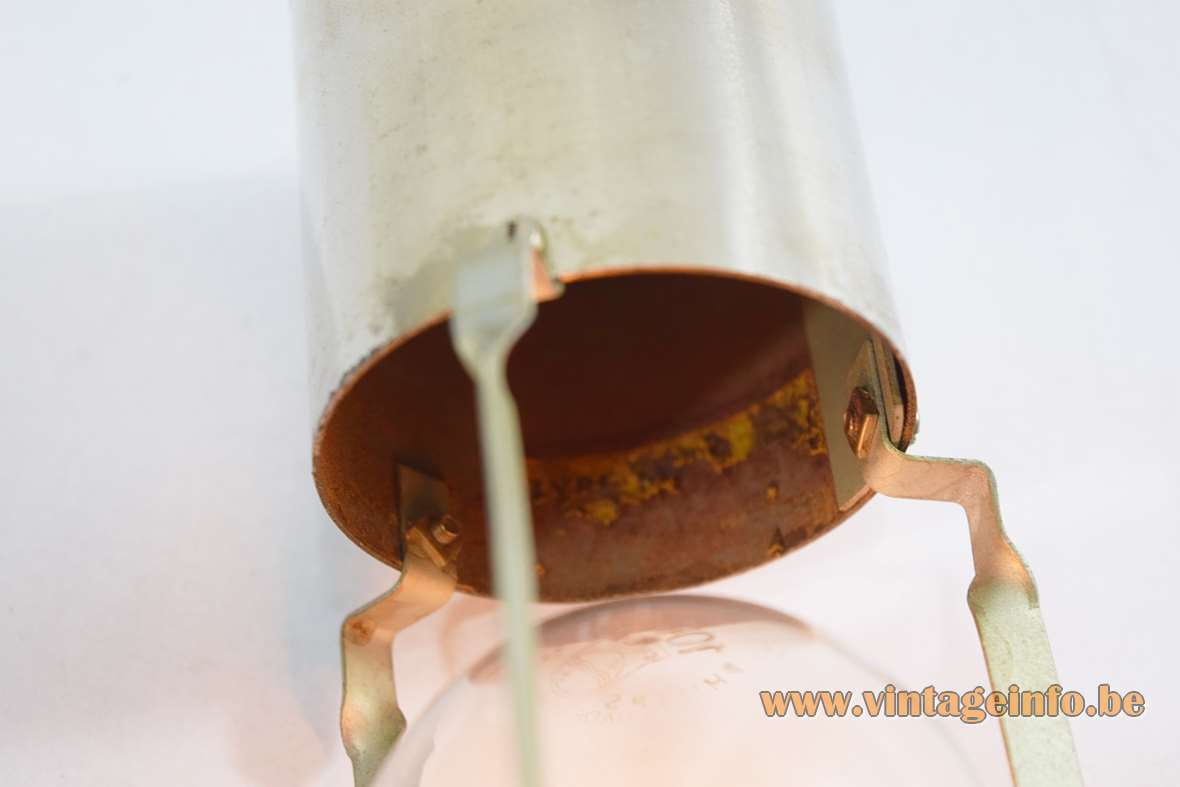 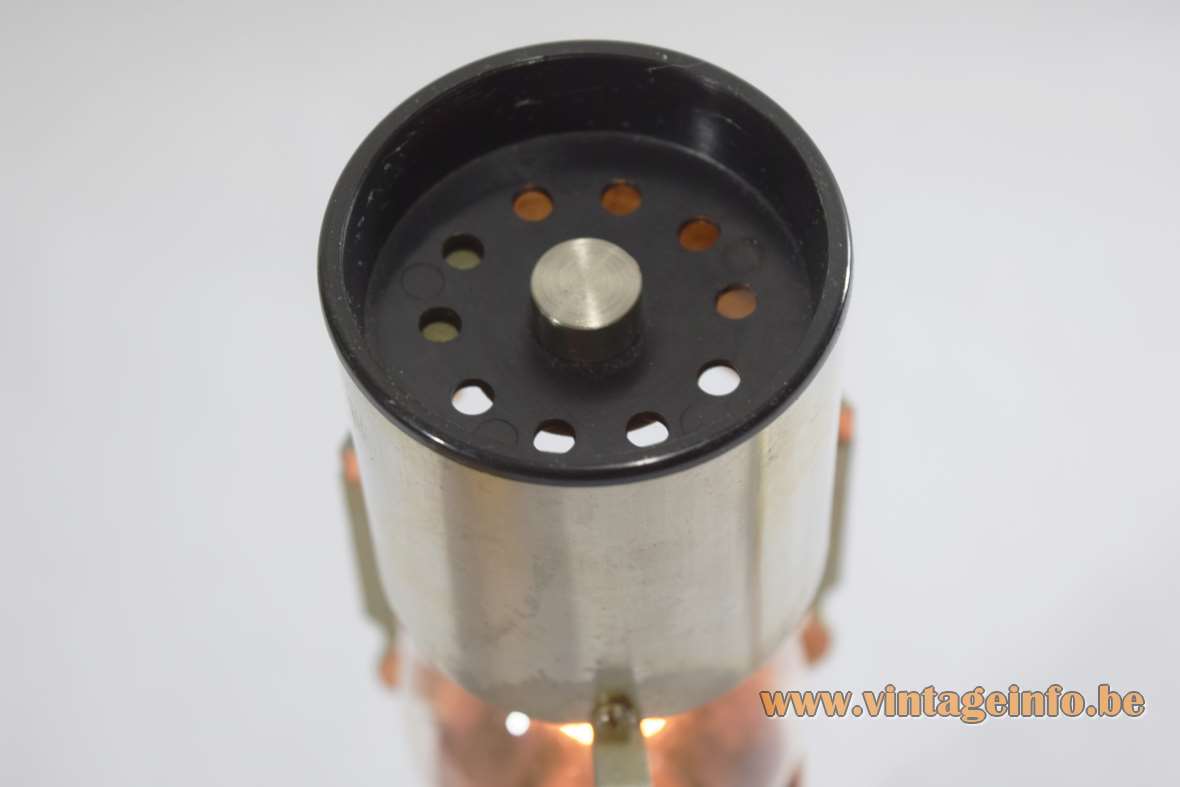 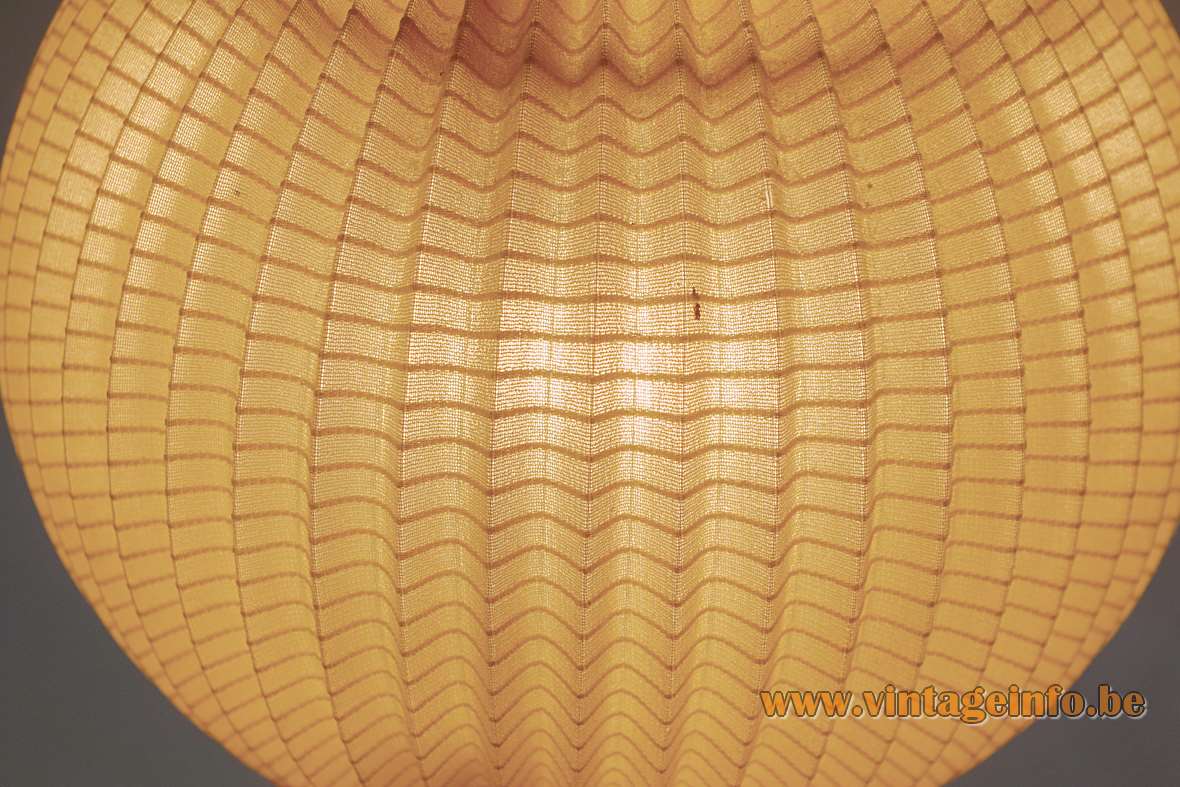 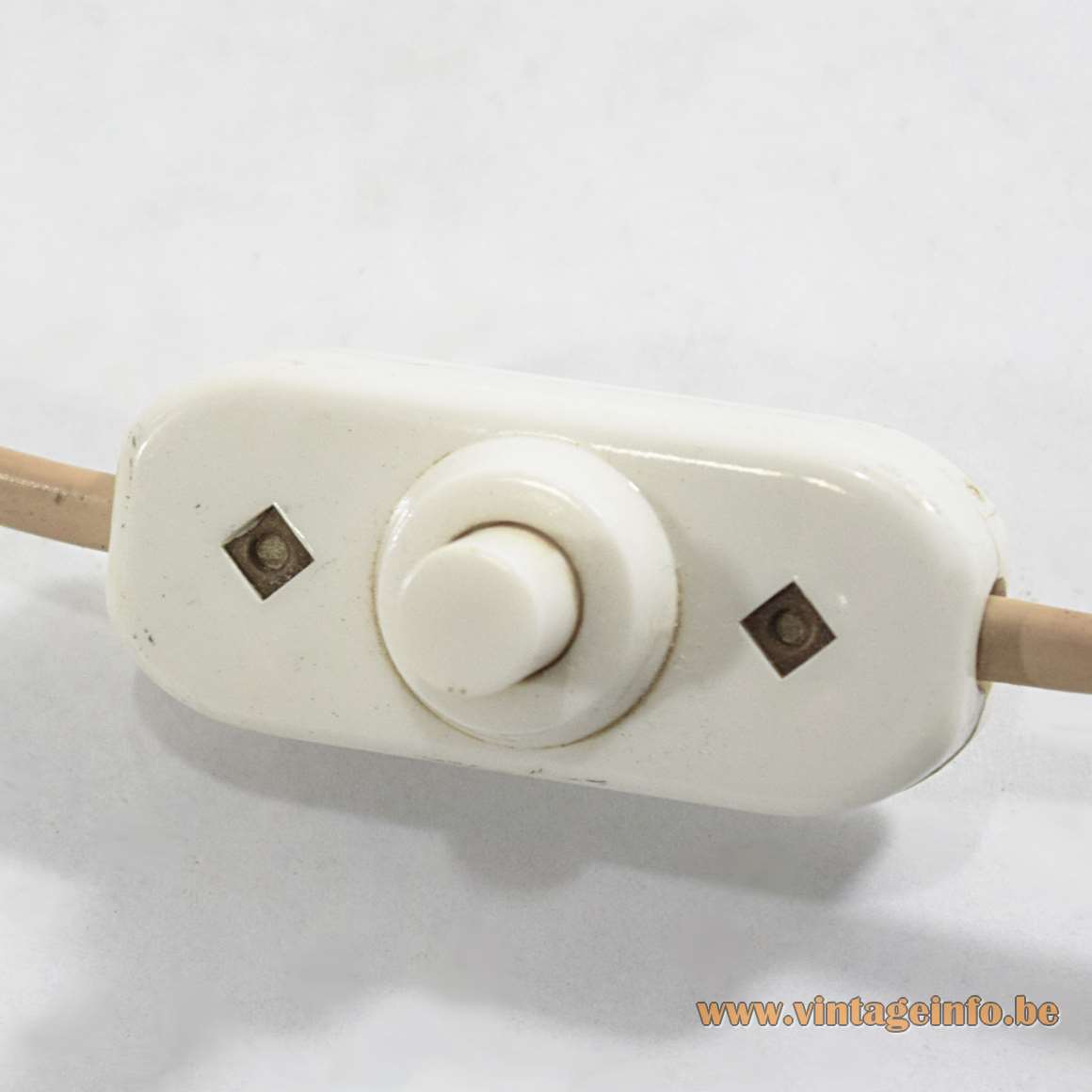 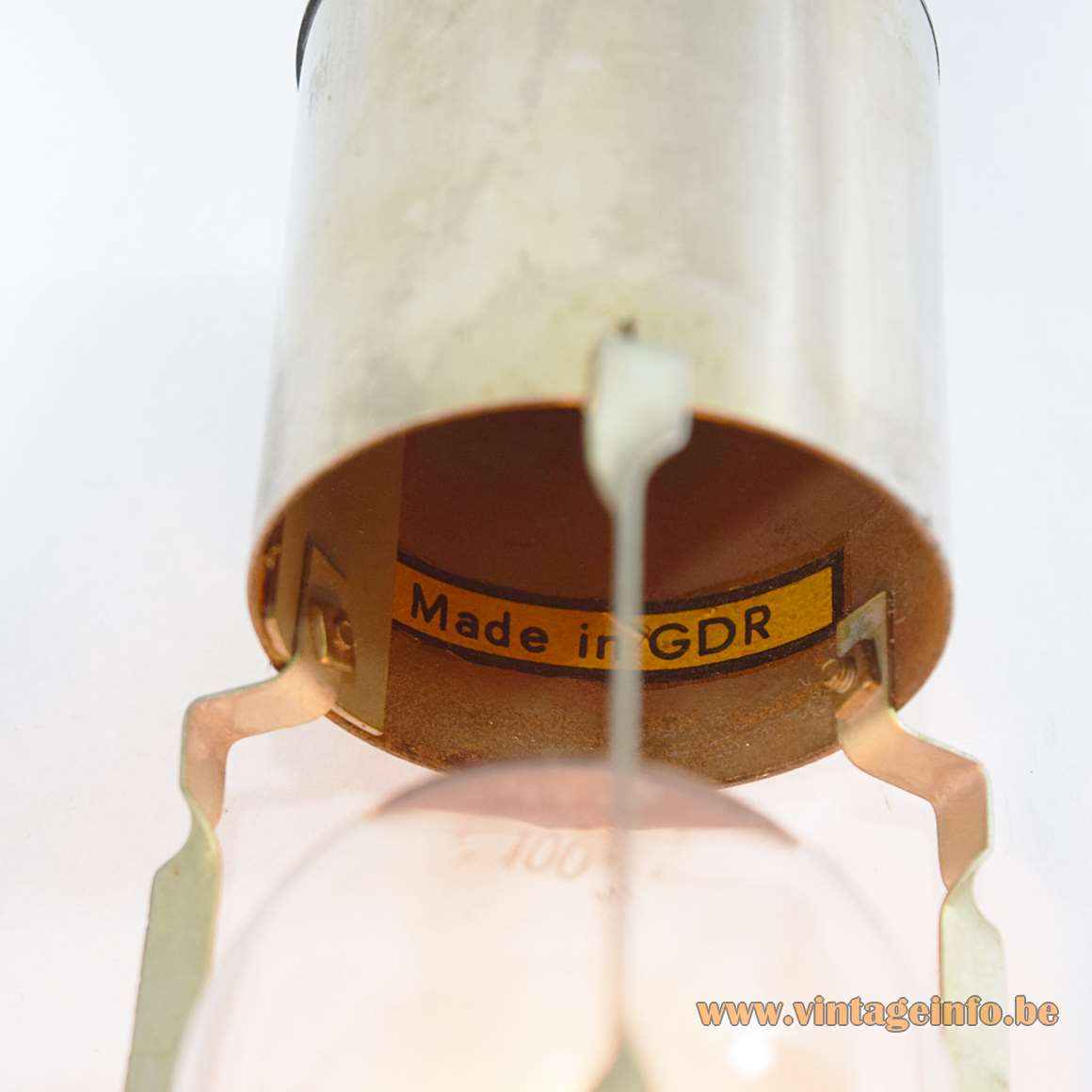 Other versions: This East German table lamp was probably made in some variations. A version by the same East German company exists with a small rod in stead of a tube.

This type of lampshade in folded fabric is often attributed to the French Rispal company. But Rispal only used similar lampshades for some lamps. The first folded fabric lamps were made by the Danish company Hoyrup. It was copied by many lighting producers.

The label is destroyed, only the label “Made in GDR” (German Democratic Republic) is complete, but it’s probably a lamp made by VEB Wohnraumleuchten, Stadtilm, Germany. this company used similar labels. 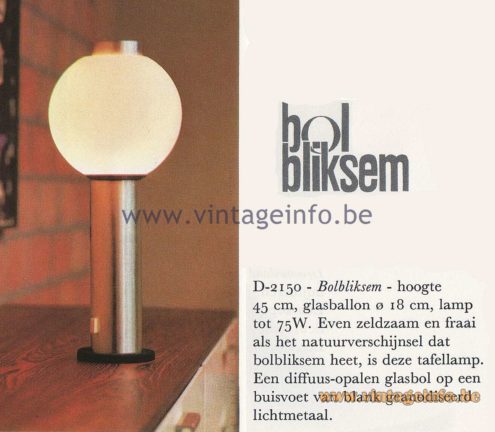 The city of Stadtilm – Wikipedia