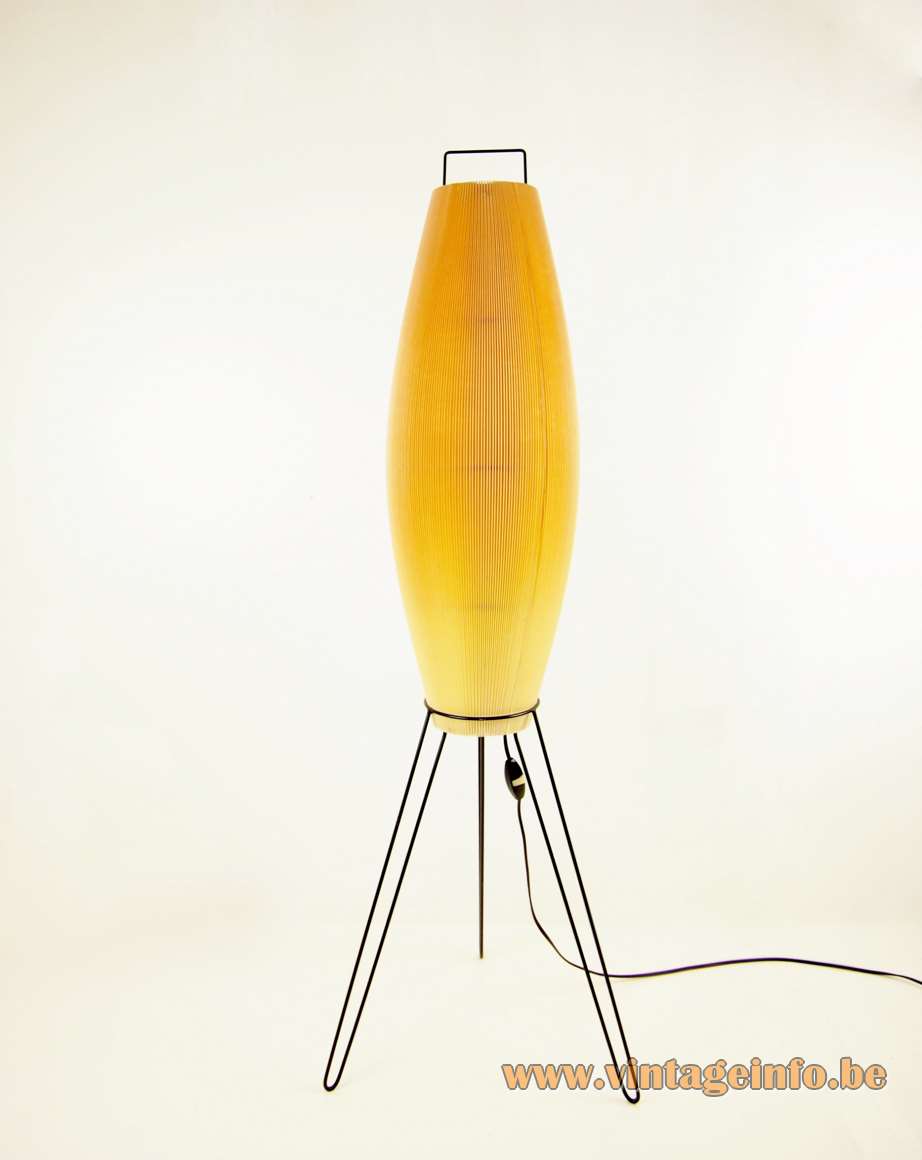 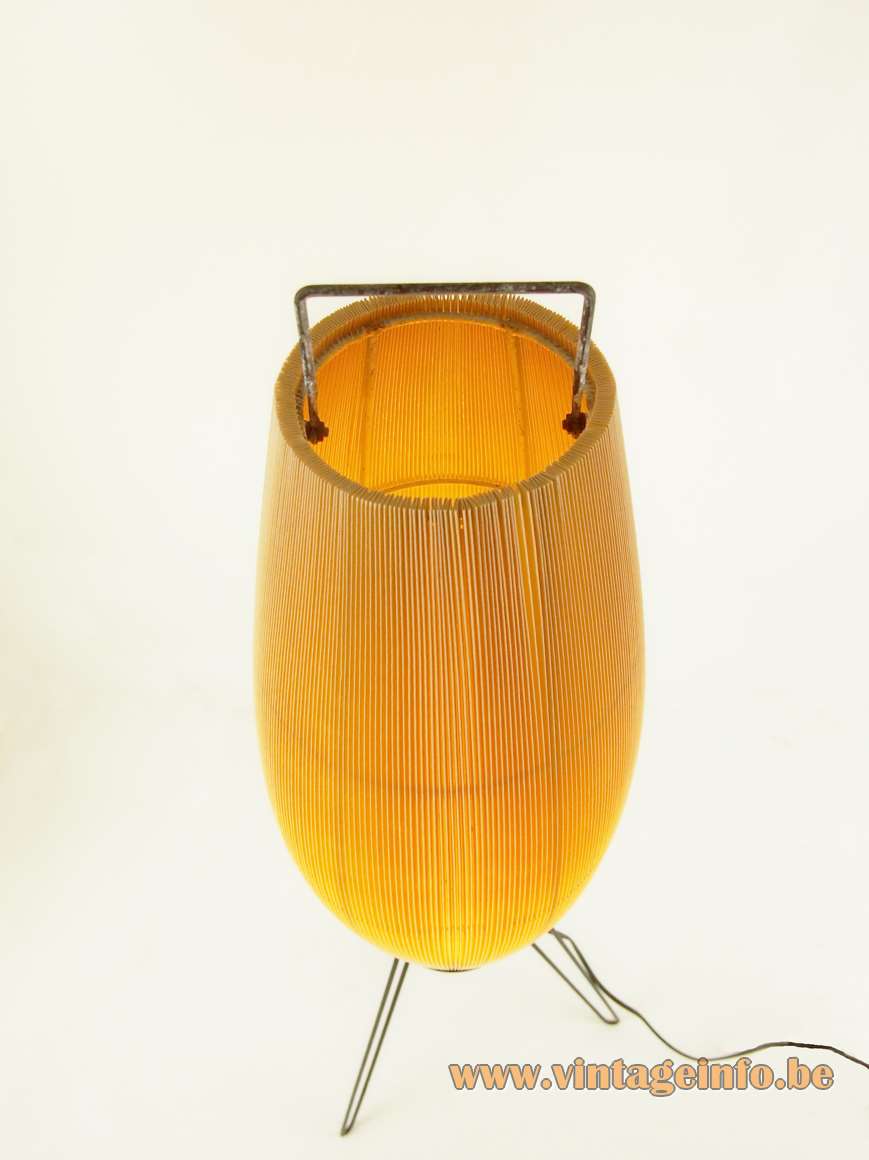 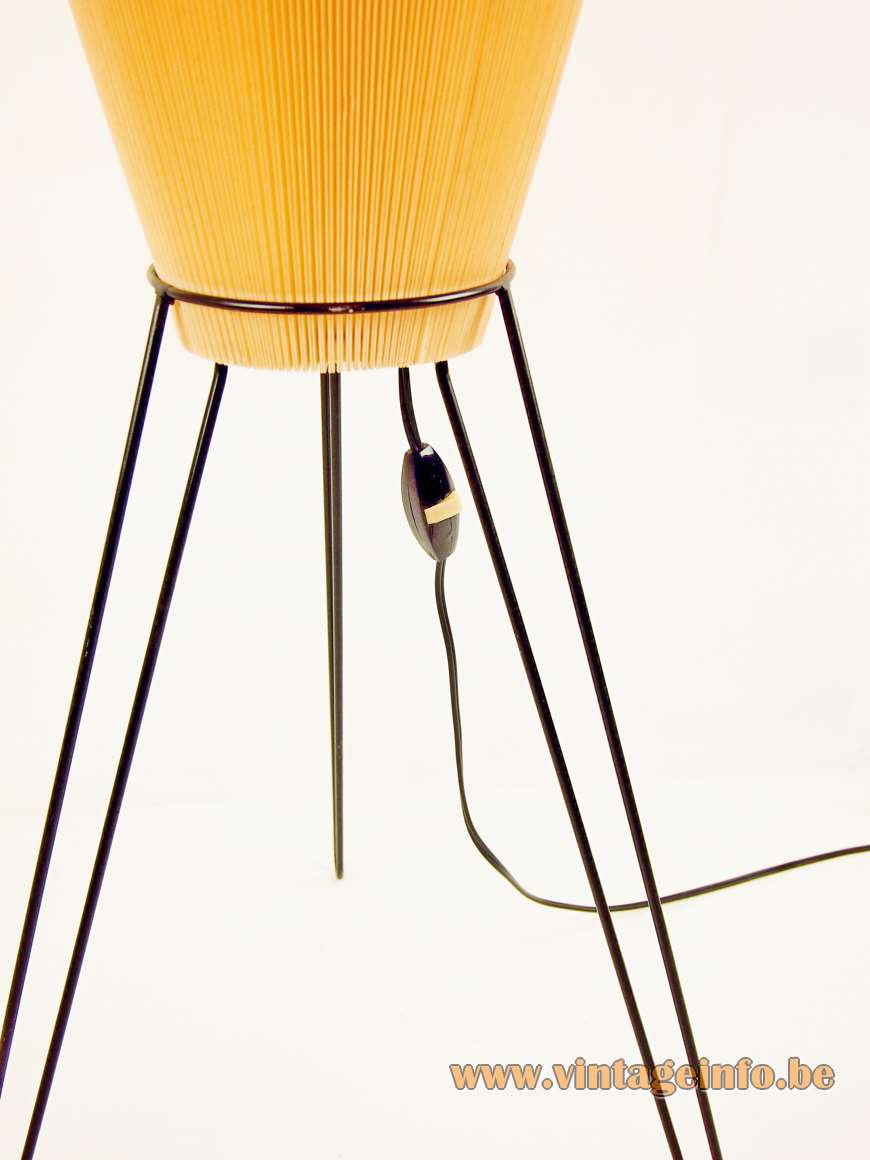 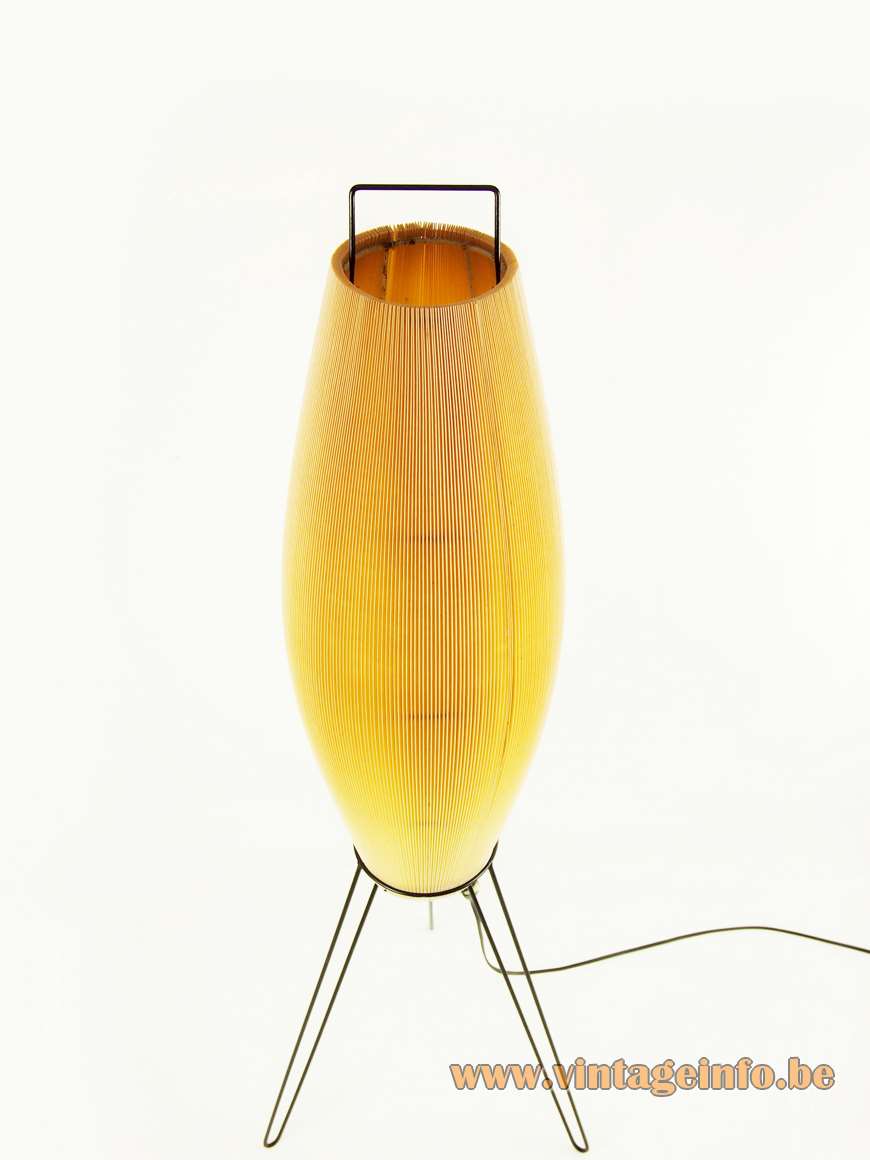 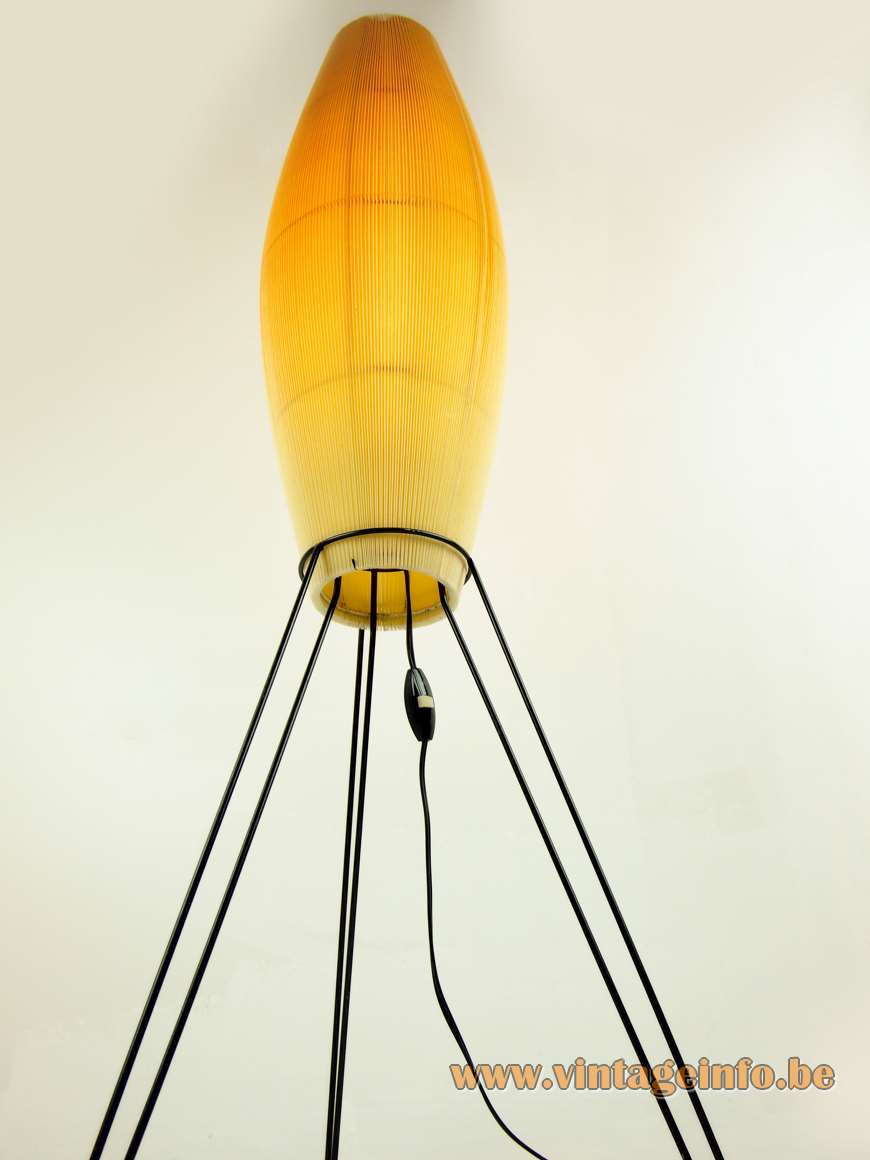 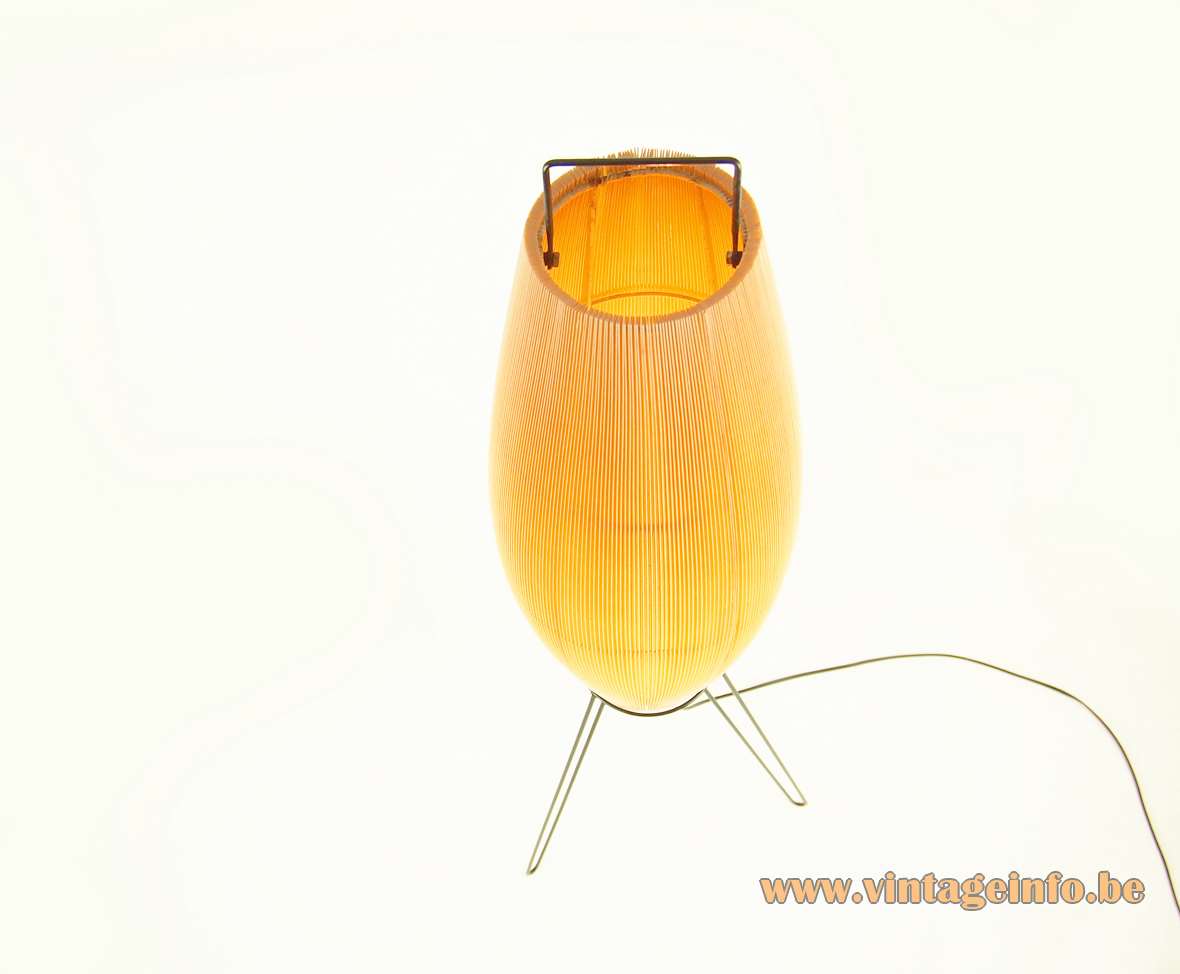 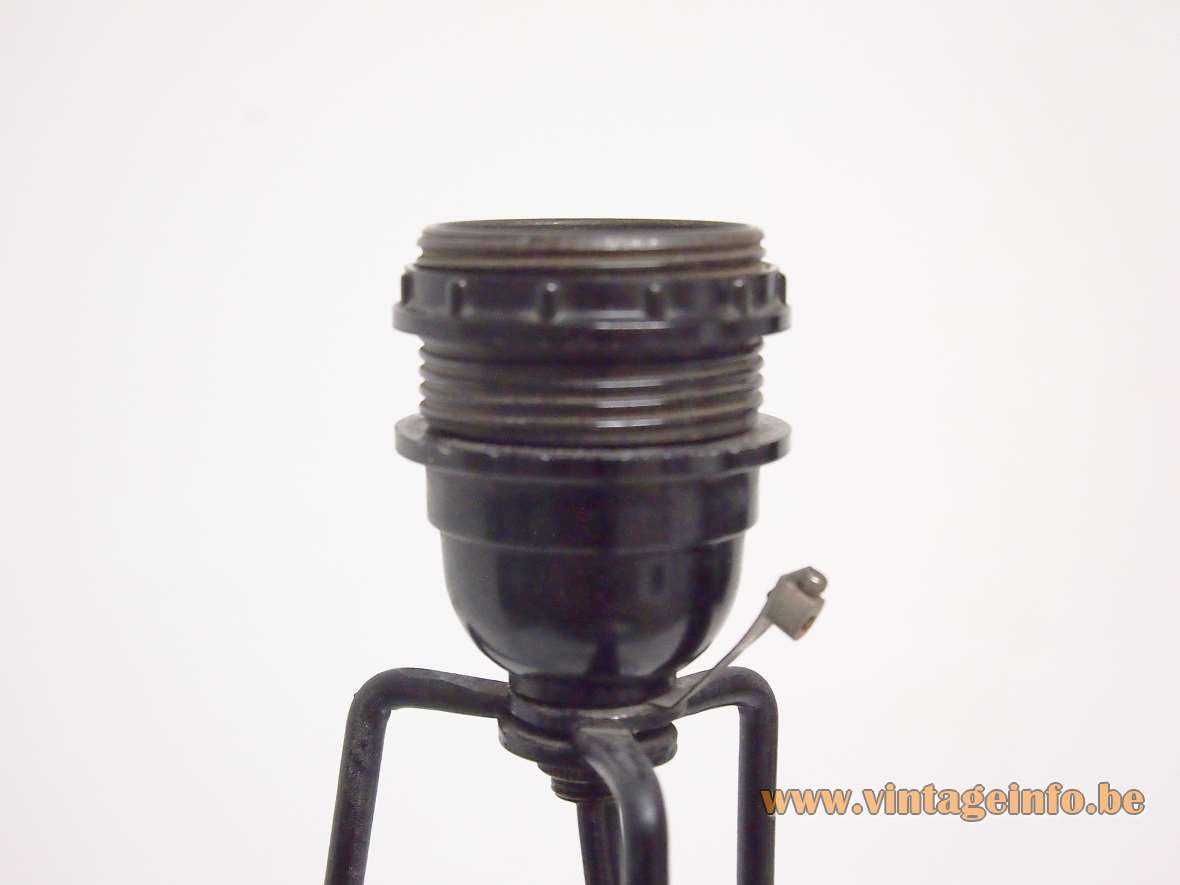 Unfortunately, no information can be found about this rocket floor lamp. It has all the looks of a 1950s rocket lamp, but the electric parts were made from the late 60s until the late 70s. In all probability it is a German lamp by Aro Leuchte.

The company was specialised in lamps made of acrylic in stead of glass. Many lamps were designed by other companies in the 1950s and 1960s. Aro-Leuchte produced the plastic versions in the 70s. You can find several examples on the Vintageinfo website. The company used both Aro-Leuchte as Aro-Leuchten on their labels. The website was also with the N.

The “manchette” or “cuff” plastic is stretchable thanks to the folds, and therefore fits perfectly on the frame. This kind of plastic has been used for years to decorate flower pots and it is still available today.

The precursor of this cuff plastic was made of the very flammable cellulose acetate (Rhodoïd). It was often used for lamps in the 1930s, 40s and 50s. Rhodoïd is a French and English trade name. Other names used for cellulose acetate: Tenite, Zyl, Zylonite, Cellon. Acrylic (1930s) and PVC (1920s) were discovered before World War II, but was only widely used since the late 1950s.

Lamps with these type of lampshades are often attributed to the famous French designer Georges Léon Rispal. Rispal is best known for his original creations and biomorphic forms. For some lampshades he used similar materials.

This tripod hairpin rocket floor lamp was acquired in Germany, maybe it is a German lamp.

Maybe the switch was a replacement later in time. It is a French switch produced since the 1950s and it is still for sale.

Other lamps with this type of plastic