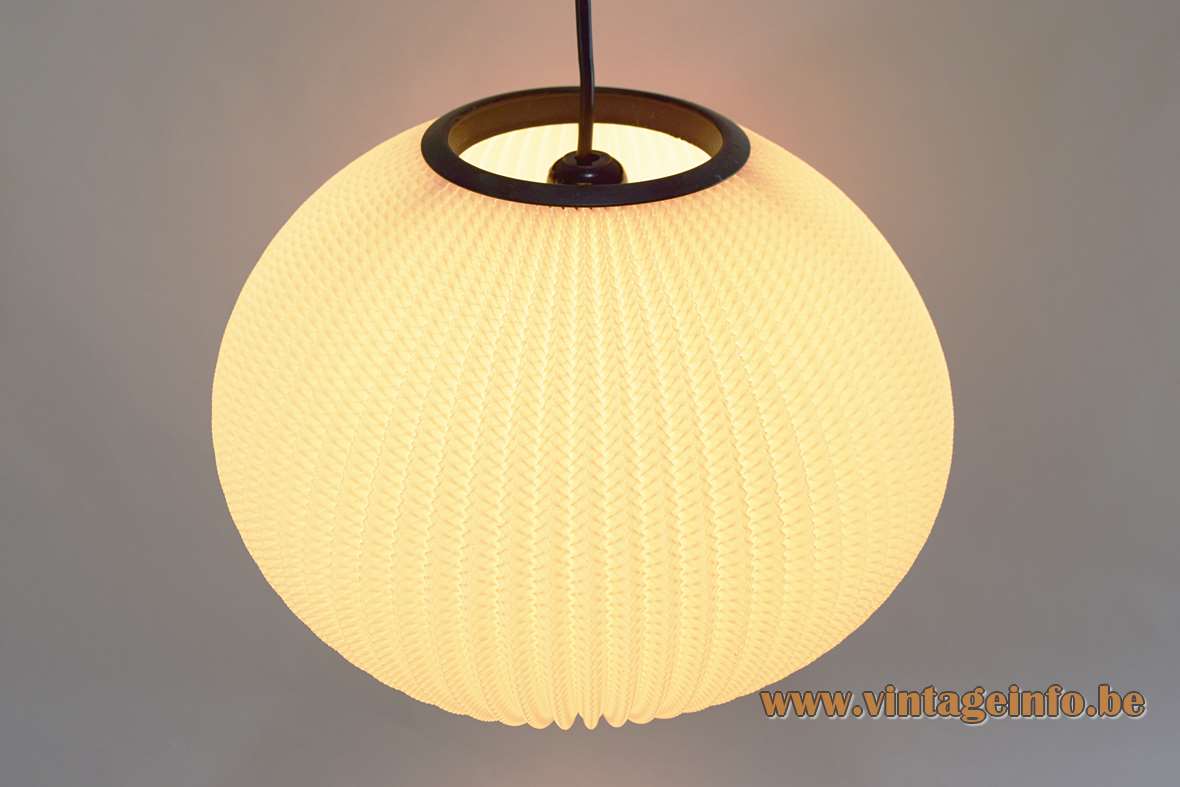 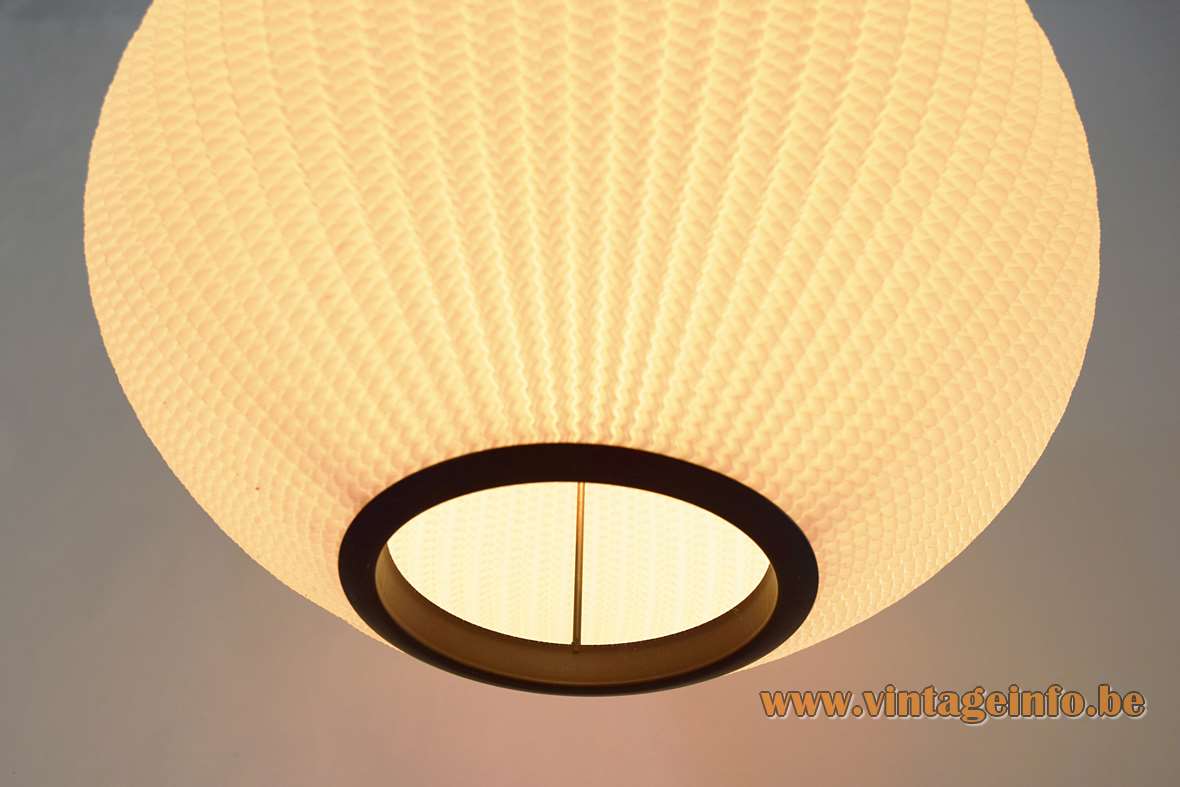 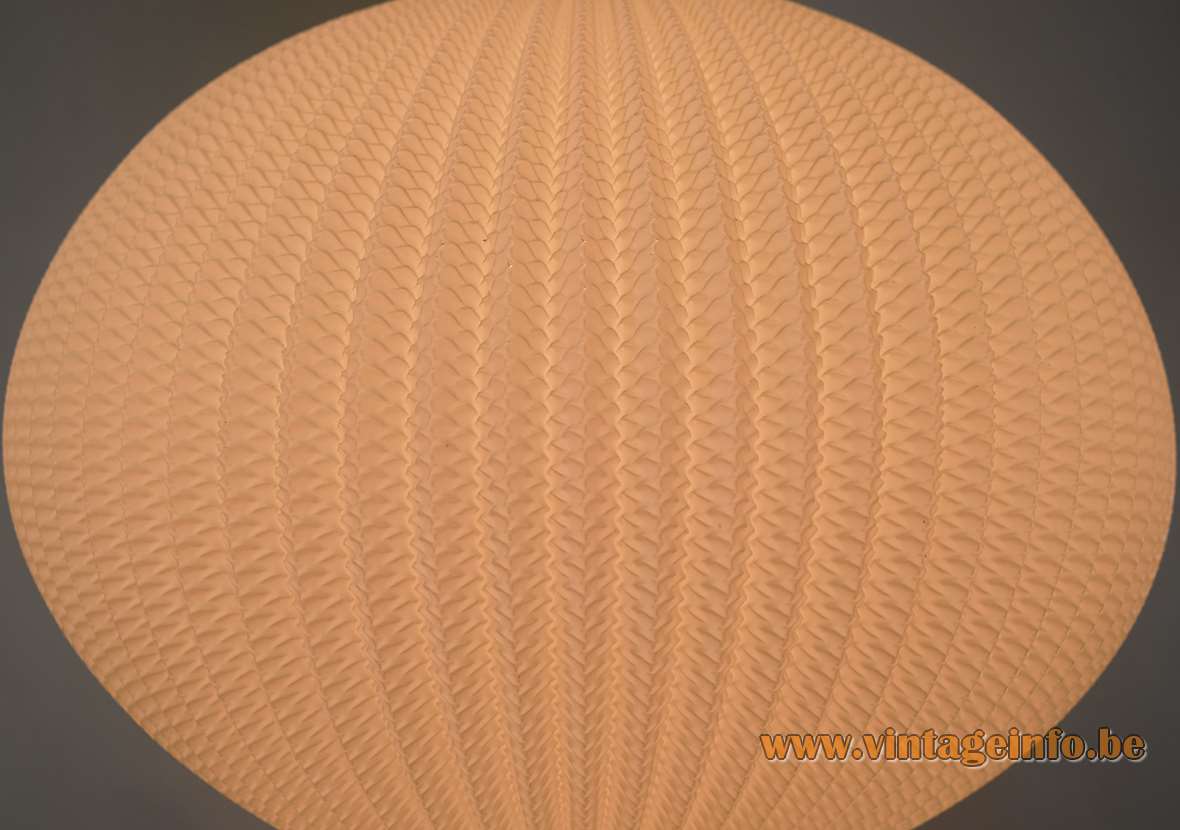 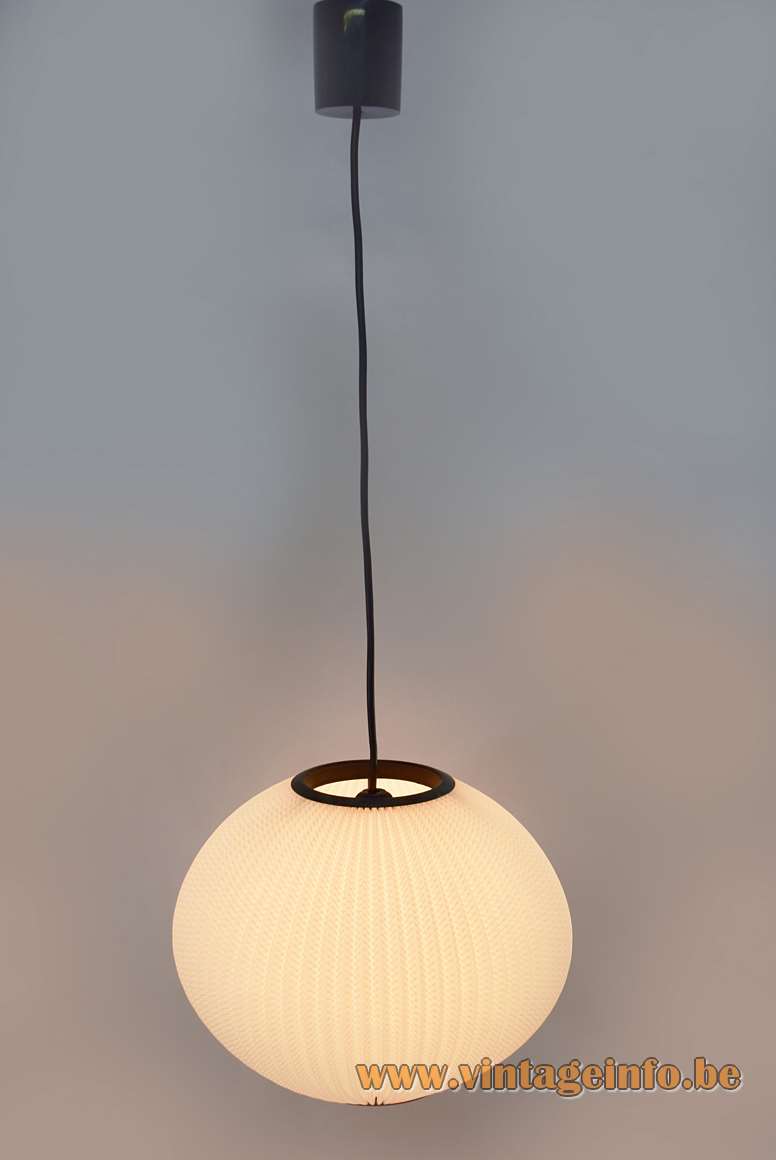 Other versions: This Pearlshade pendant lamp exists at least also in orange with white rims. You can find it over here.

Although it looks very similar to the Pearlshade lamps of the Danish Hoyrup, it is not. Not only they never produced a complete round one, the two rings are completely different. The top part was always slightly larger and rounder than the bottom part. In the beginning these lamps were also produced with a wire-frame. Later a clear plastic tube was used. It was glued together with the top and bottom ring. The fragile plastic was produced by the German company Dynamit Nobel from Troisdorf.

Orange Pearlshade pendant lamp (orange version of this one)