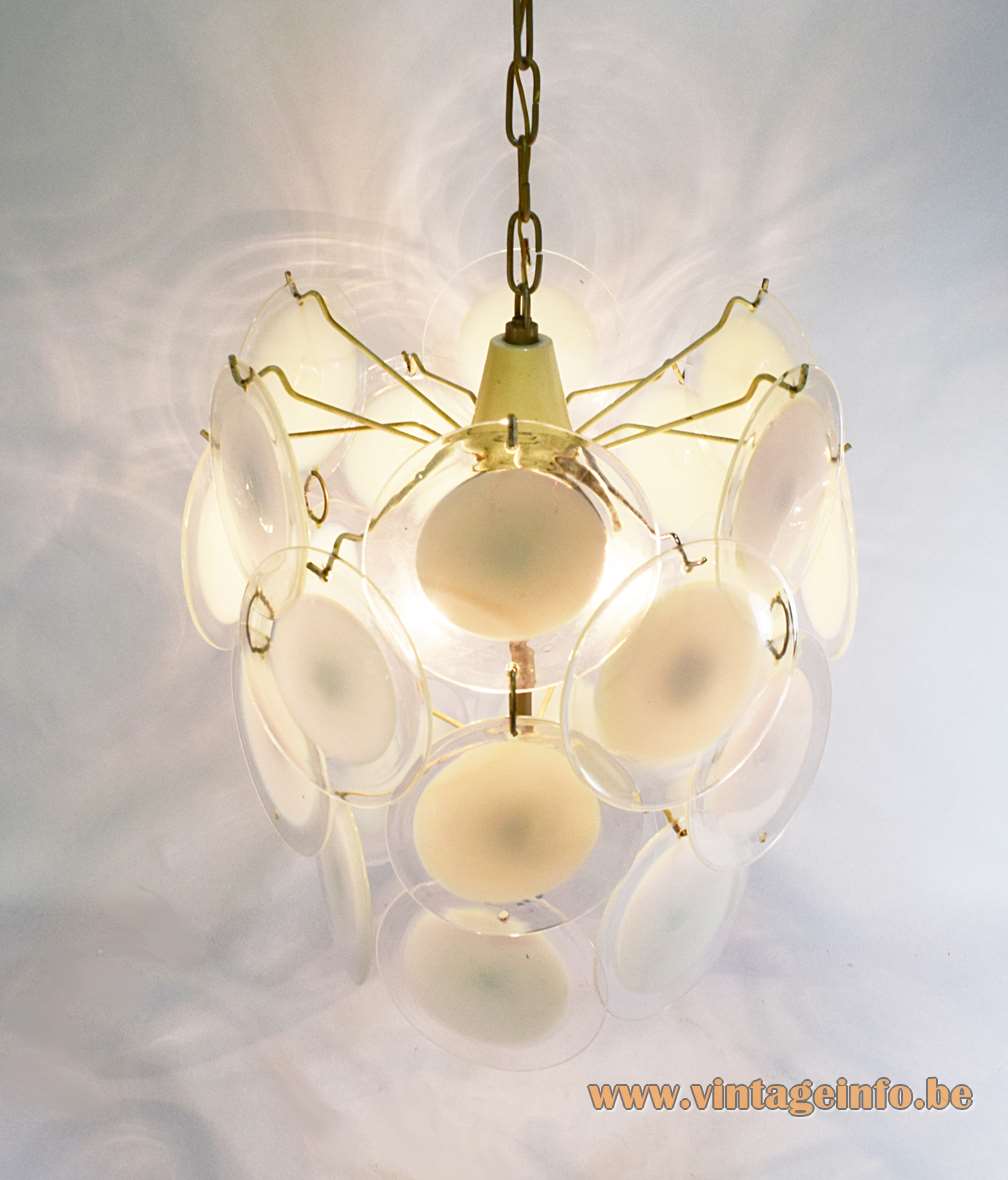 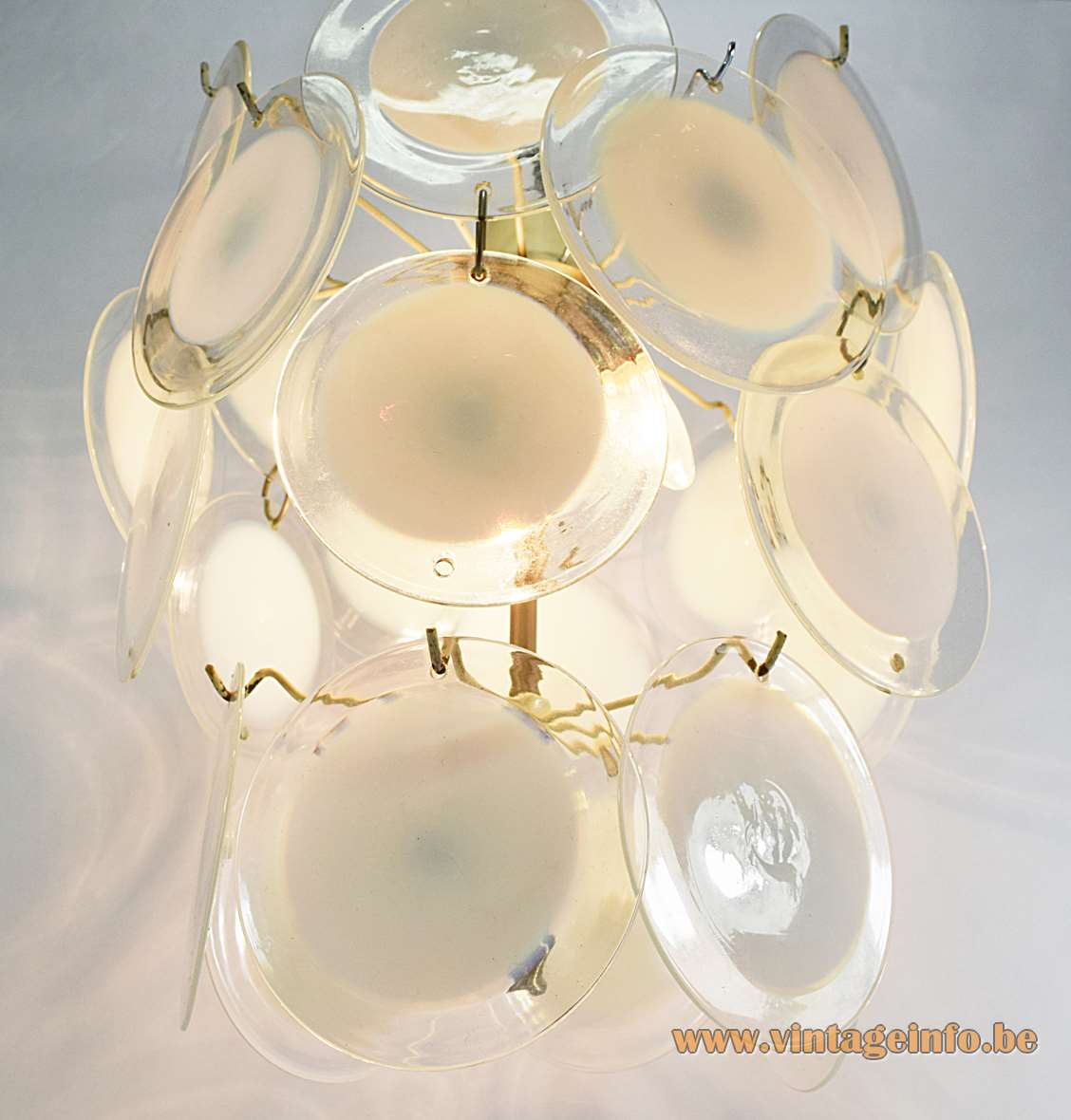 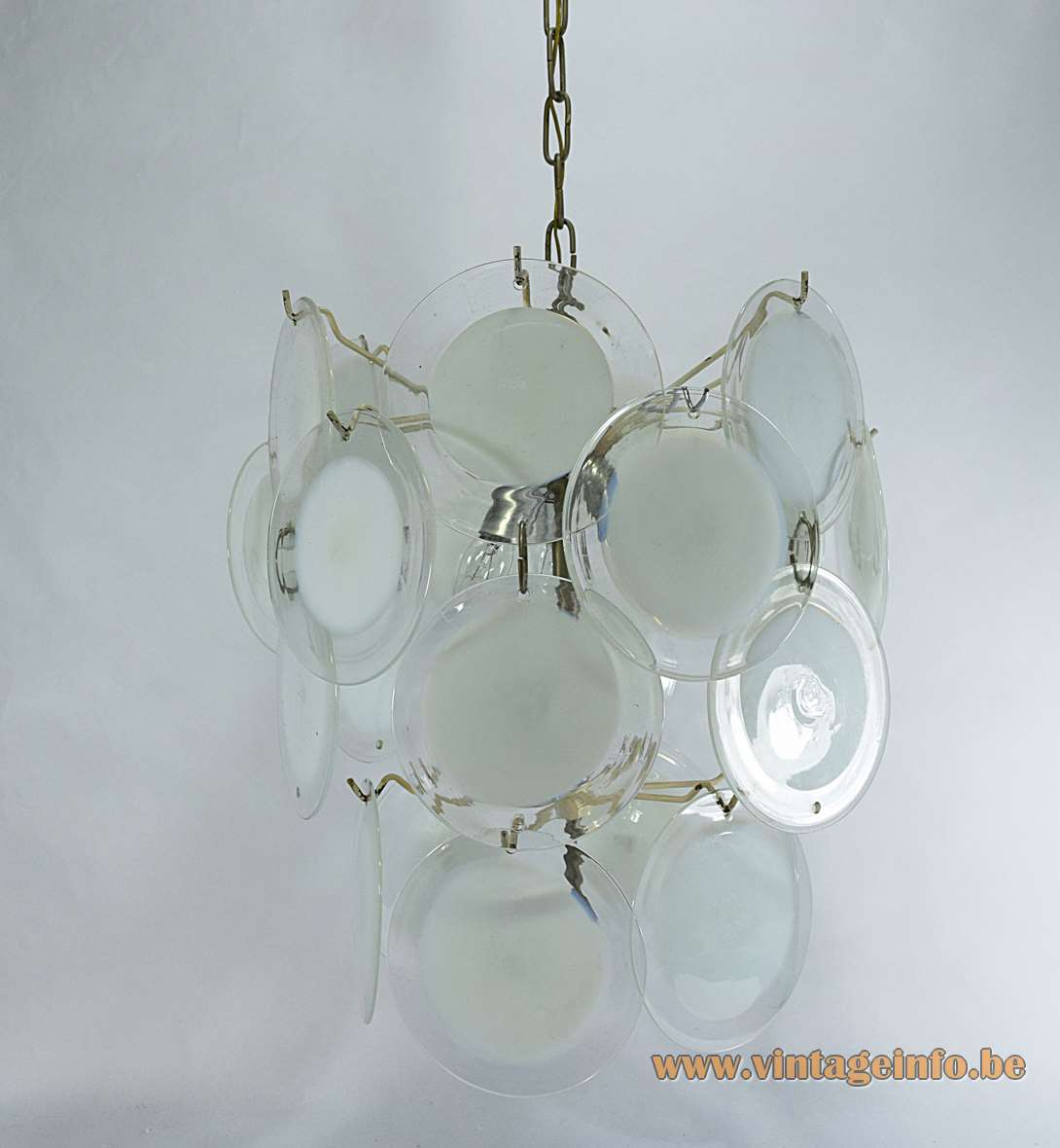 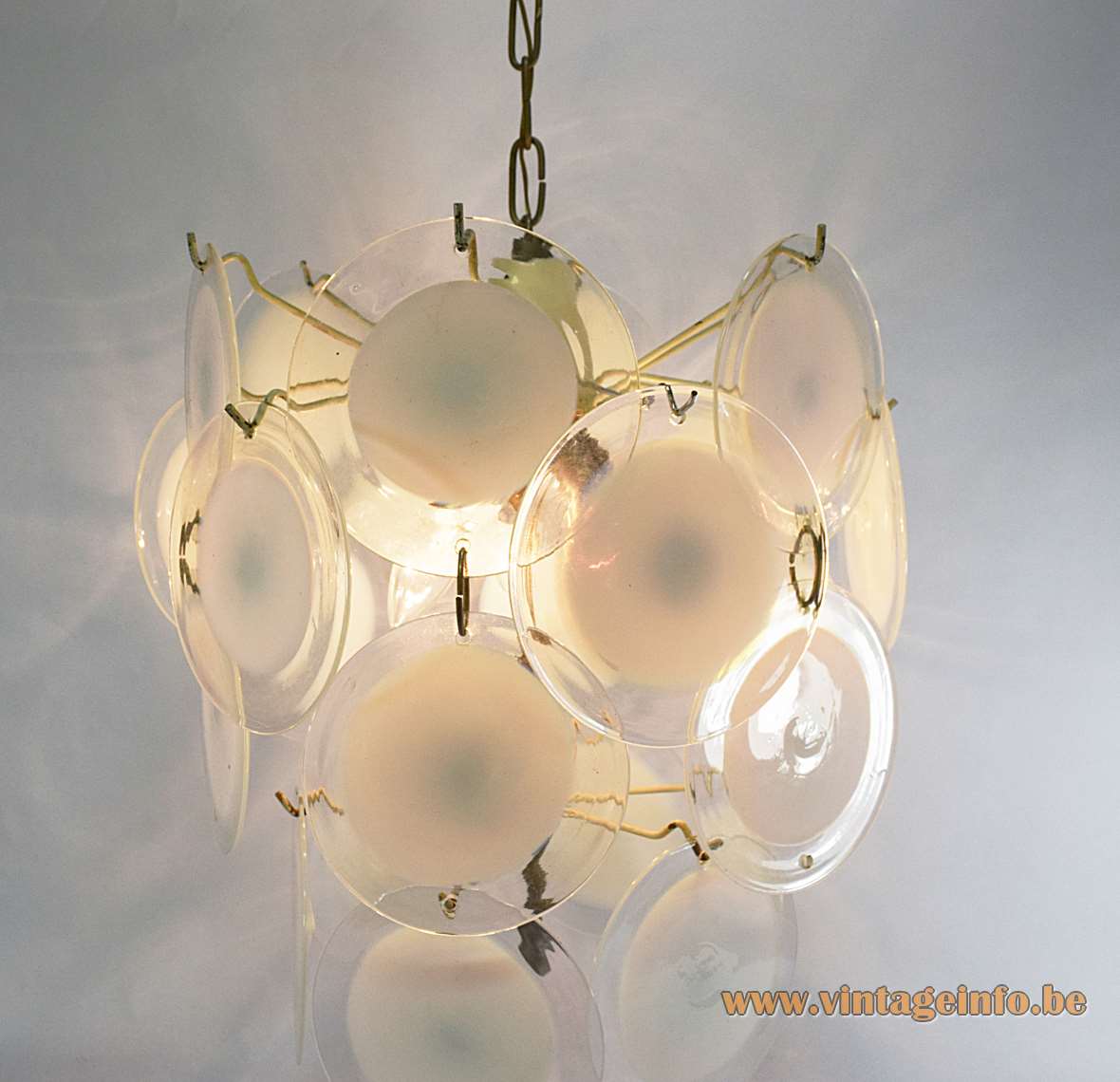 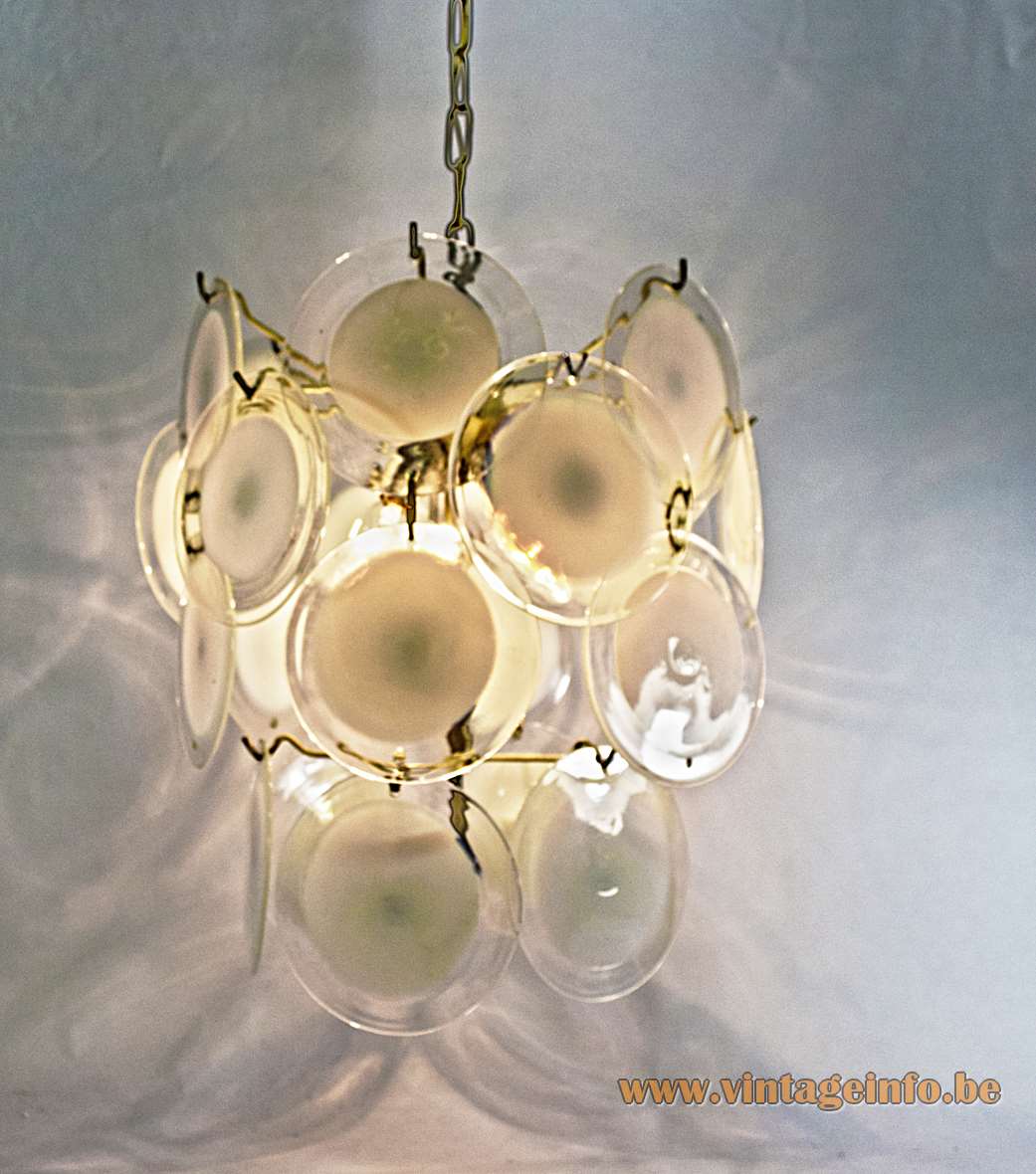 Other versions: This 24 white discs murano chandelier was made in many different sizes and colours. Made with more or less discs, as a wall lamp, a flush mount and a table lamp.