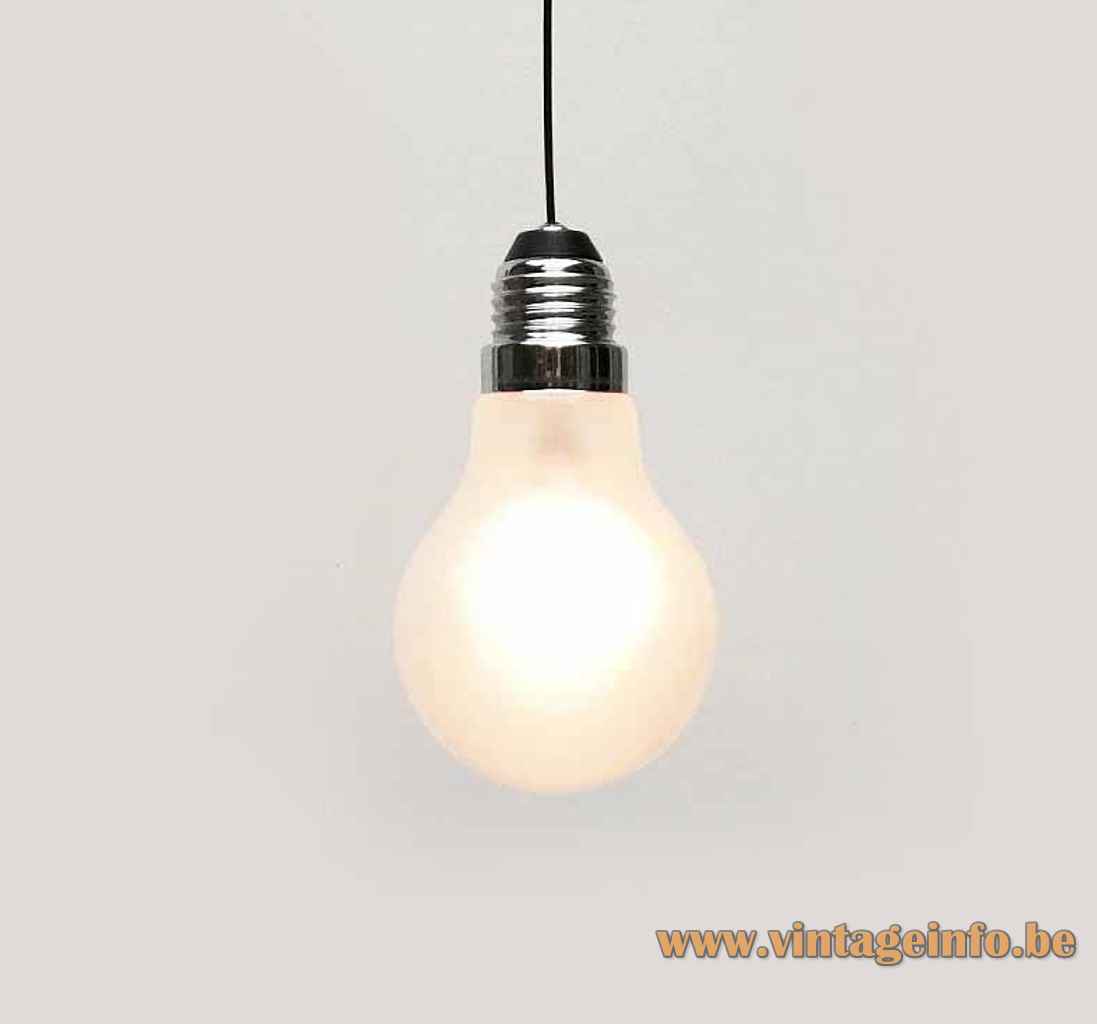 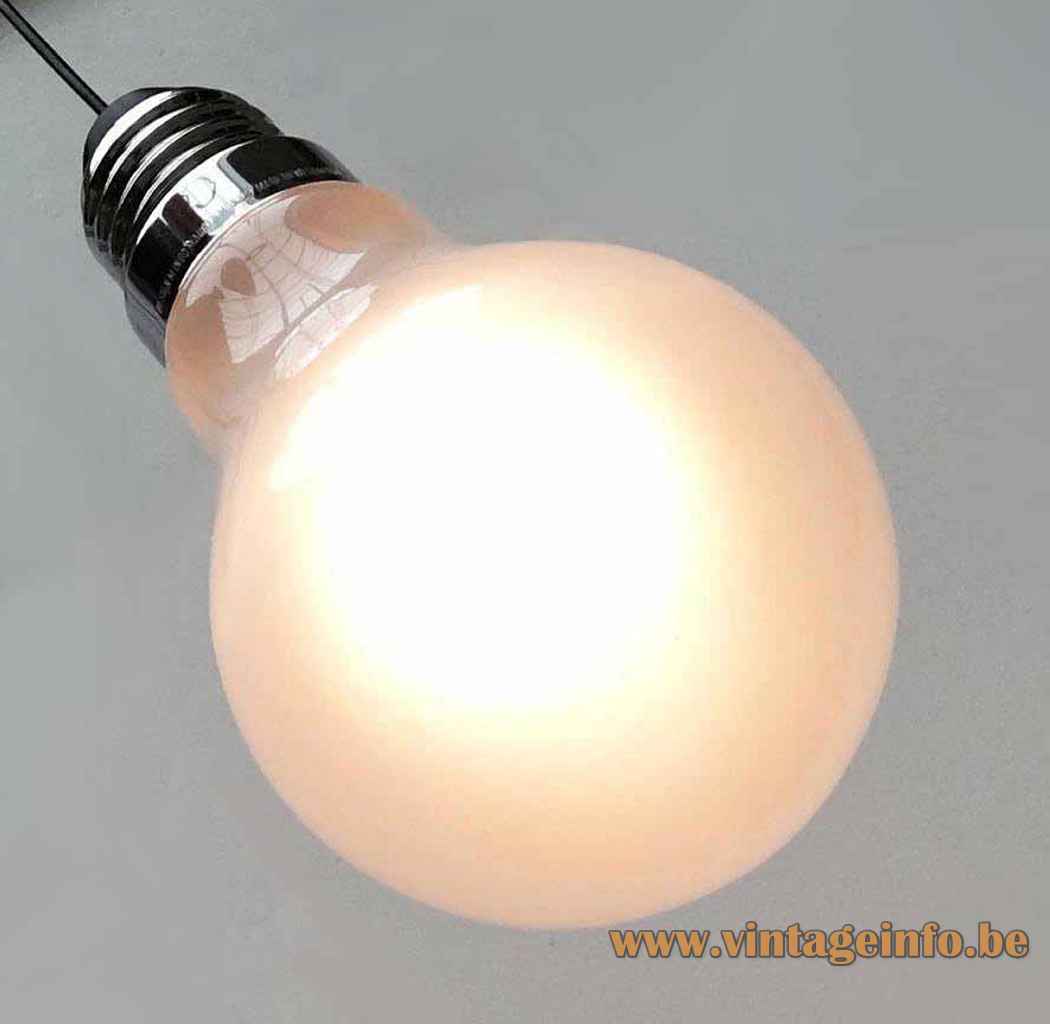 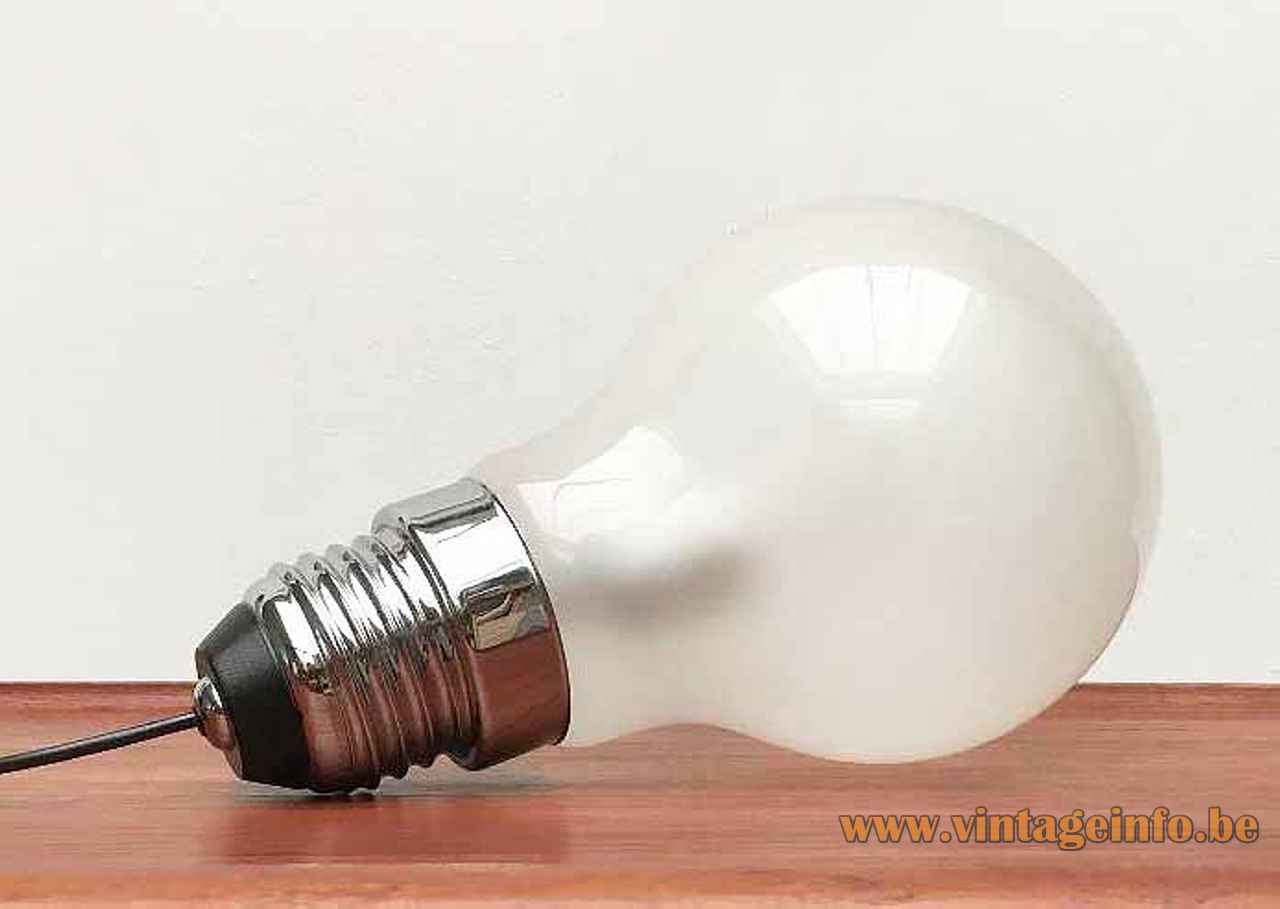 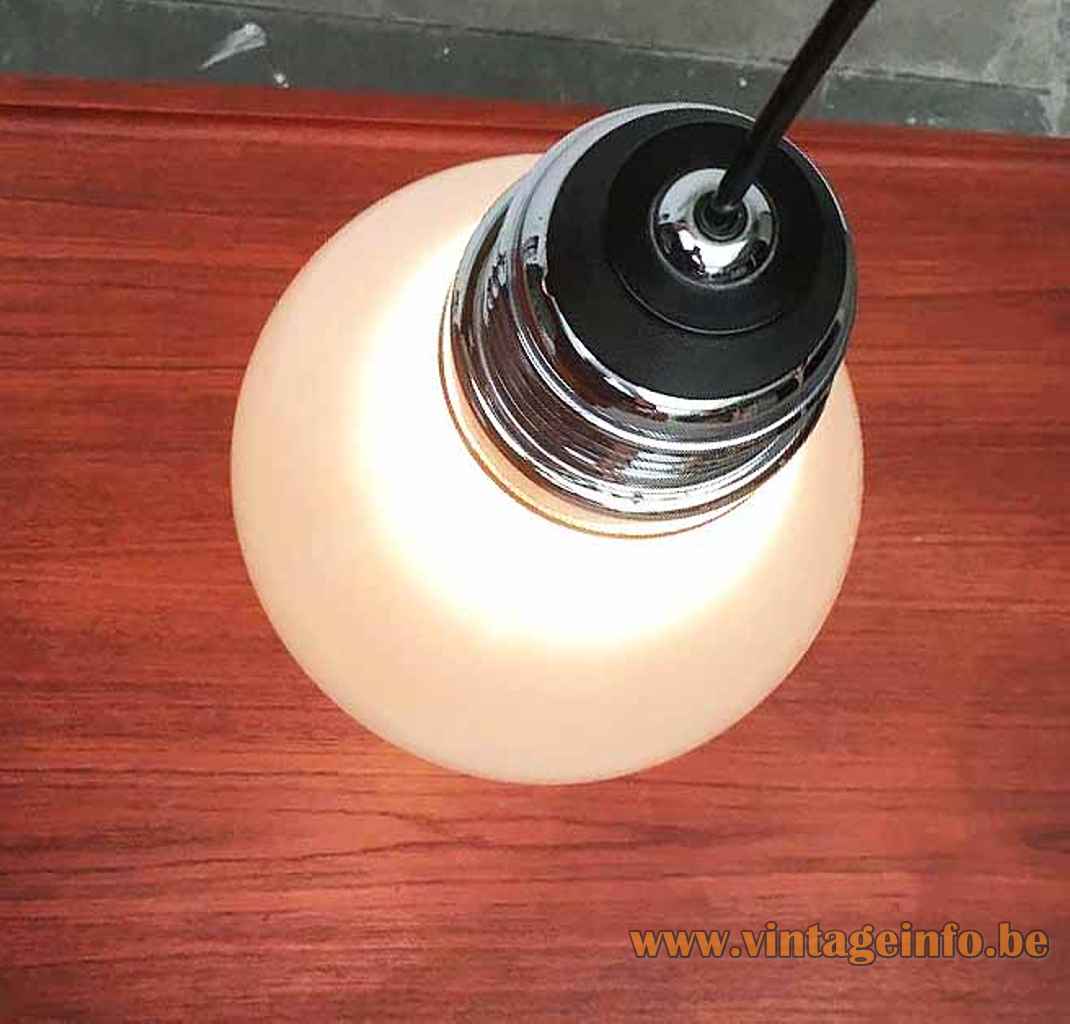 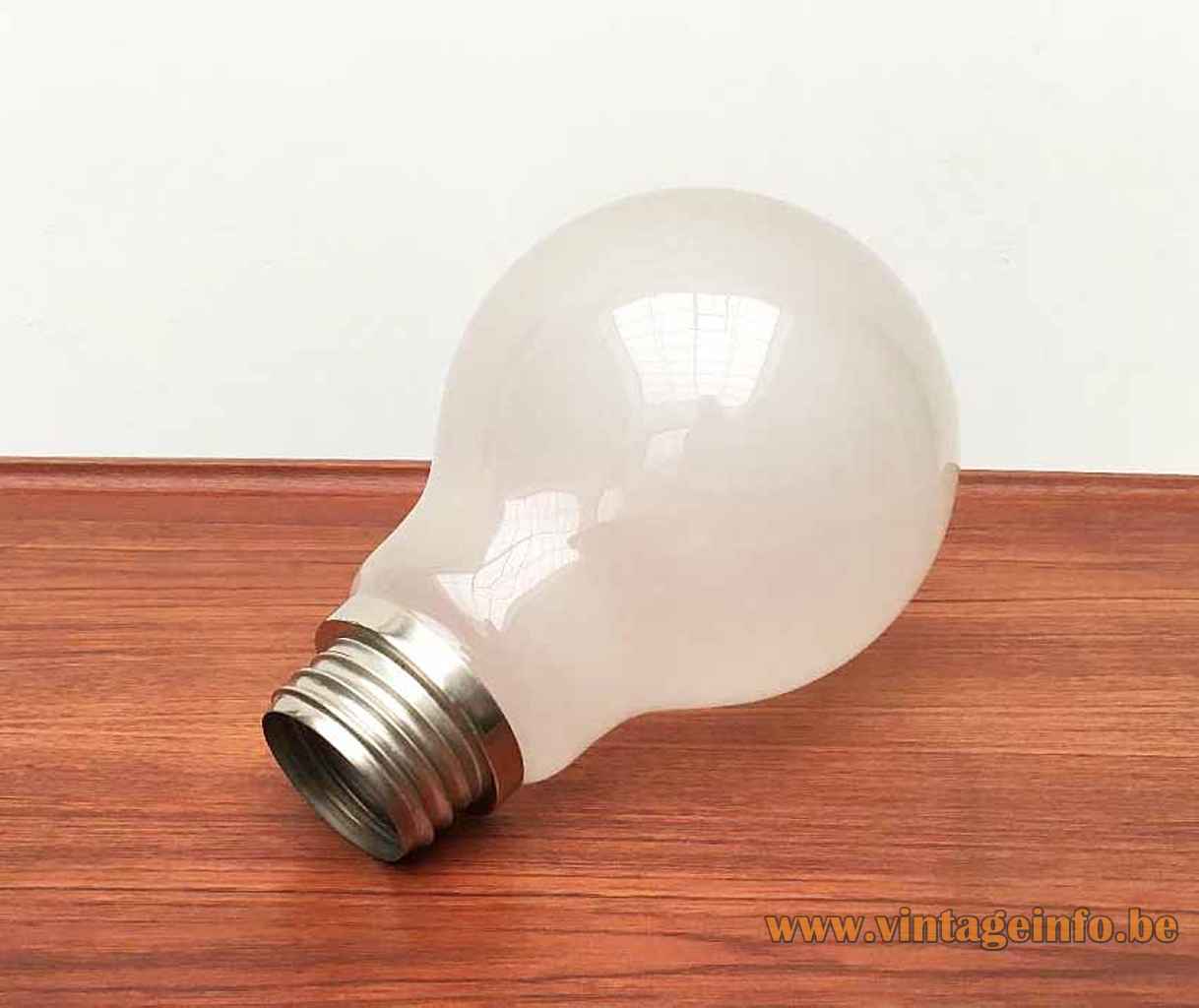 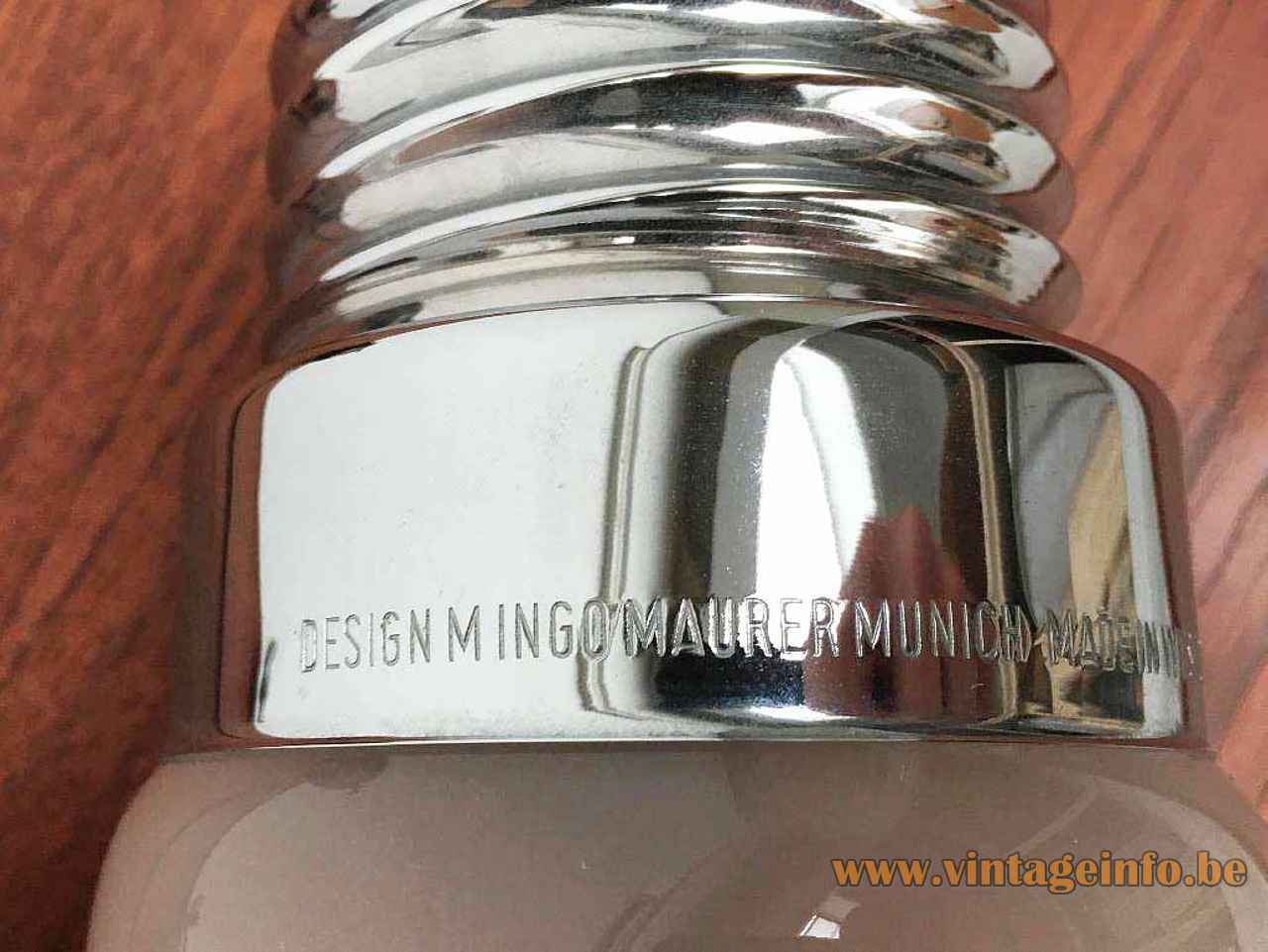 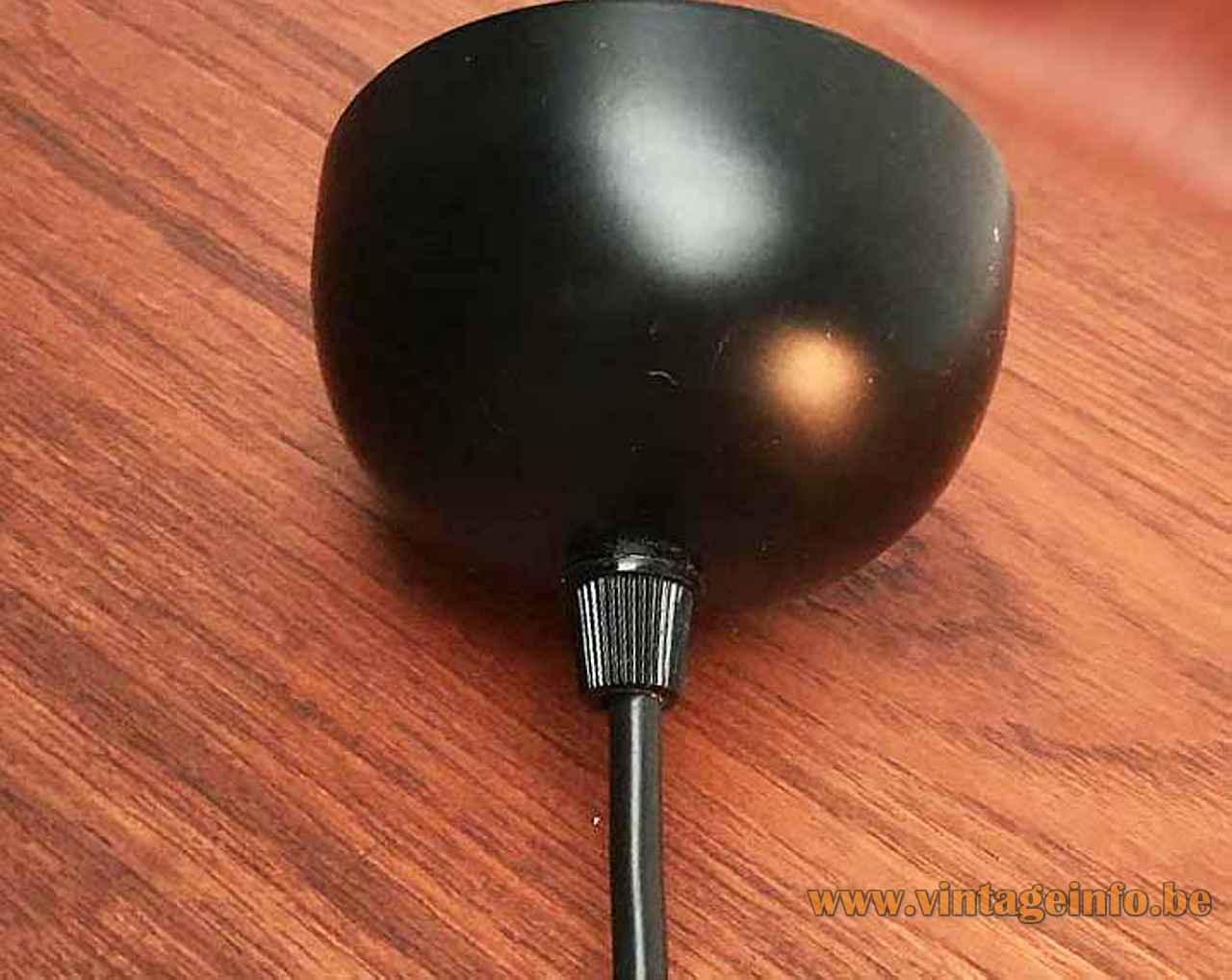 Other versions: The Thomas Alva Edison pendant lamp was also made in a floor lamp version with a switch on cord.

Designed in 1979 for the 100th anniversary of the invention of the light bulb by Thomas Alva Edison in 1879. (The light bulb was already invented in 1806 by Humphry Davy)

Several other companies made bulb lamps, you can find a few in the links below.

In 1966 he founded his company Design M. and his first lamp was born: Bulb. Maurer received several design awards. His most well known lamps are on display in several museums such as the MoMA in New York.

He designed the Bulb table lamp in 1966 and the Gulp desk lamp in 1969. The Light Structure pendant lamp as co-designer in 1970. His Little Black Nothing pendant lamp and the YaYaHo low-voltage halogen system in 1988.