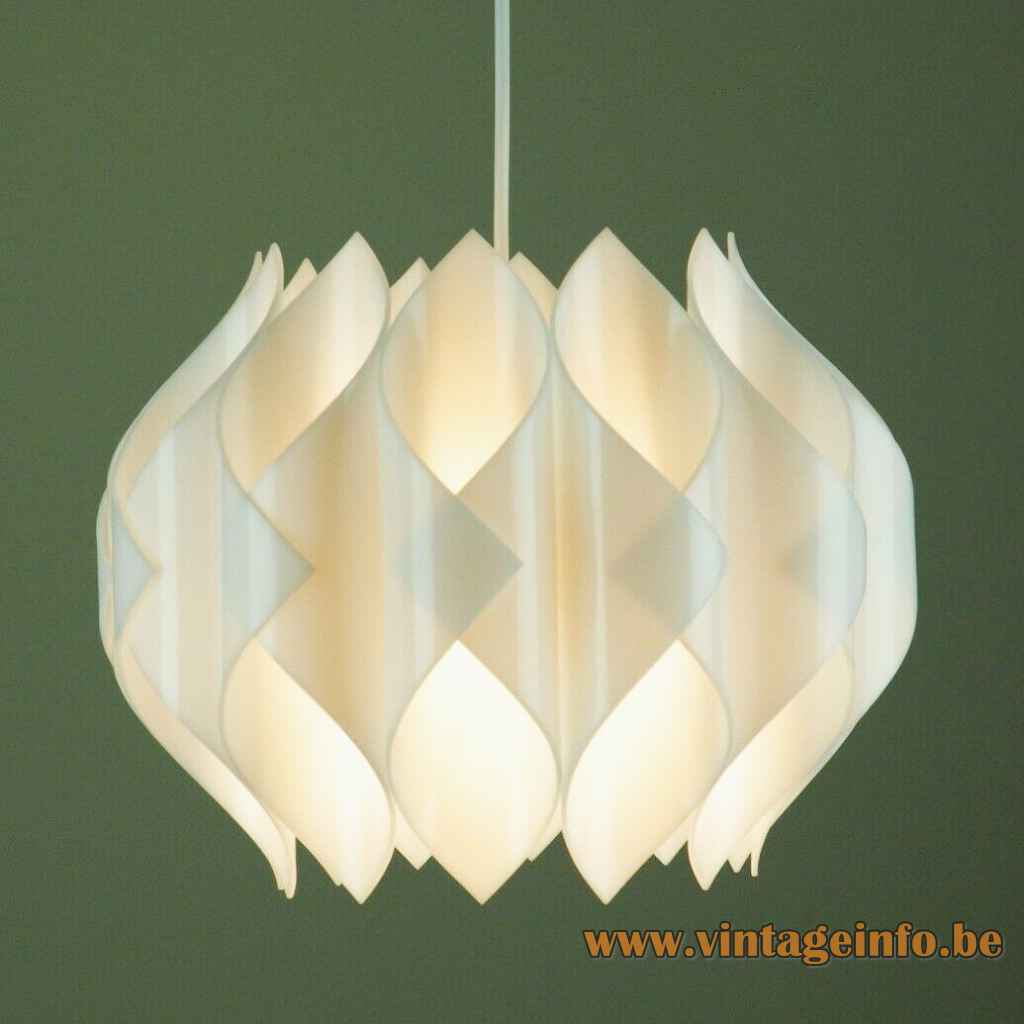 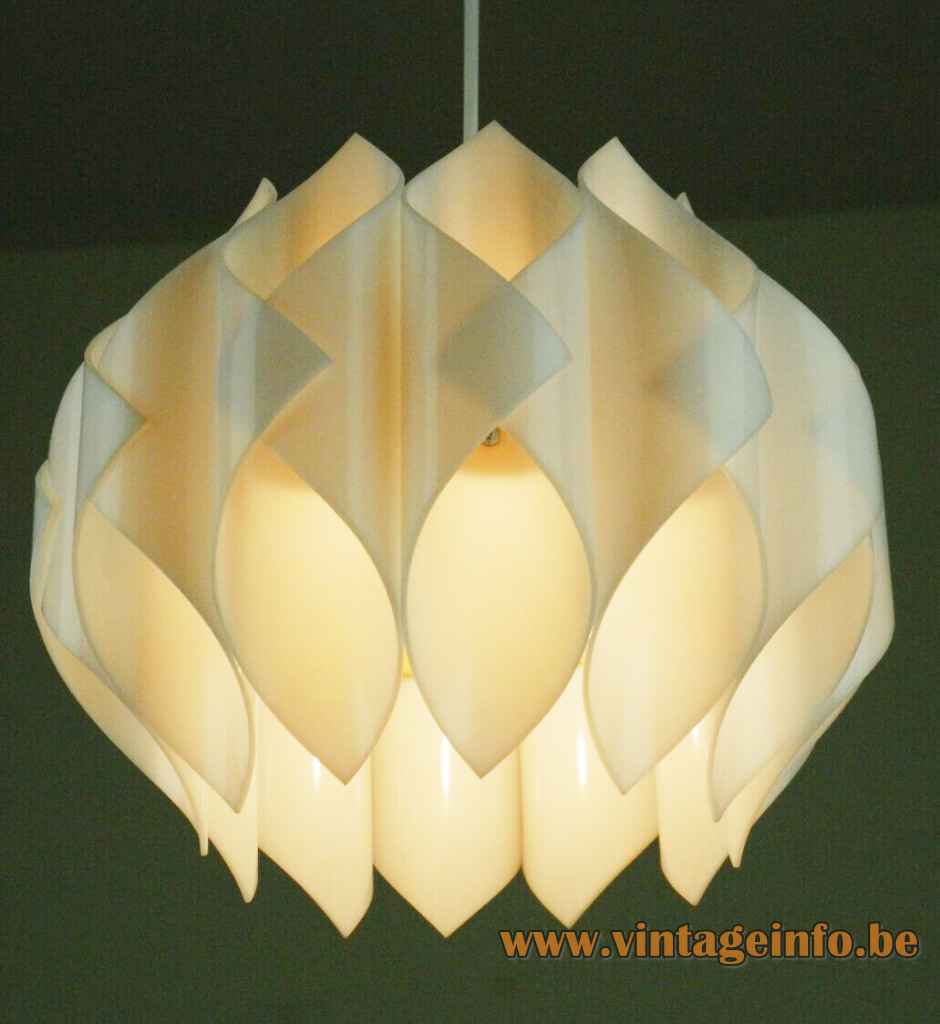 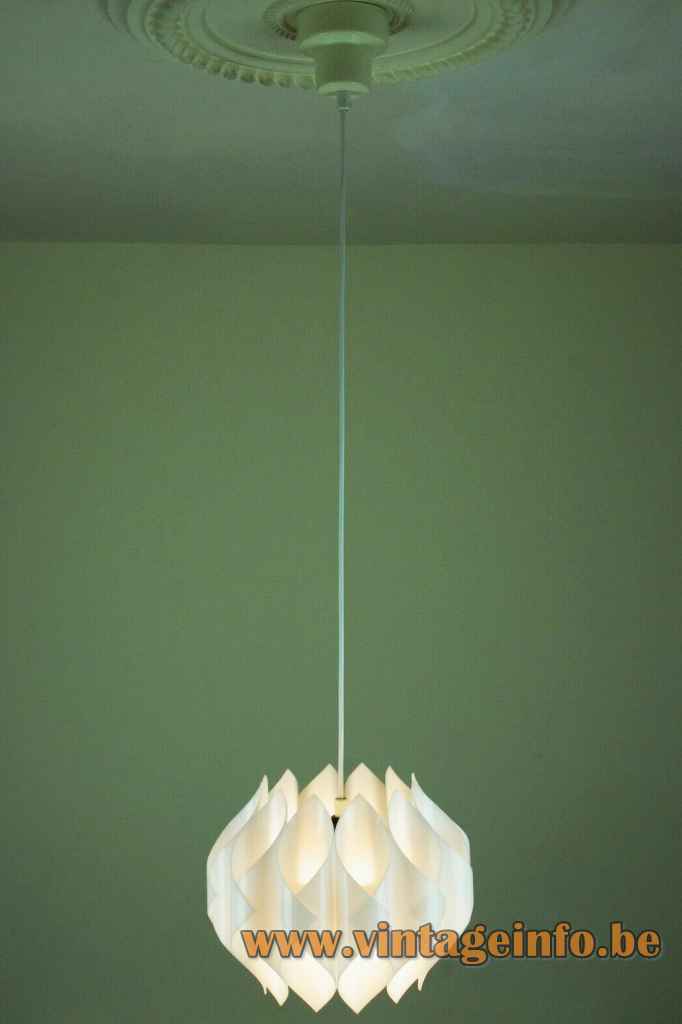 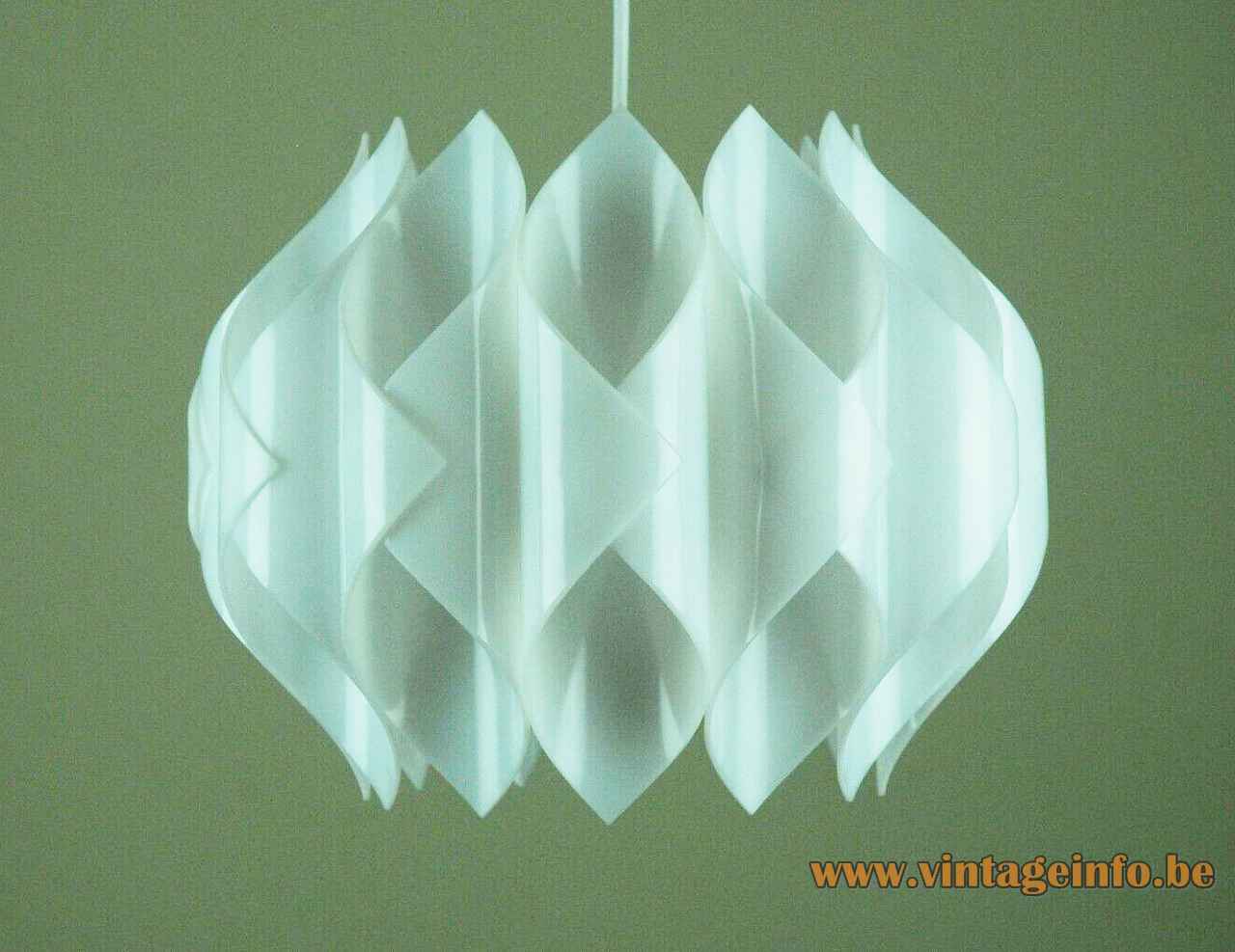 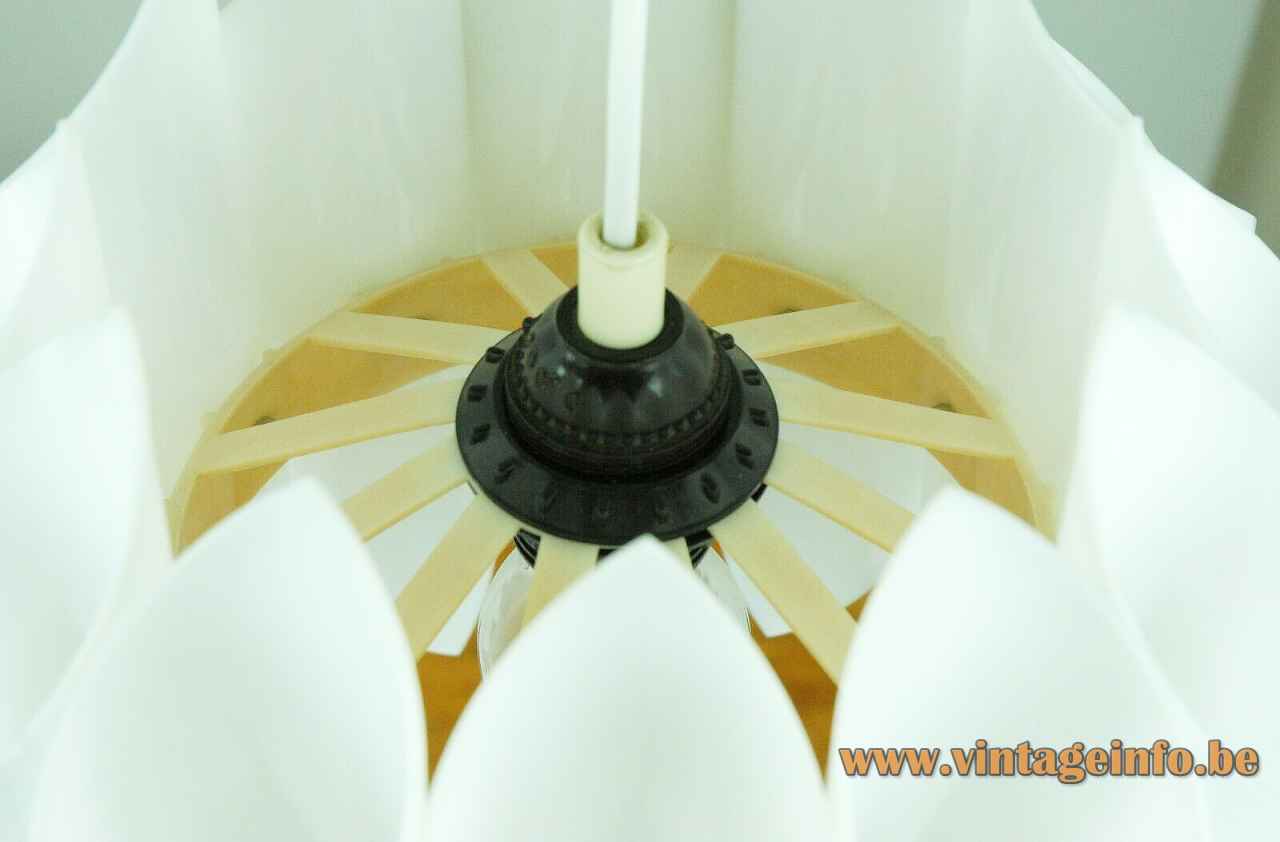 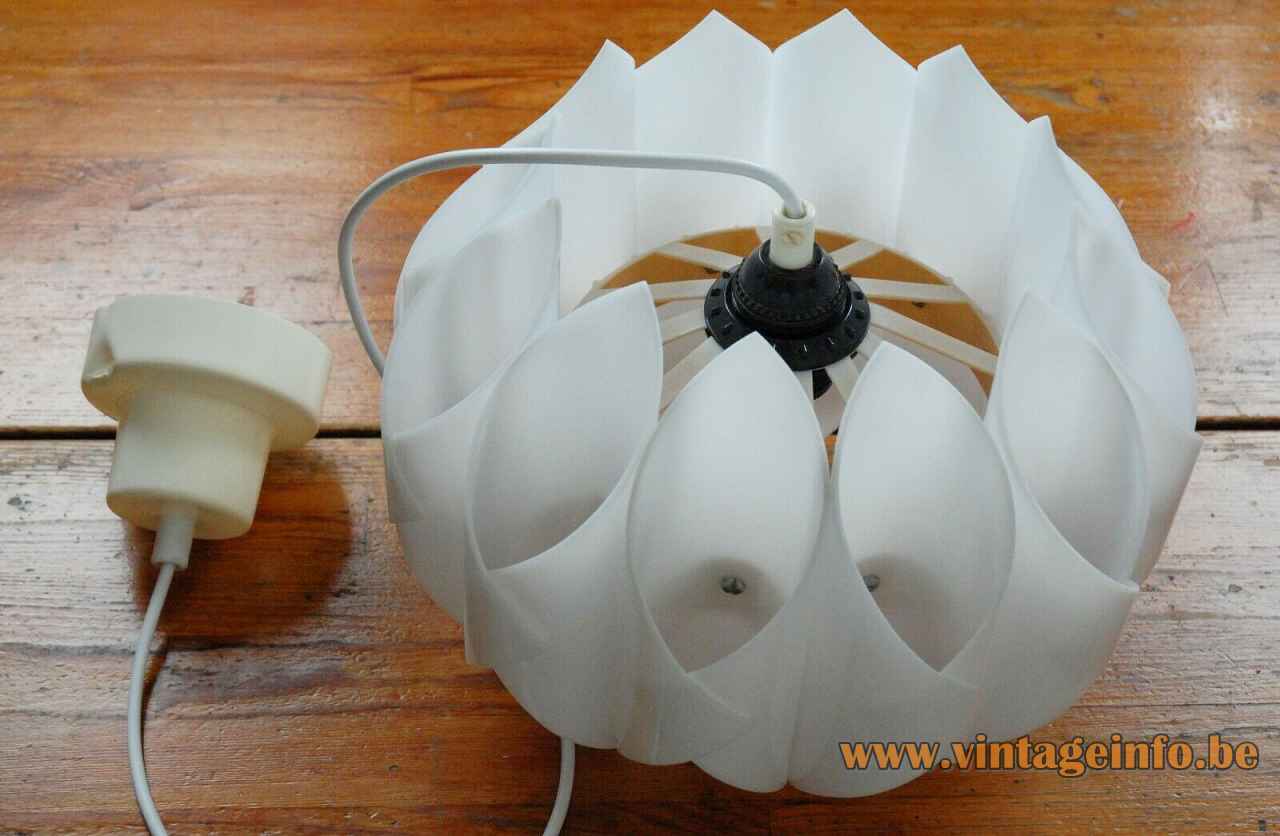 Other versions: The Ateljé Lyktan Pyrola pendant lamp exists in several versions and colours. At least also a smaller one exists. You can find this lamp in the Ateljé Lyktan 1934 – 2000 lighting catalogue, over here.

Hannelore Dreutler studied at the Kunstgewerbeschule (Applied arts school) in Basel, Switzerland from 1959 to 1960. After her studies in Switzerland she moved to Sweden.

Until 1966 she trained as an industrial designer and silversmith at Konstfack (the College of Arts) in Stockholm.

She started as a glass artist at the glassworks in Flygsfors, Målerås and Kosta. In the 60s and 70s she ran her own silversmiths. Hannelore Dreutler founded her Studio Glashyttan in Åhus in 1977. In 1999, she received the Kristianstad Municipality’s Culture Prize.

The Studio Glashyttan still exists. It is now run by her apprentice Lennart Nissmark.