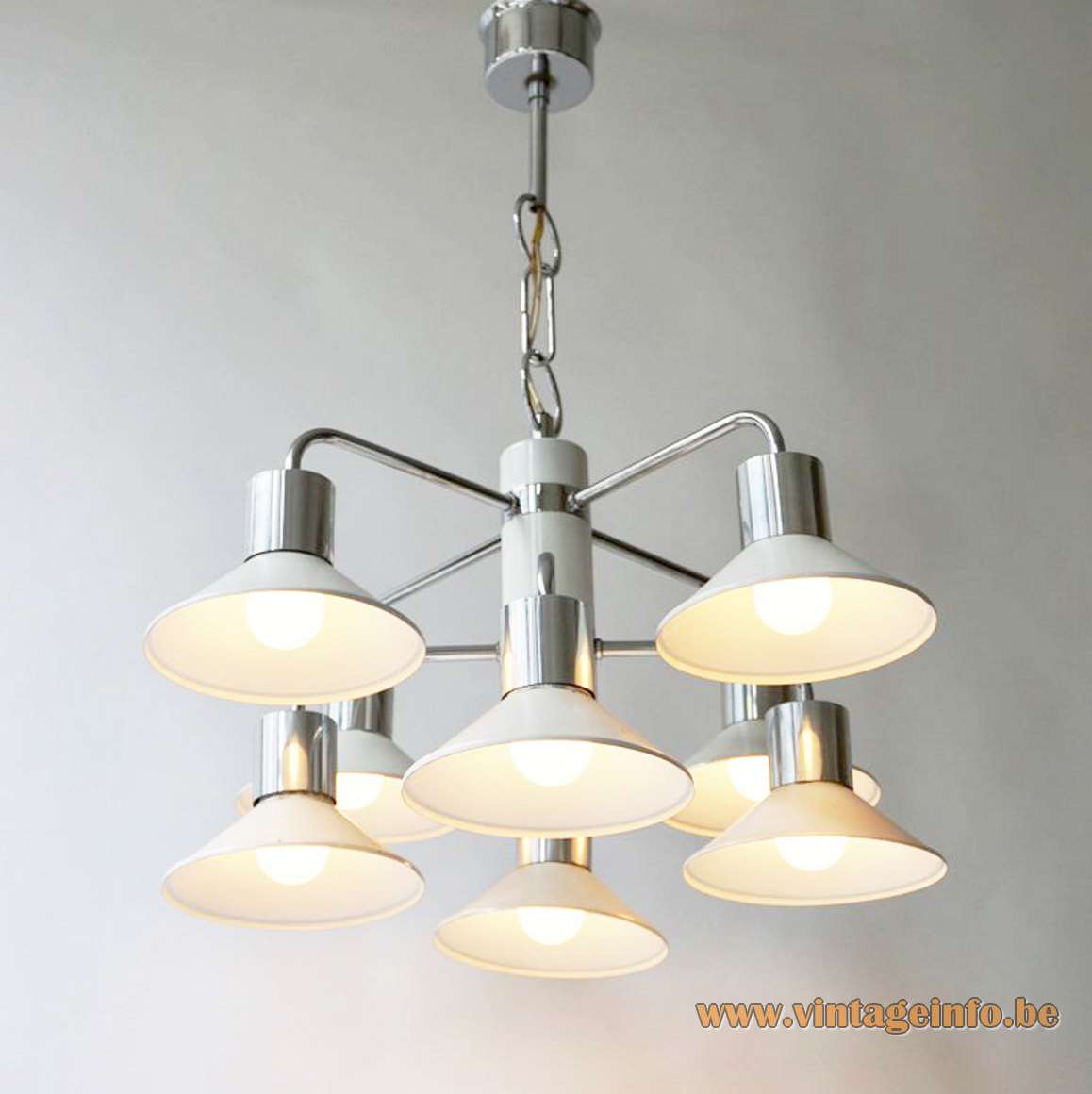 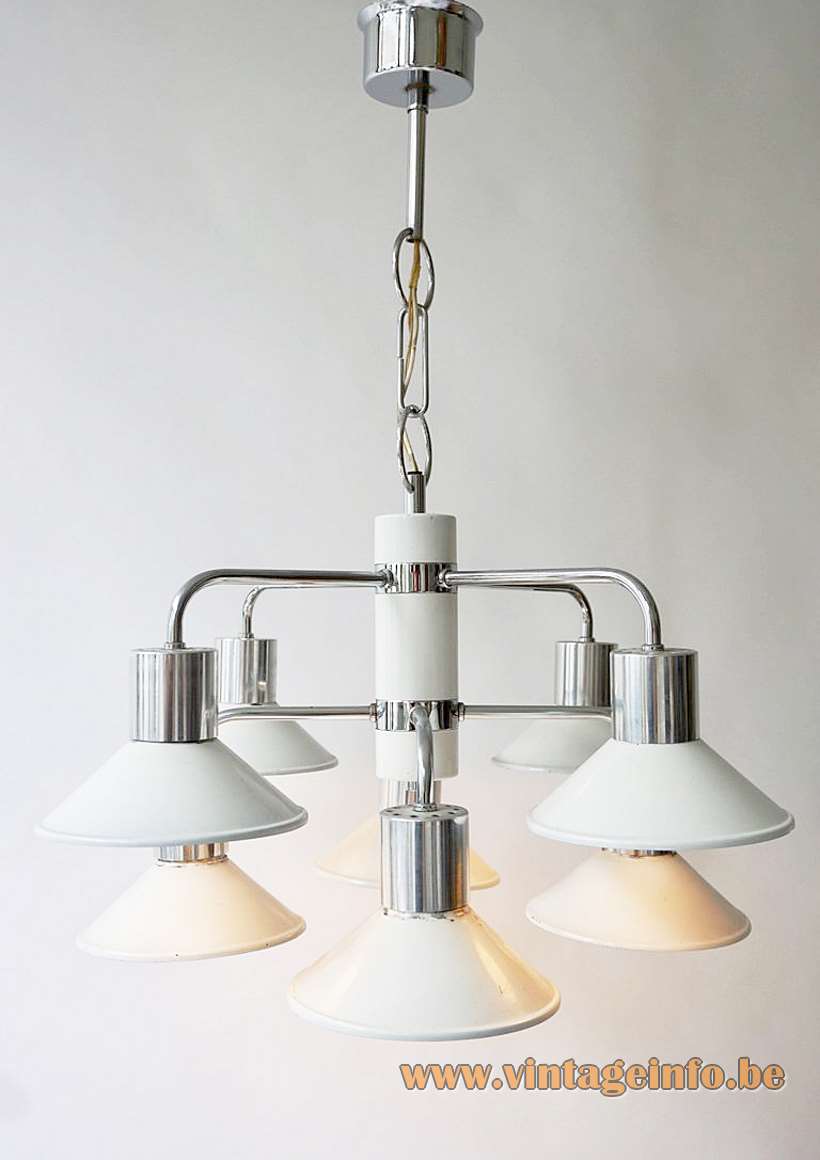 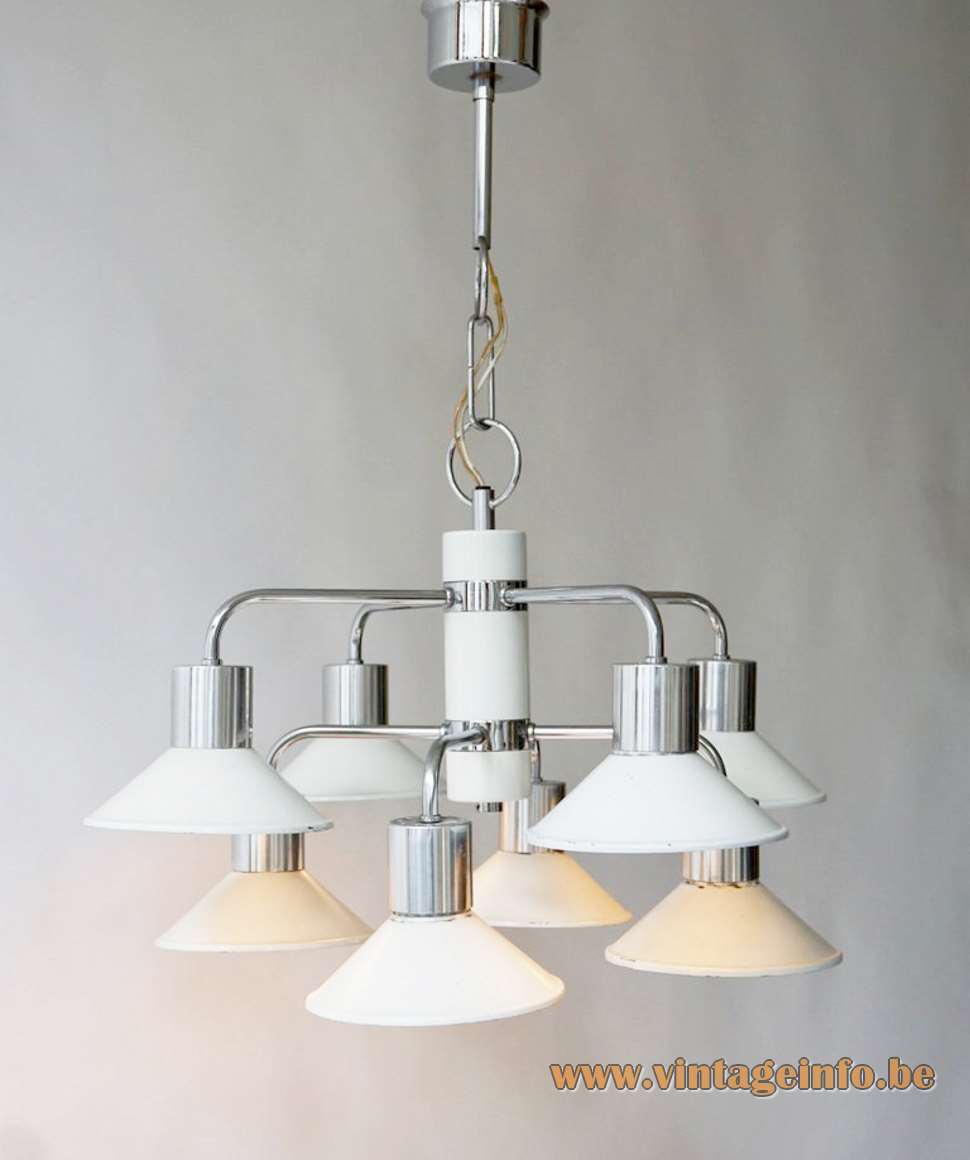 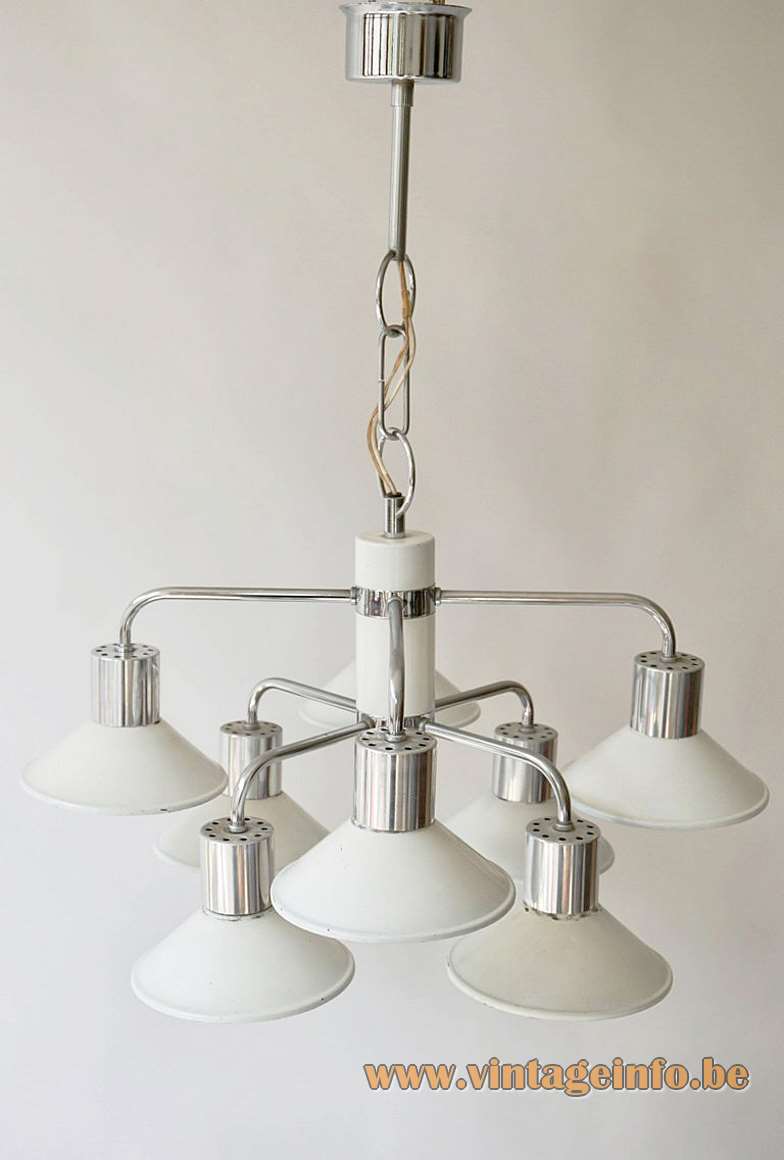 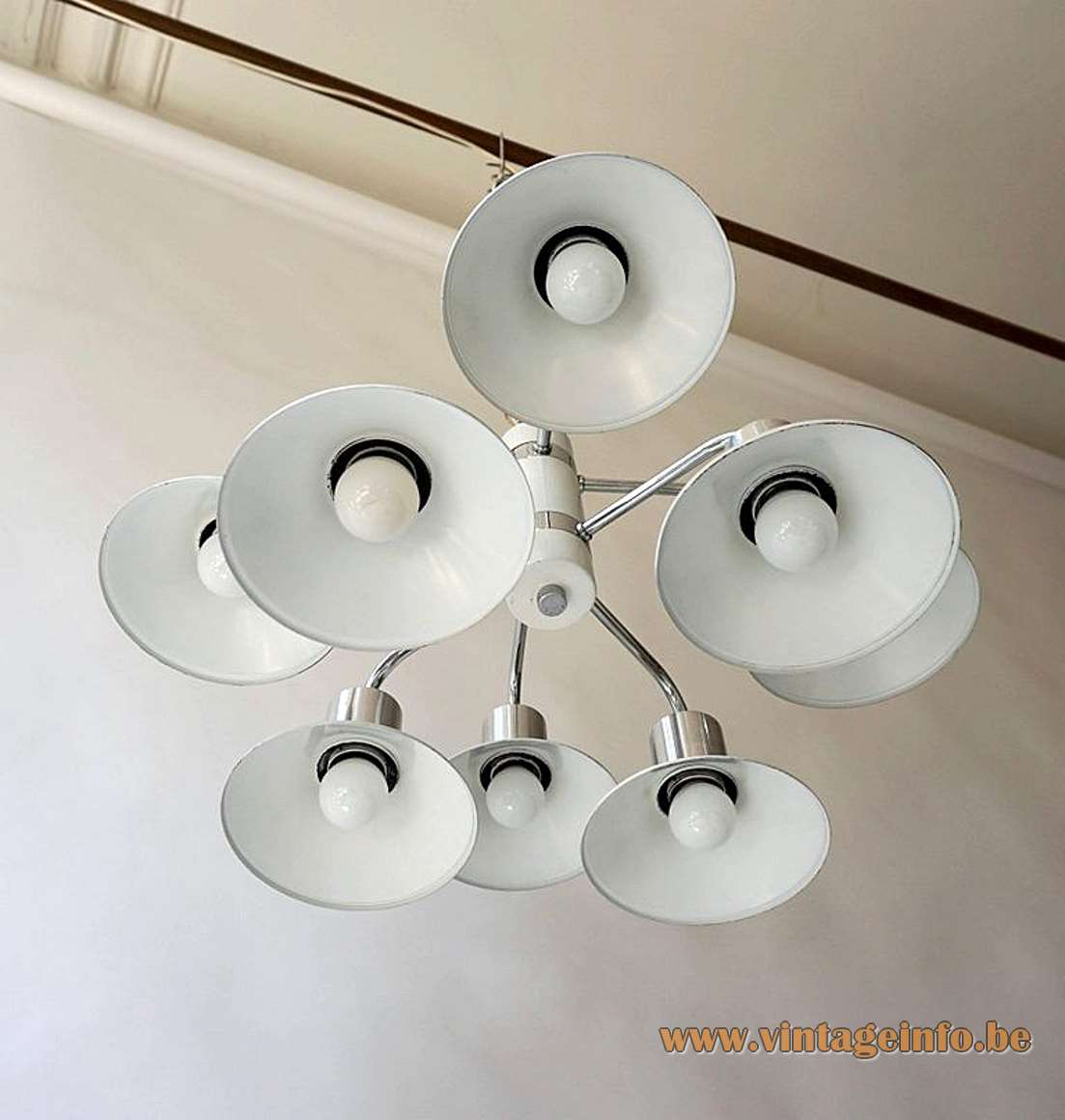 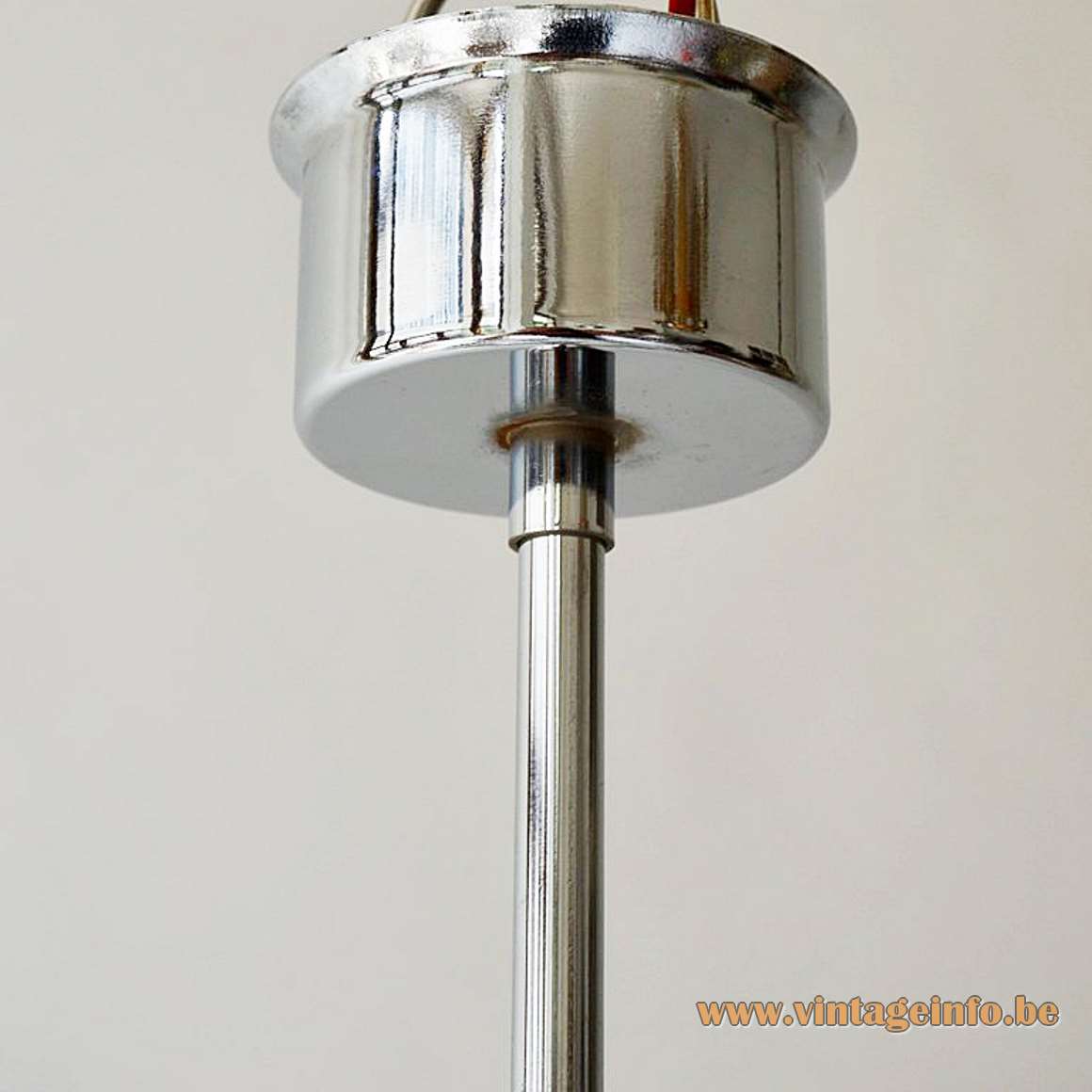 Other versions: This Massive Belgium 8-arm chandelier probably exists in several colours and was made with less lamps. Also produced as a single pendant lamp.