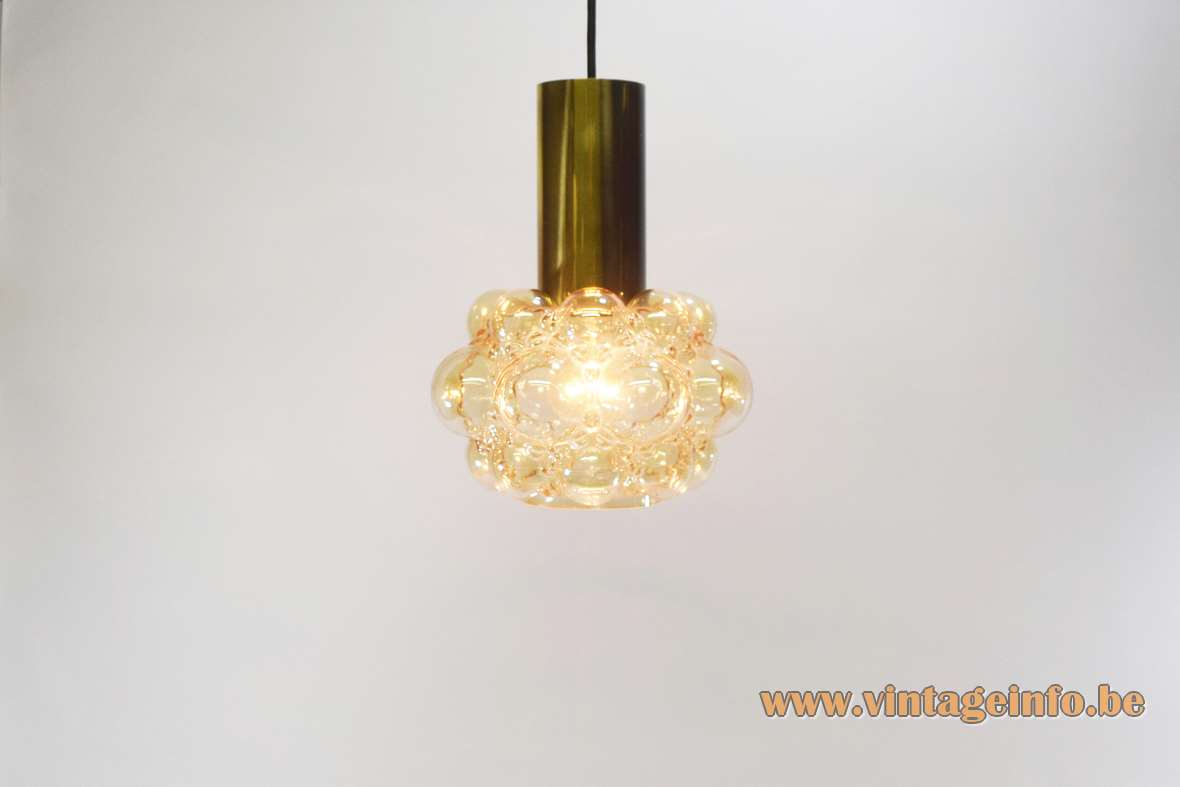 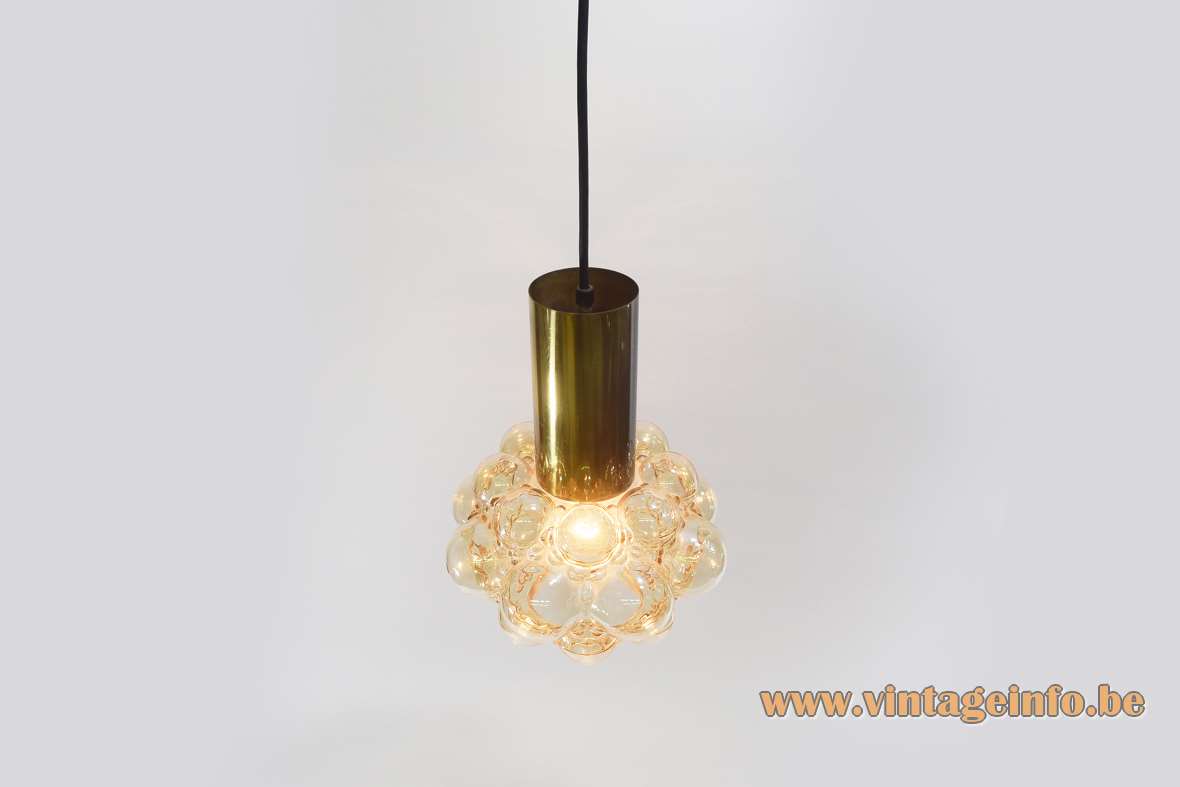 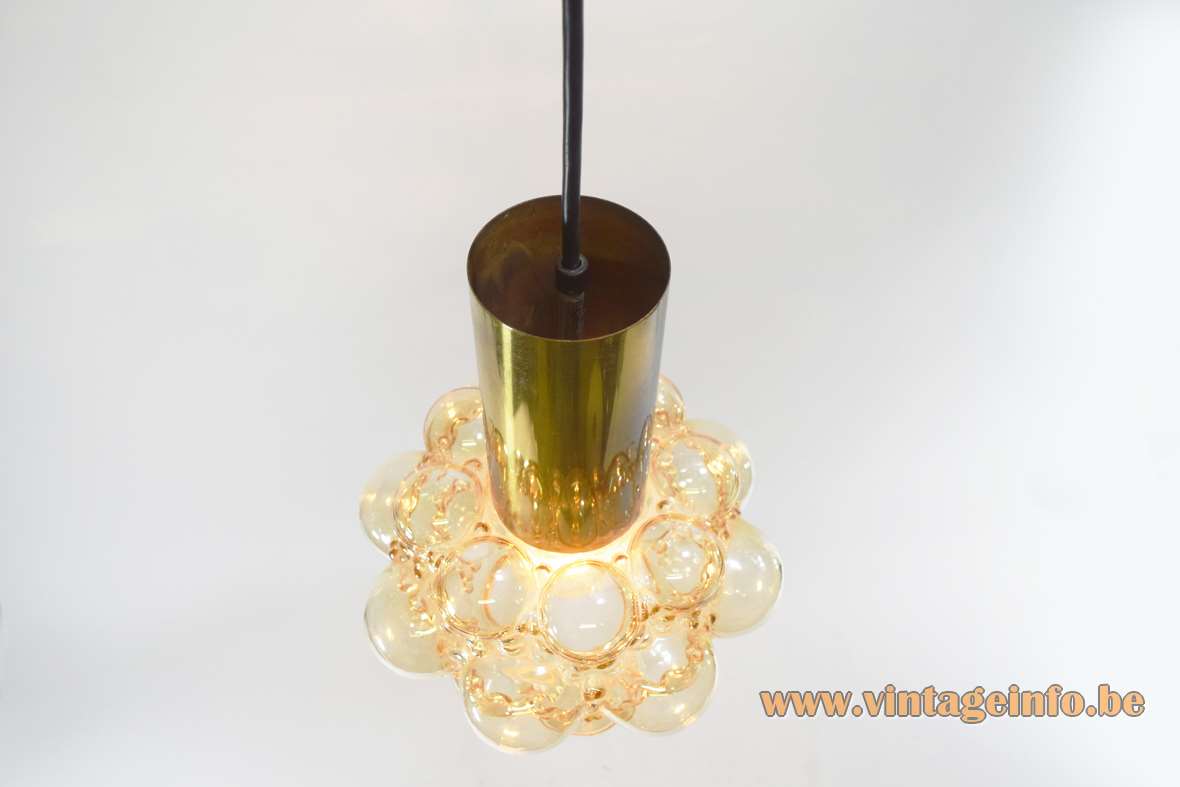 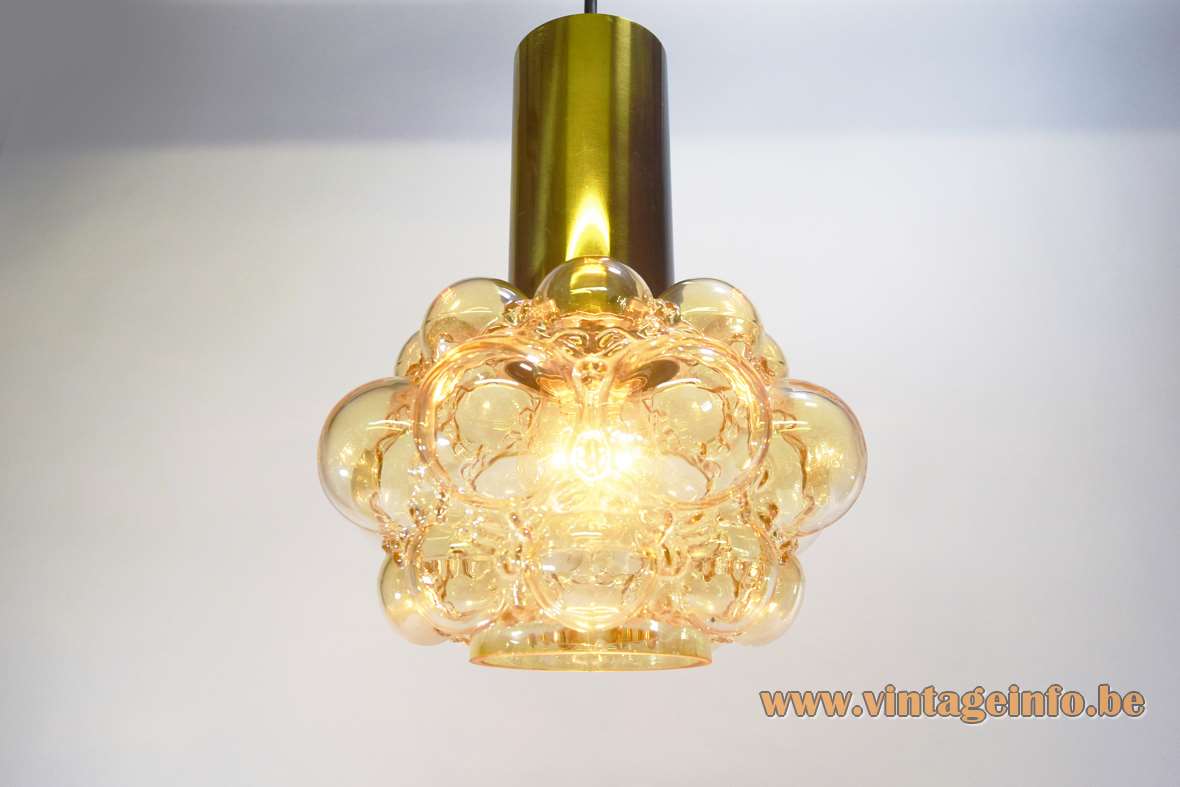 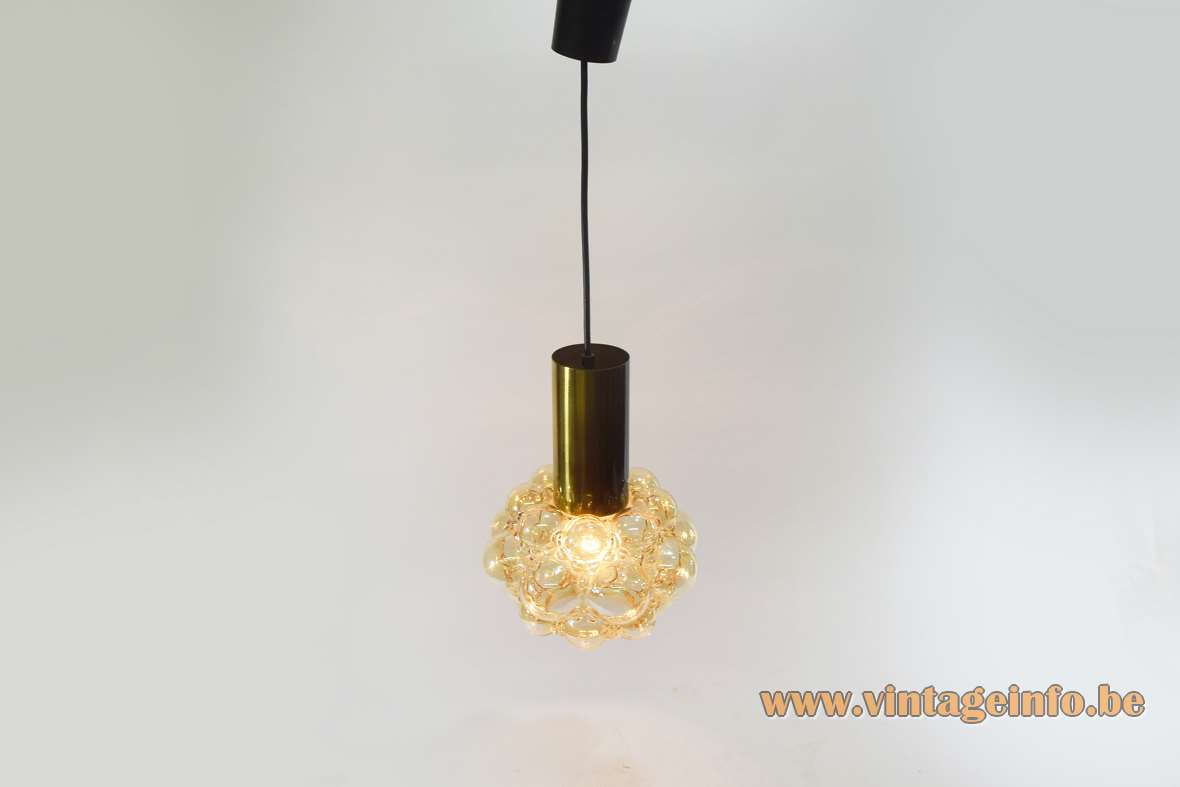 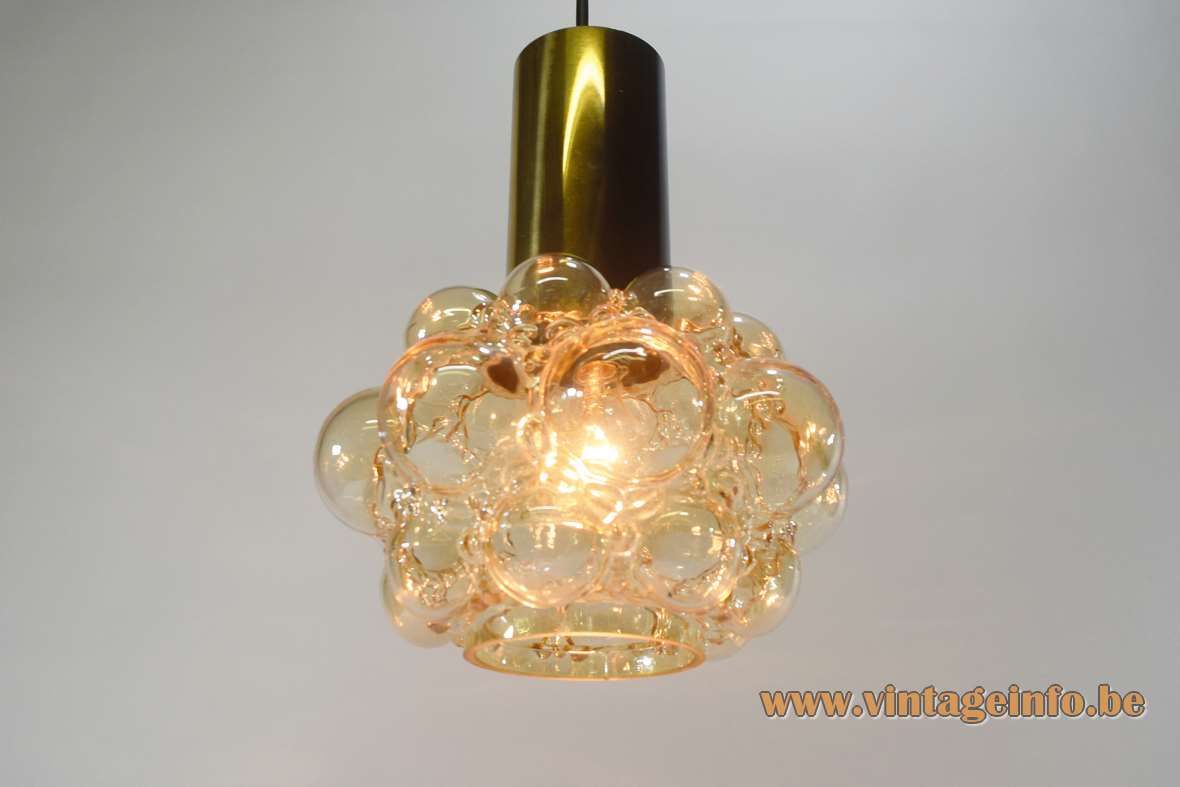 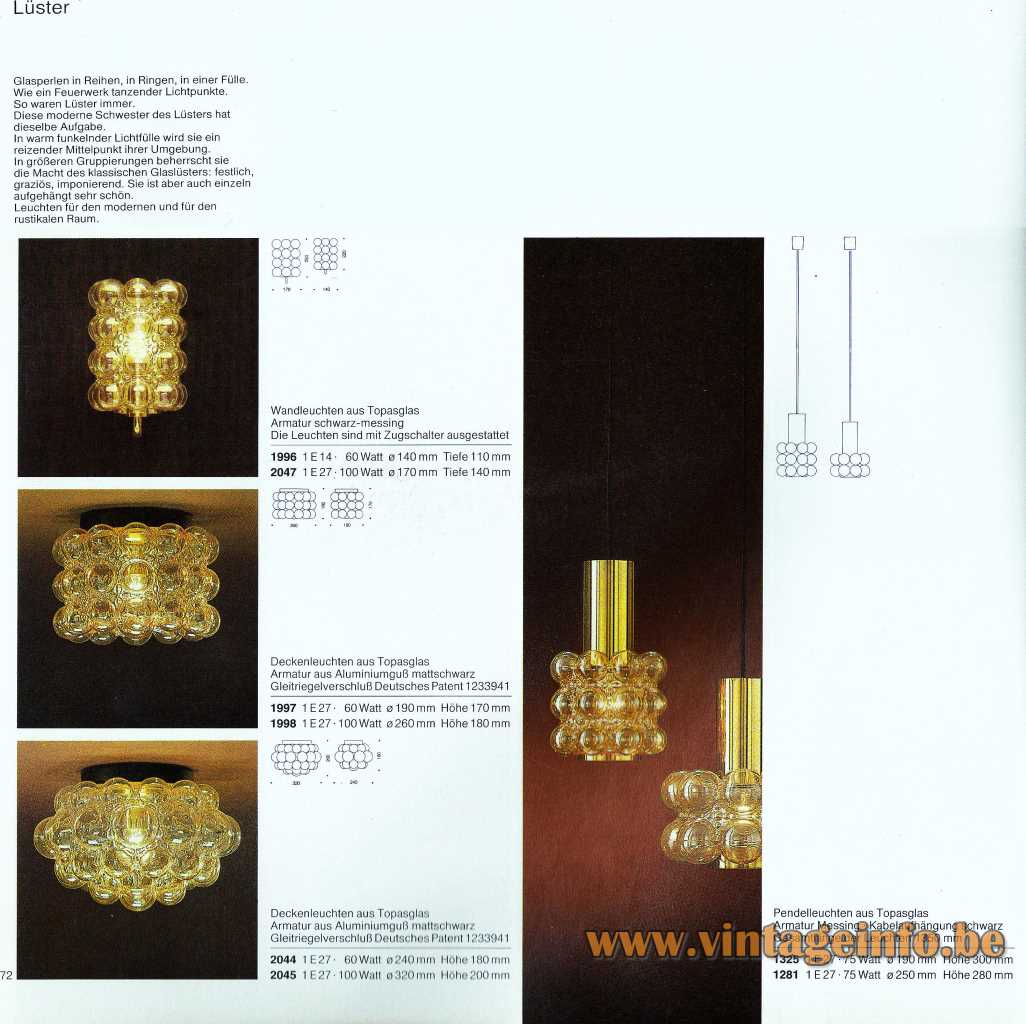 Other versions: This Helena Tynell bubble glass pendant lamp was made in several sizes and models. As you can see in the 2 catalogue pictures from 1979. They were made as a pendant lamp, a chandelier with several pendants together, a table lamp, a wall lamp, a floor lamp, a ceiling lamp and a flush mount.

Often said that Helena Tynell designed these lamps together with Heinrich-Johannes Gantenbrink, but he and his family are the owners of the Glashütte Limburg company.

Between 1943 and 1946 she worked with ceramics design in Arabia Oy.
Parallel to this, and until 1953, she also worked with lighting at Taito Oy. Between 1946 and 1976, Tynell was one of the most influential designers in the Riihimäki Lasi – Riihimaen Lasi Oy glass factory.

She was married to famous designer Paavo Tynell (1890-1973). He was the co founder of Oy Taito AB.  He worked with Alvar Aalto in designing furnishings and lighting. Almost all the catalogues of his famous lamps can be consulted on Vintageinfo.

History of the Bega company