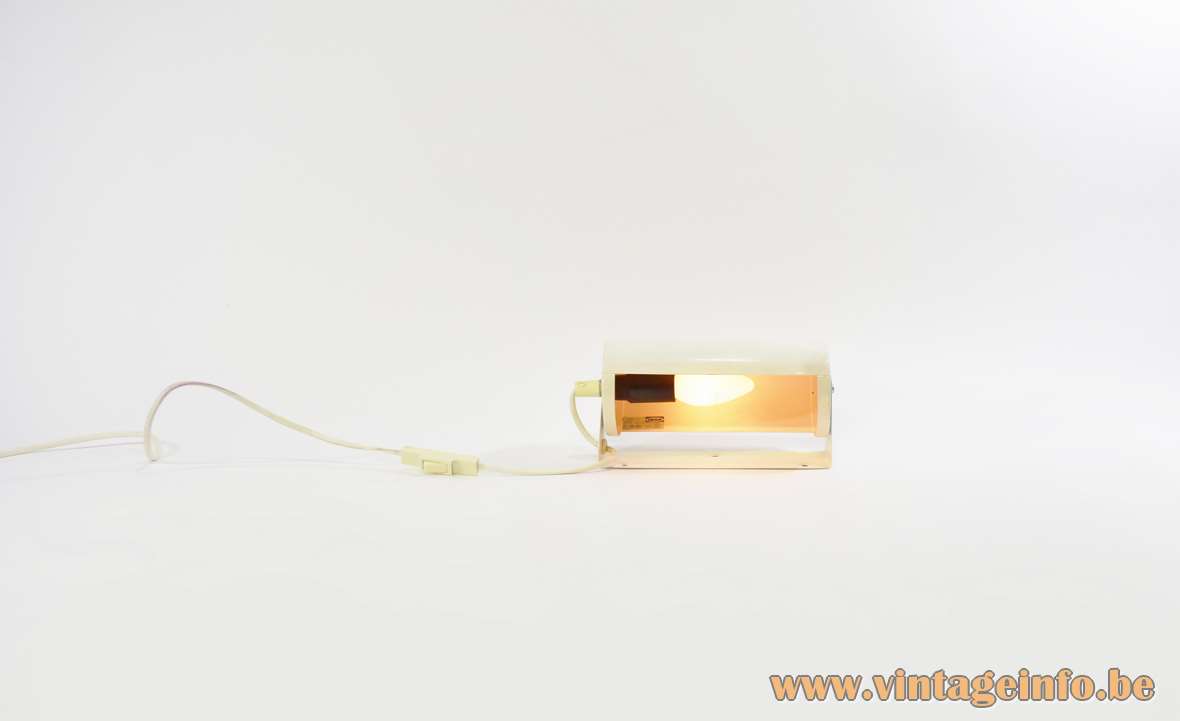 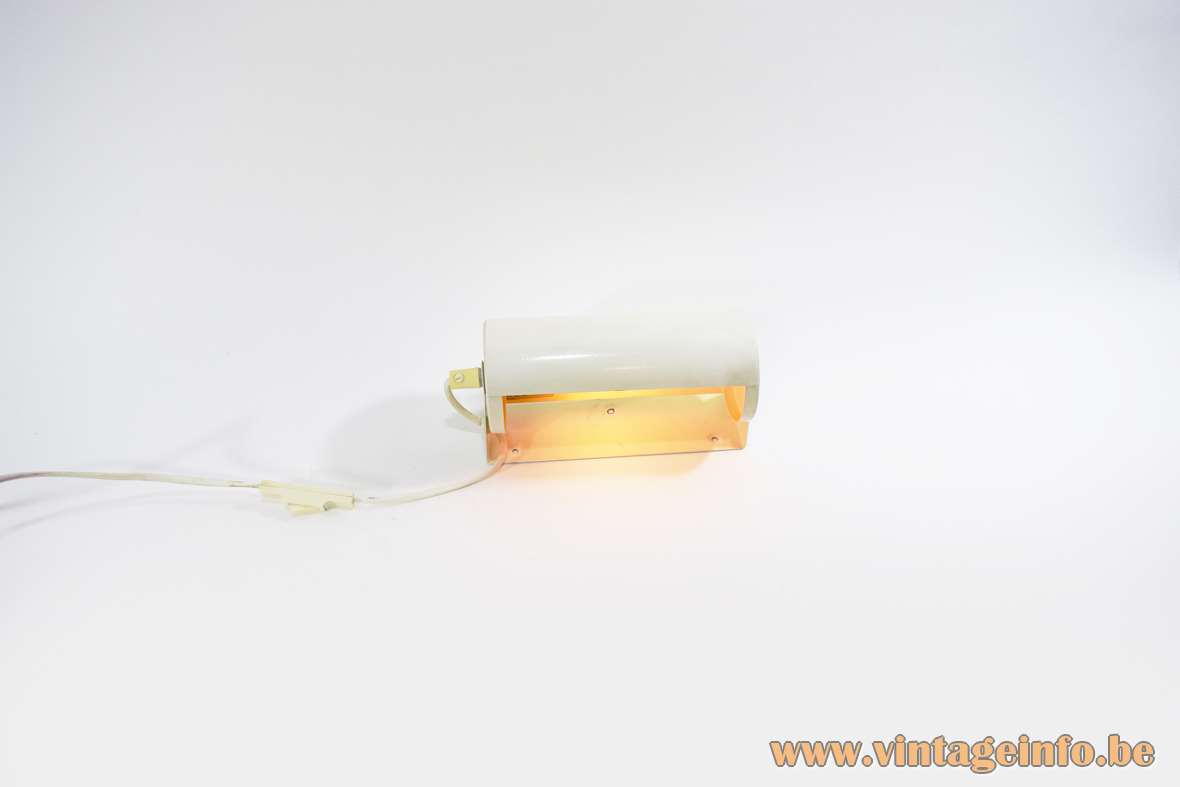 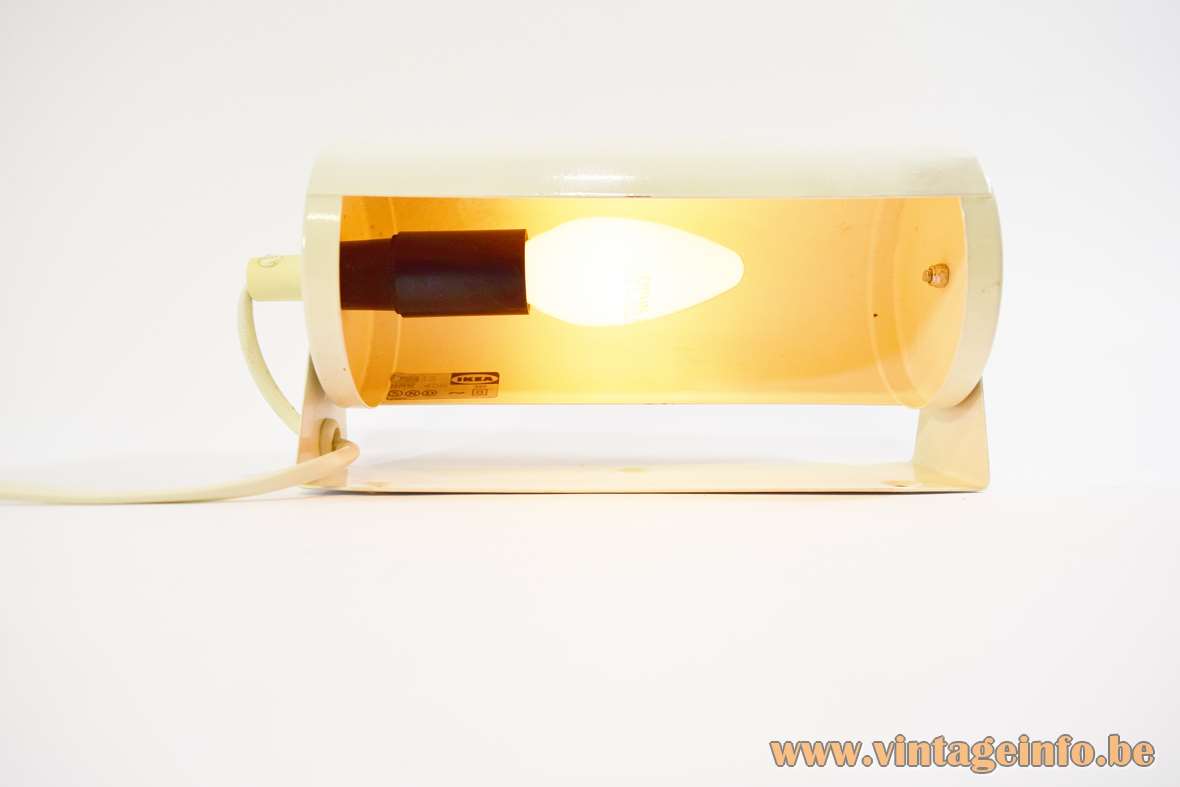 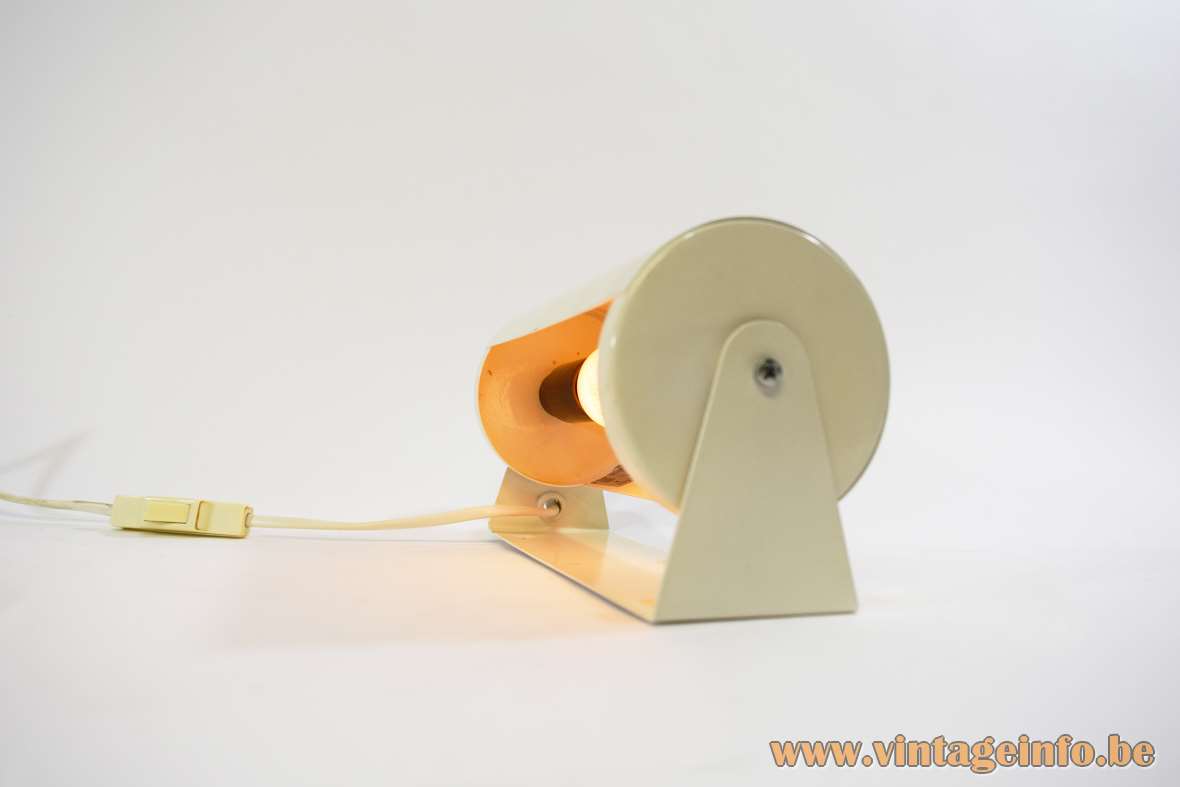 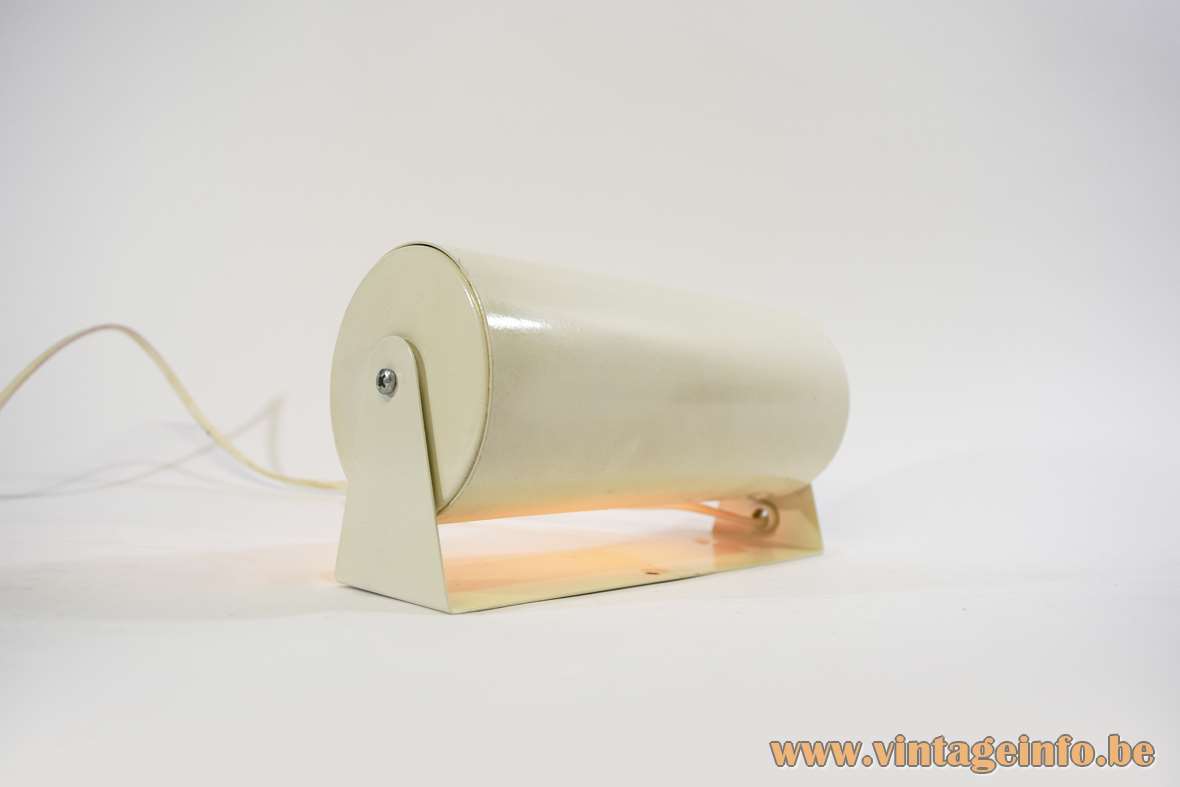 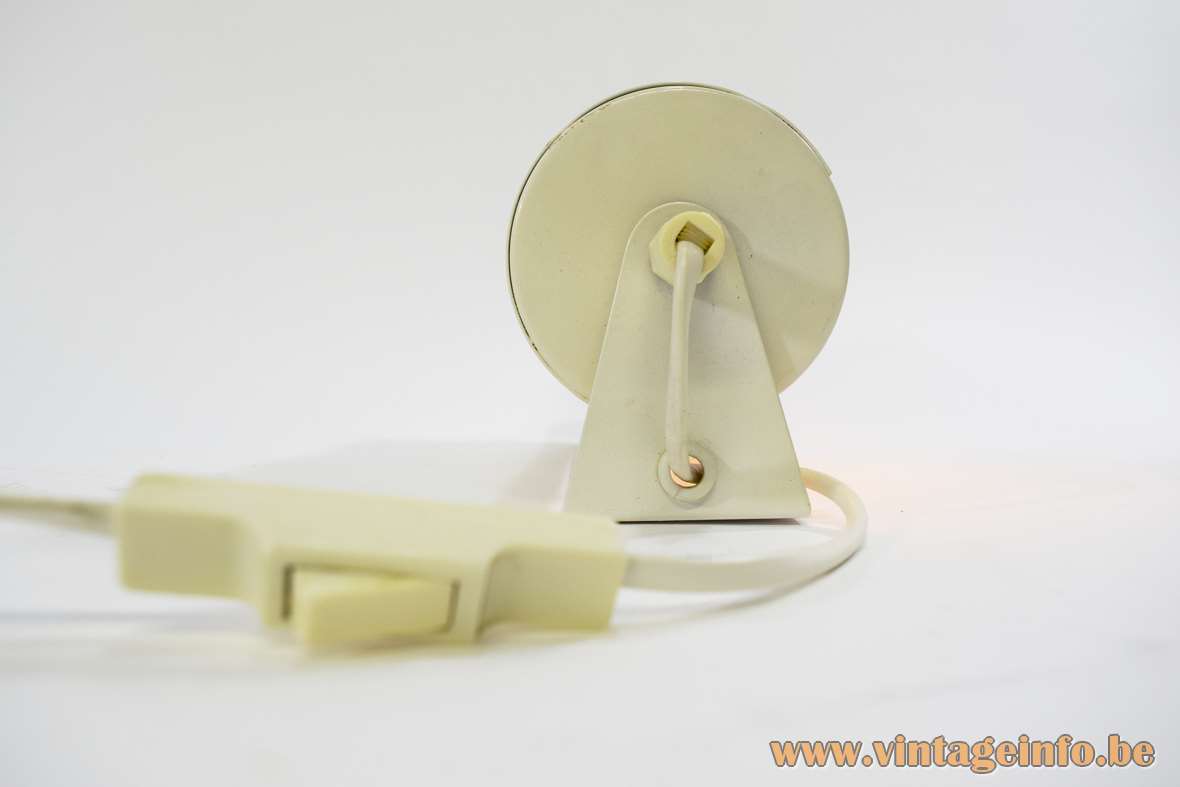 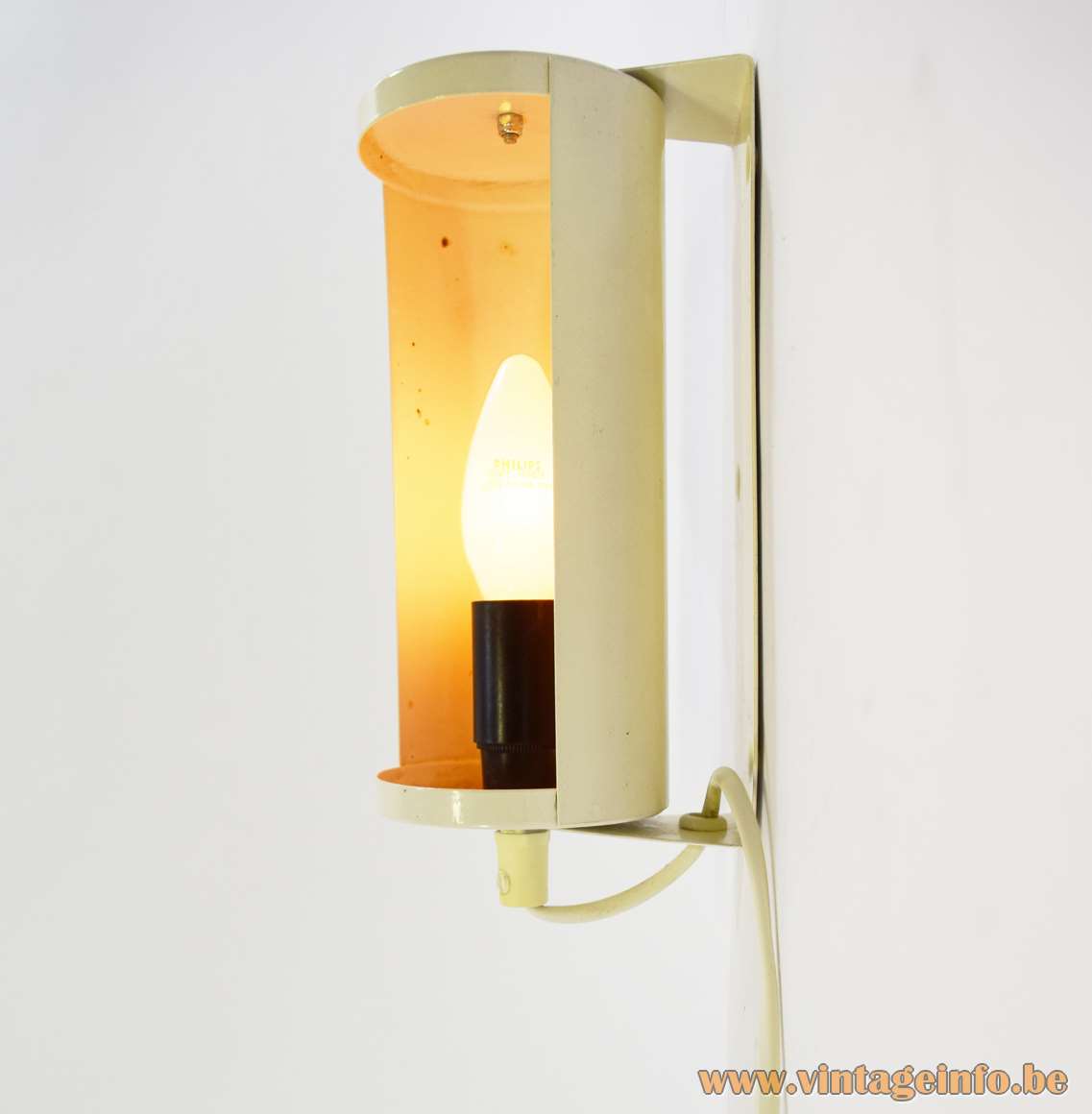 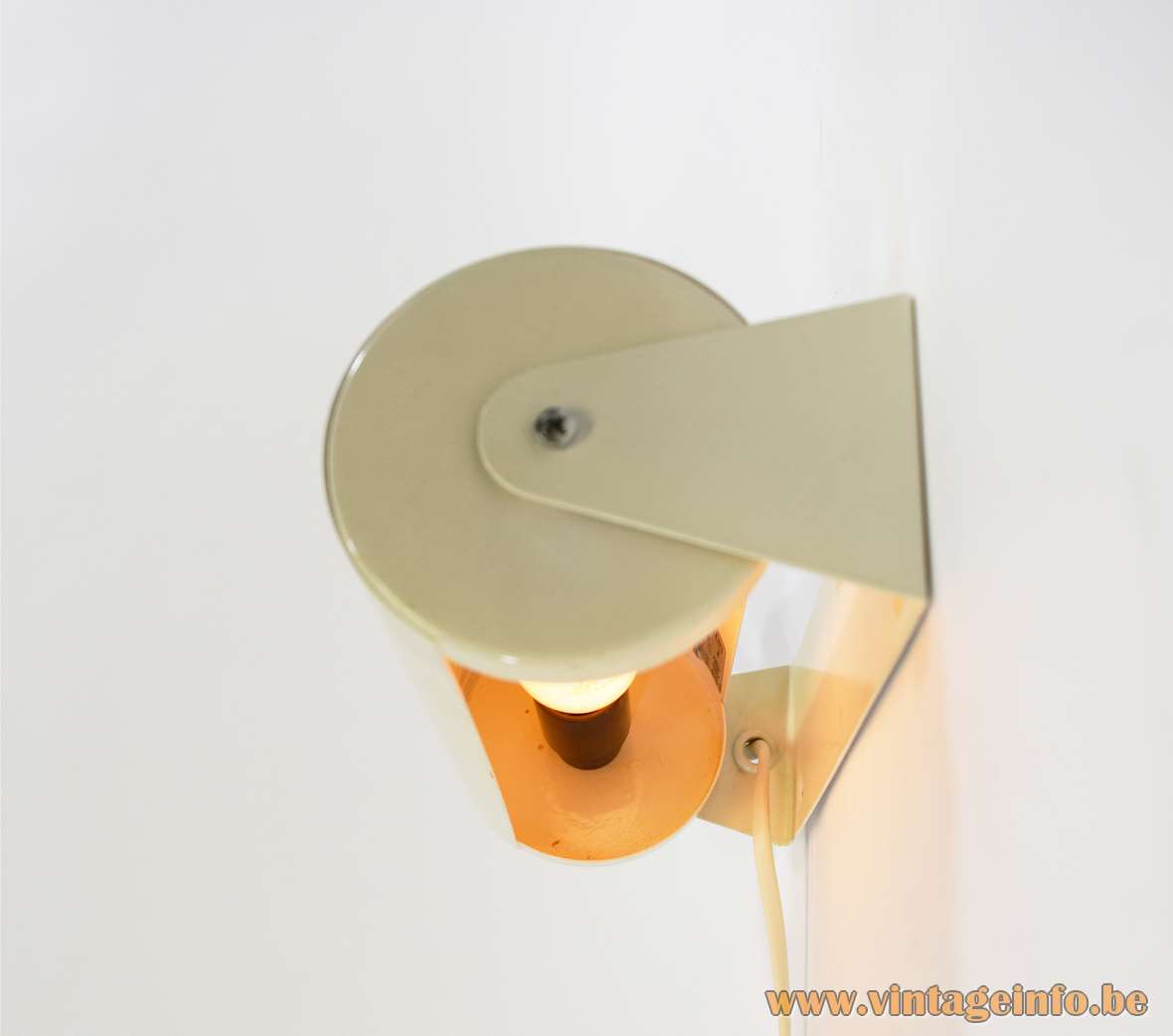 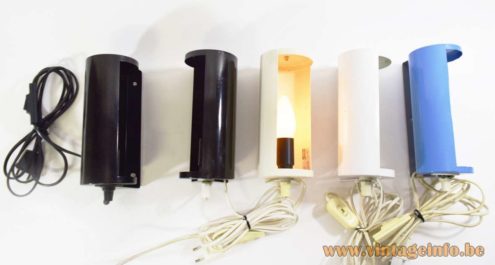 Other versions: This IKEA Lod wall lamp was made for many years and exists in slight variations. Produced with other screws, other switches. Most recent editions have a plastic socket.

This IKEA Lod wall lamp is no longer in production. It appeared for the first time in a catalogue in 1986. A similar lamp, model SMYG (picture below) was for sale until 2018. It is a perforated version of this lamp with a frosted plastic diffuser.

All the electric parts of these lamps, from the oldest until the most recent, are produced by VLM Components from Buccinasco, near Milan in Italy. The company is famous for the switches designed by Achille Castiglioni. 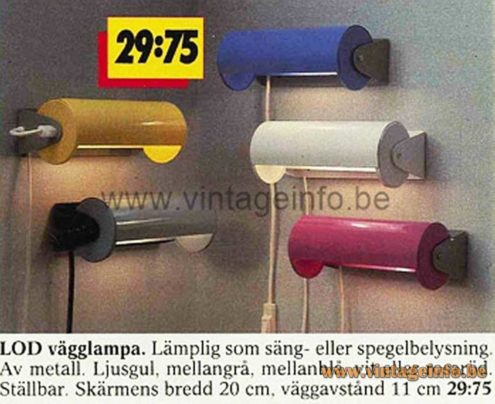