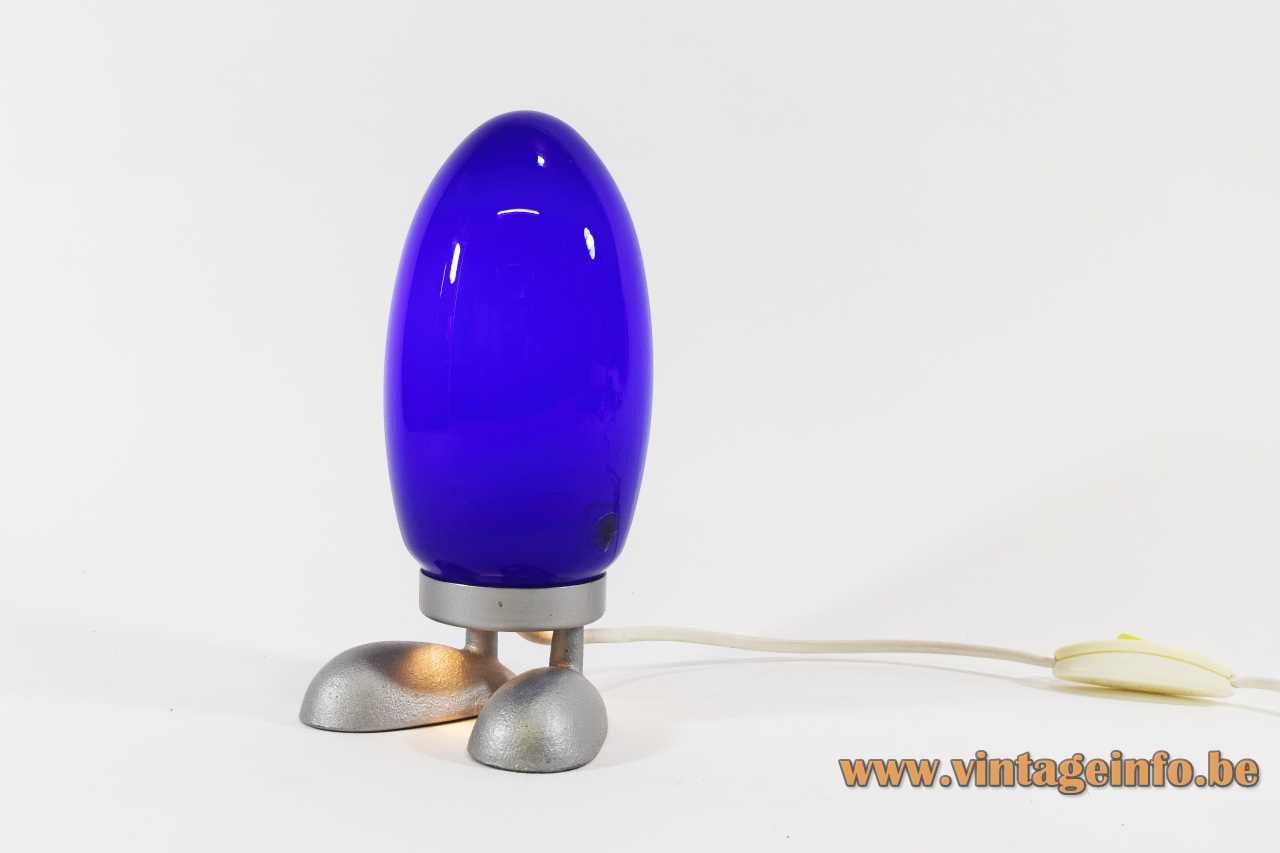 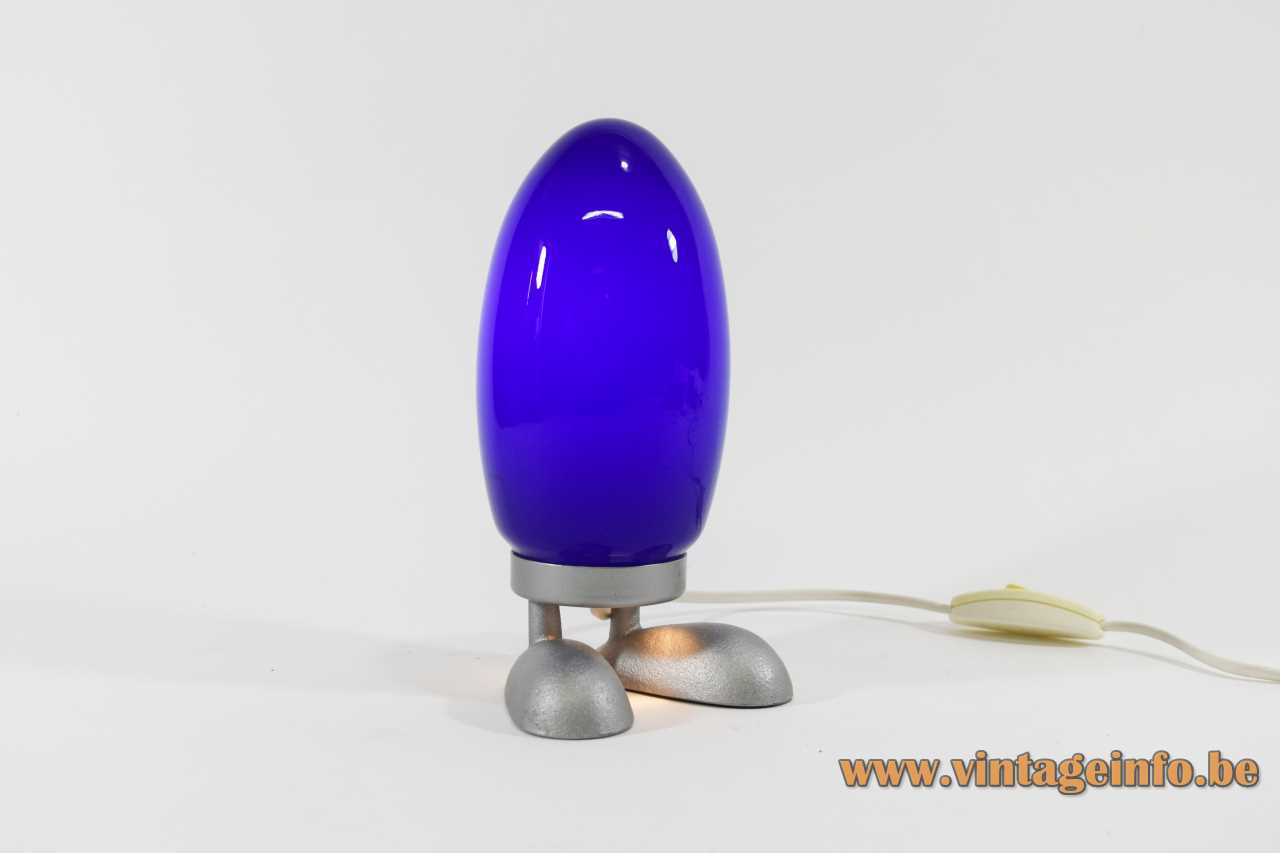 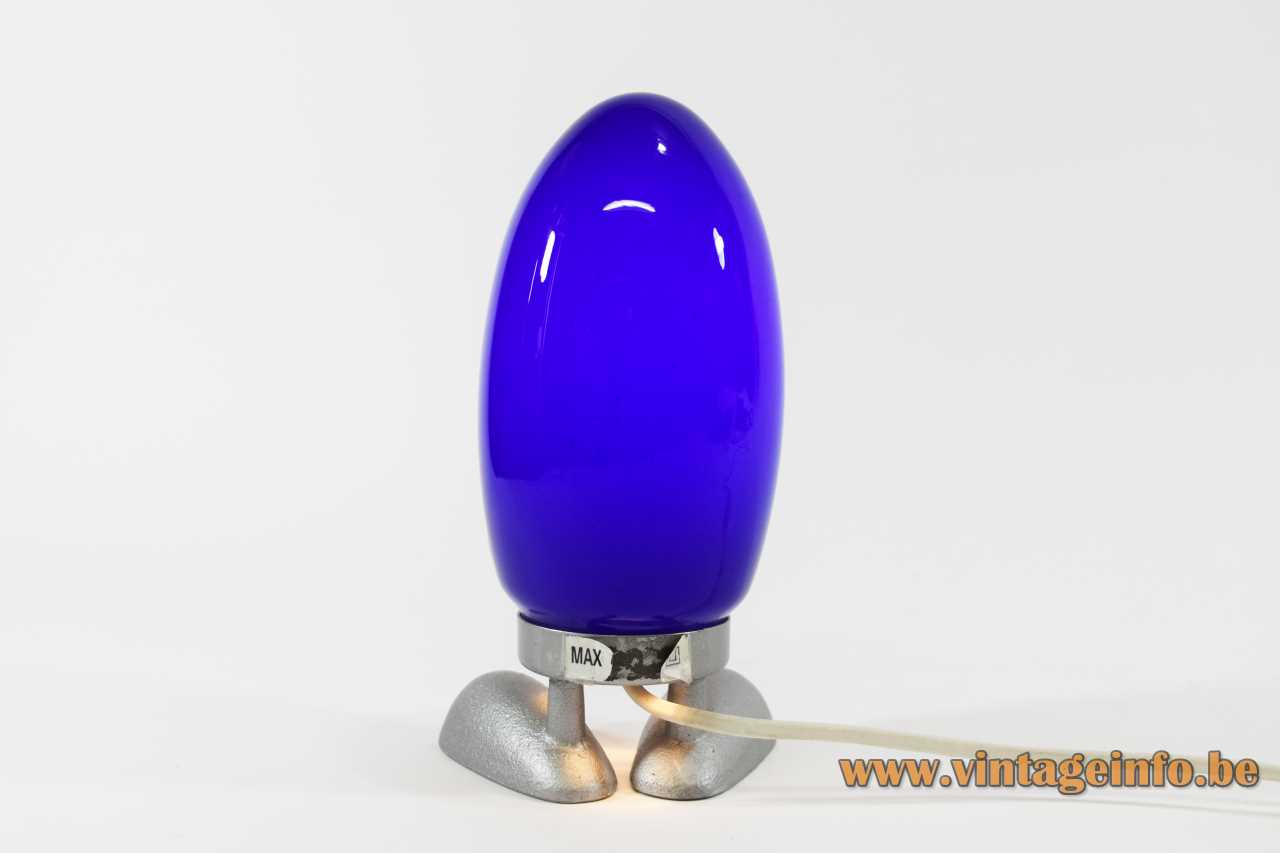 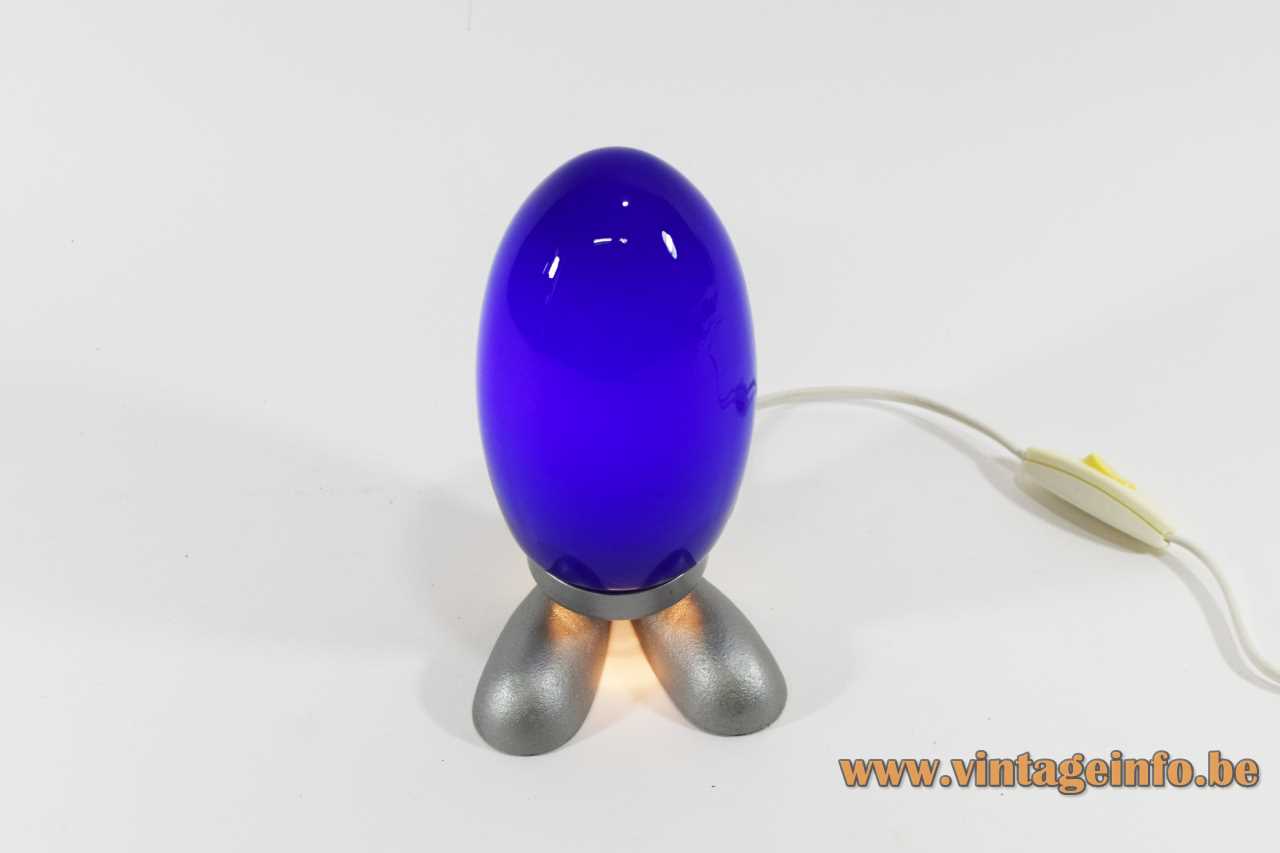 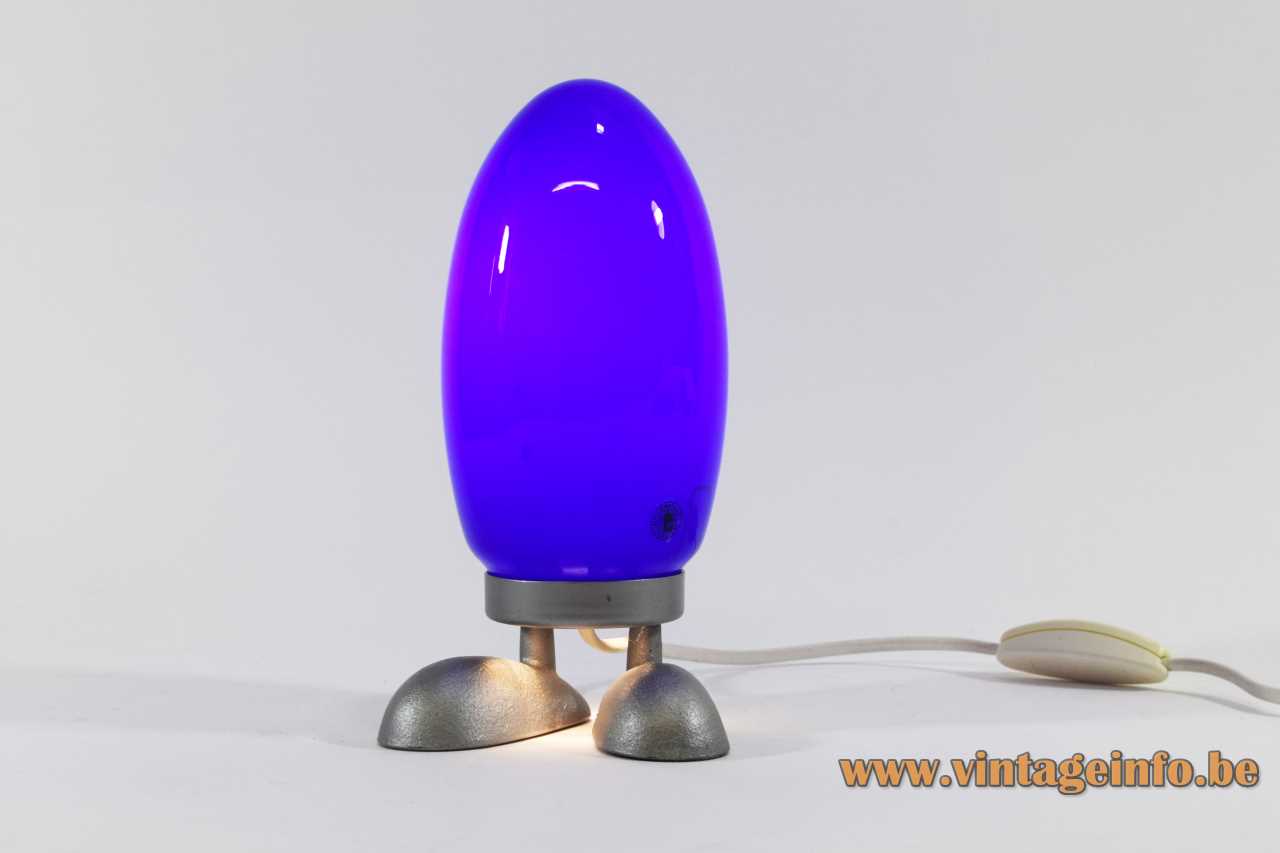 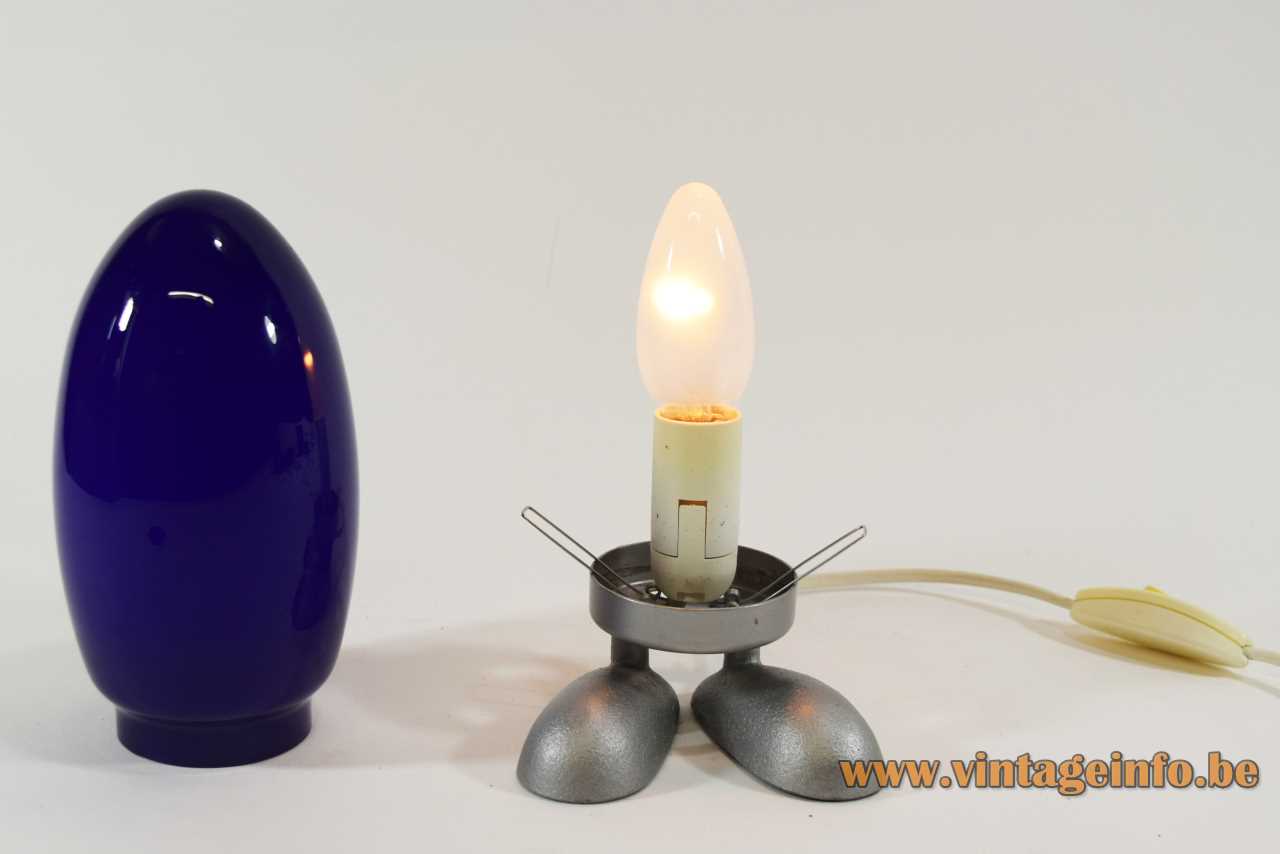 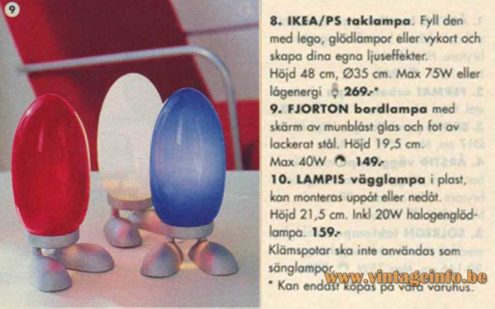 Electricity: 1 bulb E14,  1 x 40 watt maximum, 110/220 volt.
Any type of light bulb can be used. Not a specific one preferred. For glass lampshades frosted or white light bulbs gives the best result.

Other versions: The Fjorton table lamp exists in white, blue, & red. It appears in IKEA catalogues from 2000 until 2002. 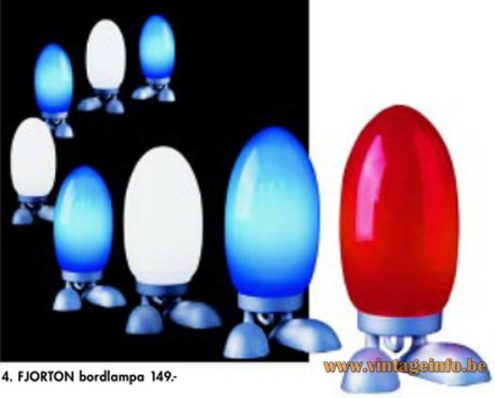