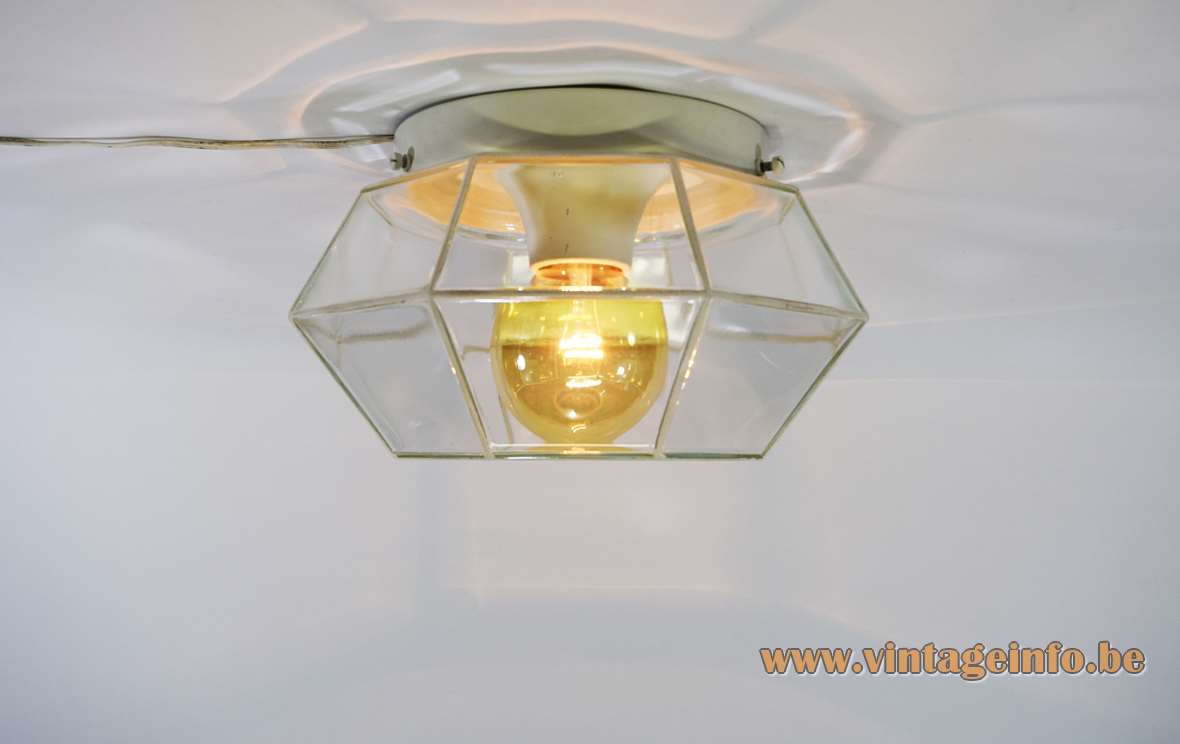 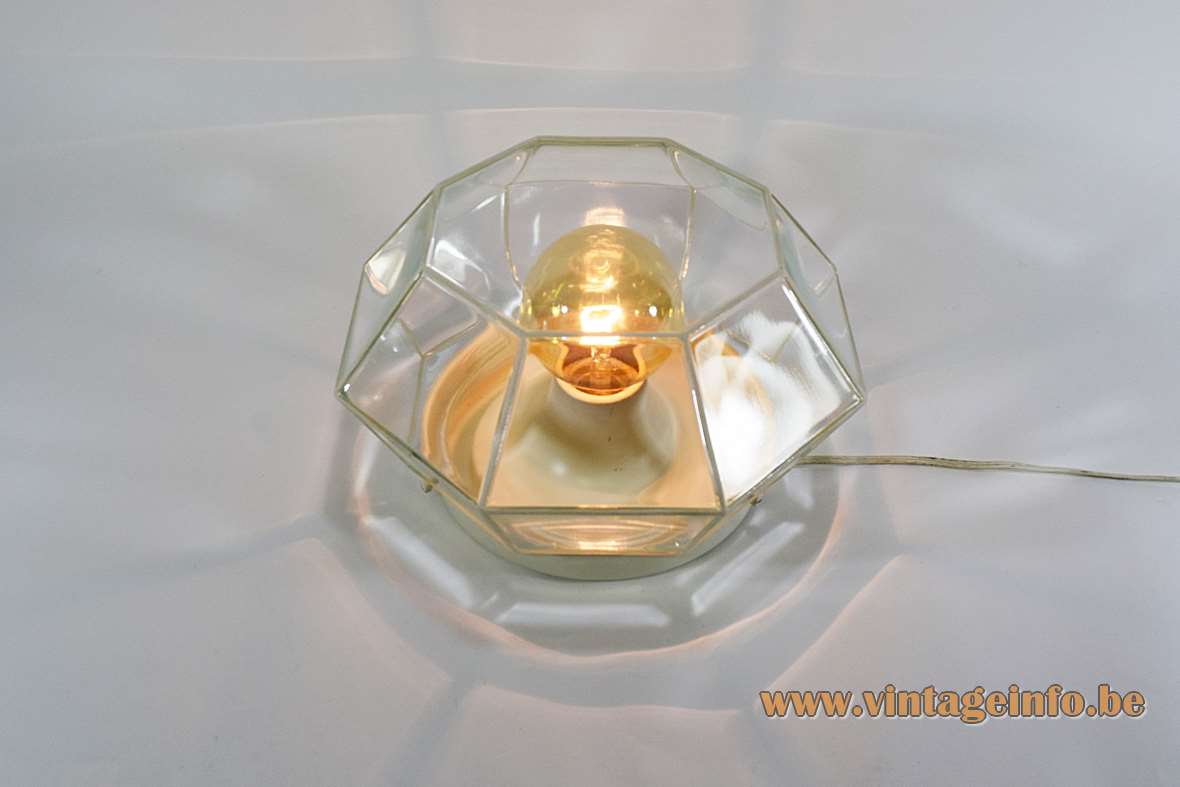 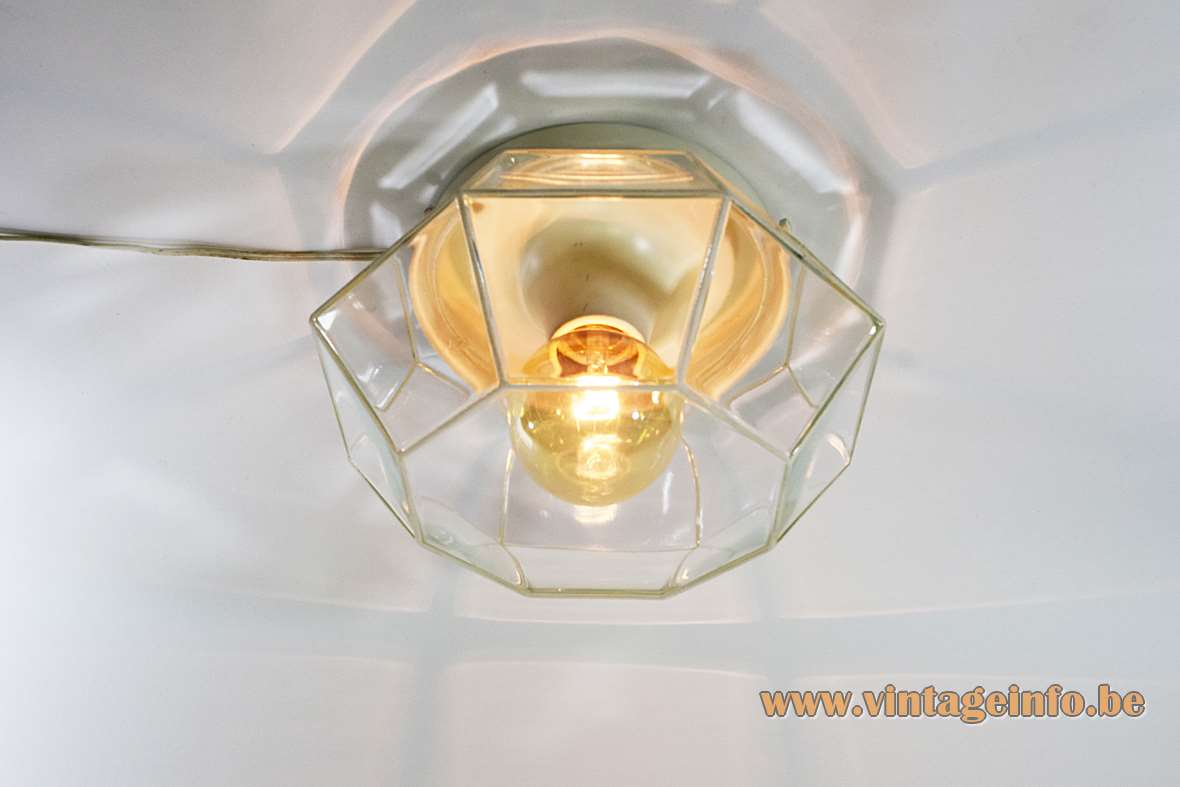 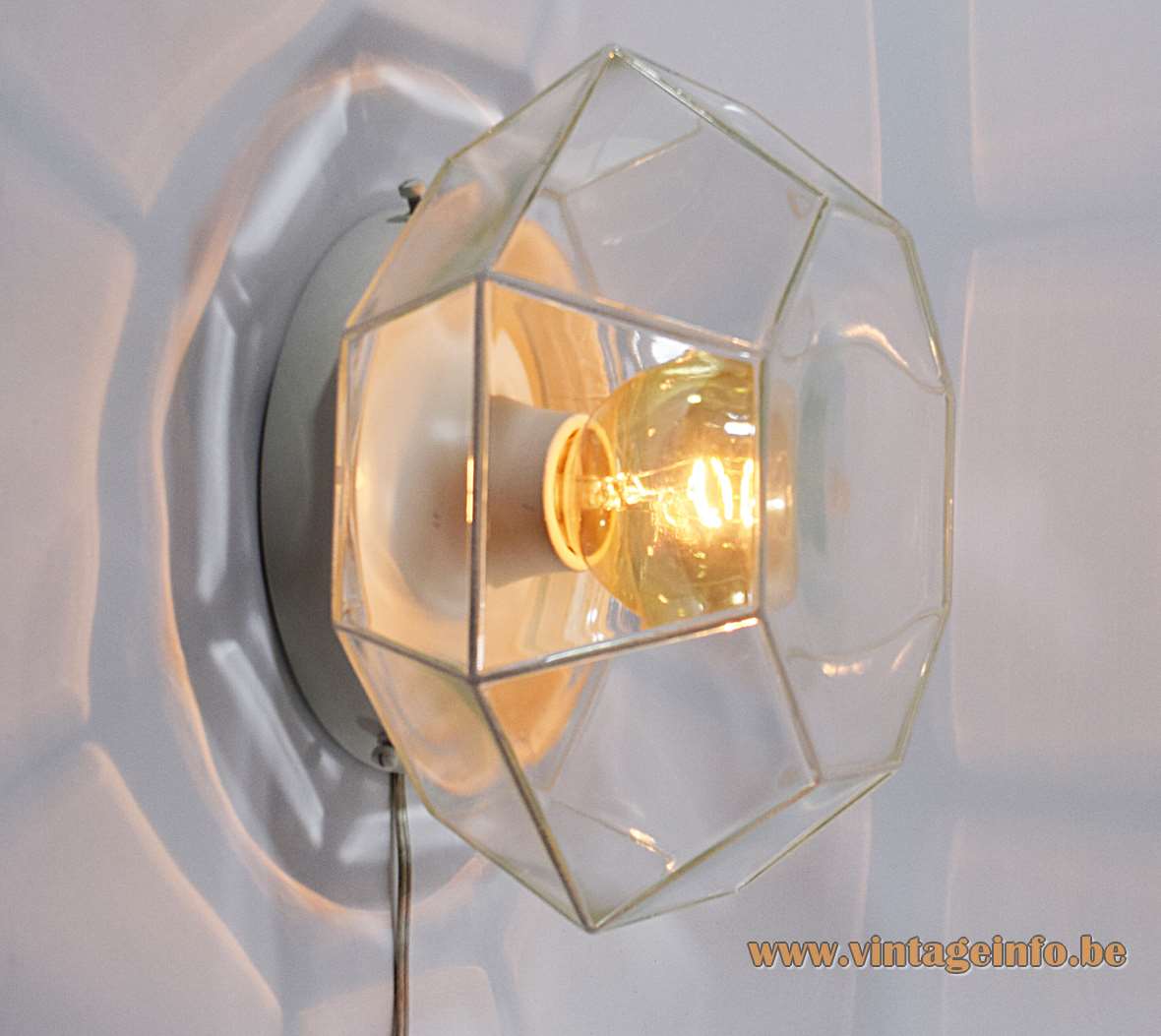 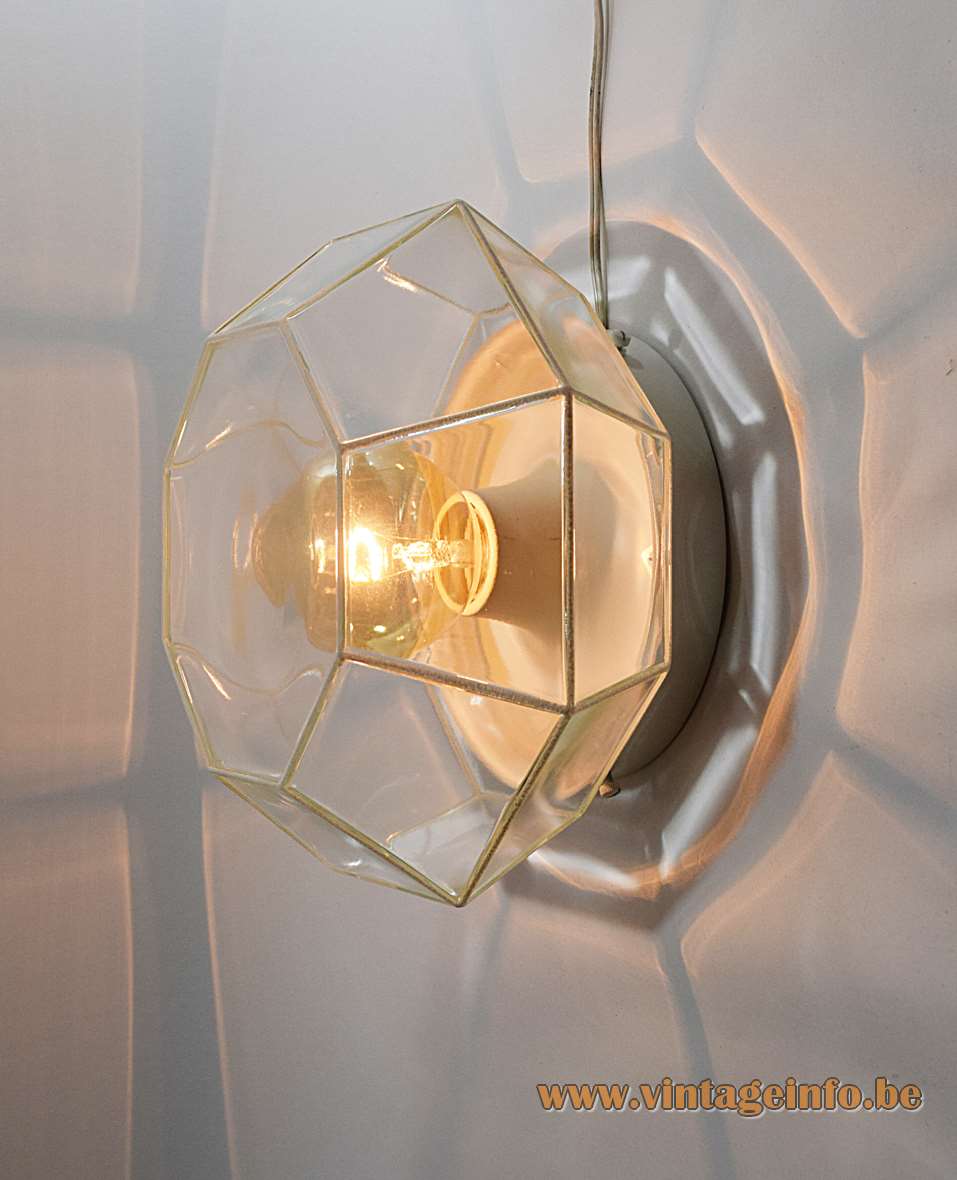 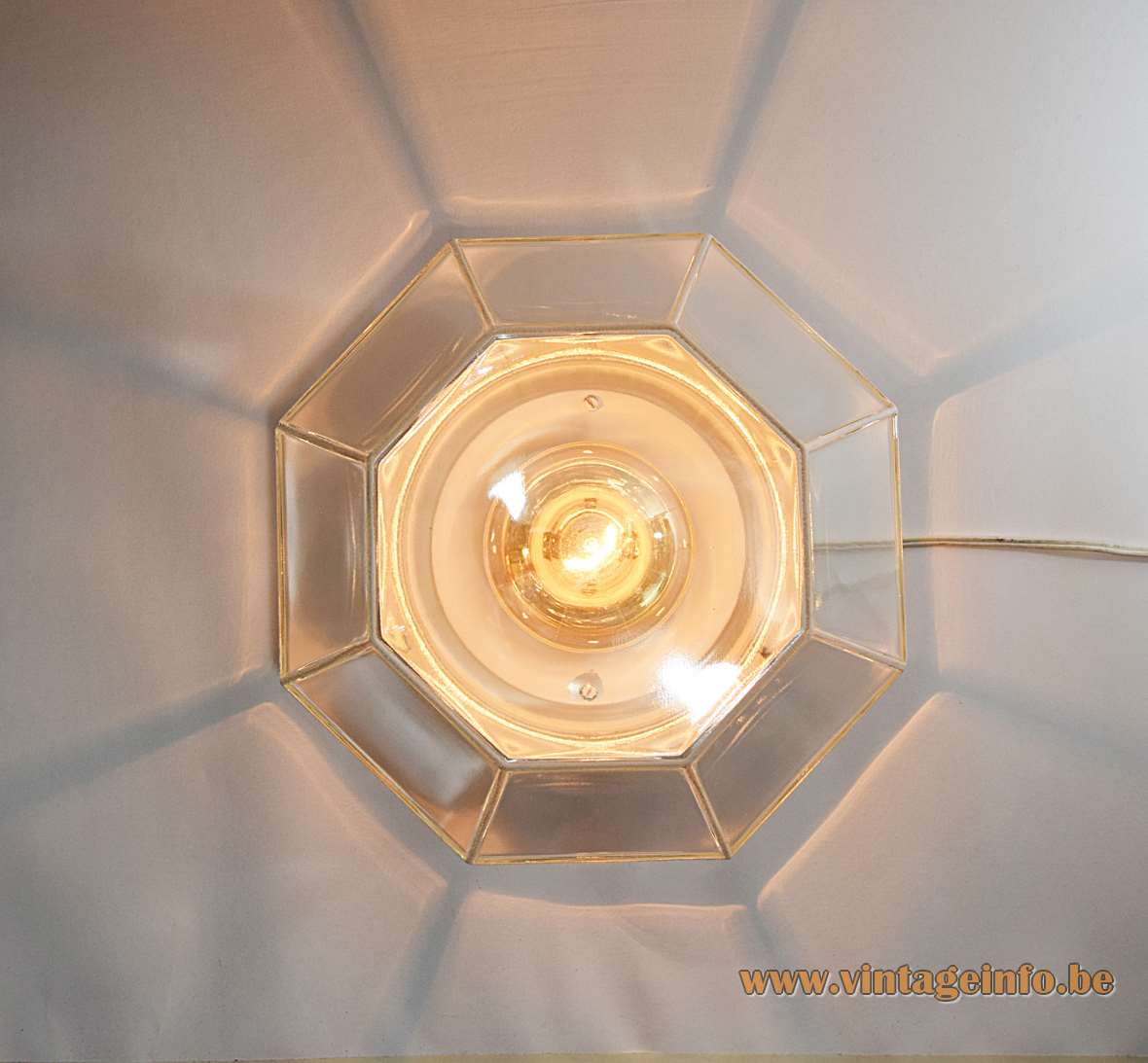 Other versions: This Glashütte Limburg Facette flush mount exists in several colours and sizes. Up to 4 bulbs. Also made as a pendant lamp, wall lamp and table lamp. This one can be used as a wall lamp or ceiling lamp.

Similar lamps were also sold by Hans-Agne Jakobsson. The Pastoral and the Caruso lamp appear in catalogues from 1959.

This lamp is often named Octagon, but it is Facette, according to the catalogues.