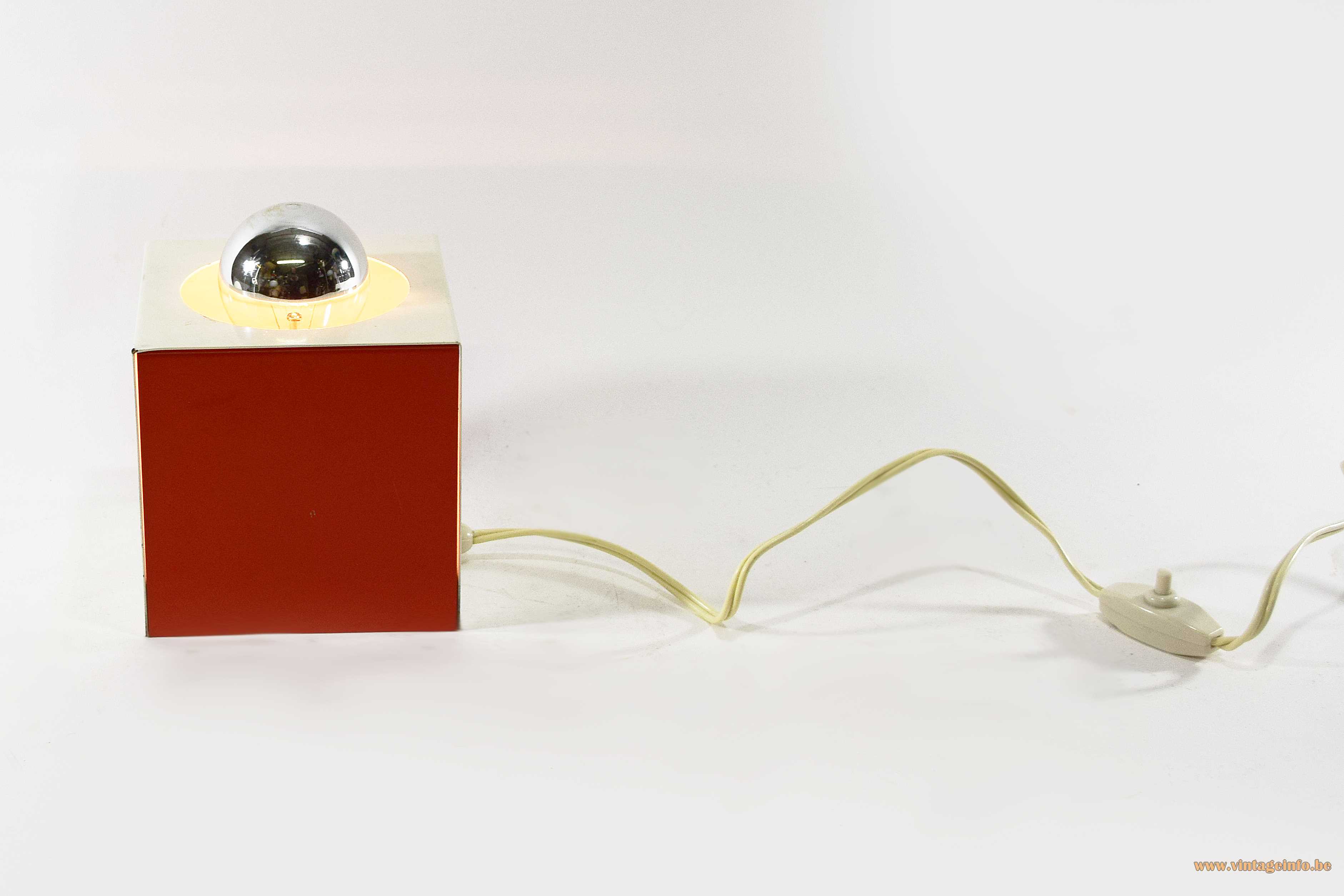 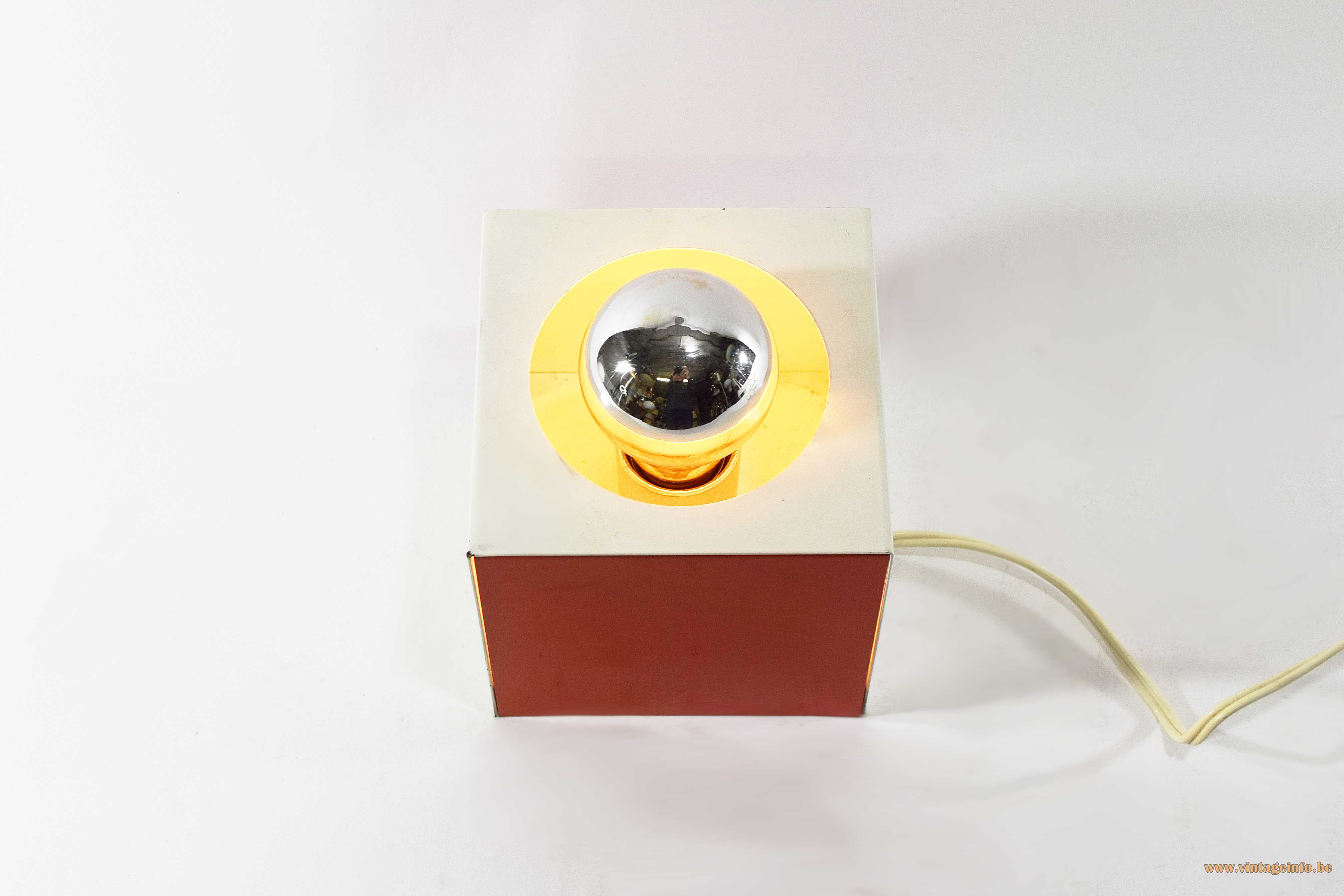 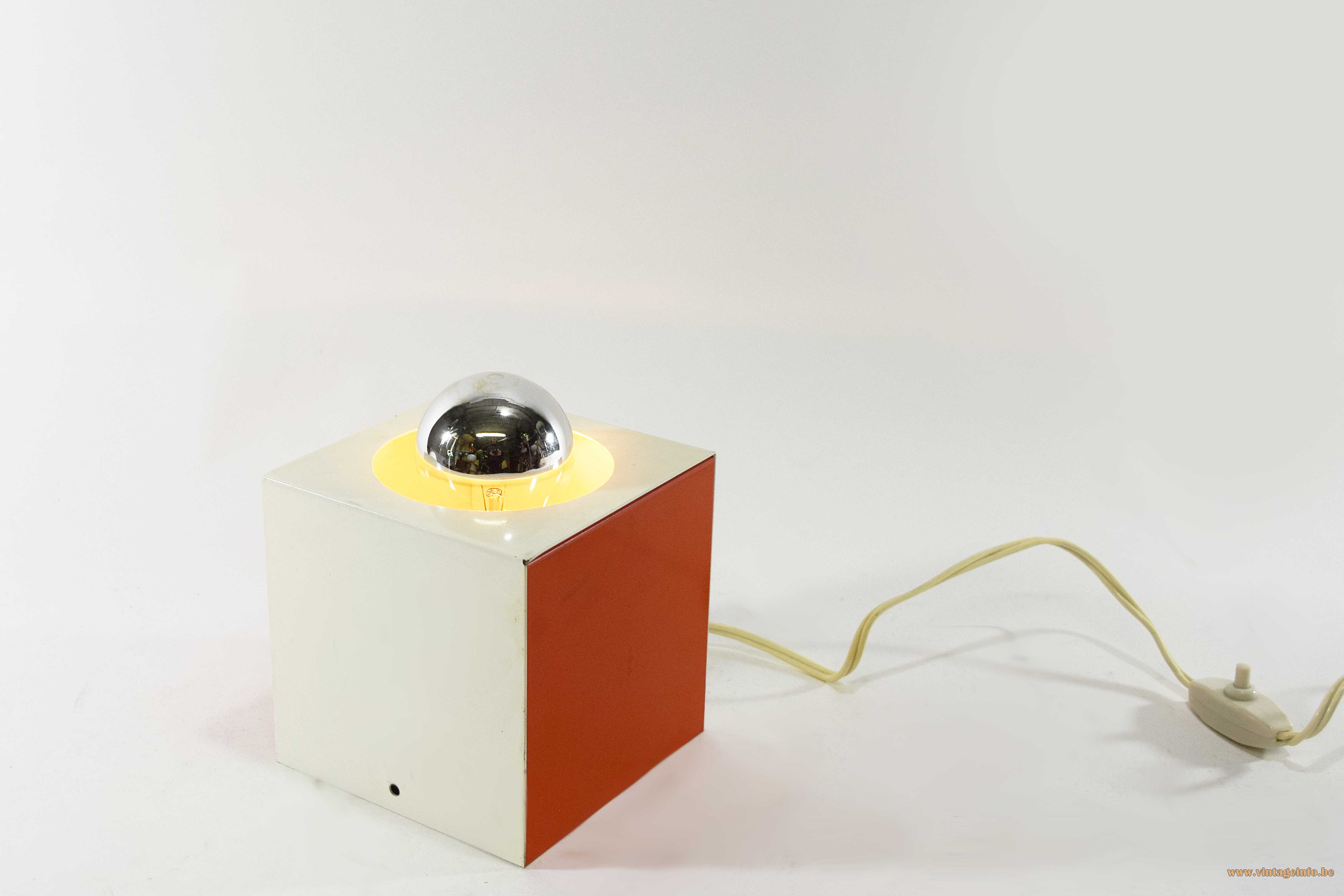 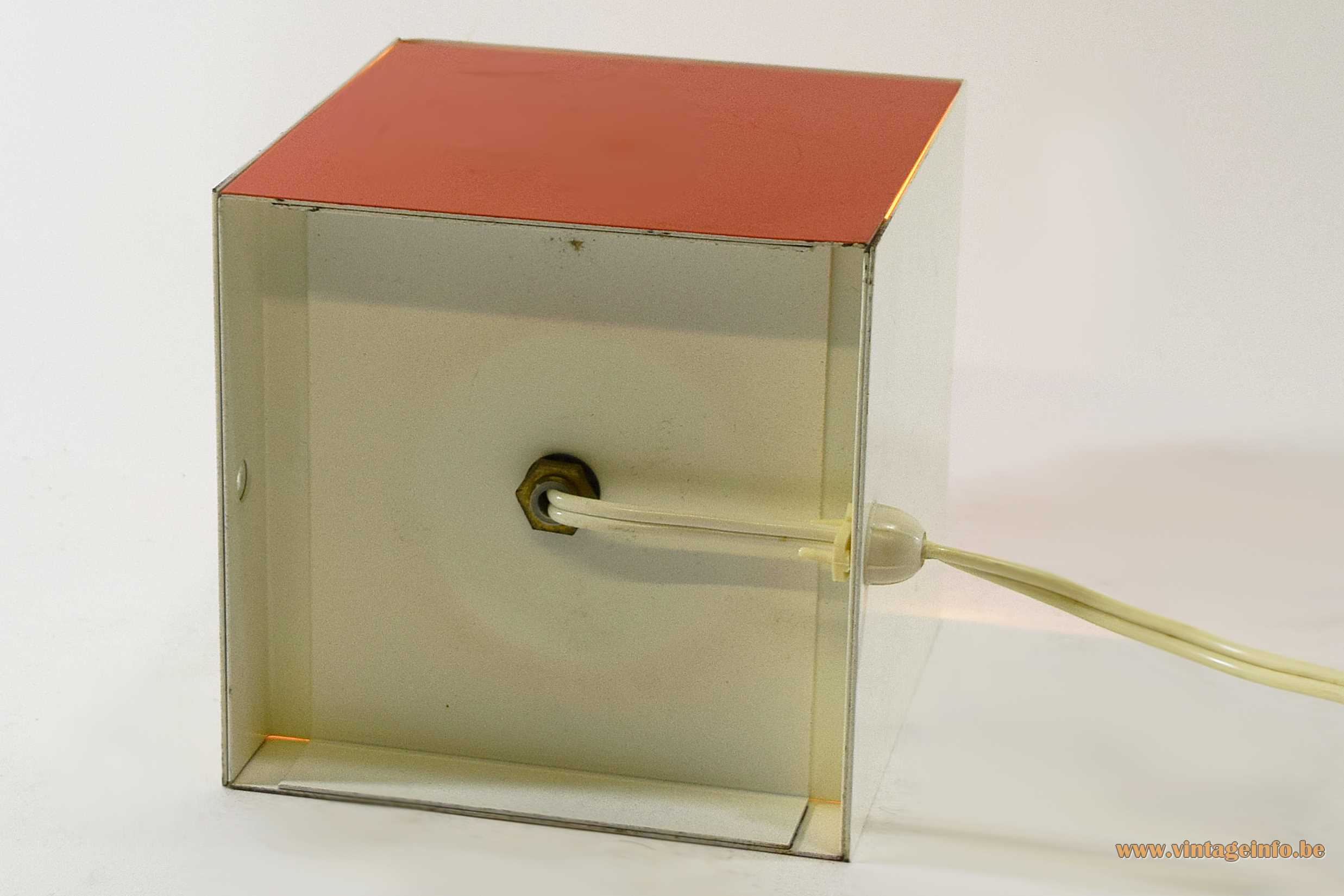 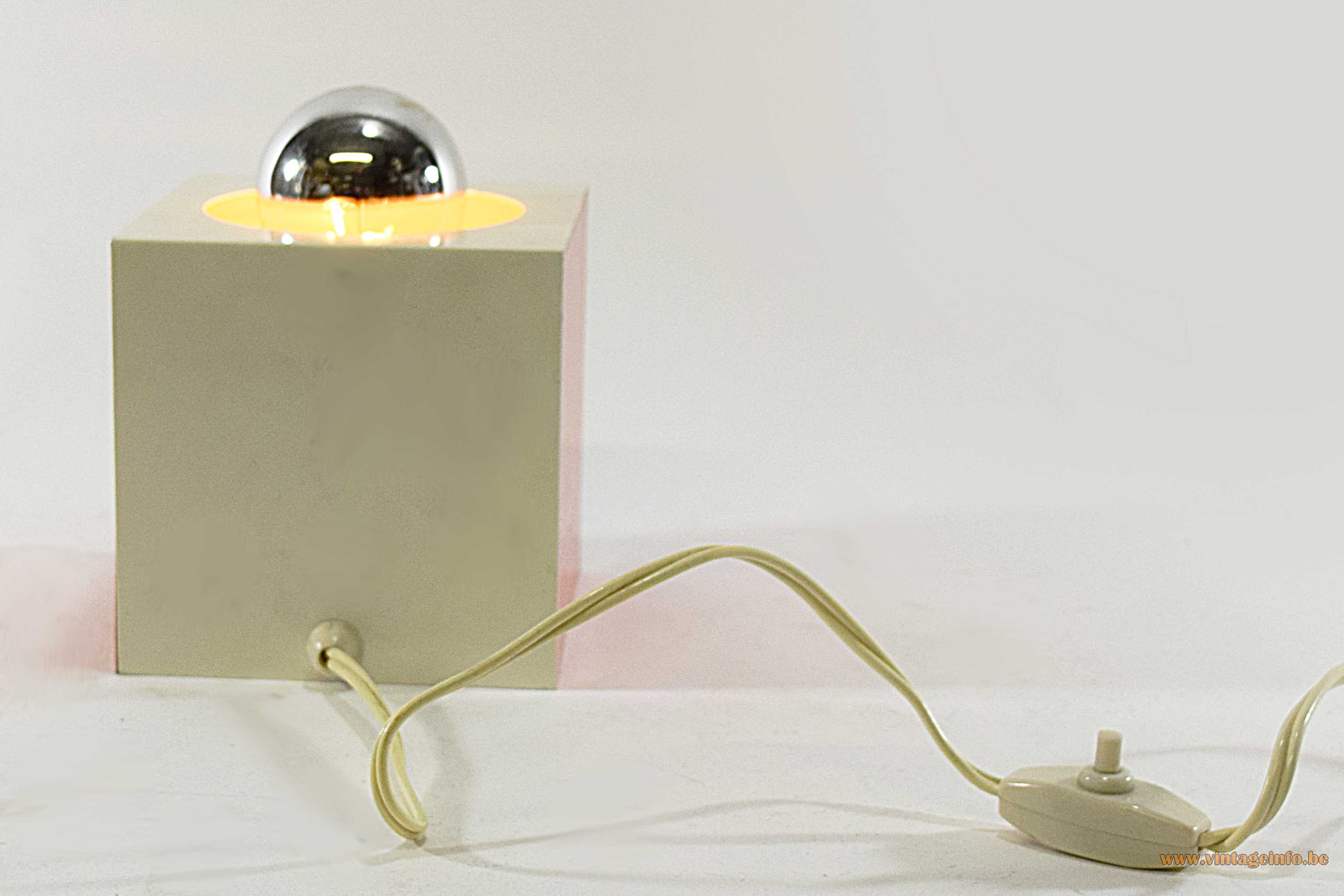 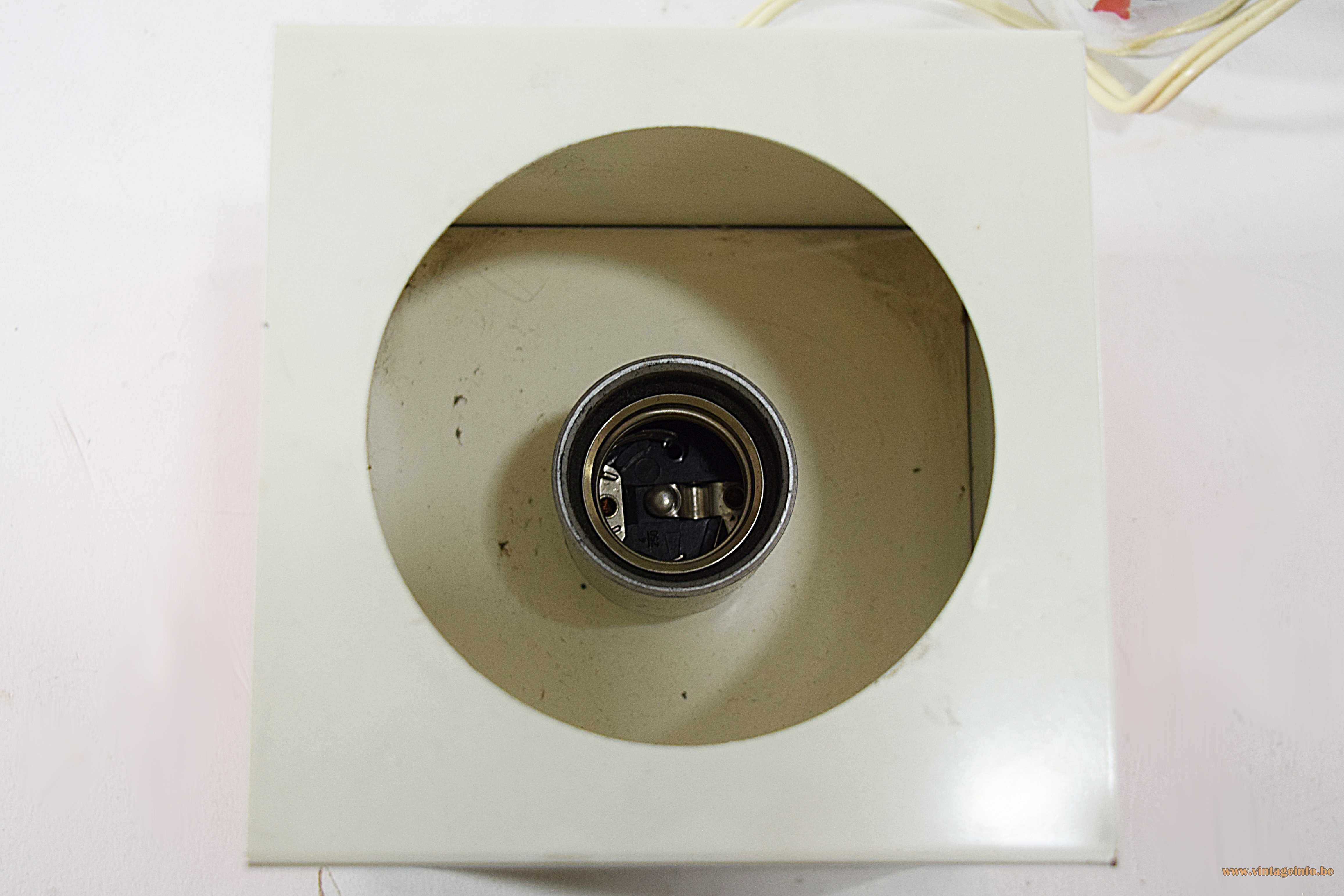 Electricity: 1 bulb E27, 1 x 60 watt maximum, 110/220 volt.
Any type of light bulb can be used, not a specific one preferred. For this setup a silver cupped bulb was used. Below a photo with a globe lamp, anything is possible.

Other versions: This sixties cube table lamp was probably made in several colours. It is provided with a small hole/recess for use as a wall lamp. 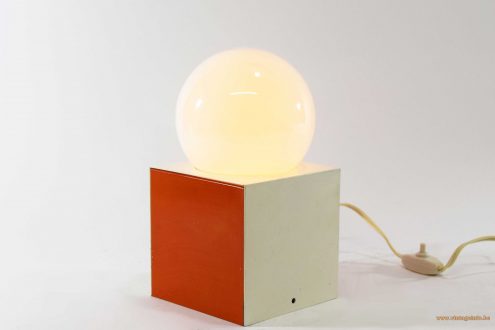