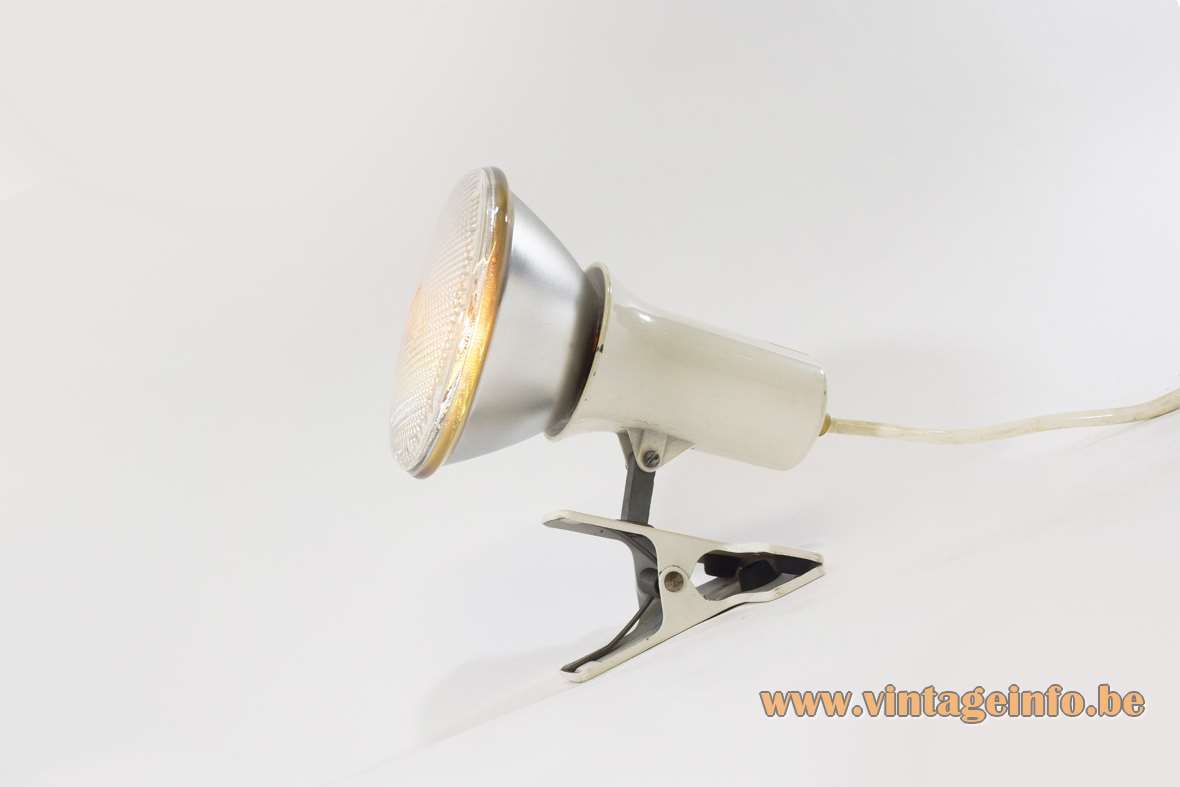 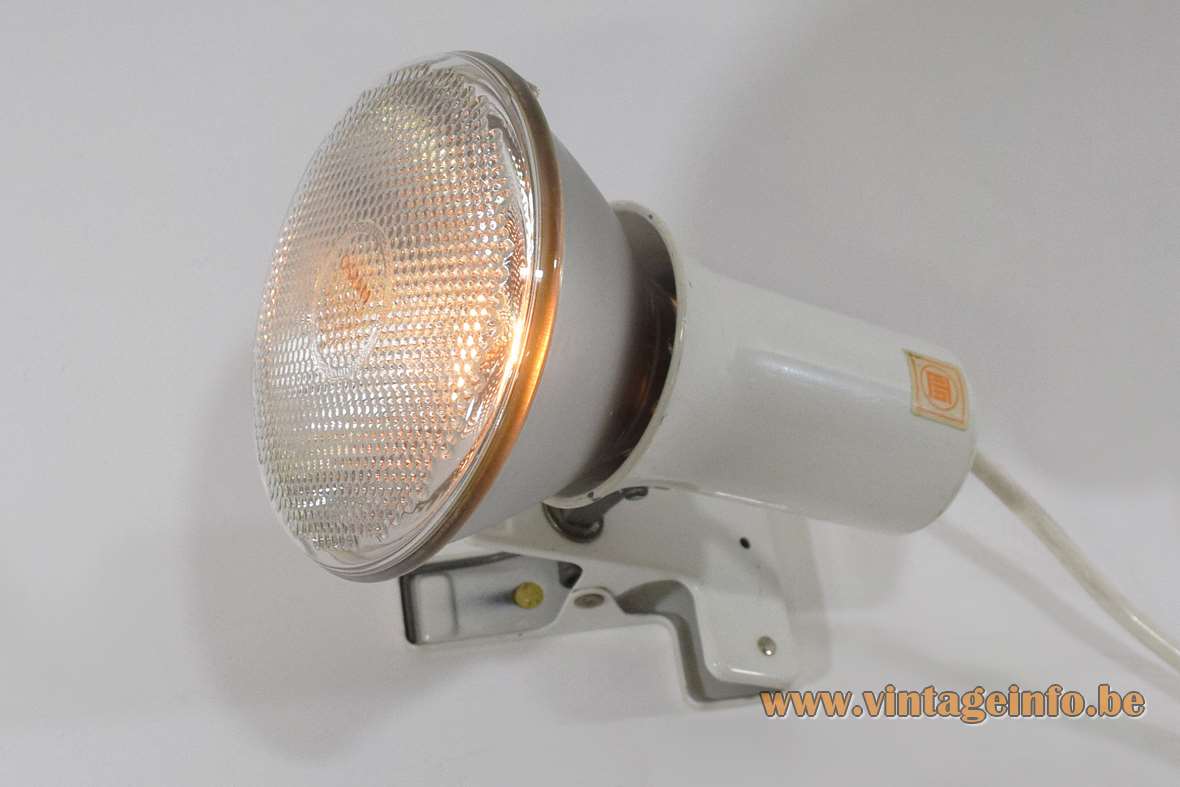 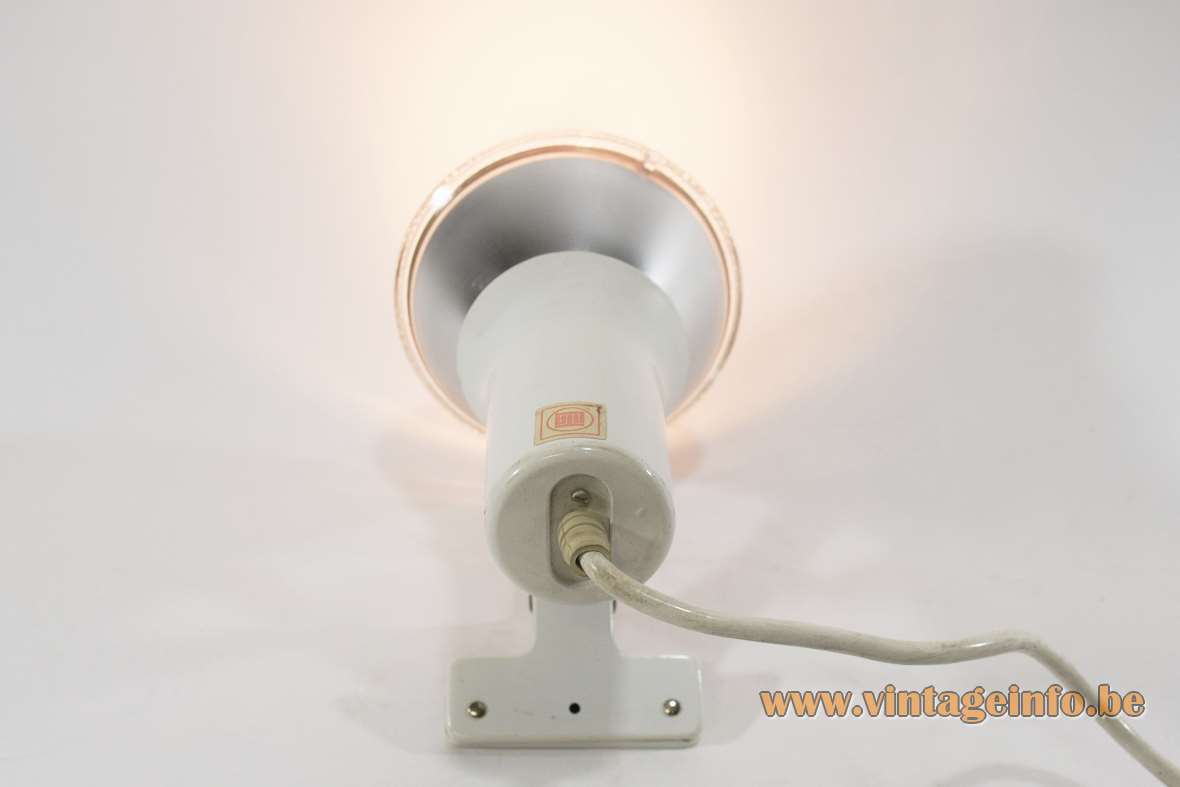 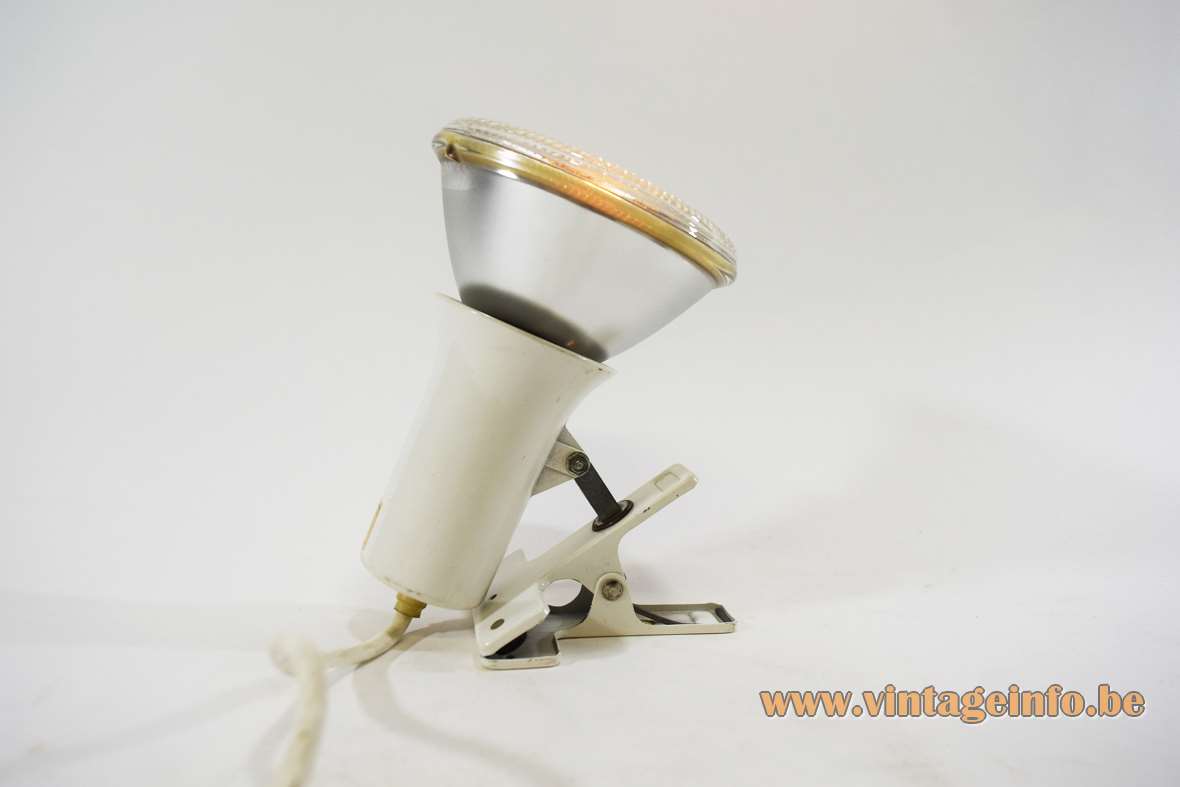 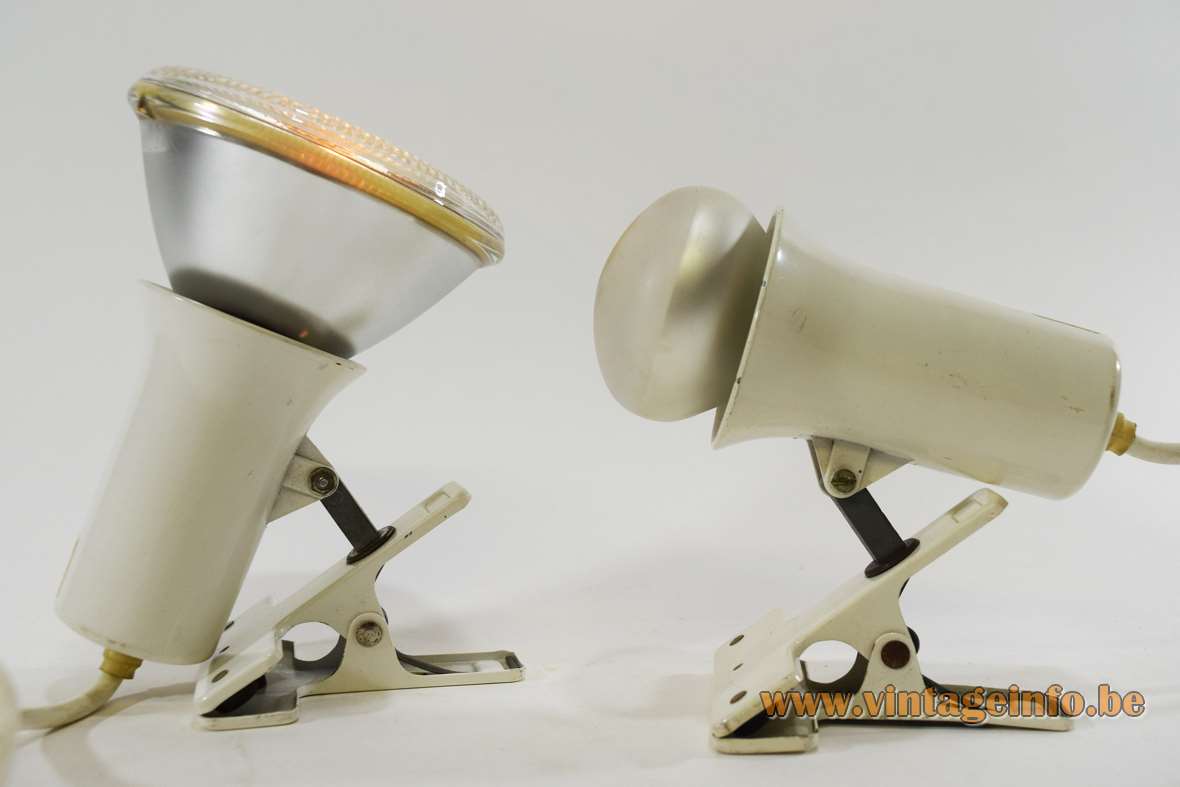 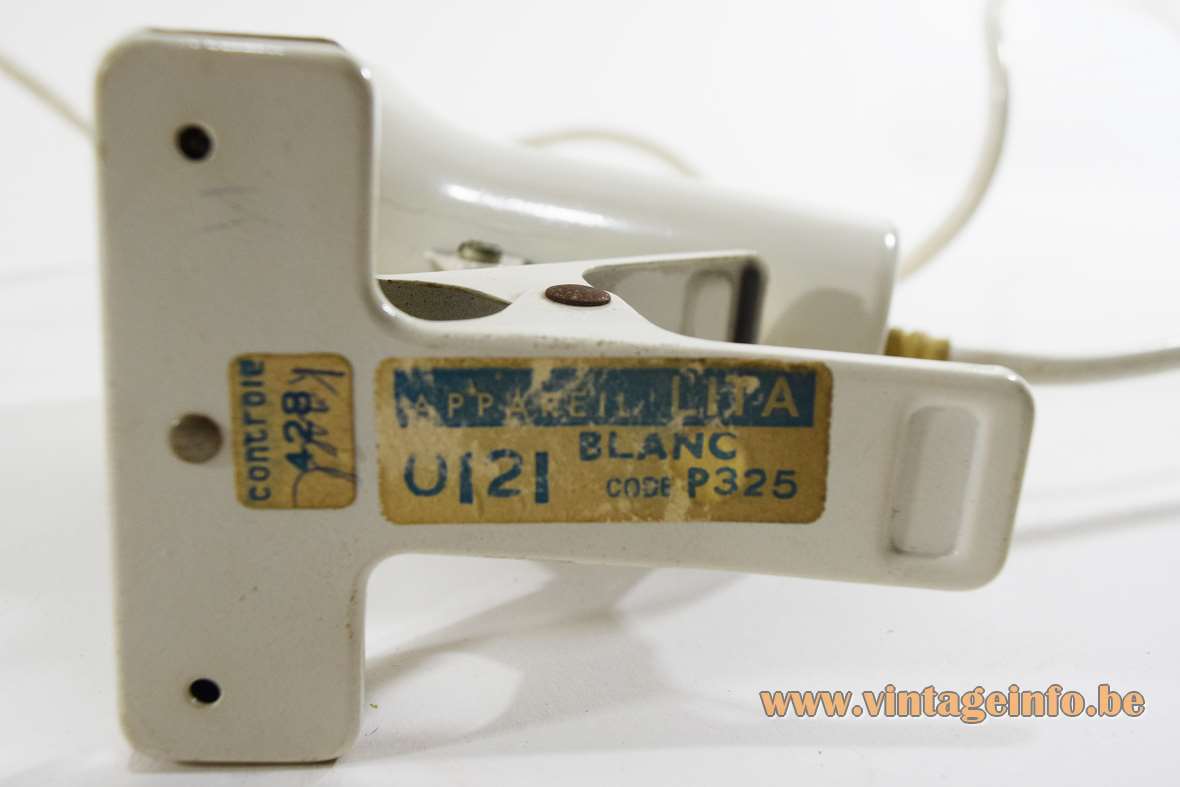 Other versions: This 1970s Lita clamp spotlight was made for a long time and was produced in many colours. Versions exists with hammered paint.

The names Projelux en Lita were used for a couple of years. Projelux made several Philips lights for the French market. In 2002 Philips merged with Mazda. The two brands still coexist, but the Philips products are presented in the catalogue of Mazda and vice versa. From 2007, products previously sold (and labelled) as Mazda products are now sold and labelled as Philips products.
In 2011, the brand Mazda Eclairage and its website, officially disappears to give place to the brand Philips.

The famous French light designer Jacques Biny (1913 – 1976), designed several lights for Lita such as the Zodiac wall lamp, a type of projector lamp.