More or less the same globe wall lamp. It is equipped with another light bulb. A compact fluorescent lamp of 18 watts. Lamps with E27 light bulbs also exists. 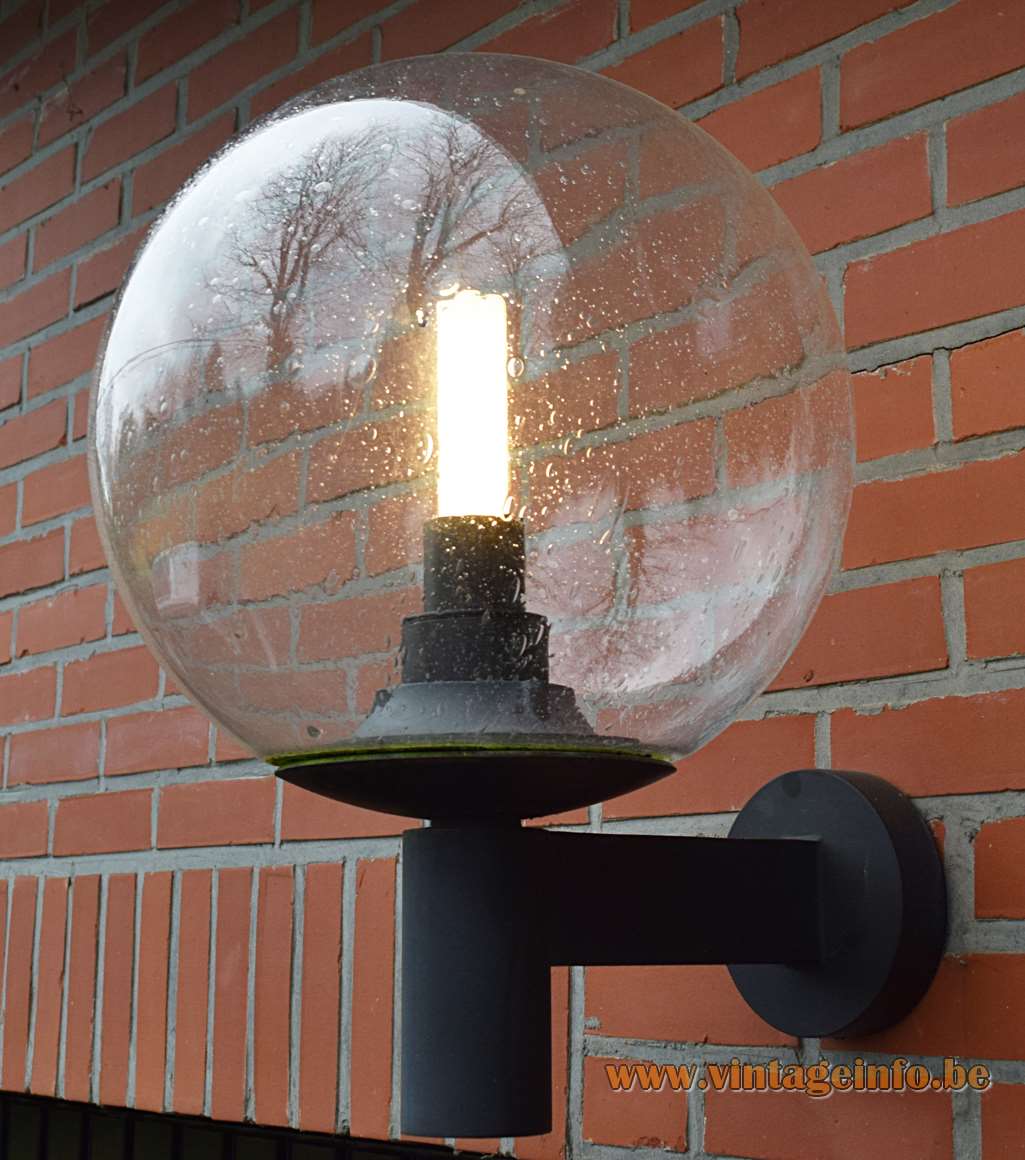 White BEGA Garden wall lamp
V
ersion spotted in the entrance hall of an office in Aachen, Germany in 2015 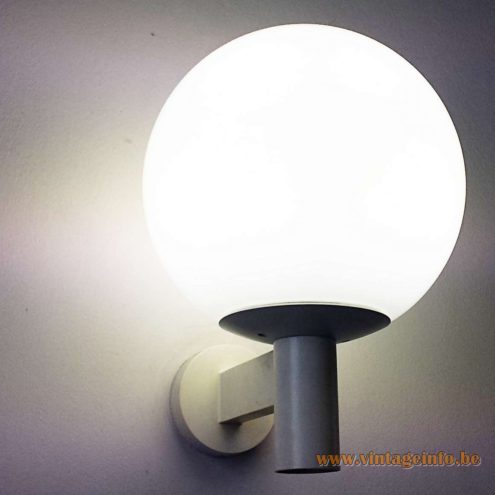 Spare parts can still be ordered for these wall lamps. They can be used inside or outdoors (IP 44 – splash proof). (2018)

One of the best known designers is Helena Tynell who created several lamps for the company. Her most famous are the bubble glass lamps series. Helena Tynell (1918 – 2016) was married to the famous designer Paavo Tynell (1890-1973).

The BEGA company was founded in September 1945, at the end of the Second World War. BEGA started as a small business with 5 employees. The company received the “Medaille d’Or” at the international trade fair in Luxembourg in 1952. In 1958, BEGA constructs the new multi-storey luminaire block with a few other companies at the largest industrial fair in the world in Hanover. An important and courageous step which finally leads to the “World Light Show“.

The complete history of the BEGA company can be found on their website. The company still exists and they make beautiful (industrial) lighting. BEGA received 275 iF Design Awards. You can find them over here on the iF Design website.