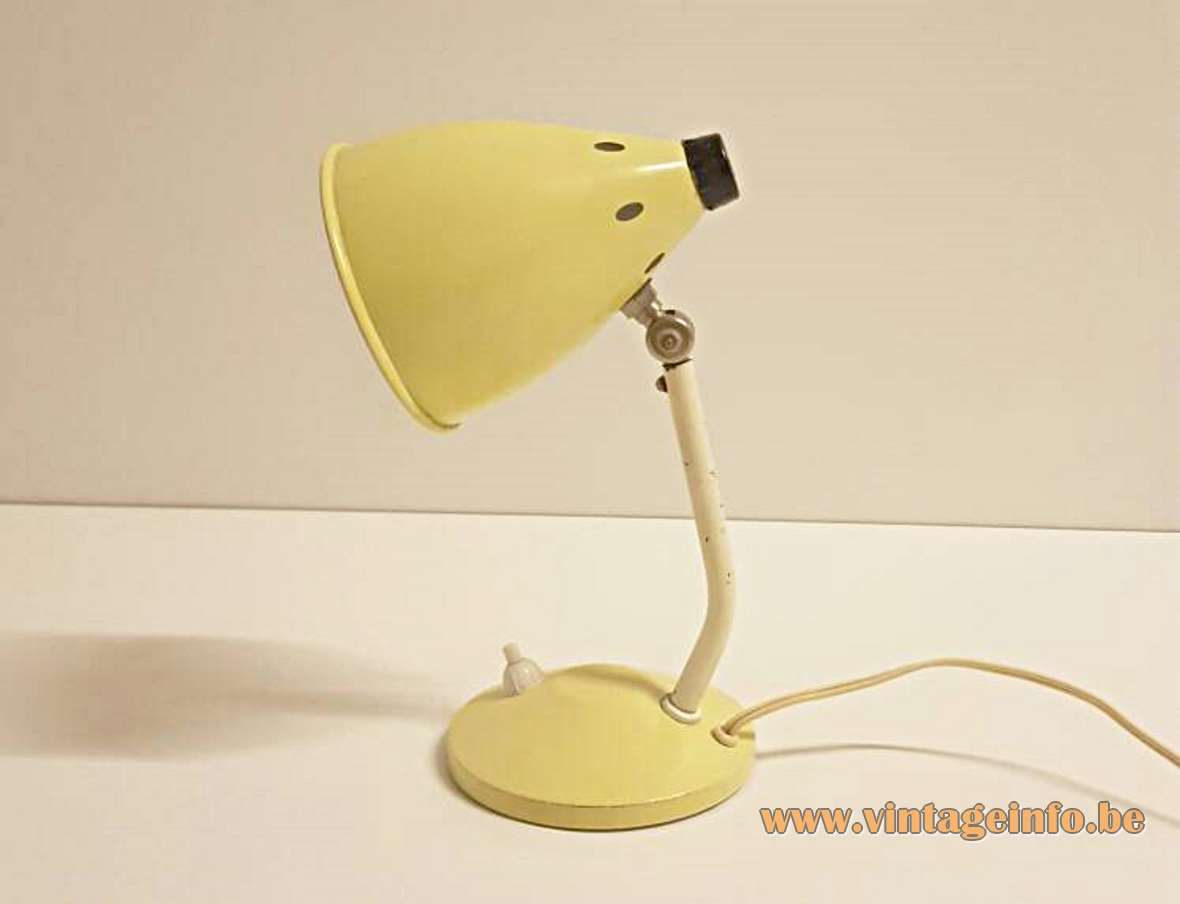 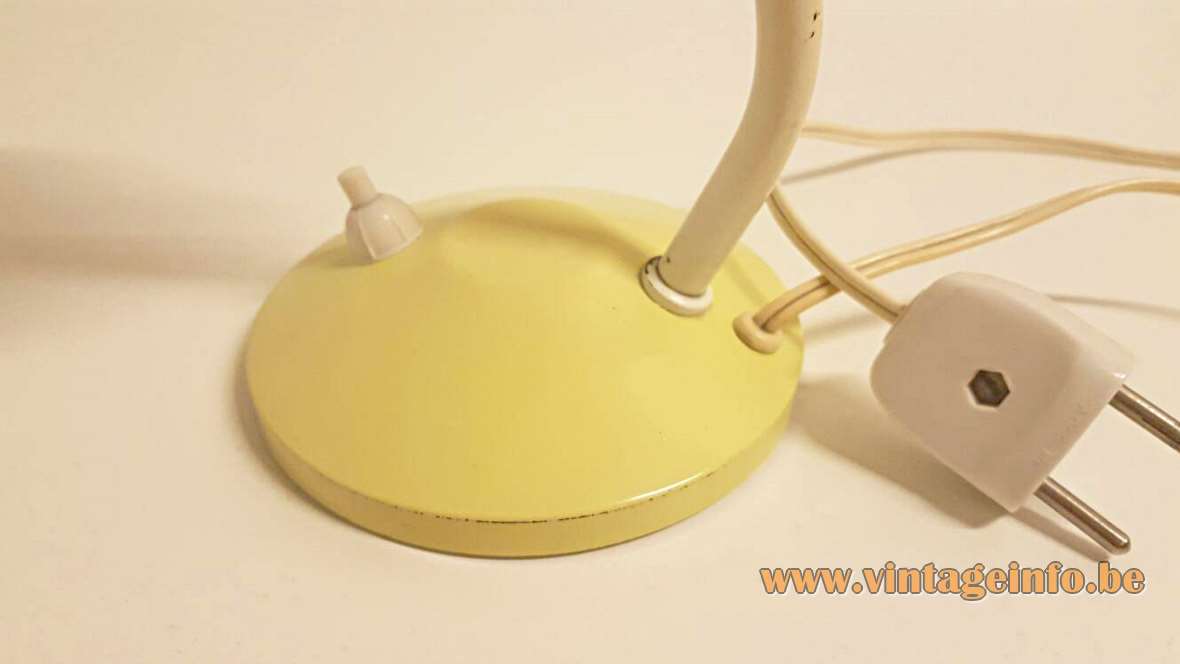 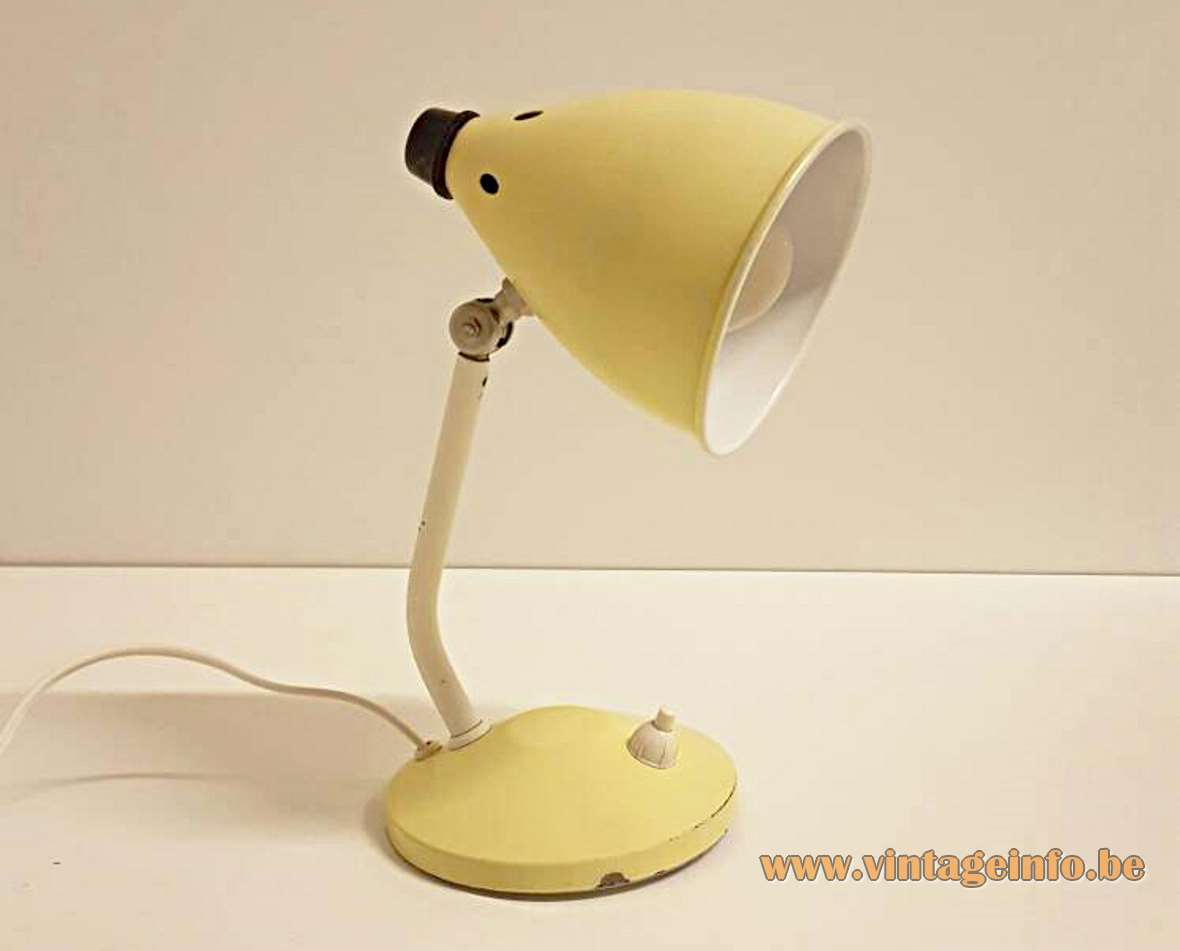 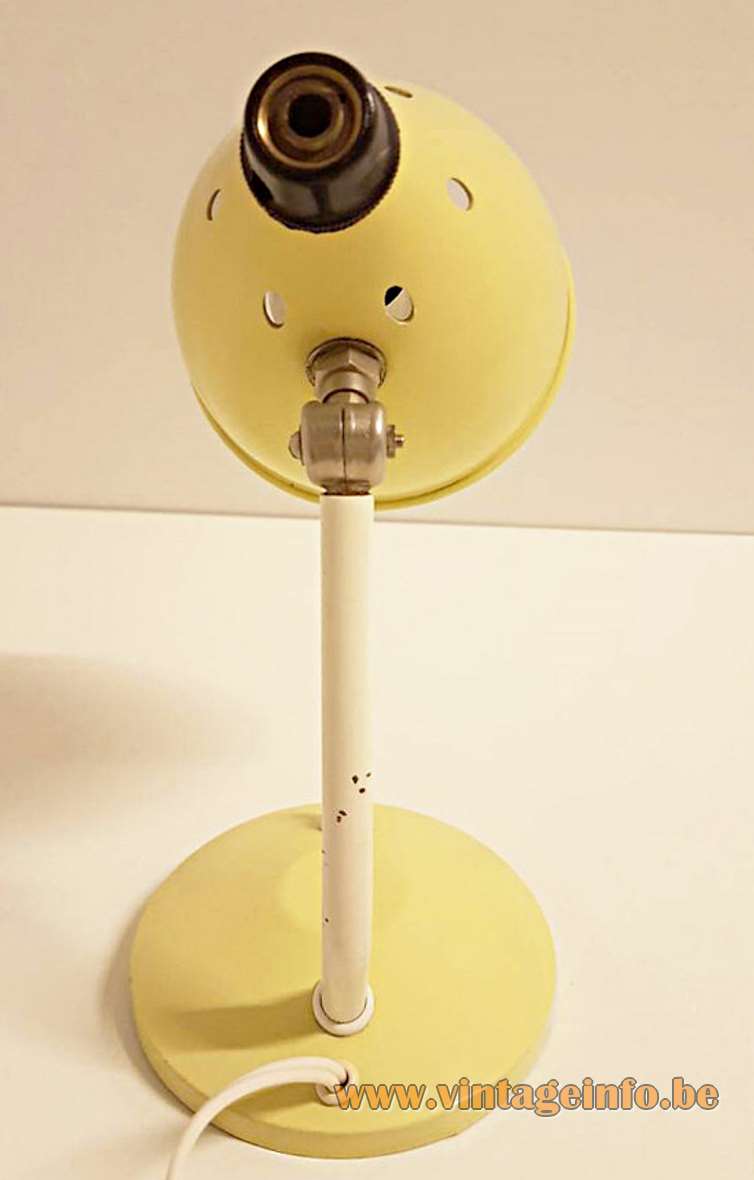 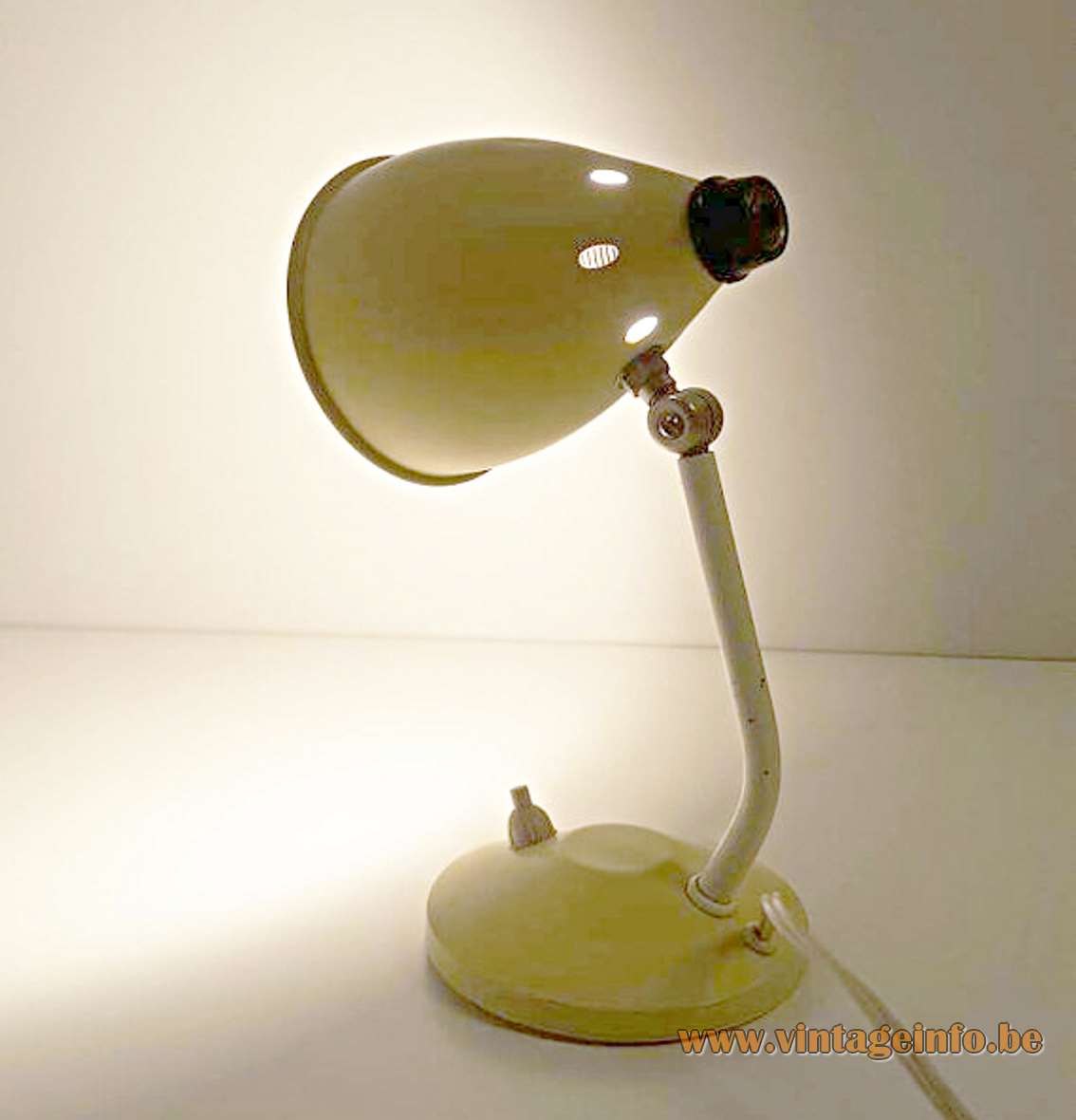 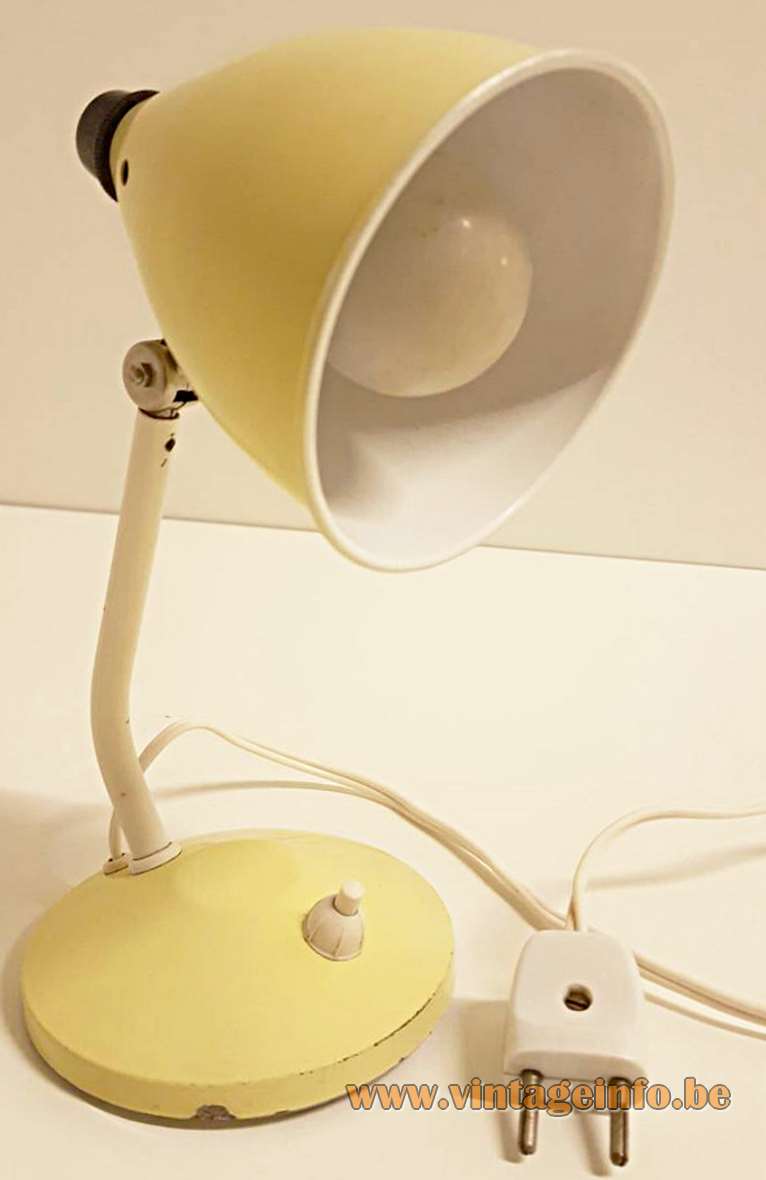 Hala Bartje in the 1967 catalogue

Other versions: This Hala Bartje desk lamp exists in several colours and variations. Made with a rod or a chromed metal goose-neck. These table lamps appear in the Hala catalogue of 1967 and in many other catalogues. Bartje is Dutch for little Bart, a boys name. These bedside or children’s room lamps were made for a very long time.

Hala is one of the first light companies of The Netherlands, originated in 1932 in the city of Zeist and later moved to Amersfoort.
Herman Theodoor Jan Anthoin Busquet, the designer of many Hala lamps is also the founder of the company.
In 2011 Hala took over Dijkstra Lampen from Haarlem, also in the Netherlands.  In 2013 Fokke Dijkstra junior was in a position to buy back the company his grandfather started. “Making lamps is in our genes” thus Fokke Dijkstra jr.

Today the company is located in Almere (since 2008) and is part of Maretti Lighting. A lot of Hala lights are still for sale in the Maretti web-shop.

Hala Bartje table, desk or bedside lamp in the 1967 catalogue 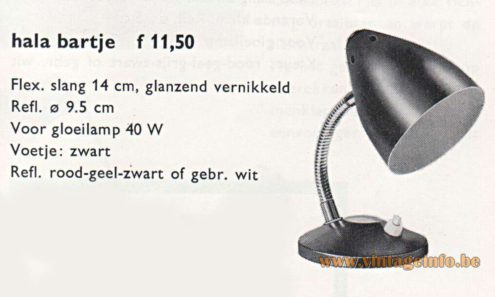 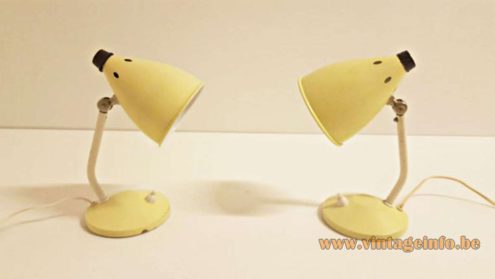