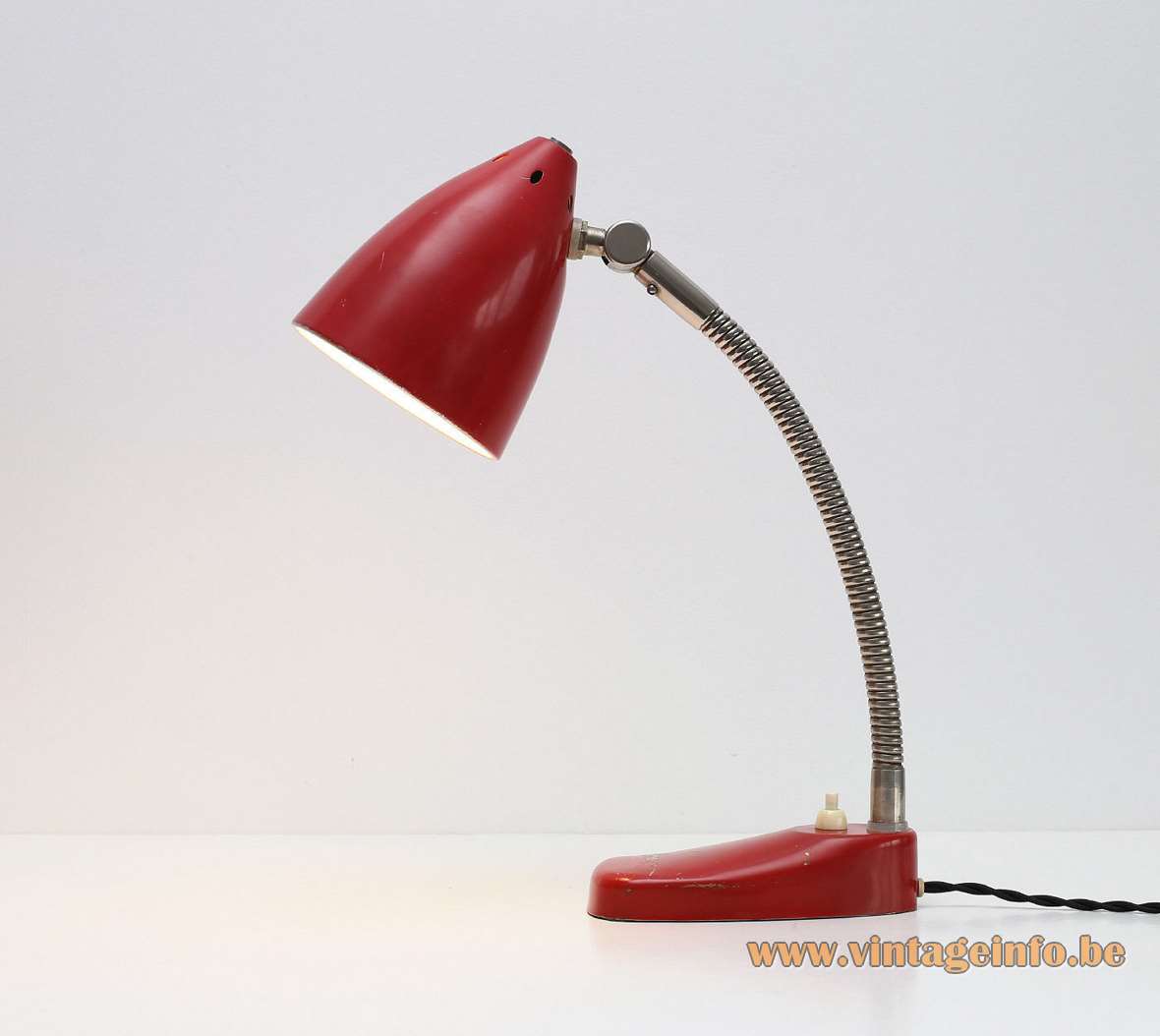 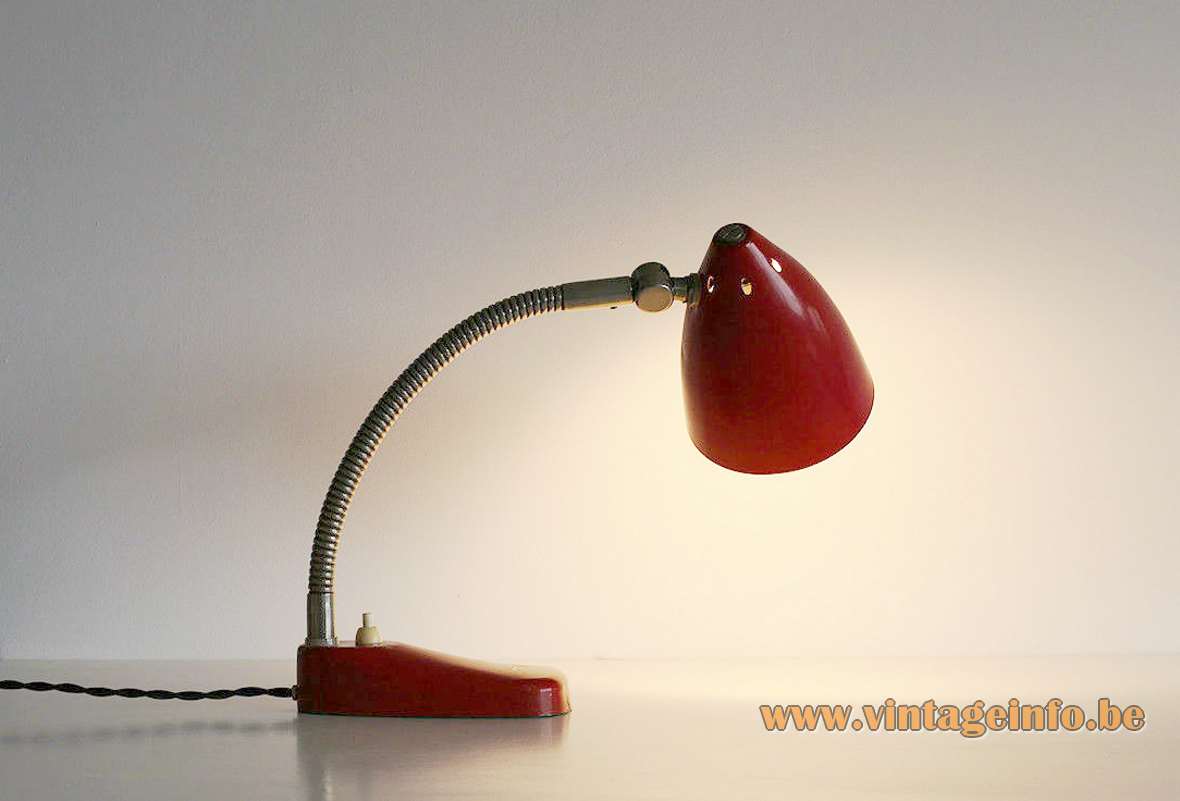 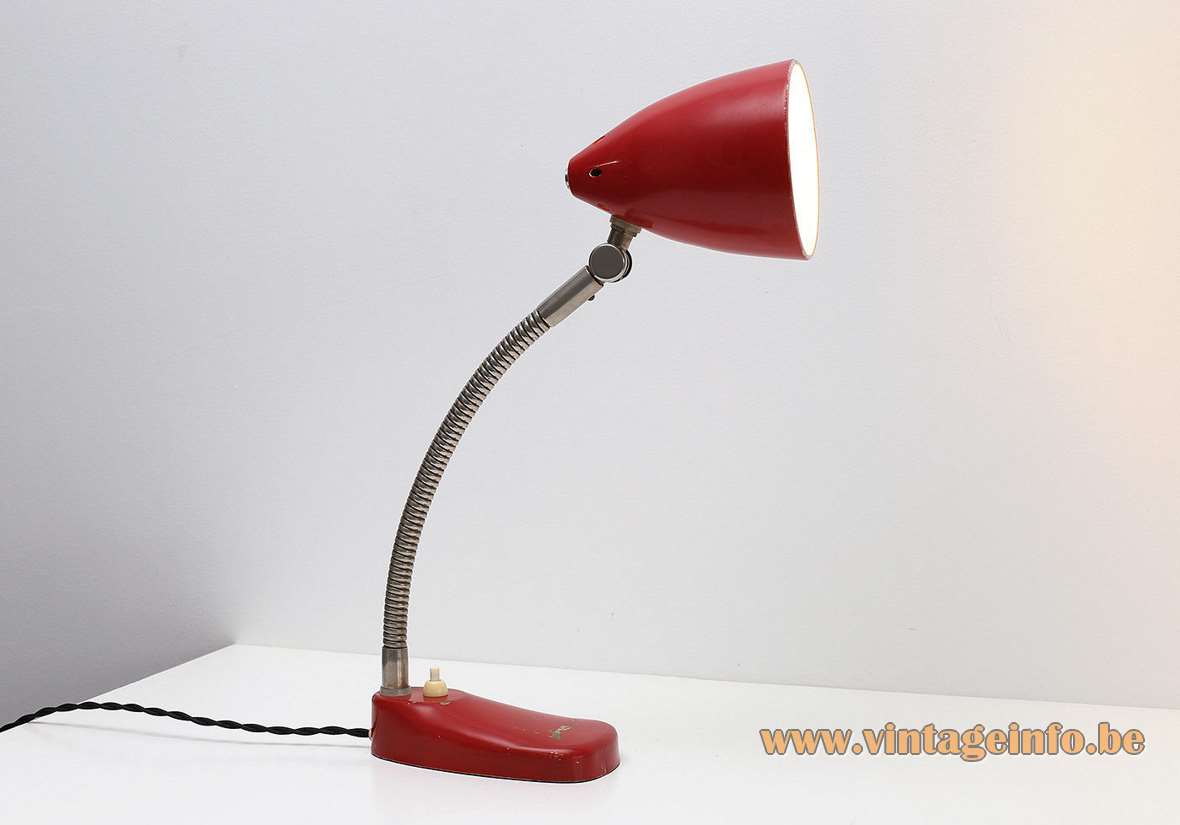 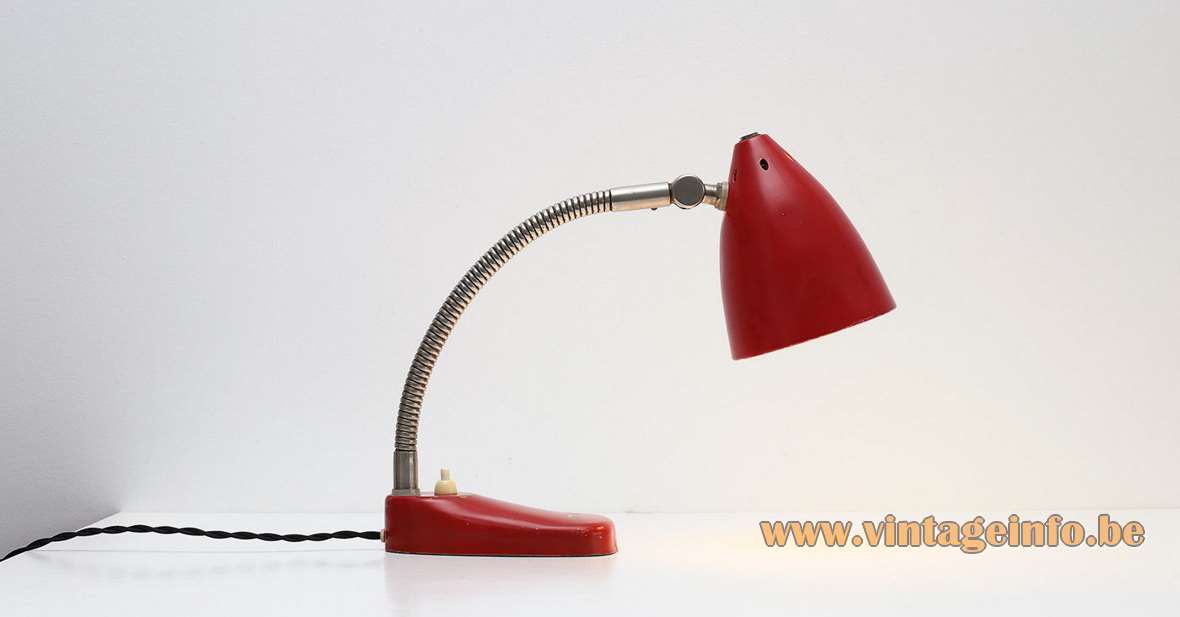 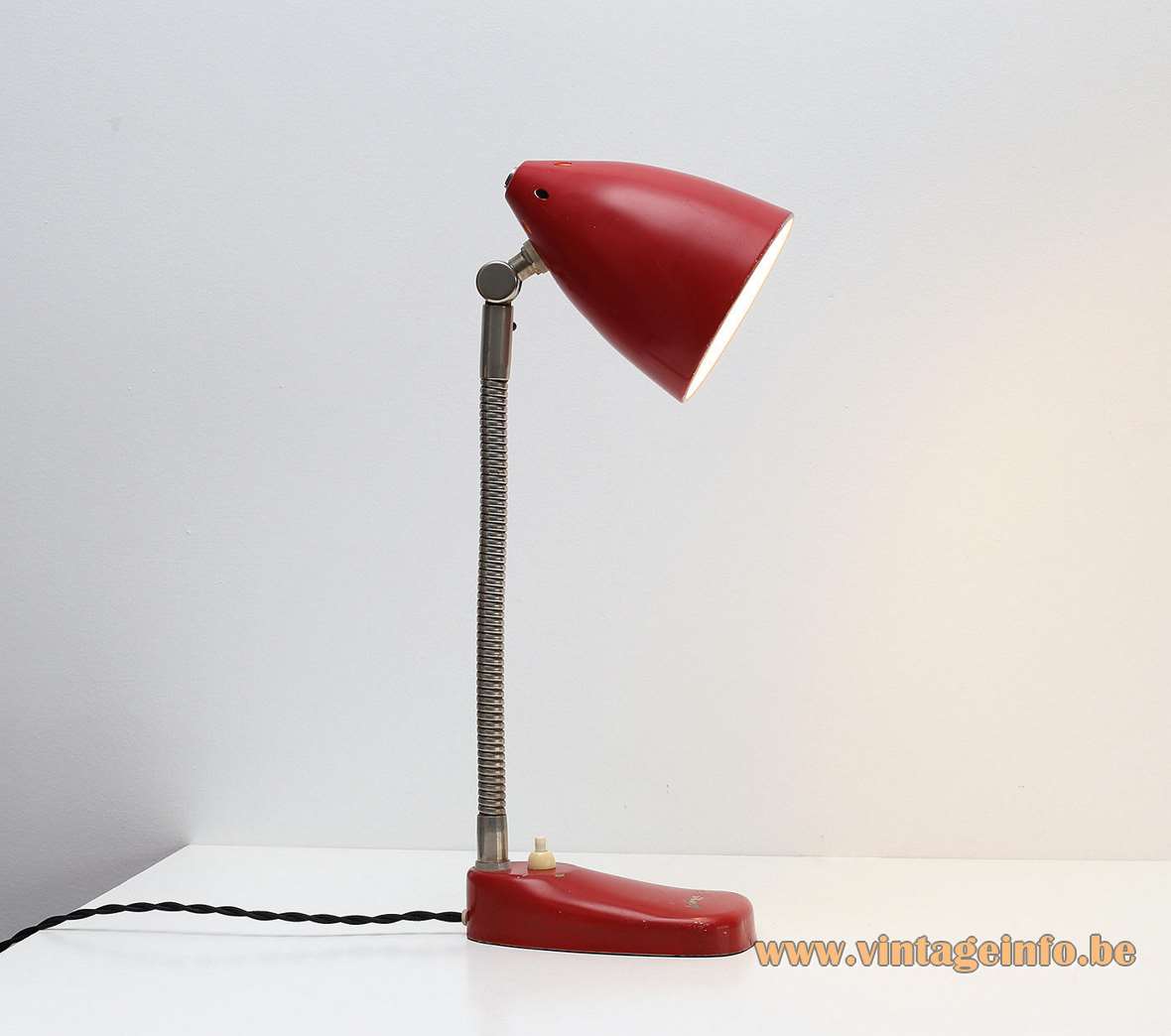 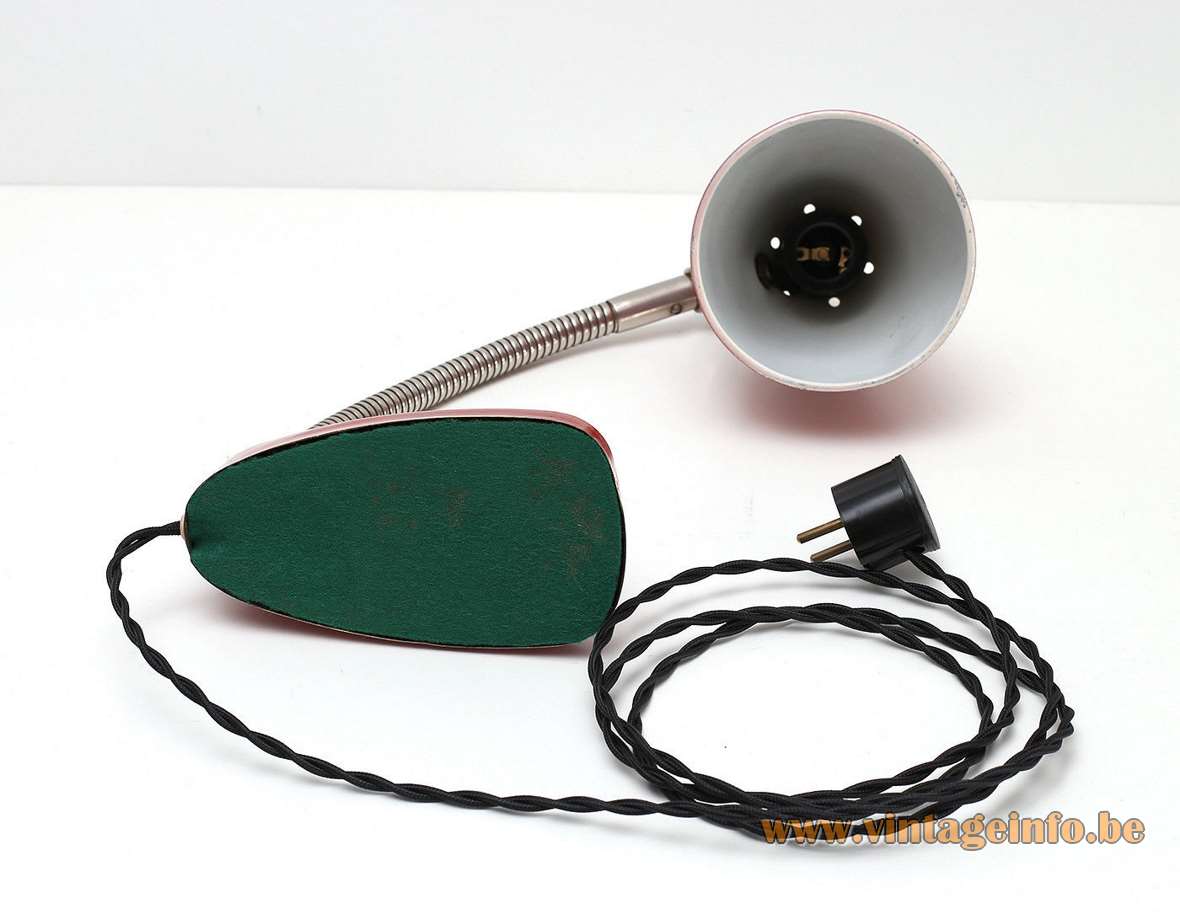 Materials: Red painted curved iron base with a built-in switch. Green felt on the bottom of the base. Red painted aluminium round conical perforated lampshade. Chrome gooseneck and joint. Bakelite E27 socket.

Hala is one of the first light companies of The Netherlands, originated in 1932 in the city of Zeist and later moved to Amersfoort. Herman Theodoor Jan Anthoin Busquet (February 9, 1914 – June 12, 1977) was the founder of the company. It is always said that he designed most of the the Hala lamps, but that is in all probability a false assumption. 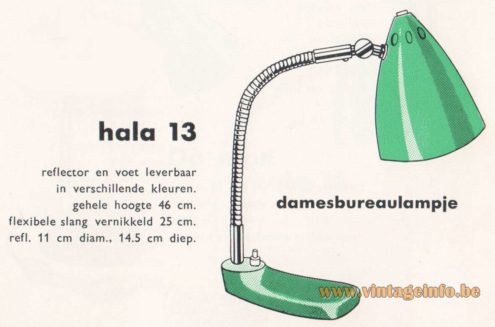 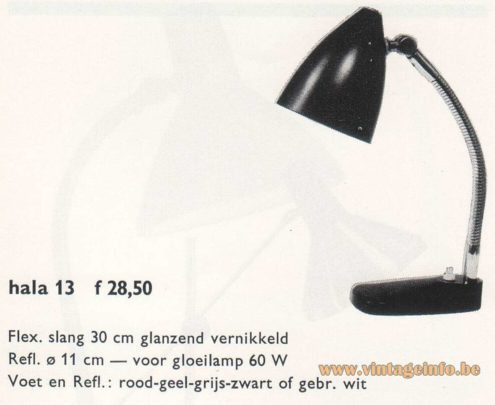