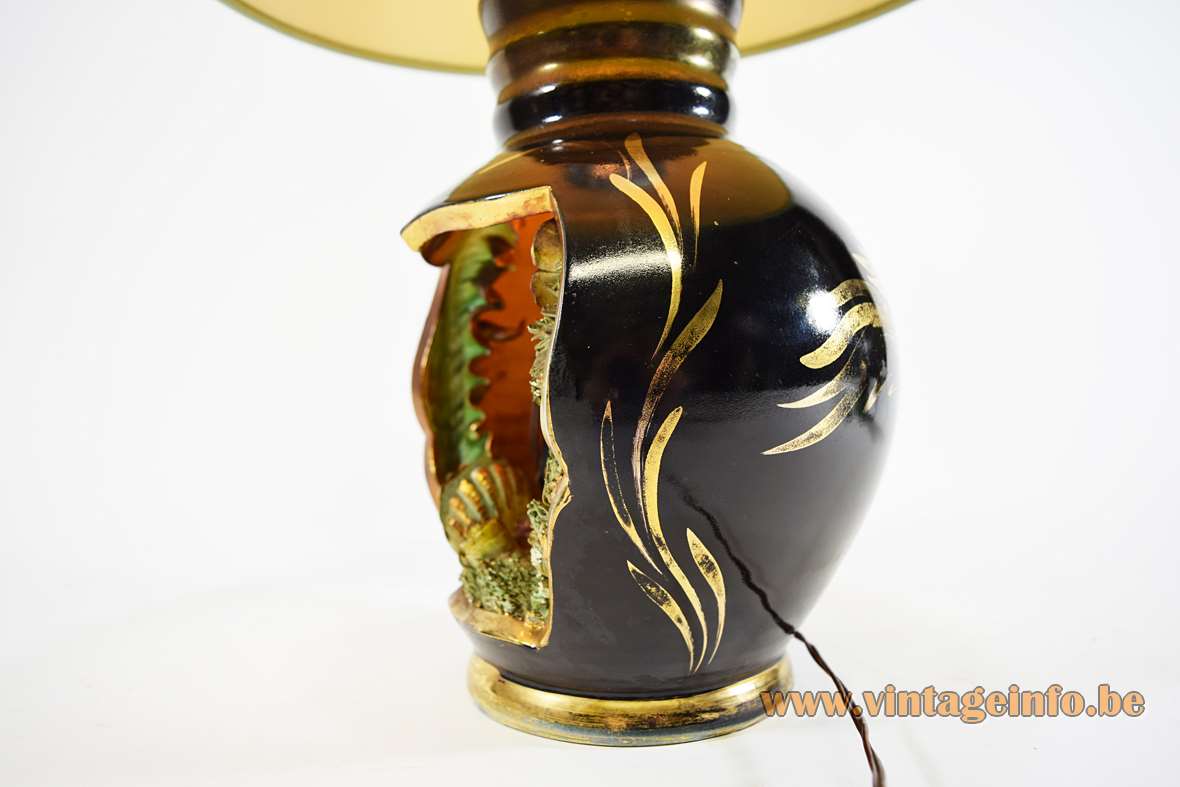 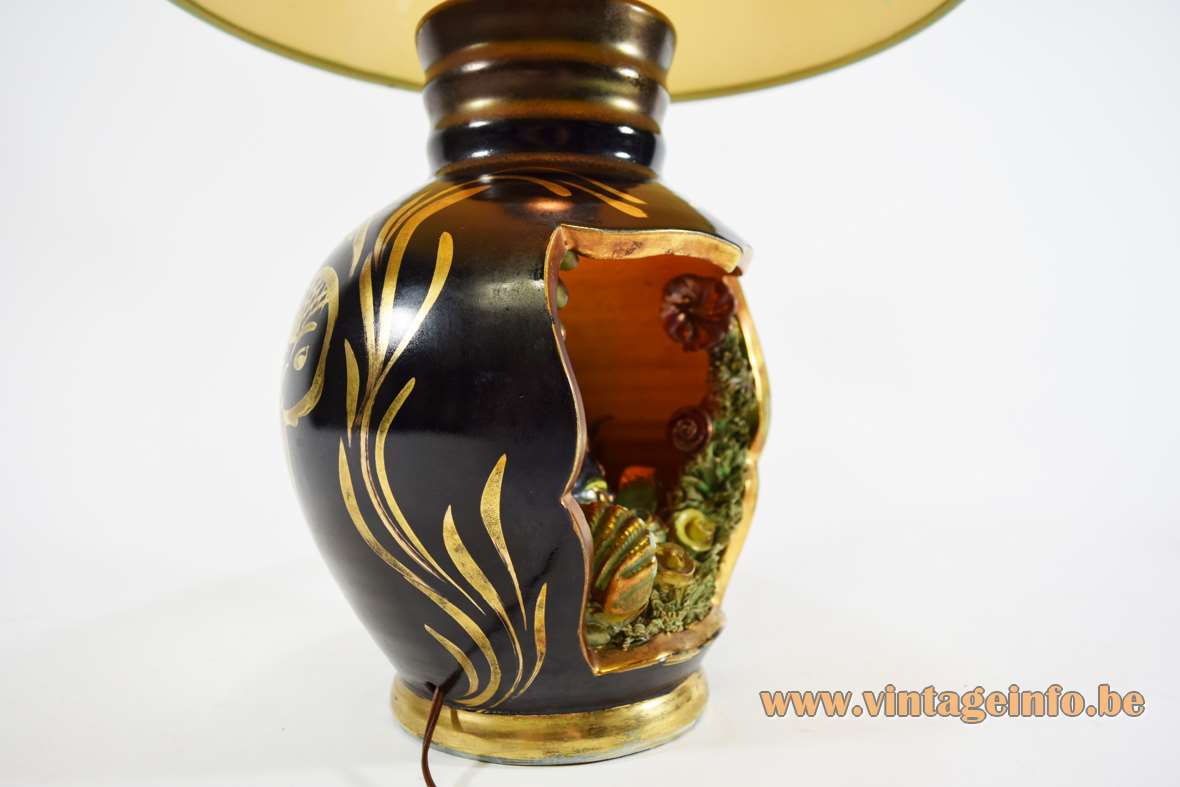 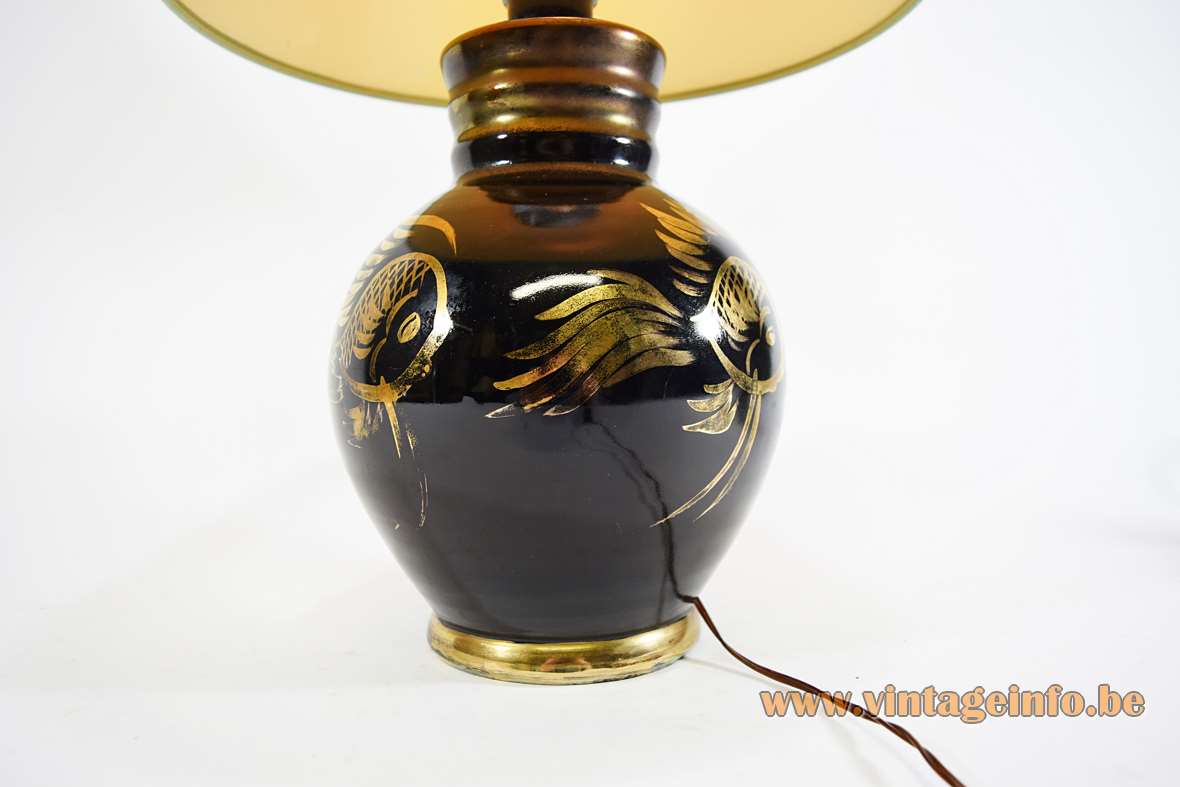 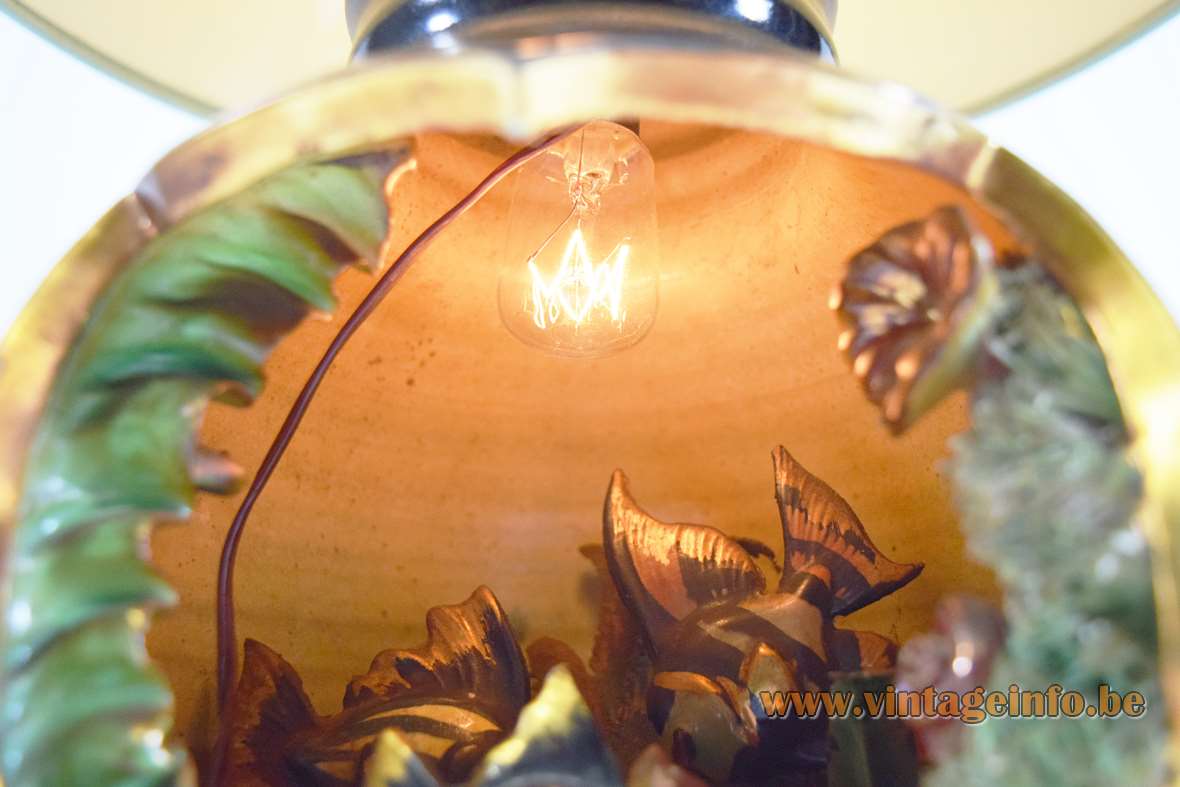 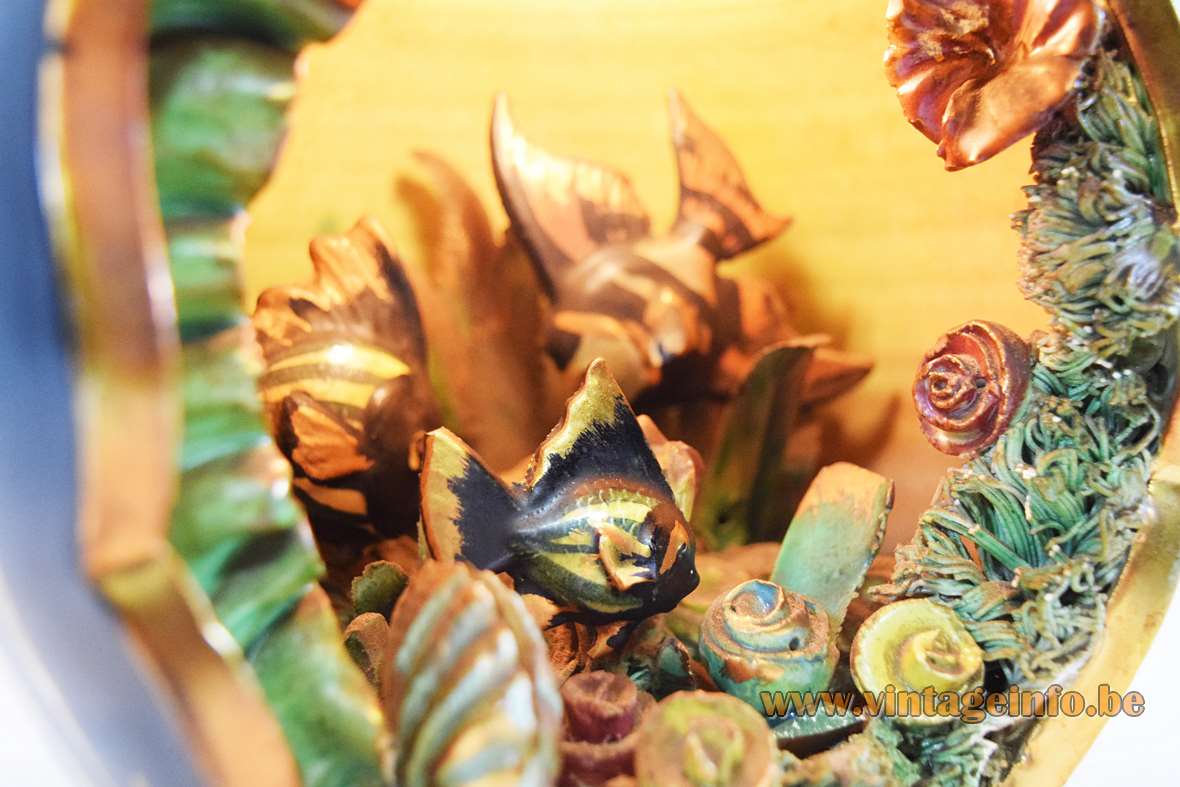 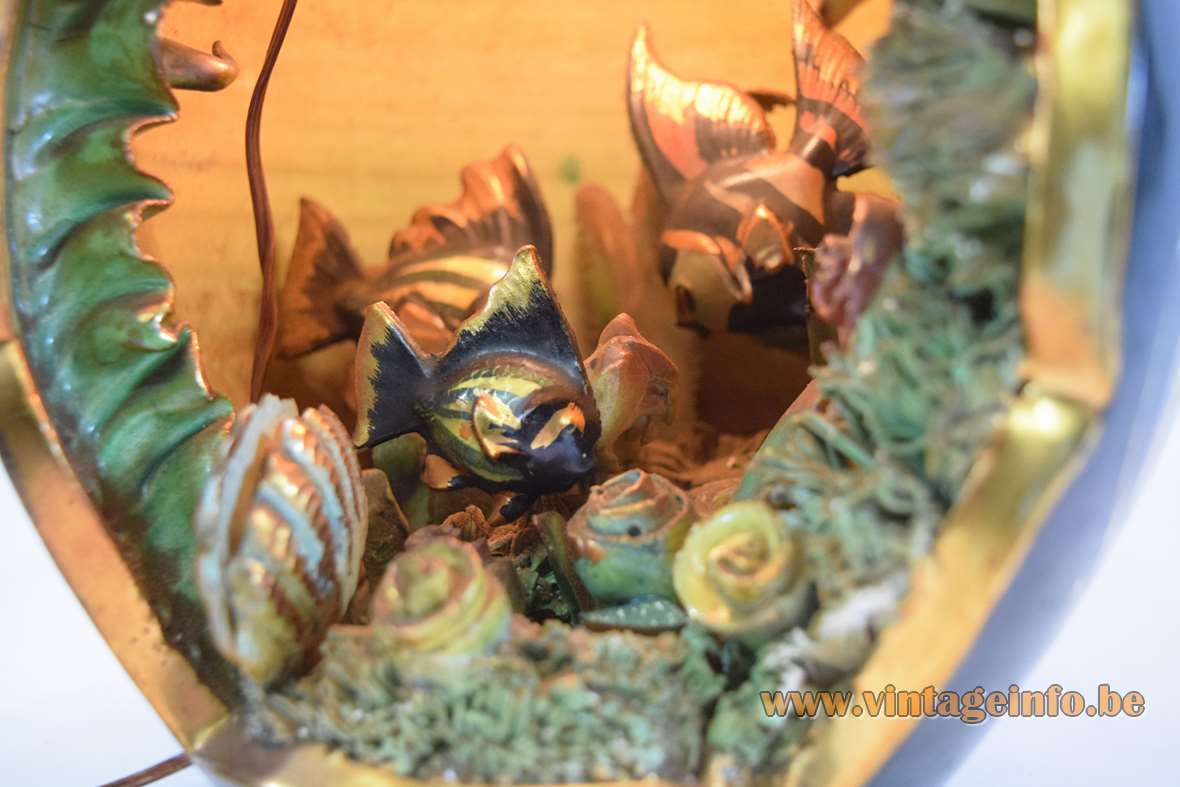 You can find this lamp here on Vintageinfo

Other versions: This Cermonac Monaco table lamp exists in many versions, all with fish, shellfish and crustaceans, bright colours, typical for the 1950s, 1960s.

Ceramic art of the Côte d’Azur

The various centers of production are located in two departments of the Côte d’Azur: the Alpes-Maritimes, including the Principality of Monaco and the Var. Vallauris, in the Alpes Maritimes, has been and remains the most important production center of this region. They make ceramics for more than 2000 years, in Monaco only since 1874. After the second world war the ceramics became famous worldwide.

In 1946 Pablo Picasso visited the city and became a potter. From that moment on, Vallauris will be the meeting place of the artistic aristocracy. Joan Miró, Henri Matisse, Raoul Dufy, Marc Chagall, Fernand Léger, Georges Braque, Jean Lurçat, Édouard Pignon, Tsuguharu Foujita, Jean Cocteau, Jean Marais, André Masson, Victor Brauner, all of whom, like the Master, will try their hand at ceramics.

These lamps became very popular in the 1950s and 1960s, but you could find them until the late 1970s in souvenir shops along the coast throughout Europe. Some lamps and pots had labels on it with the name of the city were they were sold, as you can see on the pictures below.
The big fish has a label “Ostende”, written in French. Ostend is a coastal city in Belgium. Another one has “Le Lavandou” glued on it. Le Lavandou is some 150 km for Vallauris. 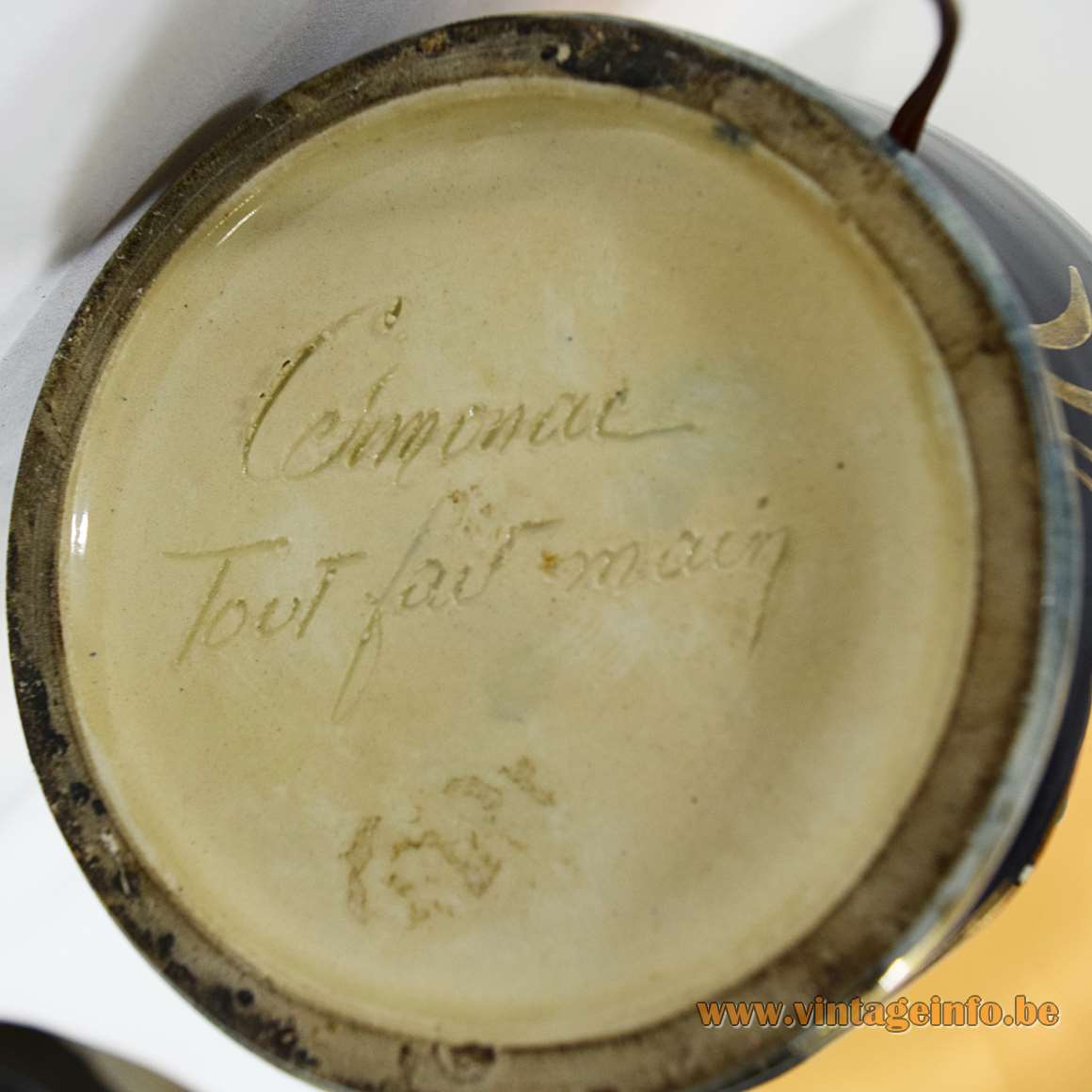 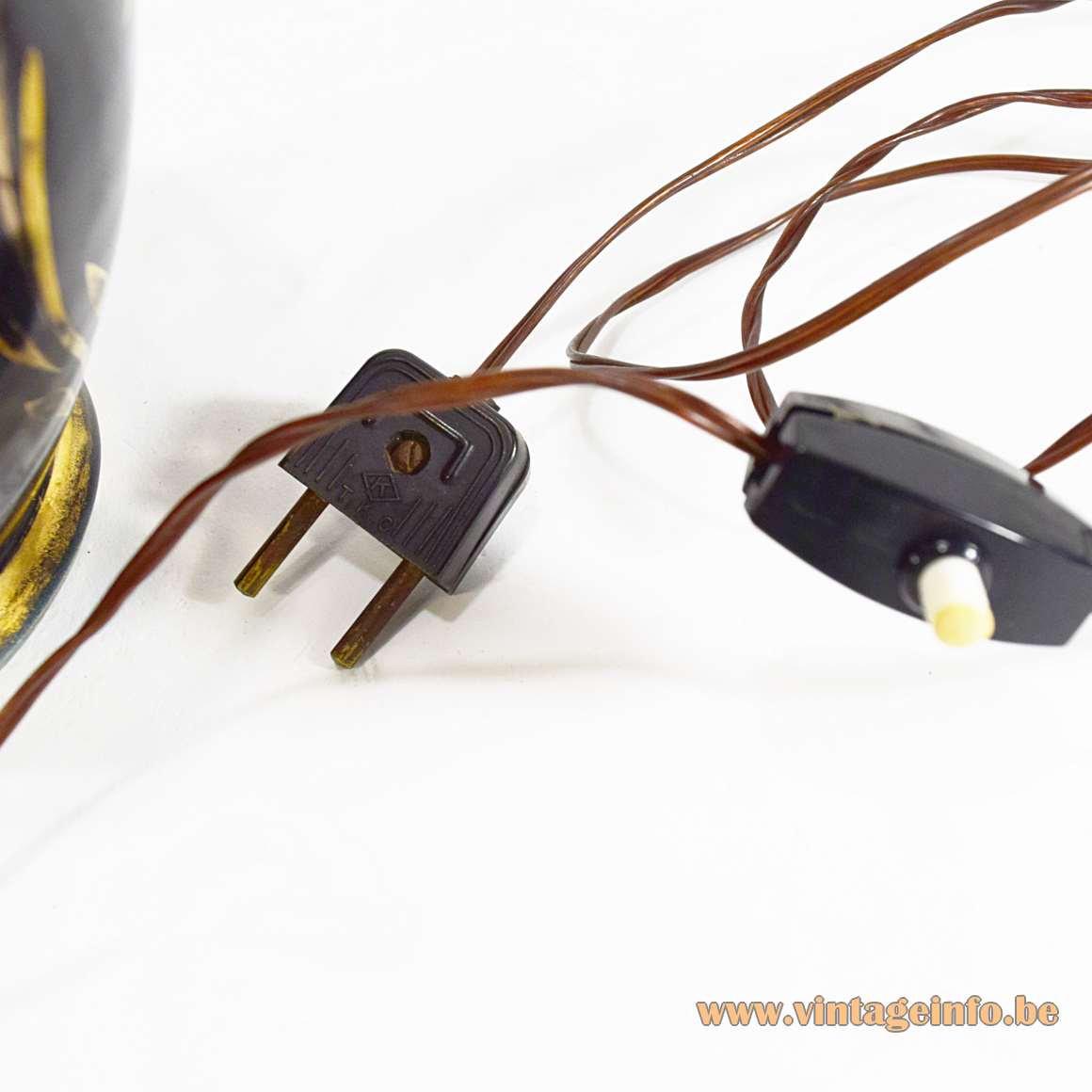