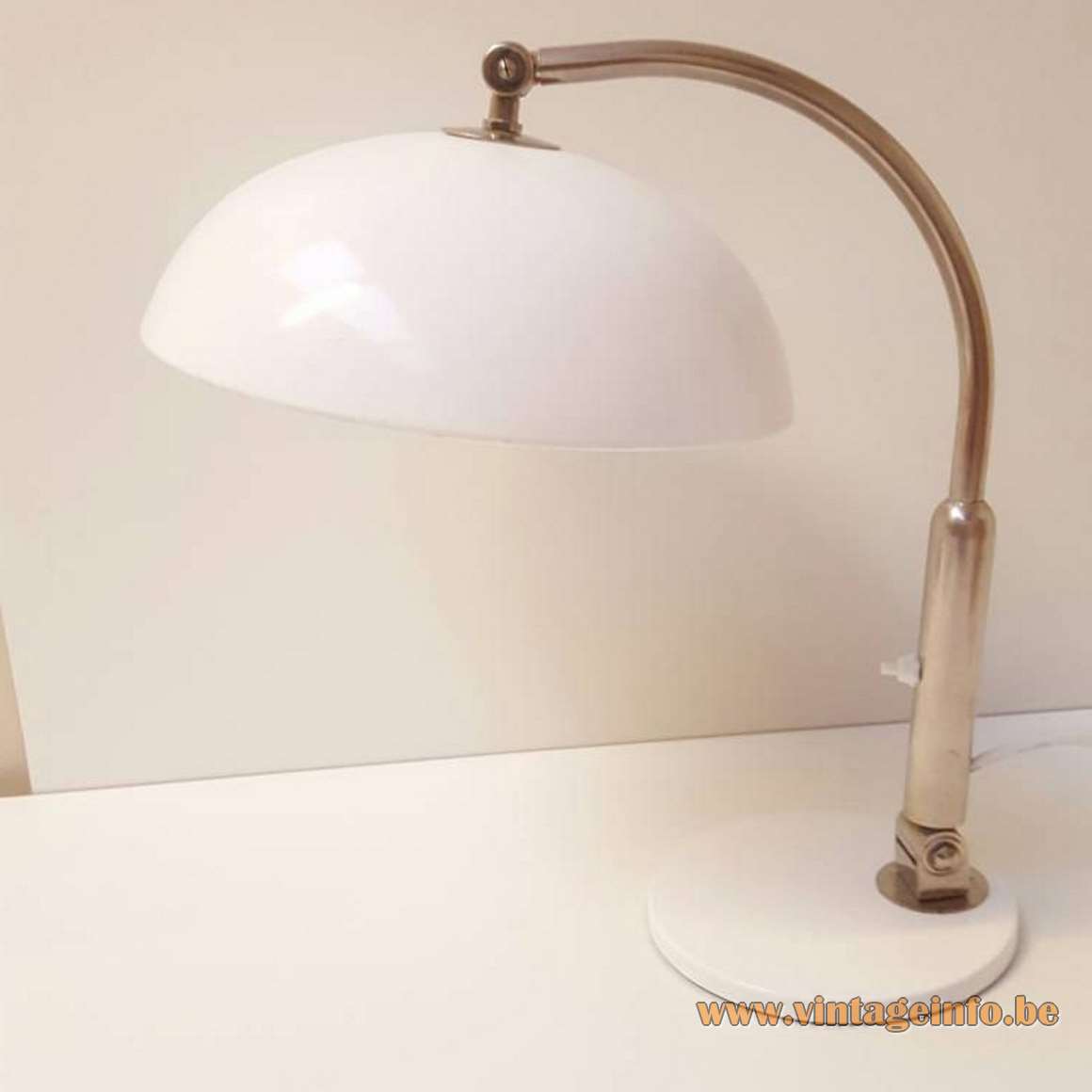 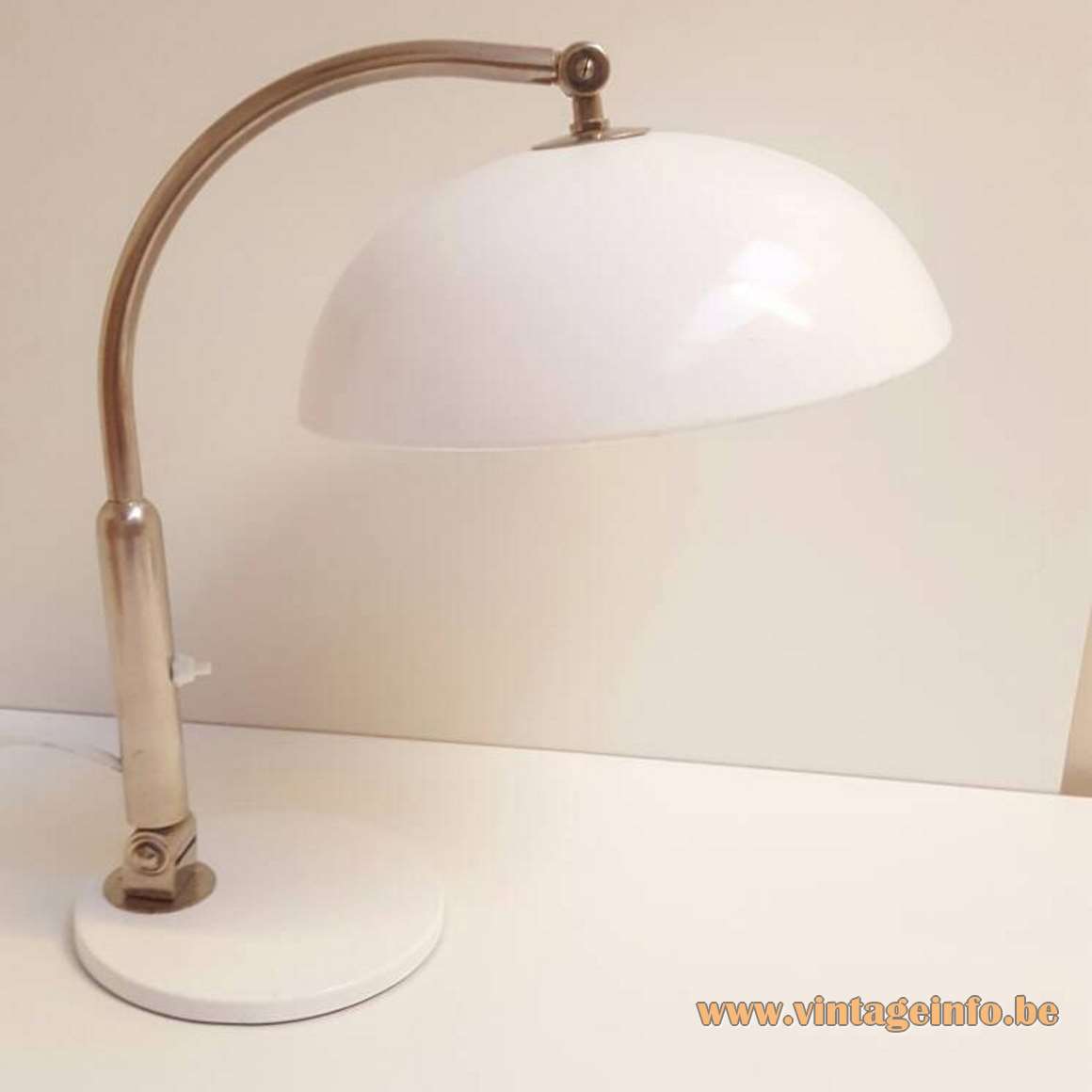 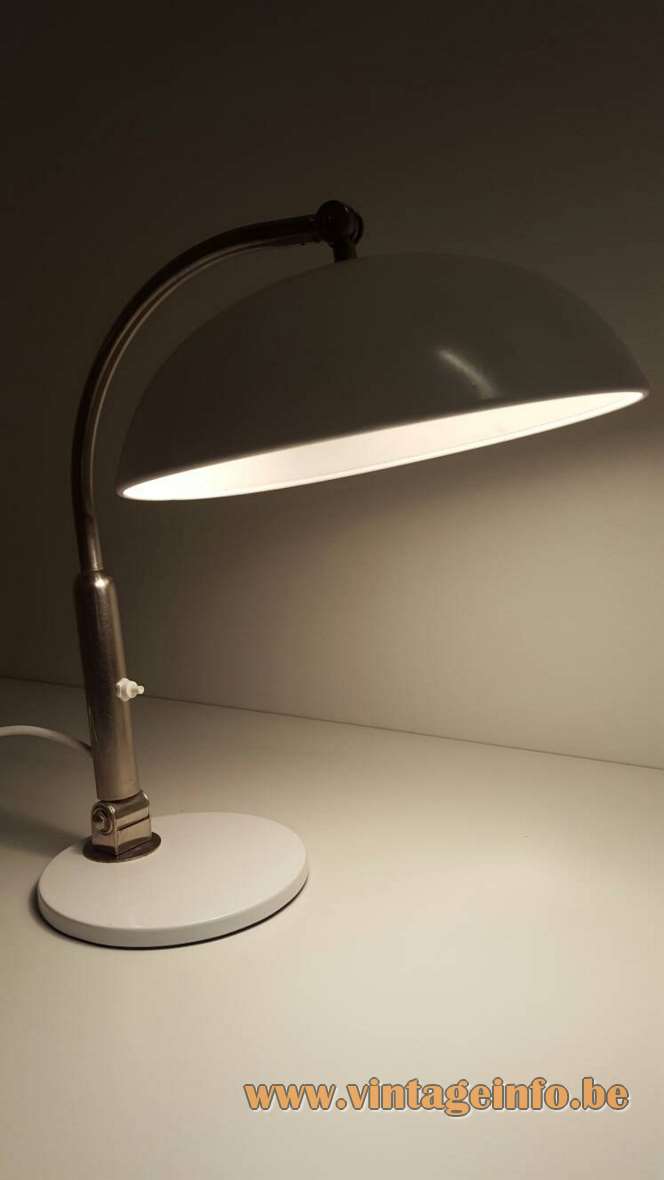 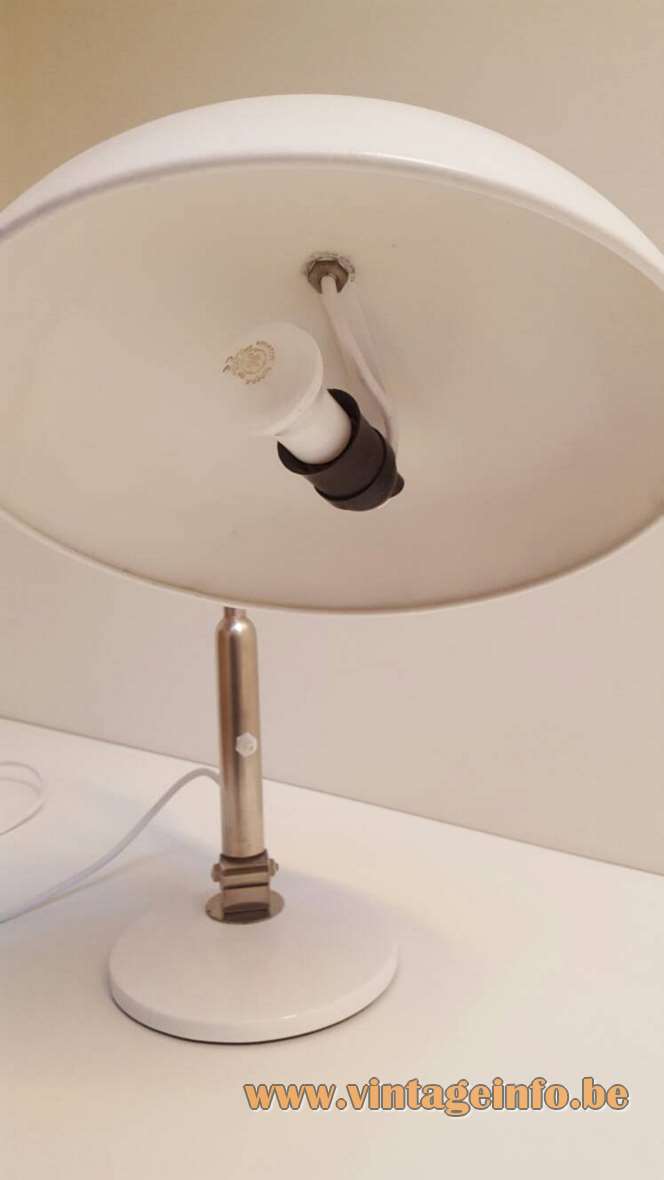 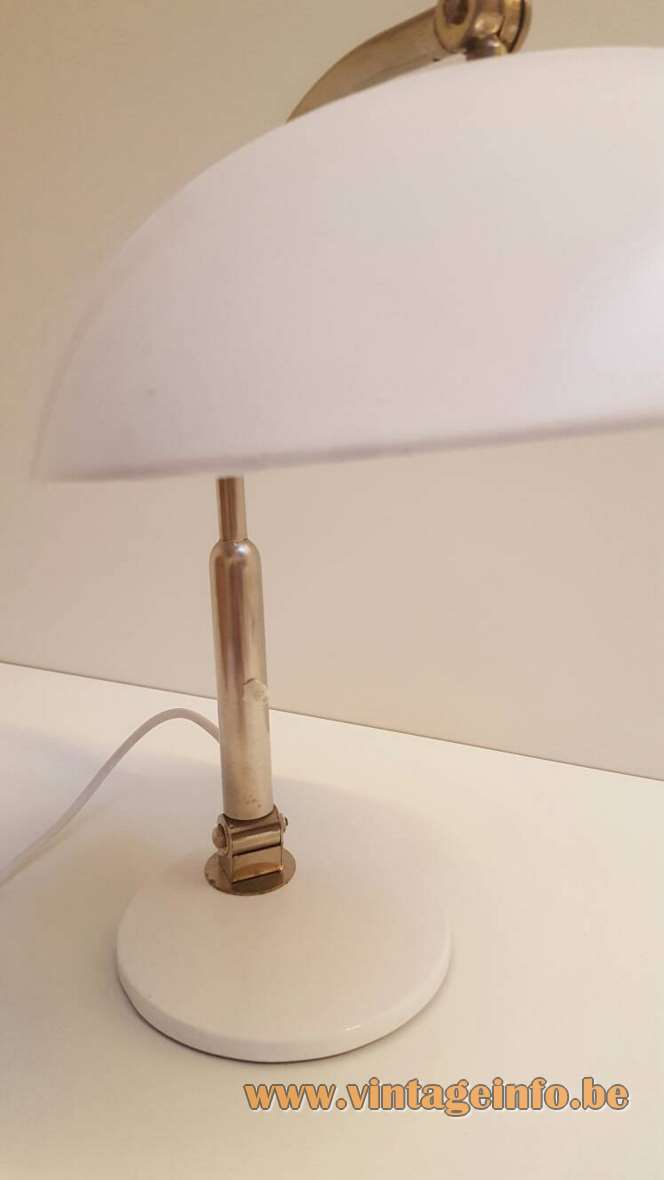 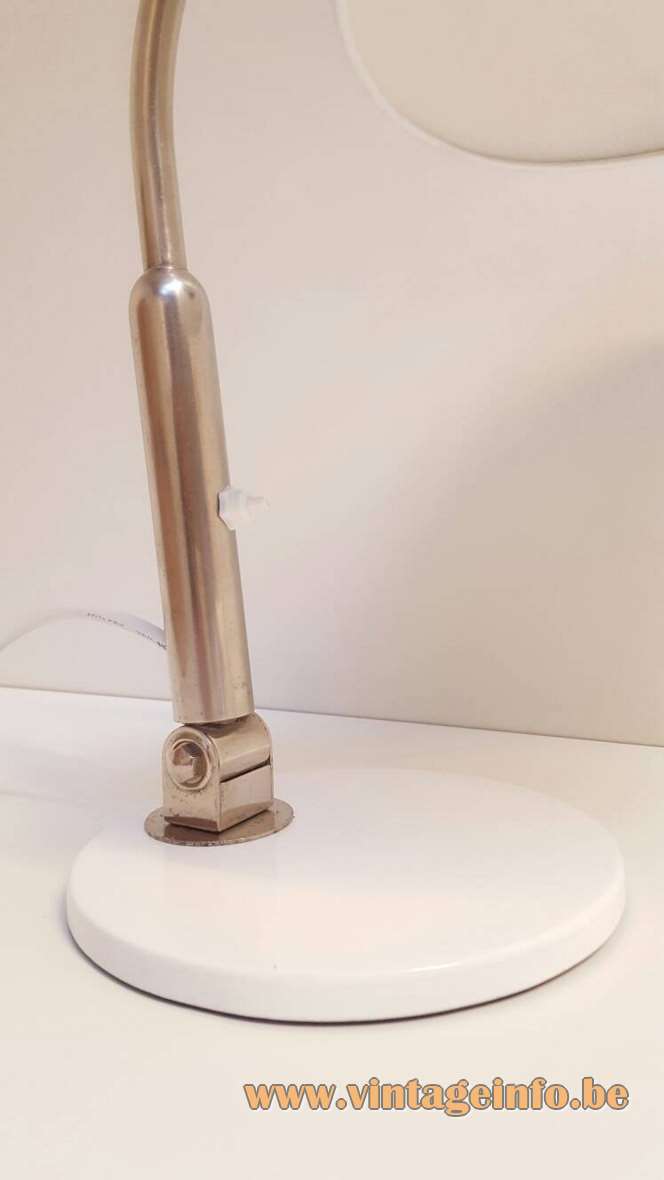 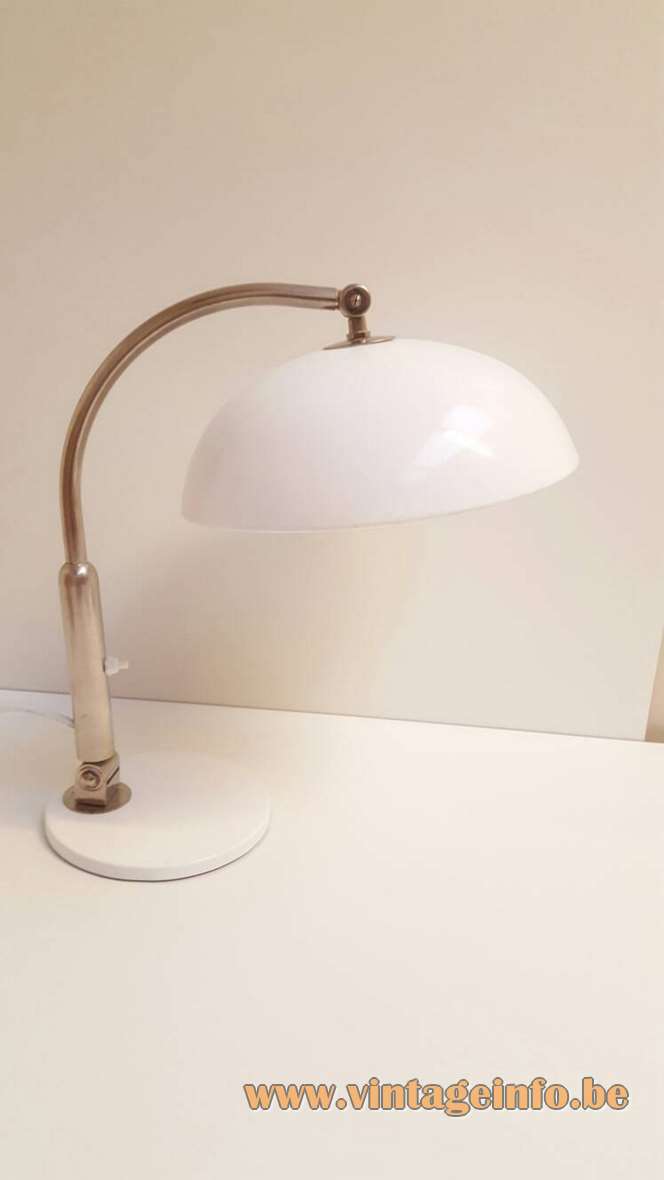 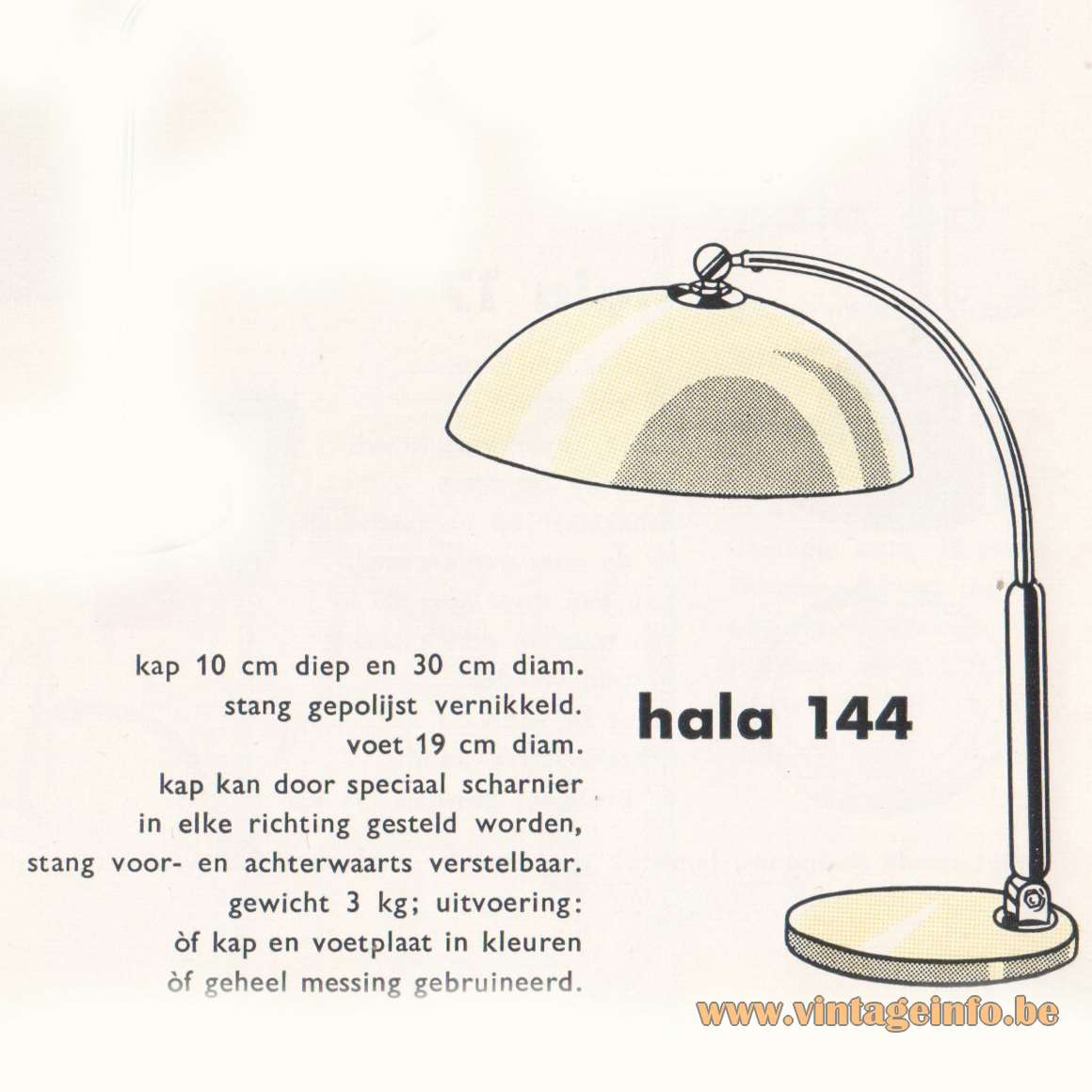 A Hala 144 desk lamp was used as a prop in the Dutch romantic comedy film Honneponnetje (Honey-bun or Sweetheart) from 1988. Starring Nada van Nie, Marc Hazewinkel and Herbert Flack. 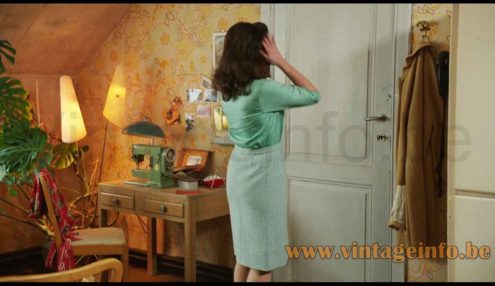 A Hala 144 desk lamp was used as a prop in the 1995 – 2006 Dutch television crime series Baantjer. Starring Piet Römer, Victor Reinier and Martin Schwab. The Hala desk lamp appears in almost every episode. 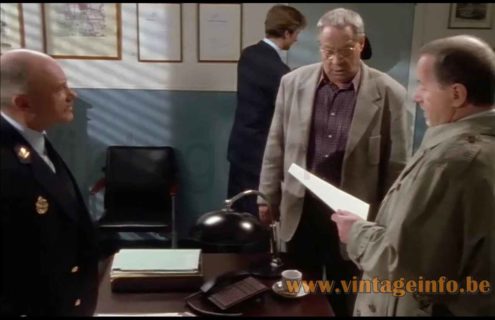 Many thanks to Marjan from Vintage Drachten for the beautiful pictures and the enthusiasm. Many thanks to John for the enlightening article from Eigen Huis & Interieur.

The original editions of this Hala 144 desk lamp from the 1930’s have a pull cord switch. Later versions in the 50’s and 60’s have a cord switch, as you can see on the left. More recent versions such as this one have the switch on the rod (70’s-80’s). The latest editions, produced until recent years (early 2000’s), have a cord switch.

The original Hala 144 desk lamp is one of the first designs by mister Busquet when he started the company in 1932 and it was an instant success. Herman TJA Busquet was only 18 years old at that time. 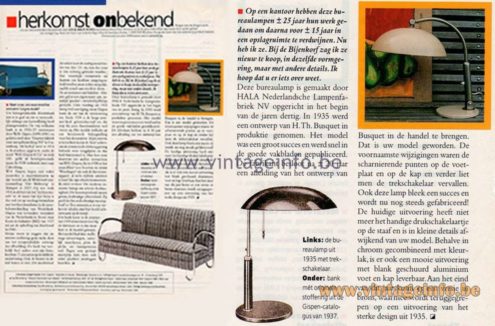