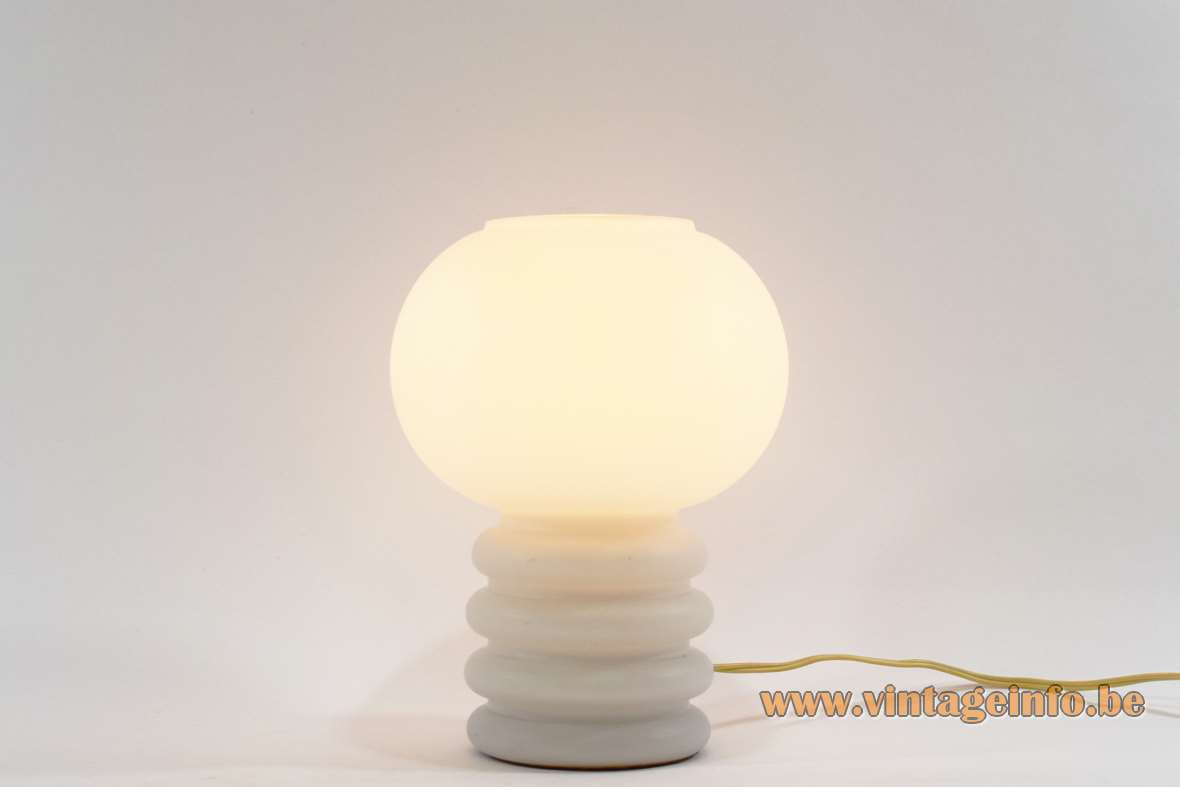 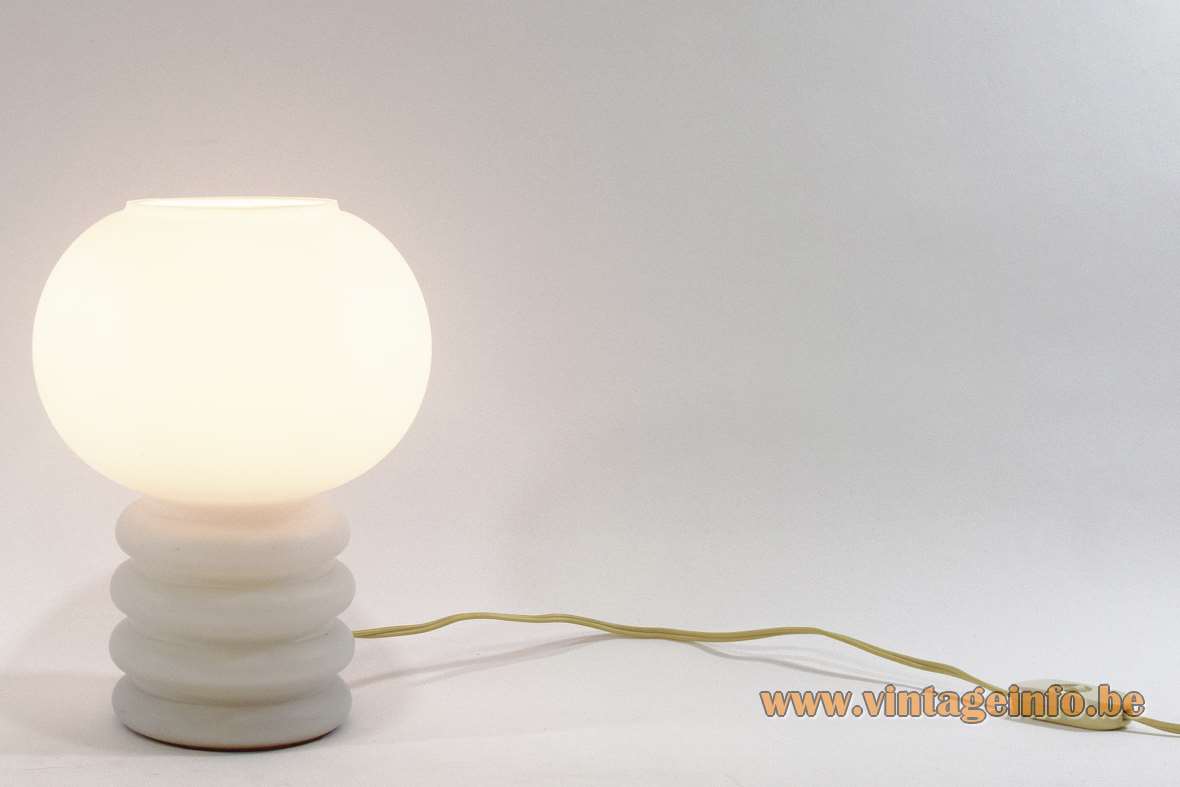 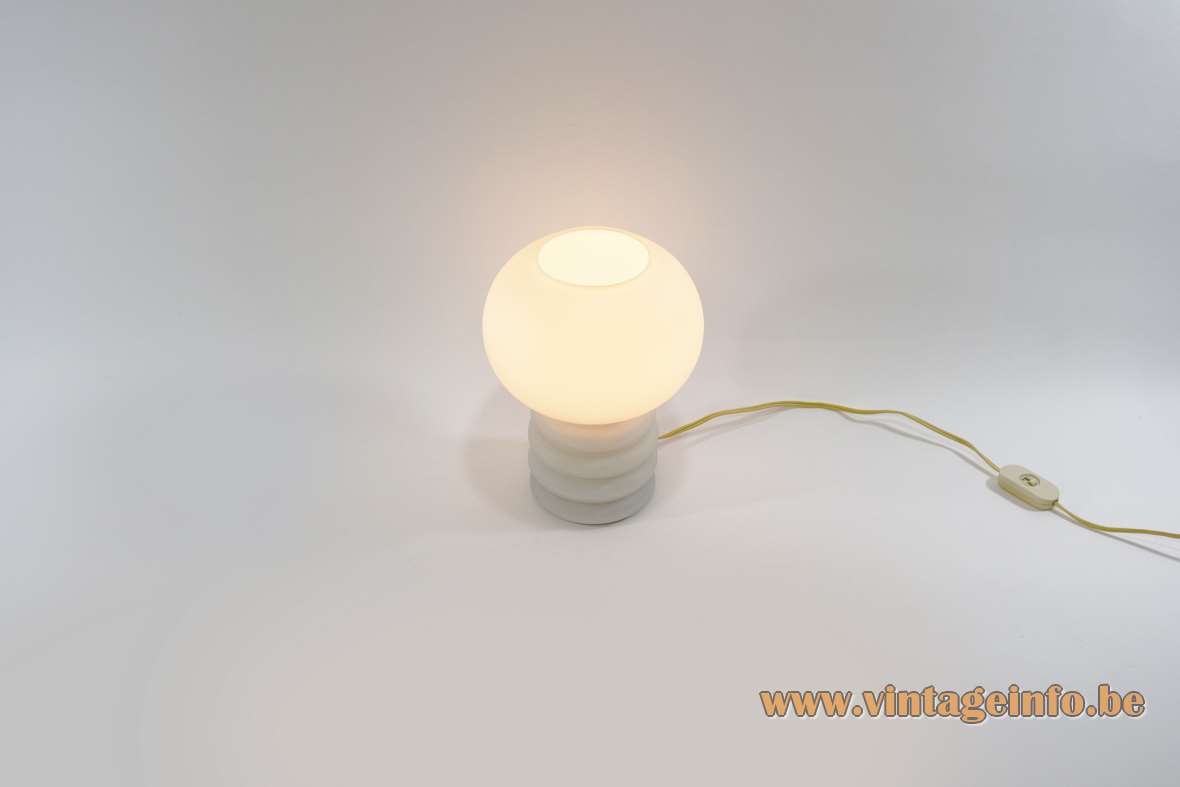 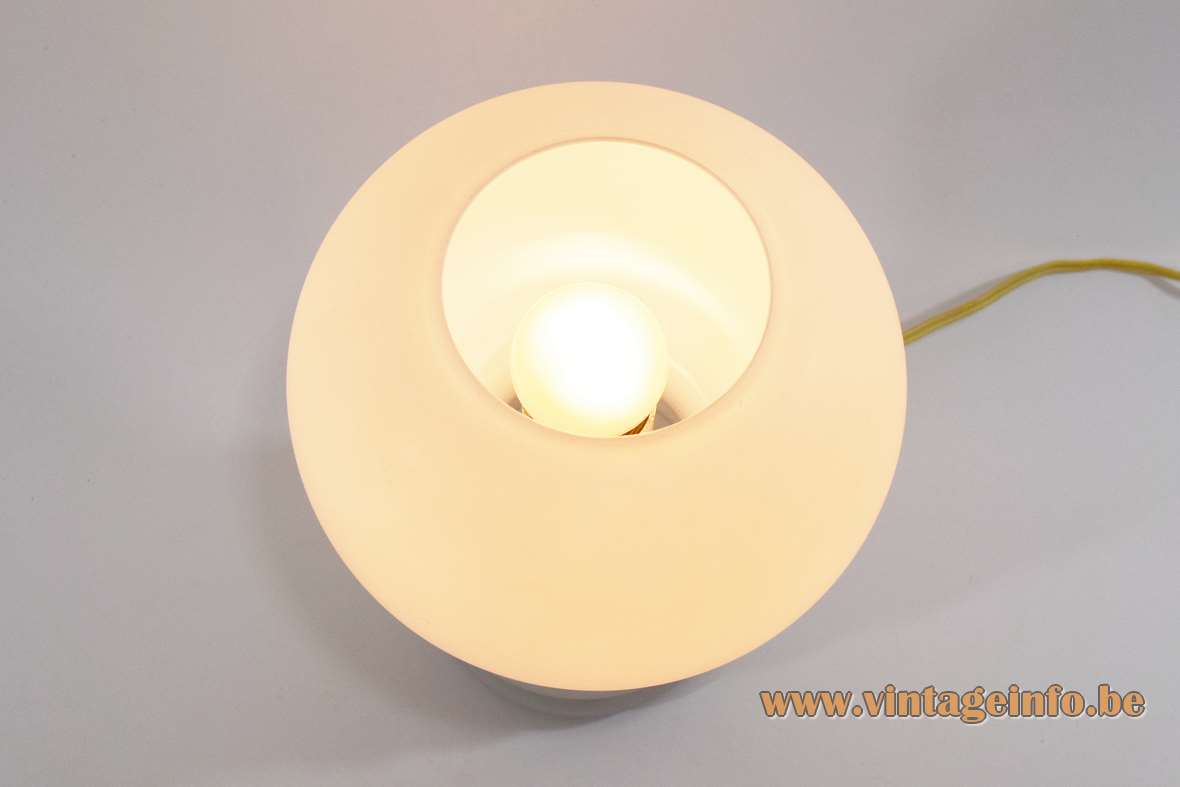 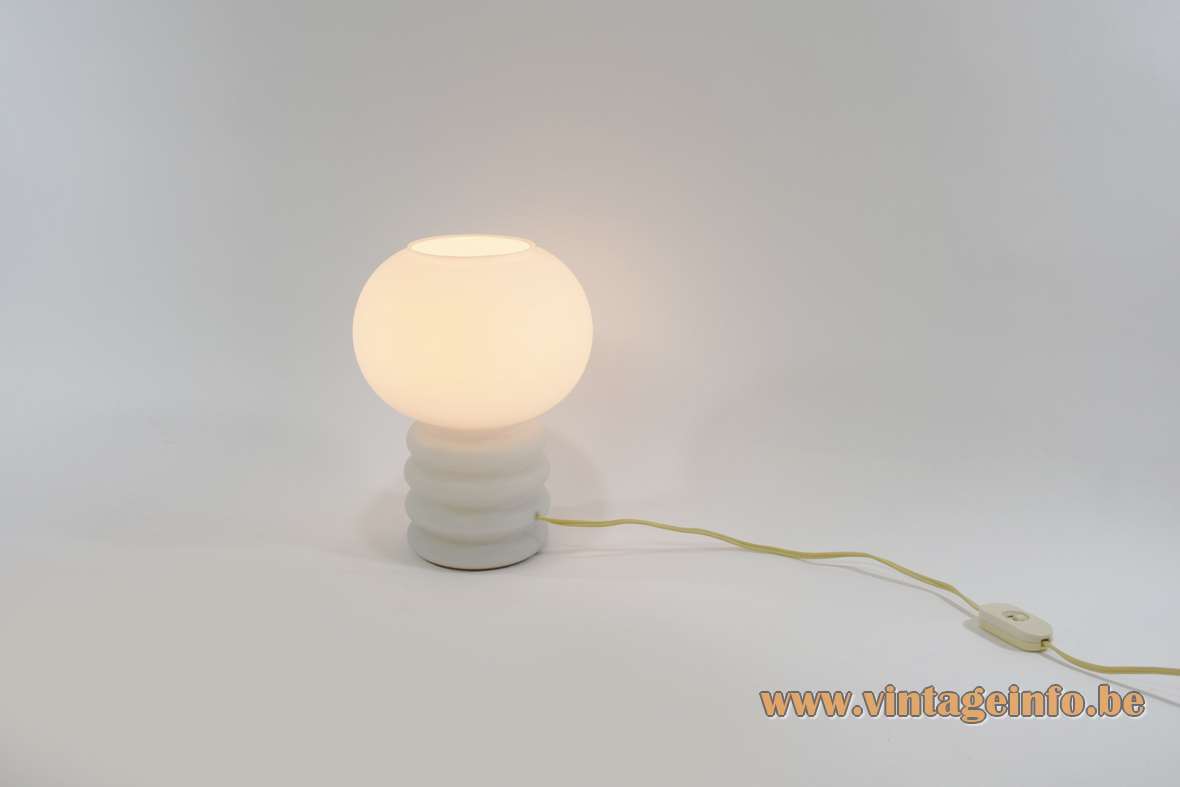 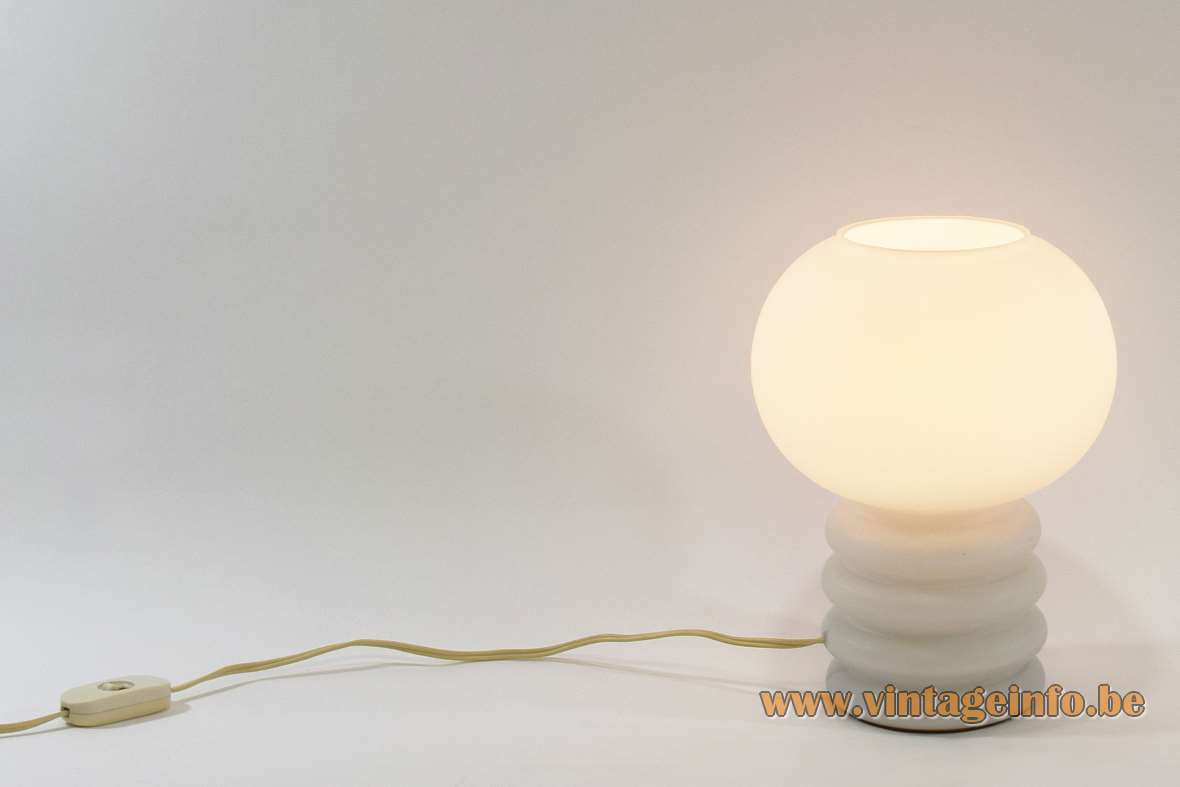 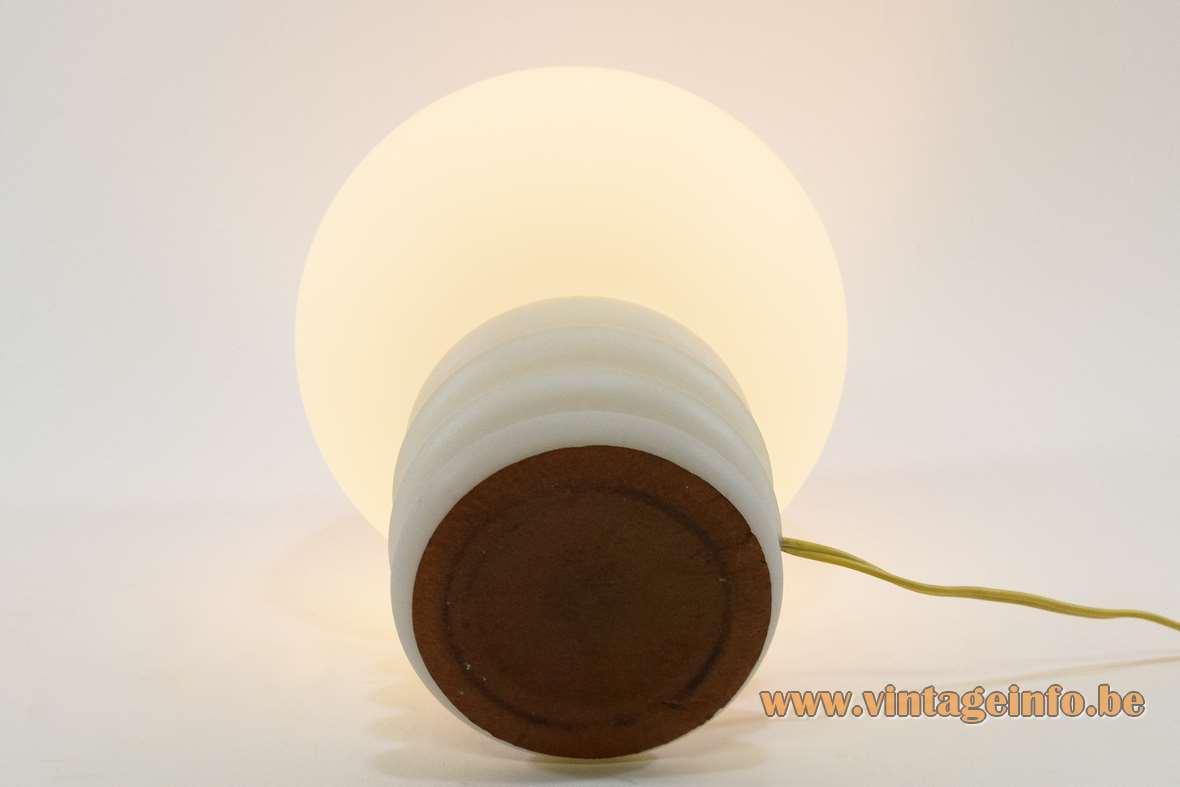 The design of this 1960s opal glass table lamp is similar with a design by Herbert Proft for Glashütte Limburg. It is made of white, smoked, bubble or clear glass. It received an iF Design Award in 1971. Probably “inspired” by the design of the Sterckx brothers. 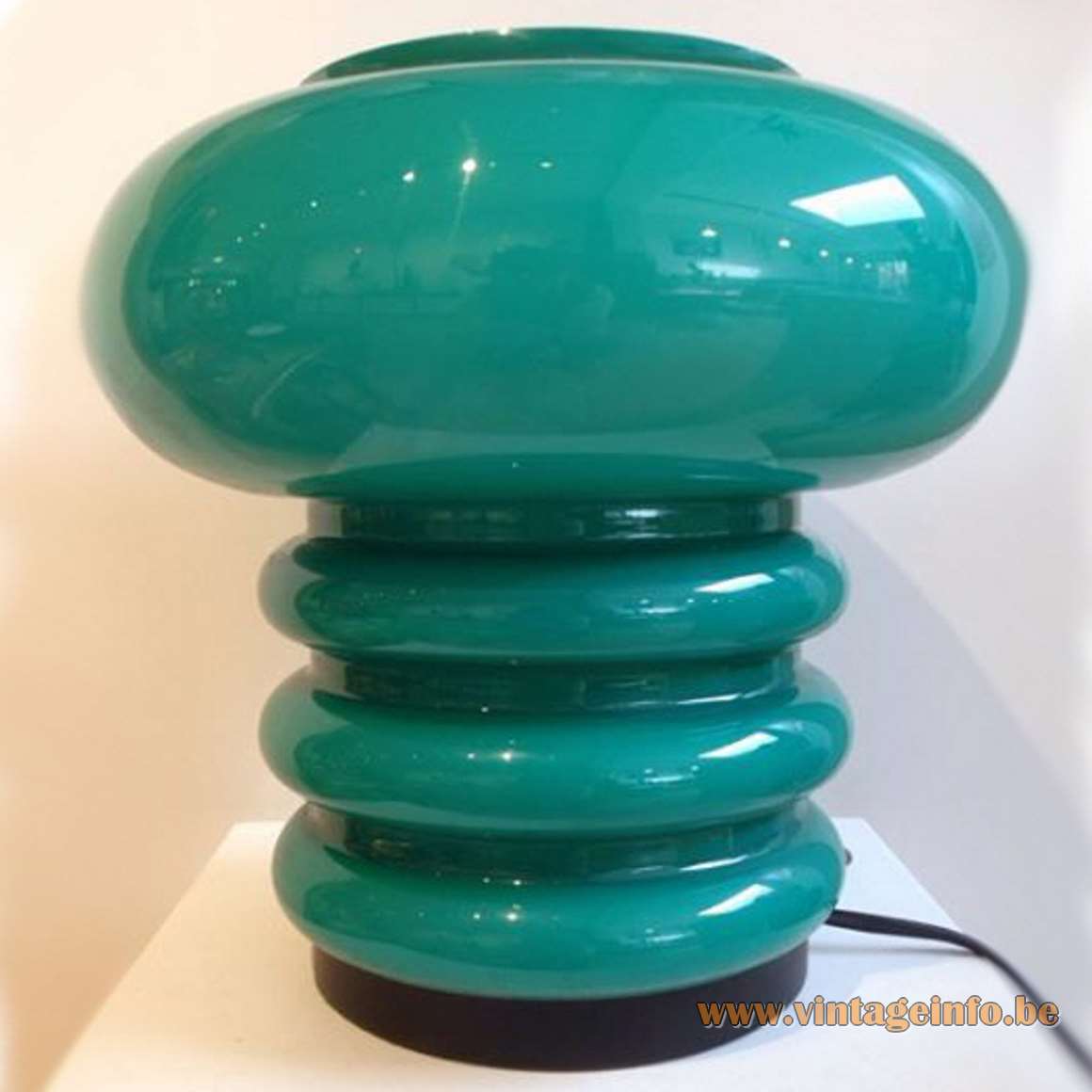 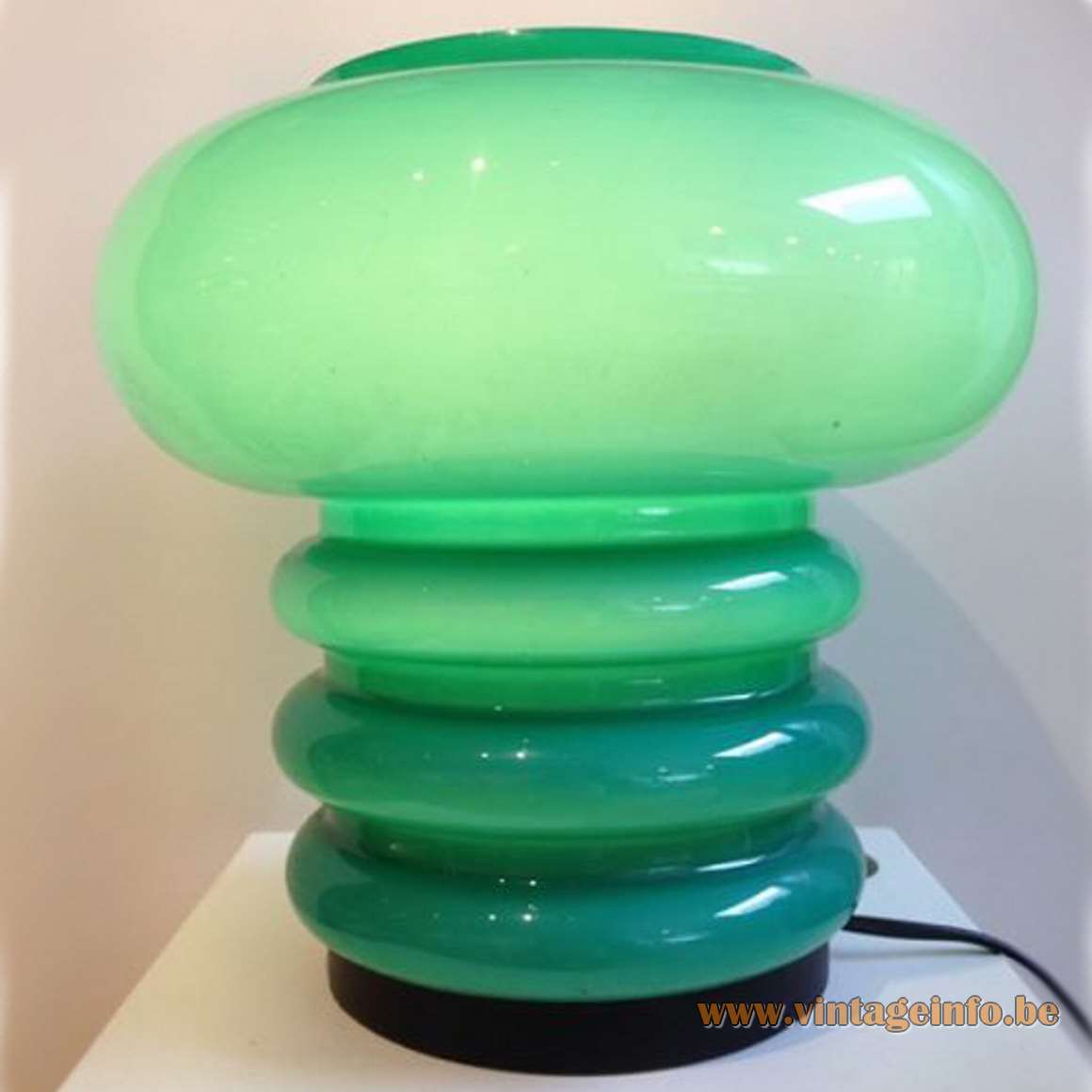 Glashütte Limburg table lamp 6036 on the iF Design Awards website

Materials: Lamp made in a similar shape to a light bulb. 4 white opal frosted glass rings with a globe on top. Brown felt on the bottom. Brass rod inside the lamp. White painted Bakelite E27 socket.

Other versions: This 1960s opal glass table lamp exists in several colours. Another versions with 3 “rings” and an oval on top also exists, as you can see.

The director of the glass factory asked Piet Sterckx if he knew someone who could make modern designs. He first asked his sons that then studied at the academy in Antwerp. In the period 1968 – 1969, the duo designed a whole series of lamps for De Rupel. All the lamps were hand blown in steel moulds. The test pieces were first blown into wooden moulds.

De Rupel was a glass producer, they did not commercialise the lighting themselves. The lamps were offered at trade fairs to lighting companies who added the wiring and included them in their sales range. They produced glass for companies such as Massive, Philips and Bo-Niko. Many lamps here on Vintageinfo uses glass from De Rupel. Some examples can be found in the links.

The Belgian government sold the company to the German firm BEGA Gantenbrink-Leuchten, also owner of Glashütte Limburg and dismantled. The government wanted to recoup the overdue social security contributions.

Below a fragment of the duo, recorded in Wetteren on March 14, 1969. The ladder of the two weird guys caught fire on the market and the fire brigade had to rush out…

Many thanks to Herwig Sterckx and Fons Vandervaeren for the enlightening information. Many thanks to Christophe from STAT in Aalst, Belgium for the additional photos of the green E+S Moderne Leuchten table lamp.