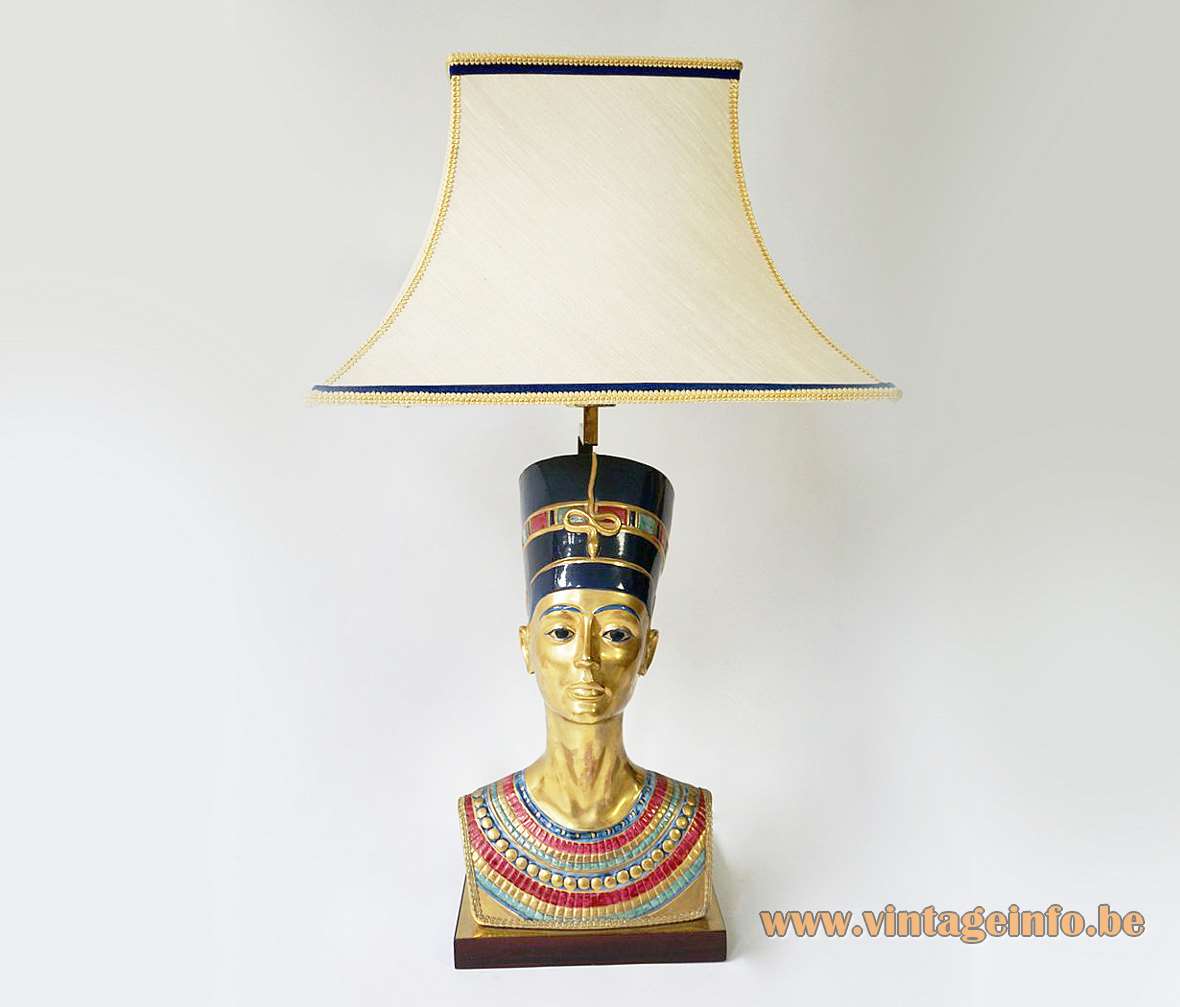 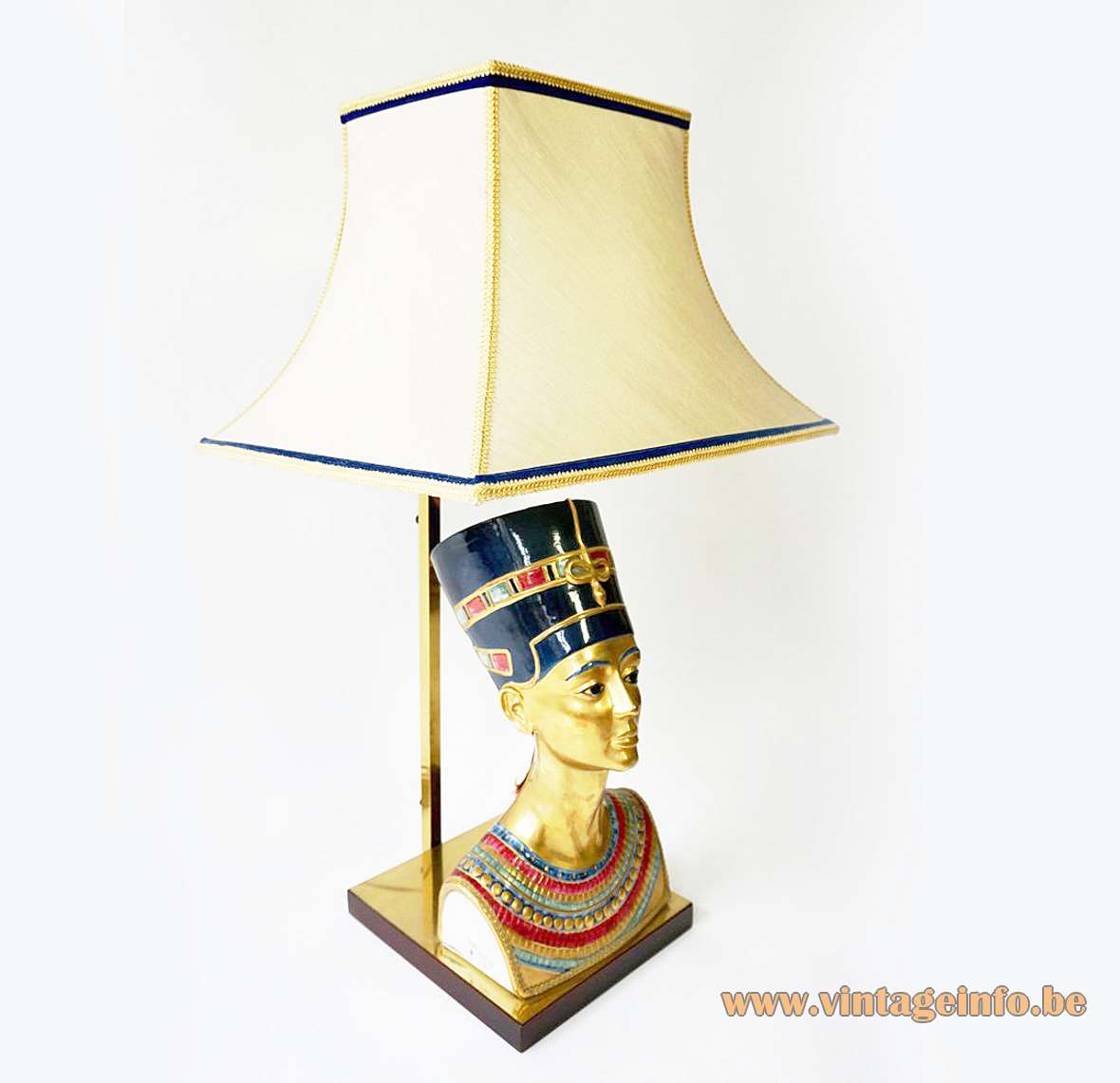 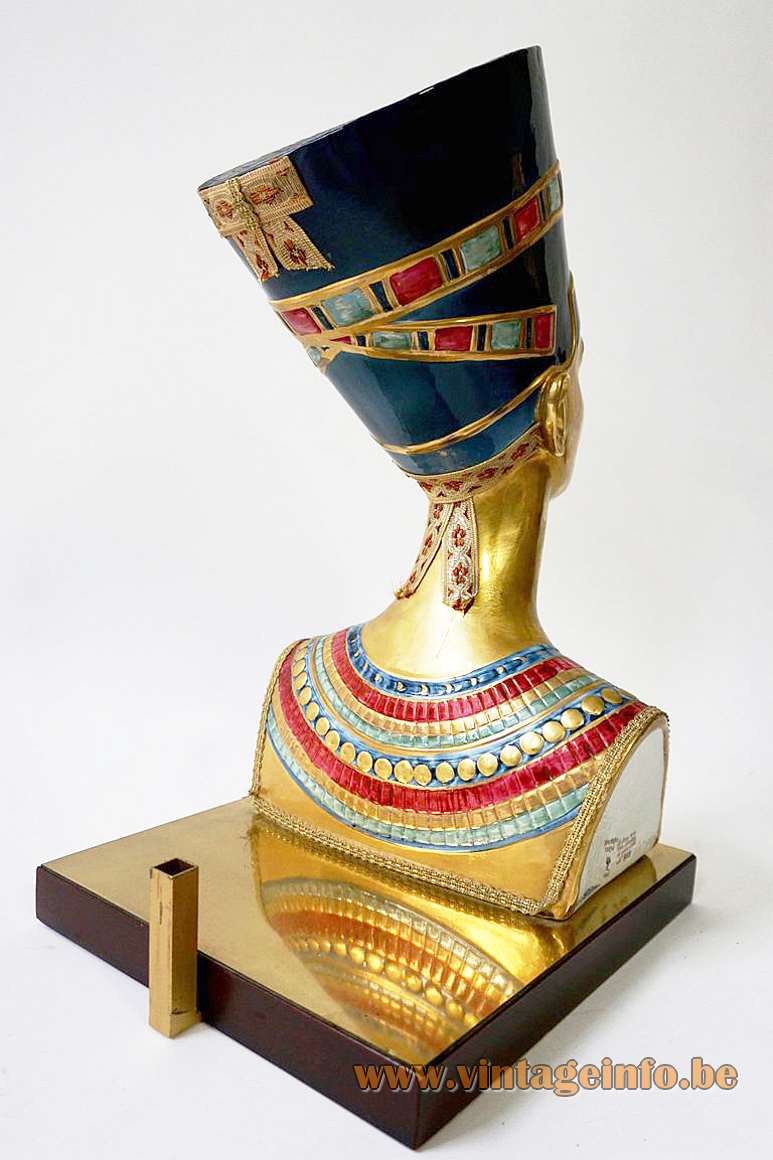 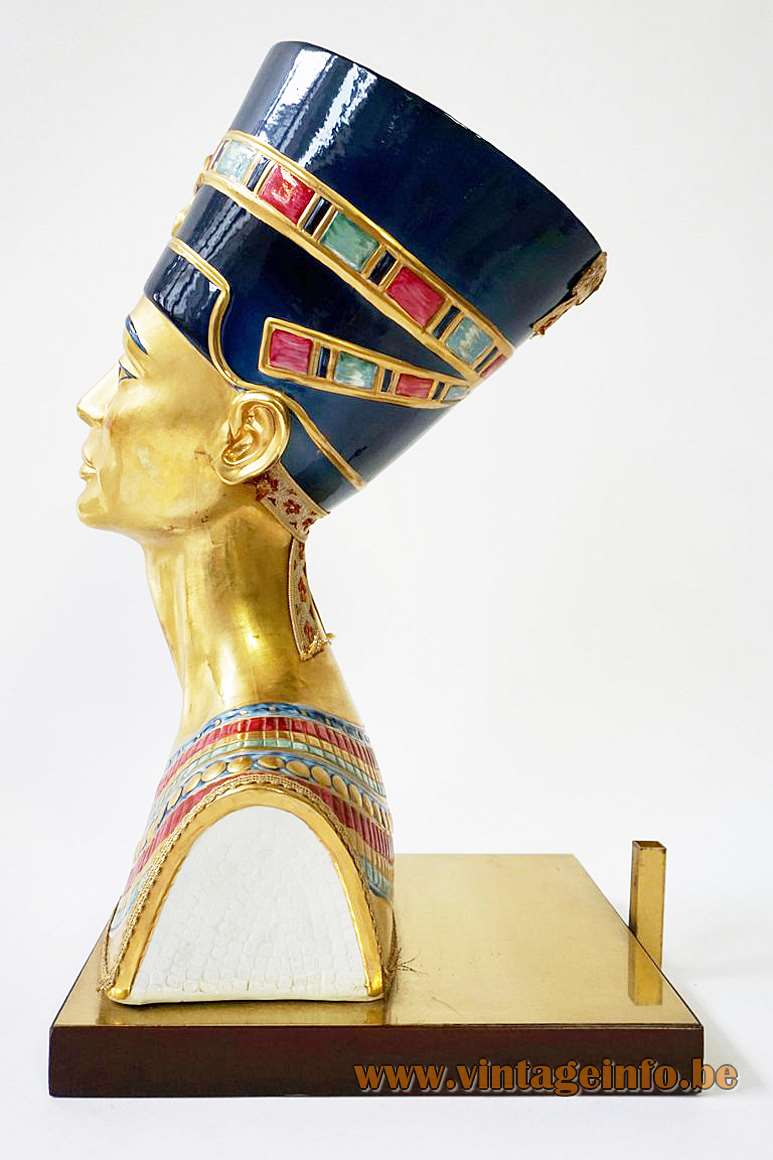 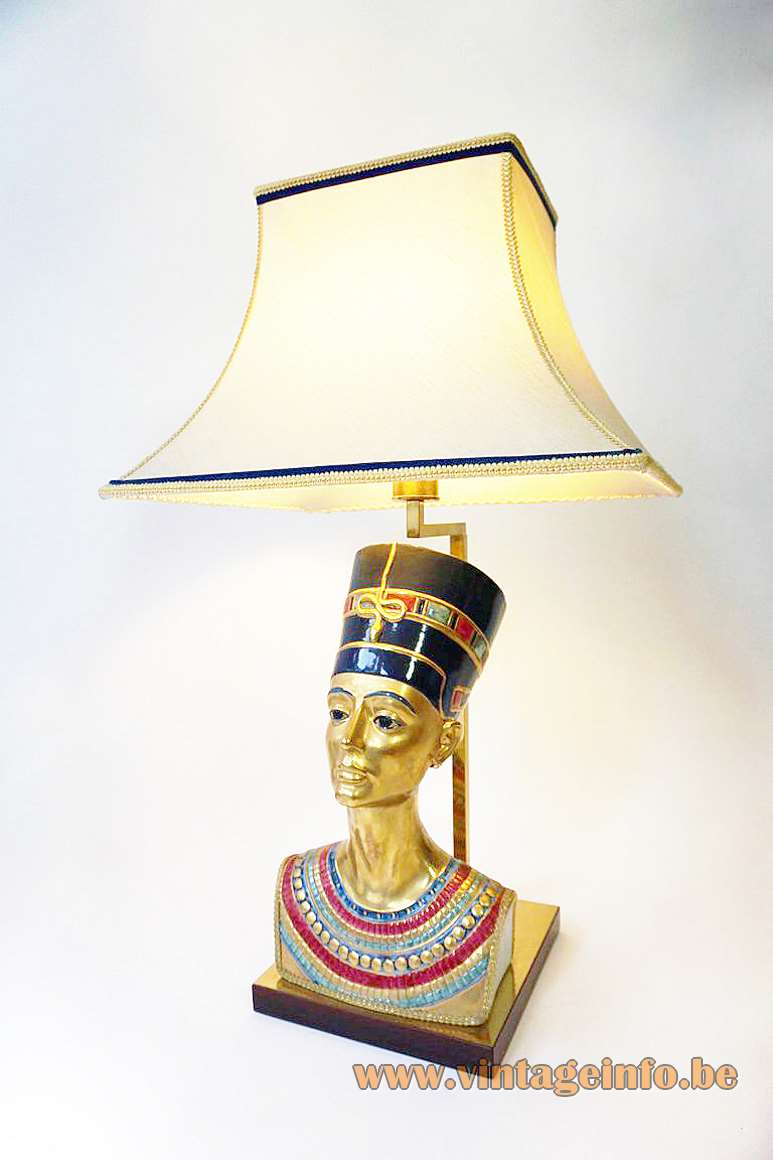 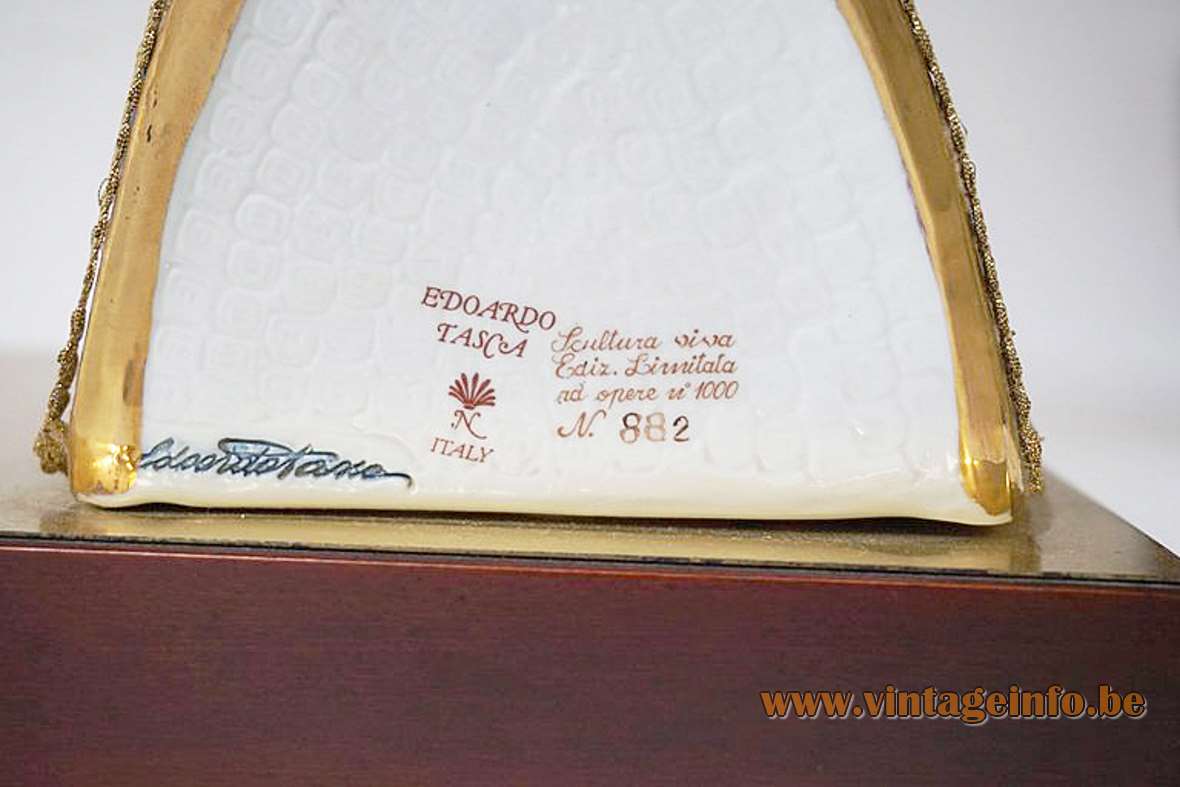 Other versions: This Edoardo Tasca Nefertiti table lamp exists with several different lampshades. Also produced as a statue without a lamp.

Not much information to be found of the Edoardo Tasca company. It was located in the Capodimonte region around Naples in the south of Italy were many porcelain firms are/were active.  The company was specialised in figurines, with or without light.  The company was at least active in the 1960s and 1970s. Many of the postures were made in a limited edition.

Thus, it is unknown of Edoardo Tasca was also the designer of these lamps or that it was only the name of the company.

Egyptian style sculptures became again popular in Europe in the late 1960s after the King Tutankhamen exhibitions in Paris, France (1967) and Brussels, Belgium (1970).