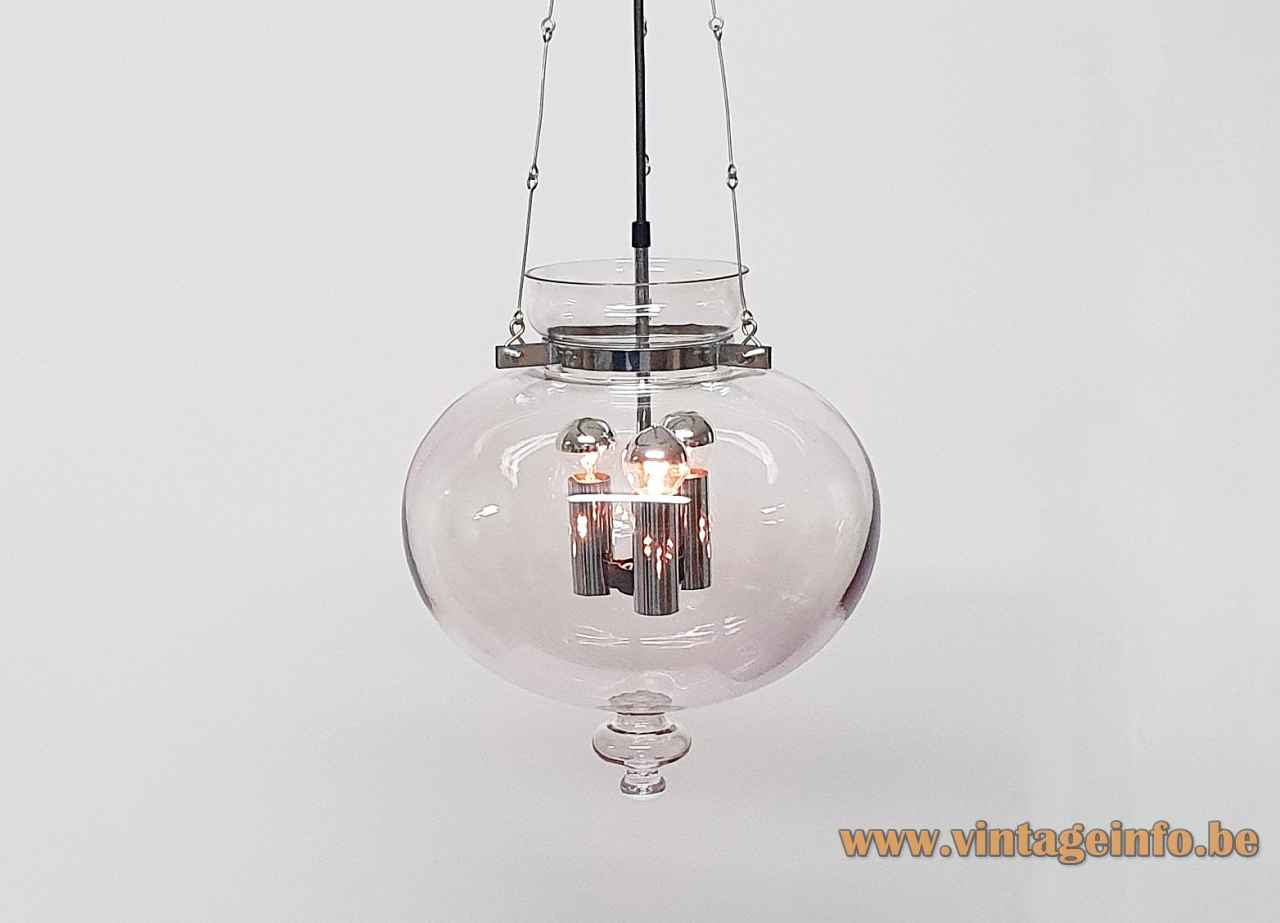 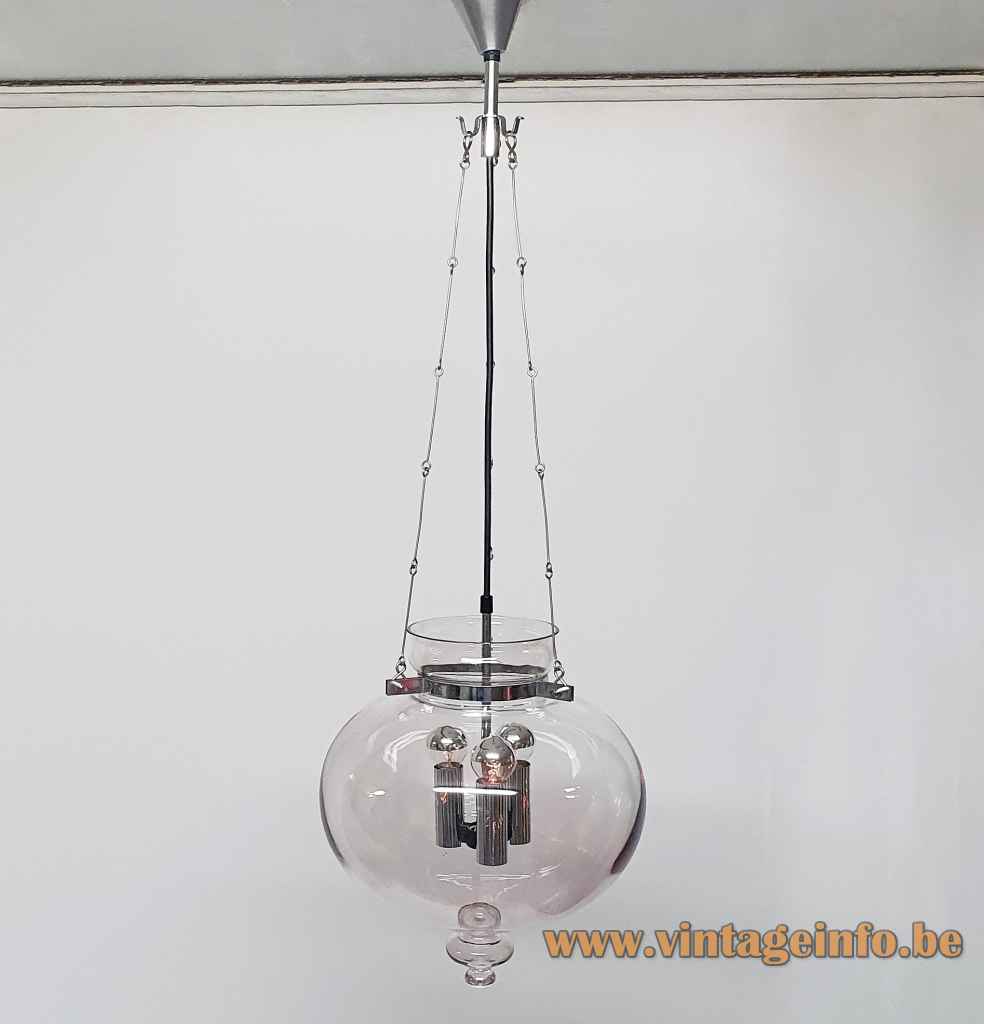 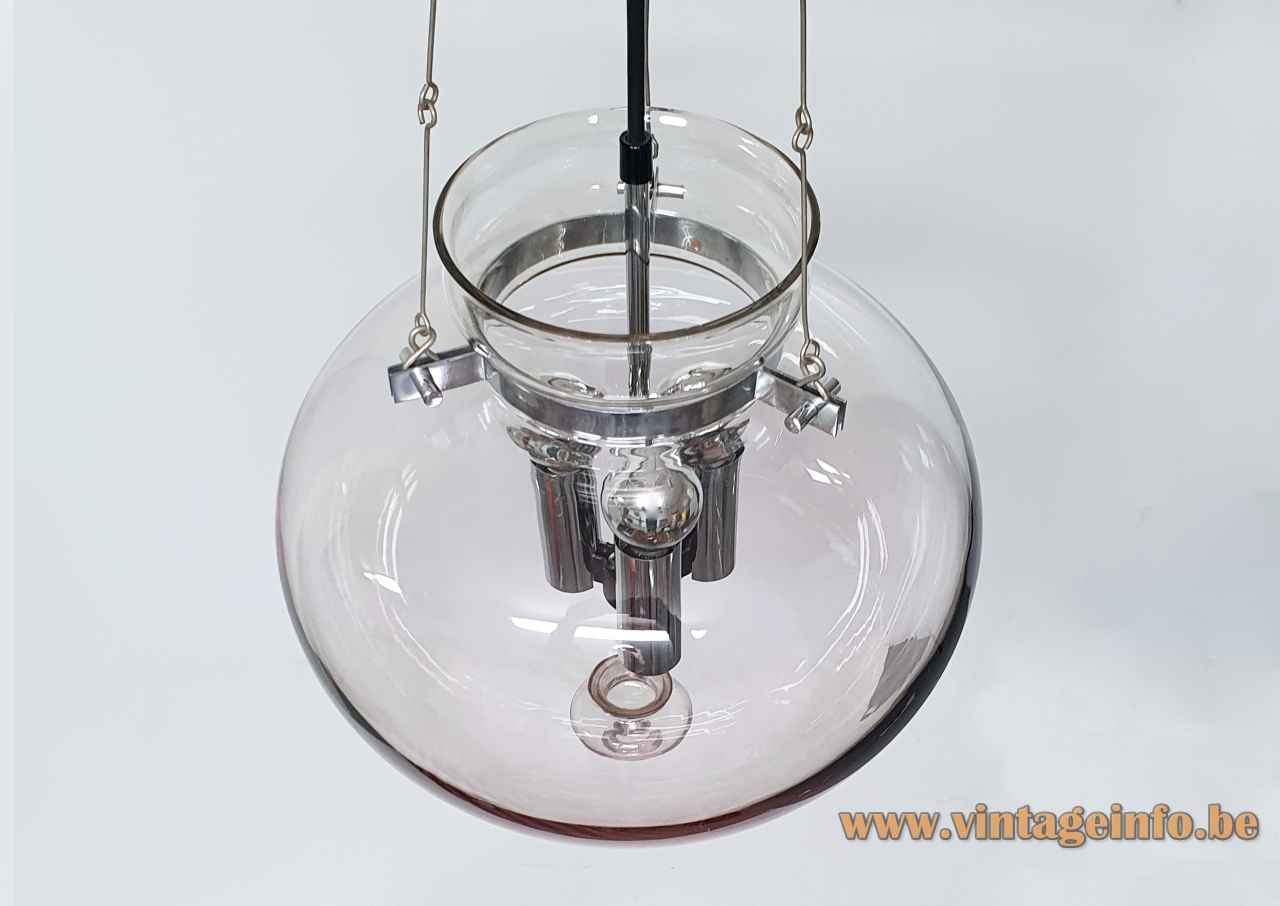 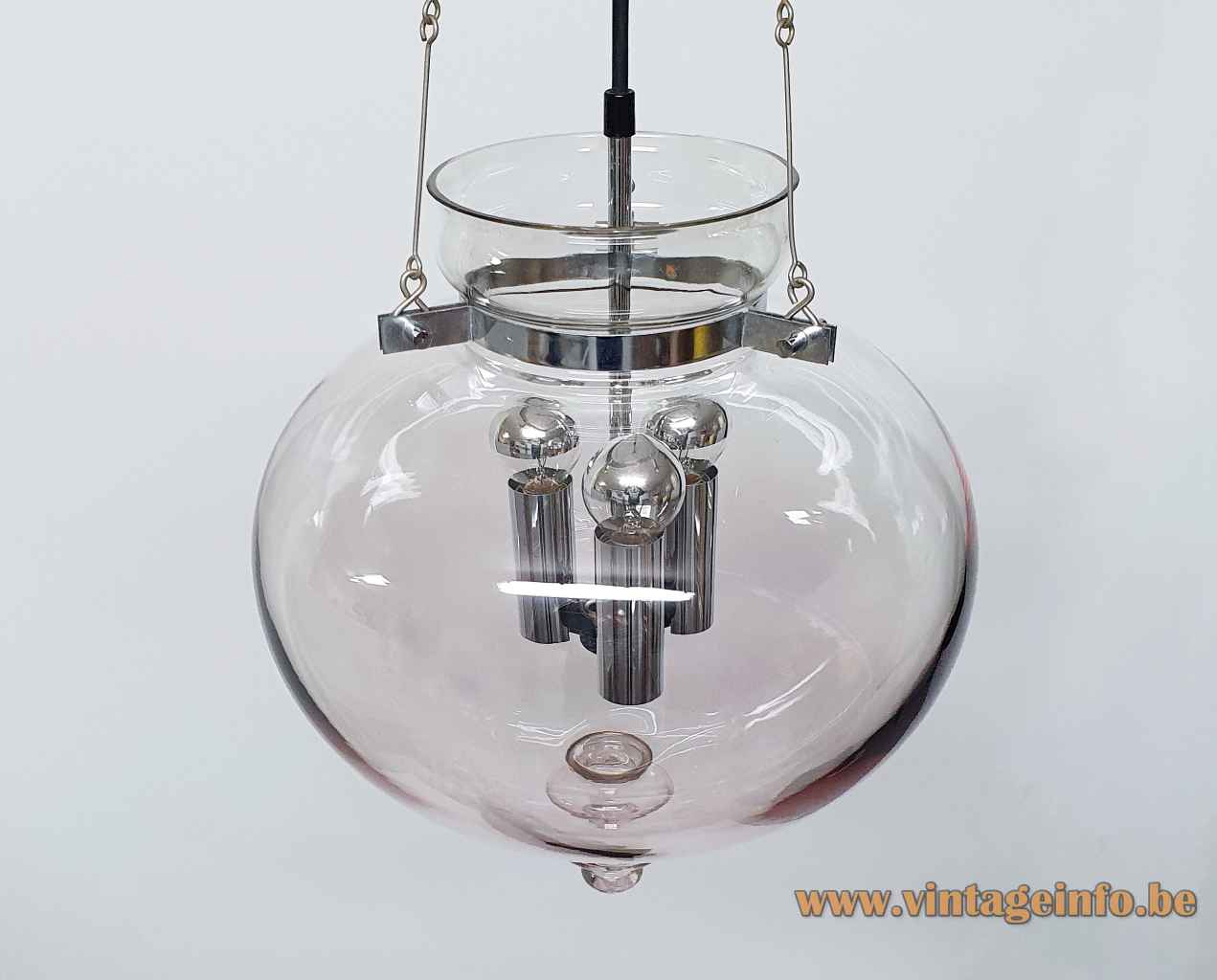 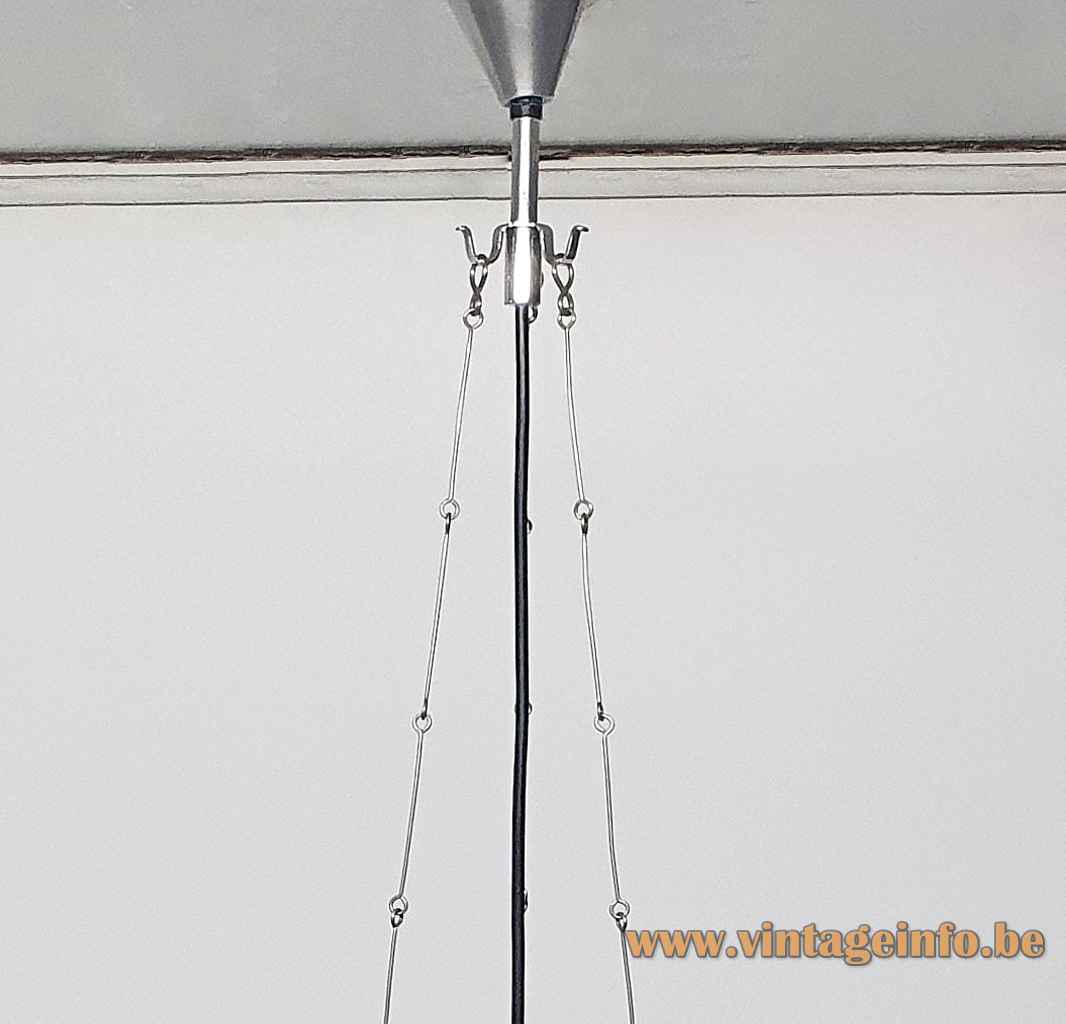 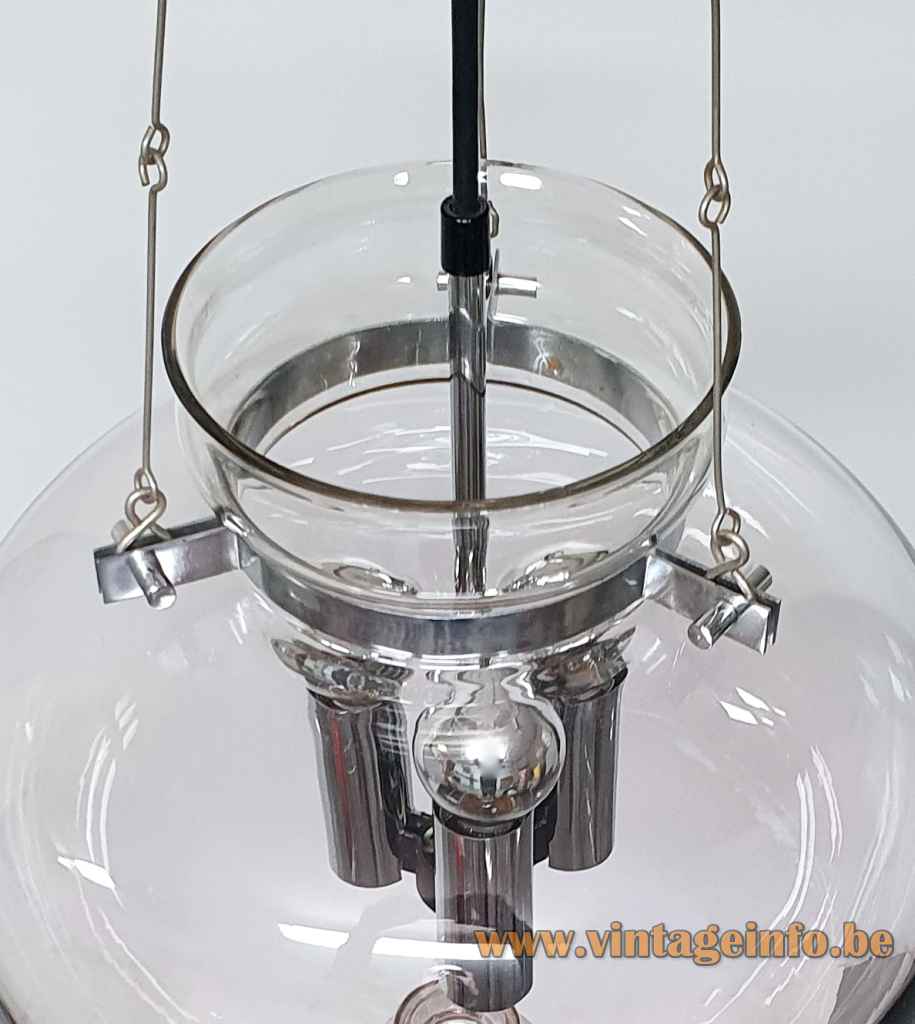 This one is model 1254. Another chandelier made with crackle glass can be found here on Vintageinfo, and another one over here. Many models exists, a few can be found in a 1970s catalogue, as you can see. In the USA this lamp made by Glashütte Limburg was sold by Koch + Lowy. Koch + Lowy sold many lamps from European companies.

Due to the lack of power and the difficulty in obtaining materials during the immediate post-war period, construction was initially slow. However, on 12 May 1947 the glass-works finally held its first topping-out ceremony, and barely 2 months later, on 7 July 1947, Dr. Heinrich used the blowpipe to take the first glass melted in Limburg.

Herbert Proft designs on the iF Design Awards website

Crackle glass chandelier in this style