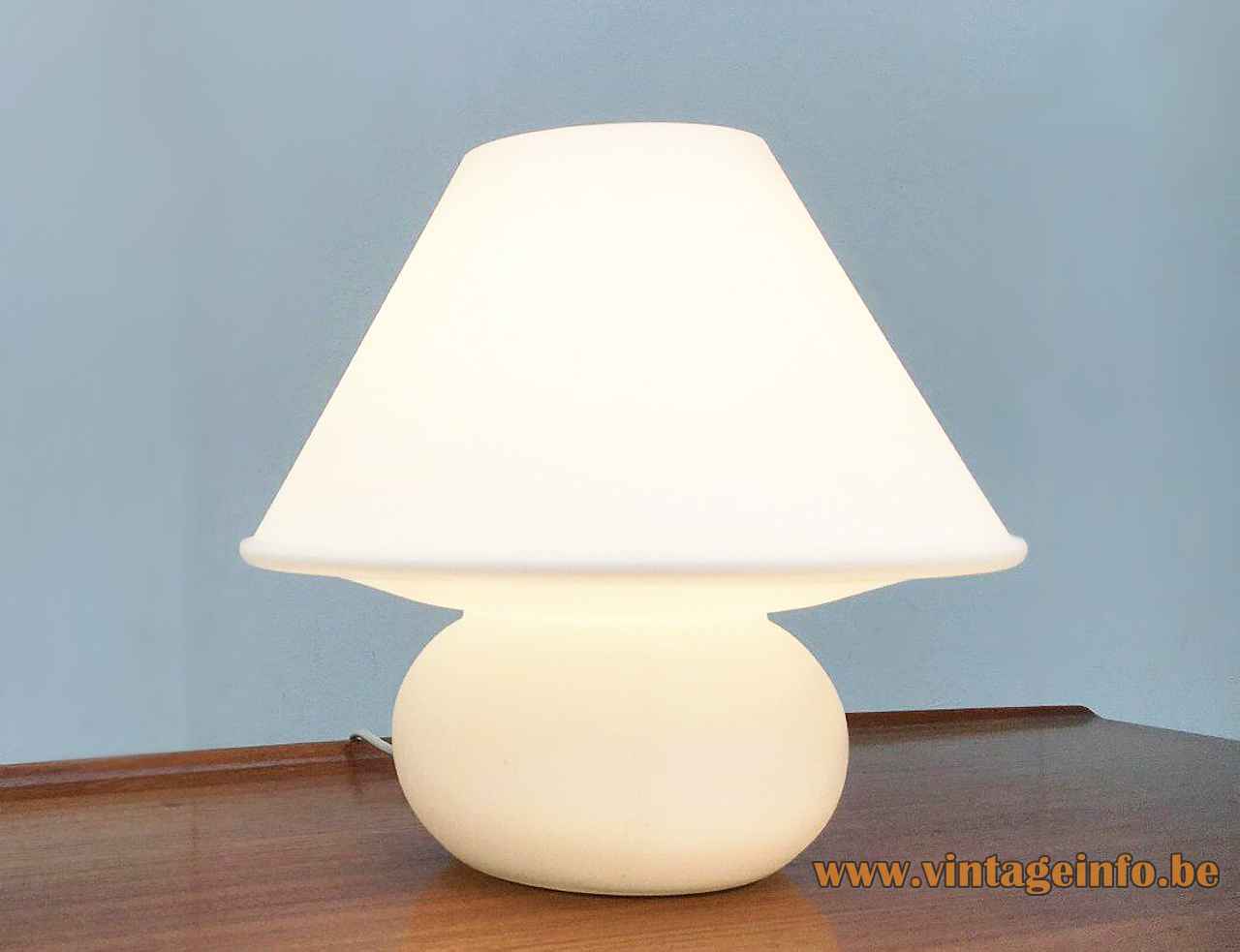 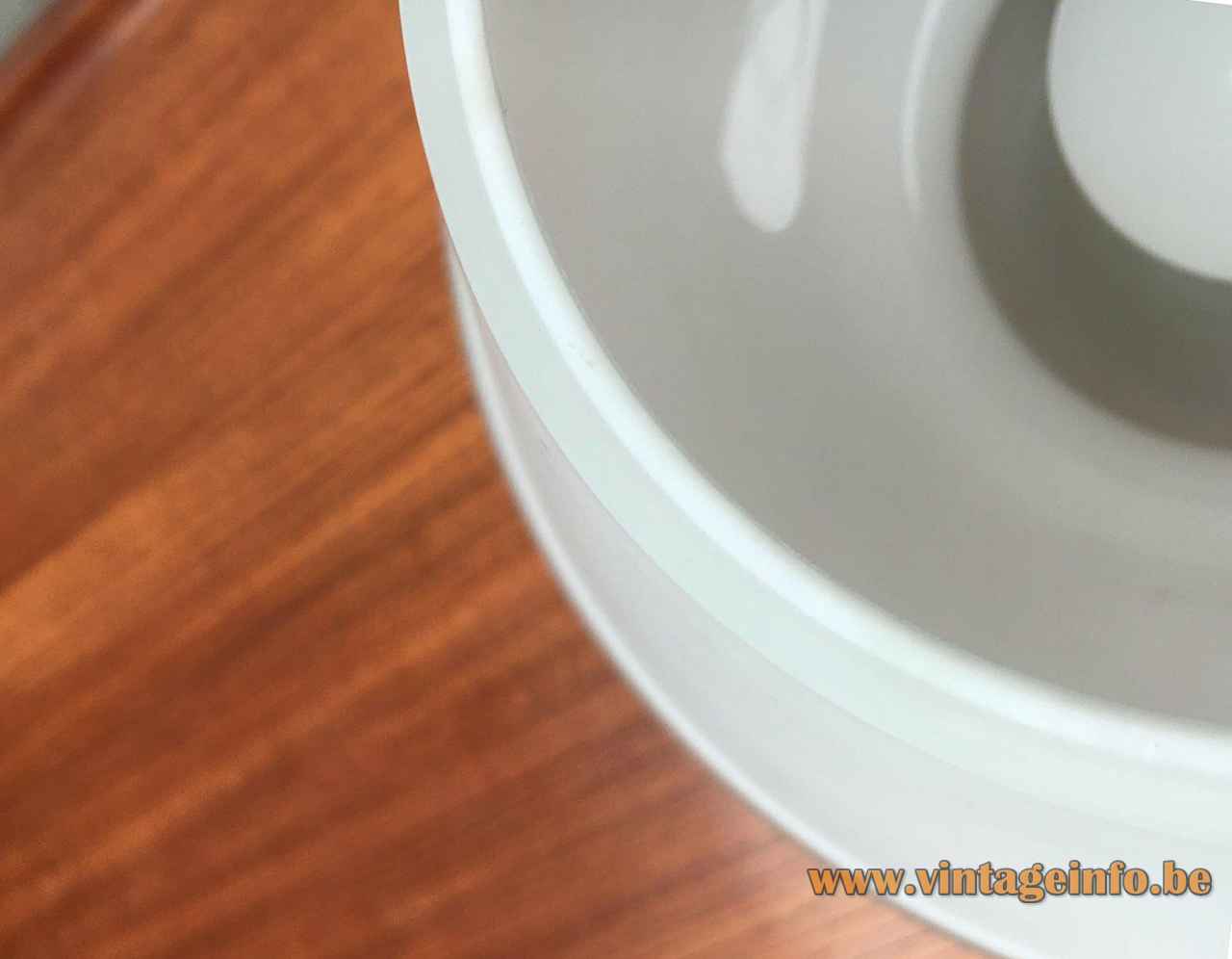 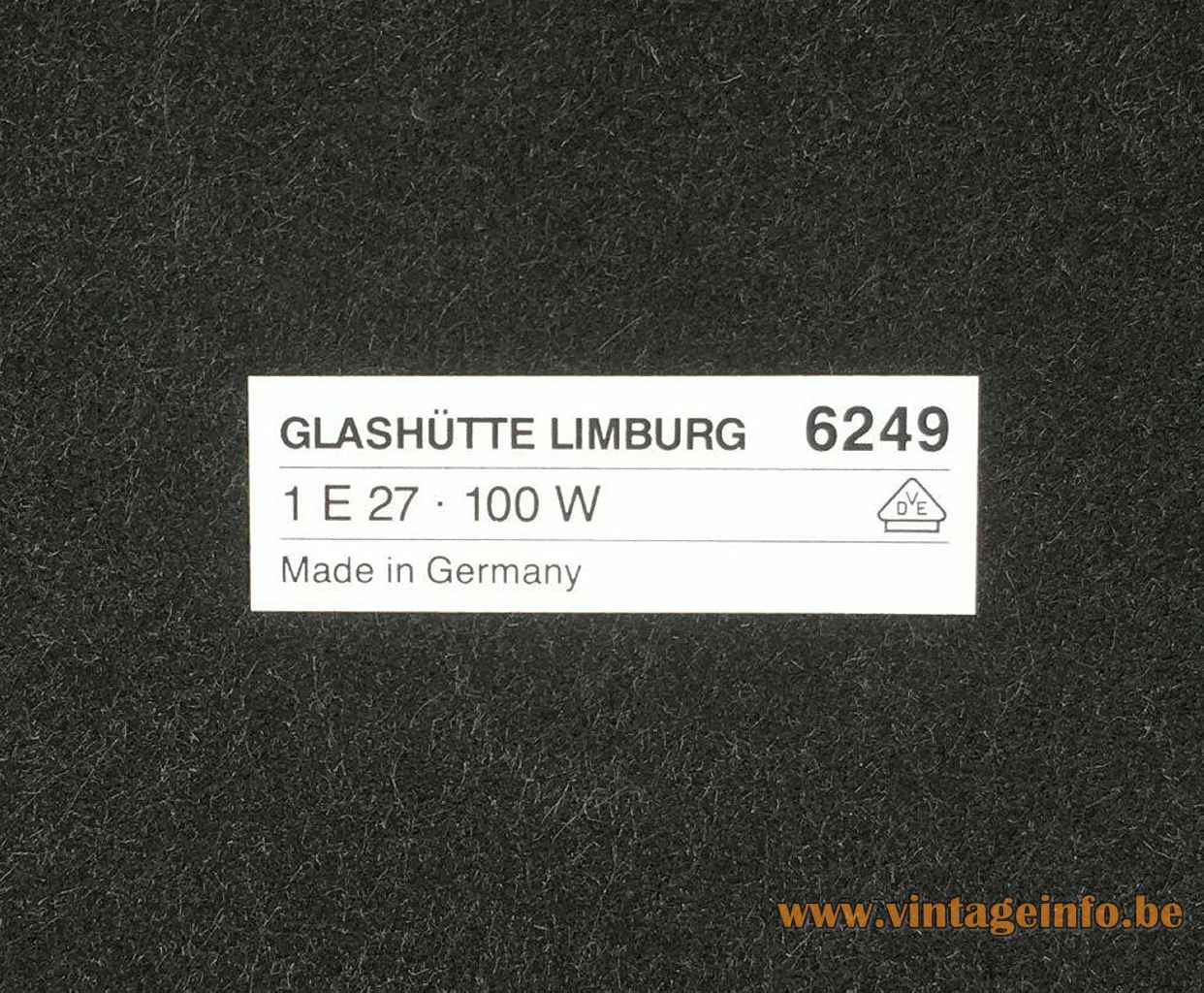 Table lamp in satin matt opal glass
Supply cable 1.80 m long – with intermediate switch
For 1 lamp E27 Maximum 100 Watt
∅ 320 mm – height 300 mm
Table lamps formed entirely of glass
Lights for the table. the wall,
the bedside table.
Very useful, where in a small area
good light for reading, writing,
handwork is necessary, or only as
Piece of jewellery.
We manufacture them in different types of glass,
which can be assigned to the most varied facilities

Materials: Round base and mushroom lampshade made of clear frosted glass with a white layer inside. Some metal parts. Bakelite E27 socket.

Other versions: This Glashütte Limburg 6249 table lamp exists in several sizes. The company made several other lamps in this type of glass.

History of the Bega company