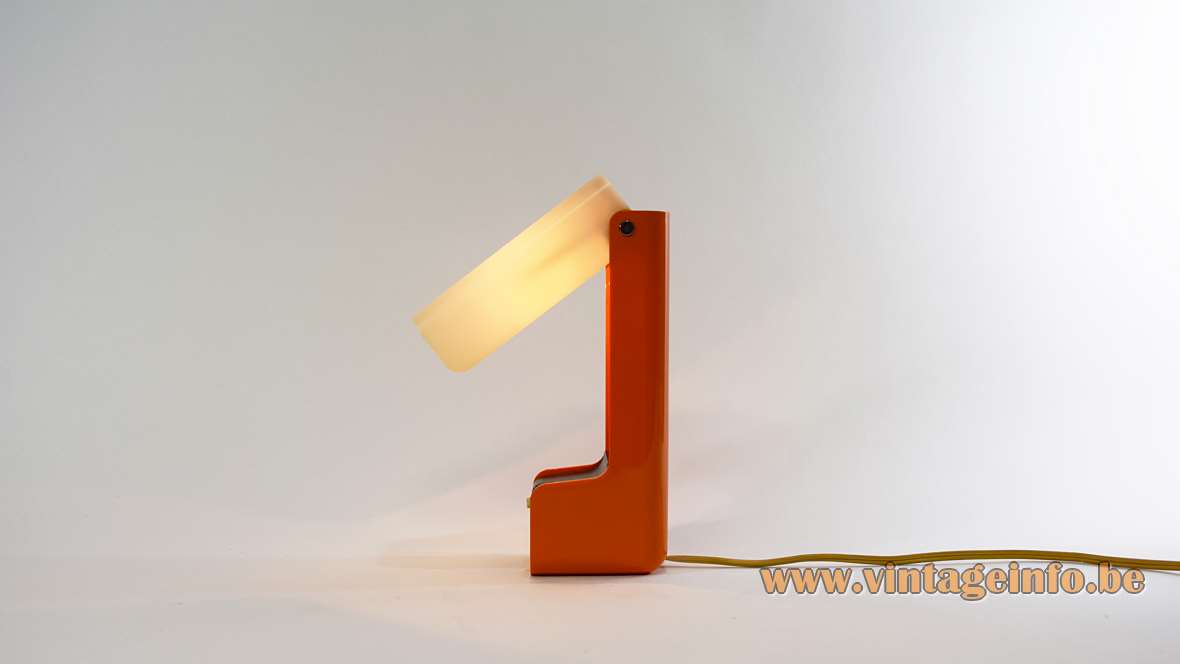 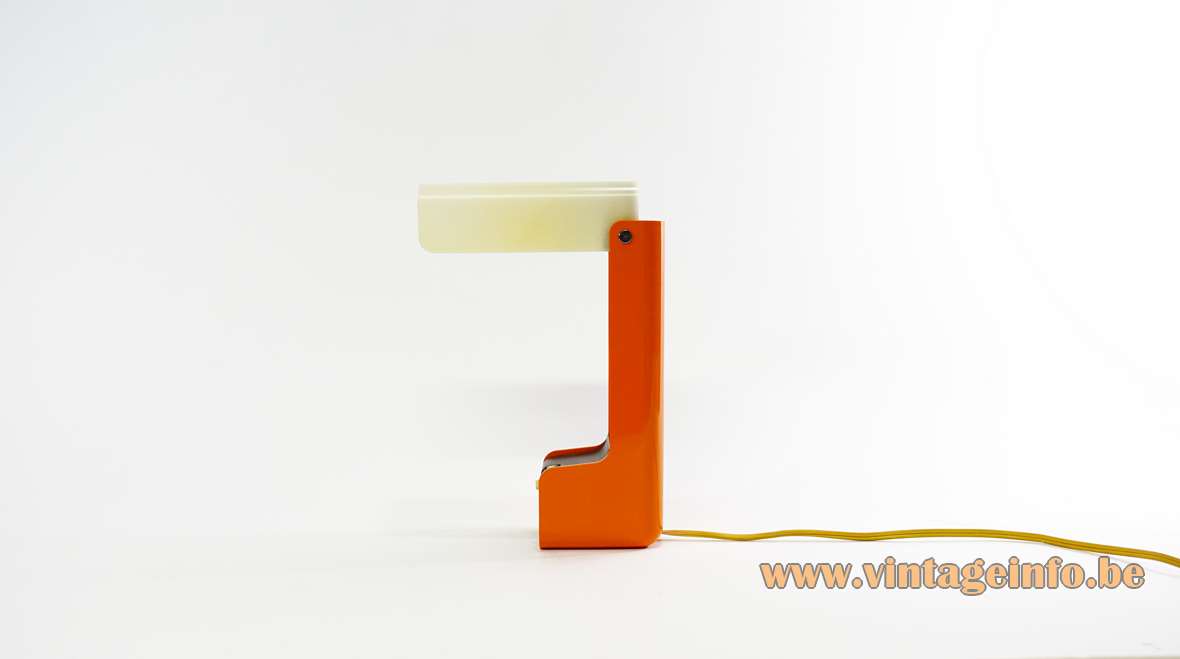 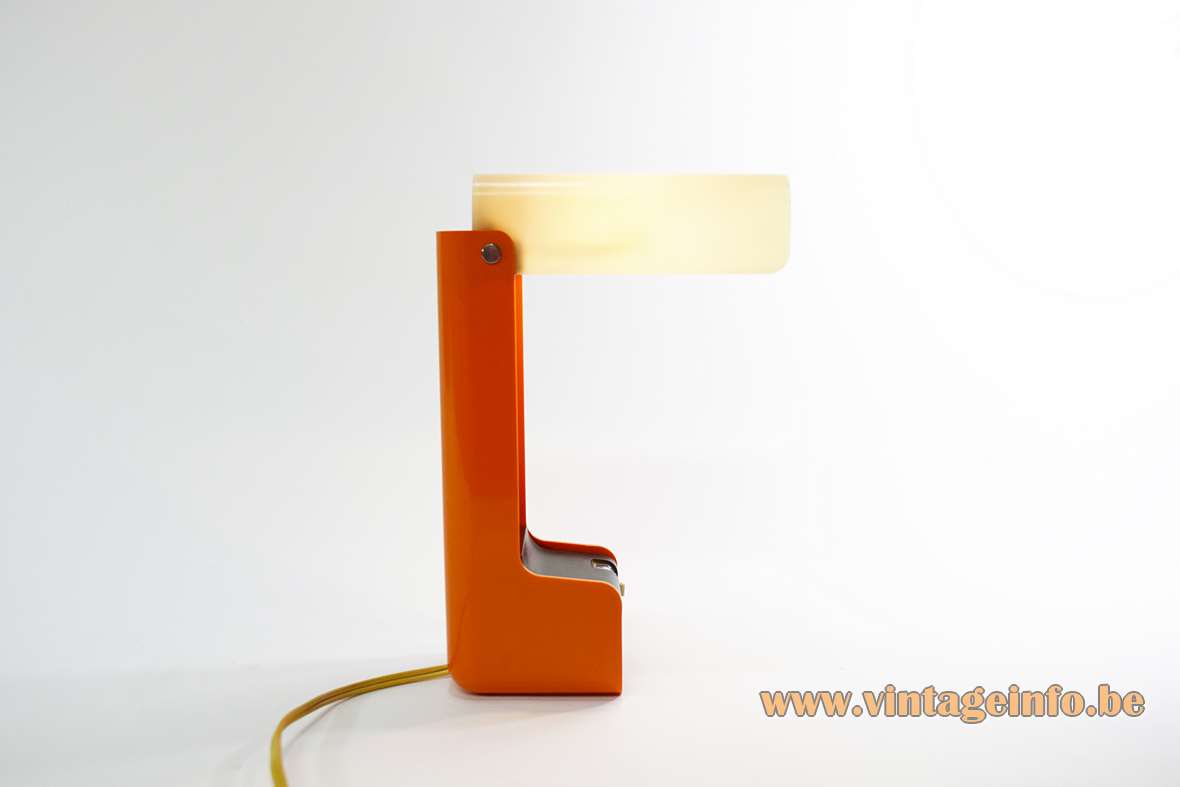 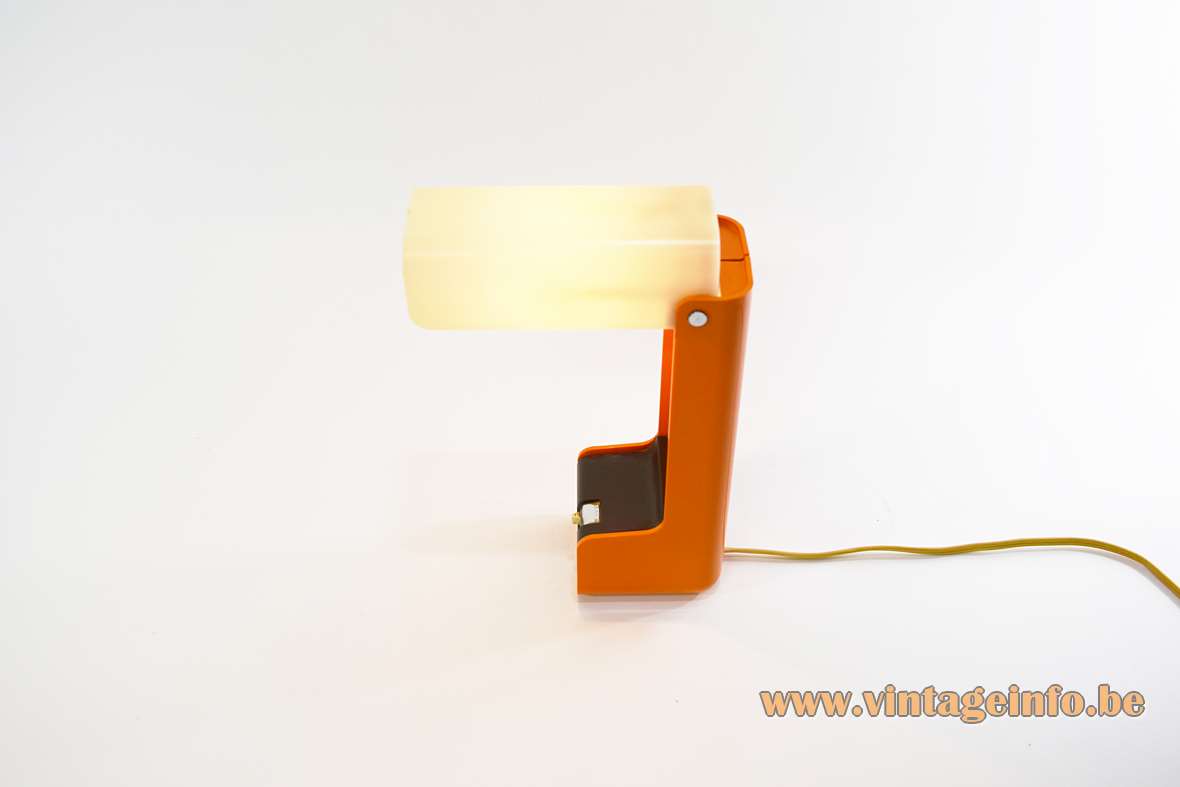 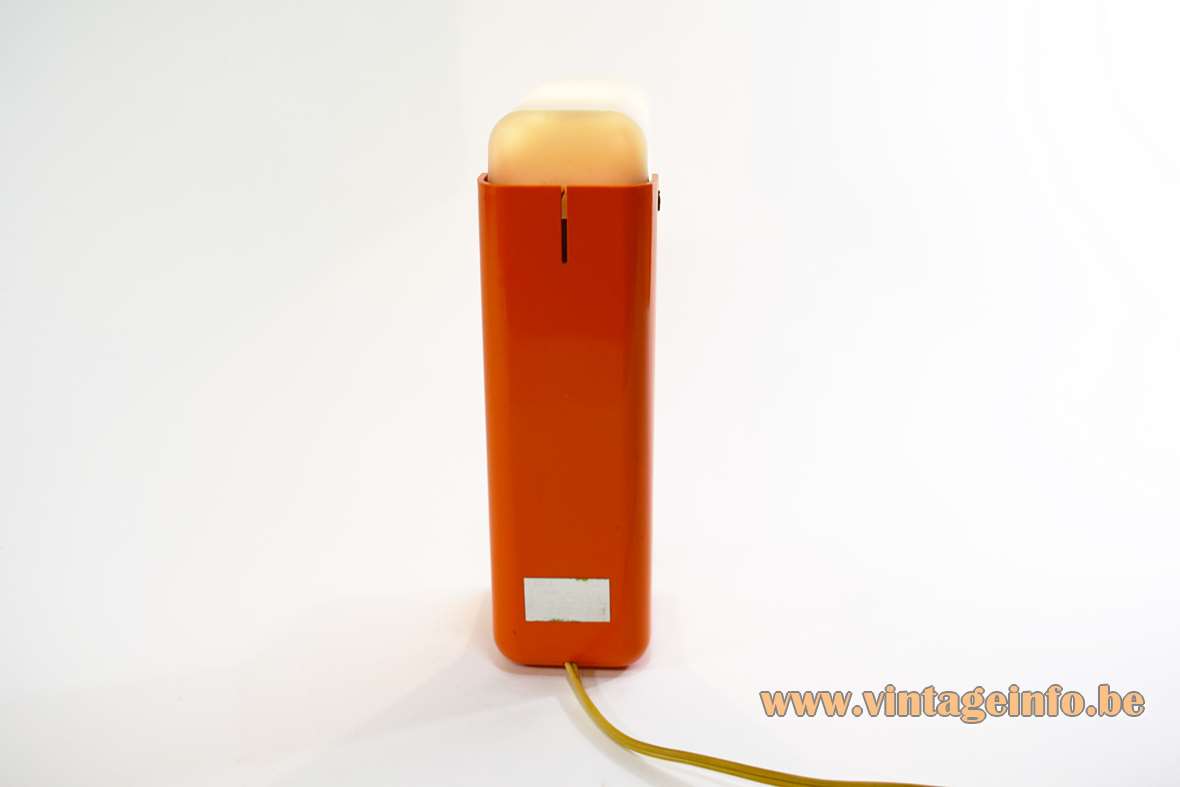 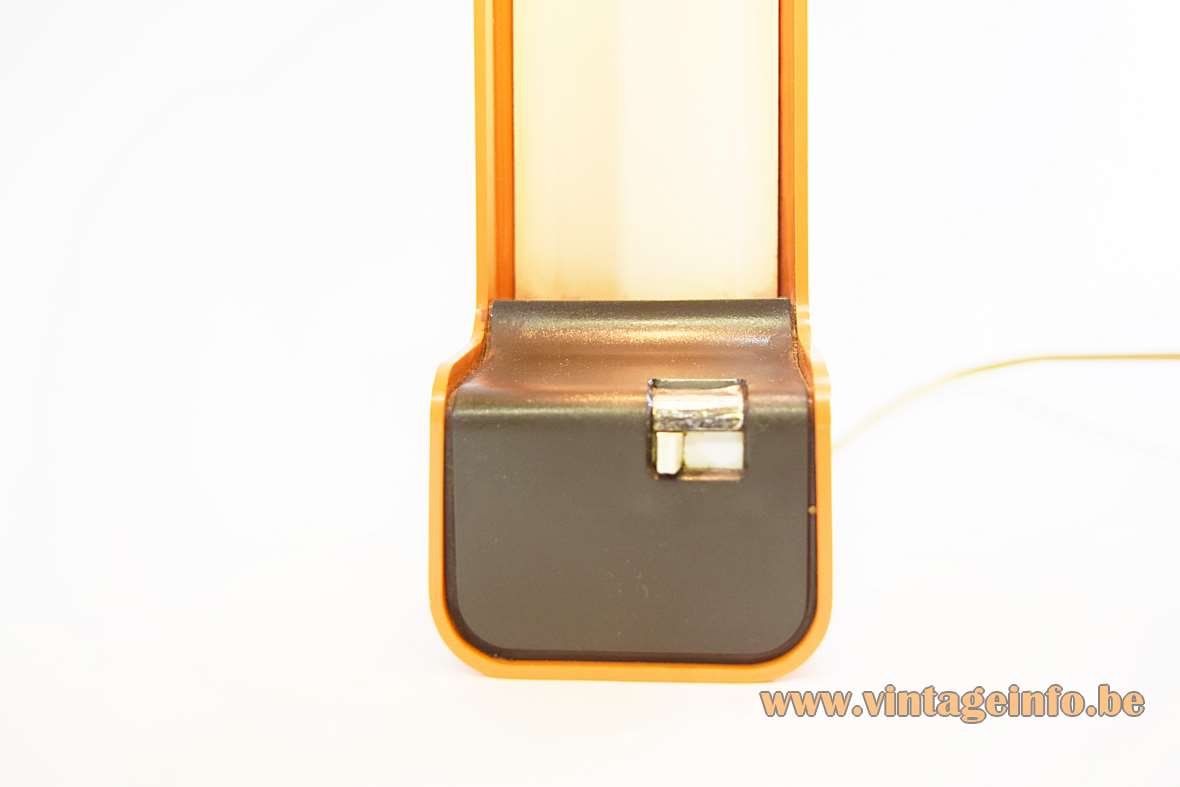 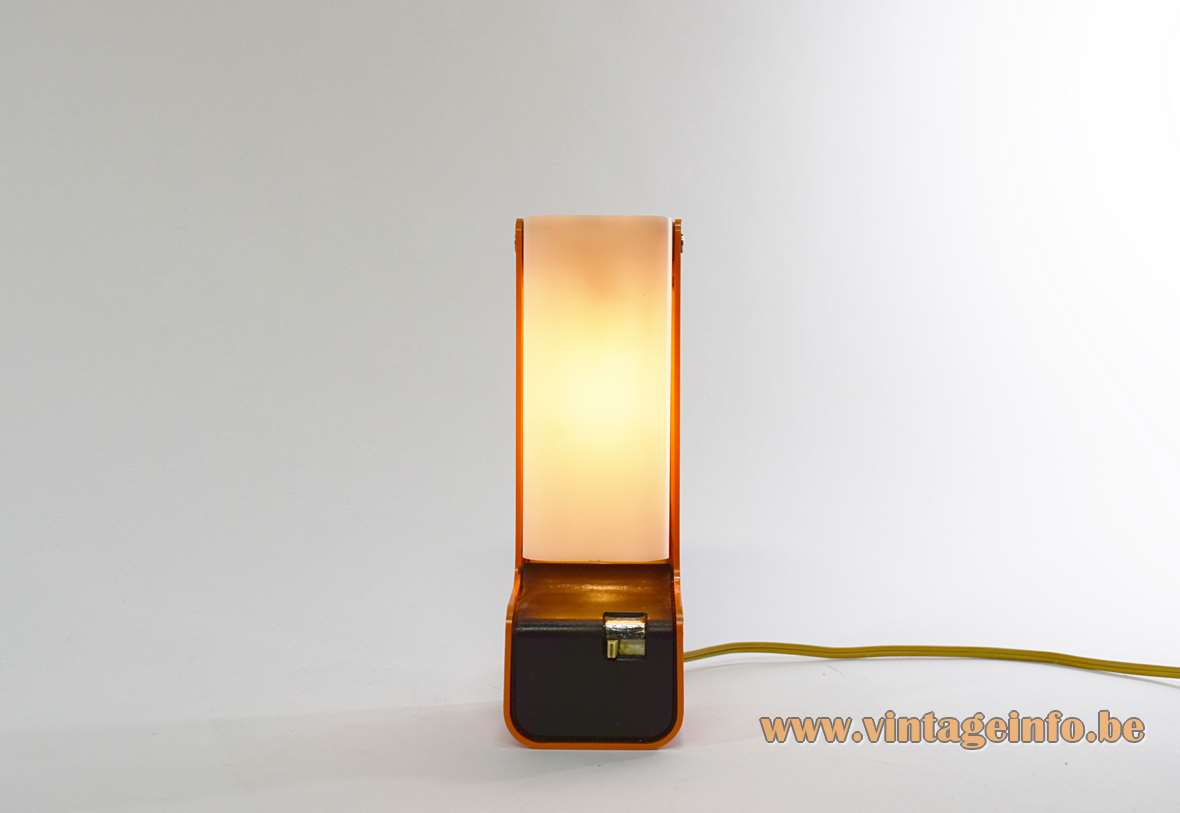 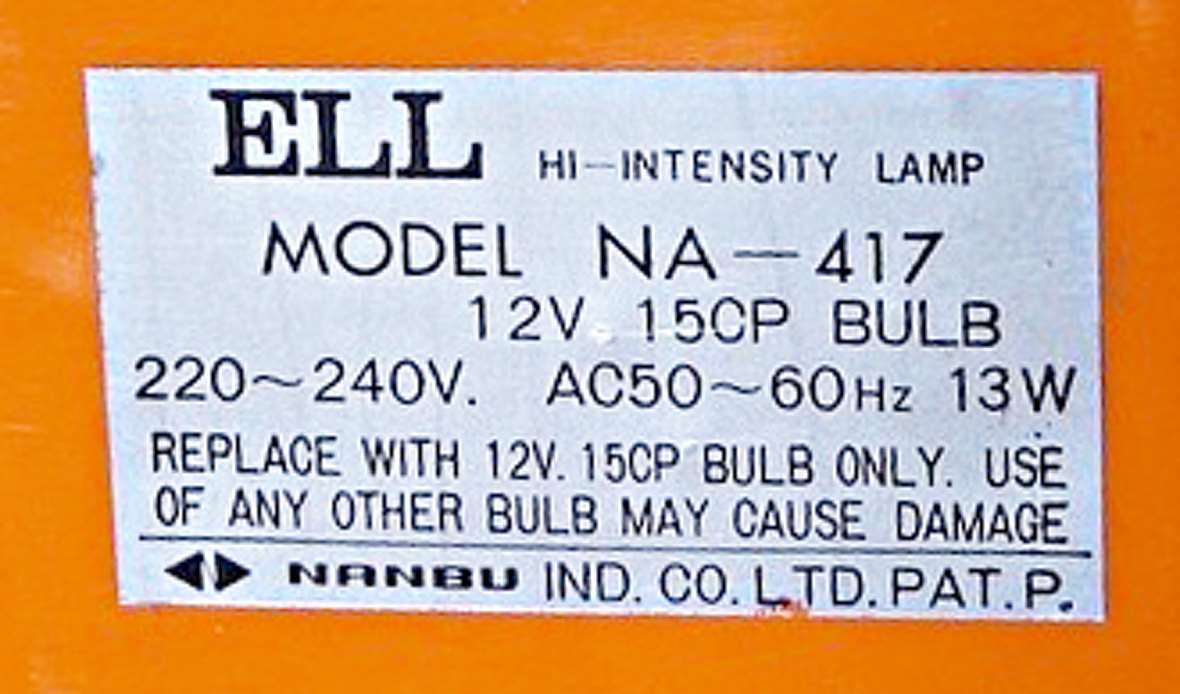 Other versions: This Nanbu Ell table lamp exists in a few colours. At least made in white, red and orange. Model number NA-417.

Nanbu is the name of several cities in Japan, but it was also a Japanese samurai clan.

A company with the name Nanbu Industrial Co. Ltd from Hong Kong exists. If it got anything to do with the company from the 1970s is unclear. According to some sources it was founded around 2008. Maybe the legal status changed or it is another firm. Nanbu is an import and export company.

The Nanbu LTD company in Japan no longer exists. No information to be found. Another Nanbu company exists, but it was founded in 1981 and is named Nanbu Plastics Co.,LTD. 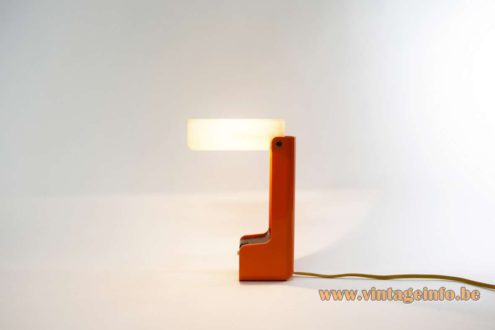 Vademecum lamp by Joe Colombo on the internet