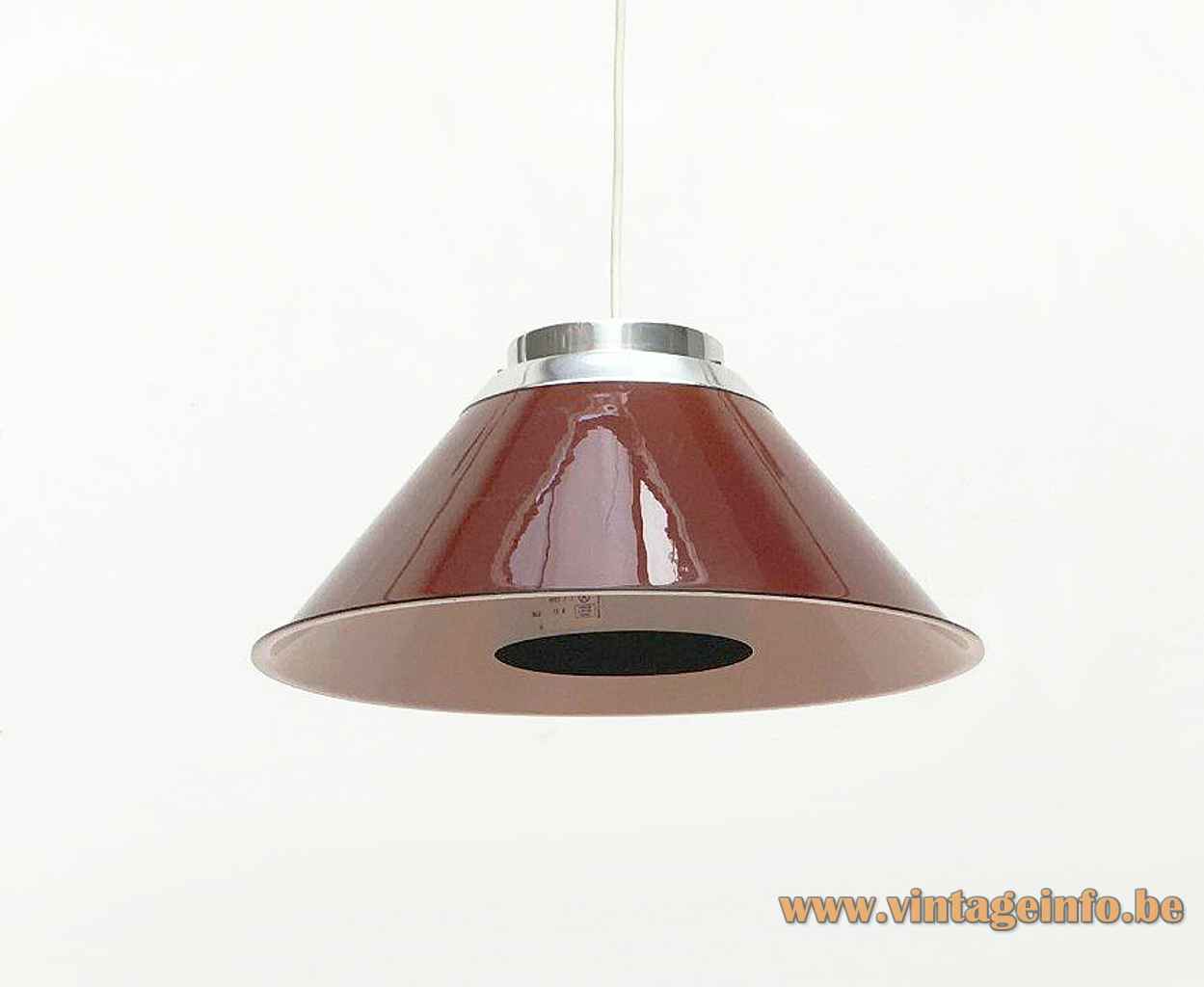 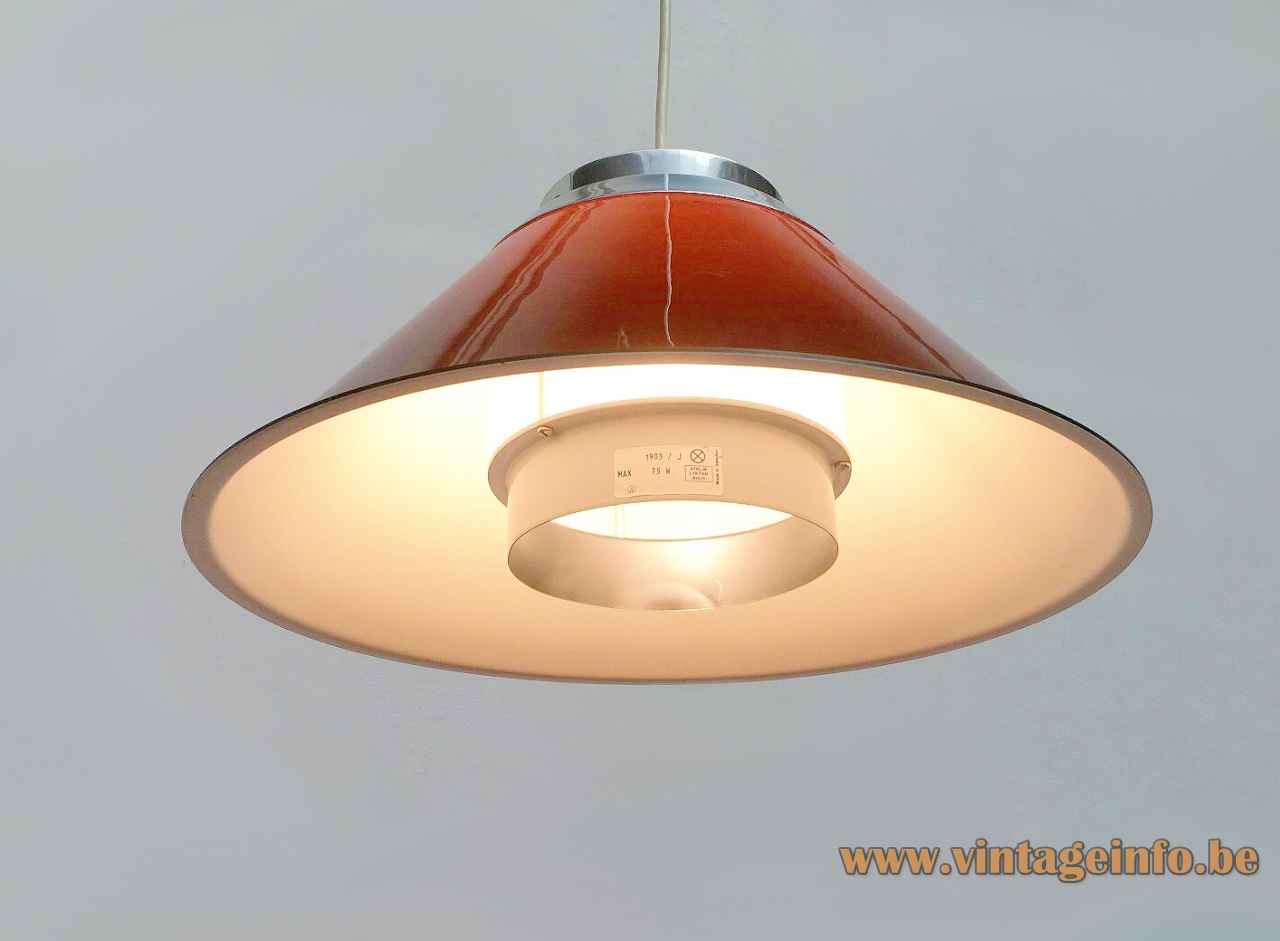 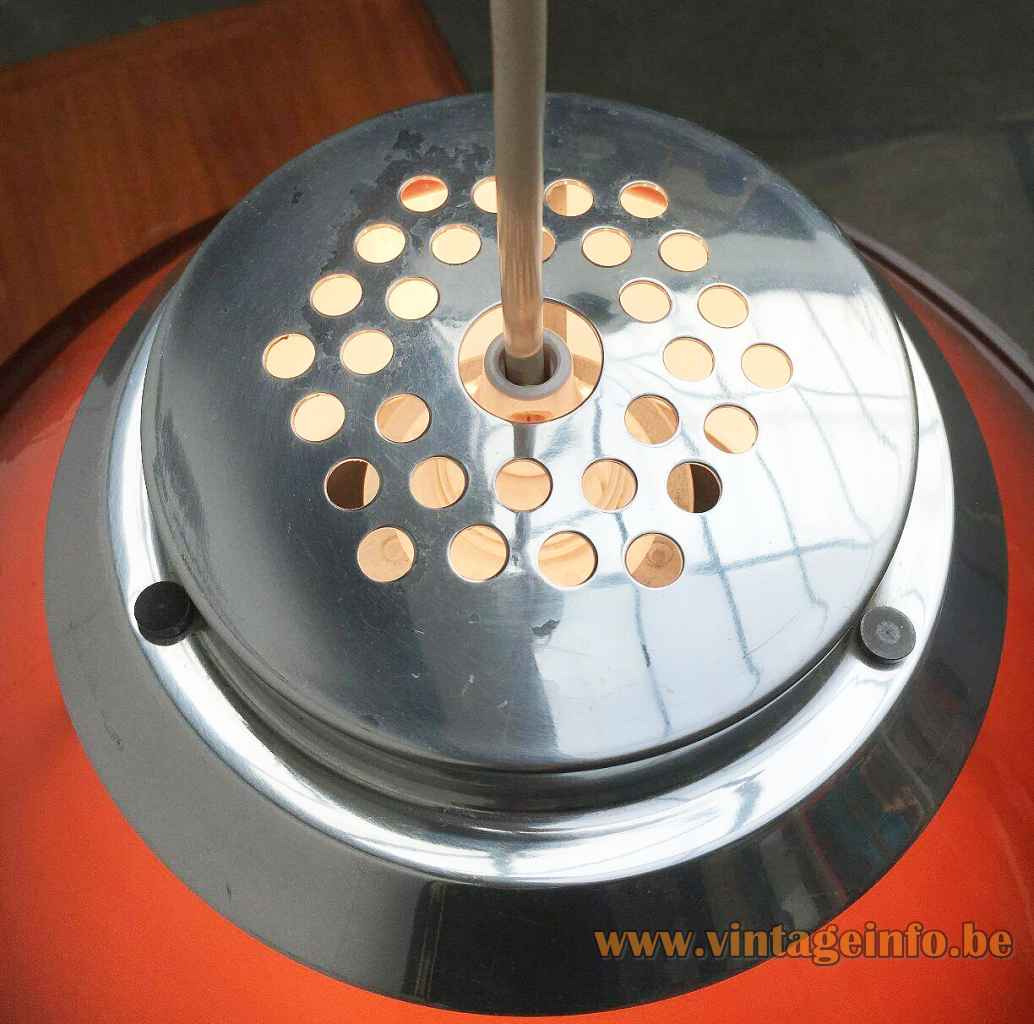 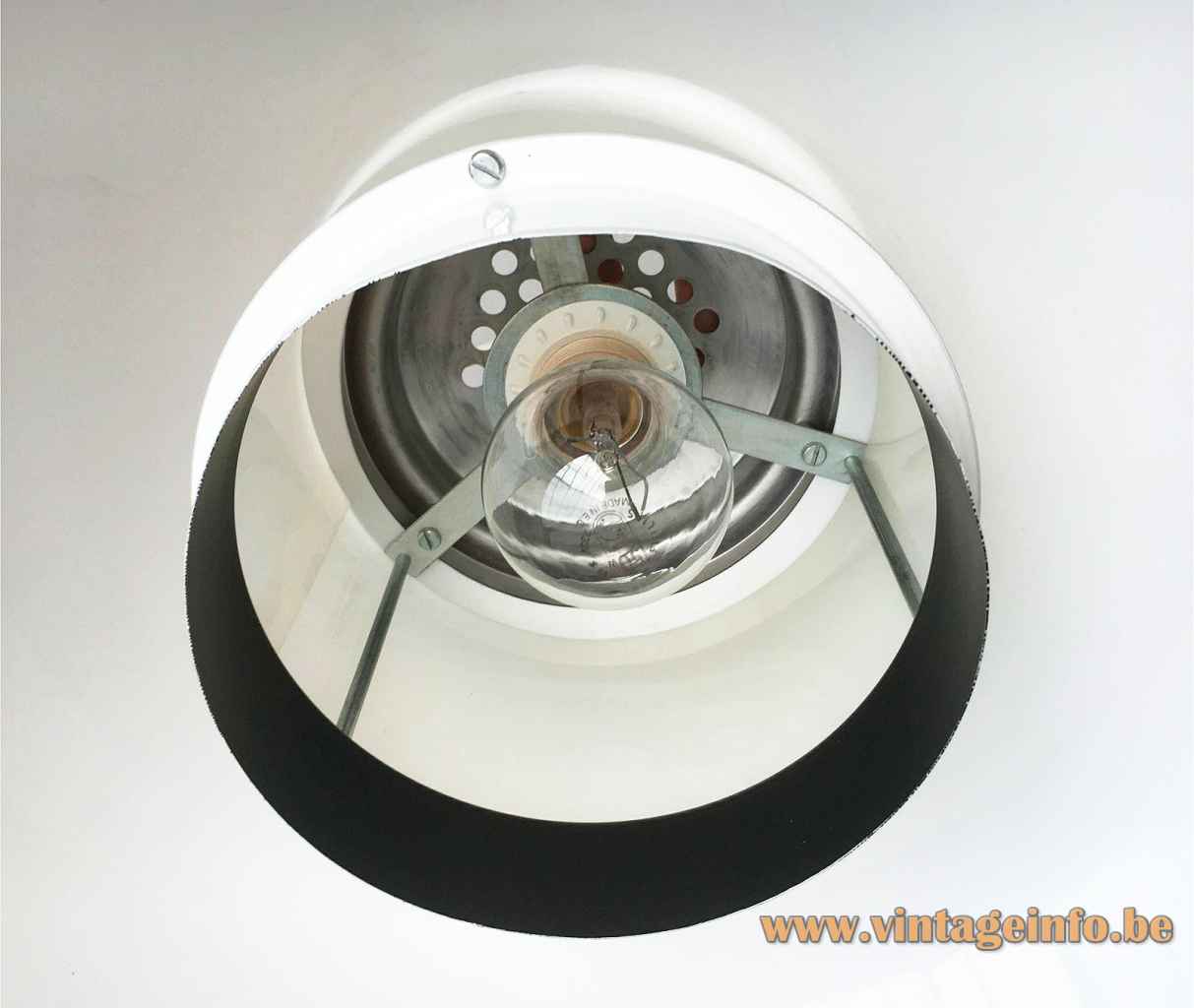 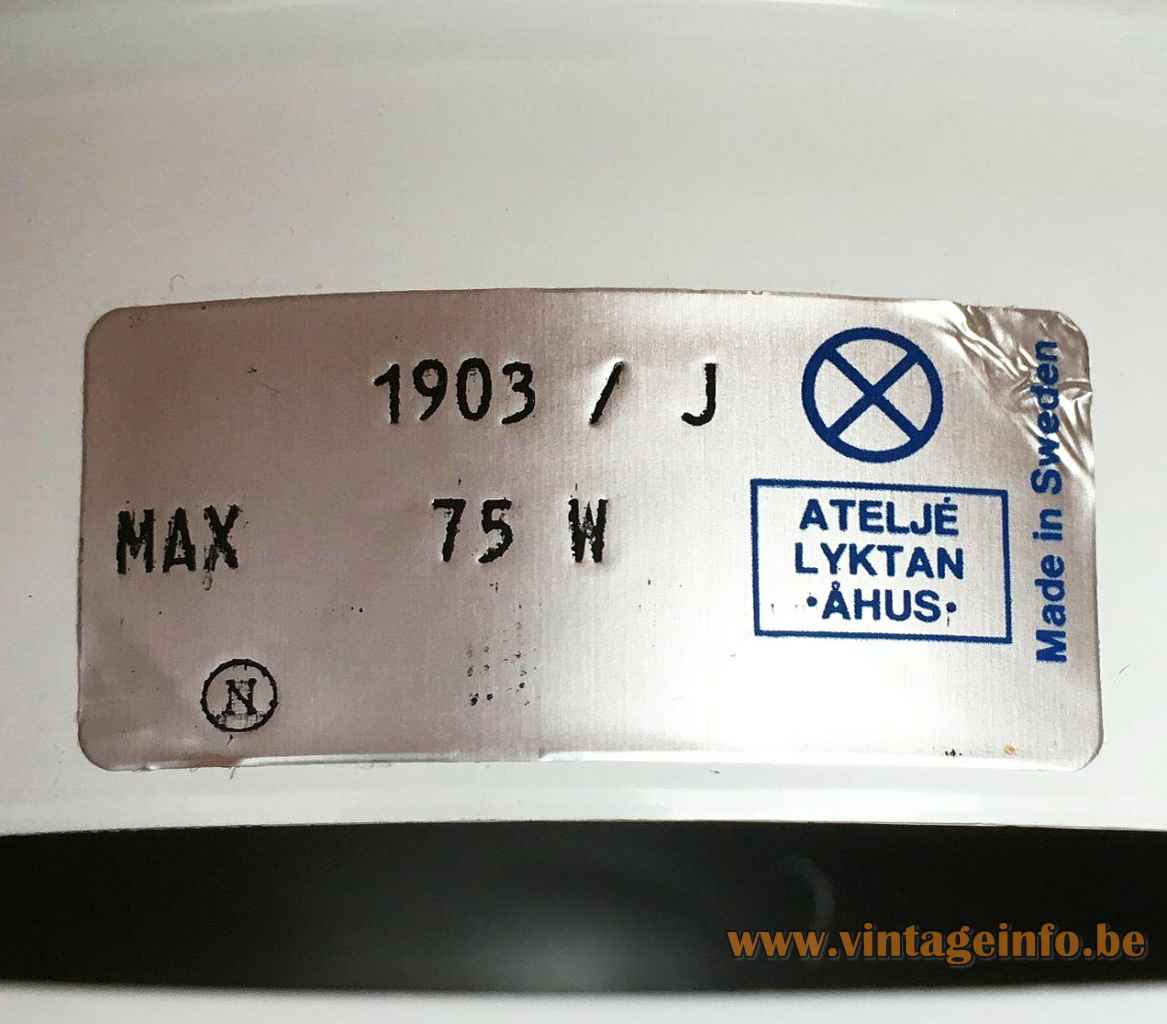 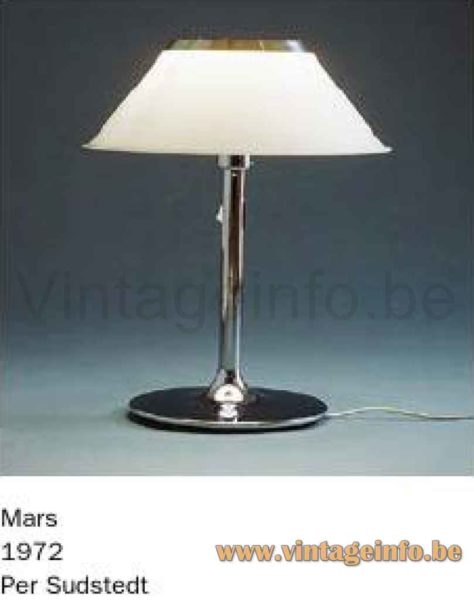 Other versions: The Ateljé Lyktan Mars pendant lamp exists in several colours. Also a table lamp was made.

Per Arne Sundstedt was born, June 19, 1941 in Enskede, Sweden. He studied industrial art at the Konstfacks, the University of Arts, Crafts and Design in Stockholm. Sundstedt graduated from the department of metal crafts. He was awarded the Swedish Handicraft Association‘s large silver medal.

Per Sundstedt designed his first lamp in 1965 for the Kosta Lampan lighting company, named Candela 1. it was his degree project, a bedside lamp with mechanical dimming.

Well know lamps by his hand are this Mars lamp series. Some other lamps are the Boxlight, the Rikta, the Störtkrukan and the Strumpan. All designed for the Kosta Lampan company.

Kosta Lampan was taken over in 1976 by Fagerhults, which 2 years earlier had also incorporated Ateljé Lyktan. For Fagerhults he designed the Nova pendant lamp, a fluorescent lamp bestseller.

In the 1990s Per Sundstedt designed the PS and Trix lamps for the lighting company Zero, founded in 1978.

During his career, he received several awards for his designs, among other the Excellent Swedish Form 1989 and the Grand Merit Award in 1998.