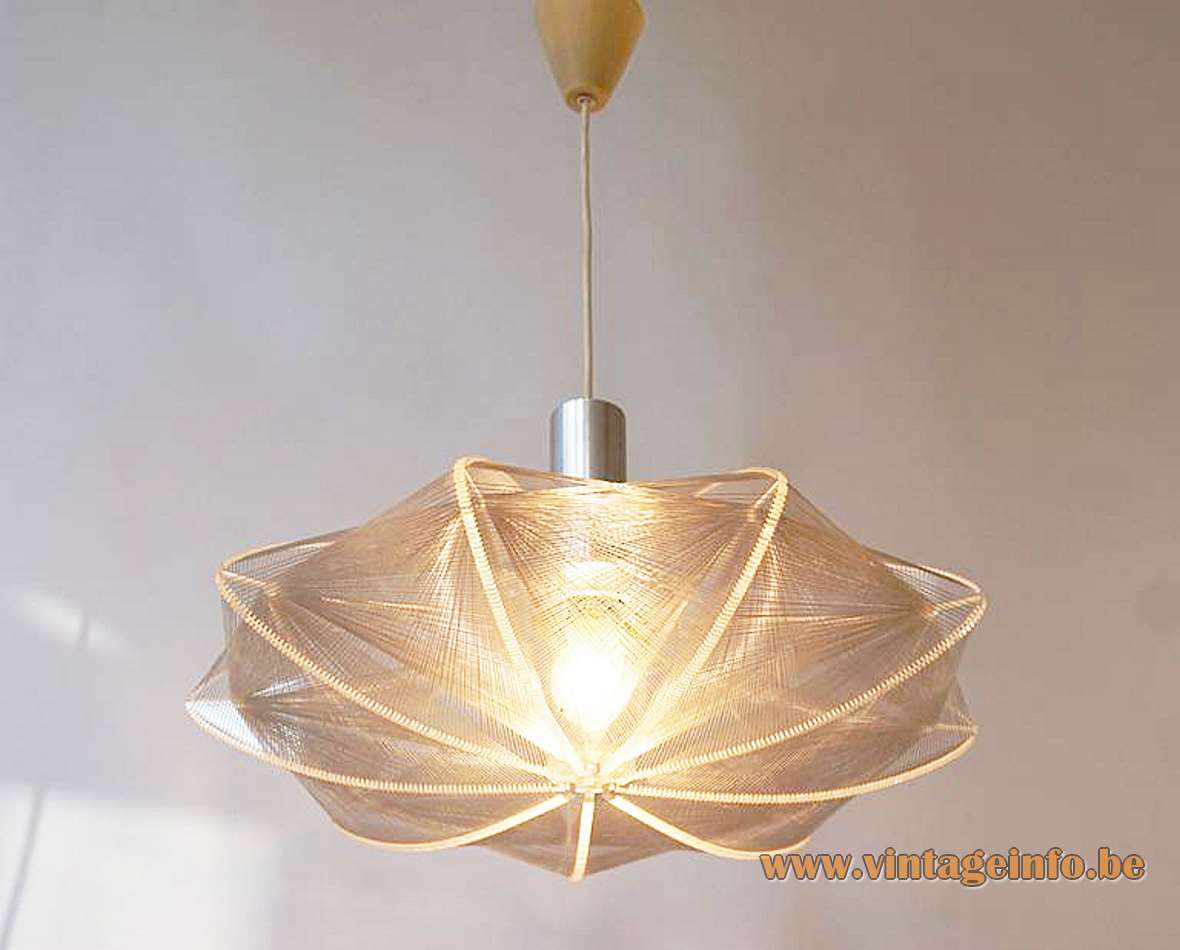 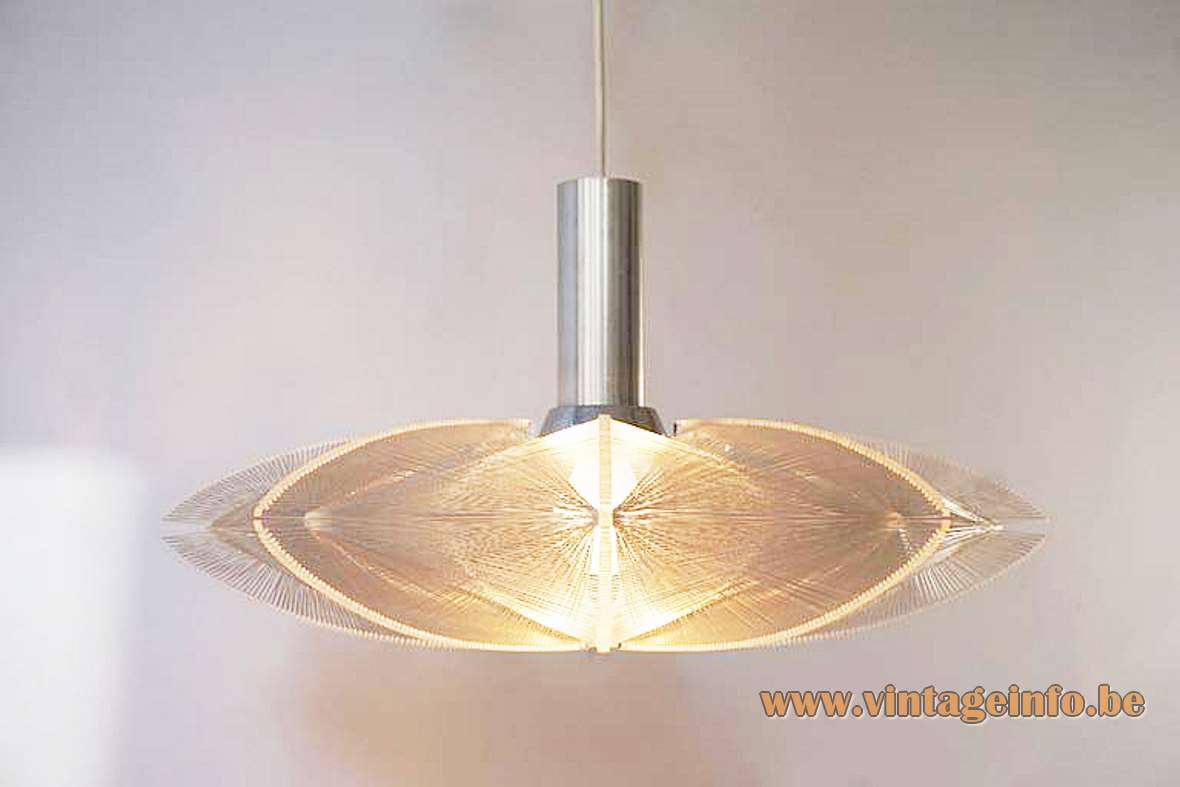 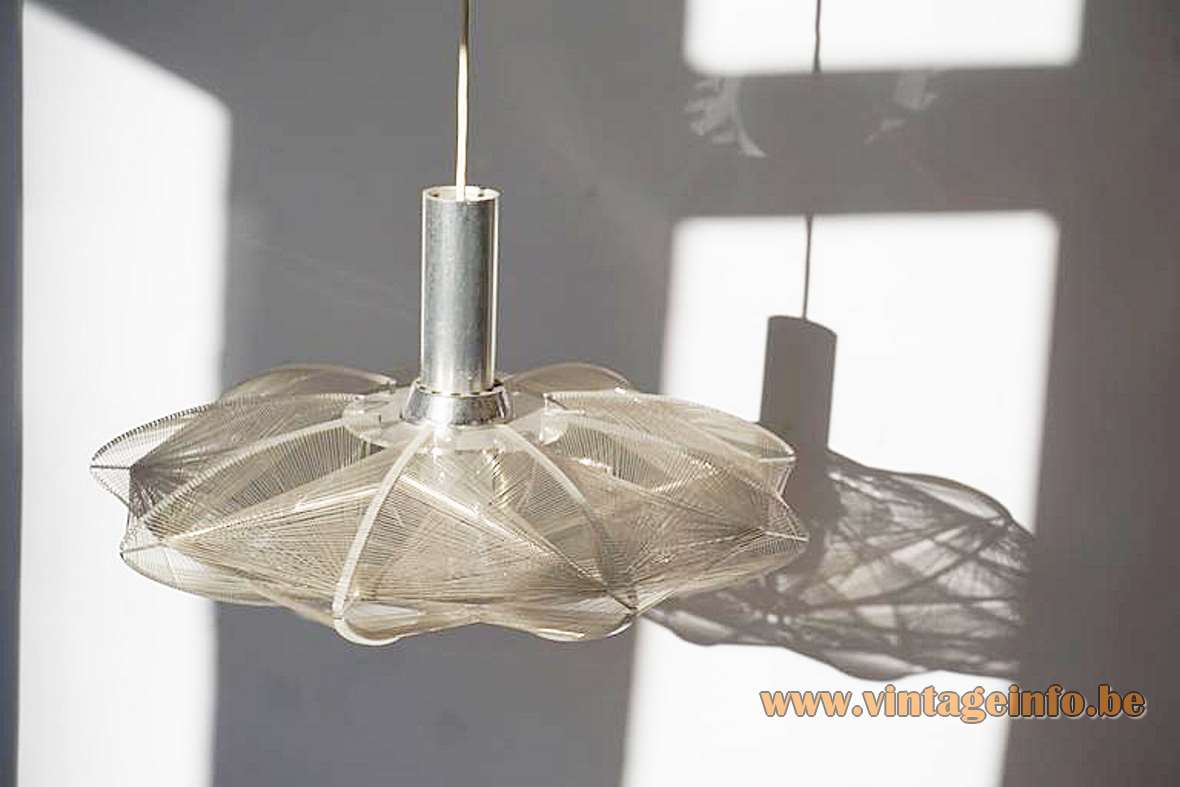 Other versions: This Paul Secon nylon thread pendant lamp was made in many variations. All made of acrylic, sometimes coloured, and nylon fishing wire.

Some companies sold similar lamps in a DIY package. The nylon string and acrylic parts are together with the fitting and the cord in a box.