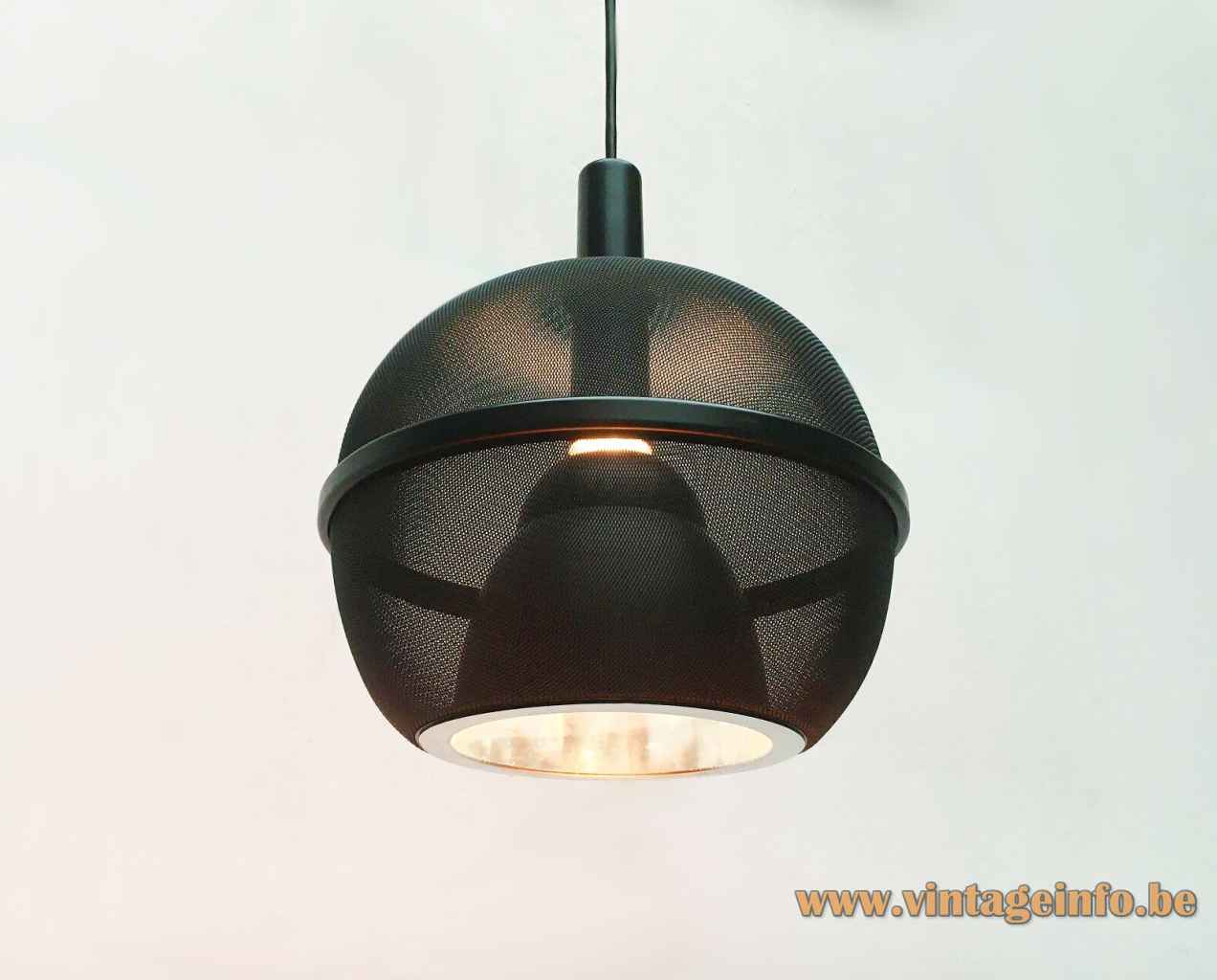 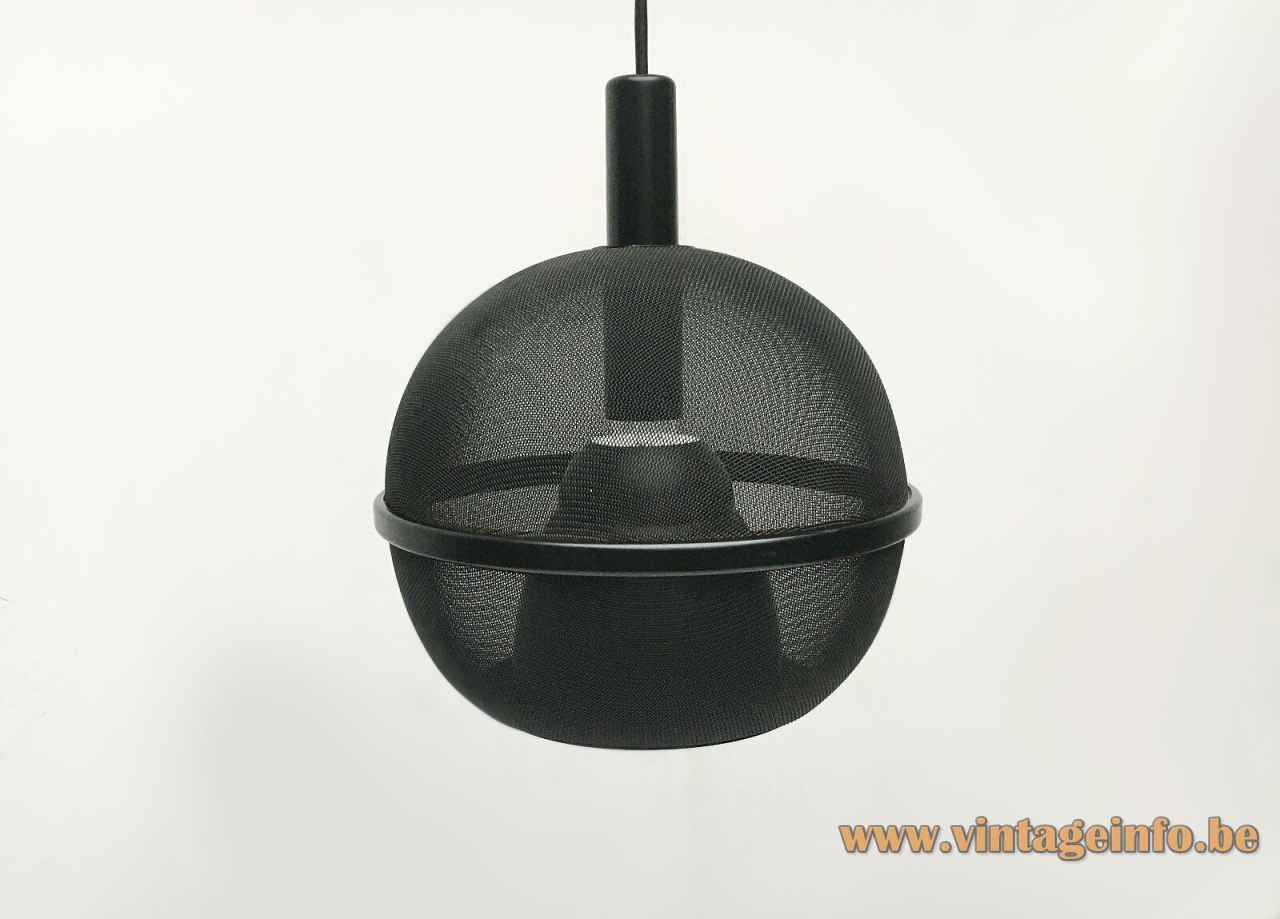 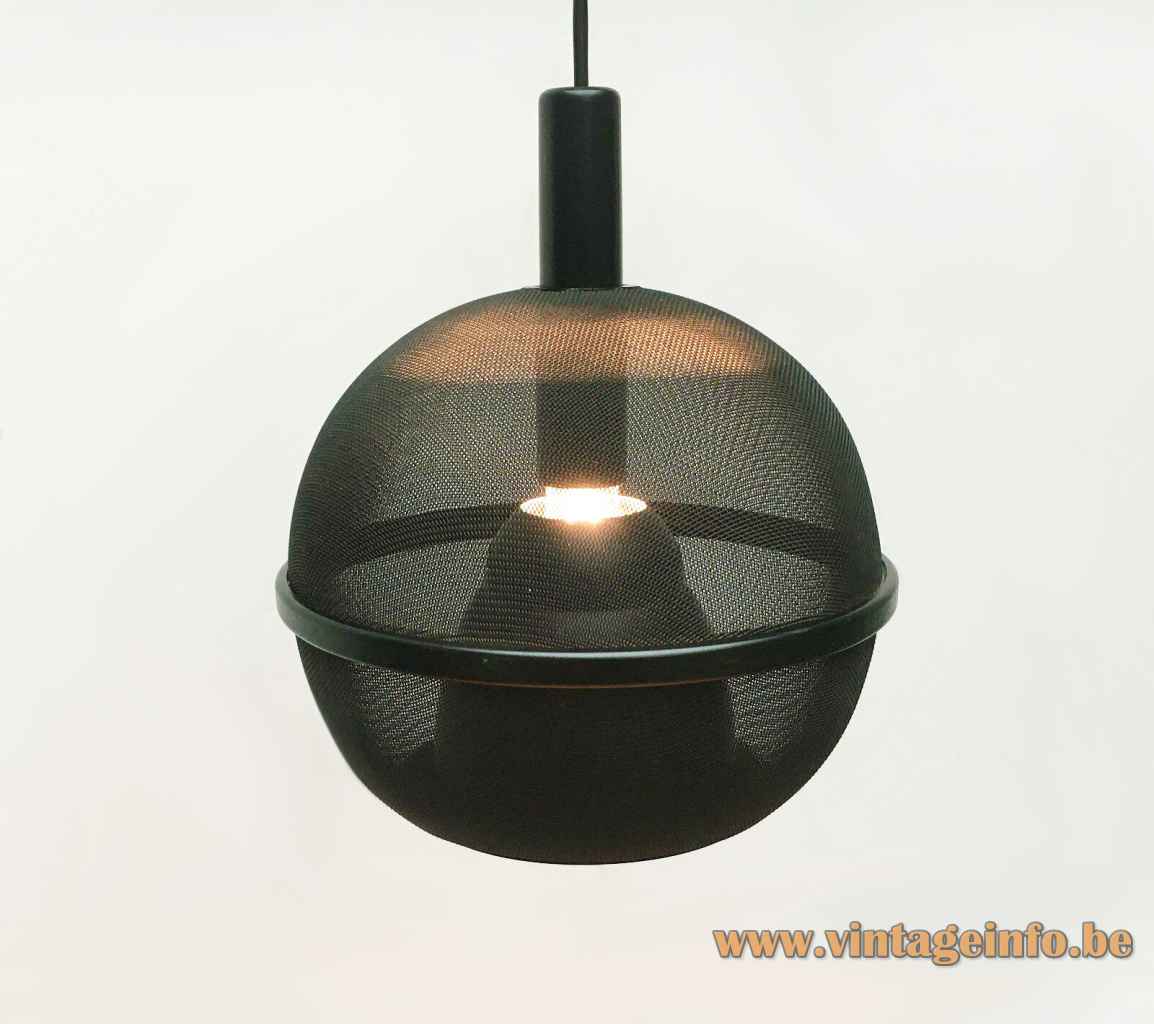 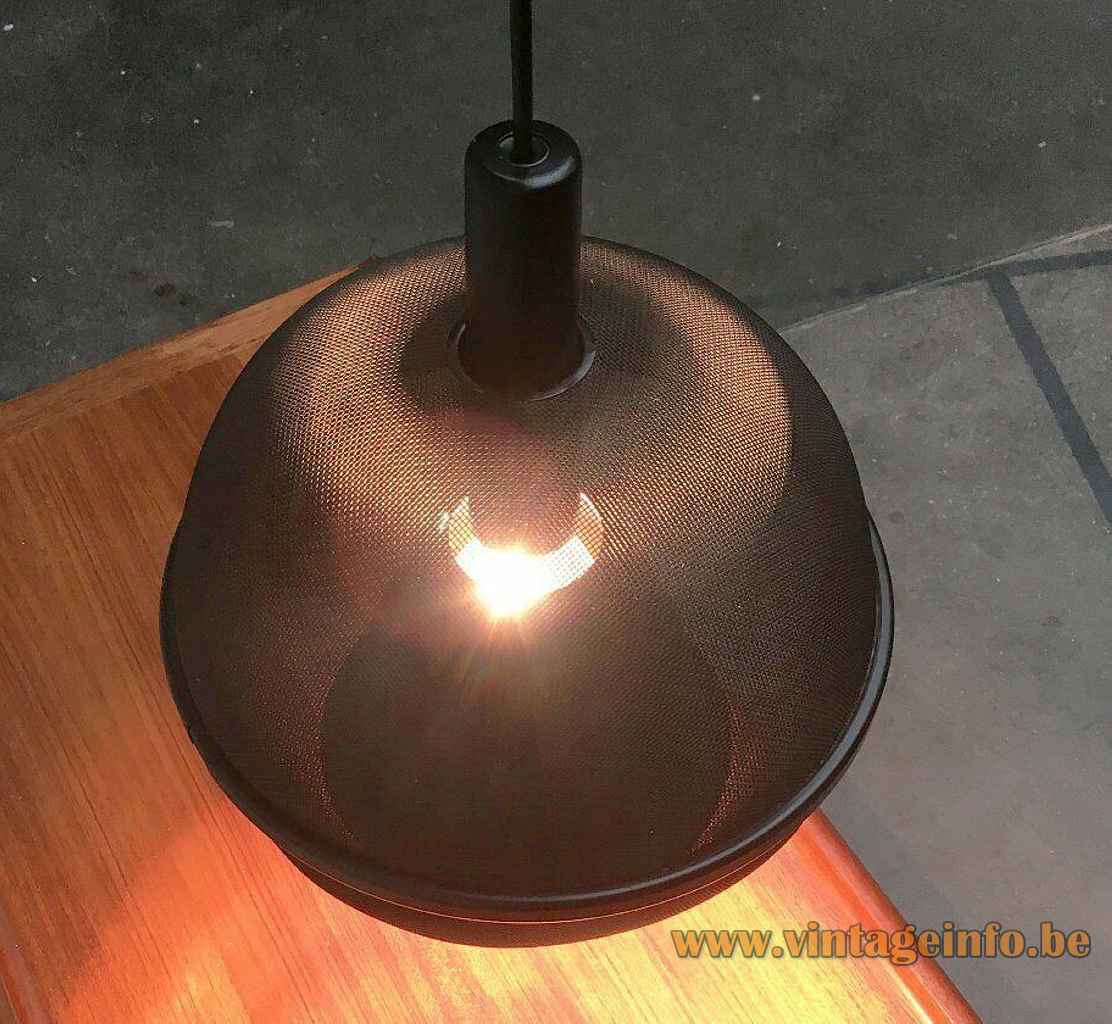 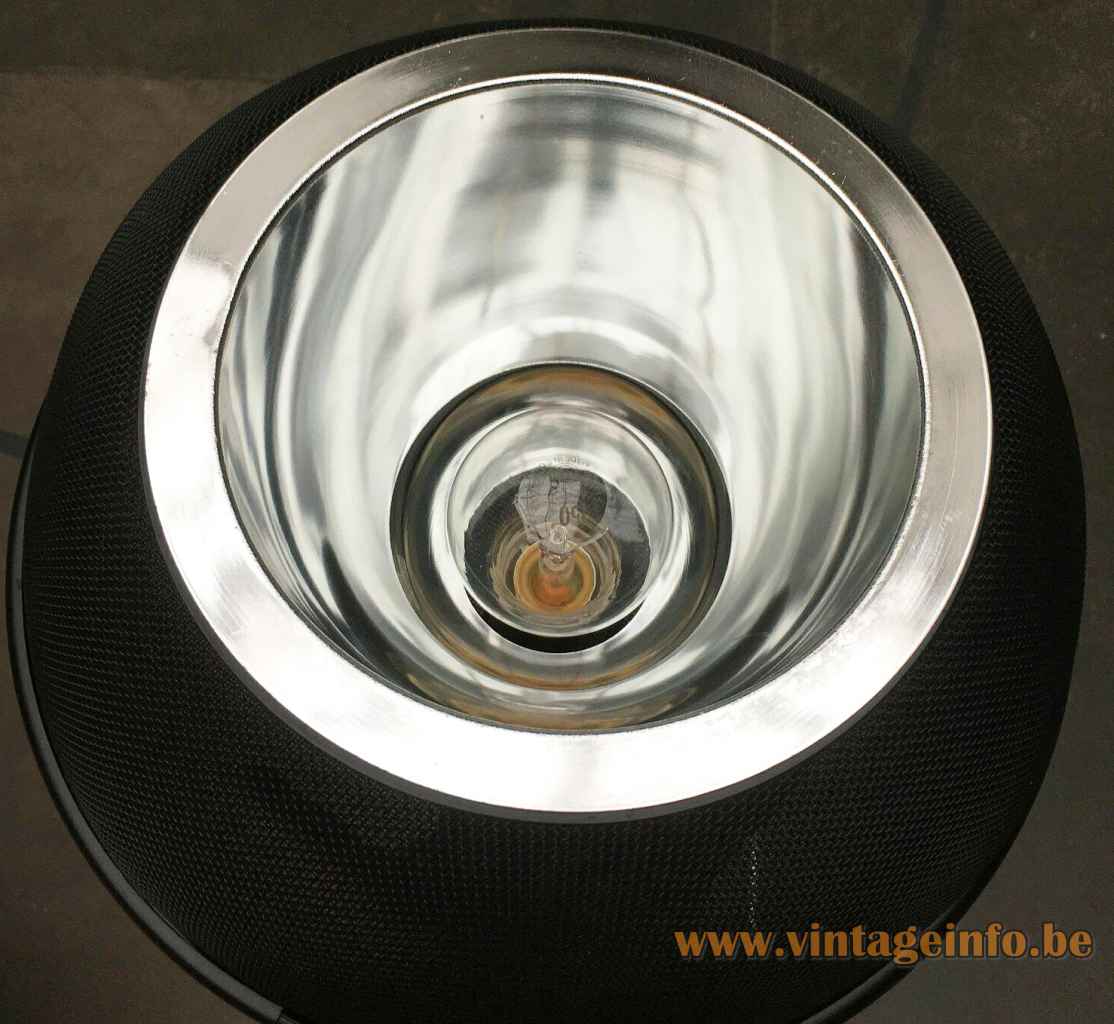 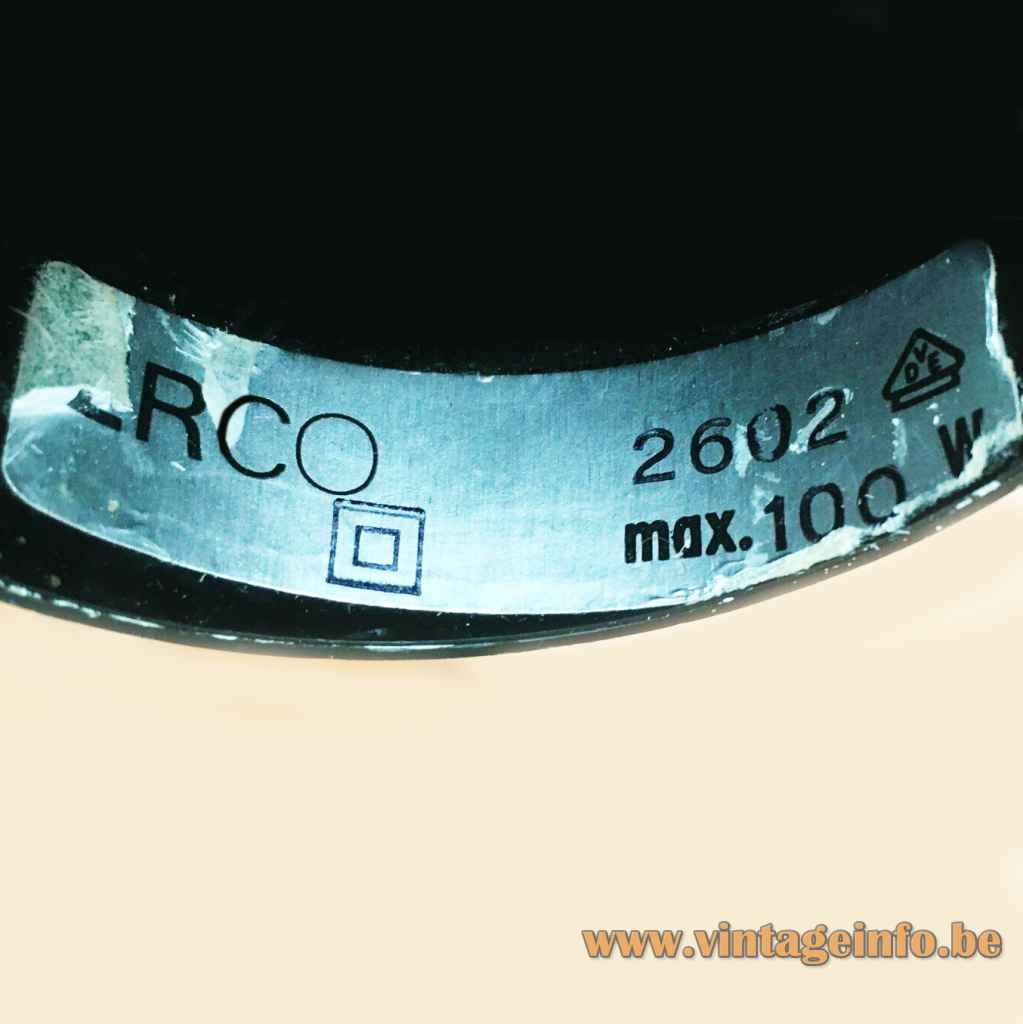 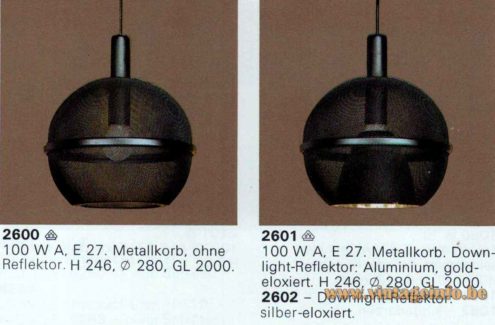 Other versions: This Roger Tallon ERCO pendant lamp exists at least in 3 models: 2600, 2601 and 2602. Made with or without reflector and it is silver or bronze coloured inside.

These lamp series received an iF Design Award in 1977.

ERCO was founded in 1934 by Arnold Reininger (1907-2003), Karl Reeber and Paul Buschhaus in Lüdenscheid, Germany and is still in family ownership. The company name ERCO represents a phonetic abbreviation of the founding name “Reininghaus & Co.“.

During the early years, ERCO produced parts for lamps. In particular a spring-supported retracting mechanism for hanging lights, as you can see with this pendant lamp.

iF Designs Awards for Roger Tallon

All iF Design Awards for ERCO