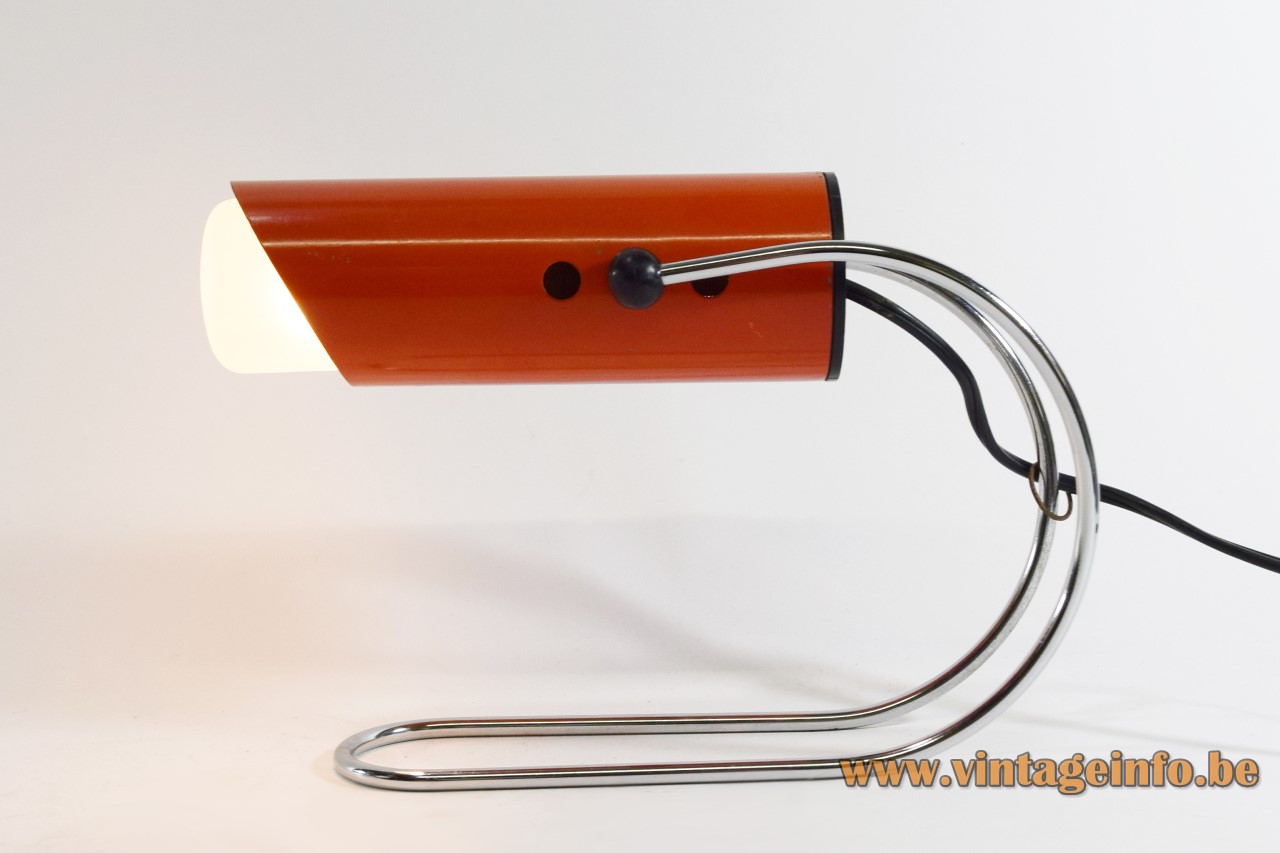 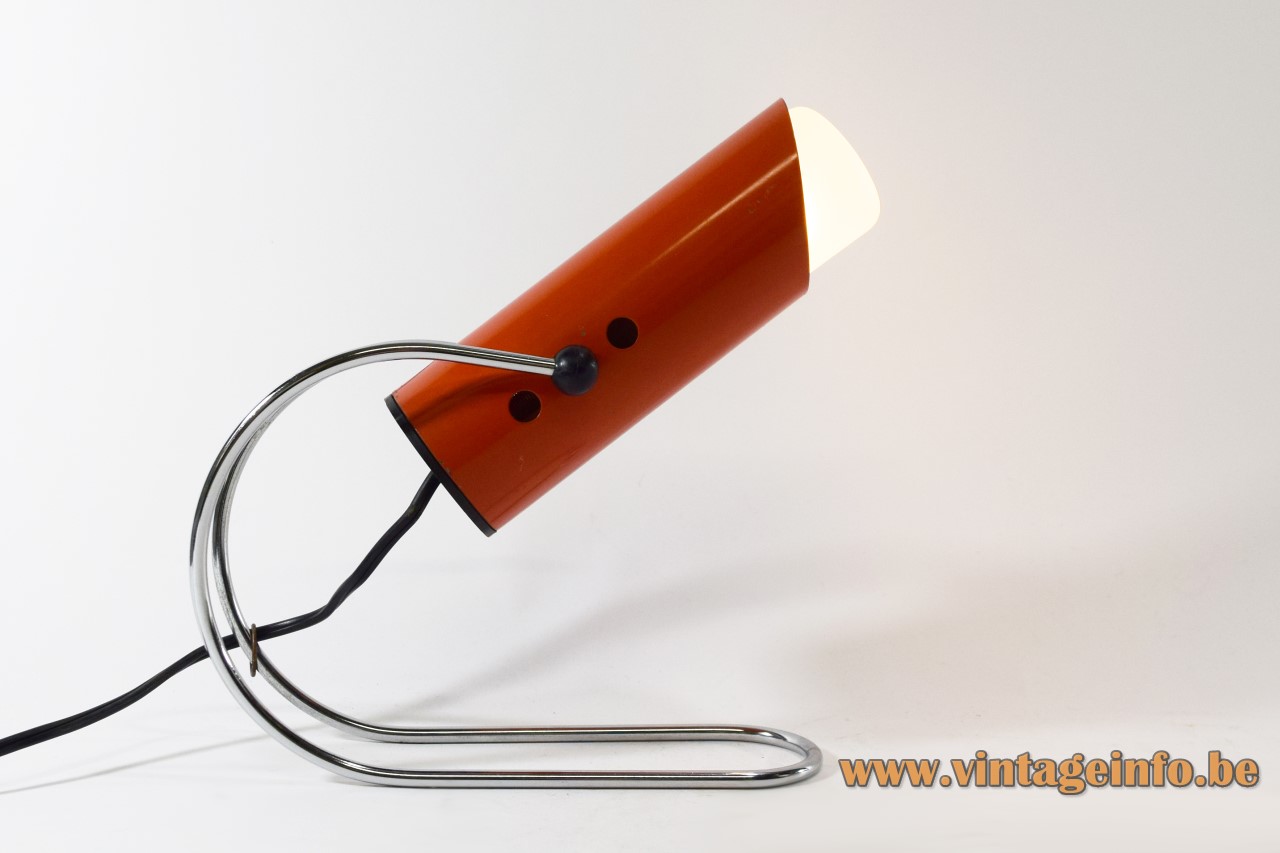 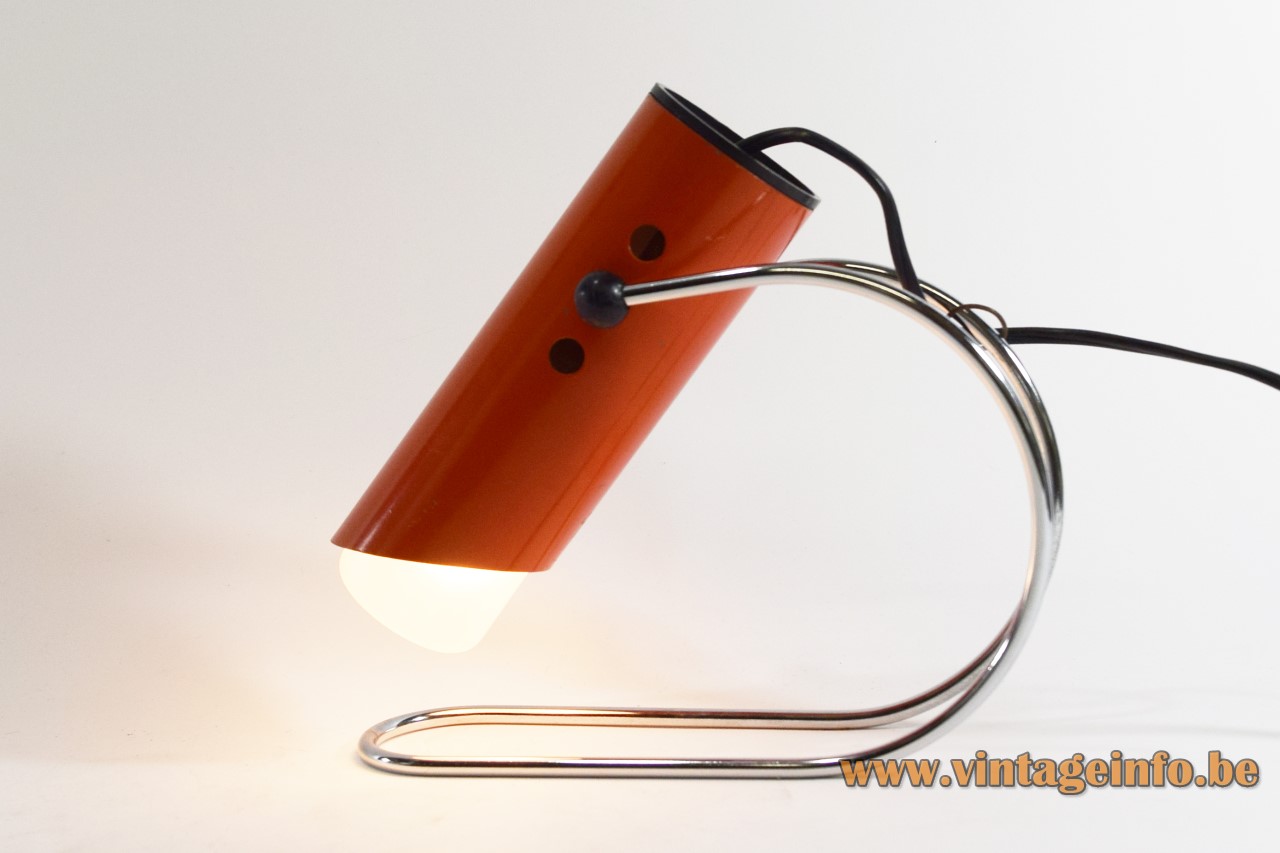 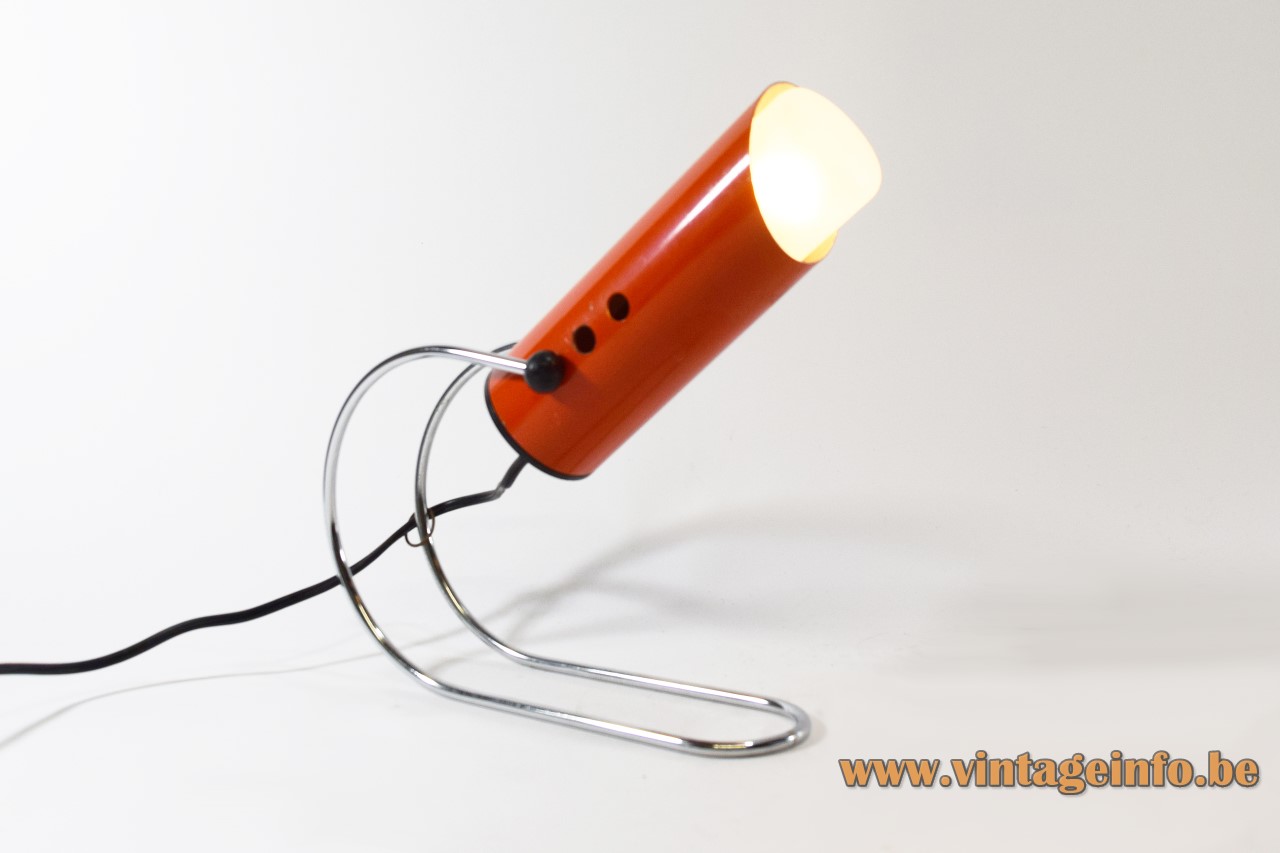 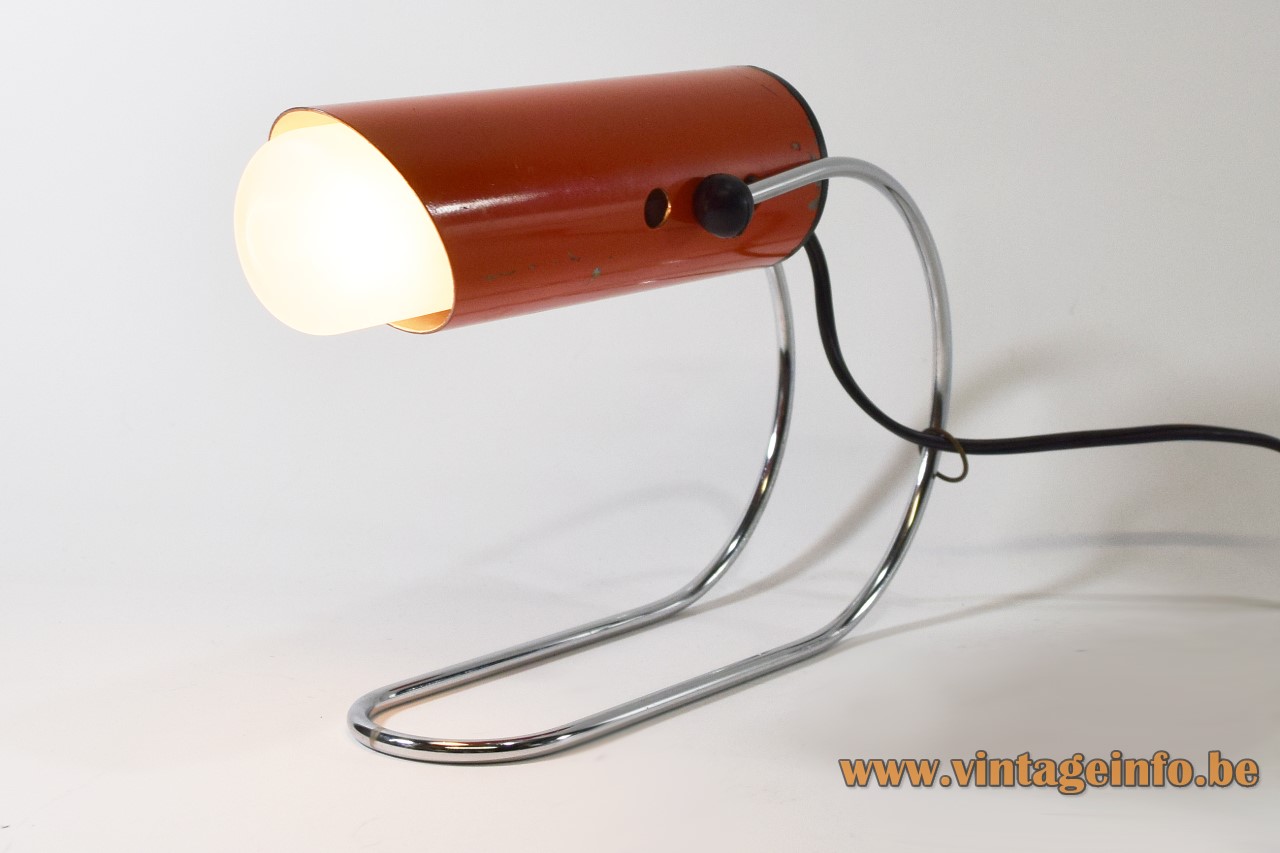 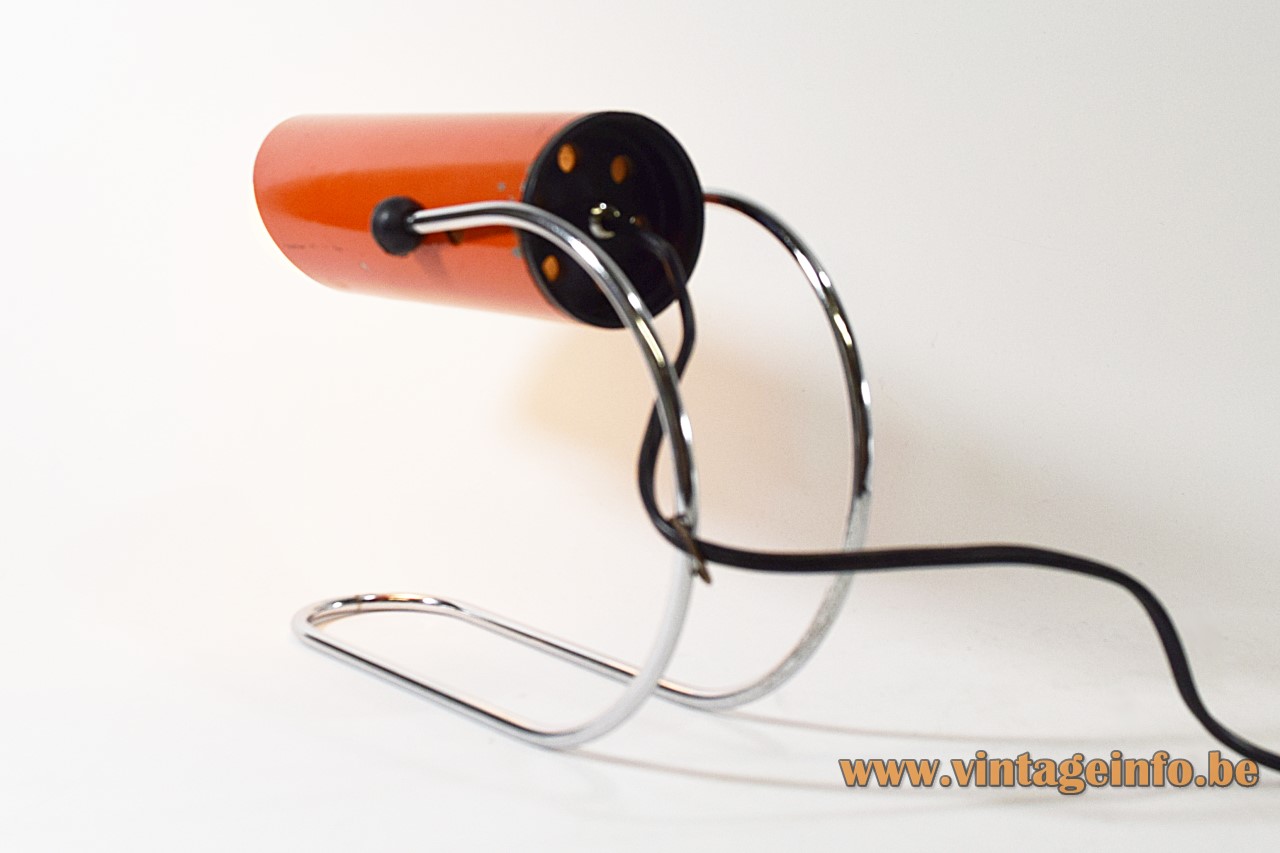 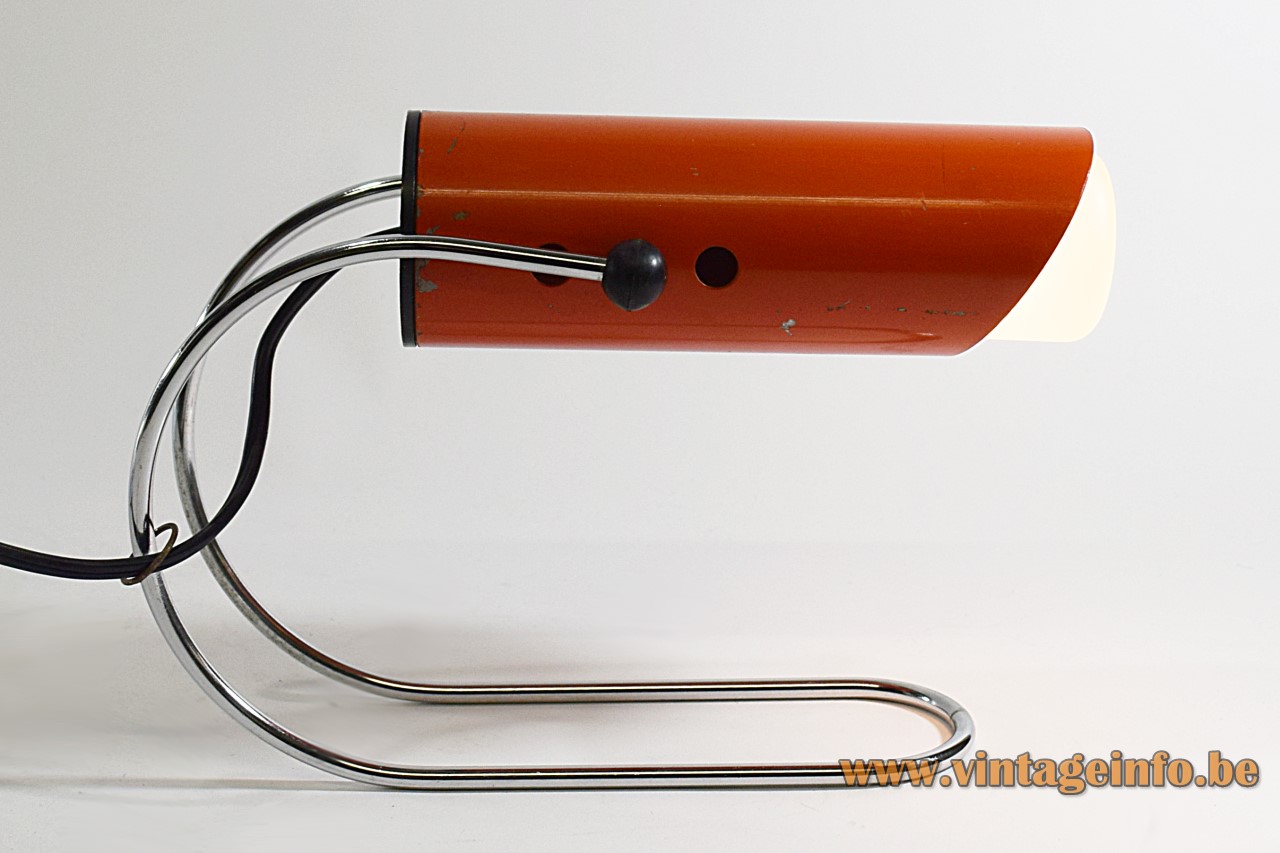 Electricity: 1 bulb E14, 1 x 60 watt maximum, 110/220 volt.
Any type of light bulb can be used, not a specific one preferred.
For this setup a tubular light bulb made by Neolamp, Italy was used. The name of the bulb is Sirio. More info about this bulb can be found over here, on Vintageinfo.

Other versions: This 1960s tube table lamp exists in several colours. The presumably early version of this lamp has a round metal back, as you can see.

Also a square version exists with the same rubber ball mechanisme with the name Targetti Sankey pressed in the black plastic back.

This lamp has a black plastic back and a switch designed in 1968 by Achille Castiglioni. So it is in all probability from the 1970s. The lamps with the round back have an older switch, also made by VLM Components.

The wiring, plug, switch and socket are Italian and they are made by VLM Components from Buccinasco near Milan in the early 70’s. The company became famous for the switches they produce since 1968, designed by Achille Castiglioni. You can find them over here. This 1960s tube table lamp is equipped with a black model 450 switch. 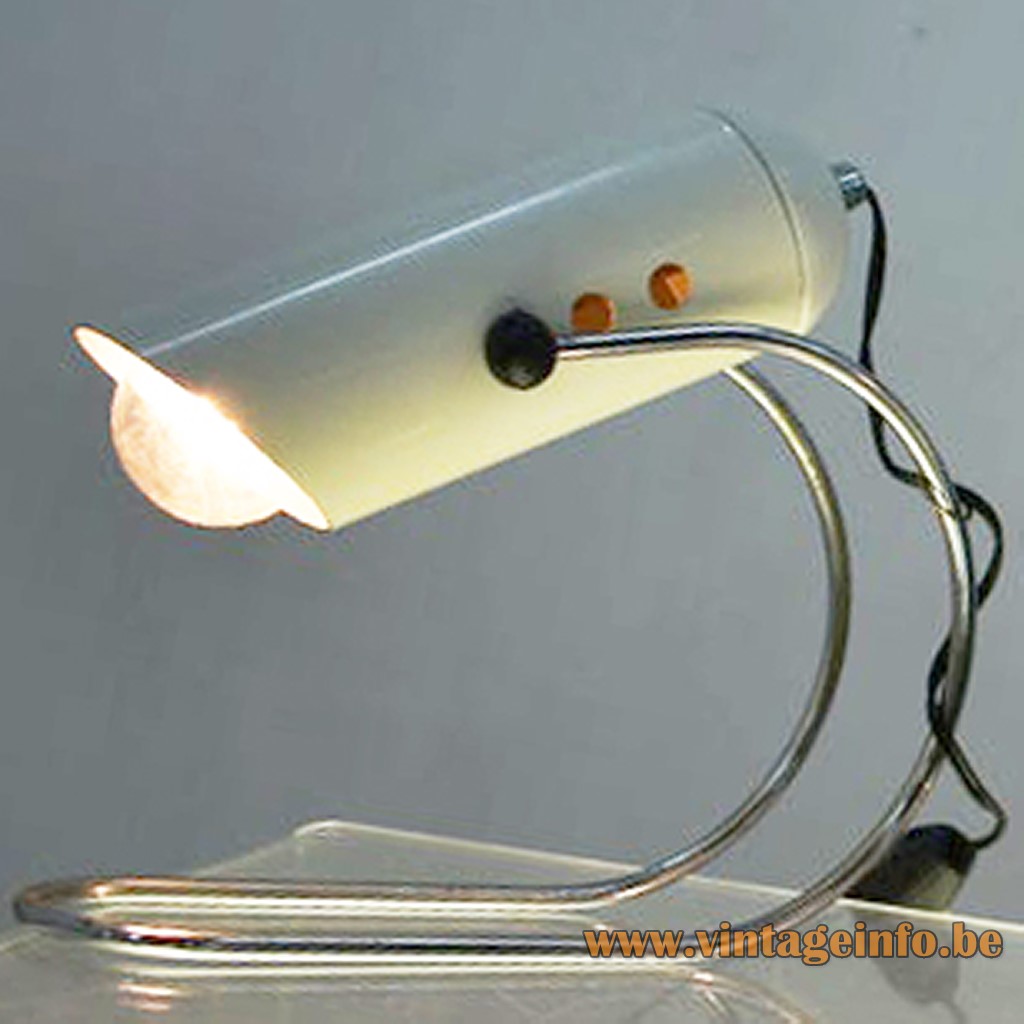 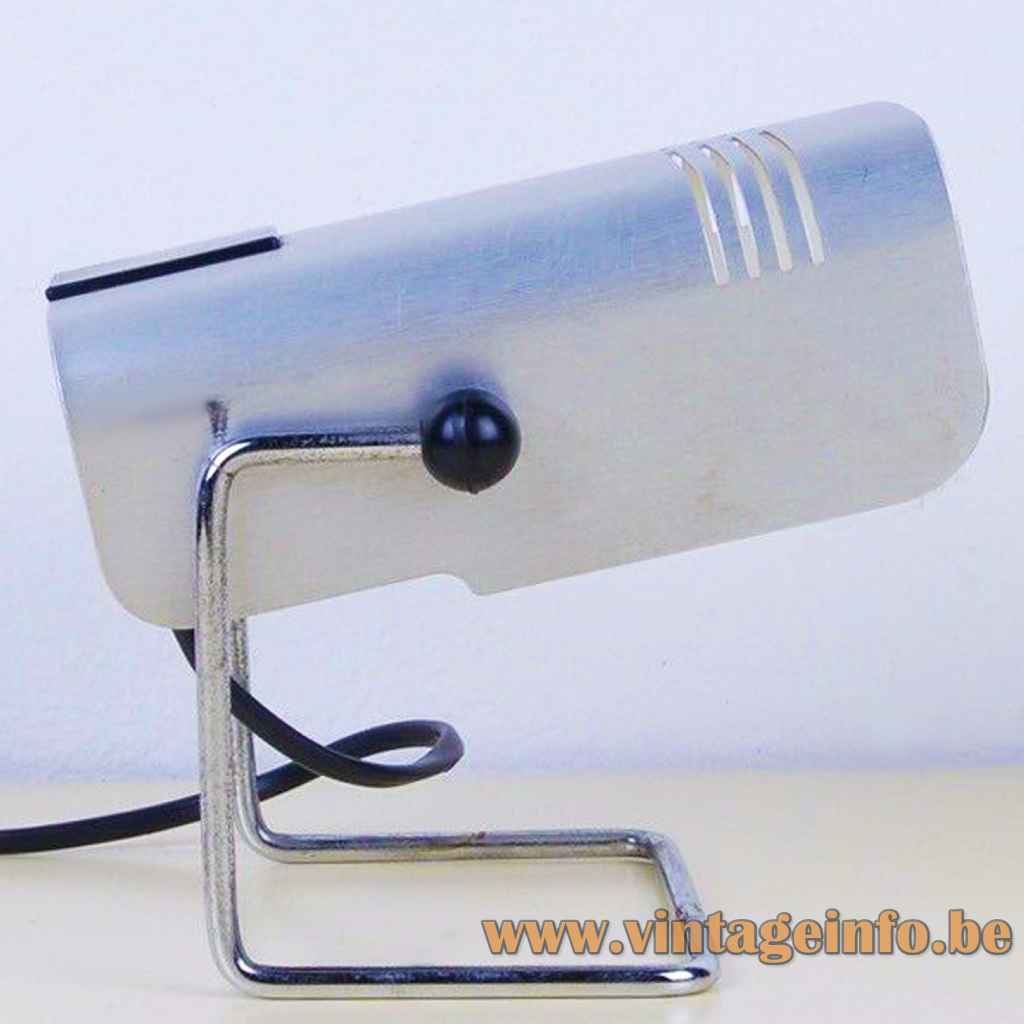