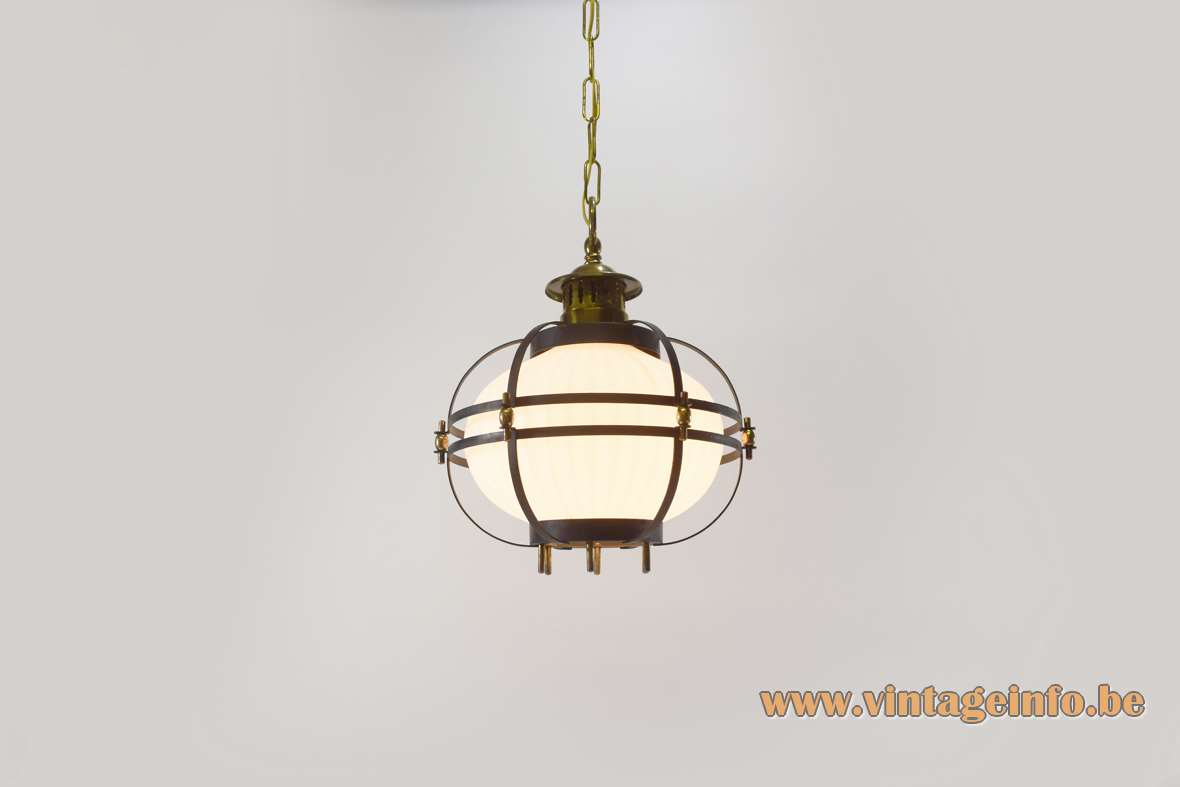 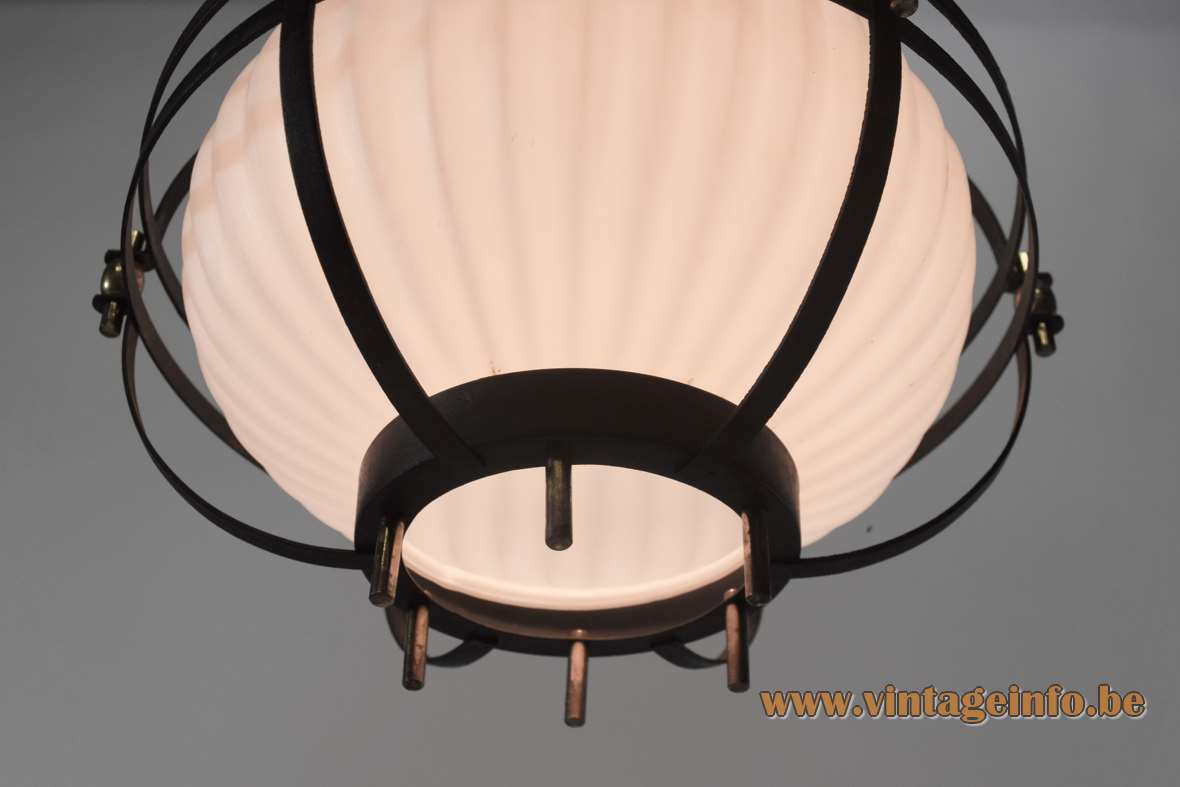 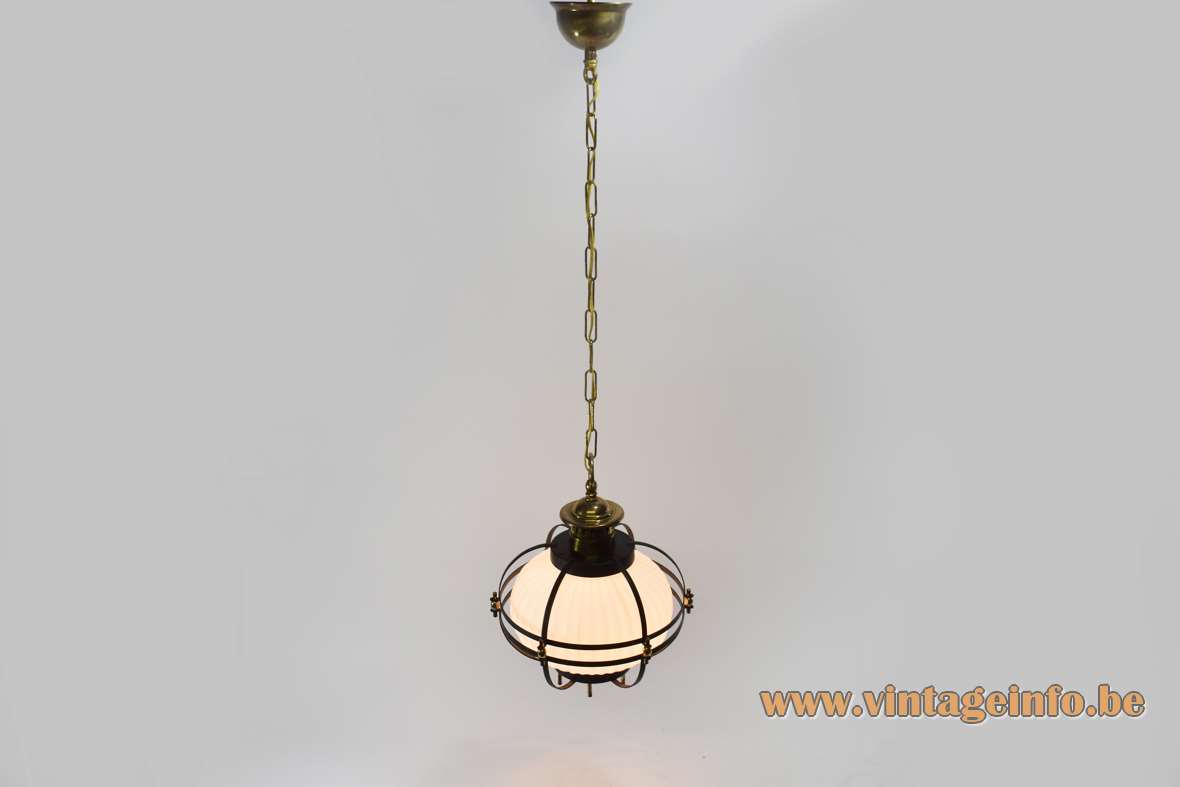 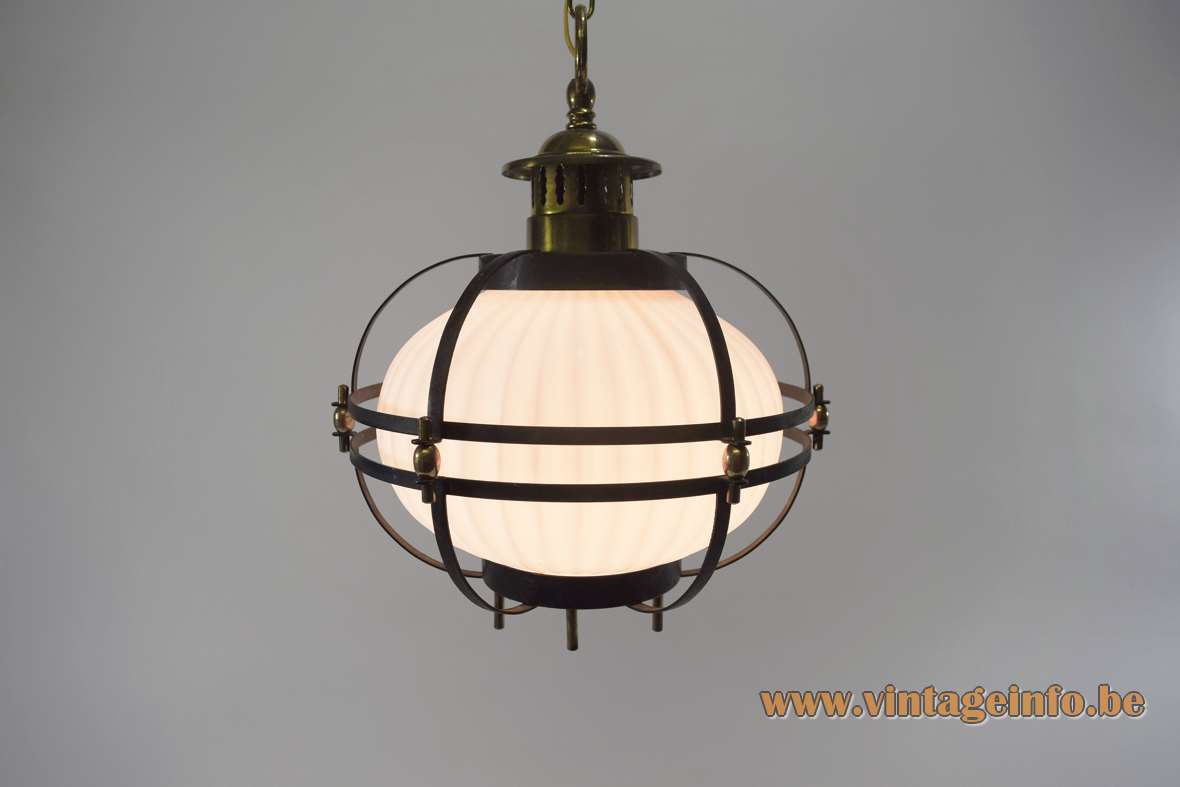 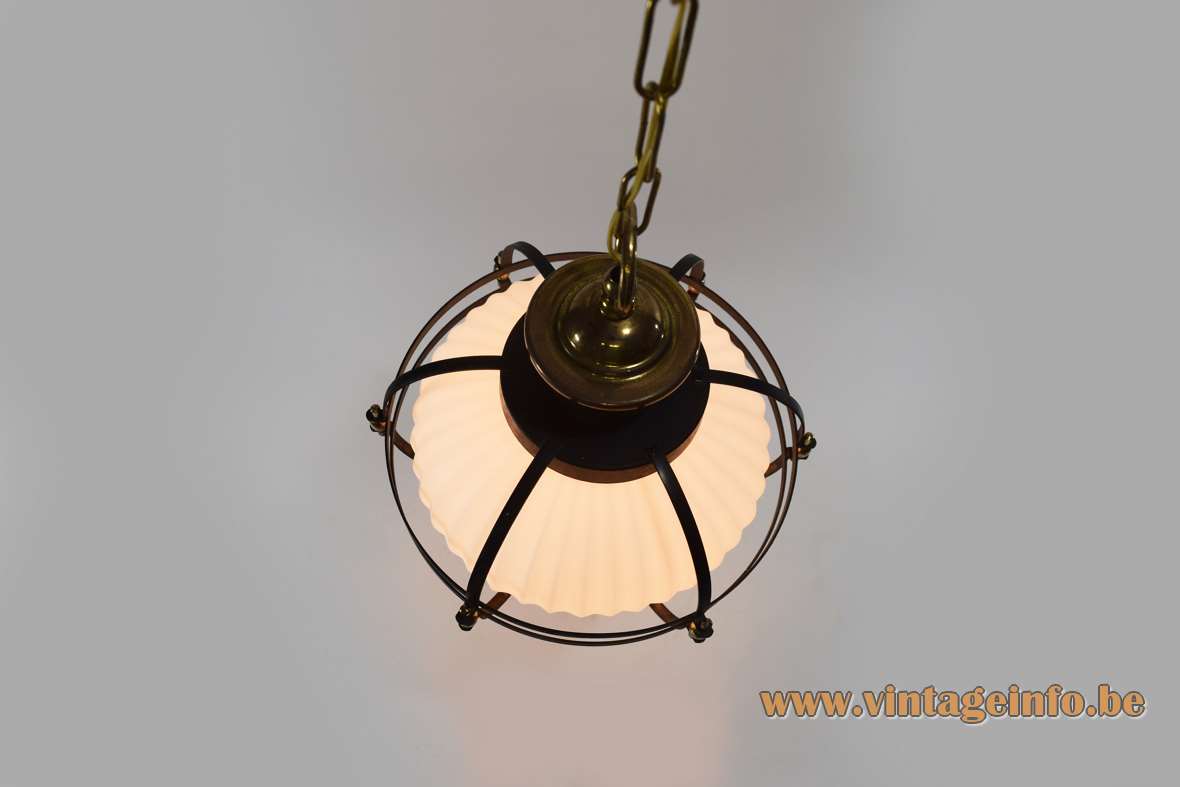 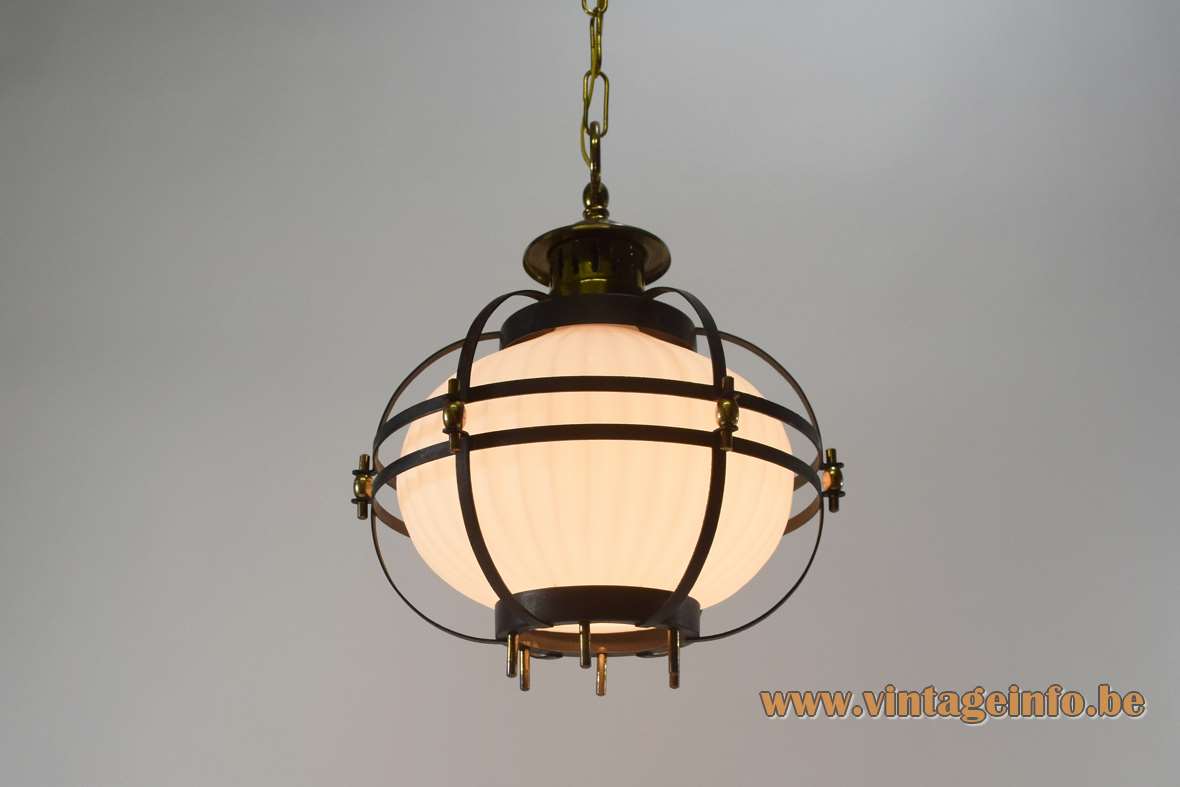 Other versions: In all probability this 1950s ribbed glass pendant lamp was made in several variations. The glass was used for many other lamps. A tripod table lamp can be found over here.