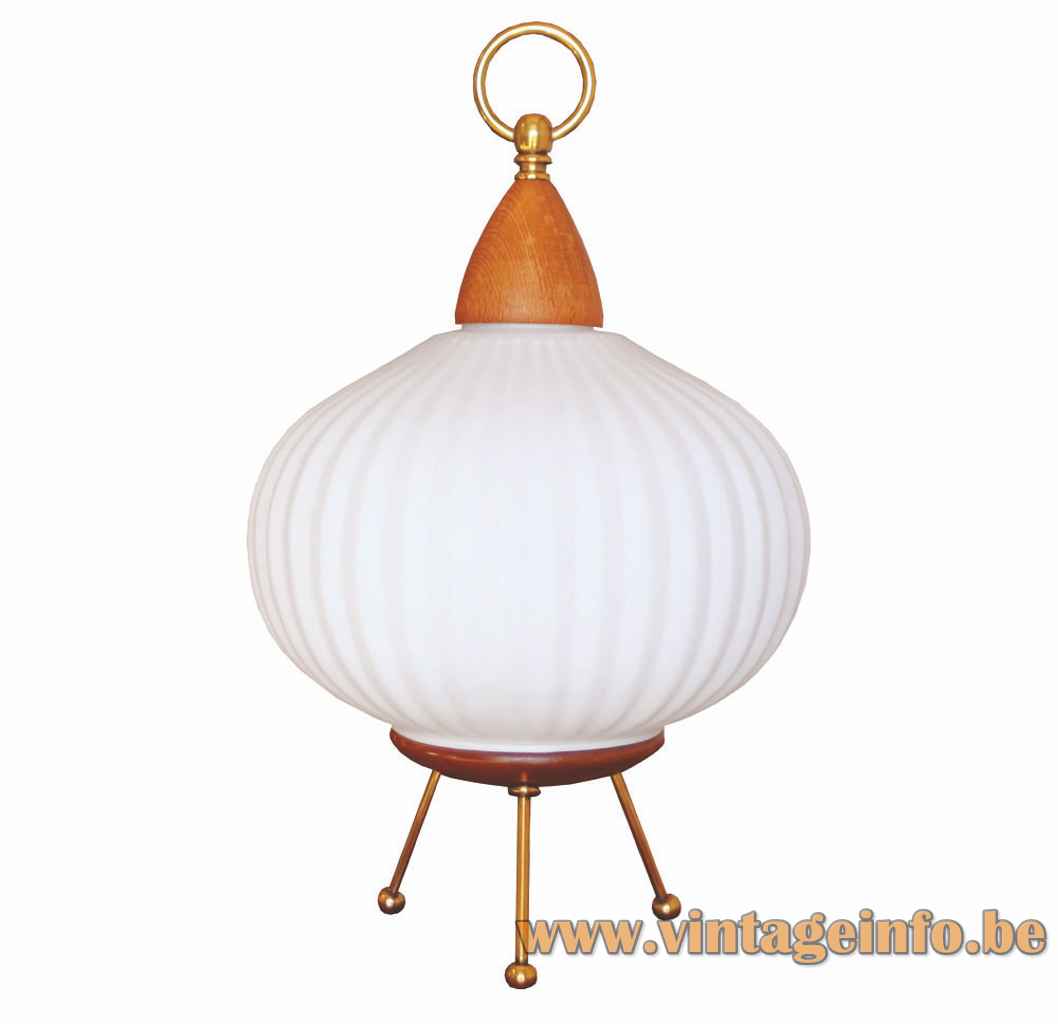 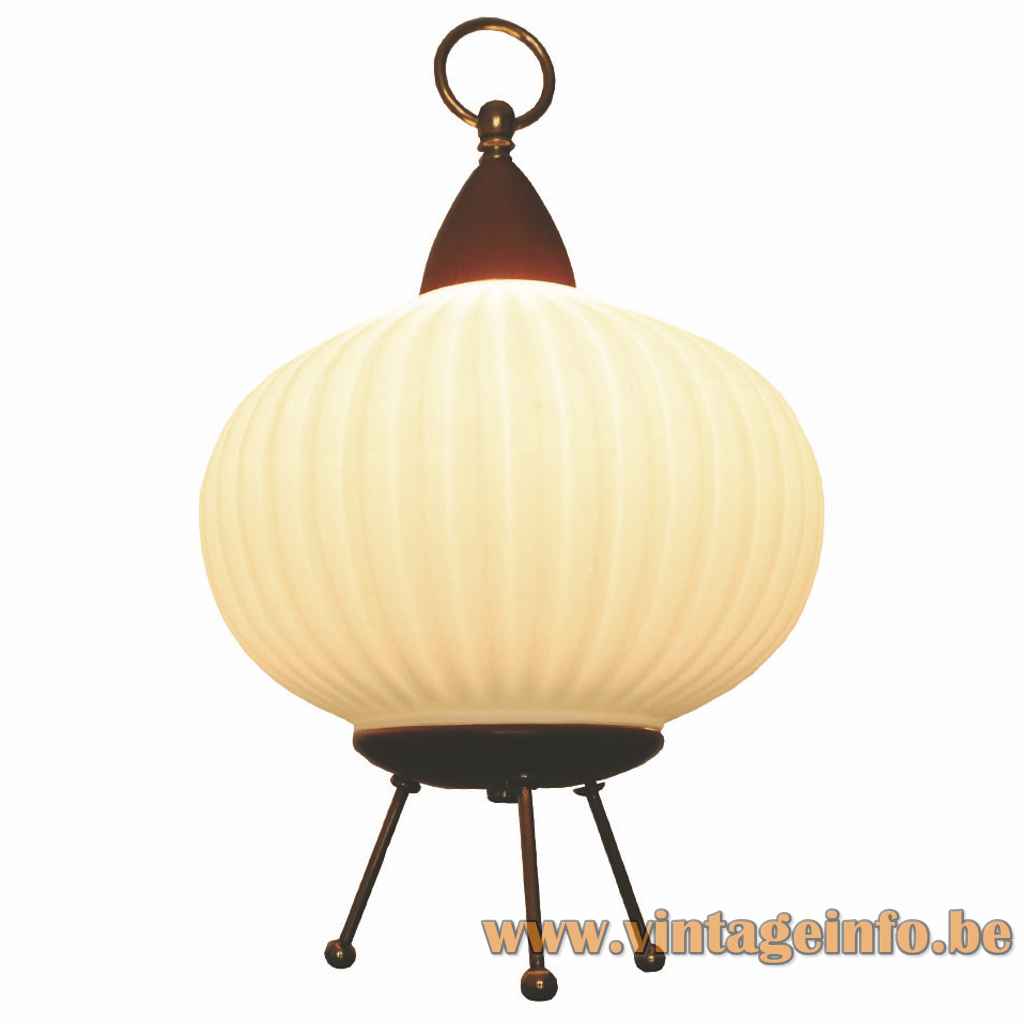 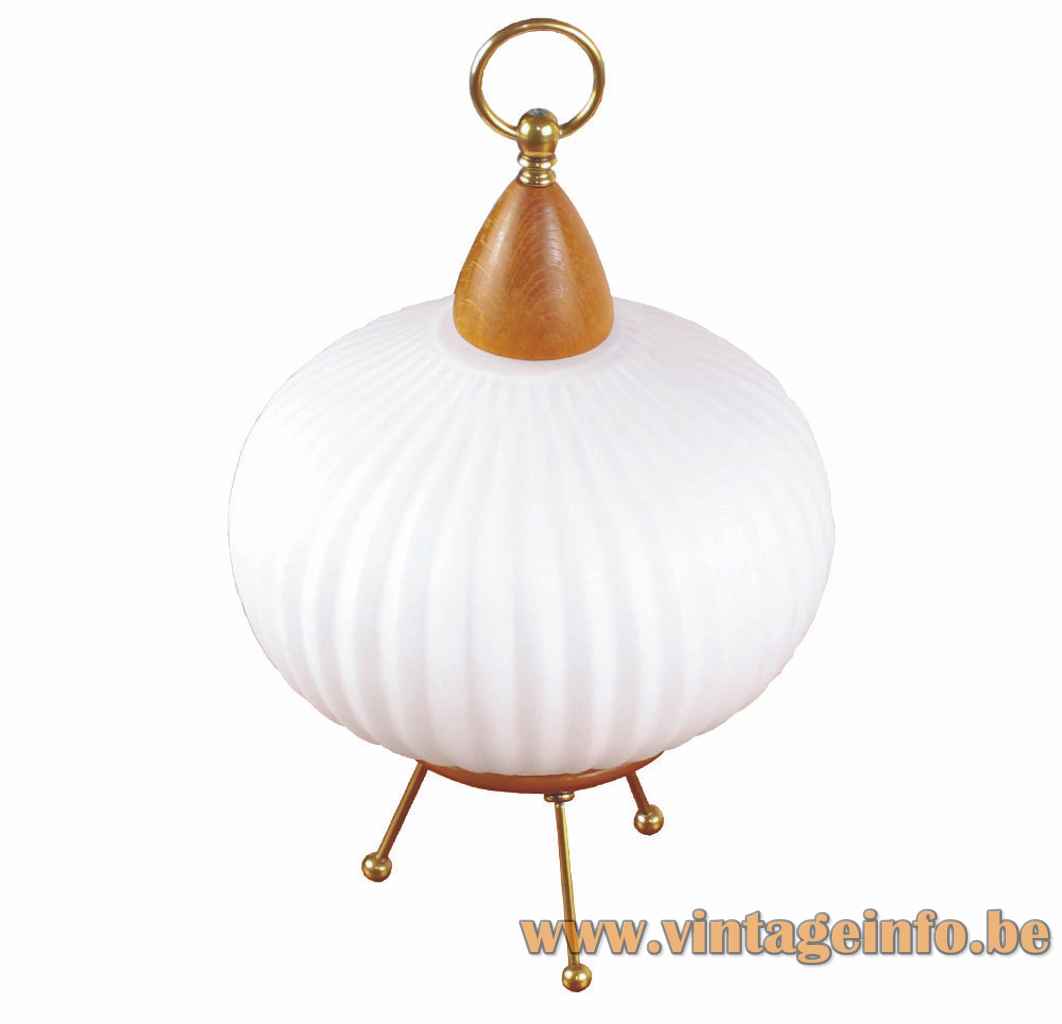 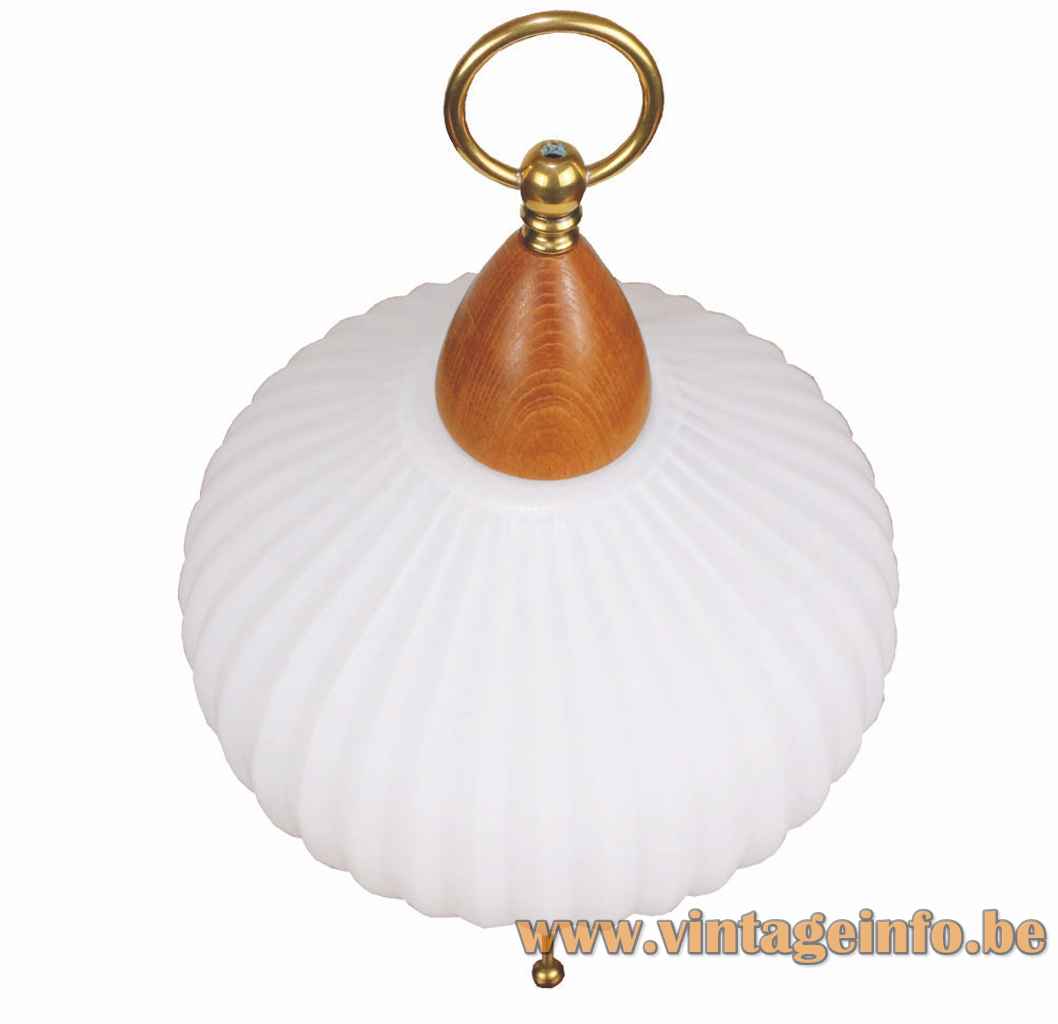 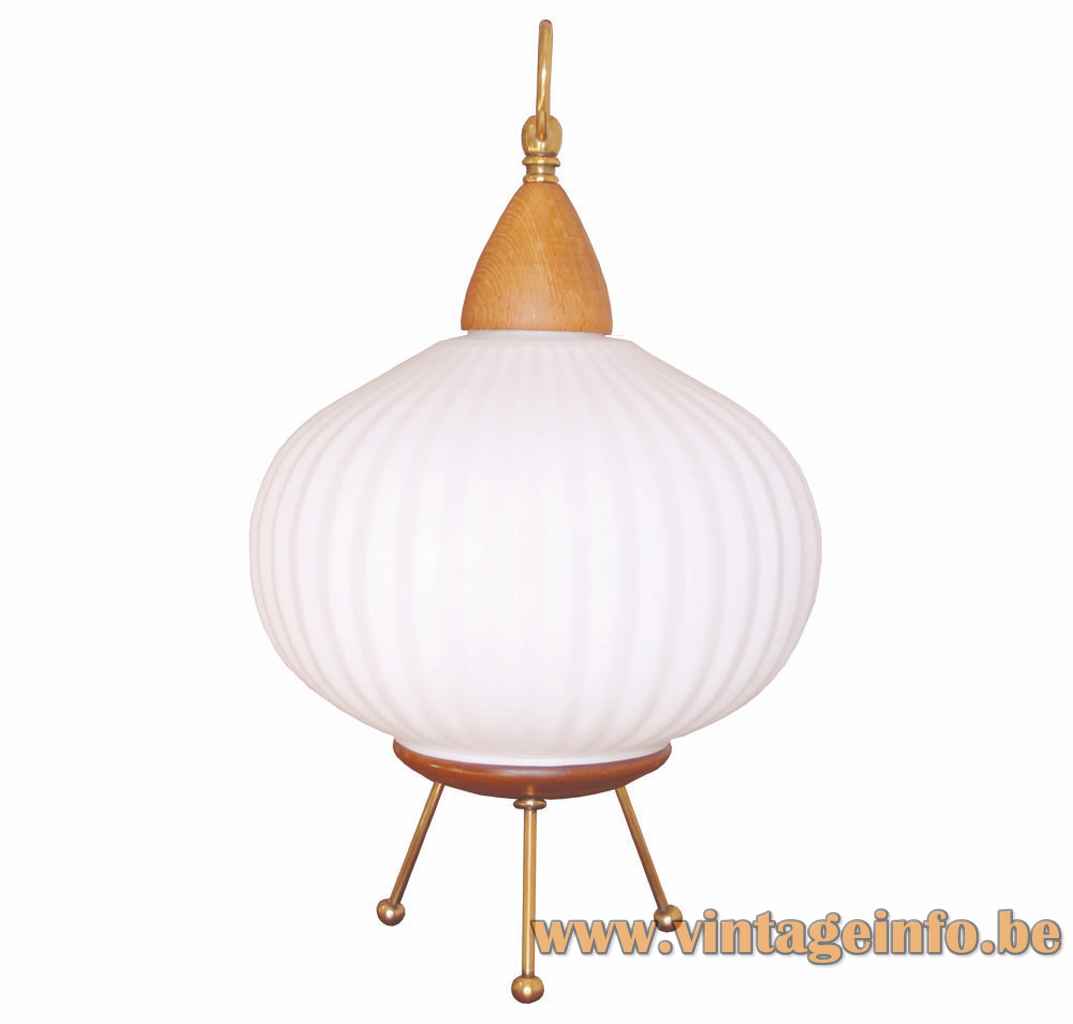 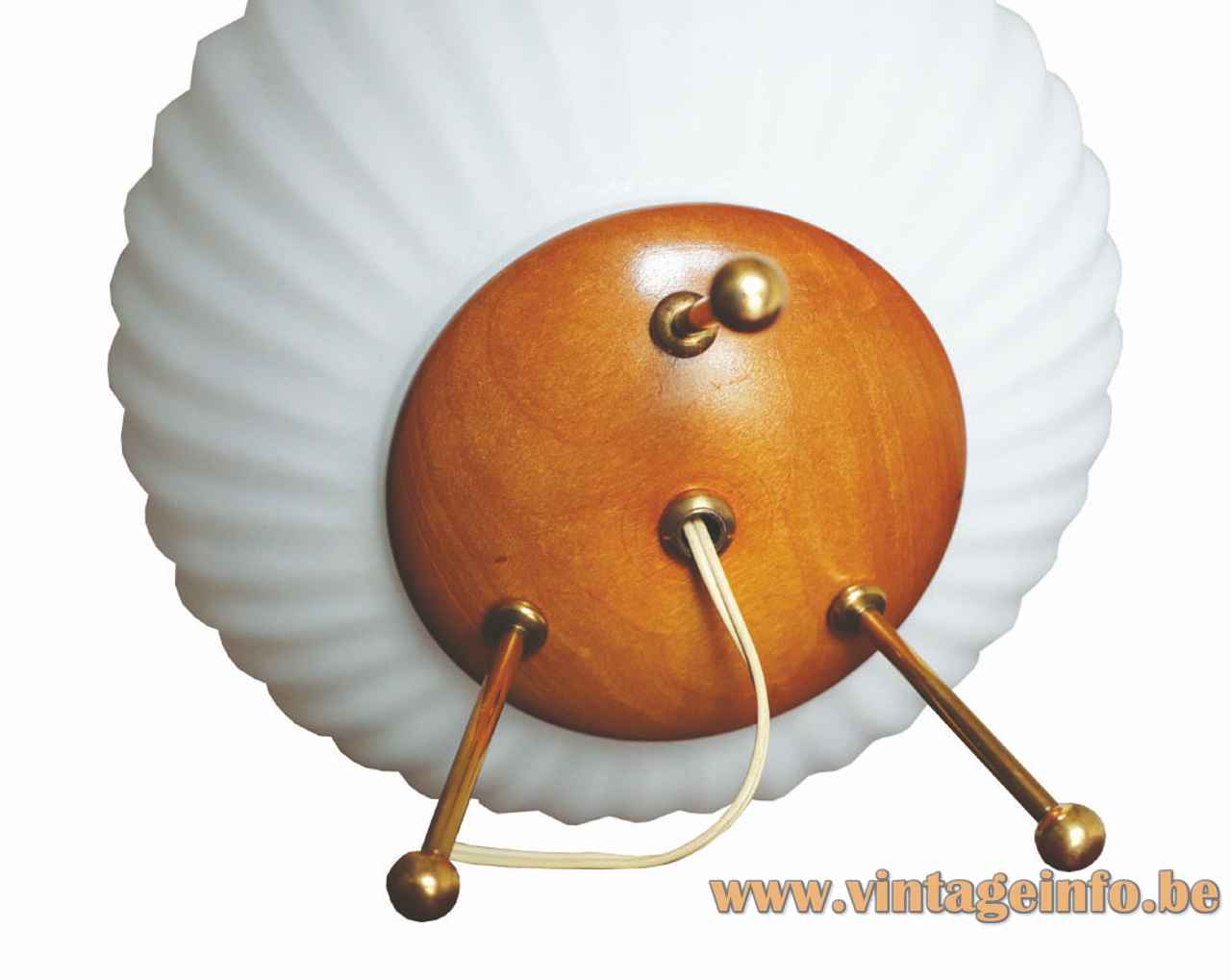 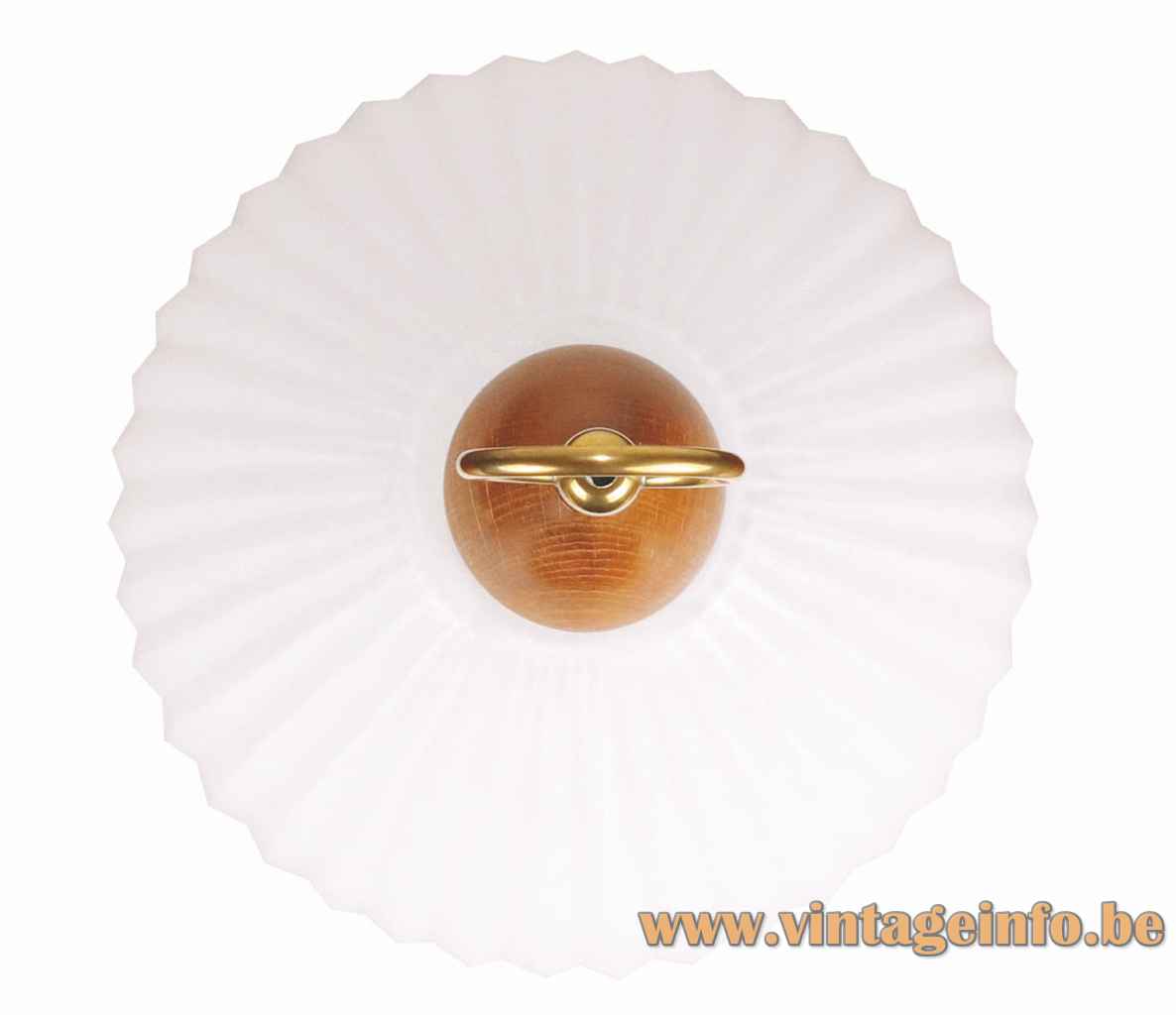 Other versions: This Massive tripod table lamp exists in a few variations. The glass globe was used for several other lamps. A pendant lamp can be found here. According to a 1960s Massive catalogue this lamp is model 12334. 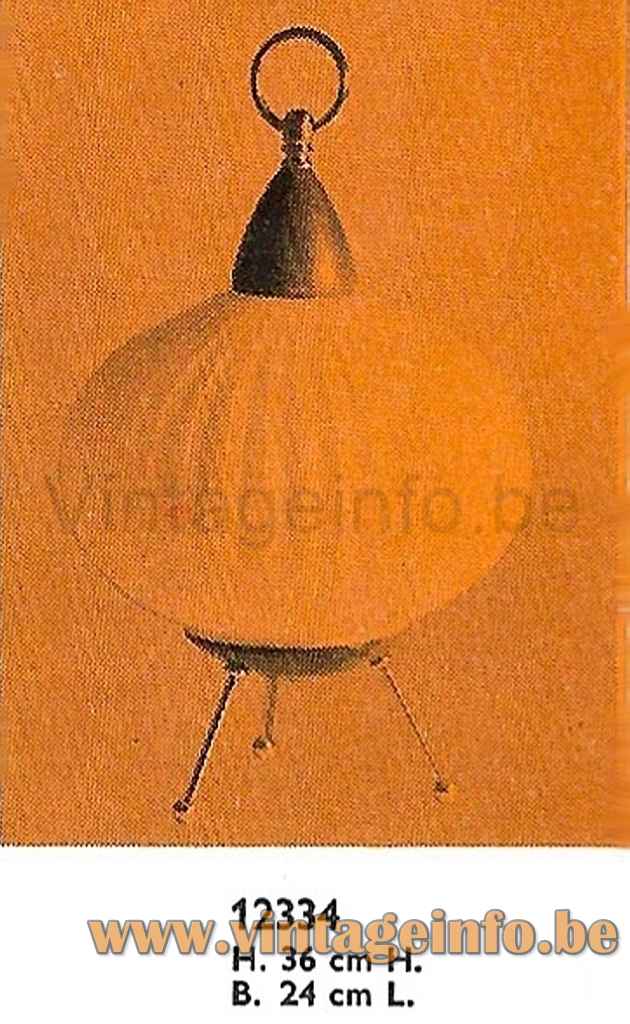 Many thanks to Marius from FF. Mid-Century Design for the beautiful pictures and the enthusiasm. You can find his website over here.
Many thanks to Bart for the catalogue picture.