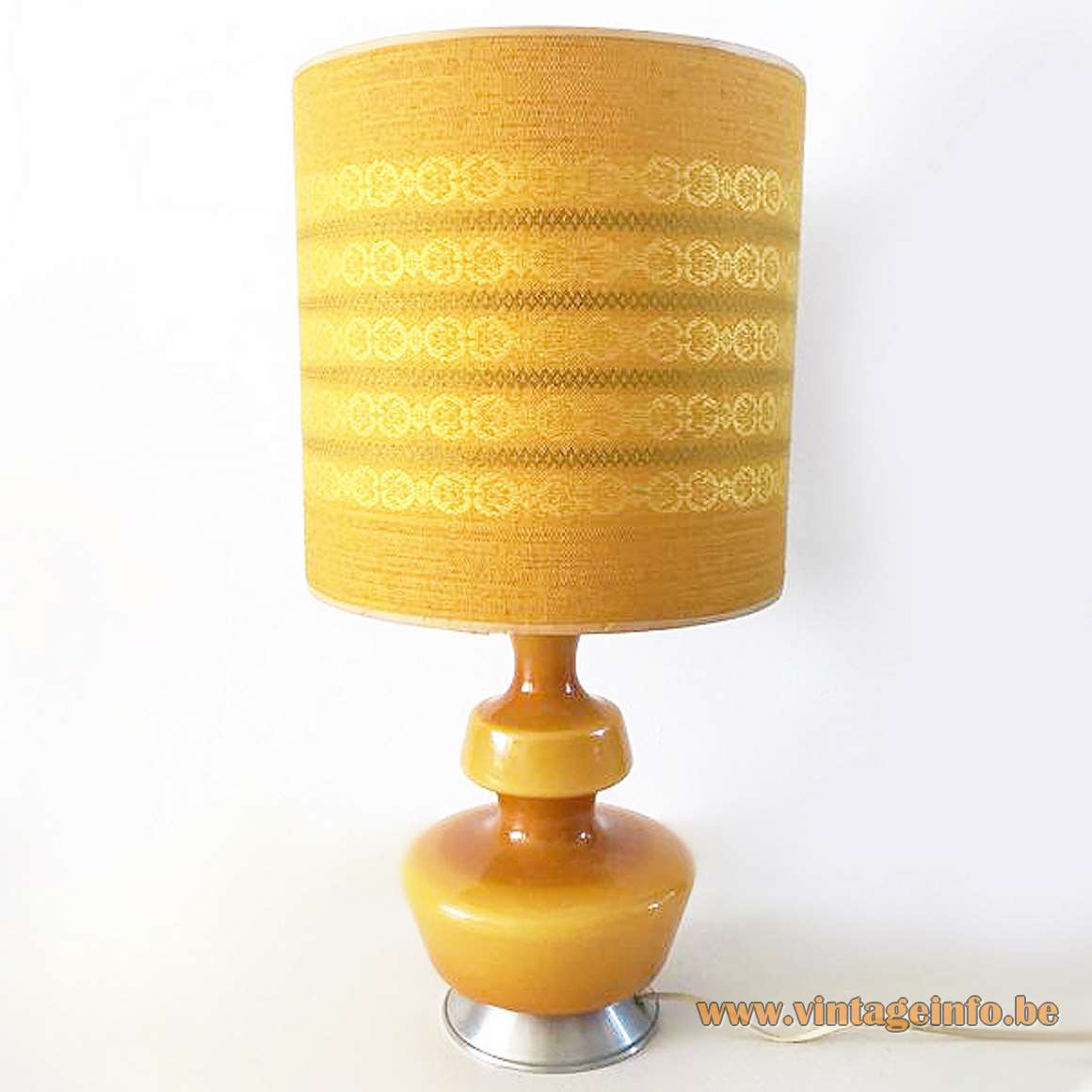 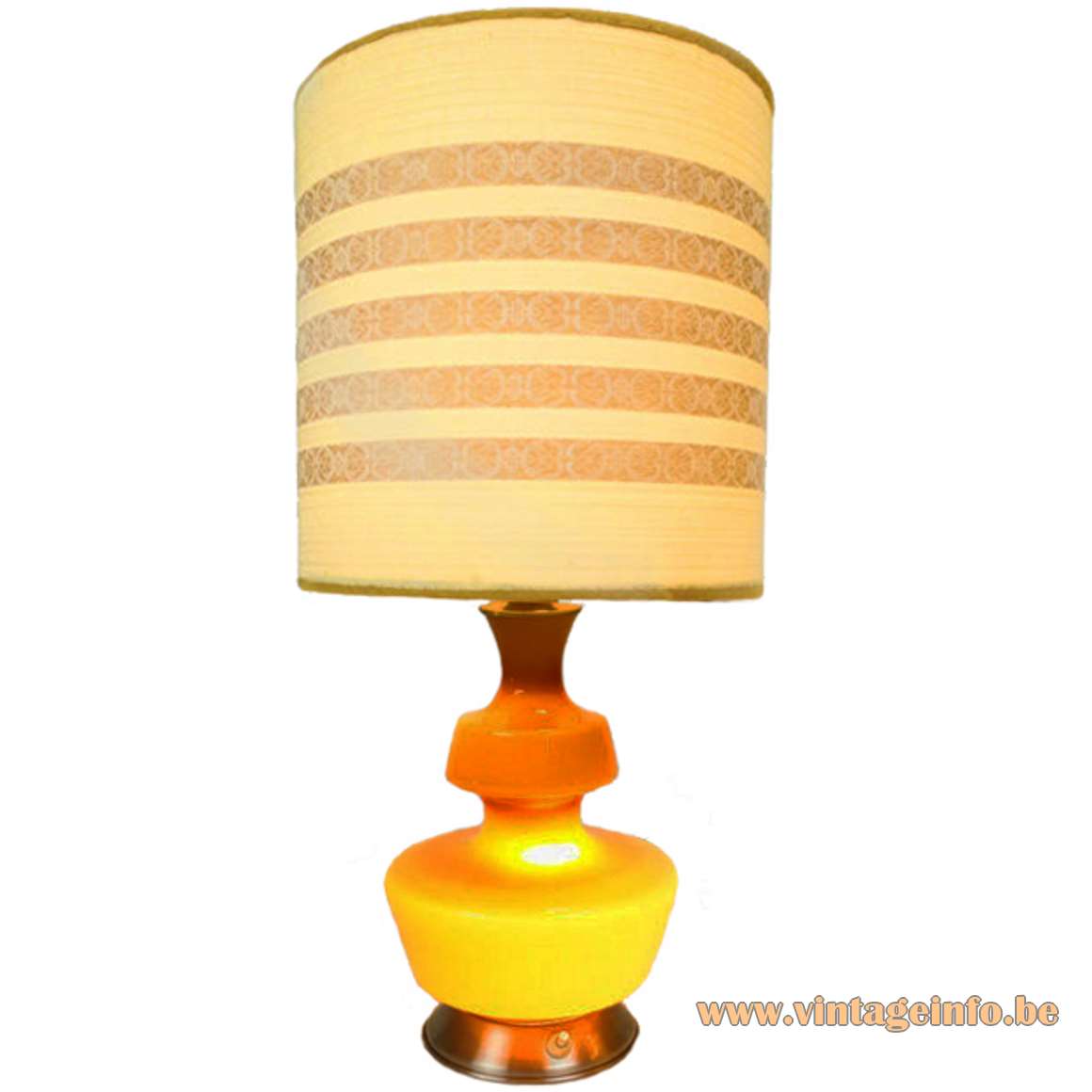 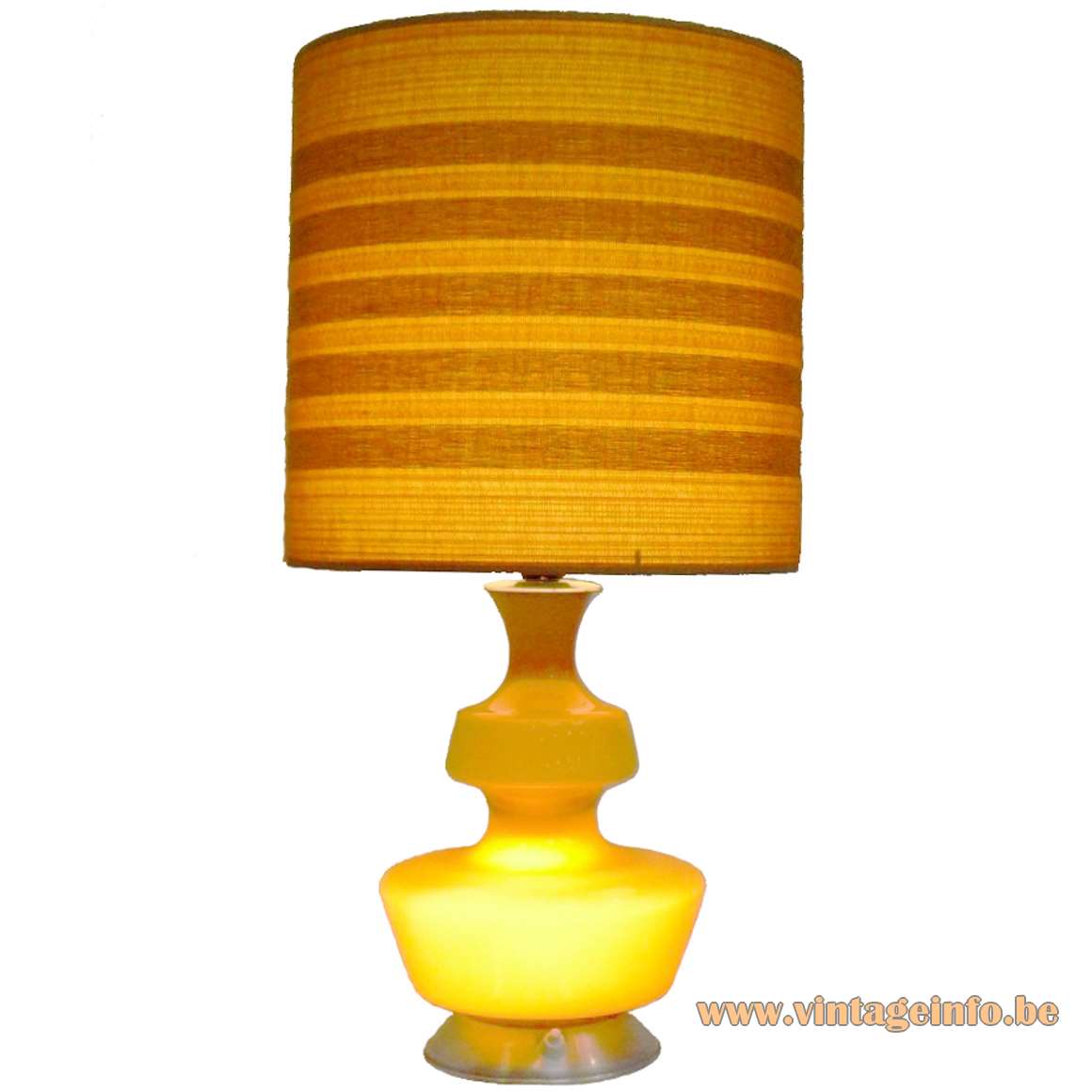 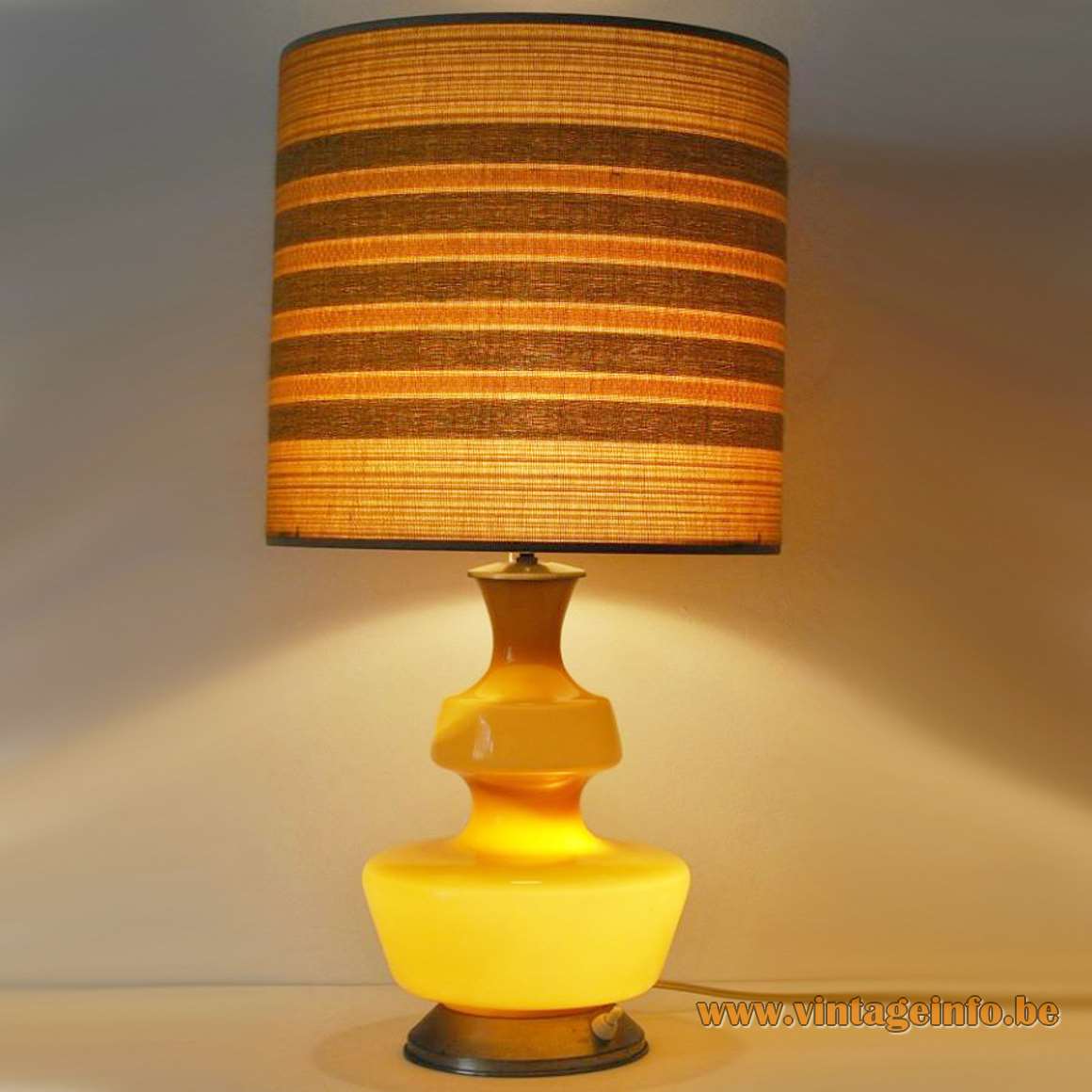 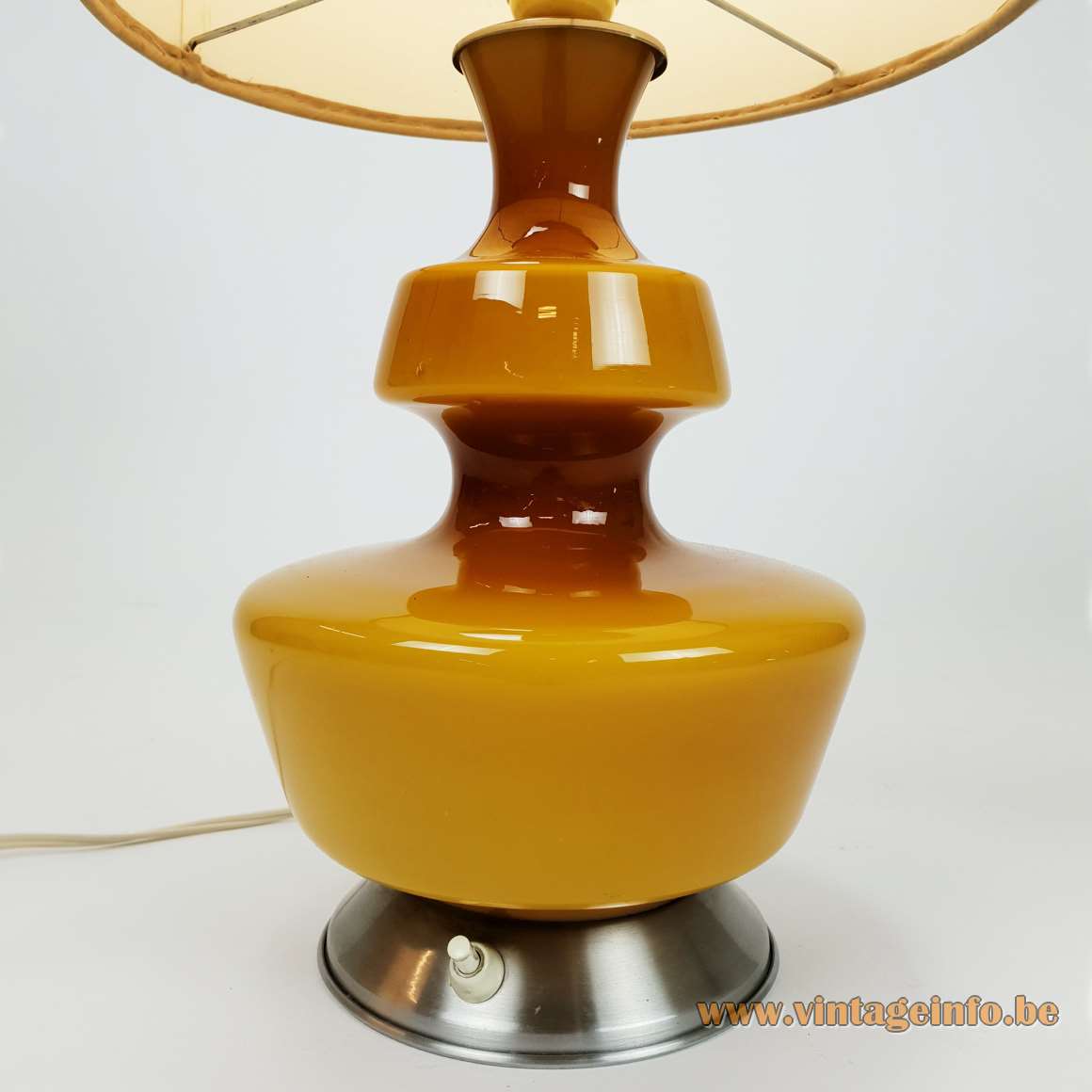 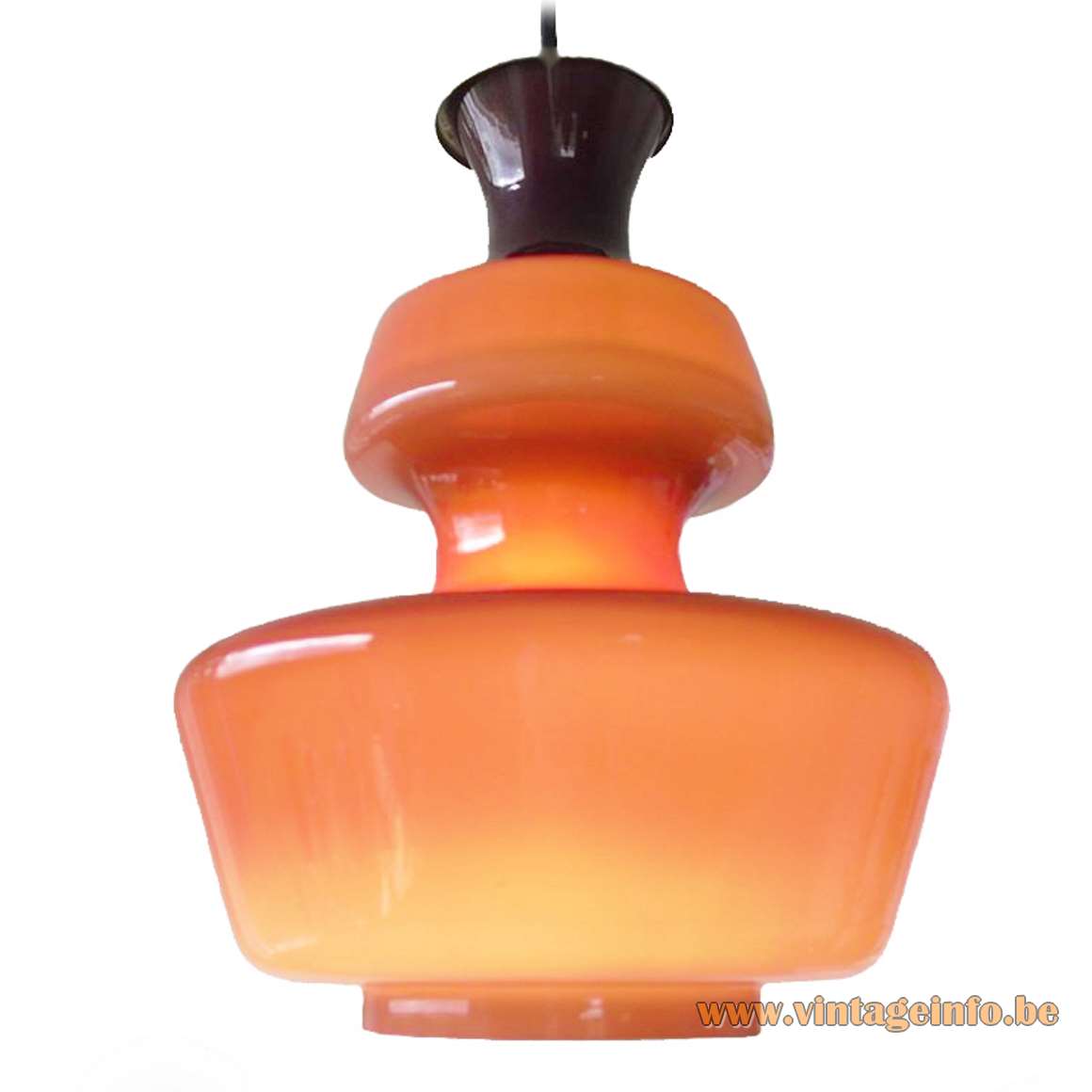 Many thanks to Fons Vandervaeren for the enlightening information and the catalogue picture. His grandfather Alfred Moens was one of the founders of De Rupel. You can find his website about De Rupel over here.

First of all, this lamp is not made by Holmegaard from Denmark!

Other versions: Made in a few colours and in clear glass. All with a matching tubular striped fabric lampshade. Also made as a pendant lamp. Inside the base is a light bulb, it can be switched on independently. Table lamps were also produced with only 1 light bulb.


Since 2008 the company is owned by Philips and the name of the shops is changed into Light Gallery. 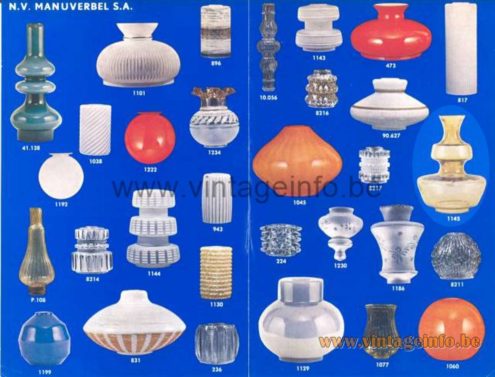