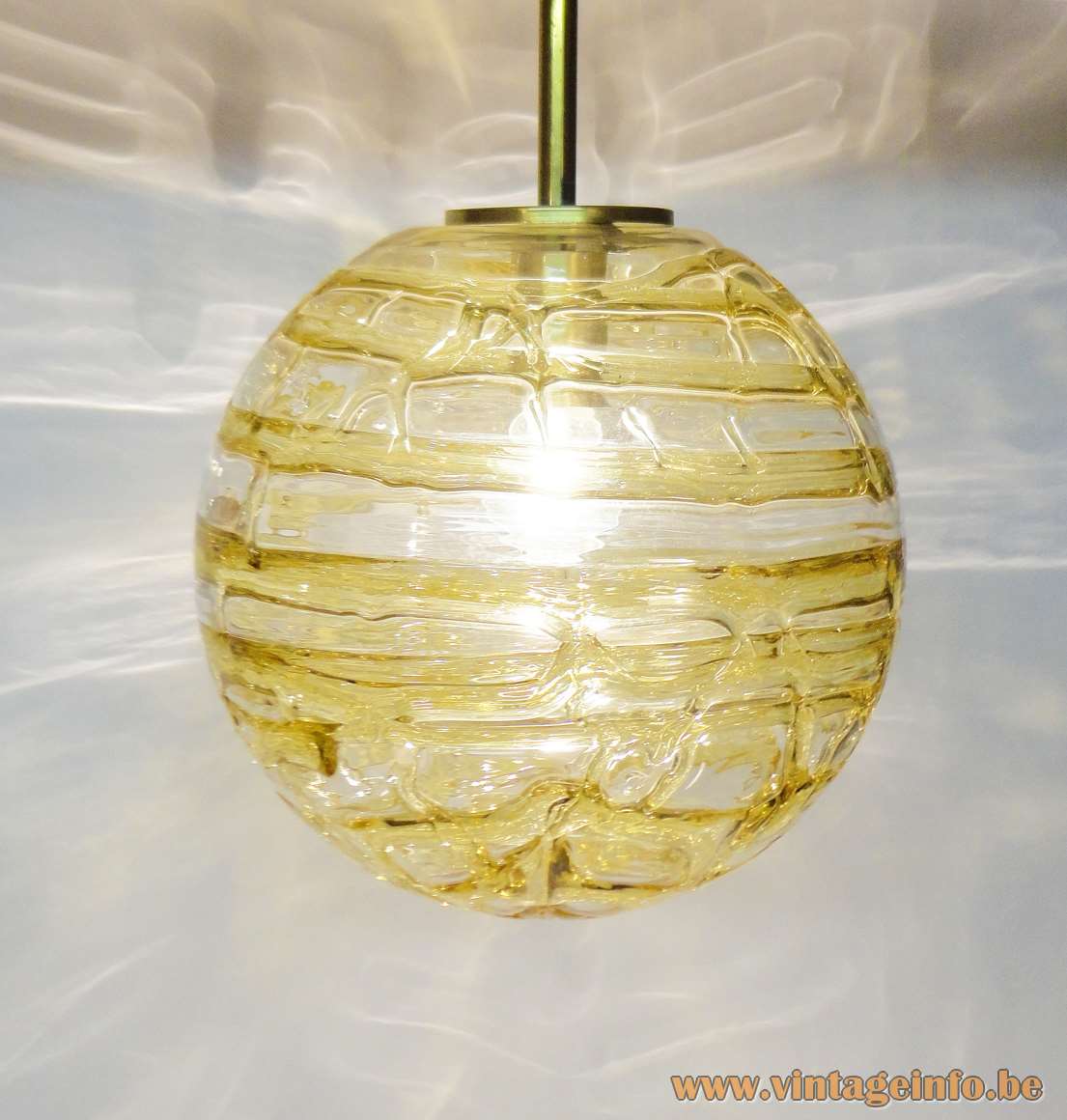 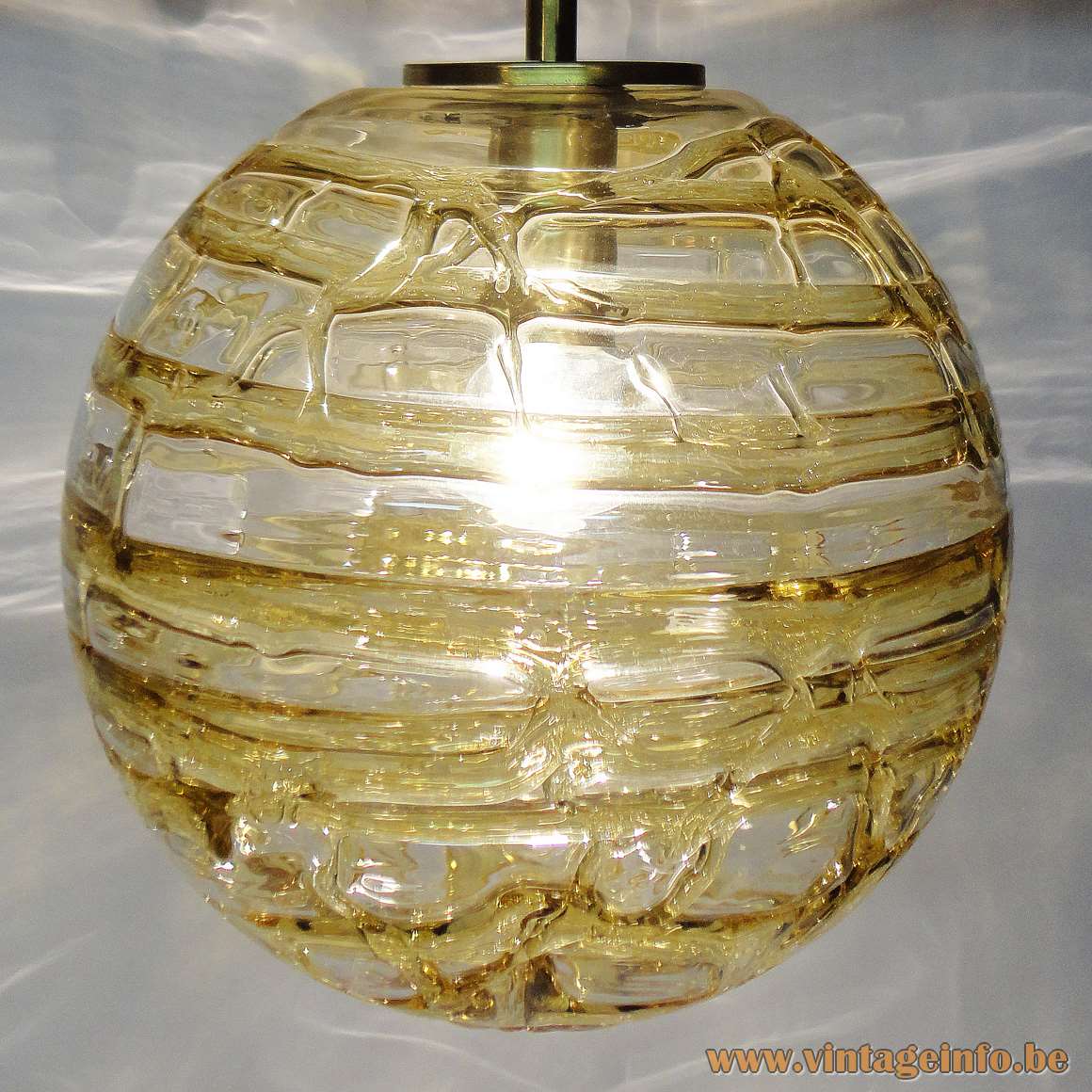 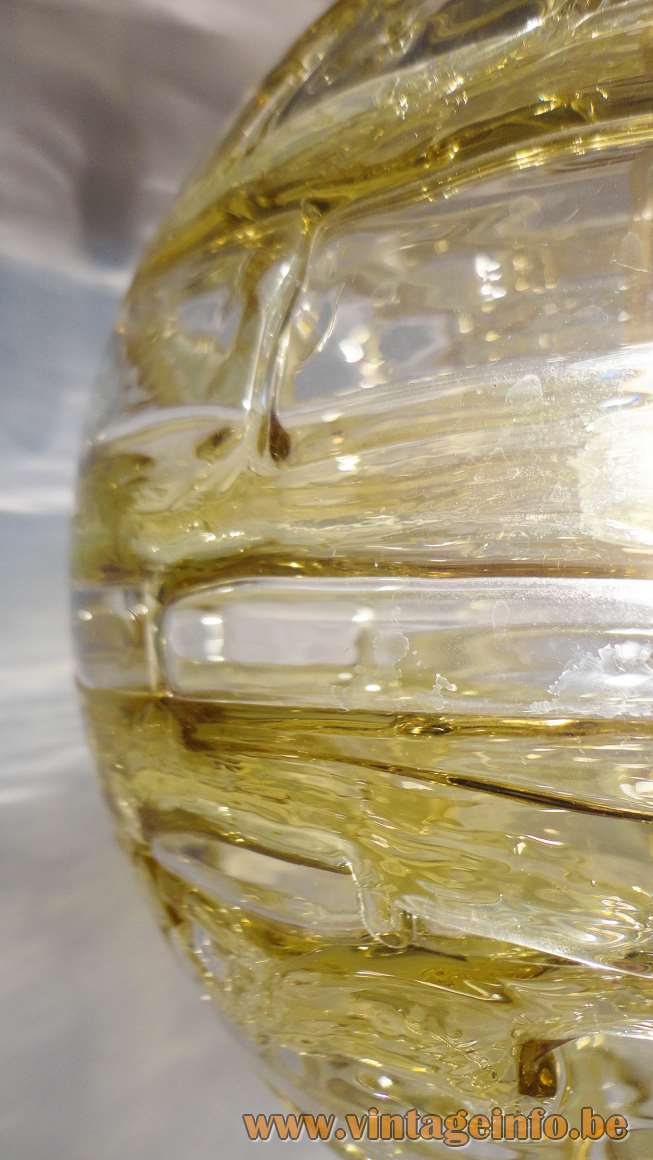 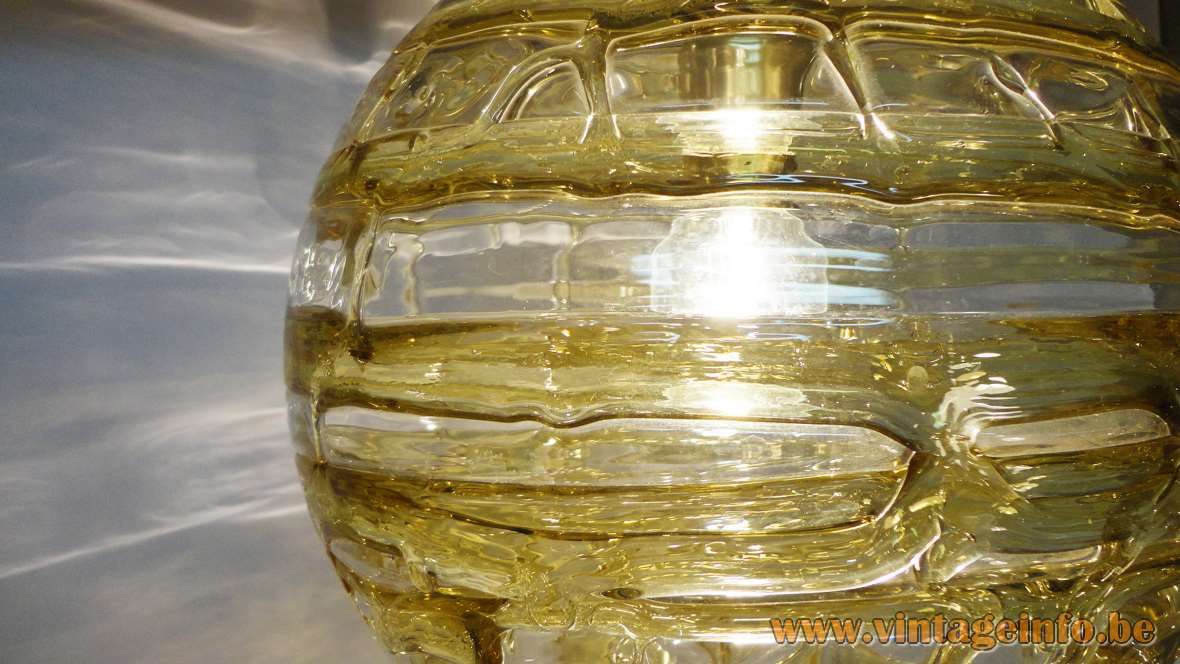 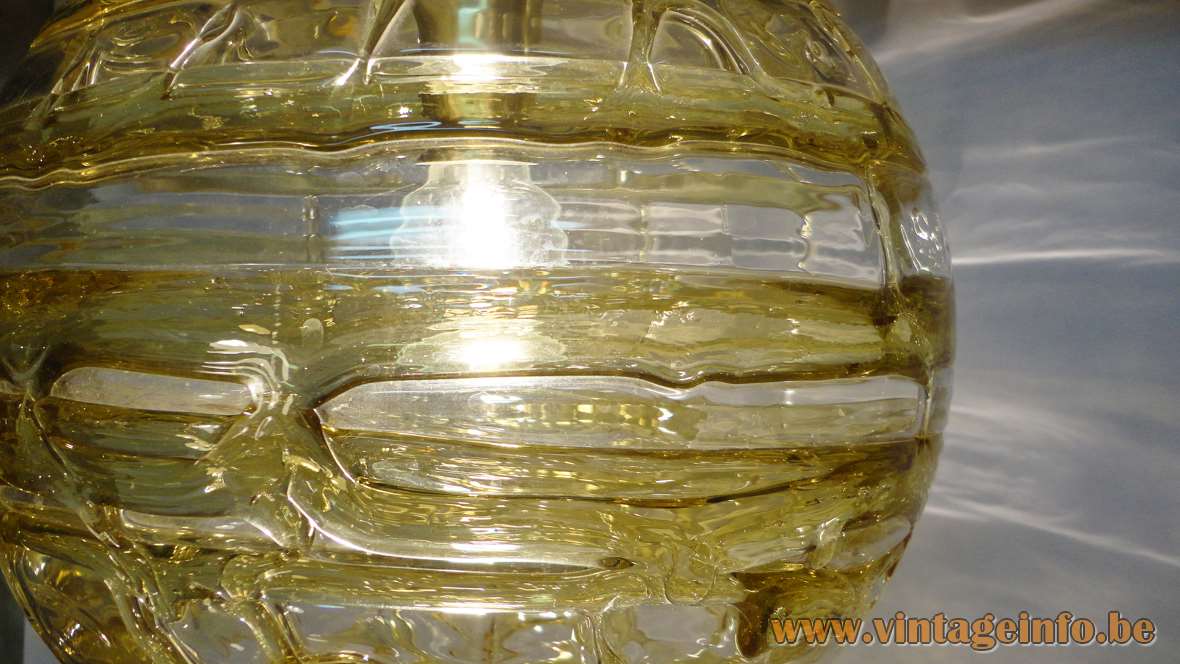 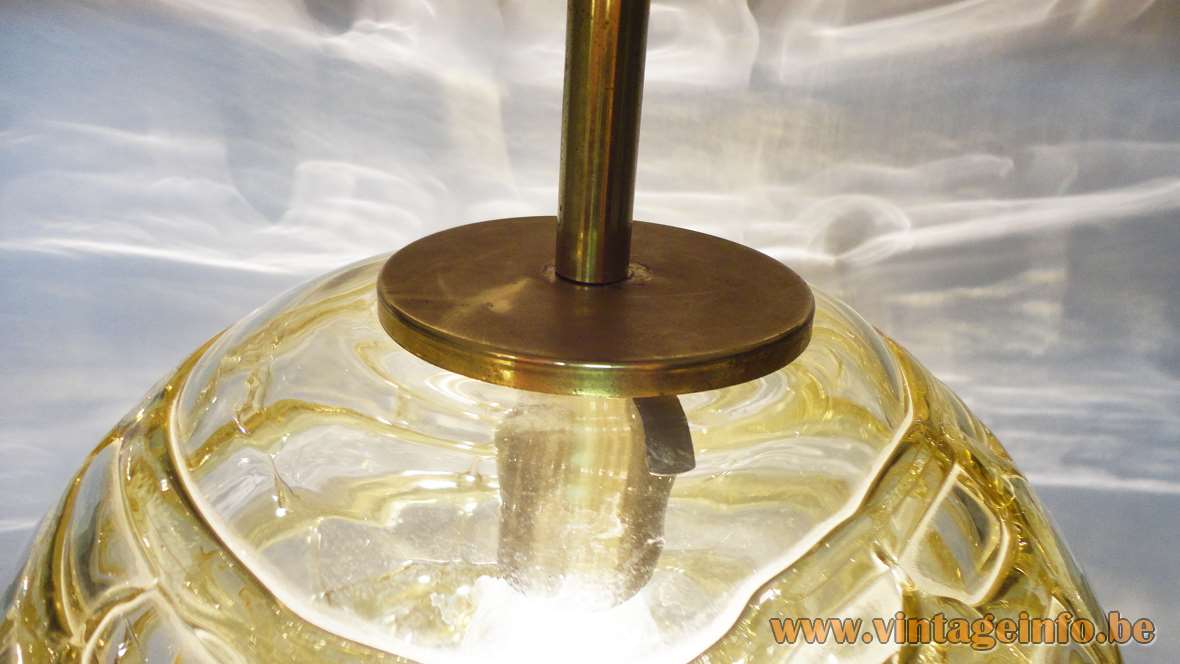 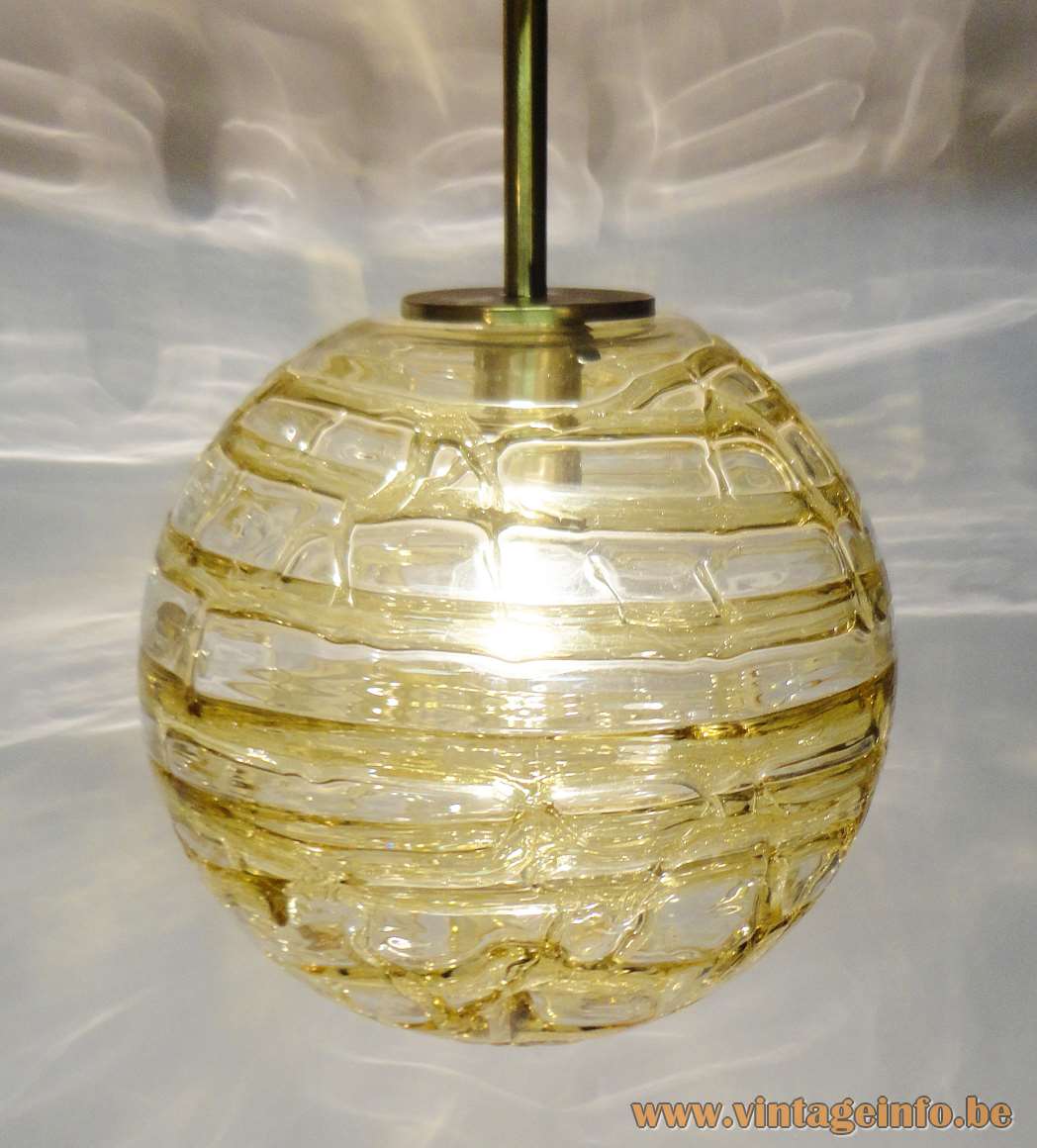 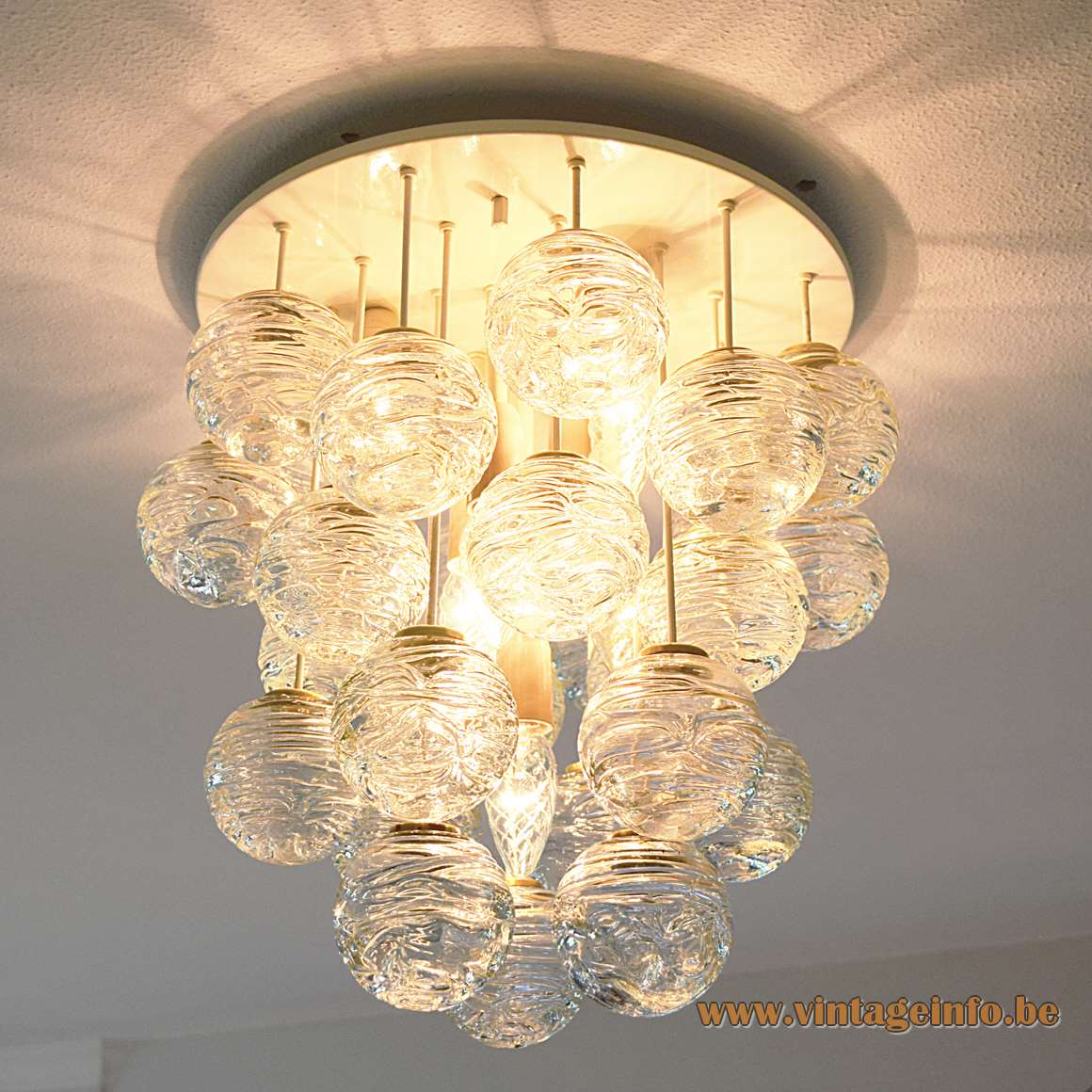 Other versions: This DORIA glass globe pendant lamp exists in many forms and sizes. The small glass balls are used for flush mounts, wall lamps, sputnik chandeliers, even as a table lamp. The big version (like this one) exists in several sizes and was also made with a brass bar instead of a cord.

These lamps, all with similar crystal glass were a big success for the company and were produced during the 60’s and 70’s. The glass balls were not only produced in amber and clear glass, but also completely in clear glass as you can see below. Other versions: dark amber glass, red, white and so on.

Very similar lamps as this DORIA glass globe pendant lamp are in production today (2019) by the Italian brand Leucos. The pendant lamp is named Sibilla. It is a design by Crepax & Zanon. The Sibilla on Google Images – Link opens in a new window.