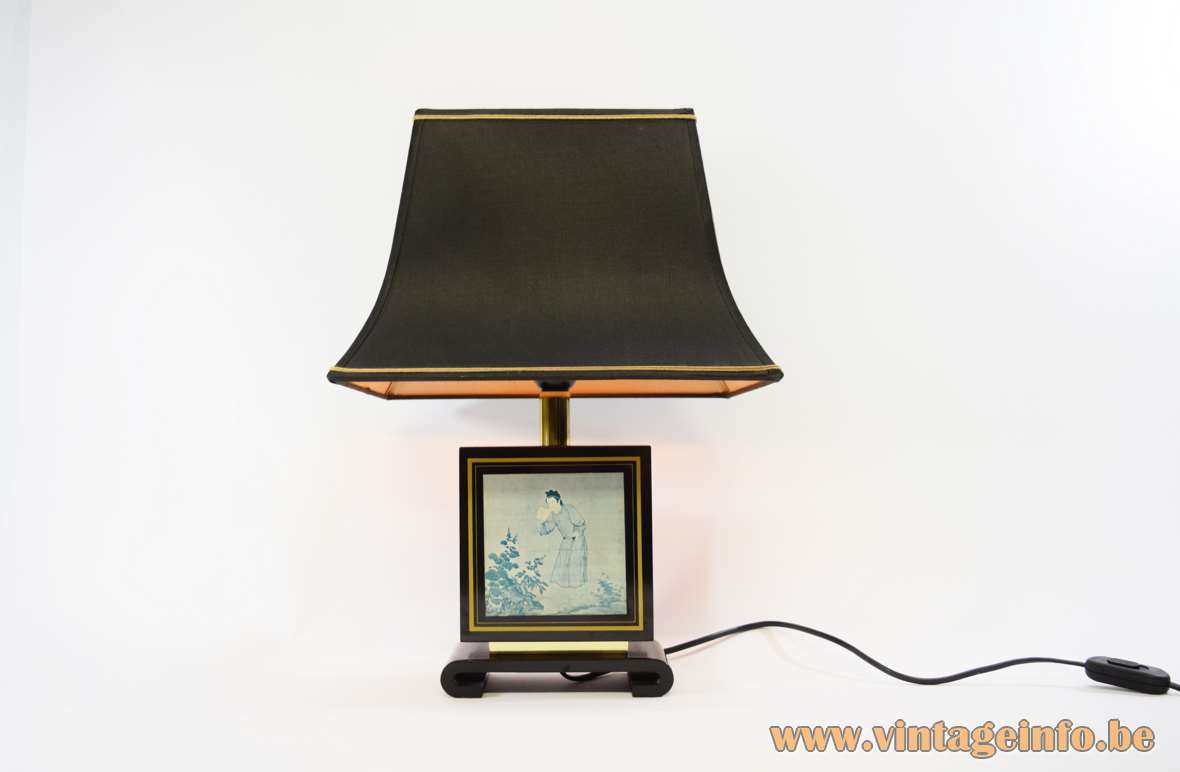 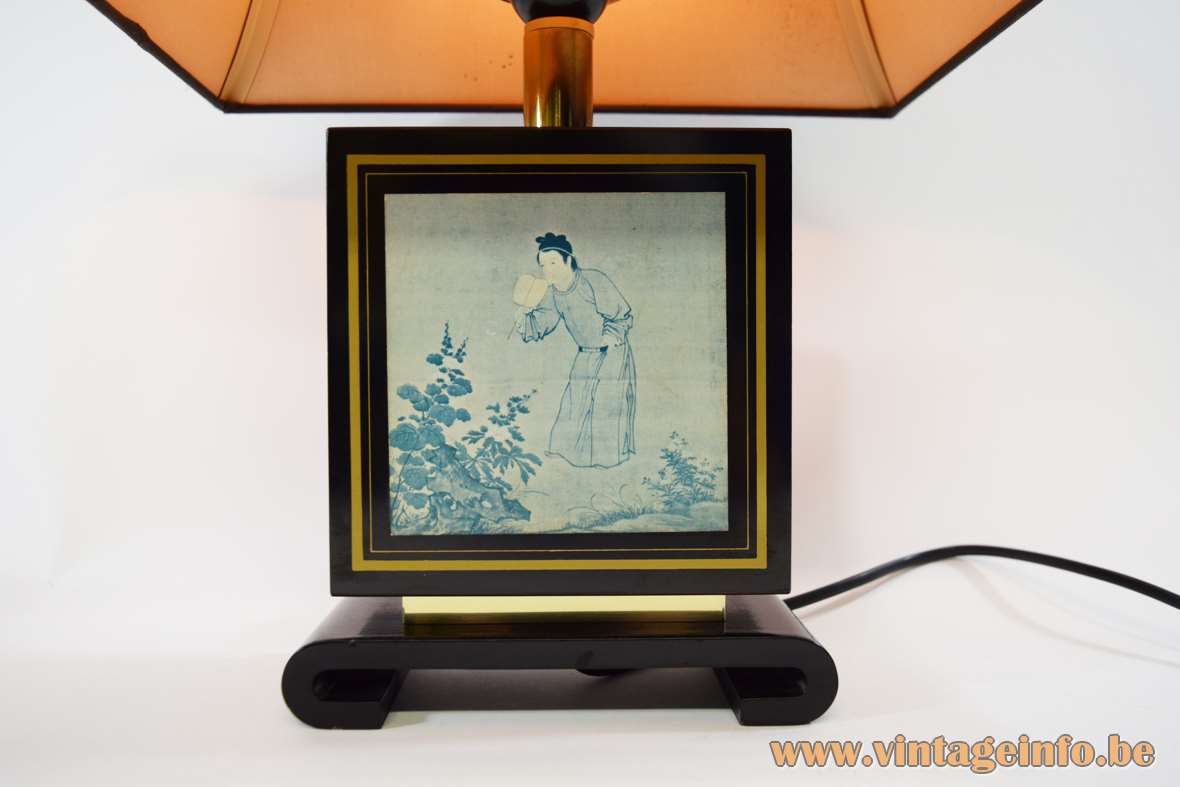 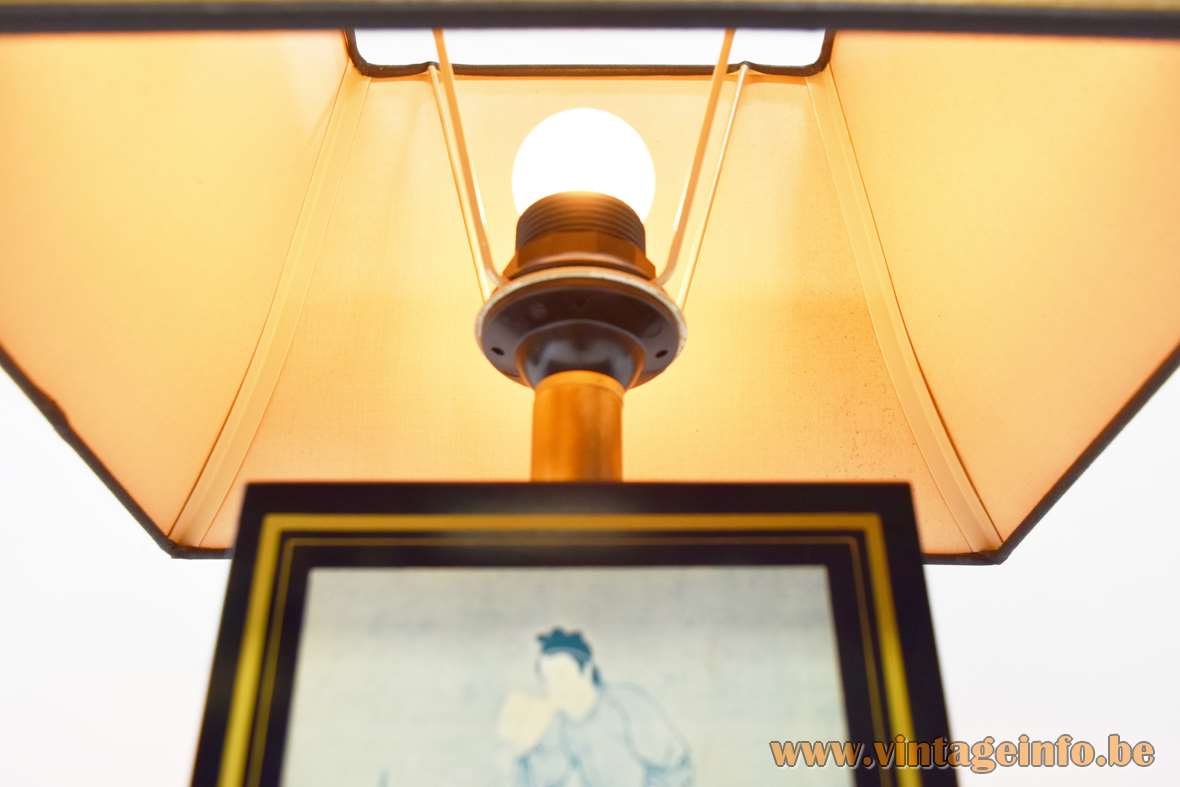 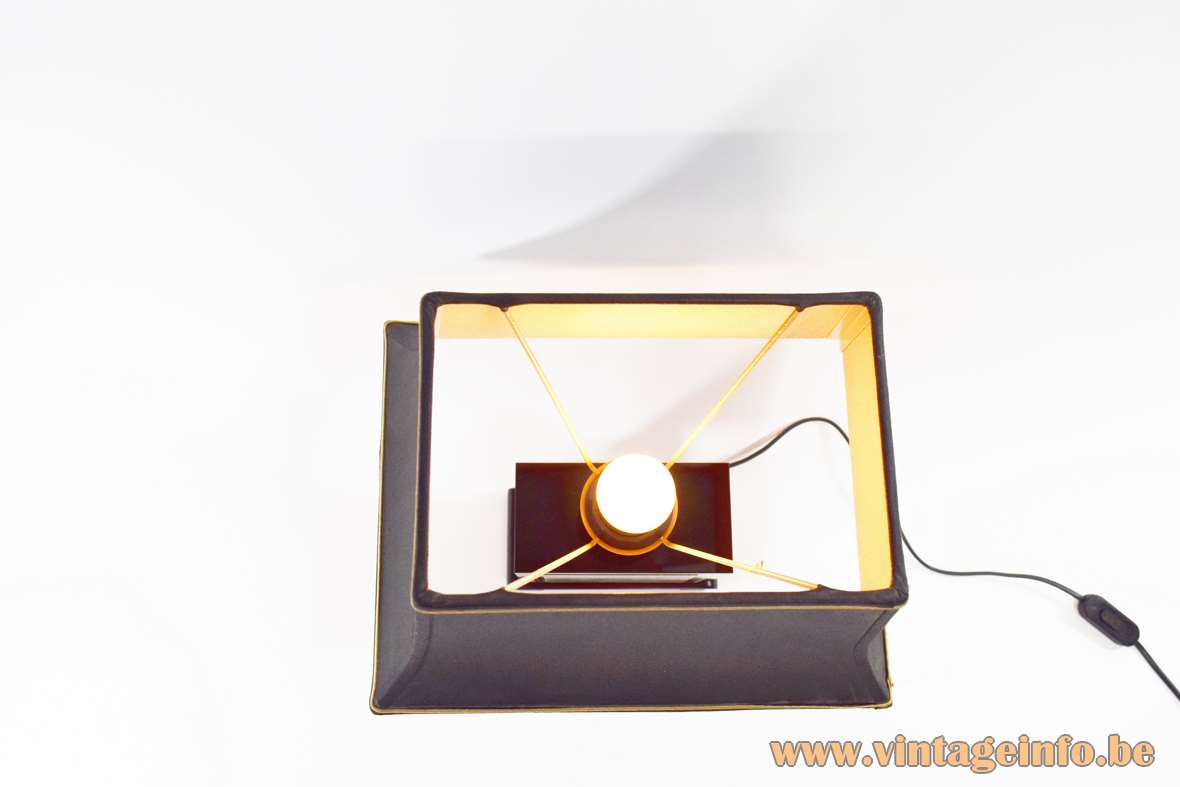 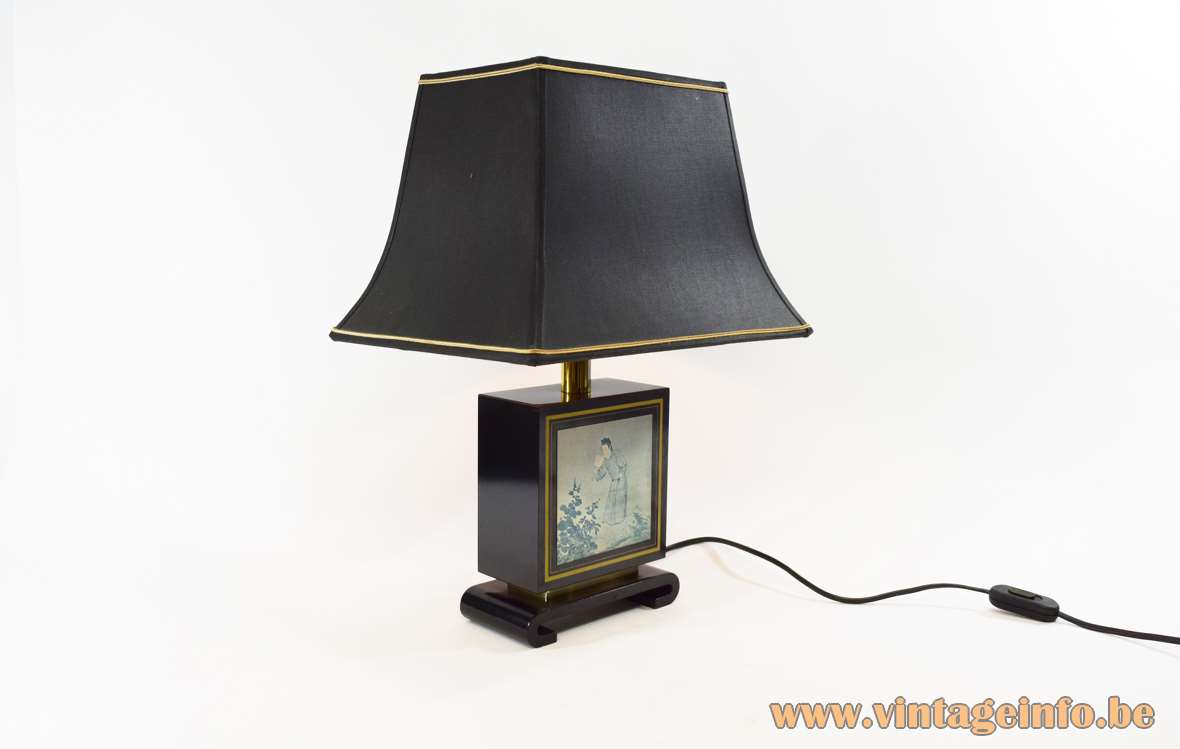 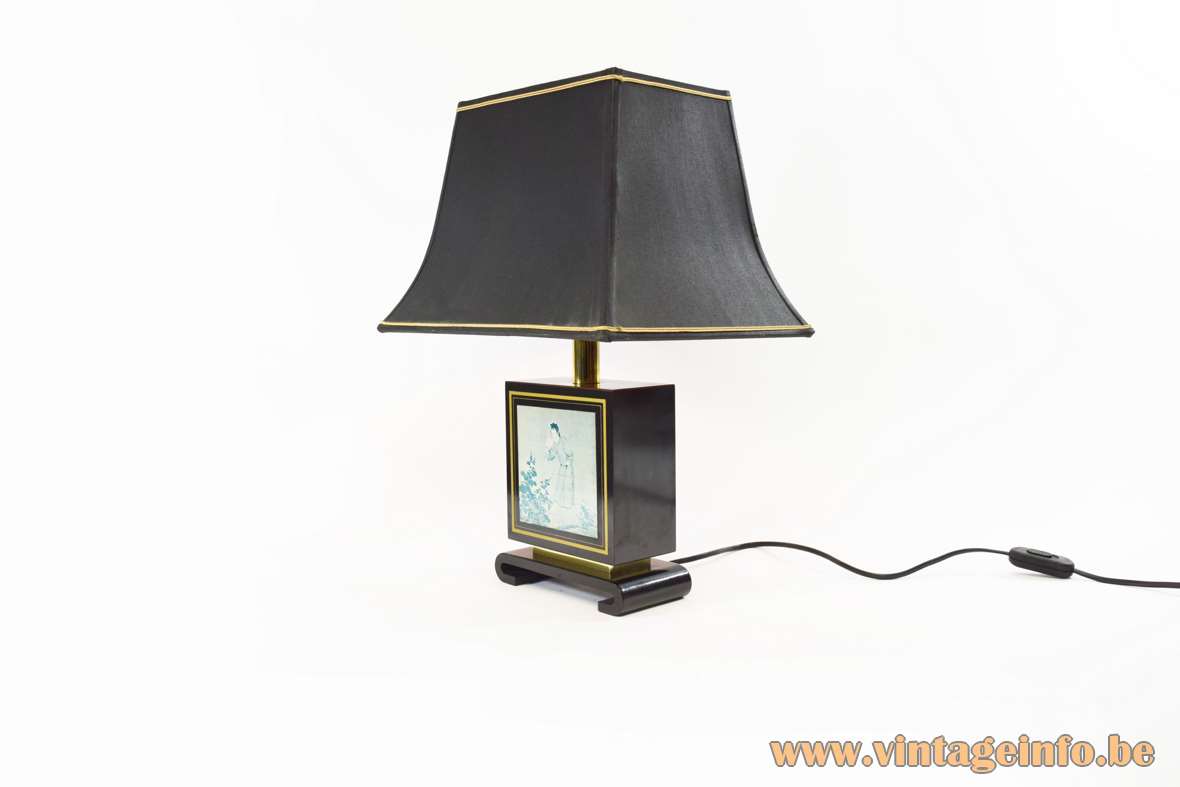 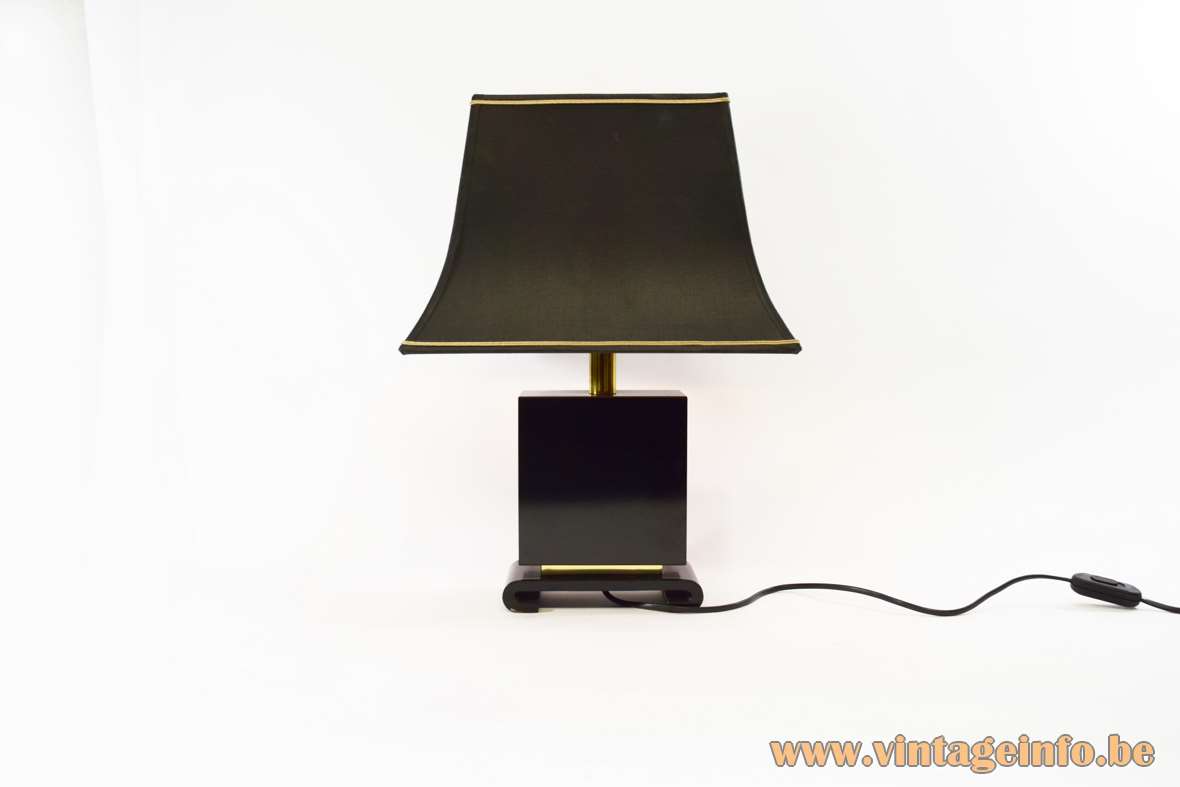 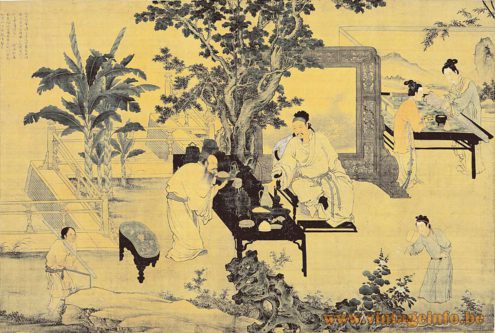 Other models: This Tu Chin table lamp exists also in a big version. Le Dauphin made several table lamps in this style, all with paintings or drawings from China or Japan. Also lamps with brass Chinese figurines were produced.

Enjoying Antiquities is a painting in ink and colour on silk by Tu Chin/Du Jin (ca. 1465-1509) during the Ming Dynasty (1368-1644). This famous work is exhibited in the National Palace Museum in Taiwan.

Originally, it may have been two hanging scroll panels mounted as a standing screen. Representing the appreciation of antiquities, it depicts the leisurely activities of chess, calligraphy, zither, and painting associated with literati.

The style is straightforward and elegant, much in the tradition of the Southern Sung (1127-1279) academic mode. Tu Chin’s fine brush style, as seen in the figures here, greatly influenced the style of T’ang Yin starting from the middle of his career.