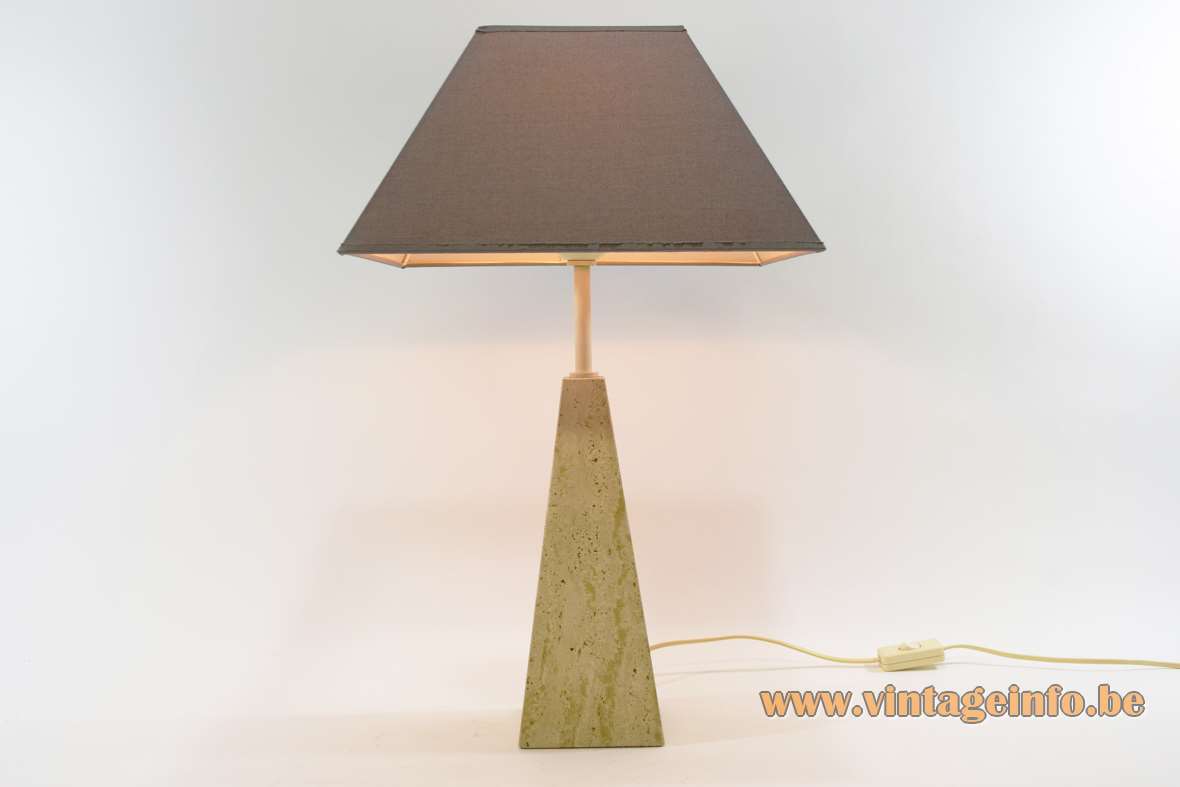 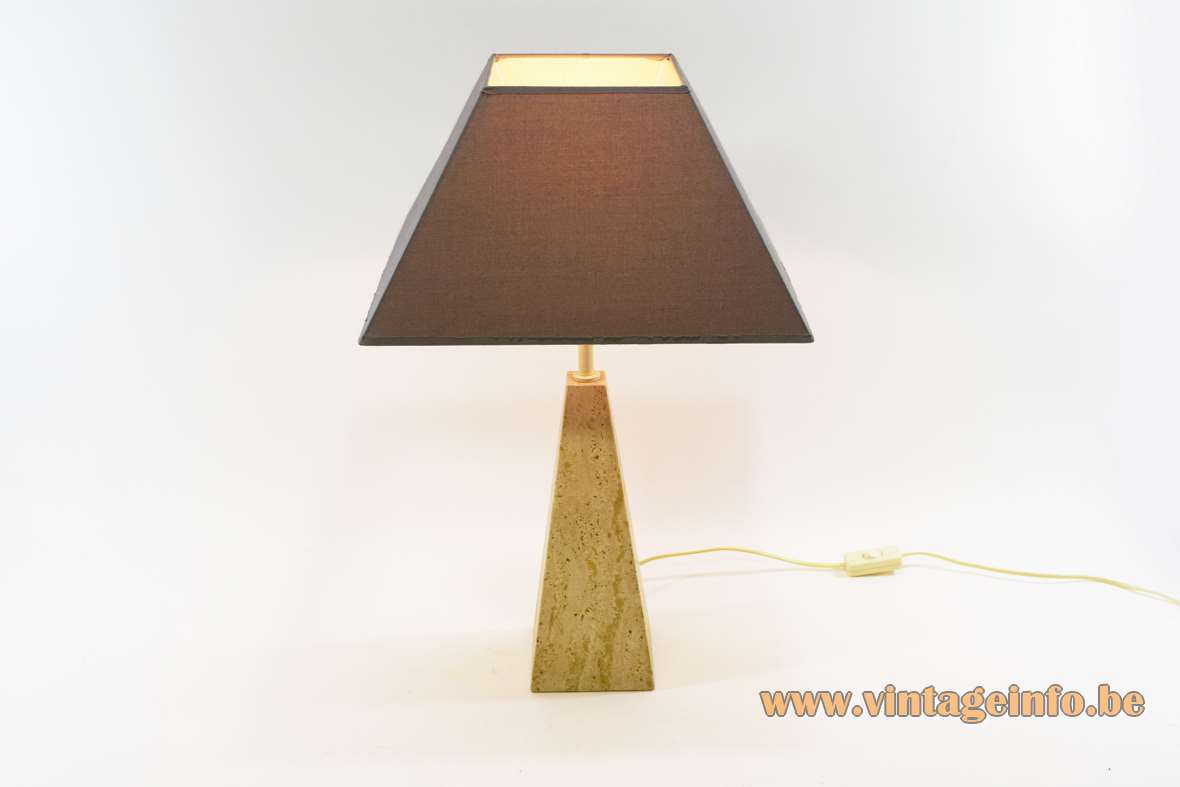 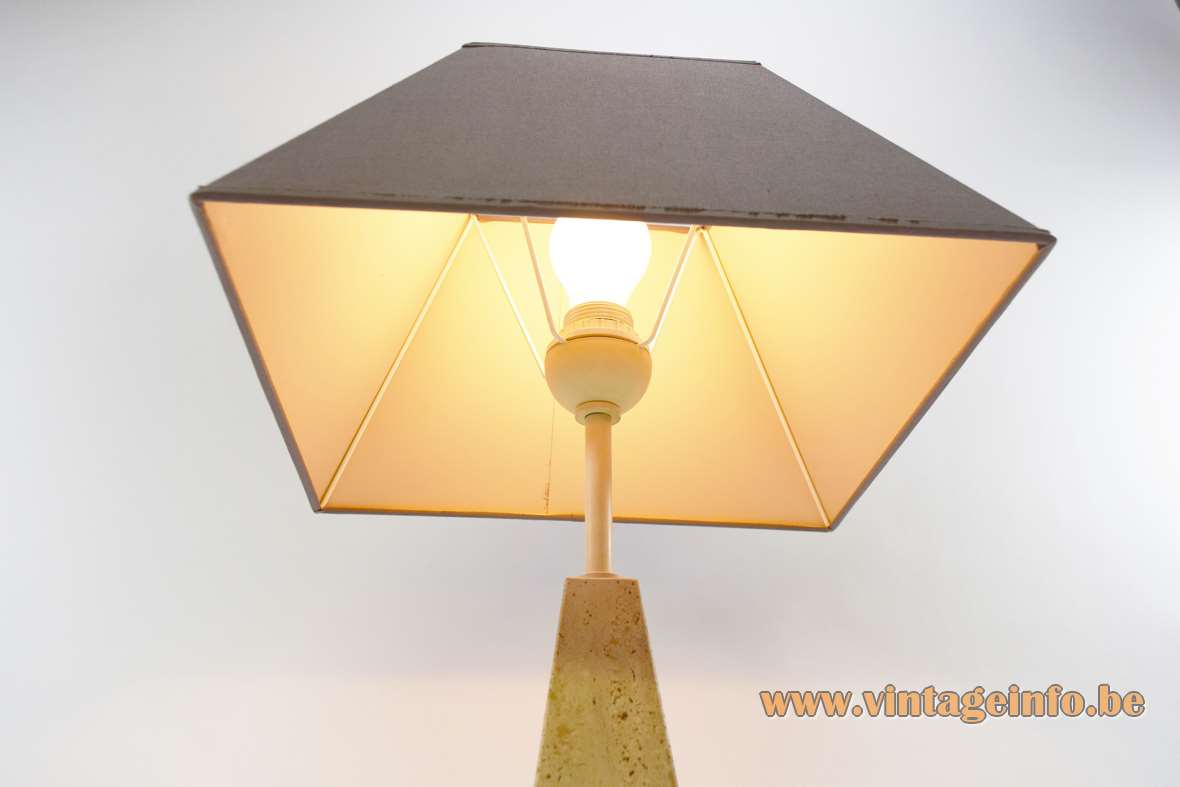 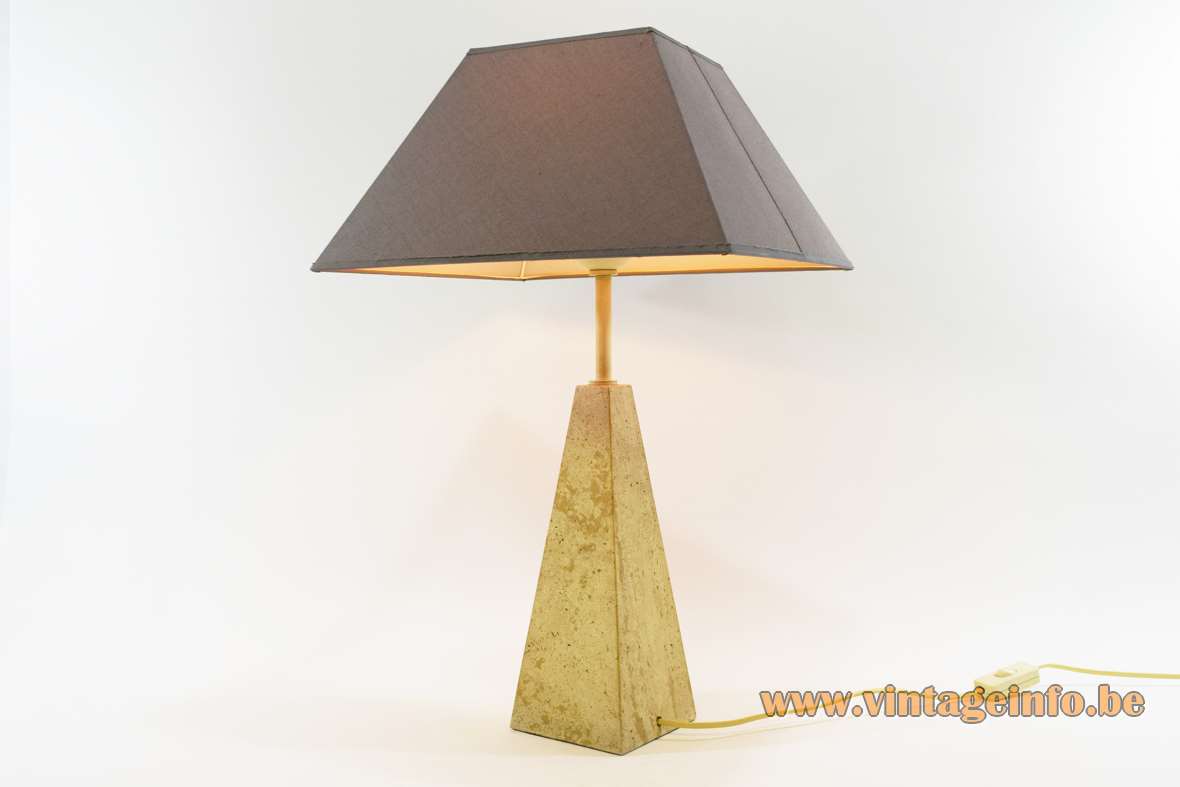 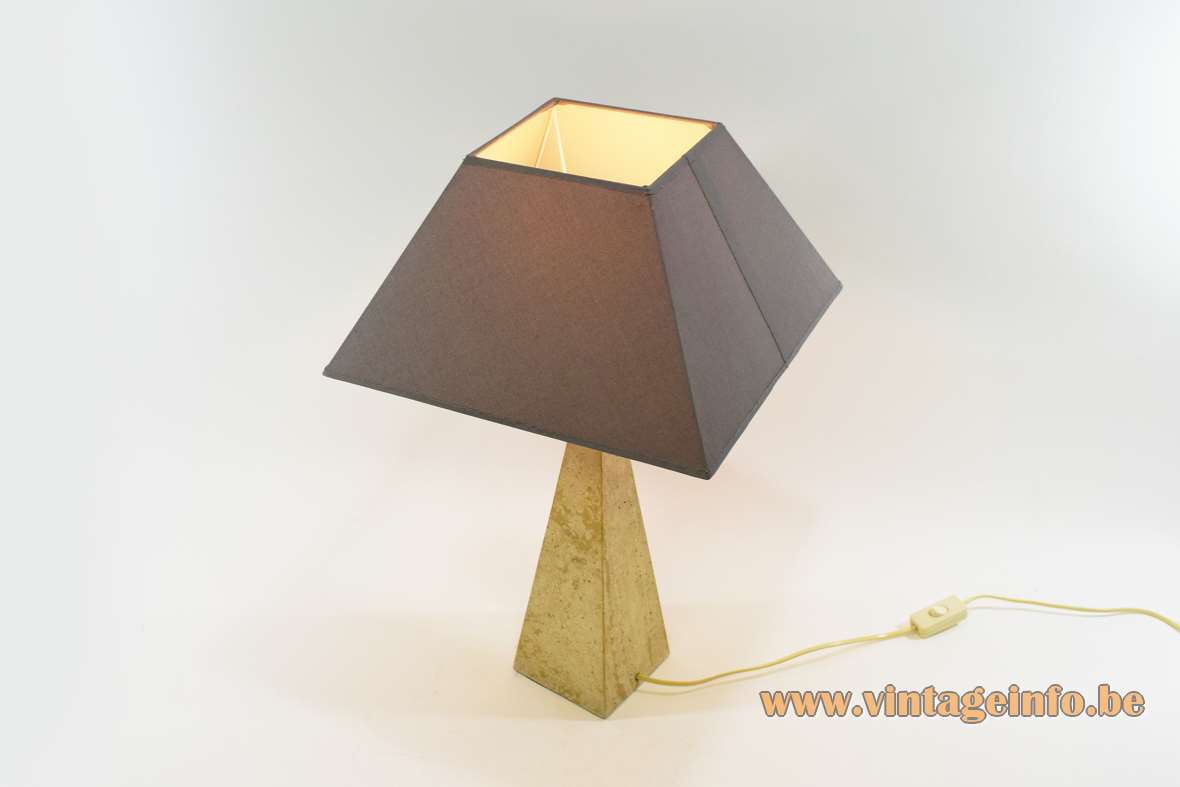 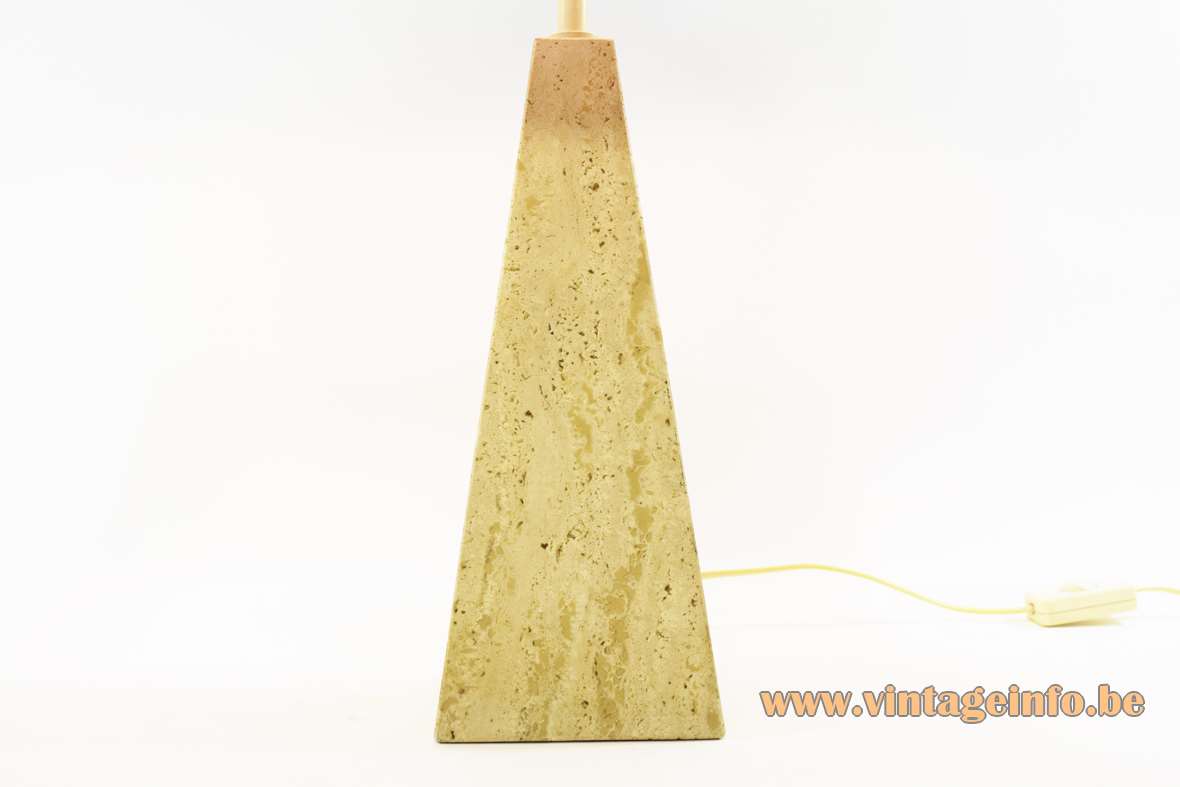 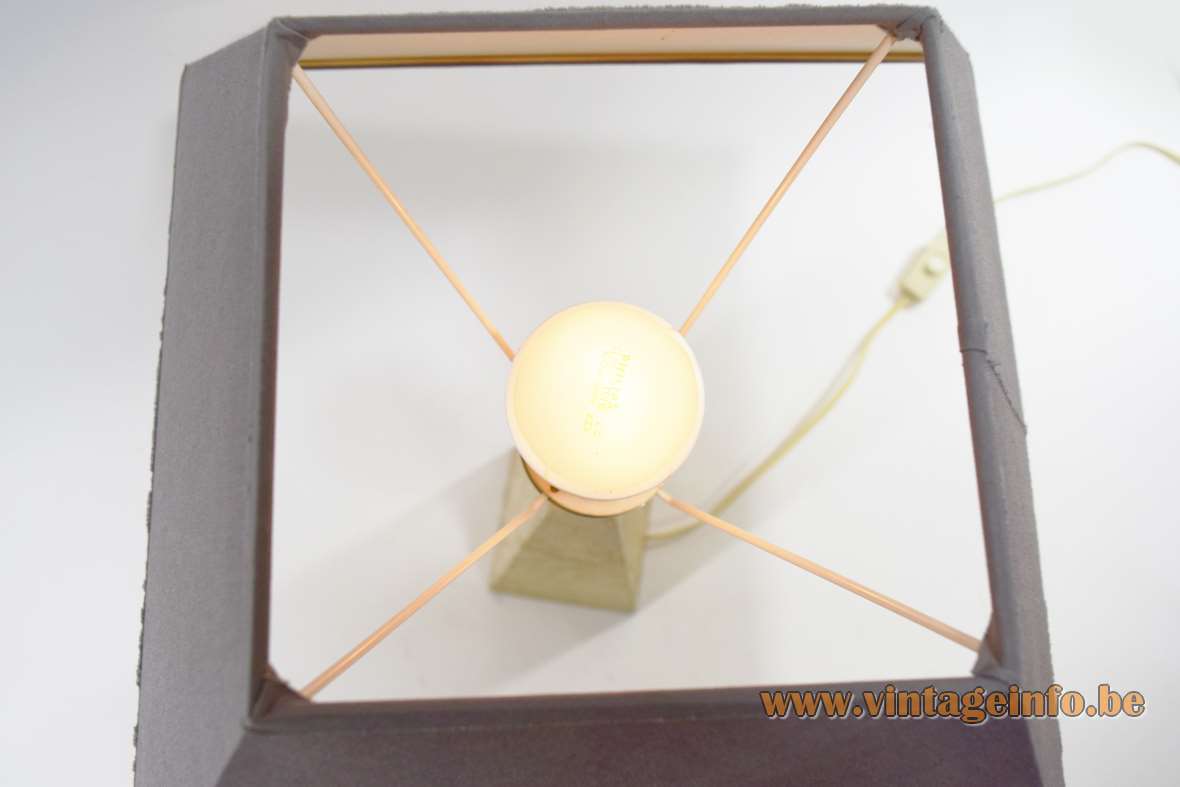 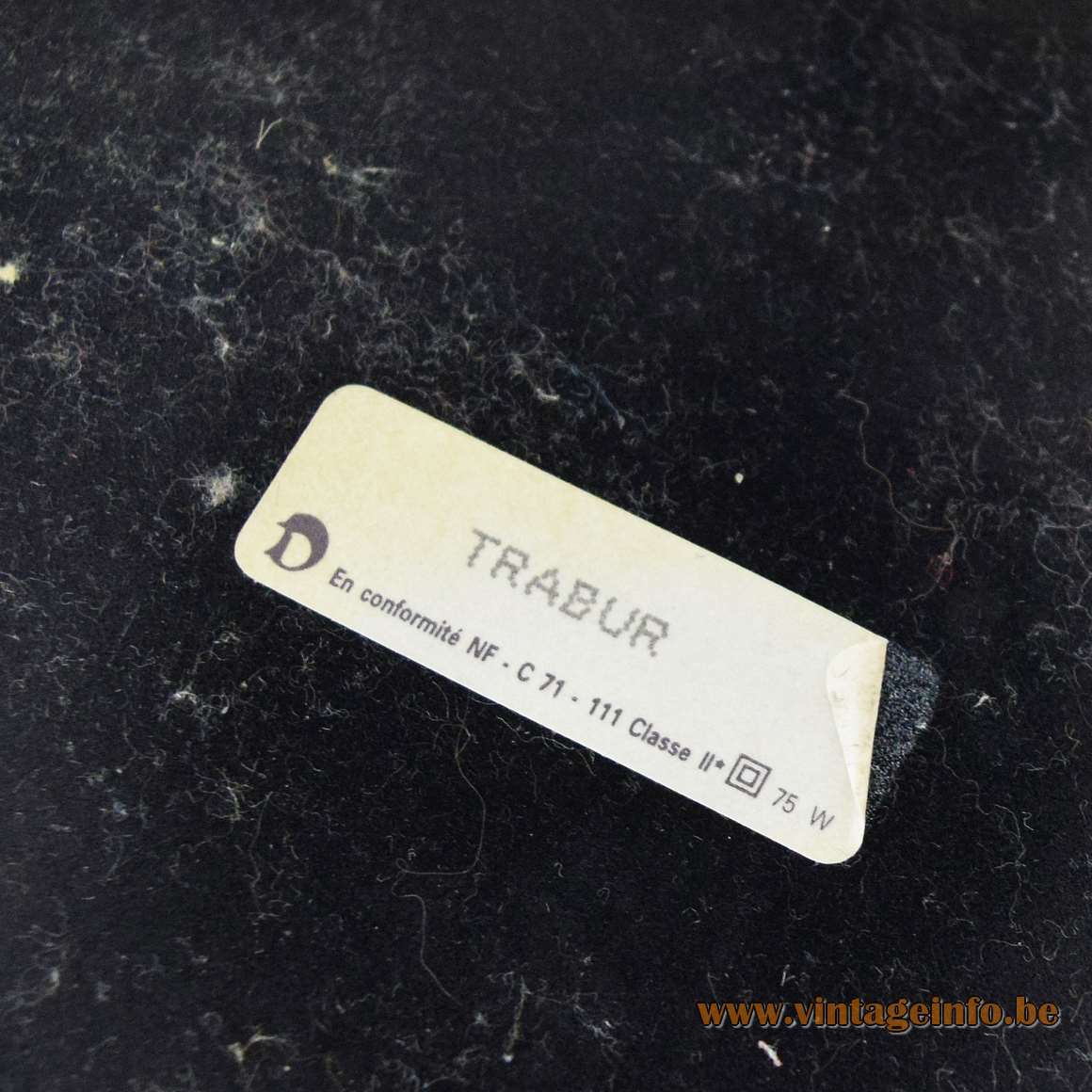 This table lamp is made as an obelisk needle or pyramid in the style of the Abat-Jour table lamp, designed by Cini Boeri in 1975 for Arteluce. Later it was produced by Tronconi. It is also reminiscent of the lamps from the 1980s by the Memphis Group.

The Italian Memphis Group was a design and architecture group founded by Ettore Sottsass (1917-2007) in 1981 in Milan. The Memphis Group members designed Postmodern furniture, lights, fabrics, ceramics, glass and metal objects from 1981 to 1987. Many lamps were made in geometric forms.