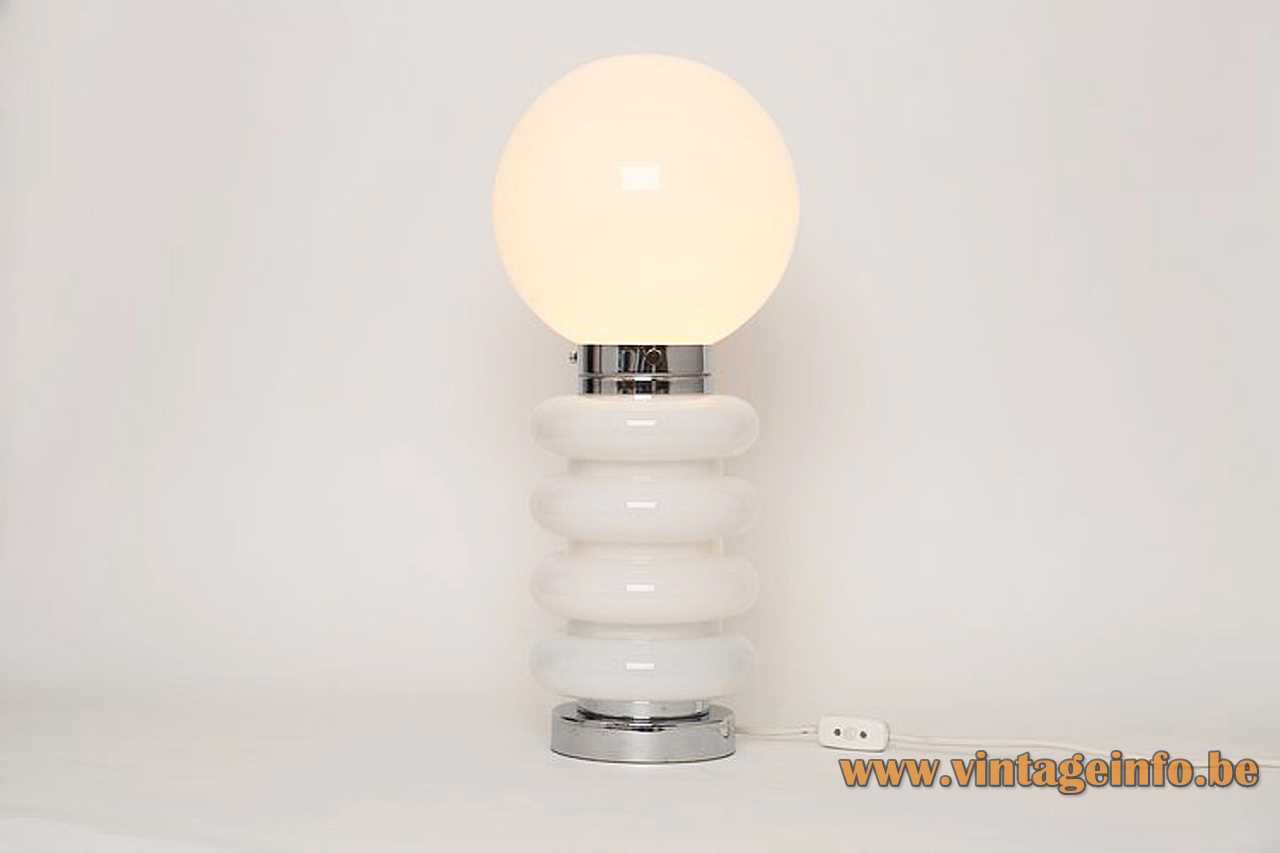 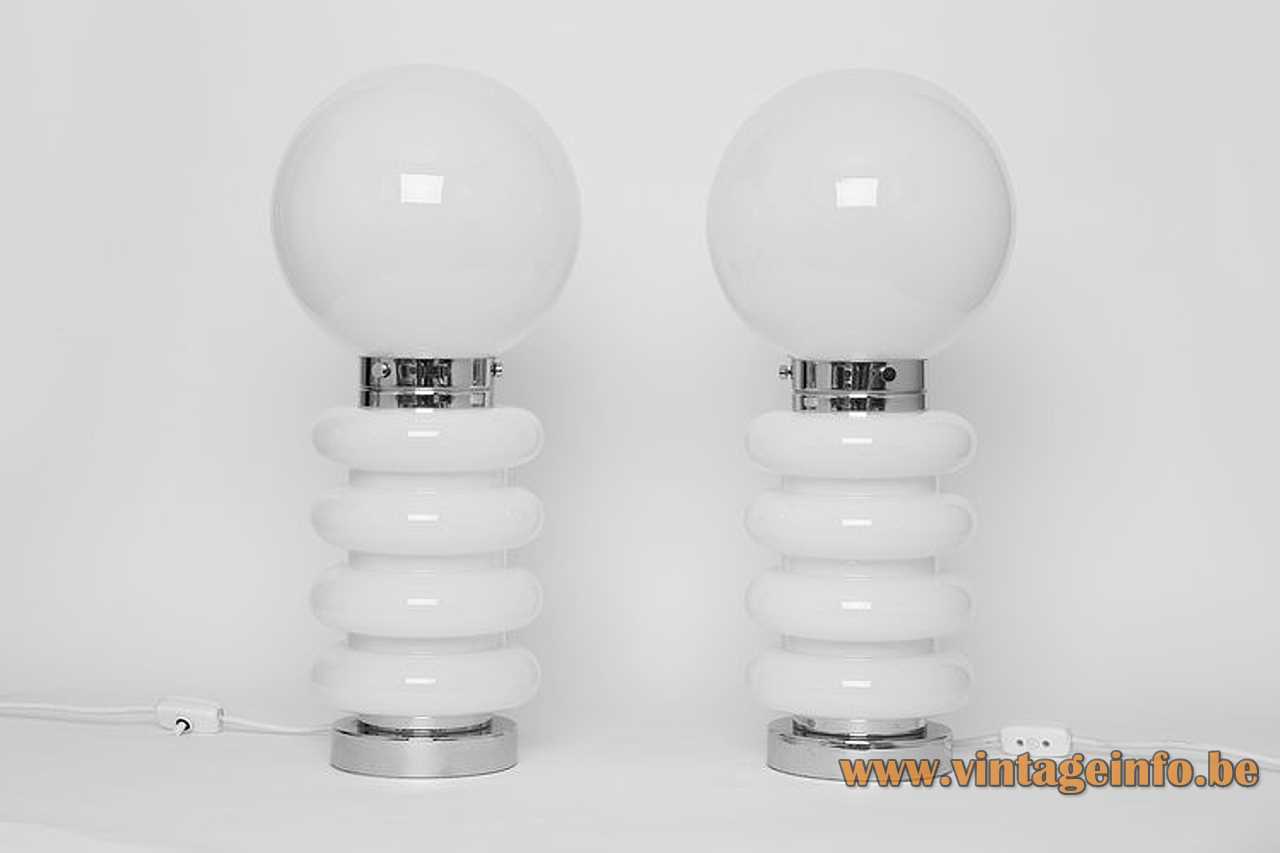 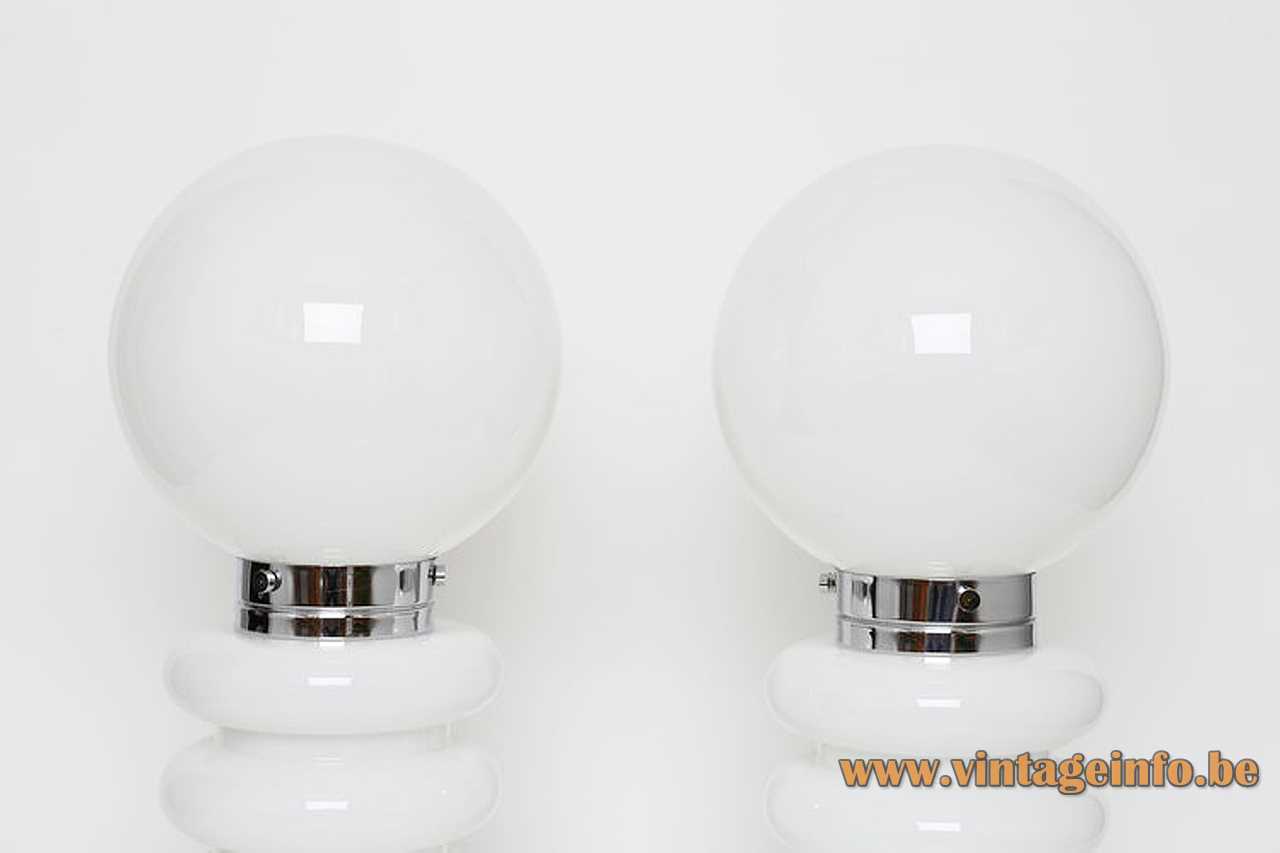 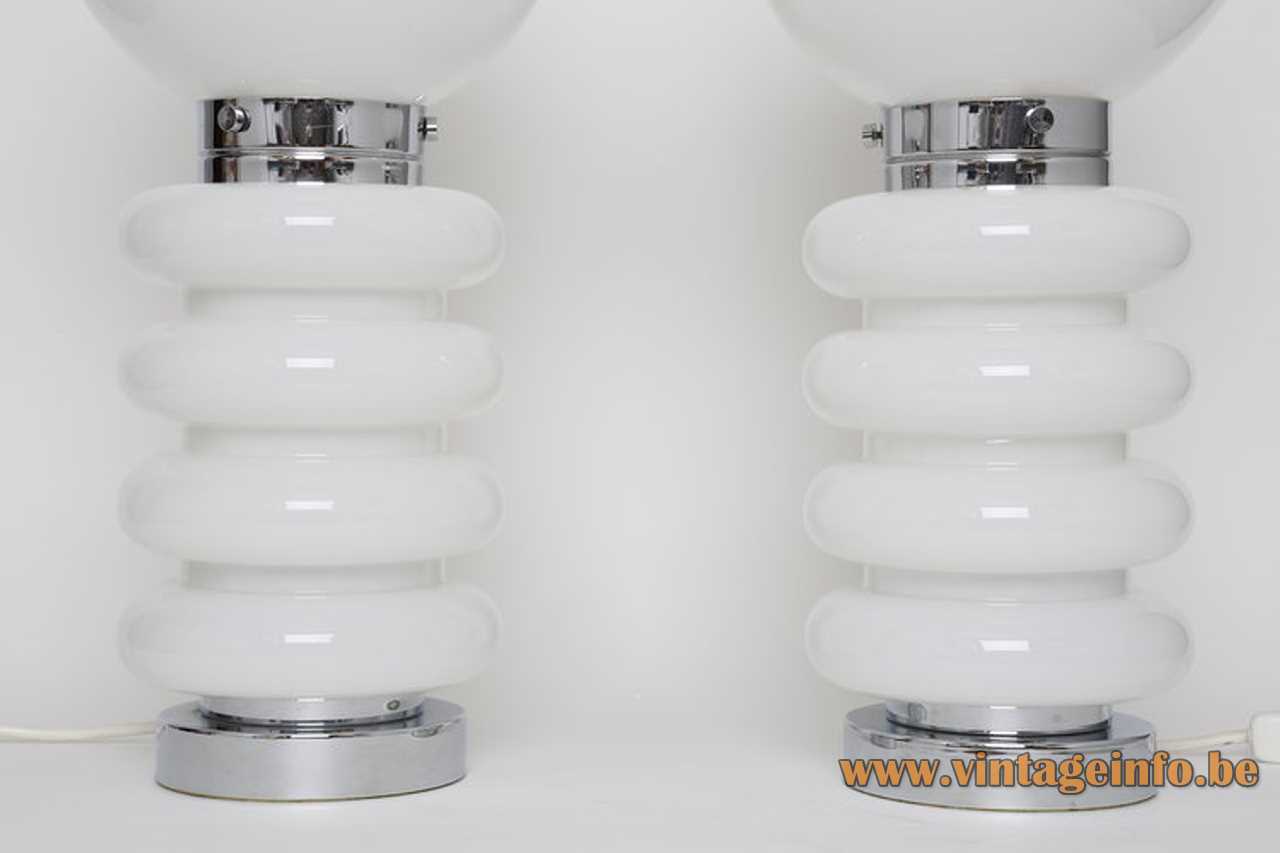 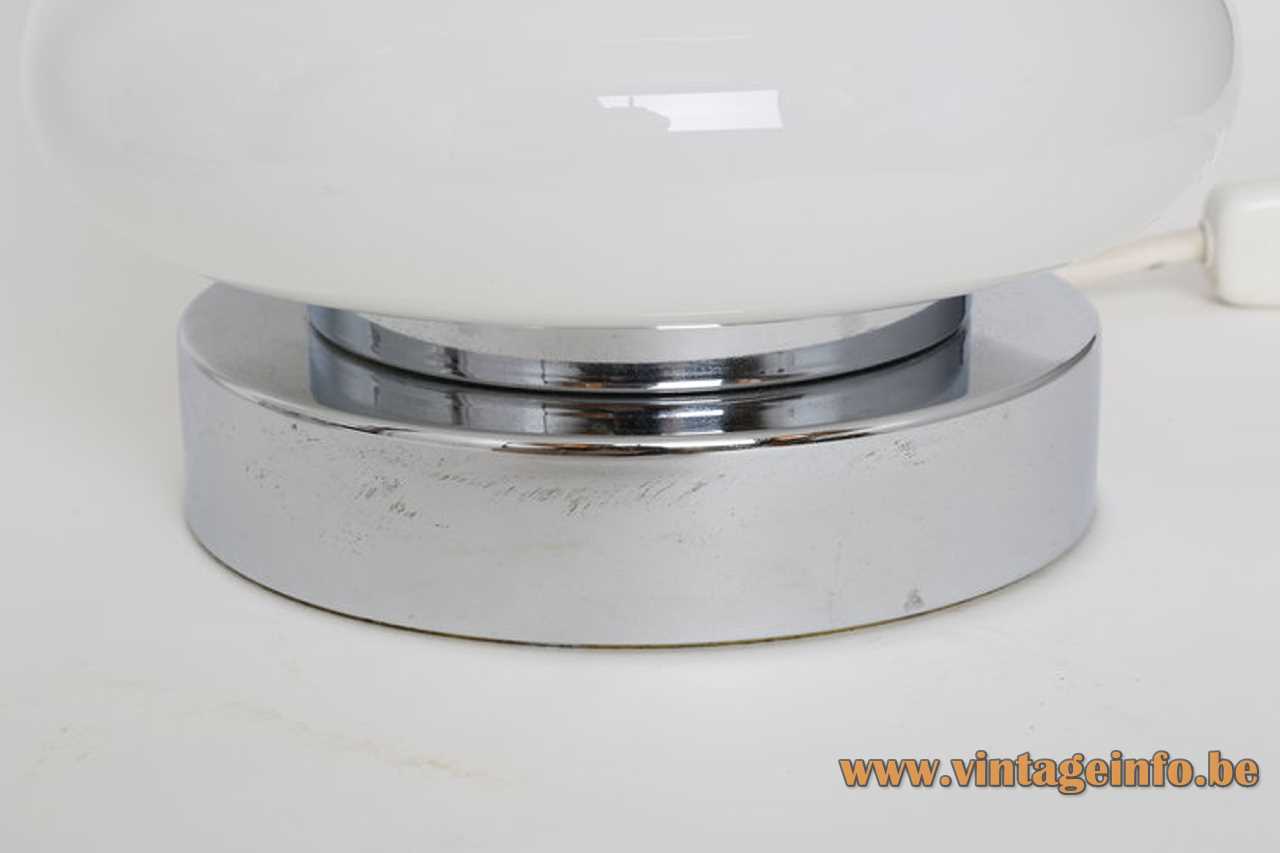 Other versions: This Josef Brumberg globe table lamp exists in a few sizes. It was also made as a floor lamp (84 cm / 33.07” high). This table lamp has 2 E14 sockets in the base and 1 E27 socket in the globe. They can be switched on separately. The floor lamp has 4 E14 sockets and 1 E27 socket. A version with 3 stacked rings can be found over here.

This table lamp with 3 glass rings

Many thanks to Natasha for Illustris Lighting, New York, USA for the beautiful pictures and enthusiasm.

Many thanks to Frank from nullviernull raum+kommunikation for the photo of the floor lamp. You can find his shop over here on Ebay.