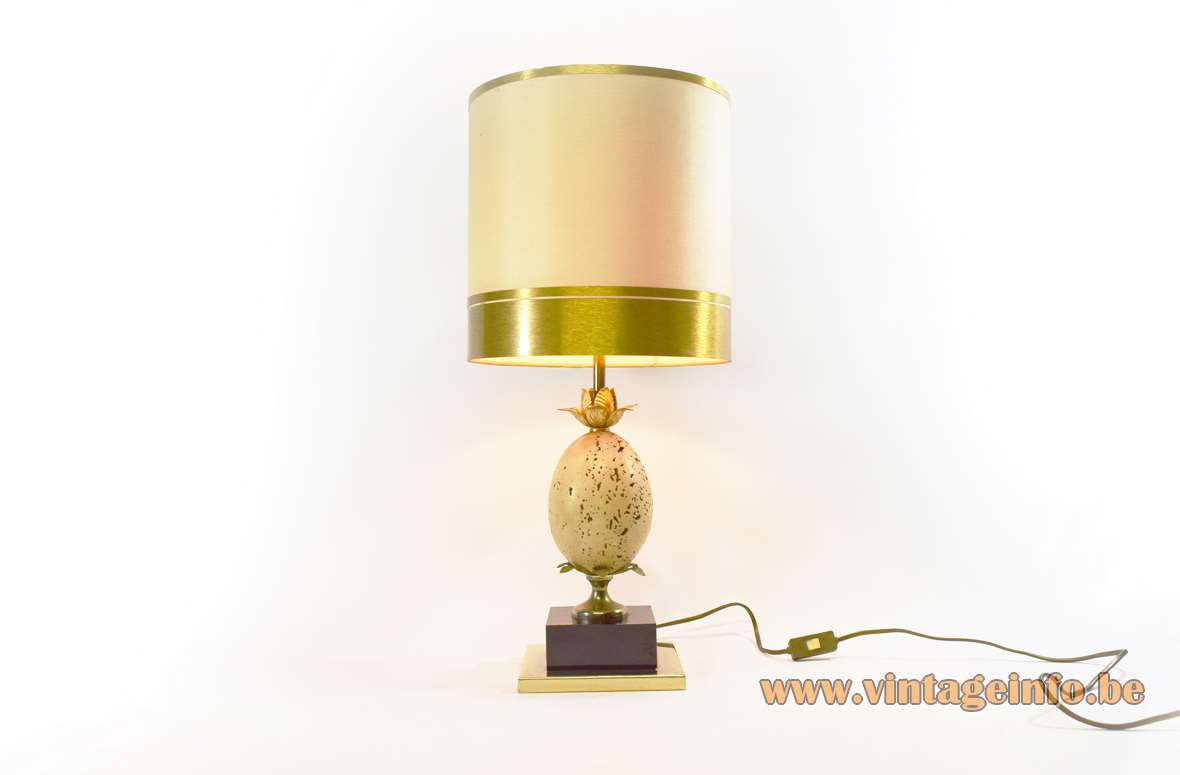 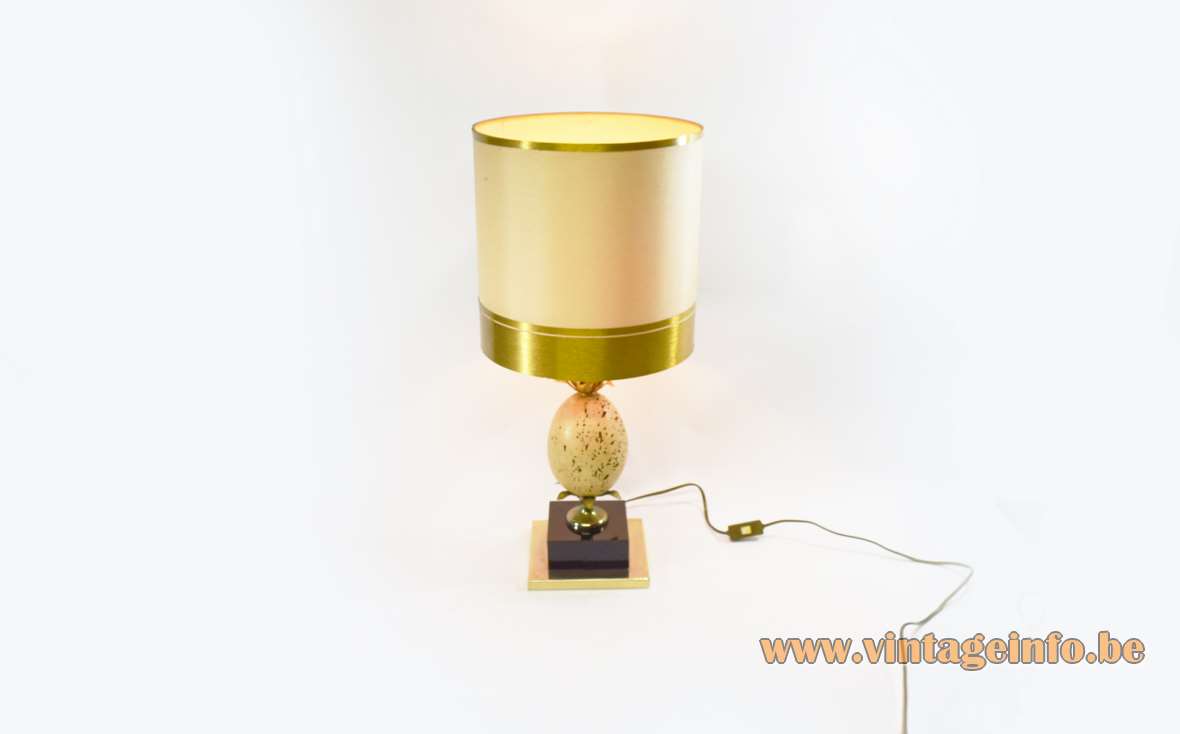 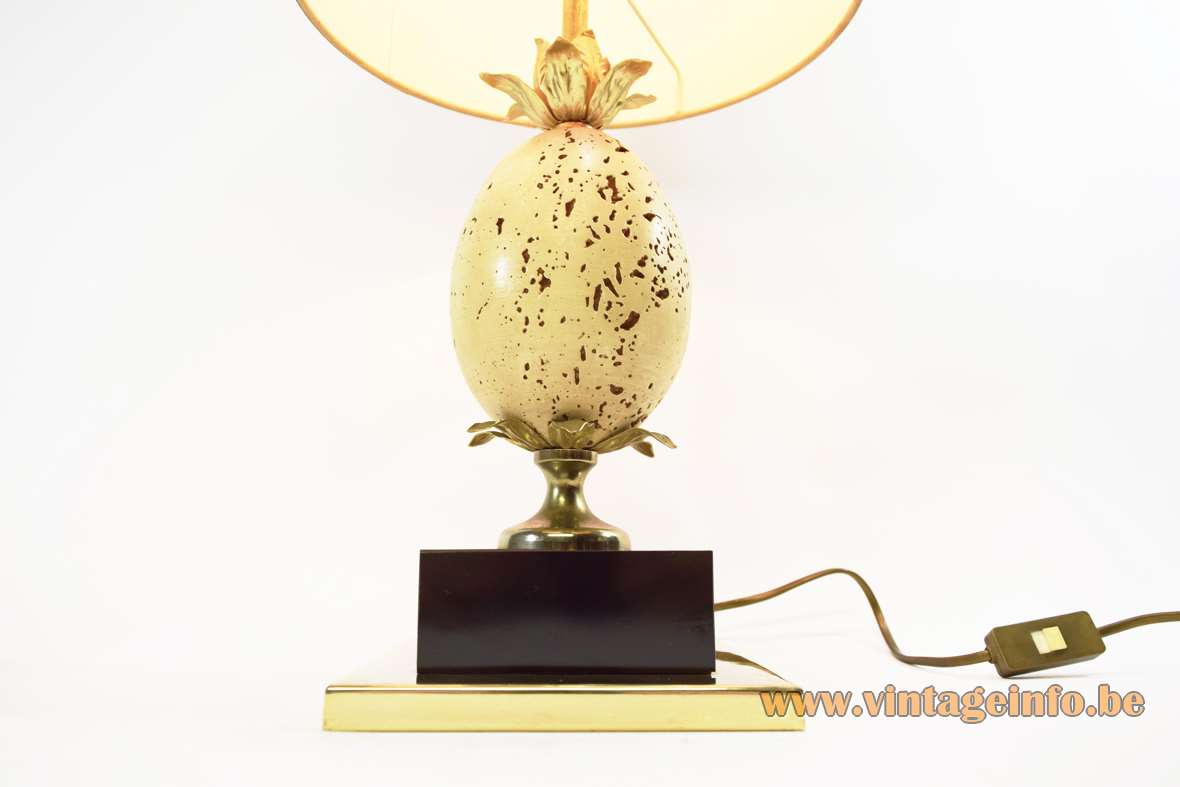 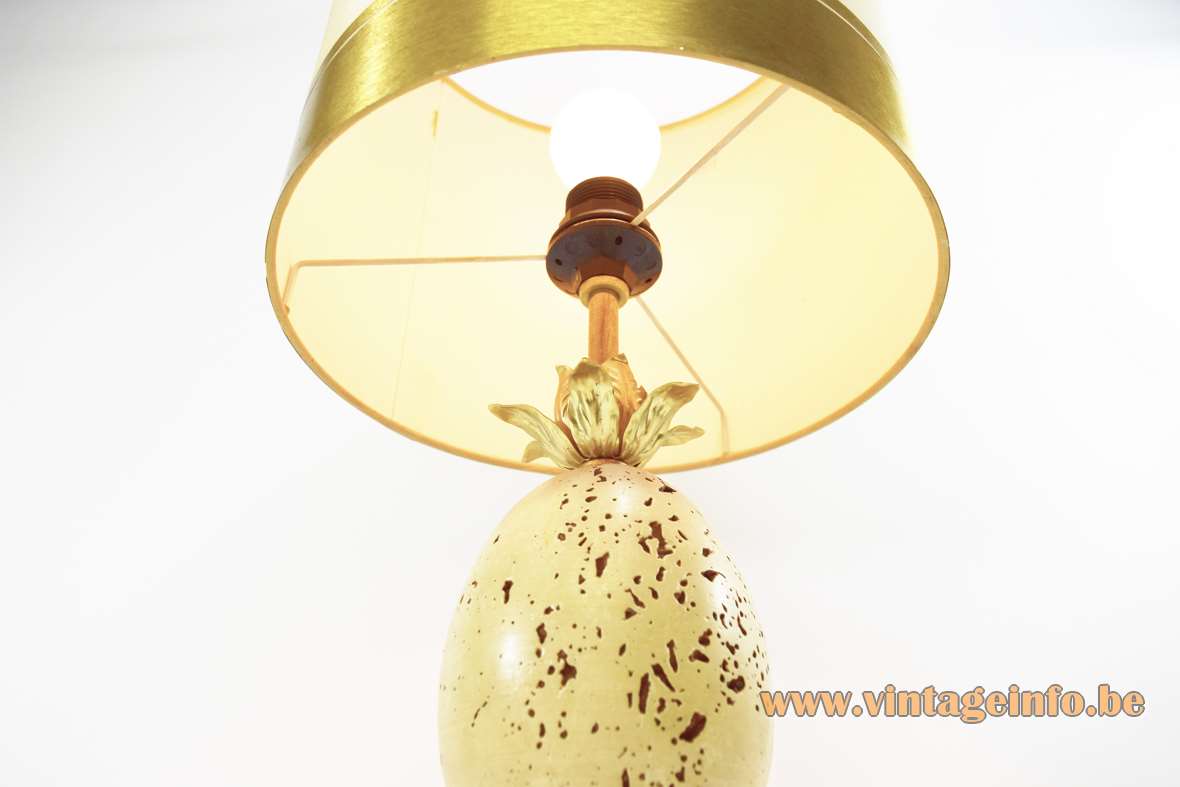 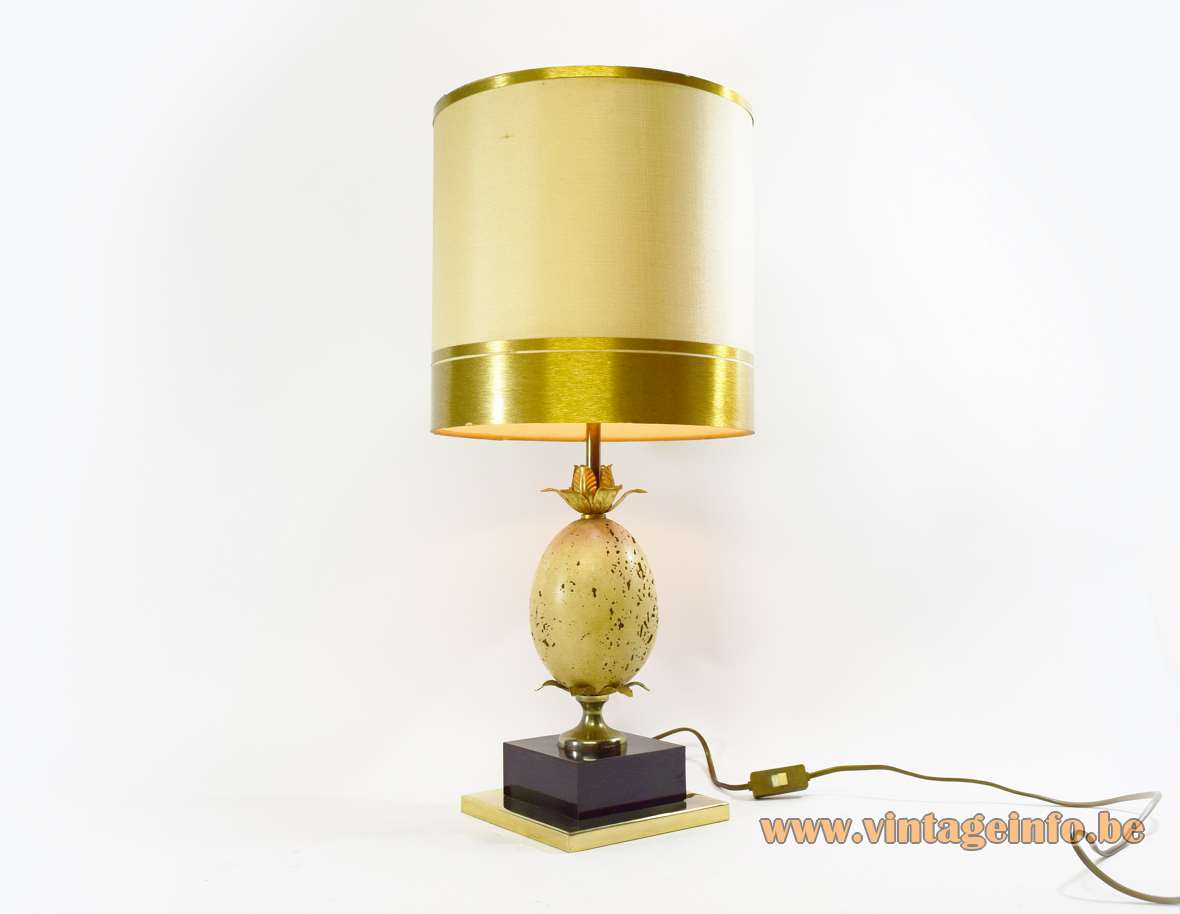 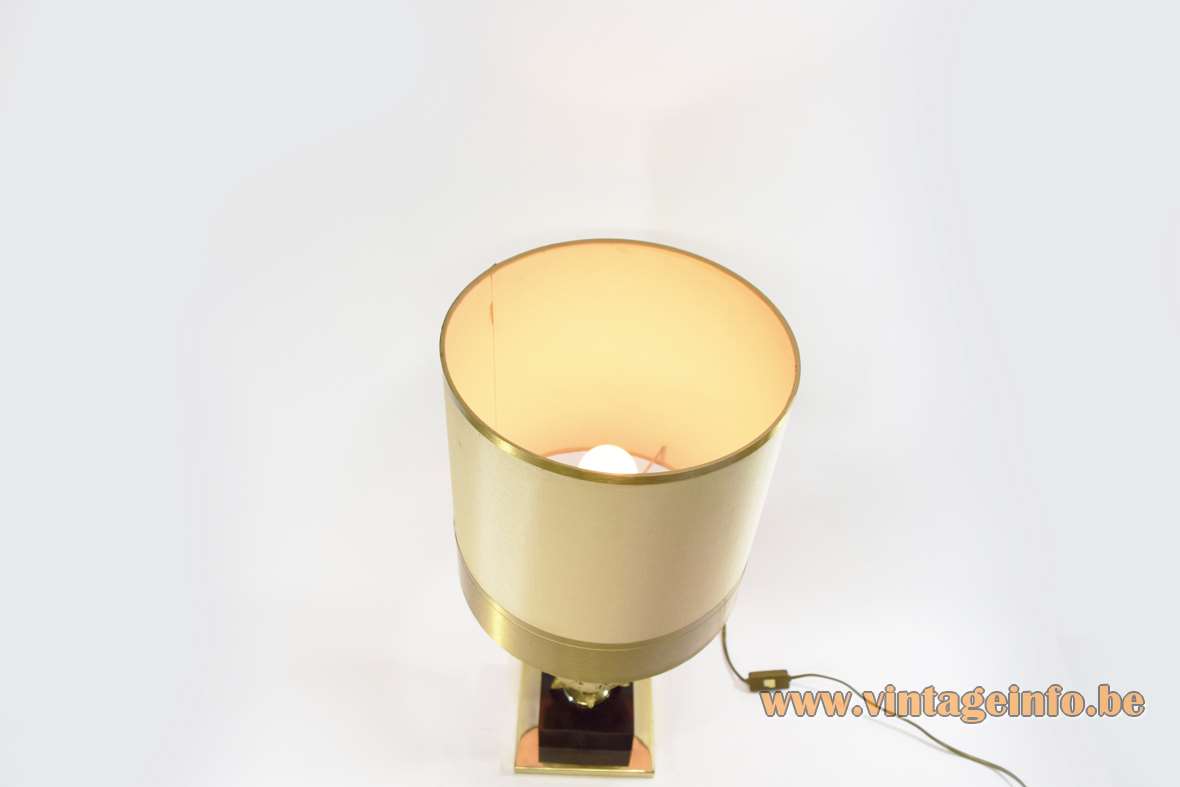 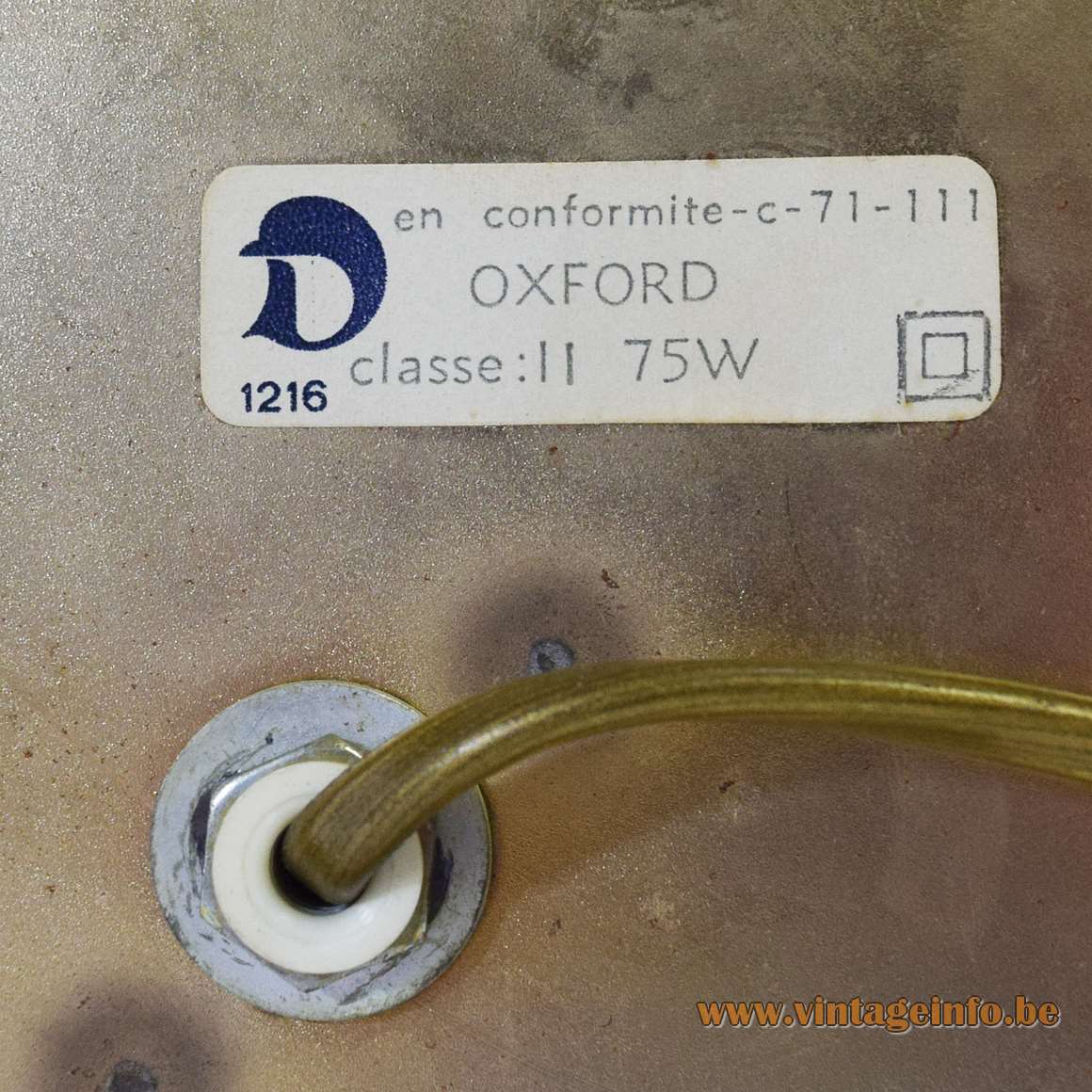 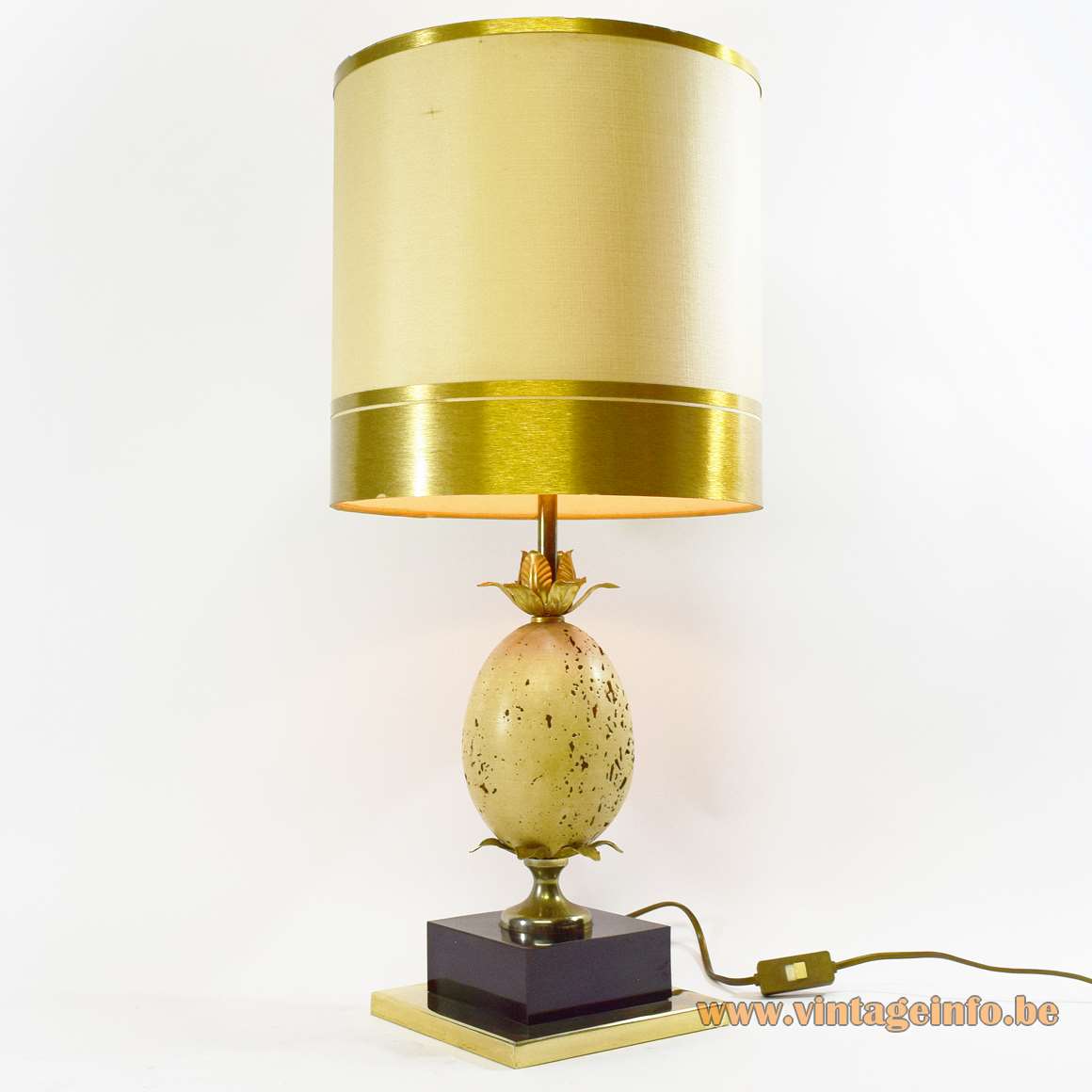 Other models: This travertine ostrich egg table lamp was sold with several different lampshades and was also produced with a slightly different base.

Name of the lamp: Oxford. A comparable lamp is named Wilson.

The French company Maison Charles made many lamps with an “ostrich egg” design. Today they still have some 9 type of lamps in production. Search for oeuf (egg) on the Maison Charles website. Also the Belgium company S.A. Boulanger made an impressive range of lamps in this style in the 60’s and 70’s.