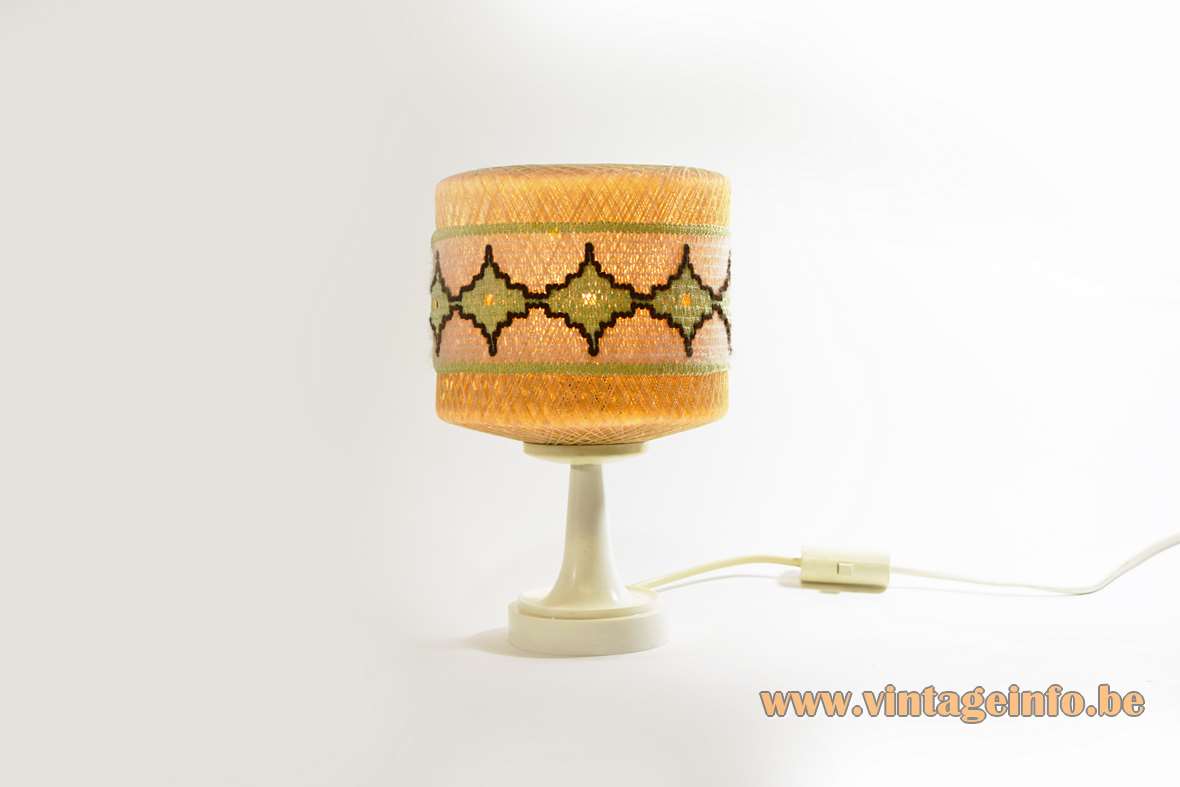 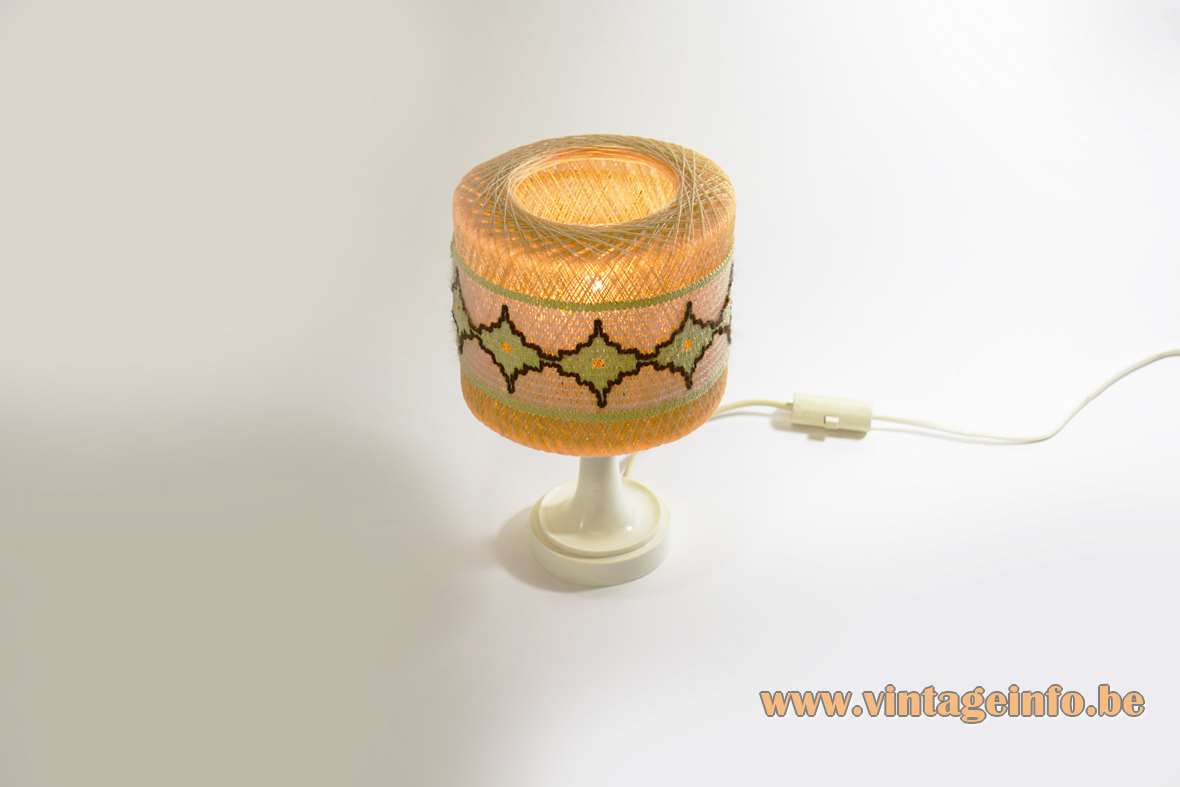 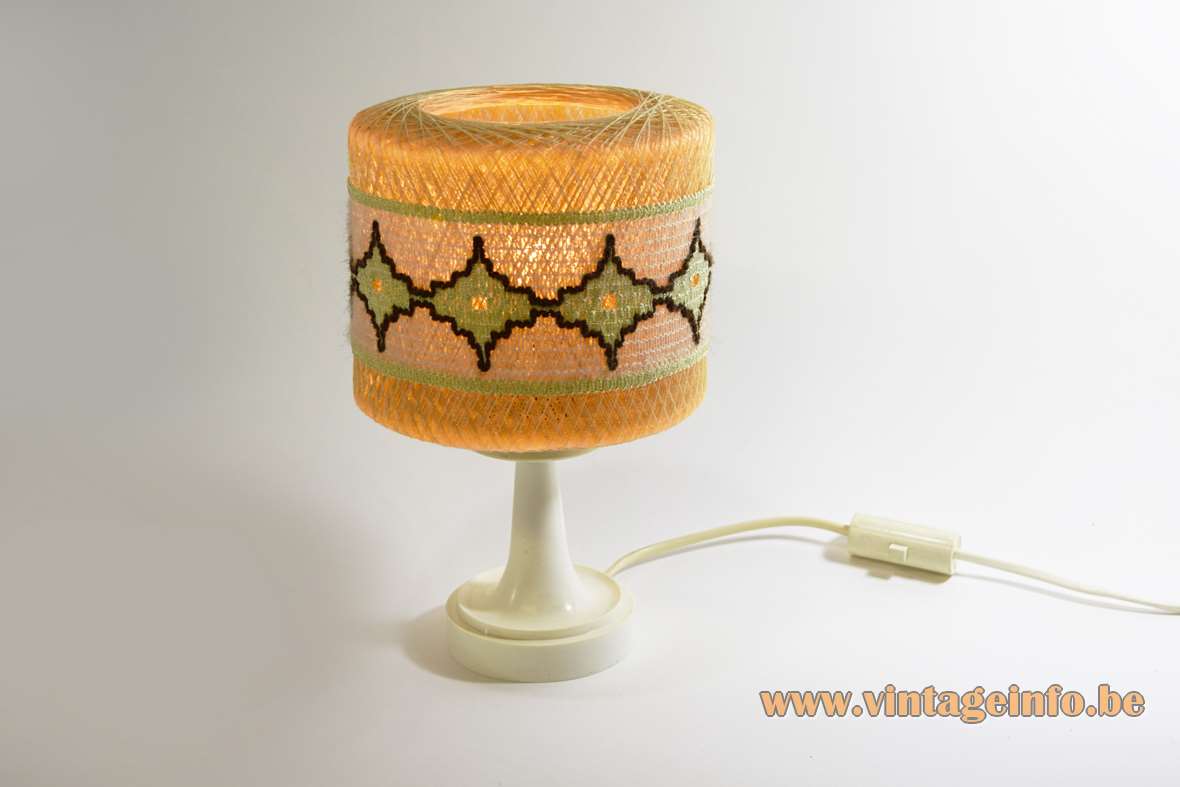 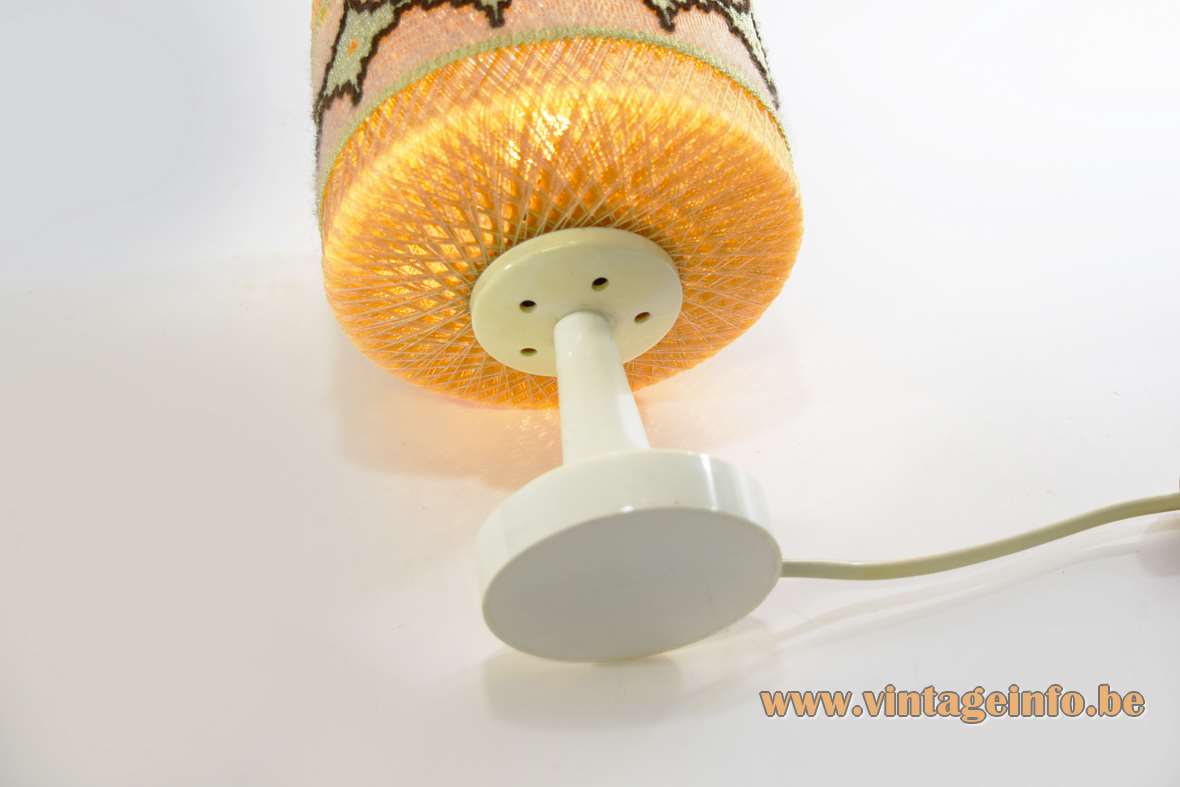 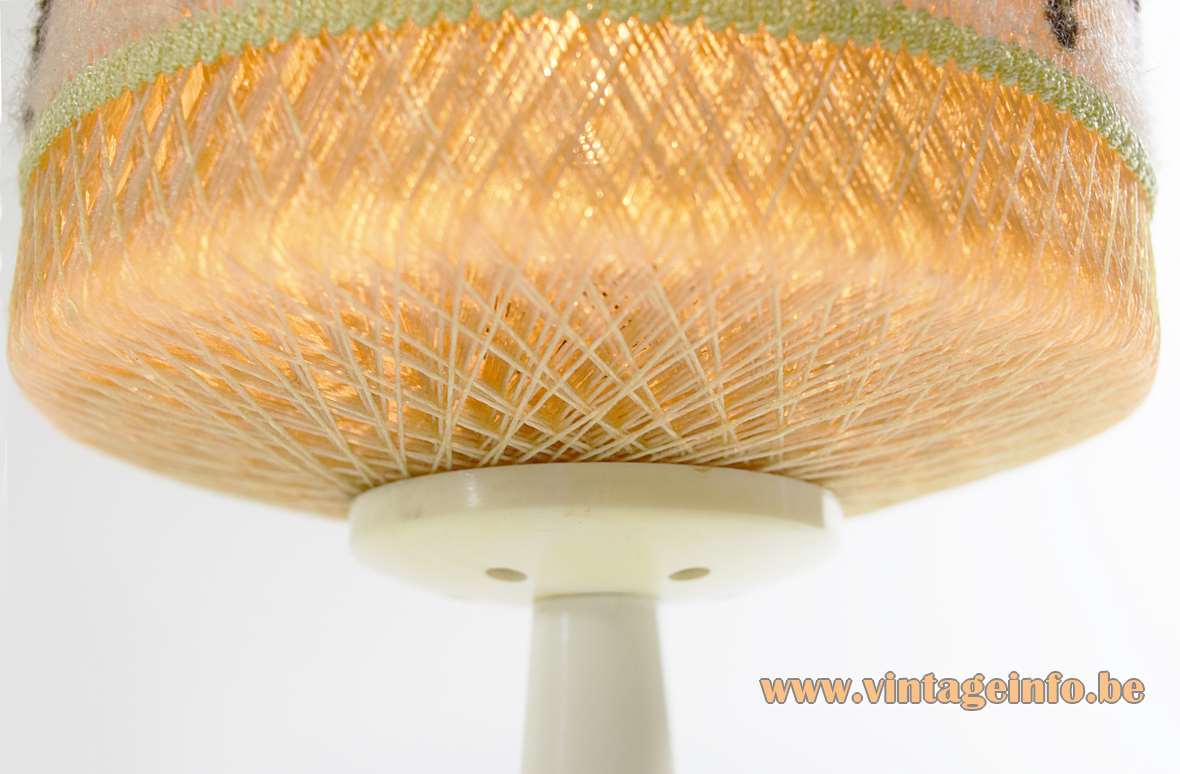 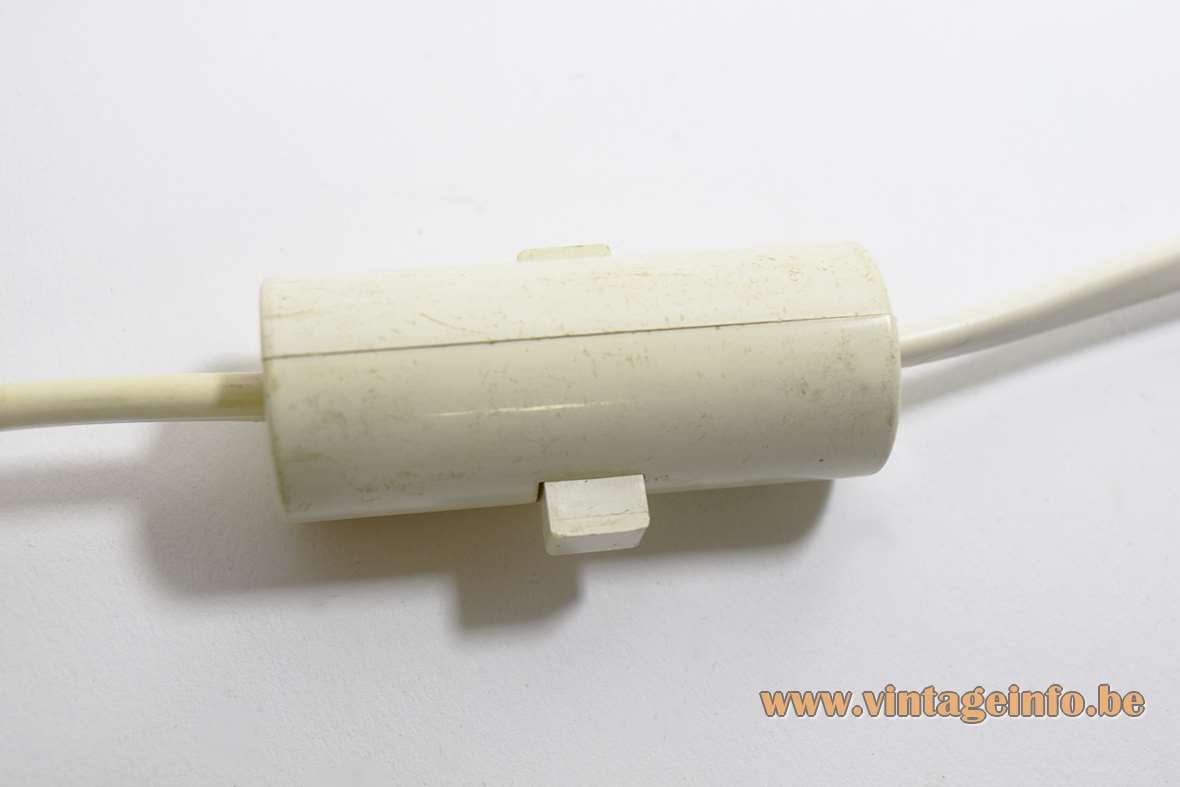 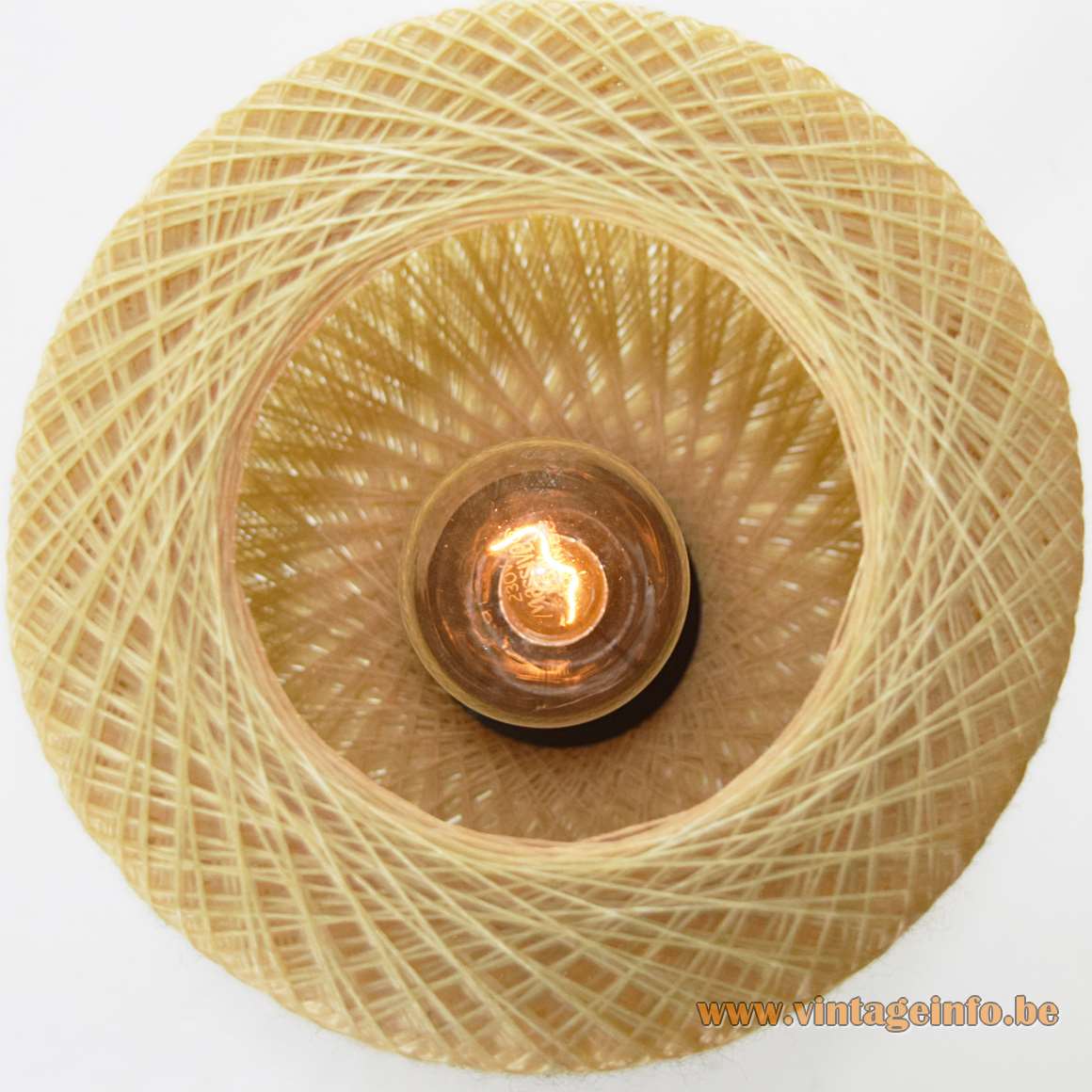 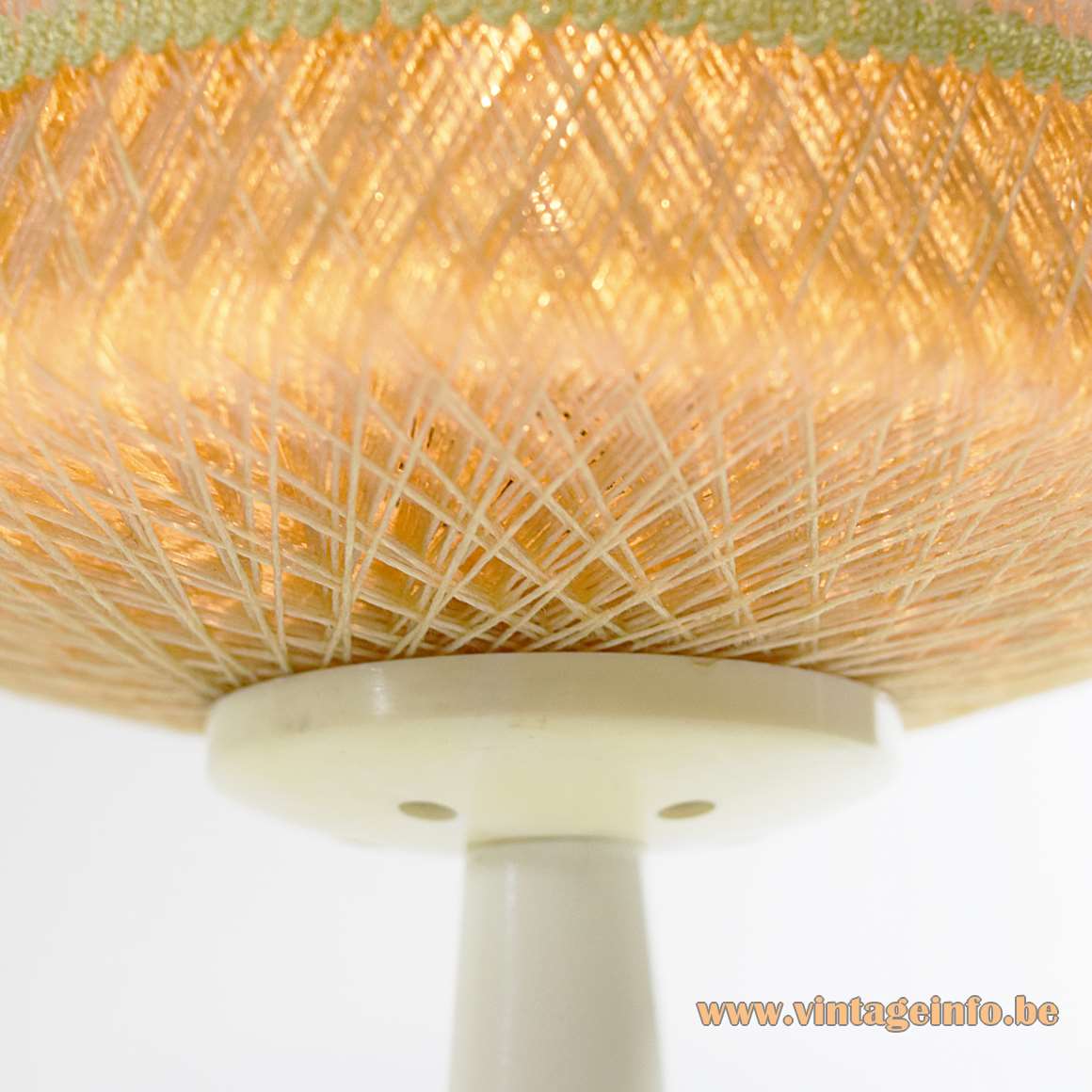 Materials: White round plastic base. Nylon wire for the round lampshade decorated with knitted crochet fabric. Bakelite socket.

Other versions: This nylon string bedside lamp exists in all probability in several colours. Many lights were produced with the same base but with a different lampshade.

Philips NTD 100 table lamp in a catalogue from 1968: different lampshade but it has the same base. 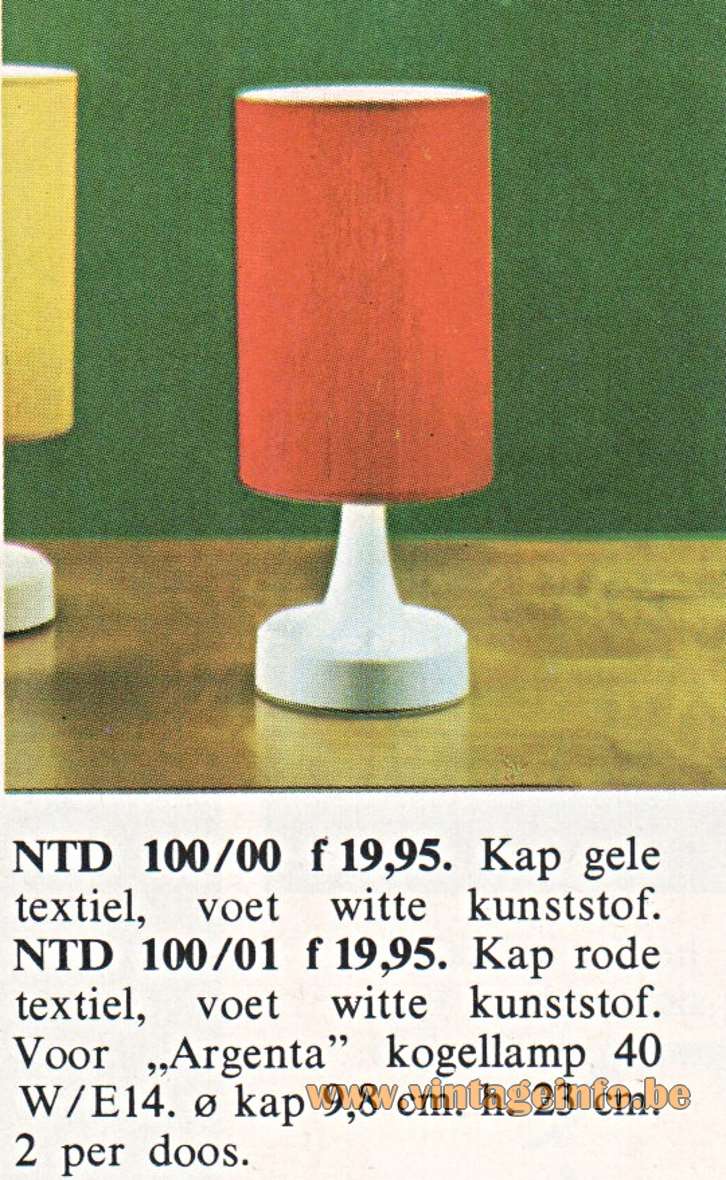 In the 60’s nylon wire became popular for lighting thanks to Paul Secon who designed many lamps with this wire for the German company Sompex. Several examples can be found on Vintageinfo.

Sompex was founded in 1948 by Rolf O. Burghard as the Soest Import en Export Company in Soest, North Rhine-Westphalia, Germany. In 1950 they moved to Düsseldorf. Sompex was the exclusive importer of Scandinavian design and expanded rapidly.  Since the 70’s Sompex is focused on interior lighting. The company is a family business and it still exists. Below are two pendant lamps Paul Secon designed for Sompex.