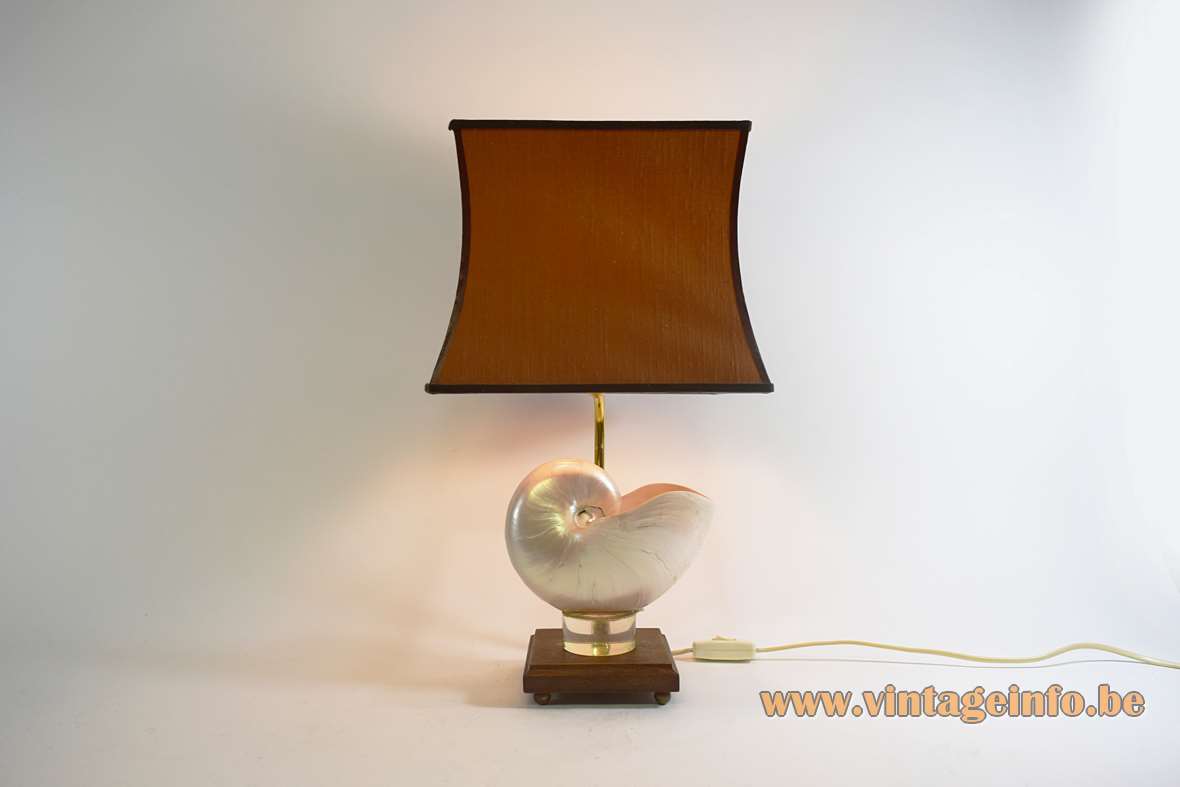 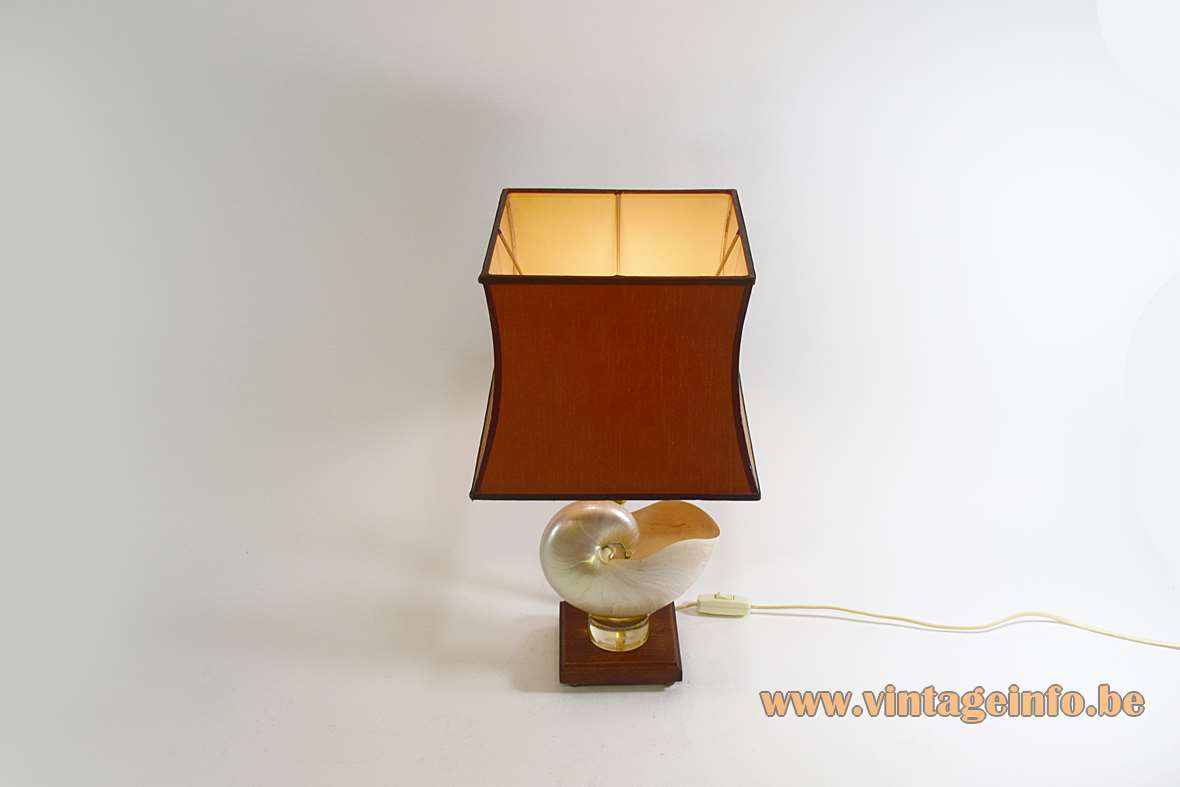 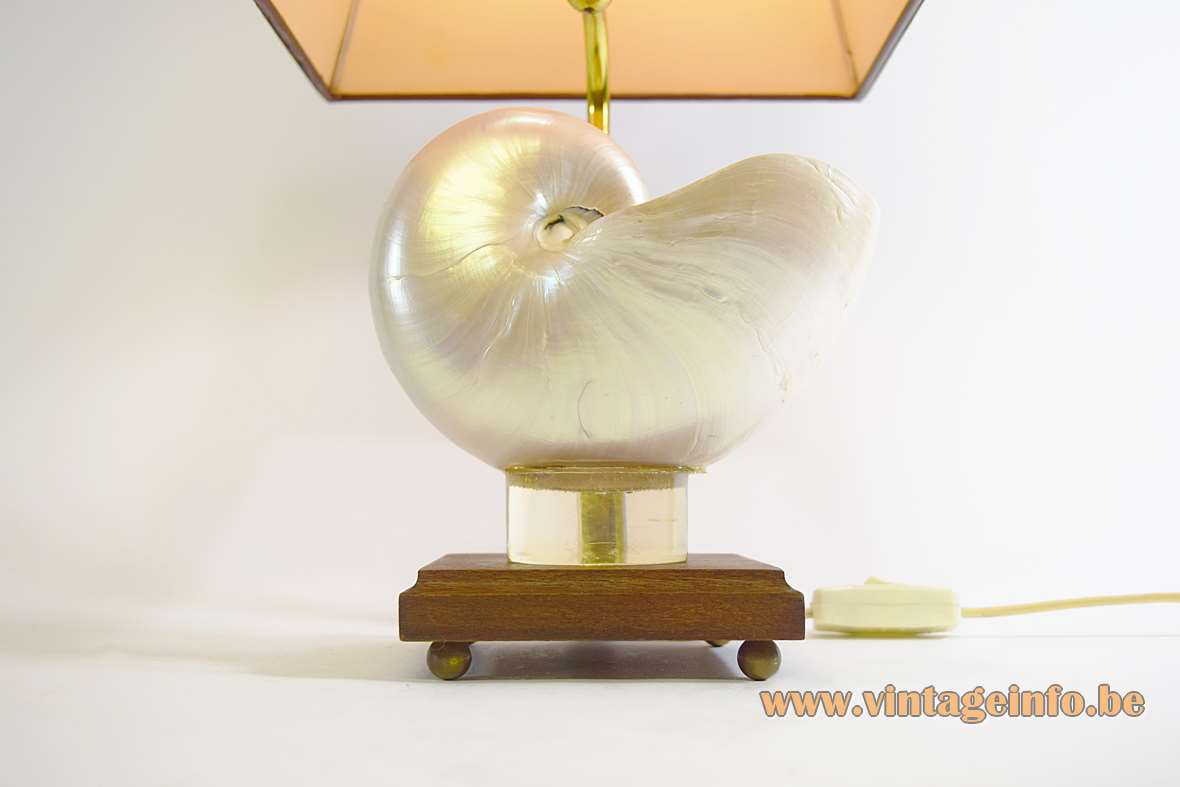 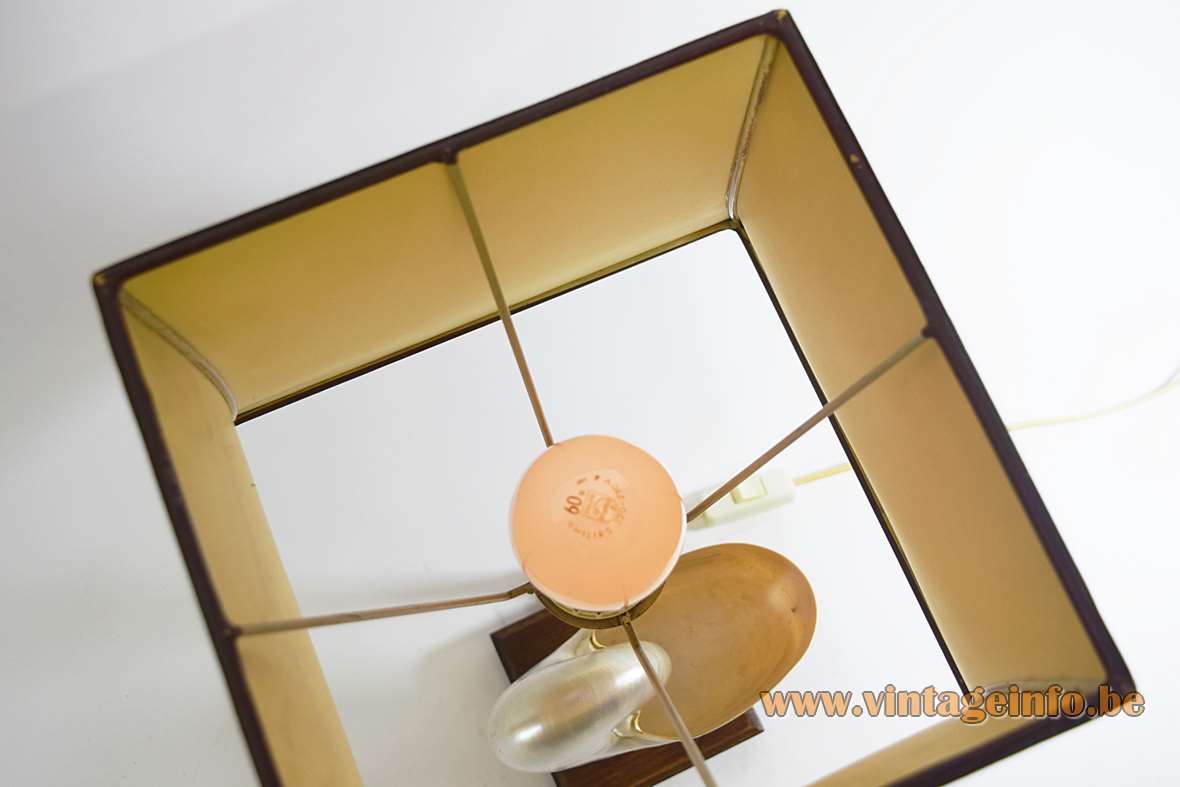 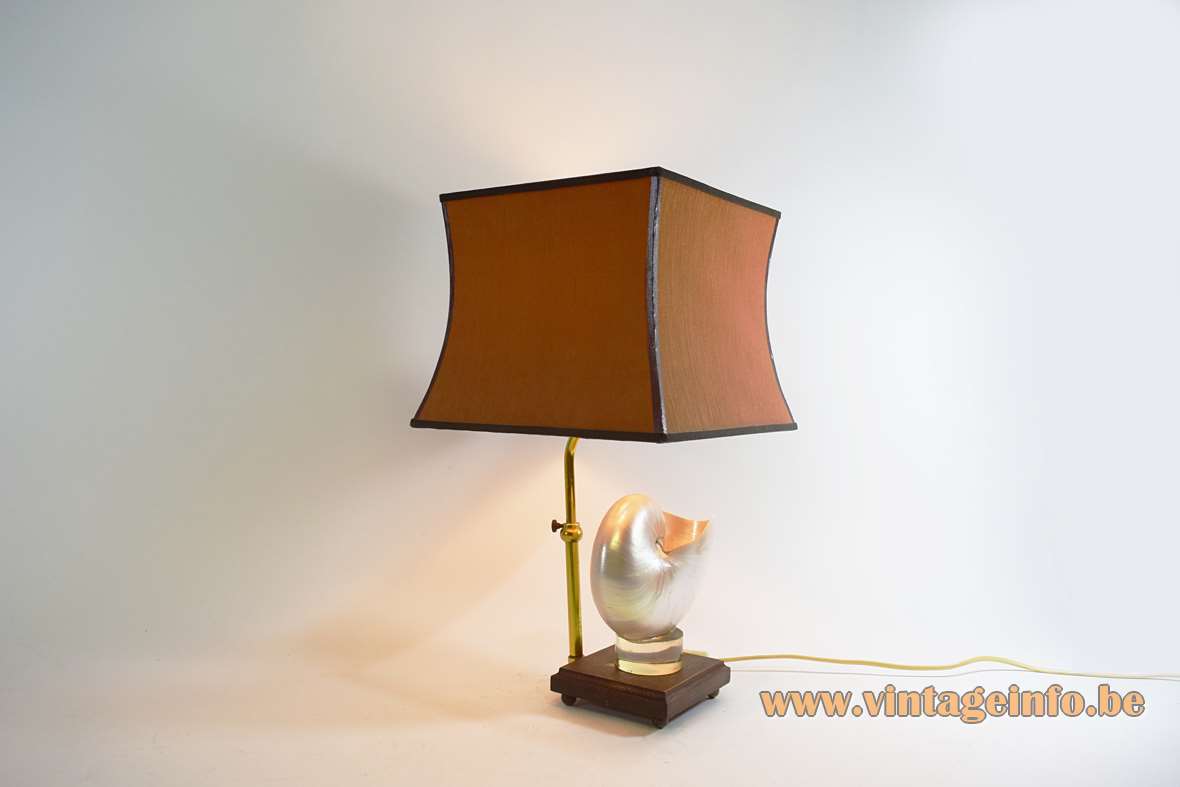 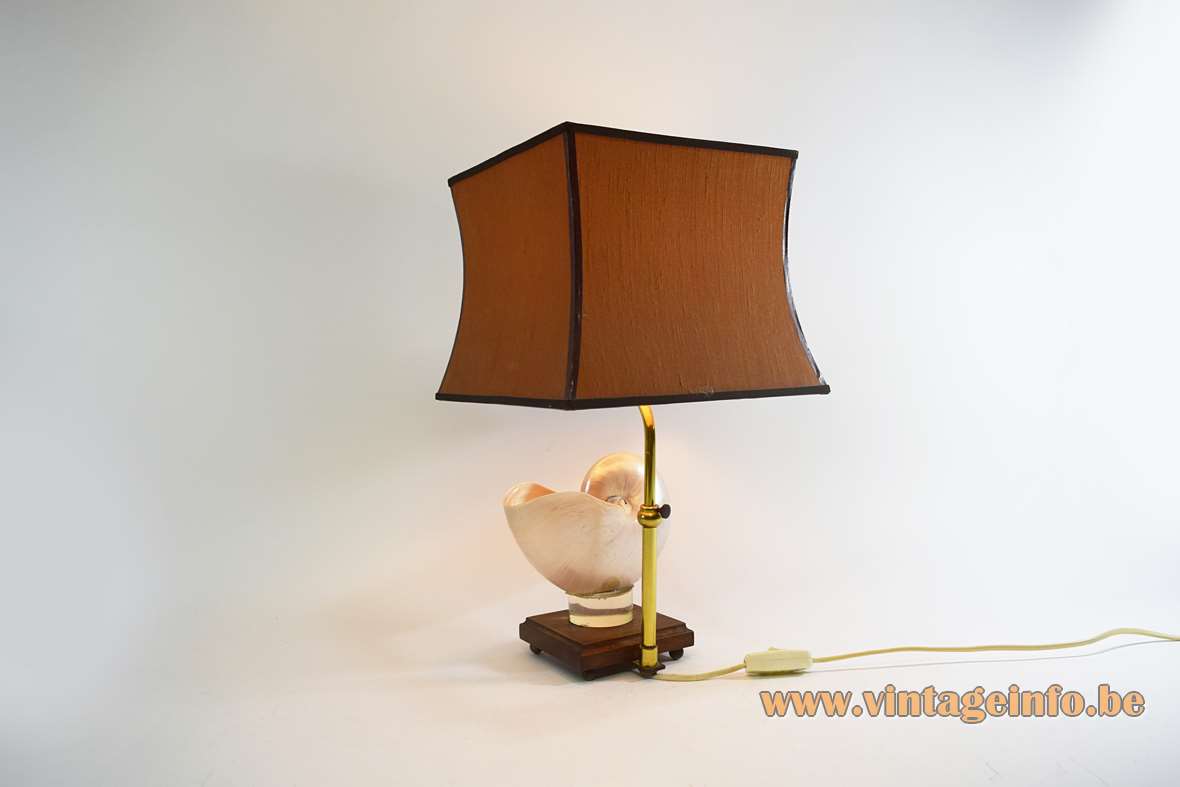 Electricity: 1 bulb E27, 1 x 75 watt maximum, 110/220 volt.
Any type of light bulb can be used, not a specific one preferred, but a clear bulb gives always the most beautiful effect on shells, fossils and minerals.

Other versions: These Nautilus table lamp exists in all probability in several sizes and colours. Made with minerals, corals, shells and so on.

Do you have an idea about this table lamp? Please let us know through the contact form and help improve the websites exactitude. Your help is much appreciated.

In the beginning of the 1970s almost every lamp-company produced lamps in this style. Often made in Italy, France and Belgium.

Of course this lamp is not from his factory, though it was bought in Belgium. The lamps made by Wily Daro are made in a high end quality. Most of the lamps you find online attributed to the artist are not by his hand.

Below are 100% genuine Willy Daro lamps. The pictures were taken from his sons website a couple of years ago. The website no longer exists. The company itself ended business in 1987.


In Willy Daro’s factory worked several people, many lamps were not by his hand, but they are all handmade, of course.

These lamps became popular because at that time the collecting of minerals, gems, fossils, shells and corals boomed. In almost each city appeared a store that sold minerals, fossils and corals, and also due to Willy Daro who made these lamps famous.

Nautilus is a genus of cephalopods such as a squid and octopus but it has an external shell. 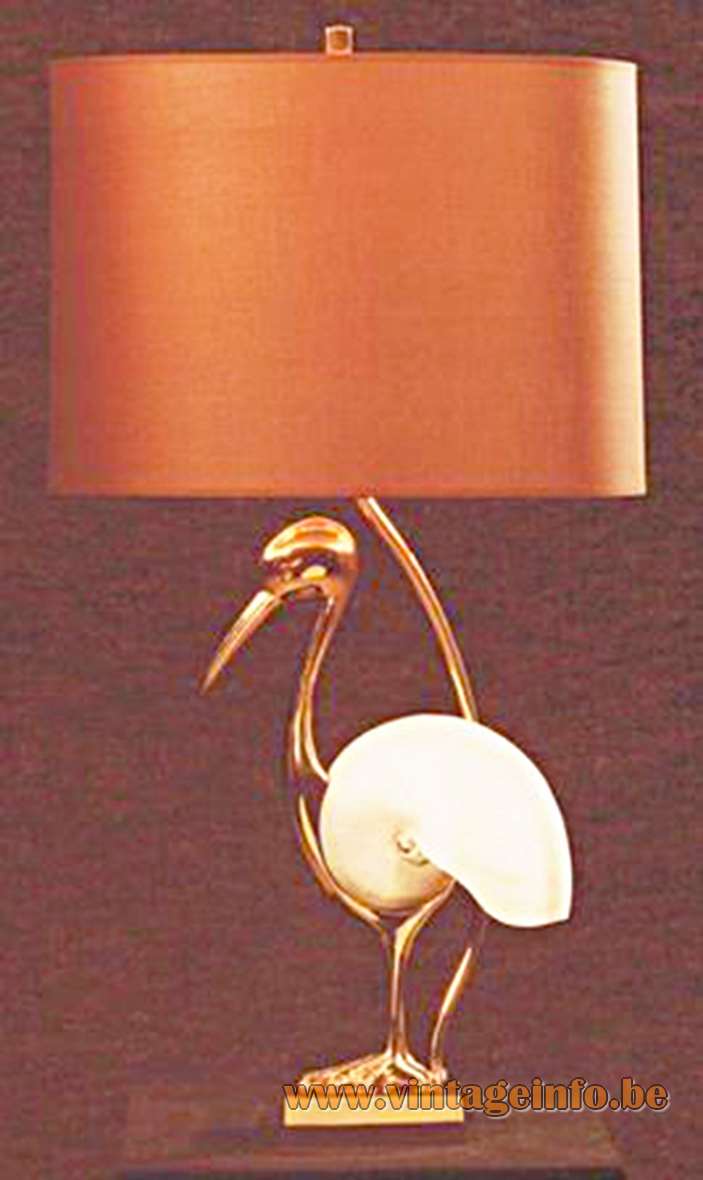 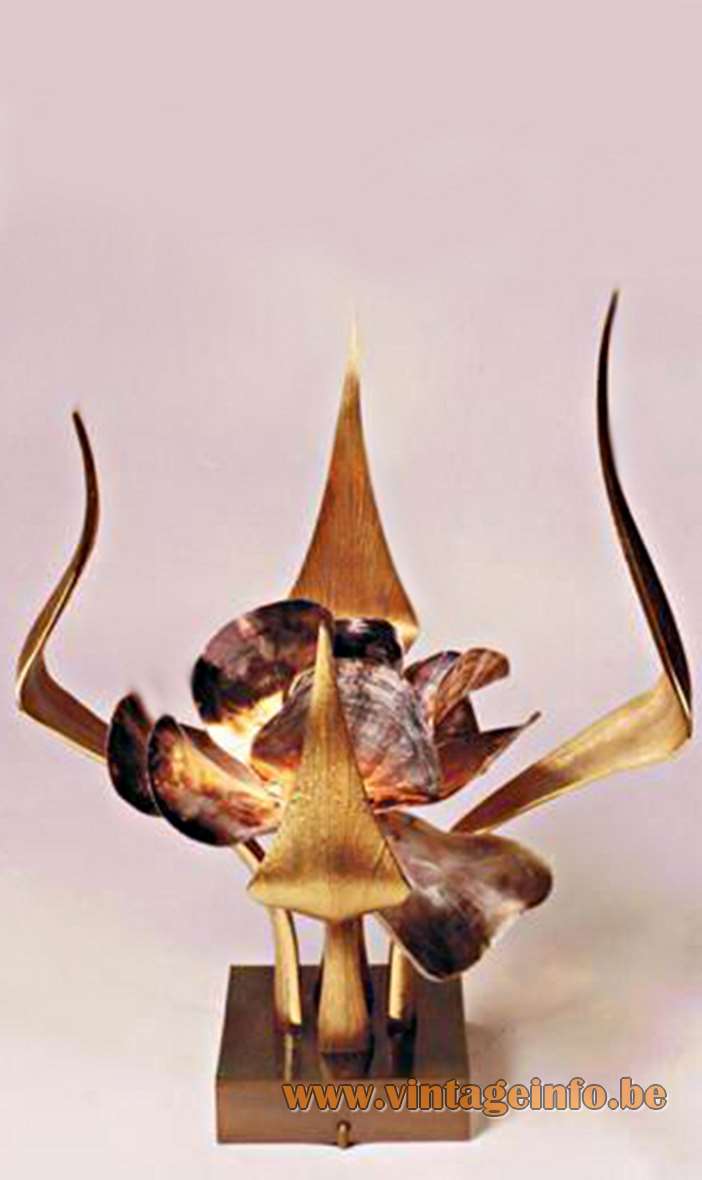