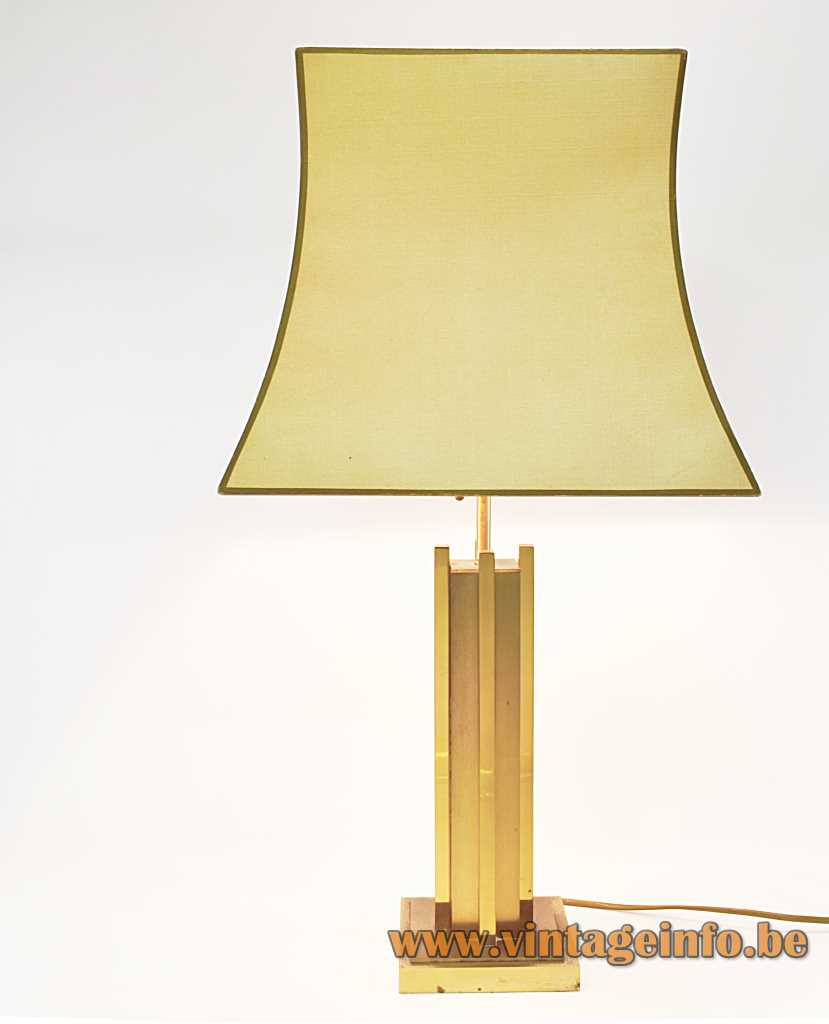 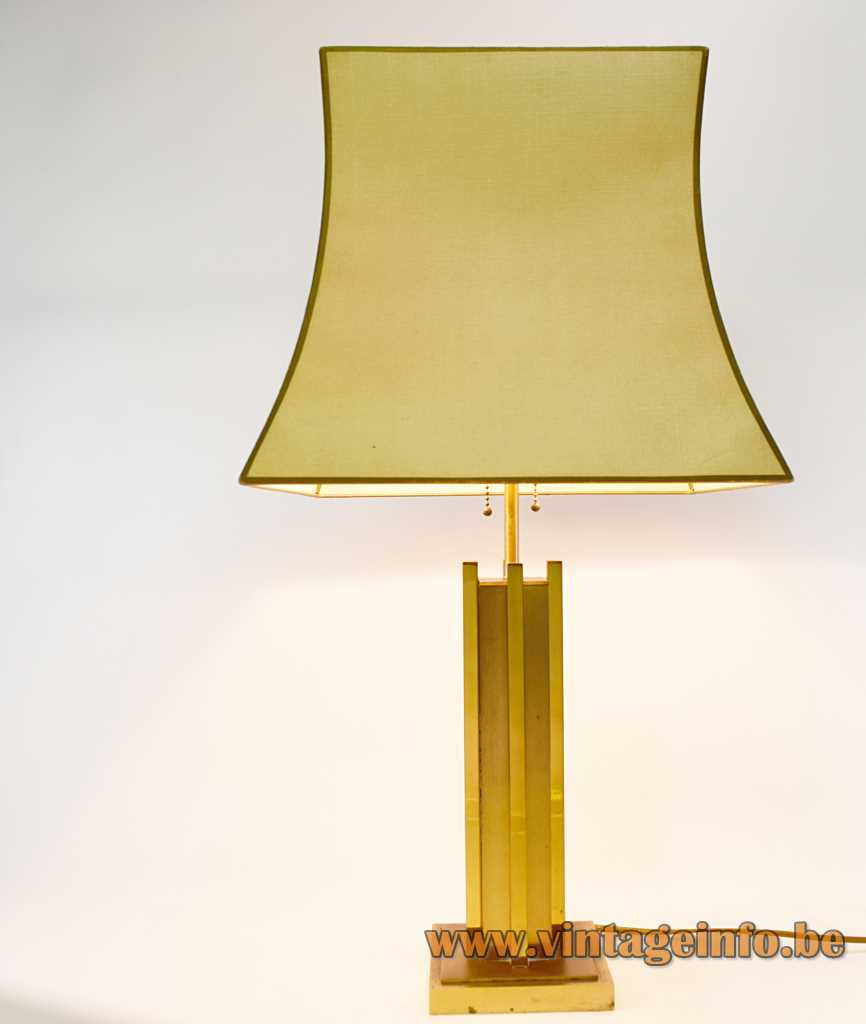 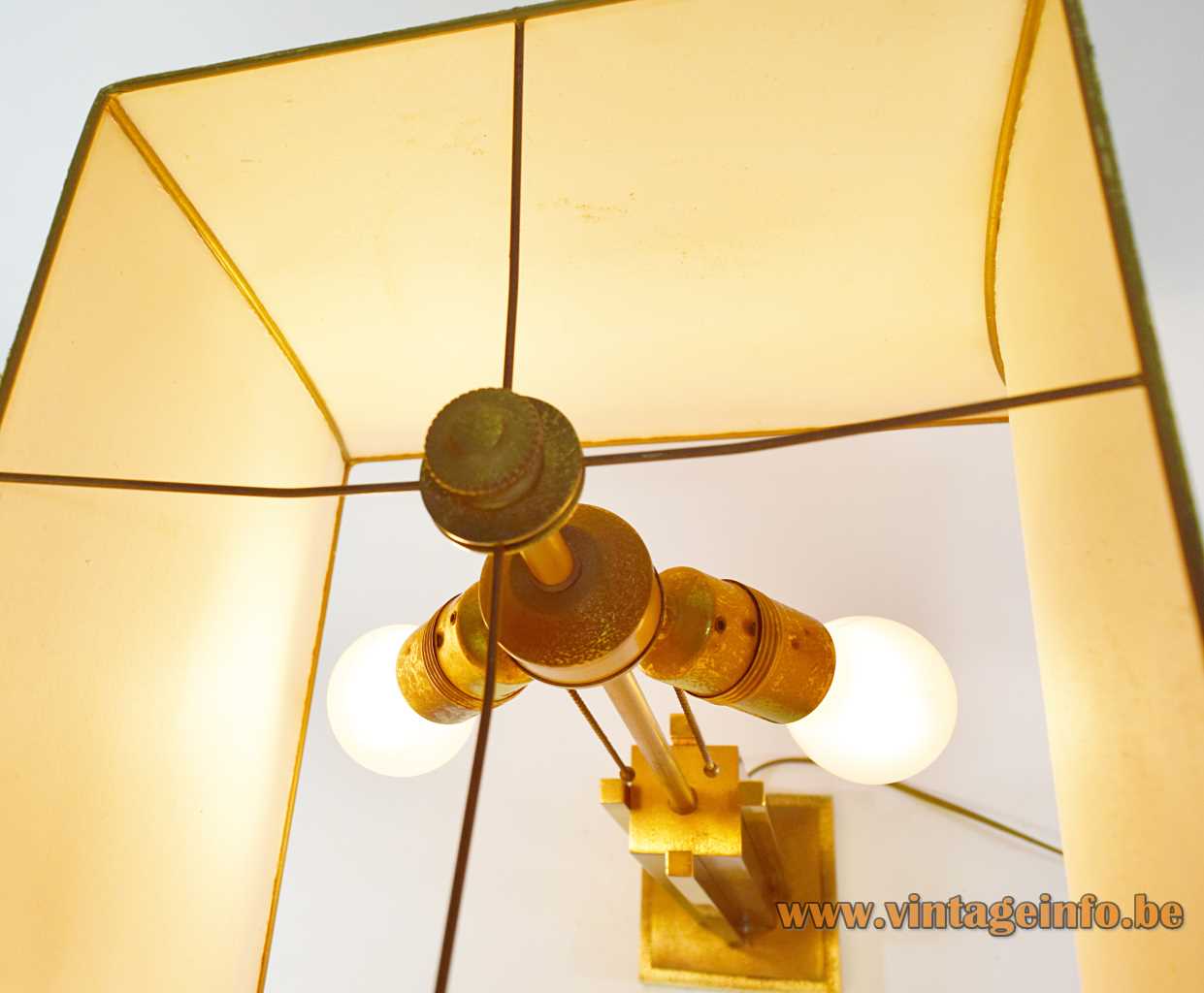 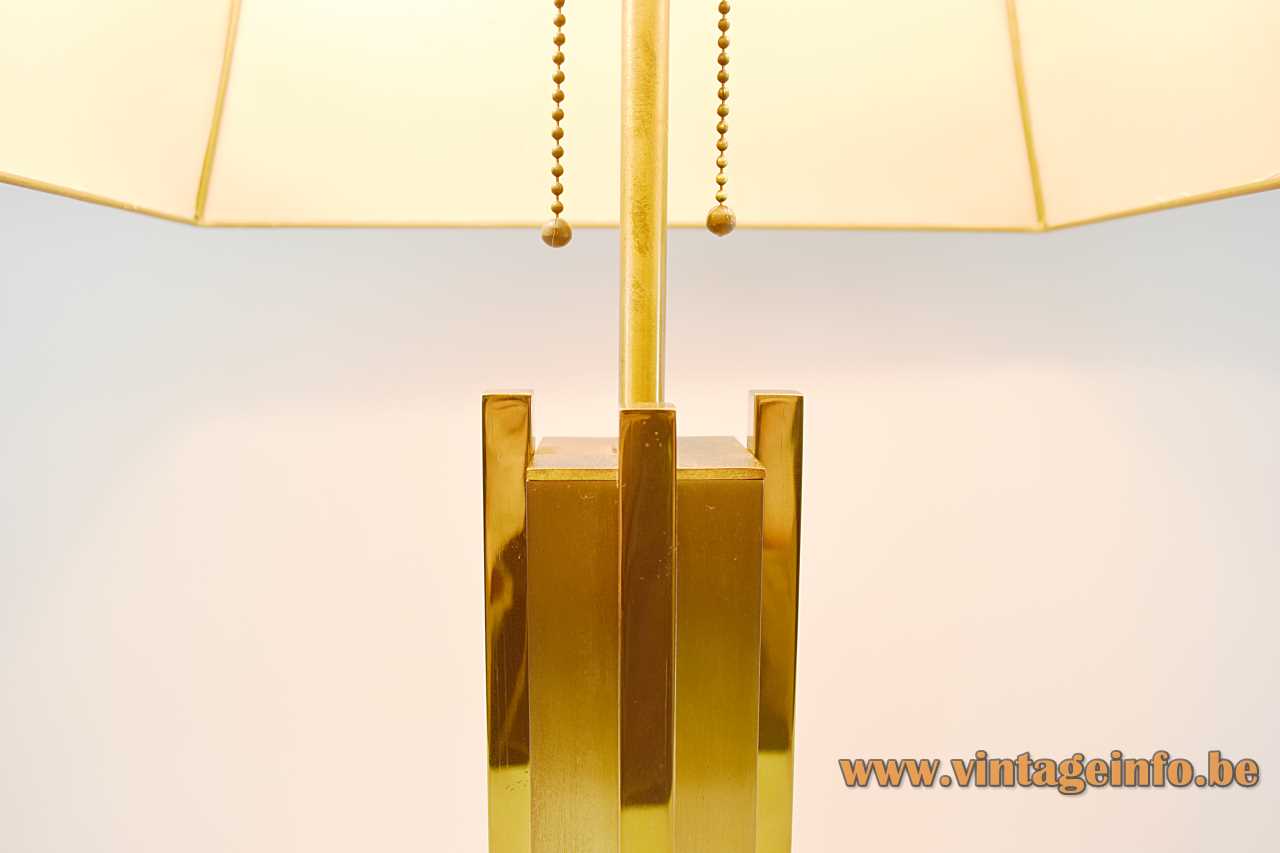 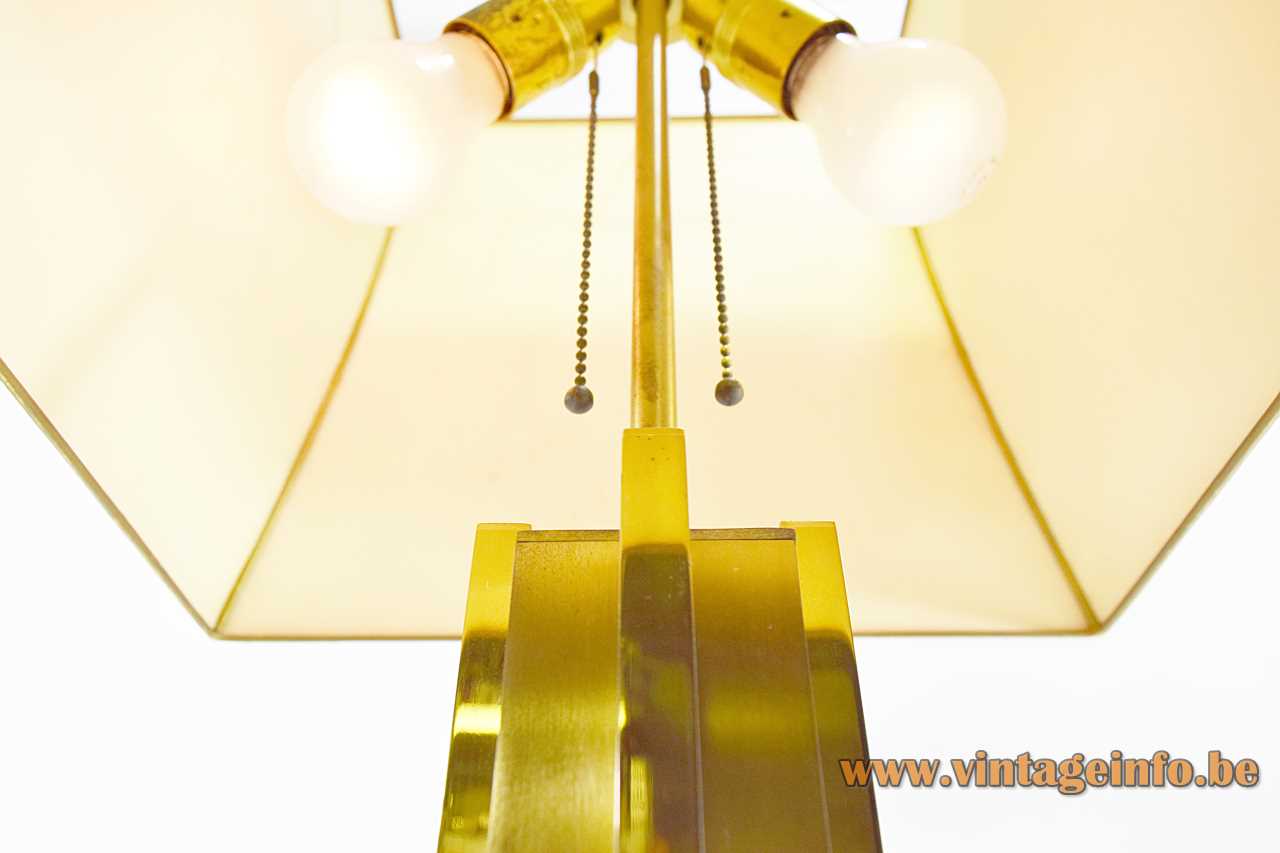 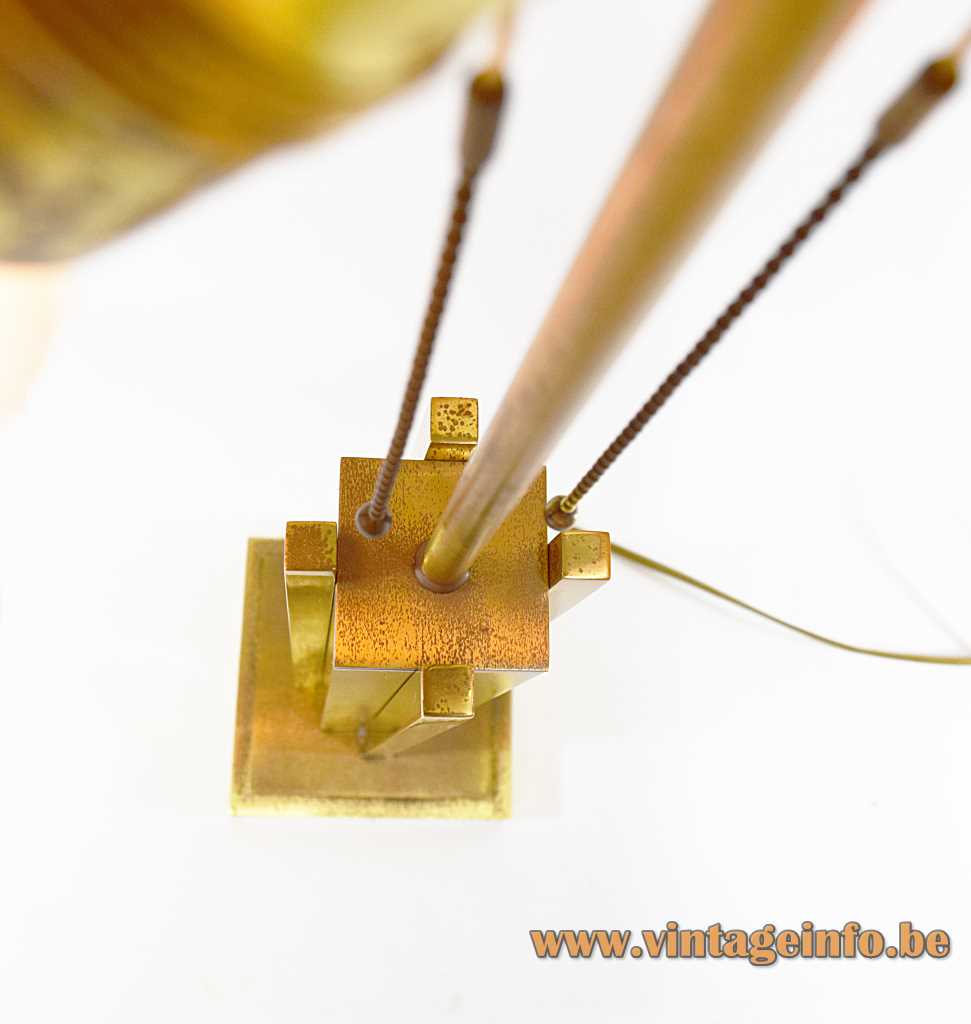 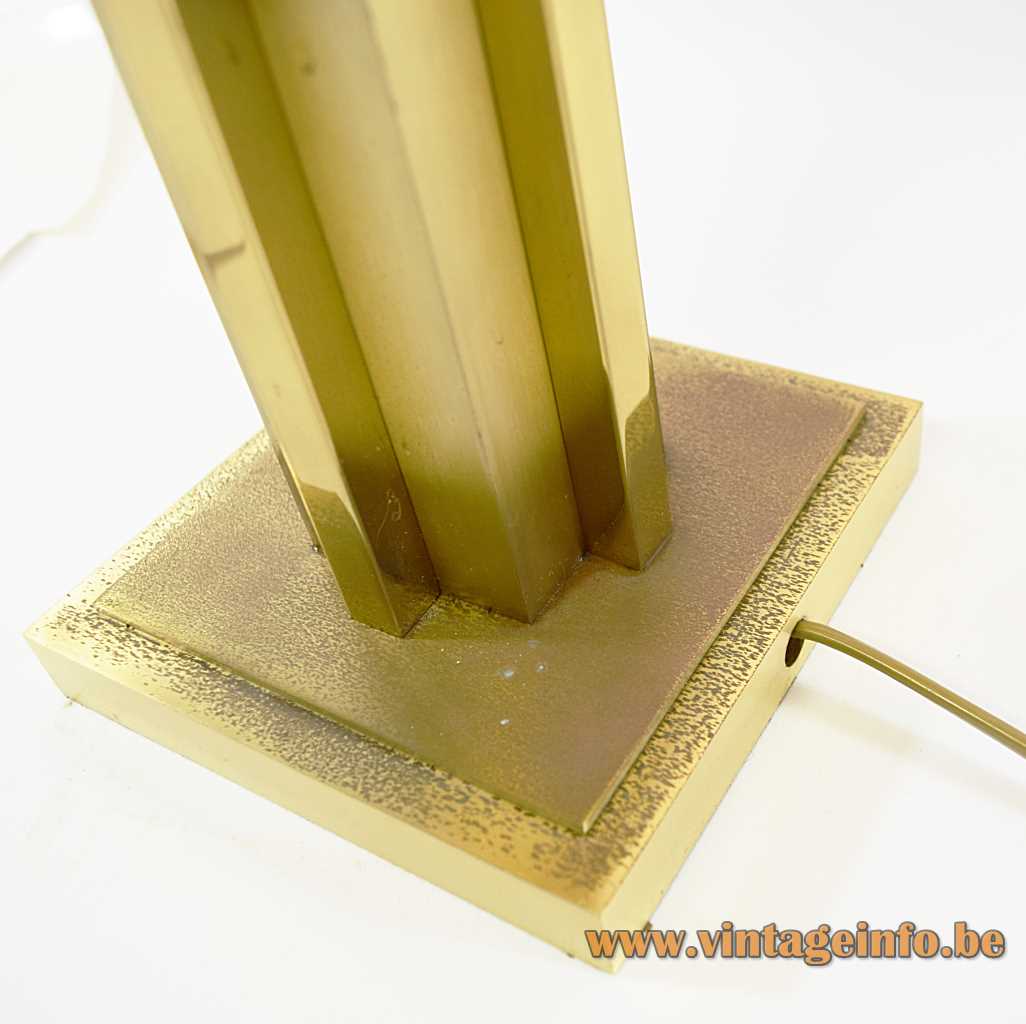 A Belgo Chrom brass table lamp was used as a prop in the 2020 French film Comment Je Suis Devenu Super-Héros (How I Became a Superhero). Starring Leïla Bekhti, Benoît Poelvoorde and Vimala Pons.

This table lamp has two pull cord switches. One for every light bulb. This lamp is often attributed to Gaetano Sciolari, because it is made in his style.

The Dutch Herda company sold a very similar lamp, probably also made by Belgo Chrom. It has a slightly different base and uses 1 light bulb.

Belgo Chrom was a company founded by the family De Wulf. First located in Gavere, later around 1984 it moved to Deinze near Ghent (Gent) in Belgium.

The range consisted of complete dining rooms (tables, chairs, …) a wide variety of display cases, dressers, special hi-fi racks and all kinds of accessories from lamps to mirrors, mainly made in metal.

For a while, until 2002, they had a showroom at the Trade Mart on the Heysel Plateau (Heizel), the area in the north of Brussels, where the 1935 Brussels International Exposition and the Expo 58 took place. At that time 70 people worked for the company. Belgo Chrom went bankrupt in 2011. 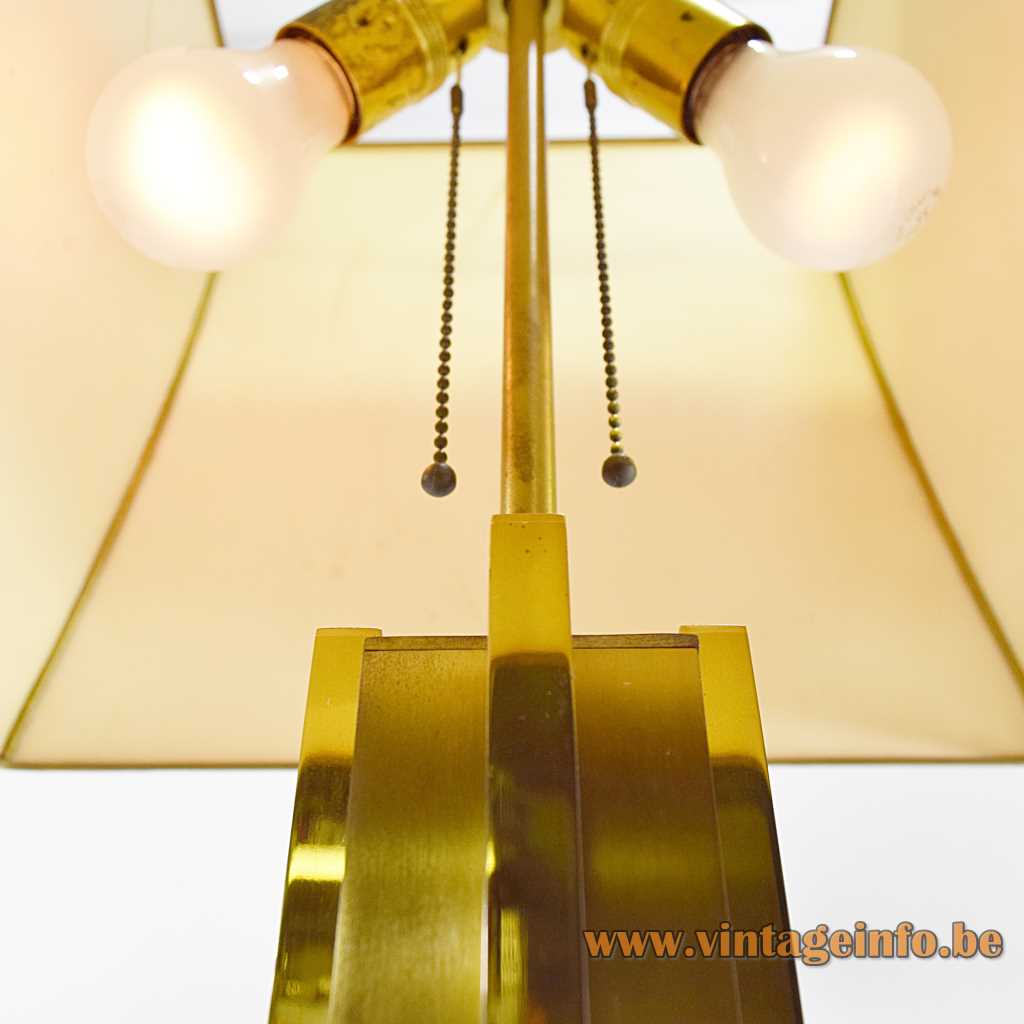 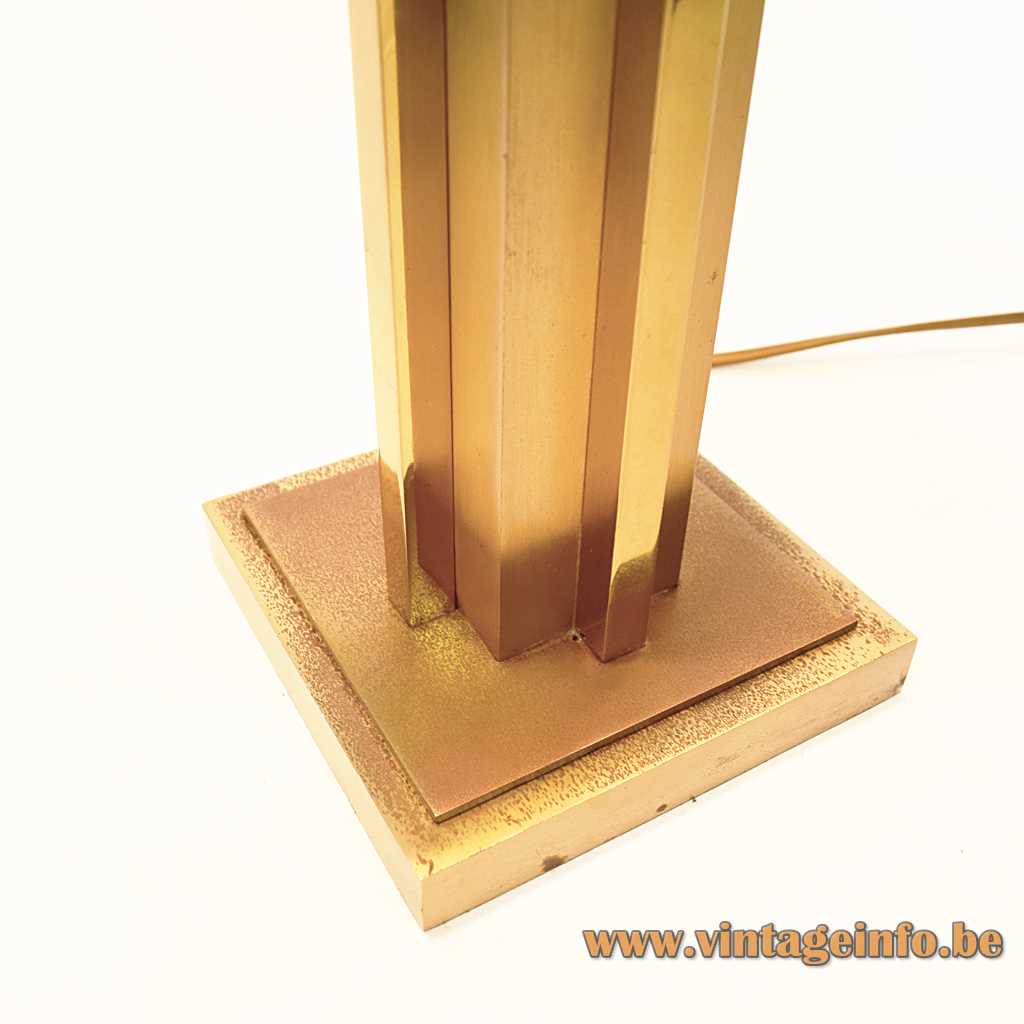