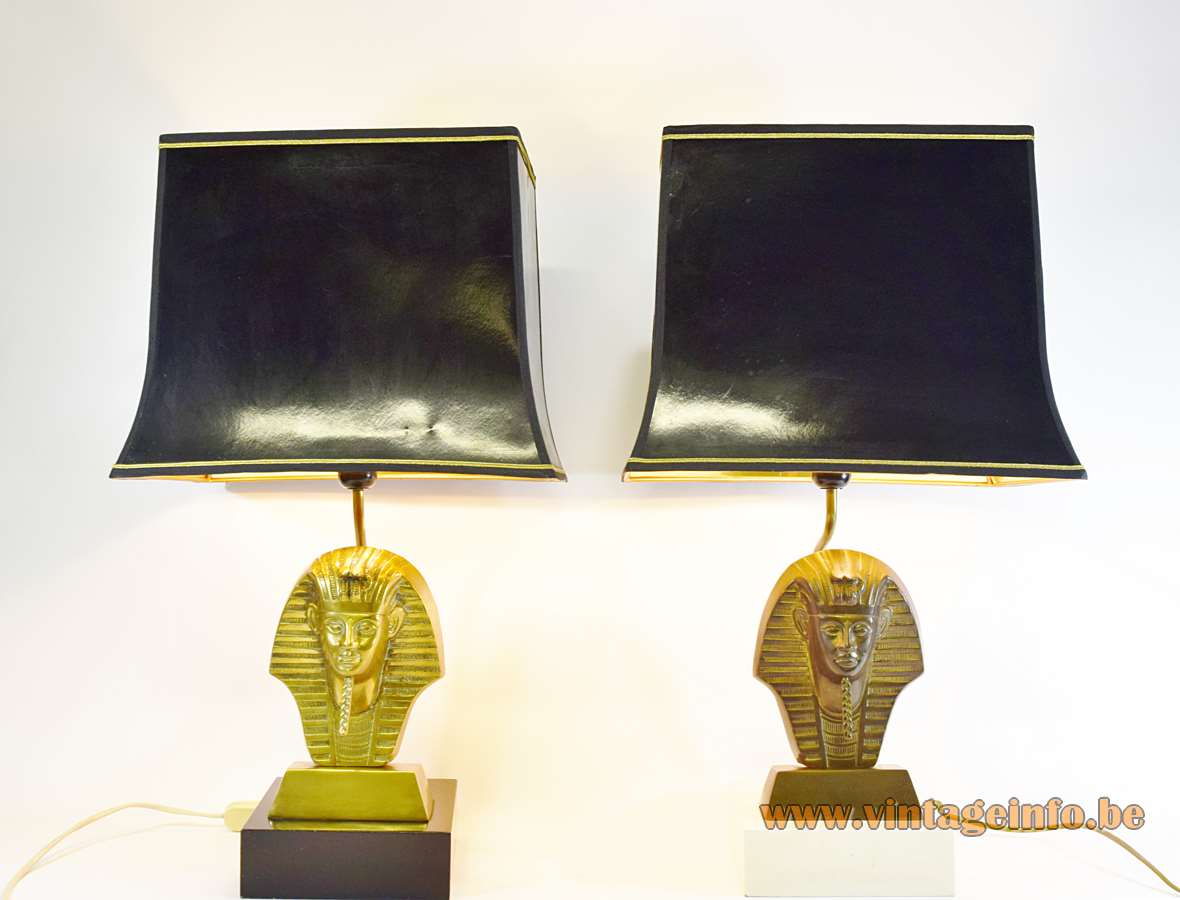 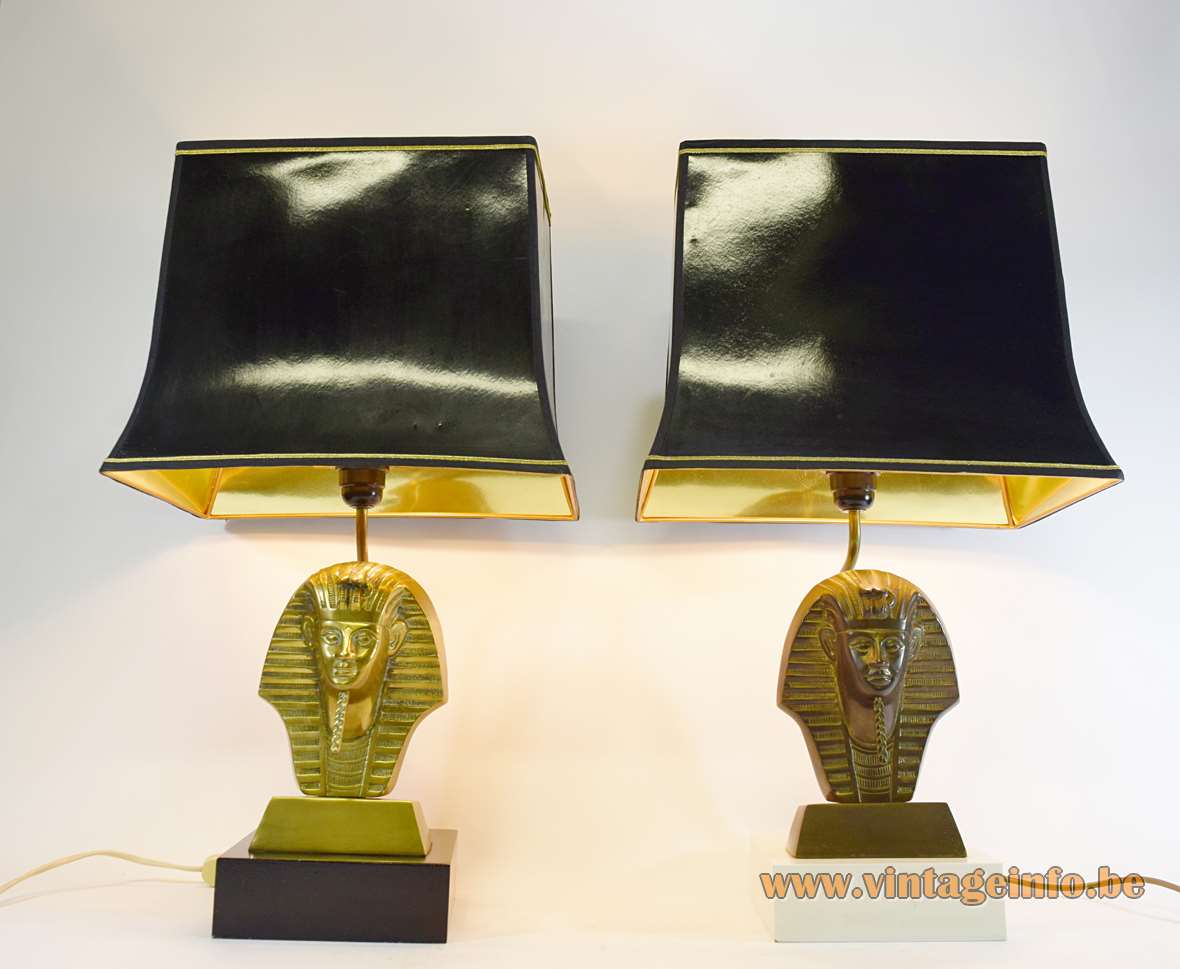 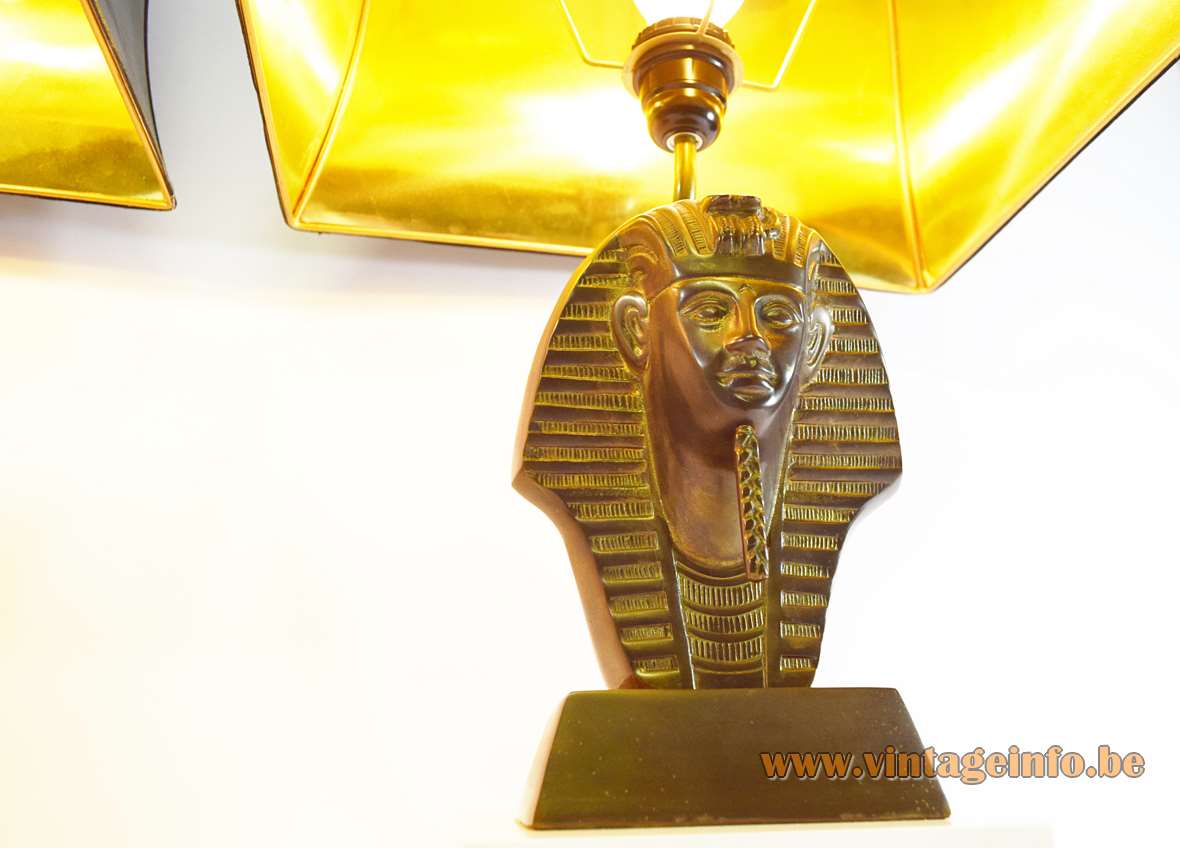 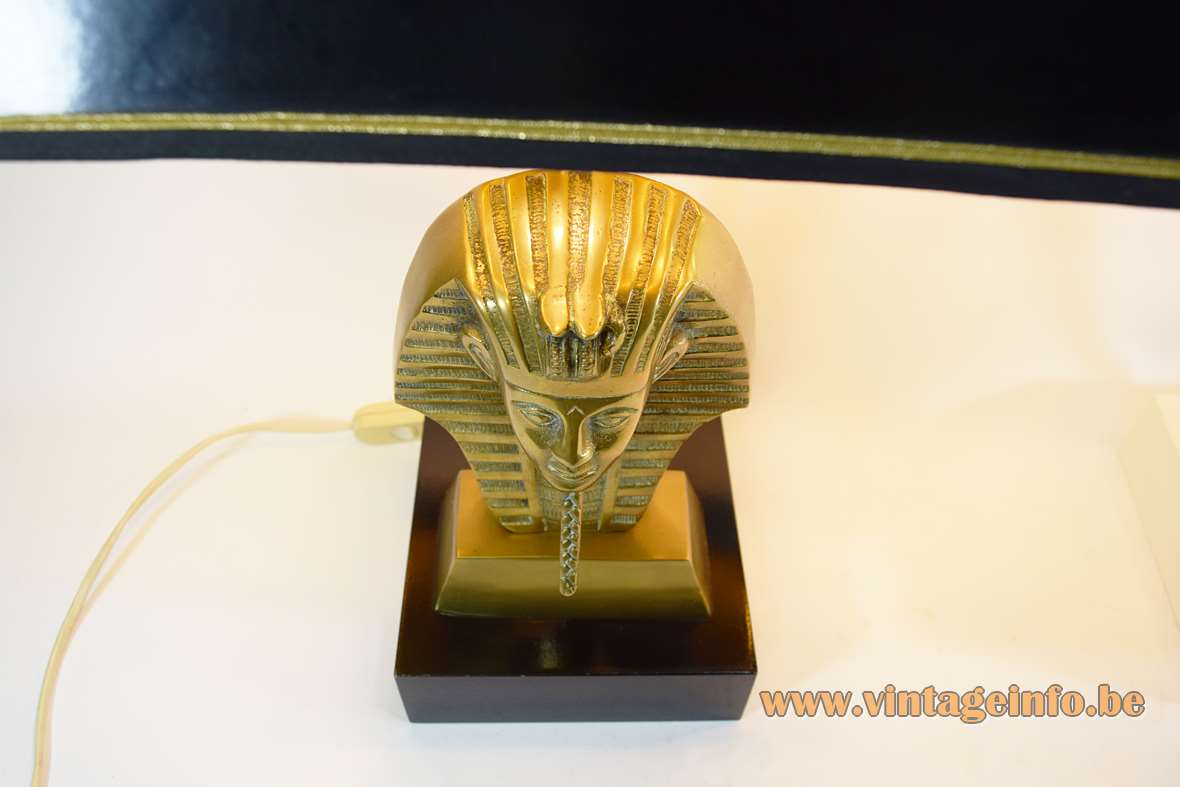 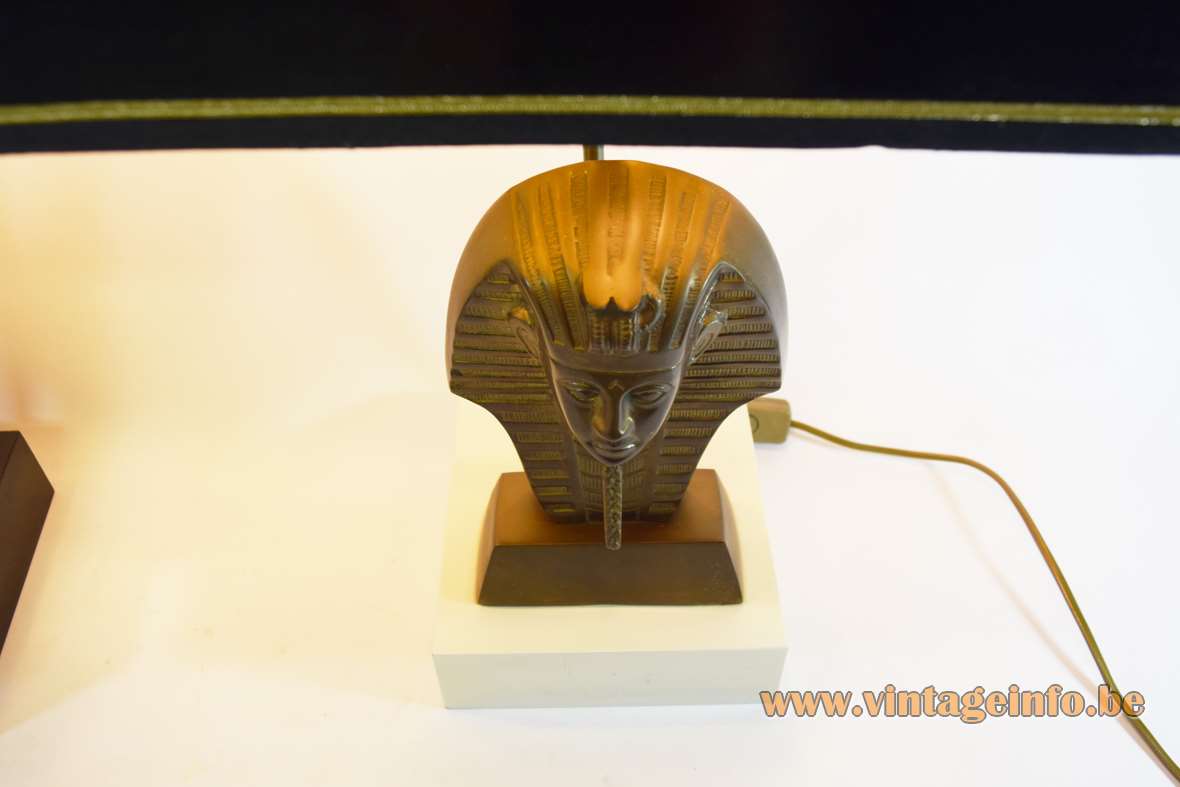 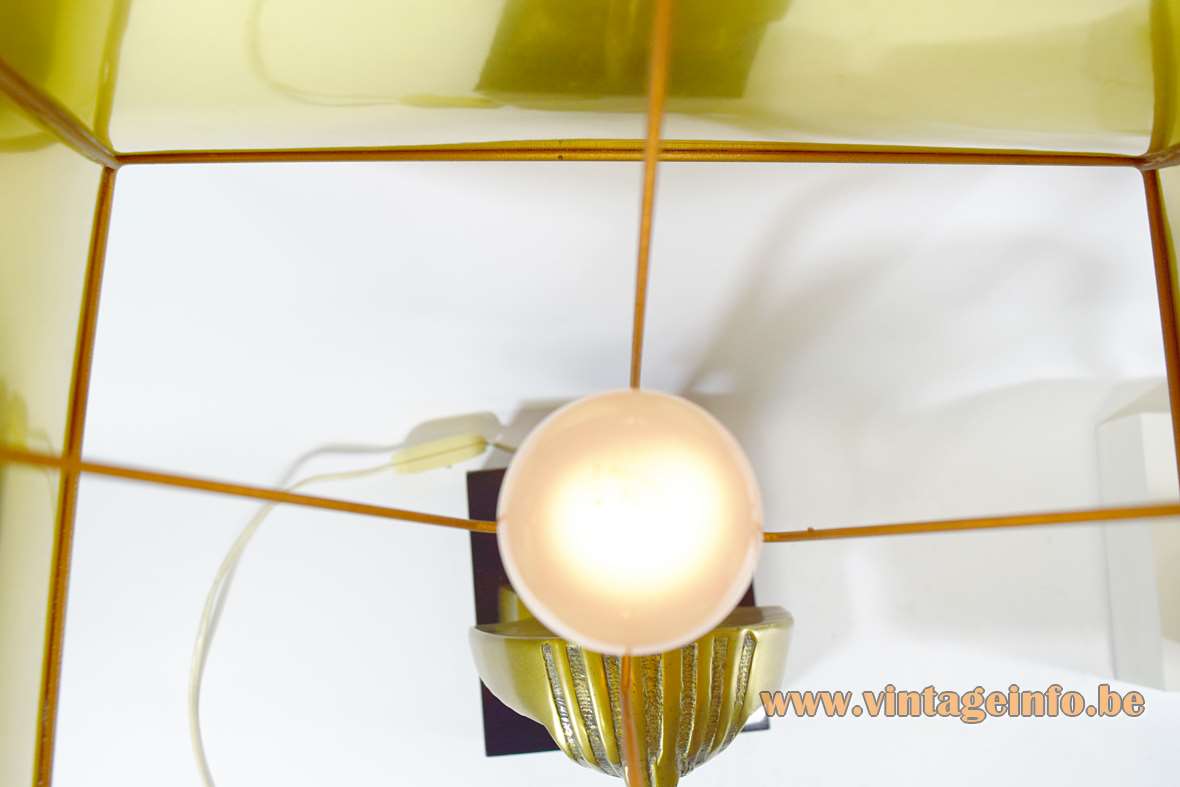 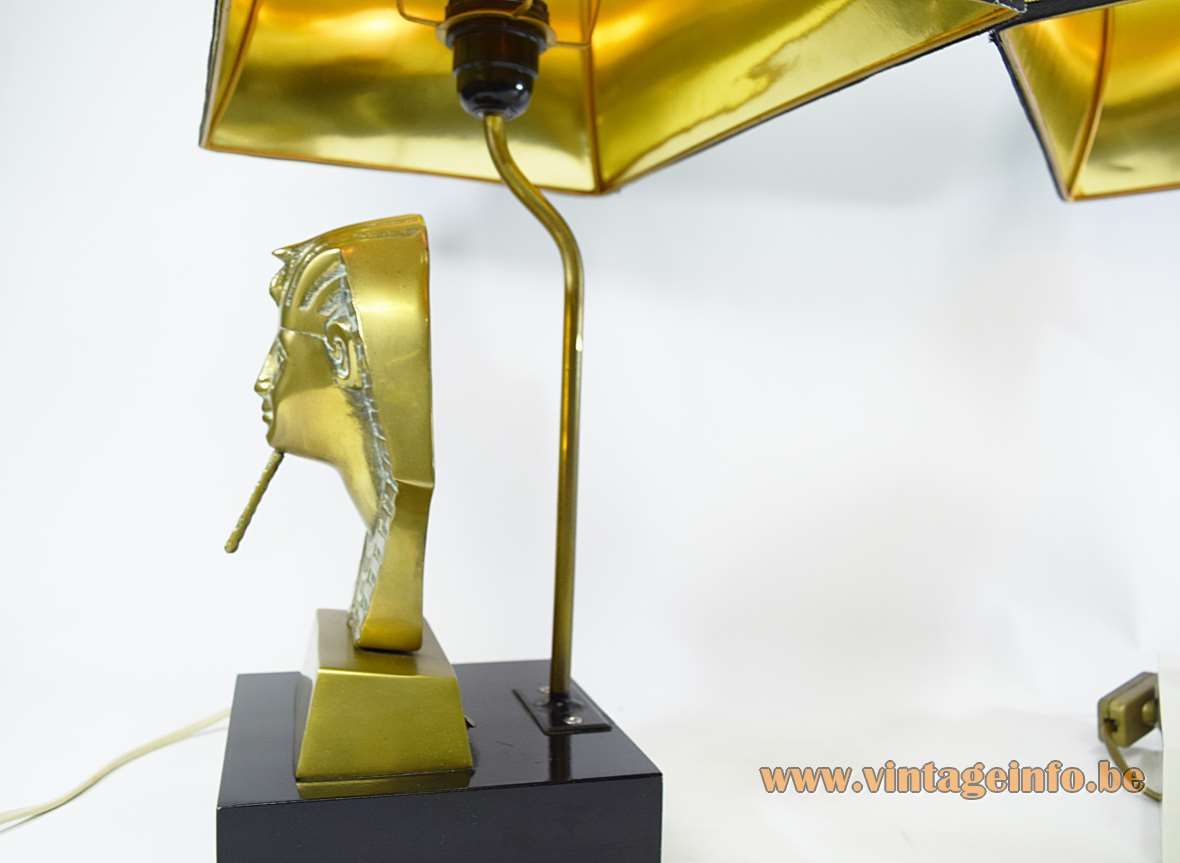 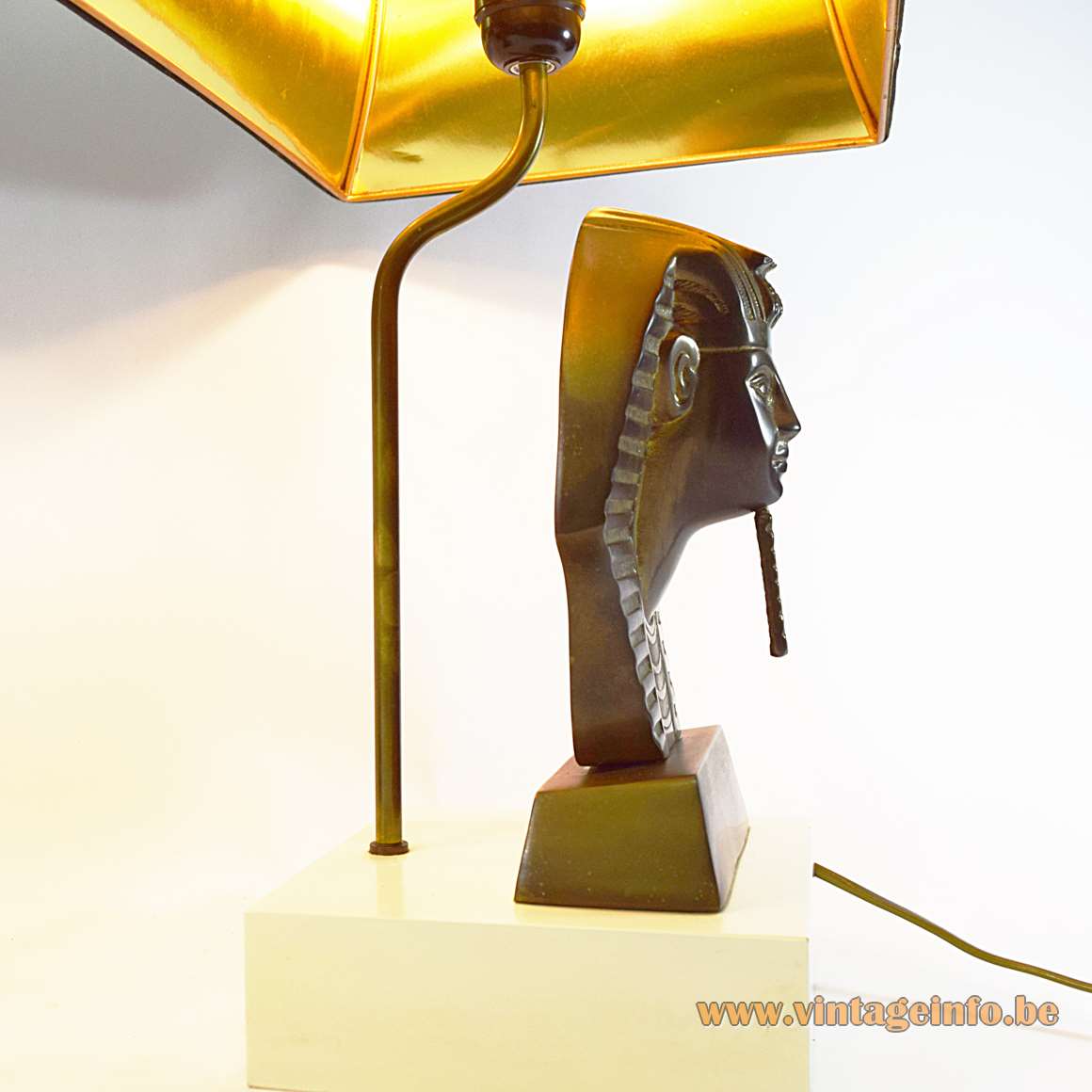 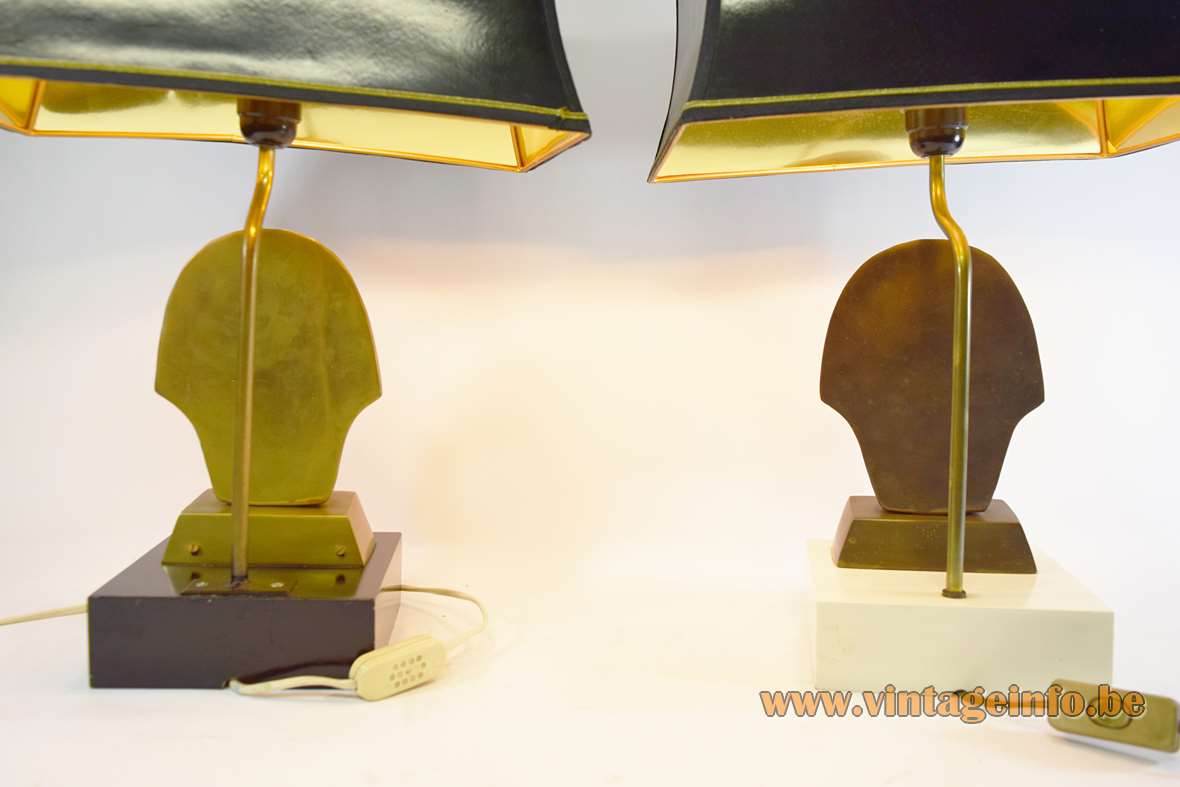 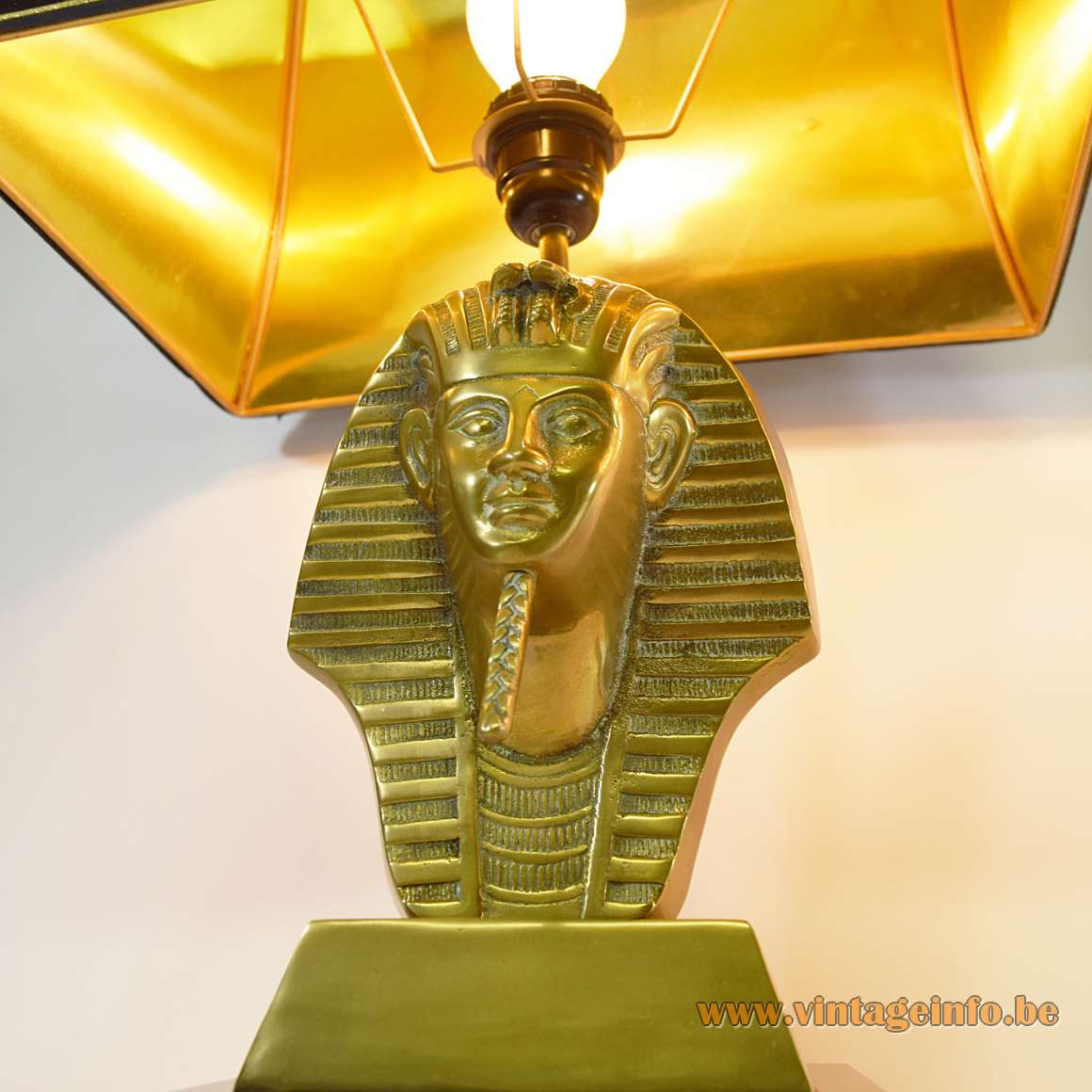 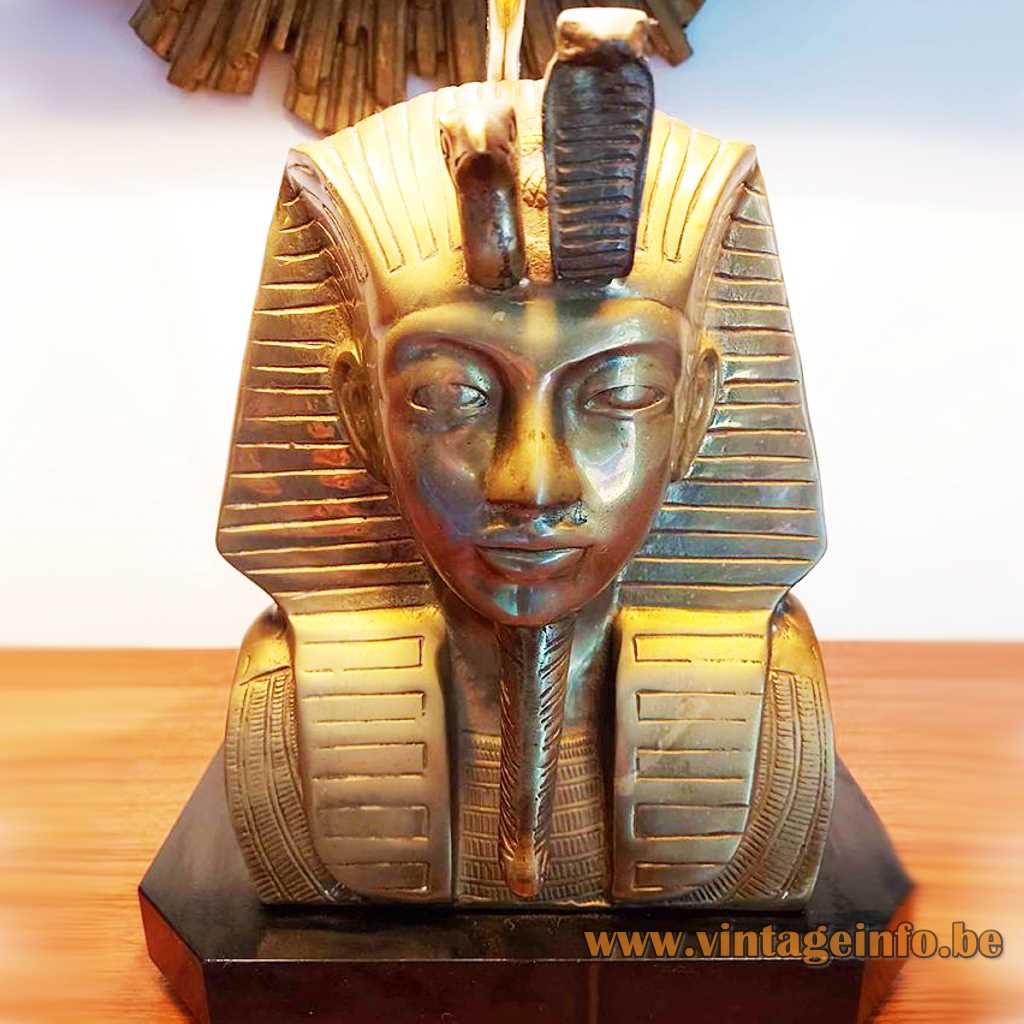 Other versions: These Tutankhamun table lamps exists in some small varieties and a few variations. For instance, the pharaoh lamp with the black base is an earlier version as the white lamp. The electric components are older and it is not quite as good finished as you can see on the pictures below (photos from the back side of the table lamps). Also another statue exist, as you can see.

King Tut: These lamps became popular in Europe in the late 1960s after the King Tutankhamun exhibitions in Paris, France (1967) and Brussels, Belgium (1970). 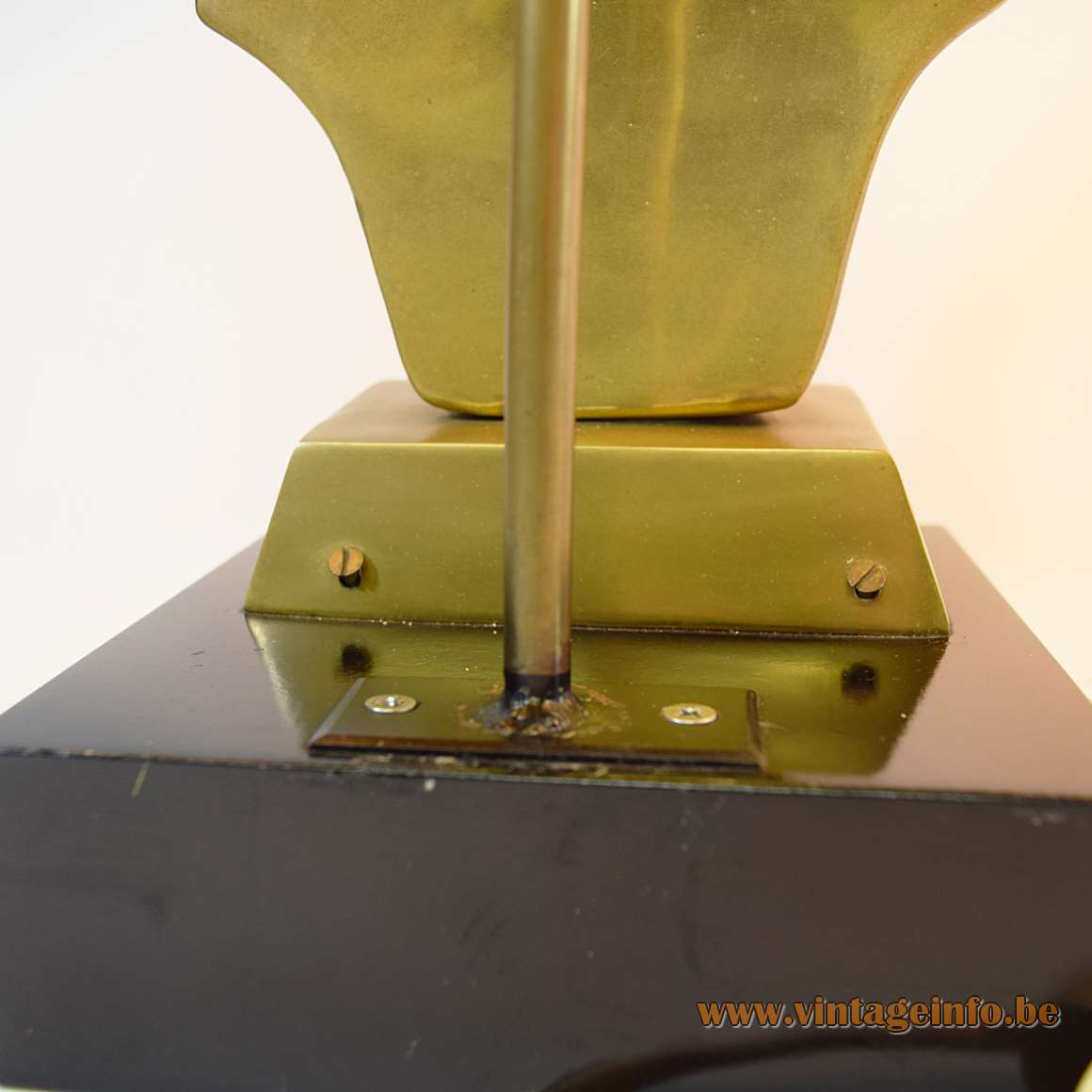 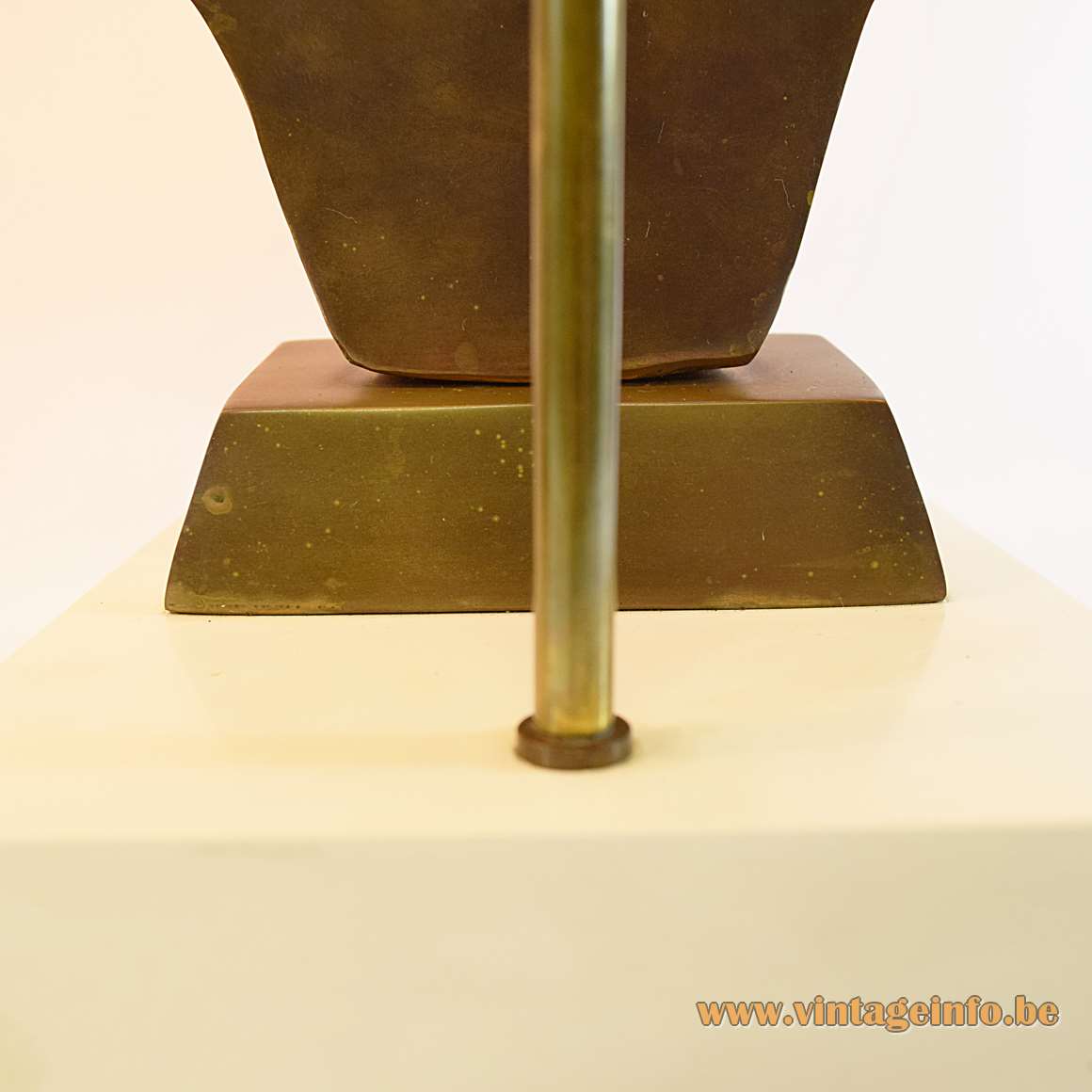