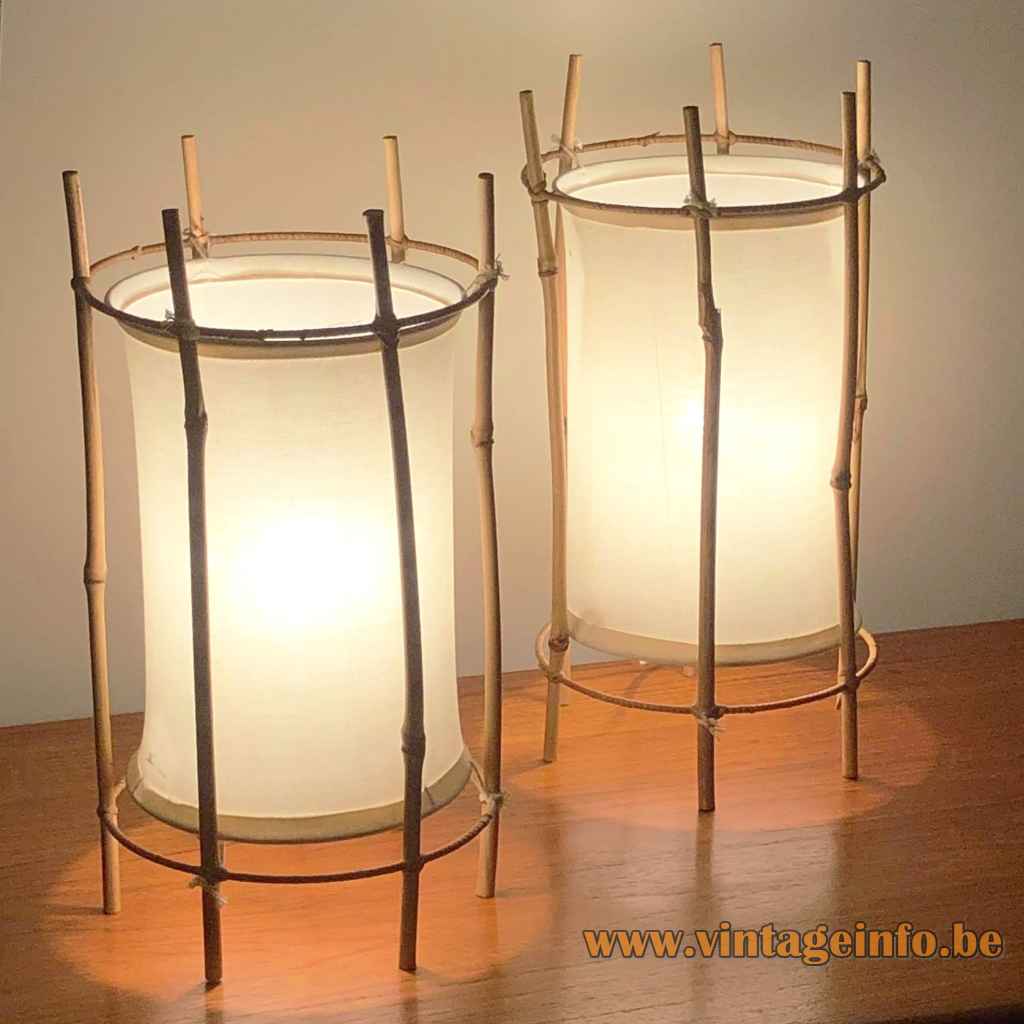 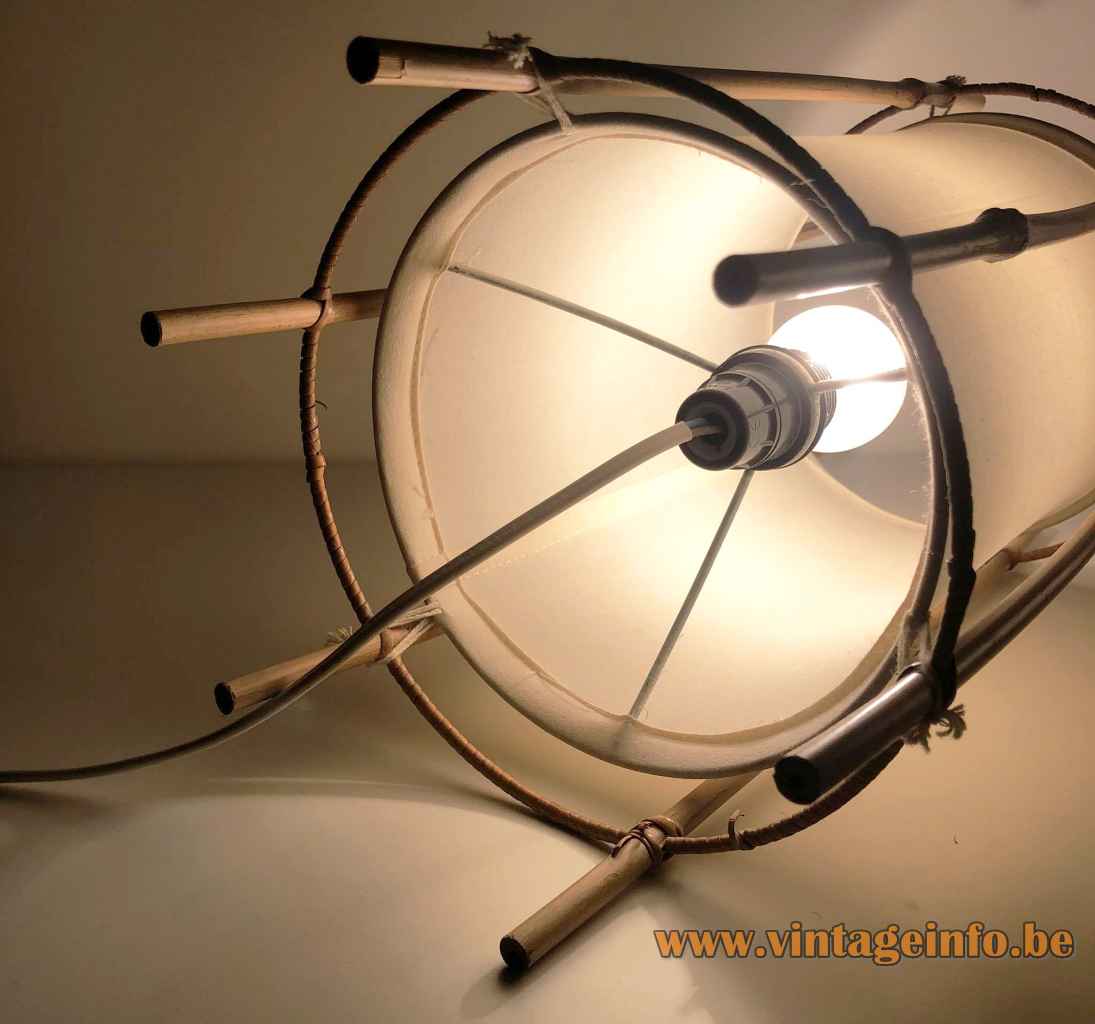 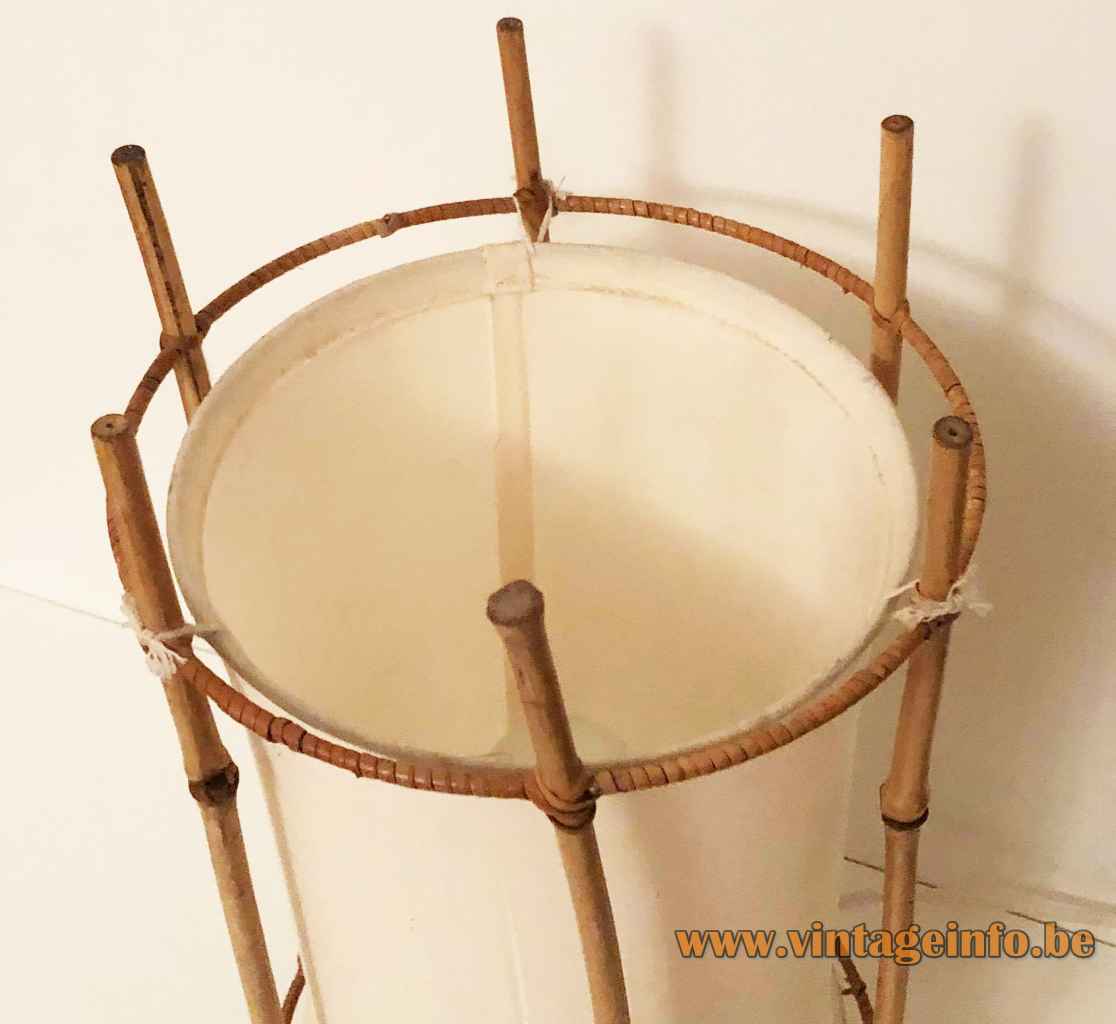 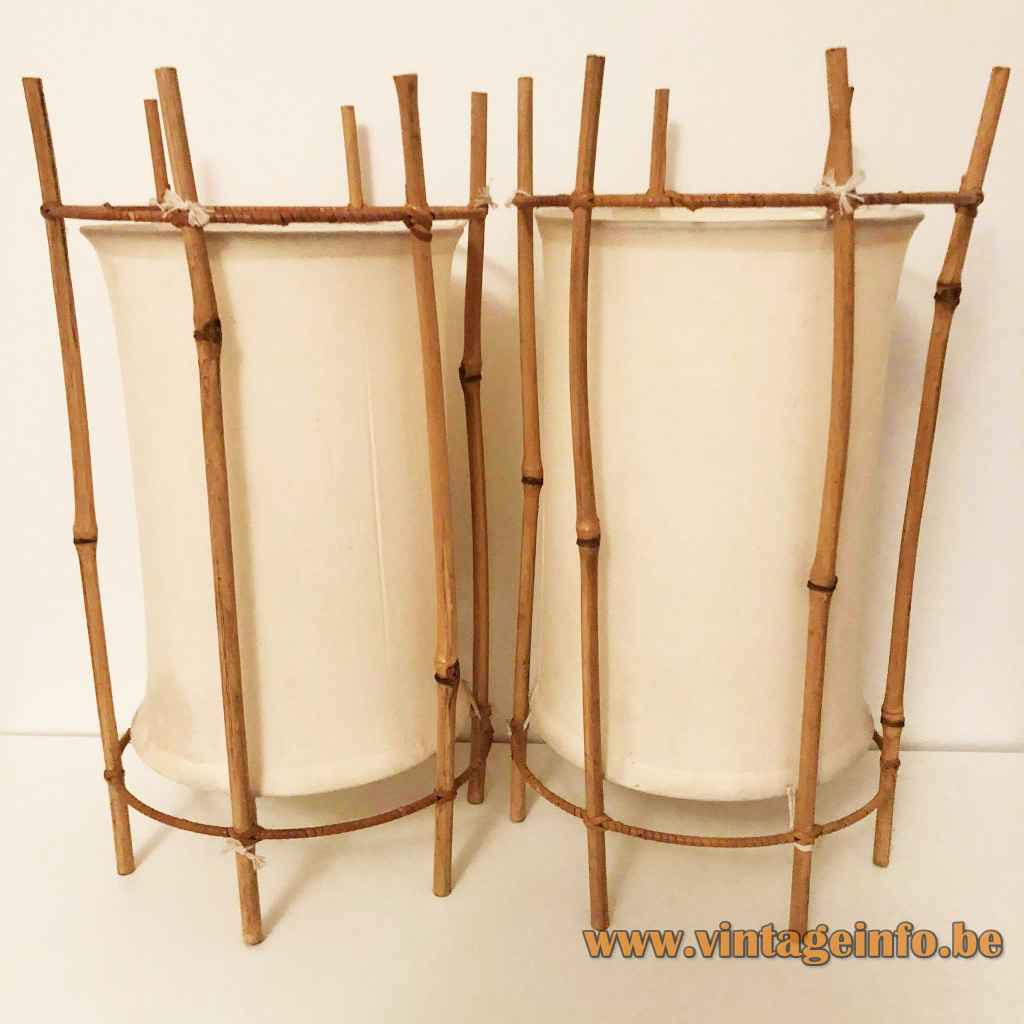 Other versions: This Louis Sognot rattan table lamp exists in several versions and sizes. Also floor lamps and wall lamps were made.

Louis Sognot, born May 25, 1892 in Paris, France, is a decorator and designer. He studied at the Bernard Palissy School in Paris. He learned cabinetmaking at the Maison Jansen company, later in the Krieger workshop.

After the first World War in 1920 he joined the Grands Magasins du Printemps (Spring Department Stores). He became head of the Primavera workshop, part of Printempts from 1931 until 1938. At the Primavera he designed his first pieces of furniture.

His first rattan designs were presented at the Salon des arts Ménagers (Household arts fair) in 1939 when he presented a very economical hotel room entirely in rattan. World War II brought it to an abrupt end.

After the war, in 1947, he became the specialist in France of light wood and rattan furniture and lighting, of witch these lamp copies are a fine example. His luxurious creations were edited by Maurice Rinck while other simpler models were produced industrially. He also produced lighting in collaboration with Serge Mouille.

Do you have an idea about the producer of this table lamp? Please let us know through the contact form and help improve the websites exactitude.

A Louis Sognot rattan floor lamp, maker unknown, was used as a prop in the 2008 British fantasy crime drama and police television series Ashes to Ashes. Here in episode 7 of the third series from 2010. Starring: Philip Glenister, Keeley Hawes and Dean Andrews. 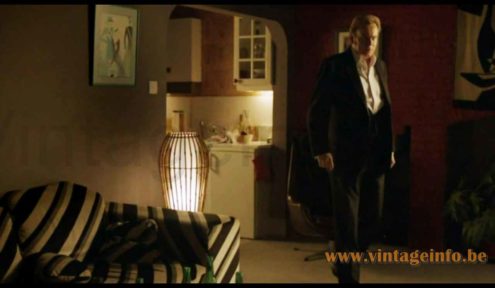