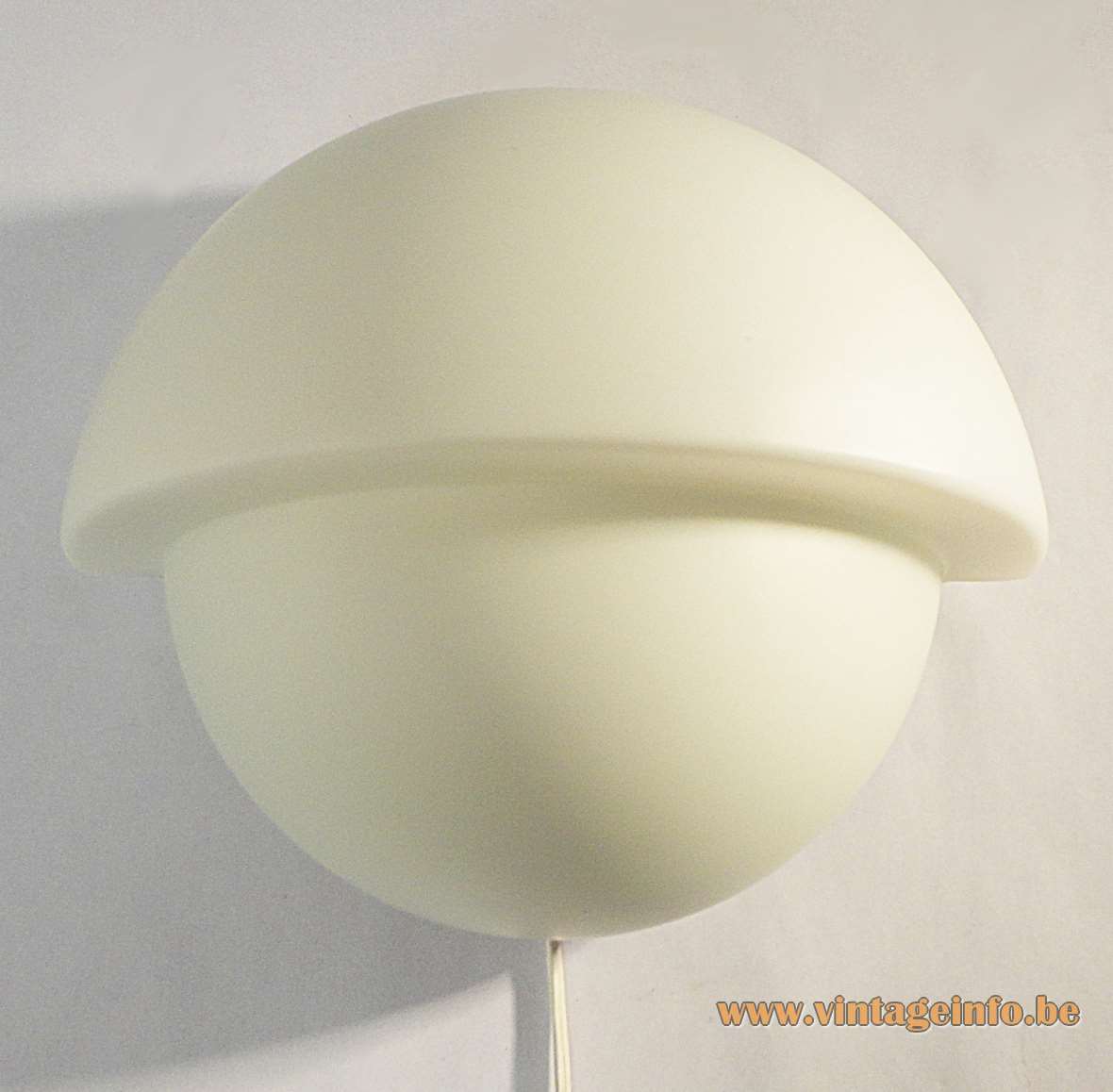 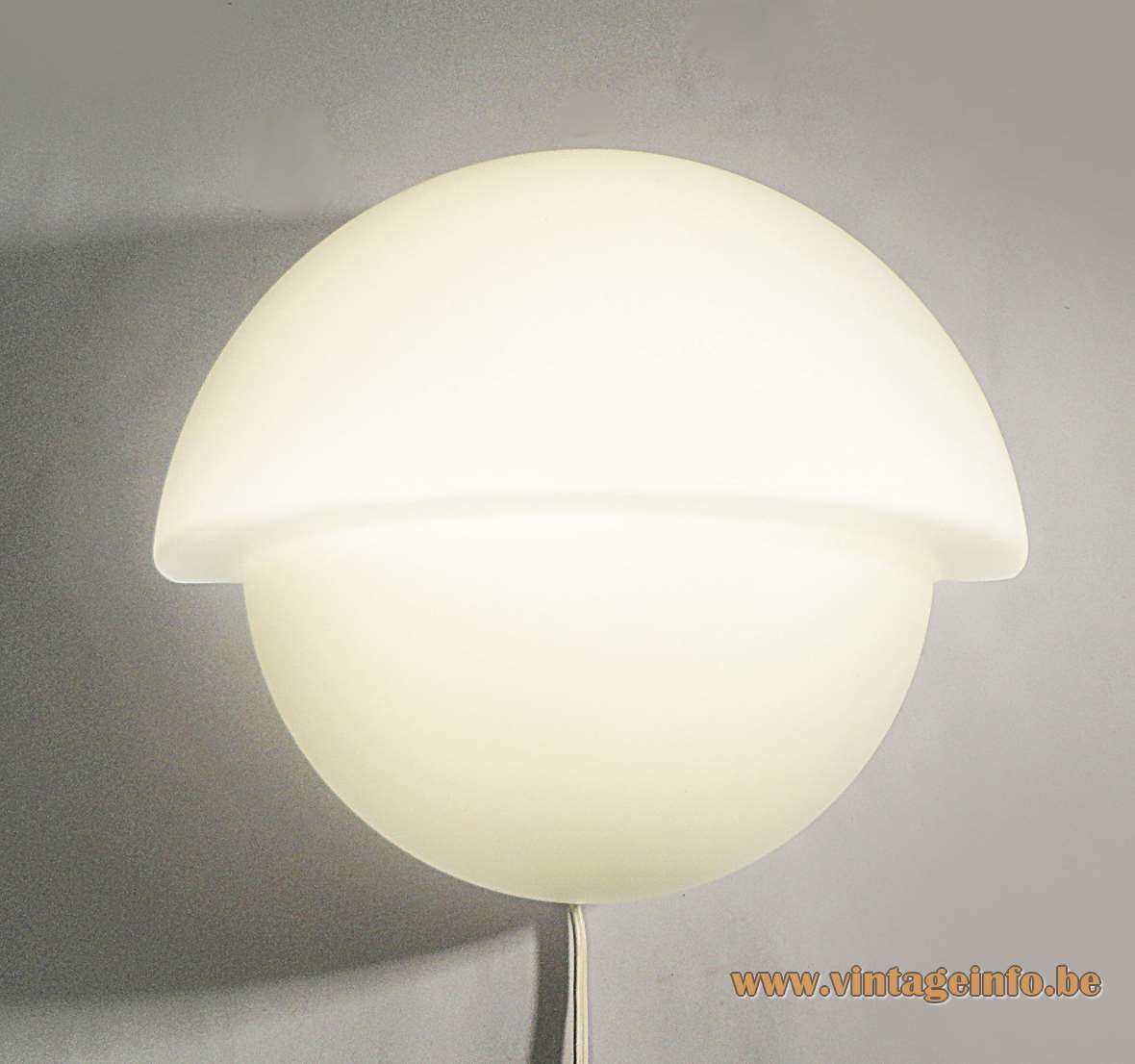 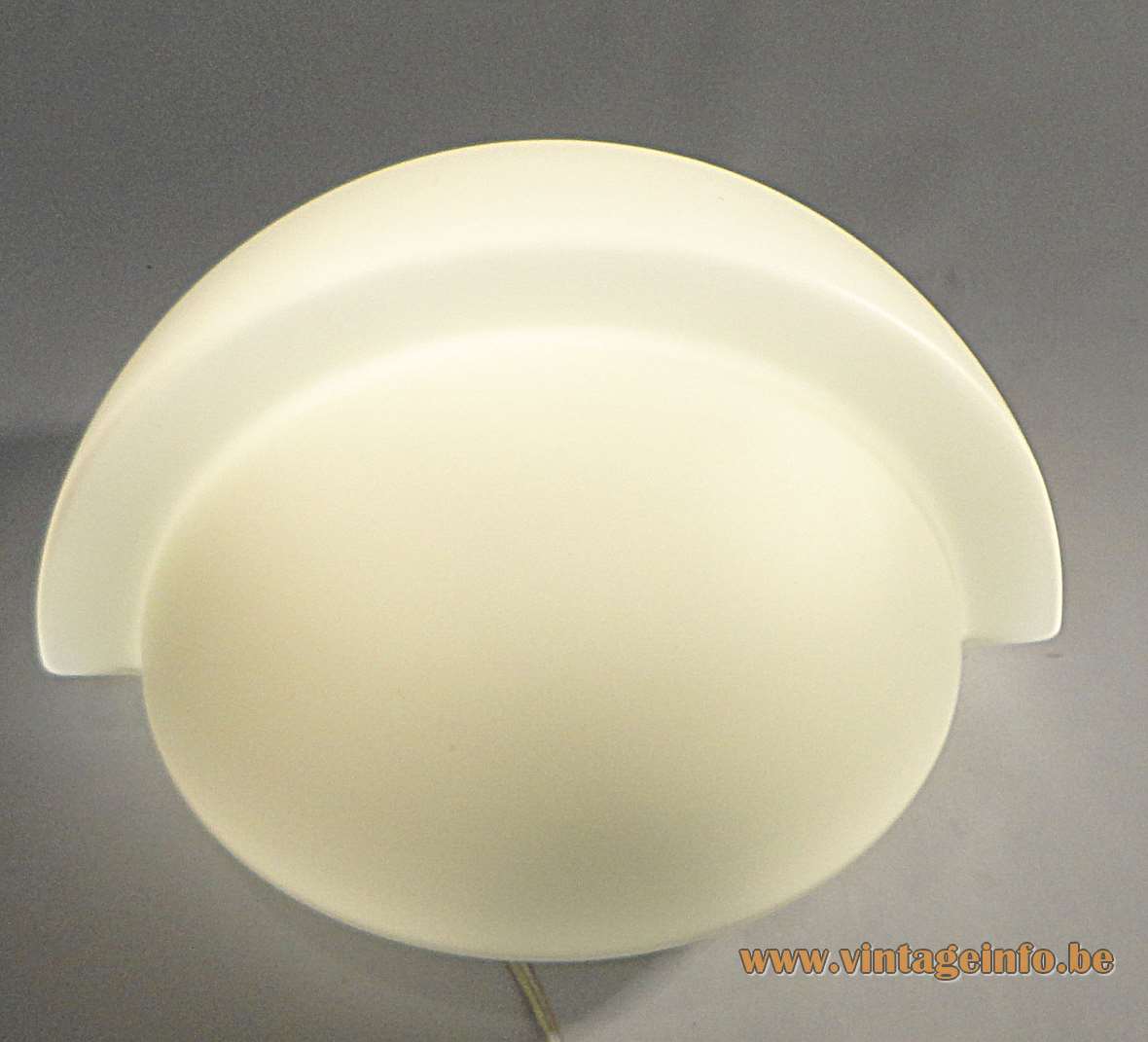 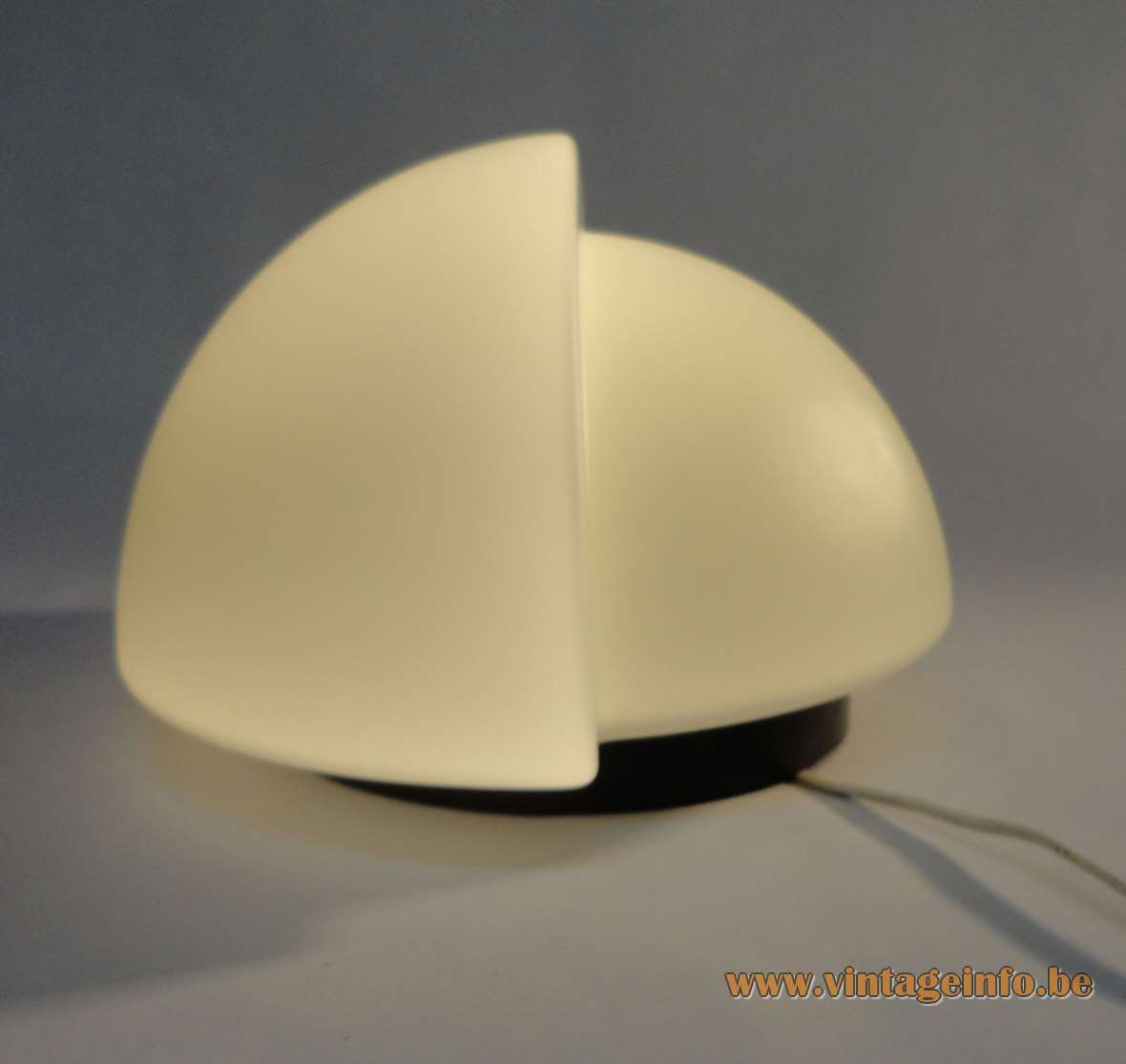 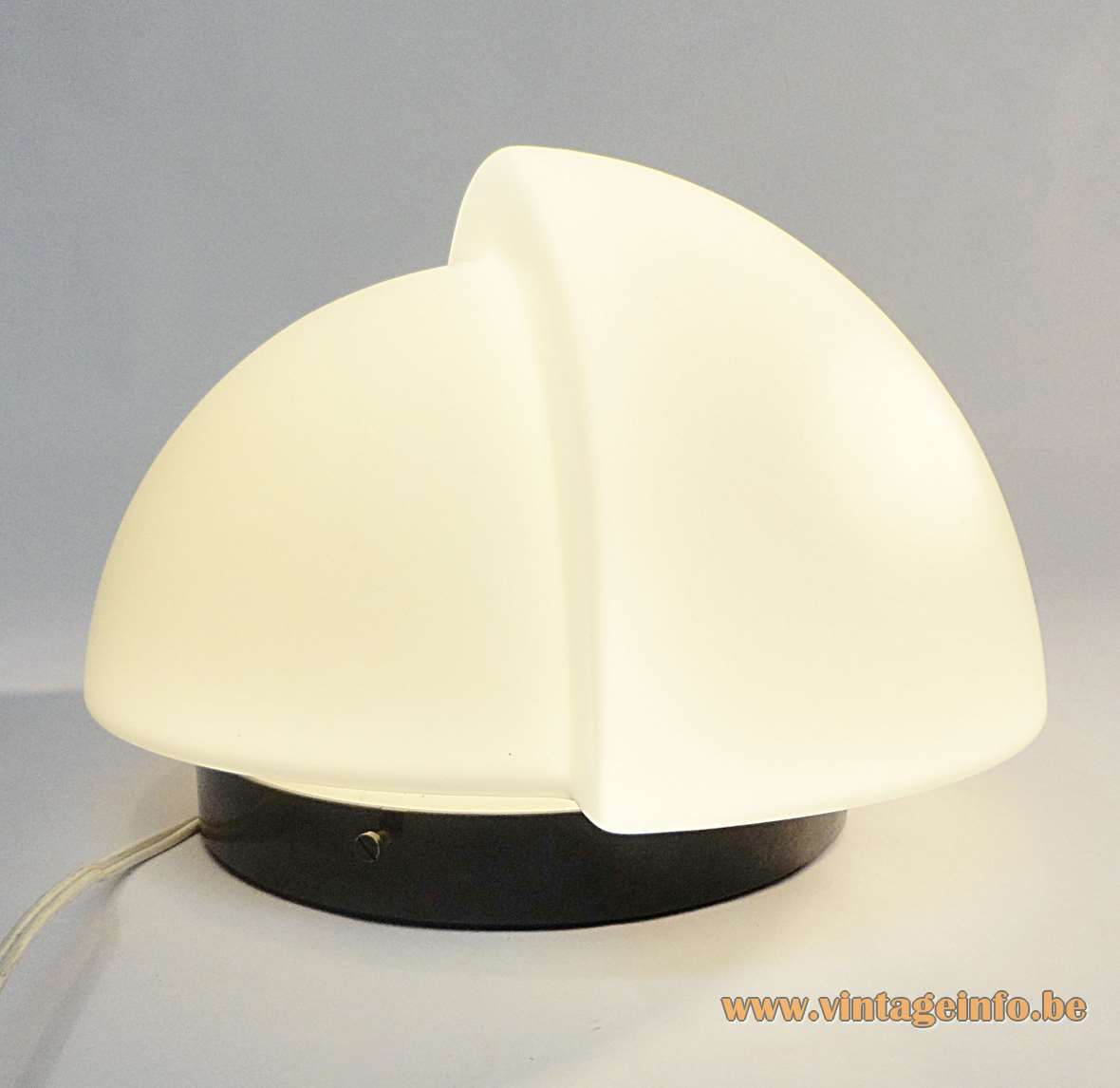 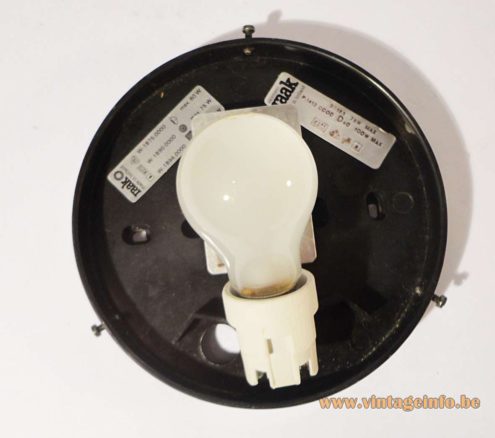 Text in Dutch from the original catalogue 12 from 1982

An opal glass white hemisphere which suggested that it is made up of two half-shells, because ‘the hat’ has a larger cross-section. For indoor and
outside.
W -1875.0000

They also sold lamps made by Peill + Putzler, such as a pendant light designed by Aloys Ferdinand Gangkofner. For the Raak Discus the glass was made by BEGA, also a German company. For the Stalactites flush mounts a cooperation with the Belgian Val Saint Lambert was undertaken in the late 1950s.

Some other Raak lamps