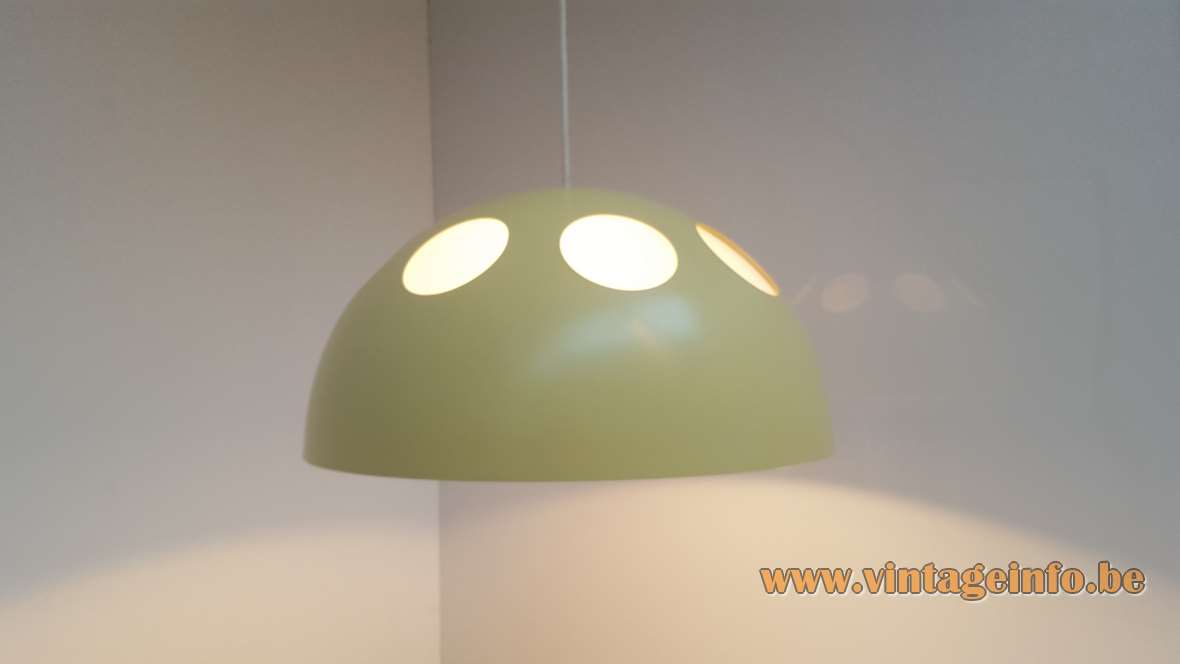 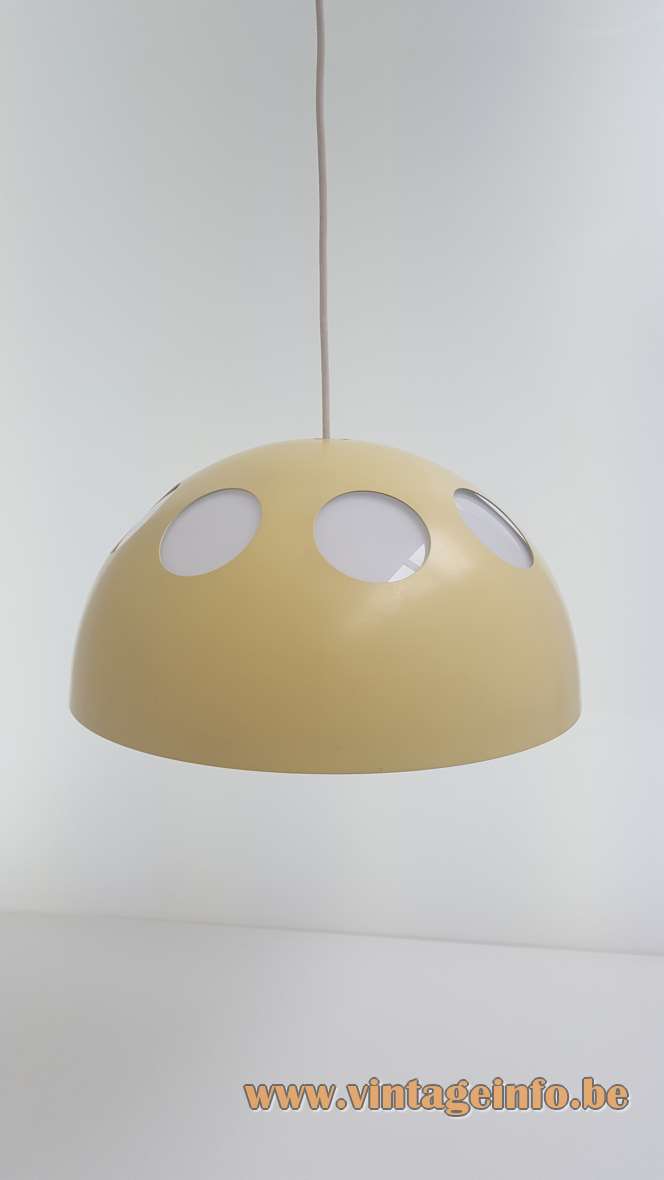 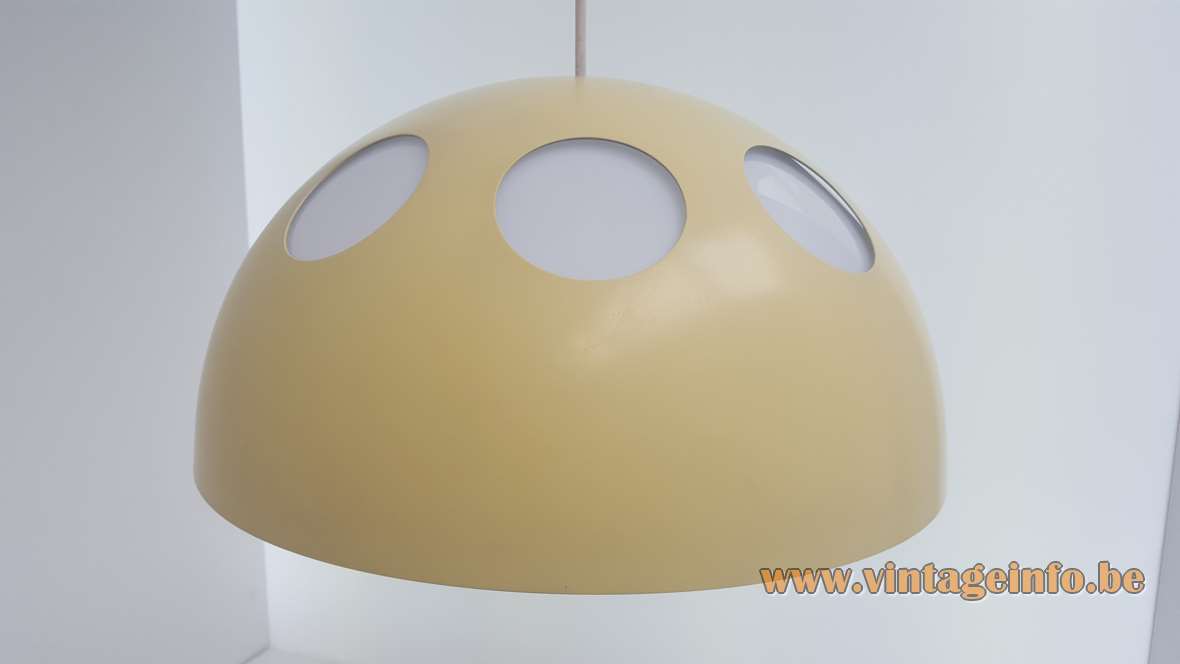 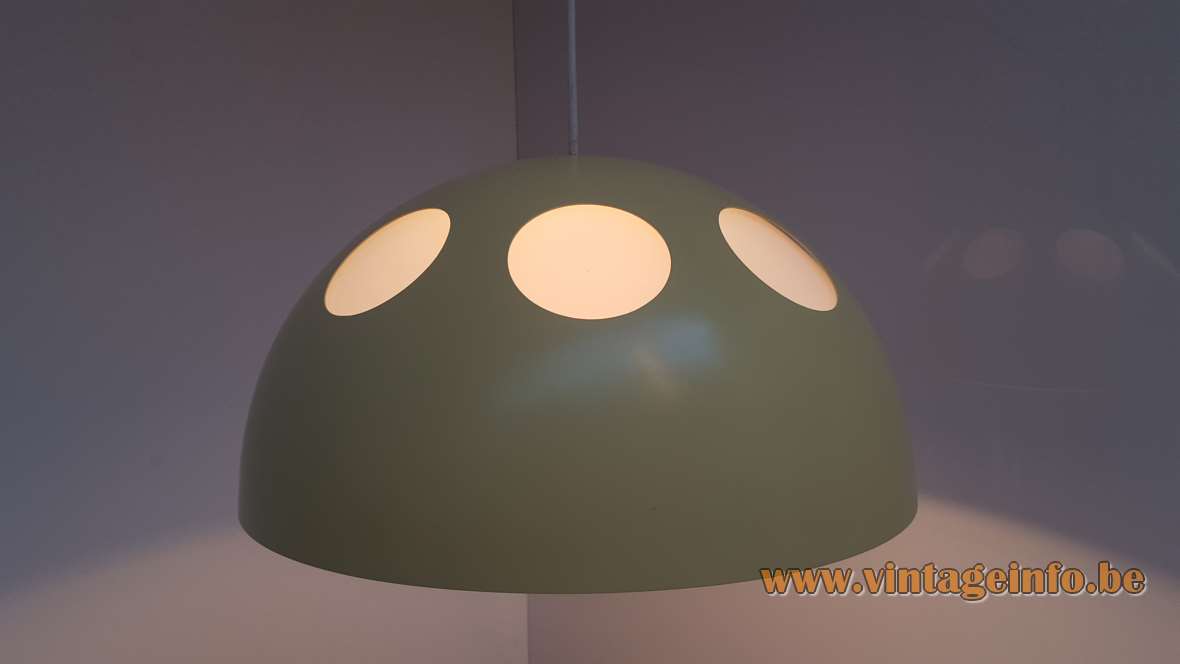 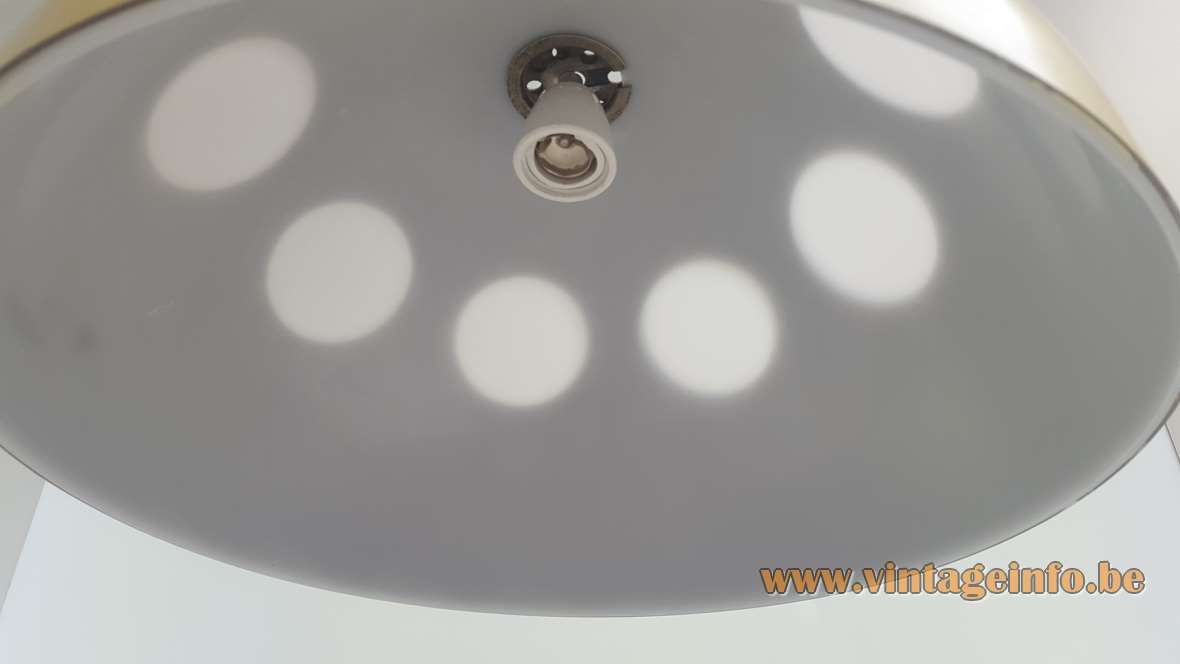 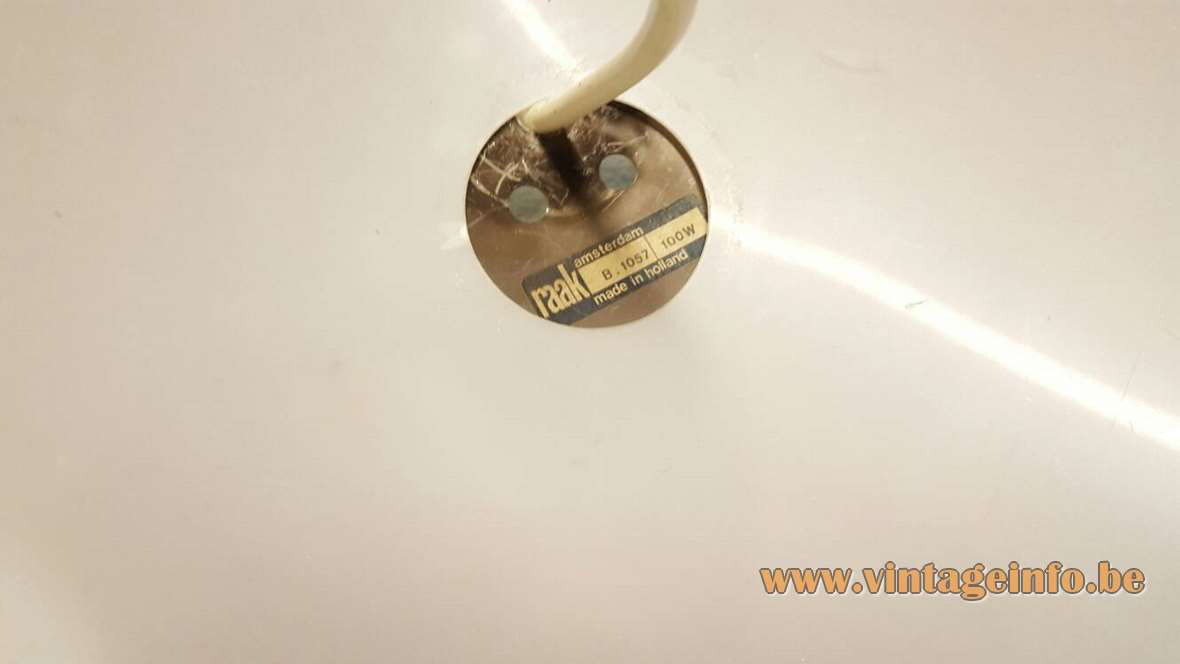 From 1972 until 1982 the same pictures were used in the catalogues. 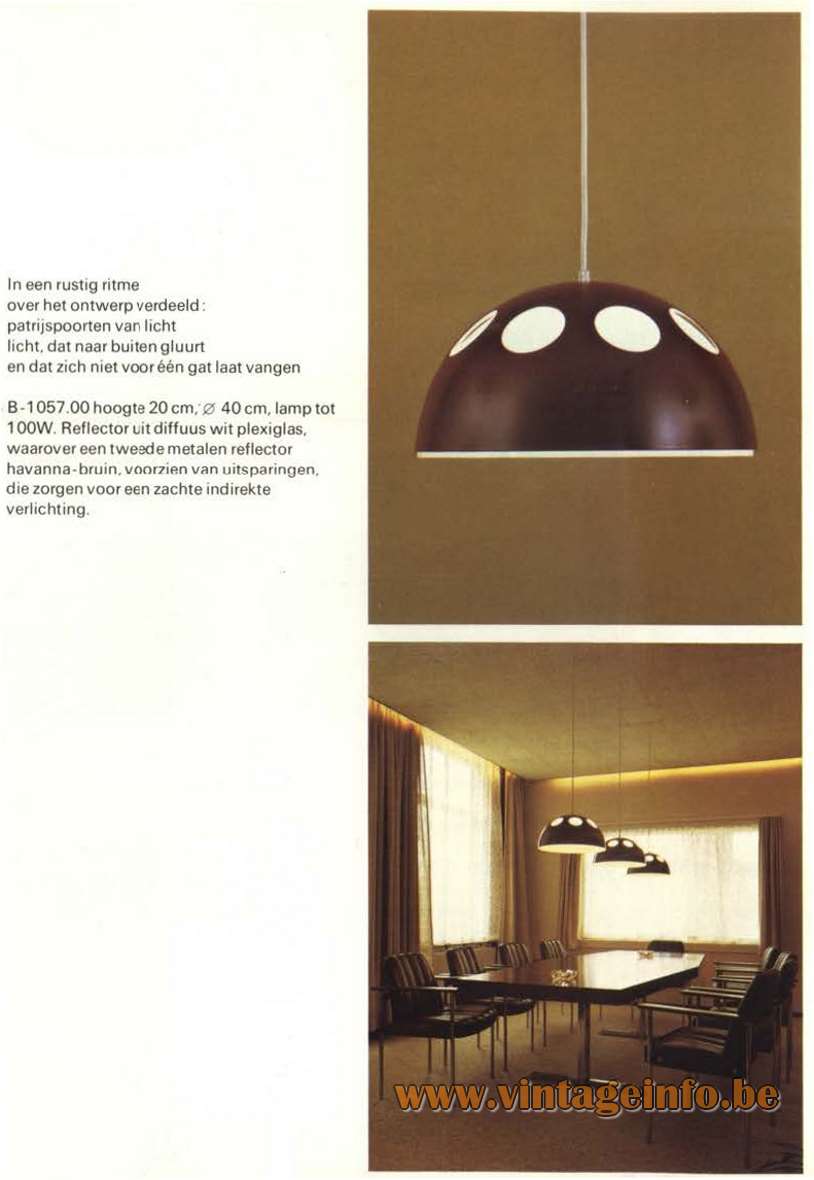 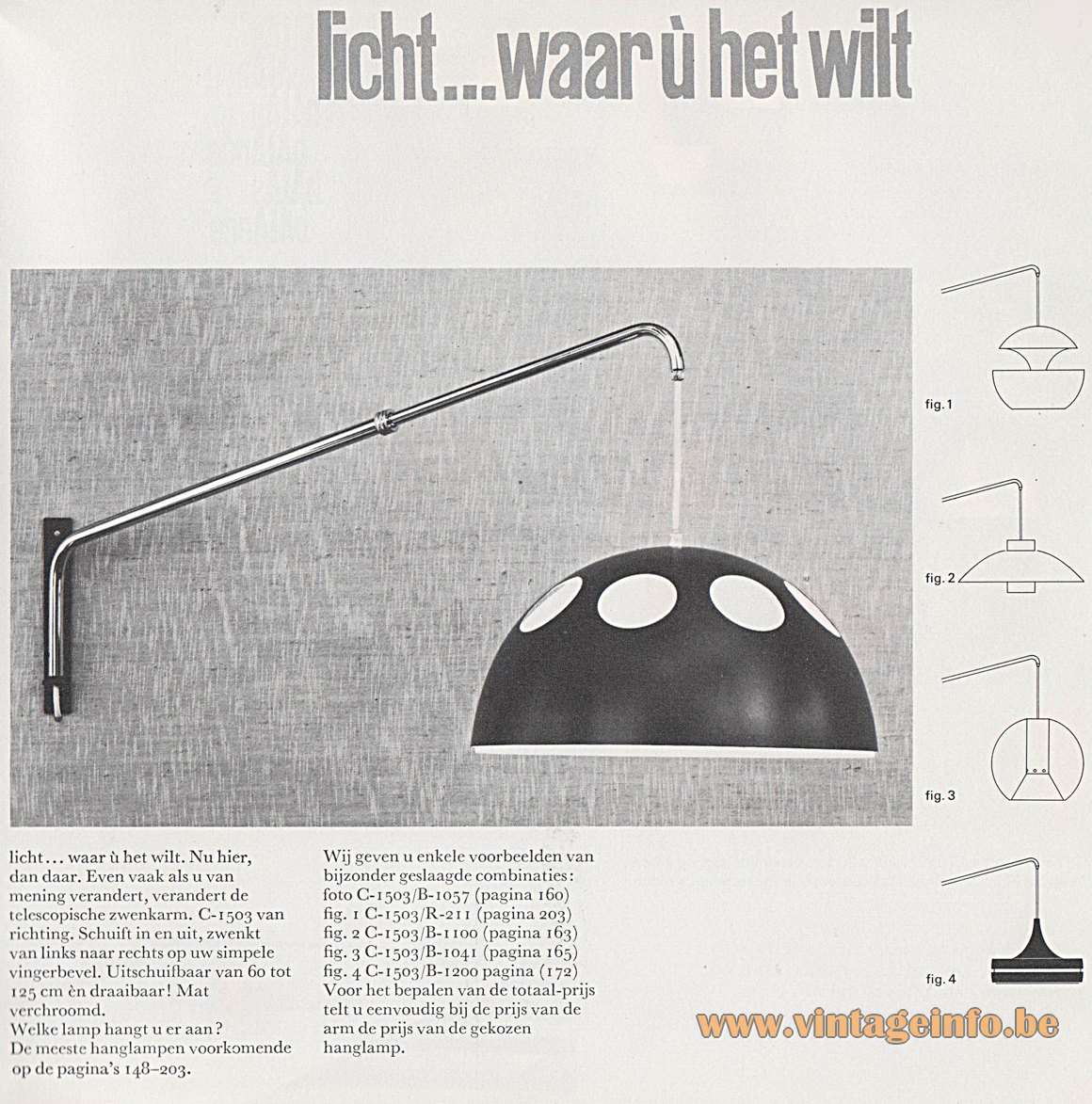 Other versions: This Raak mushroom pendant lamp B-1057 exists in several colours. Also made as a table lamp and wall lamp: a C-1503 arm in combination with this pendant lamp, as you can see in the catalogue.

A strange thing is that the B-1057 label also is used for the Raak Chrysaline pendant lamp, as you can see over here on Vintageinfo.

This pendant lamp is often confused with the Raak “El Duomo” pendant lamp, but that is because they appear next to each other in catalogue 9 as you can see over here on Vintageinfo.

The table lamp, model D-2059 exists also without the metal lampshade, only with a white acrylic lampshade, as you can see over here in the Raak catalogue 9 from 1972. It is model D-2058. 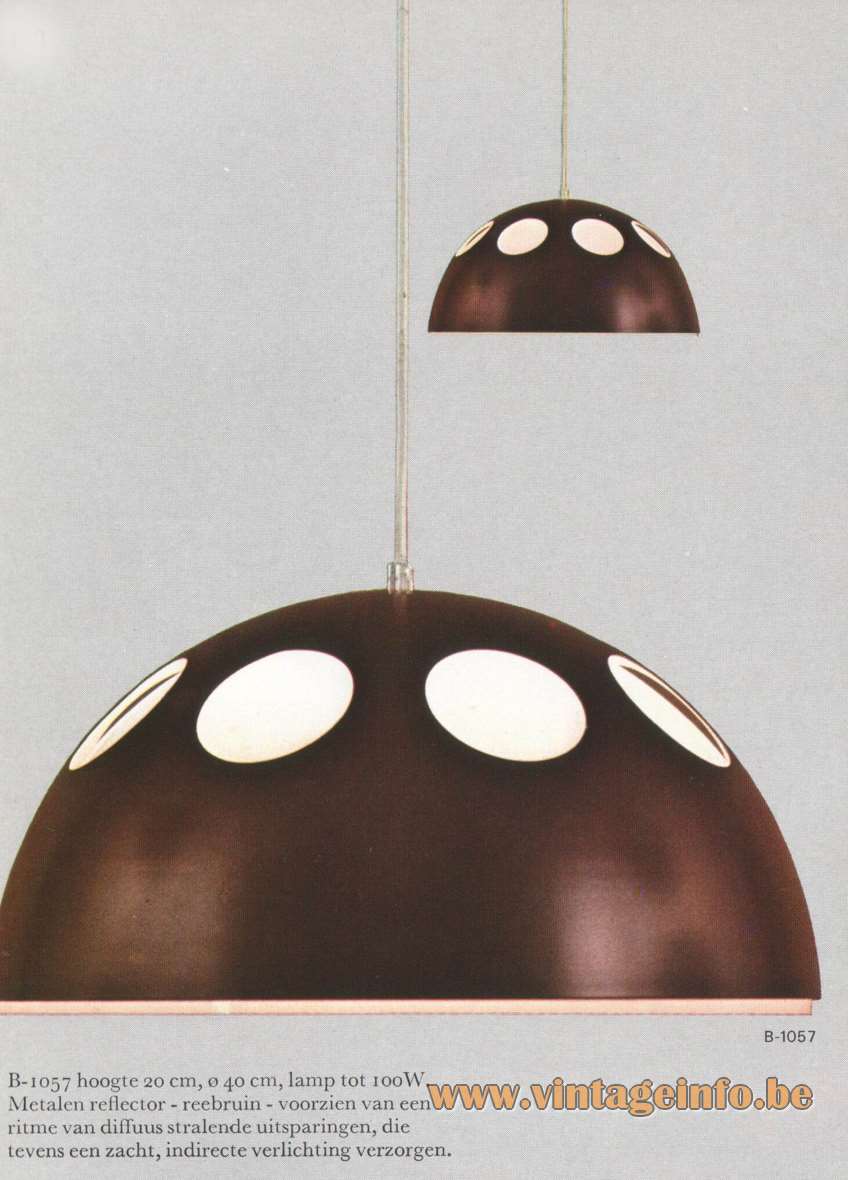 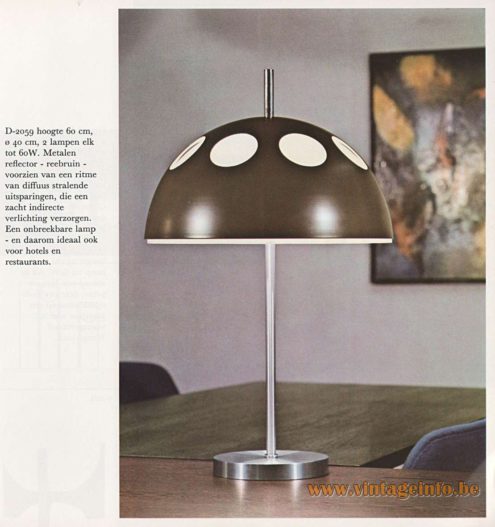