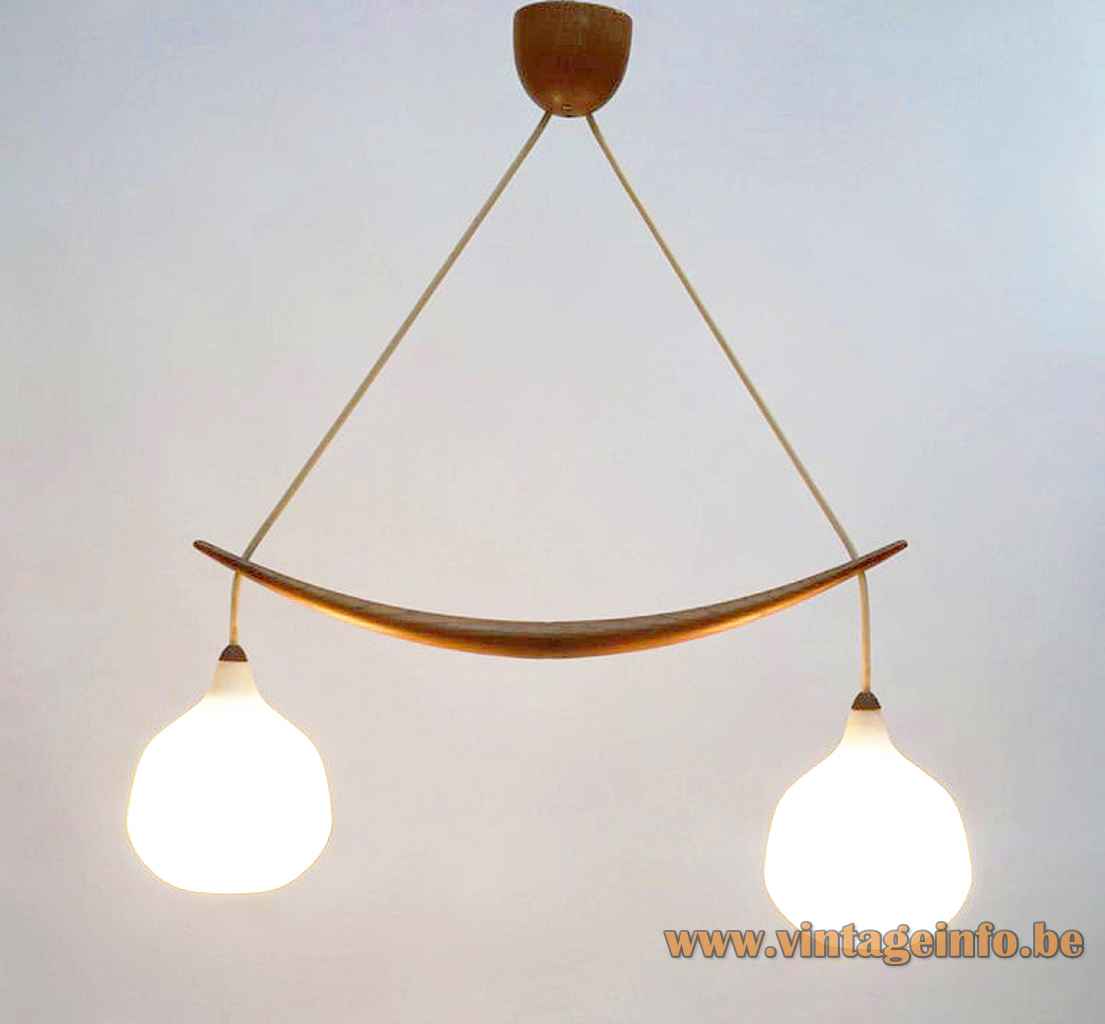 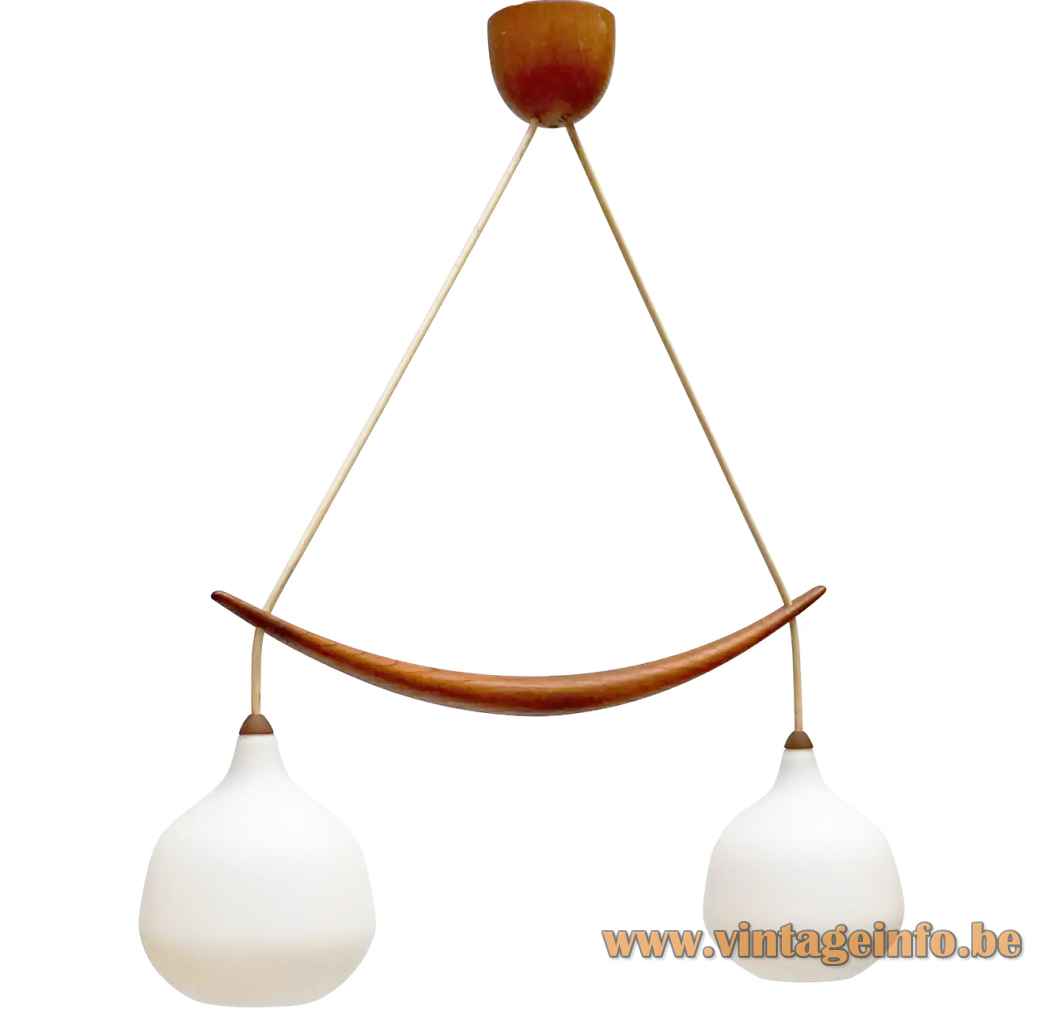 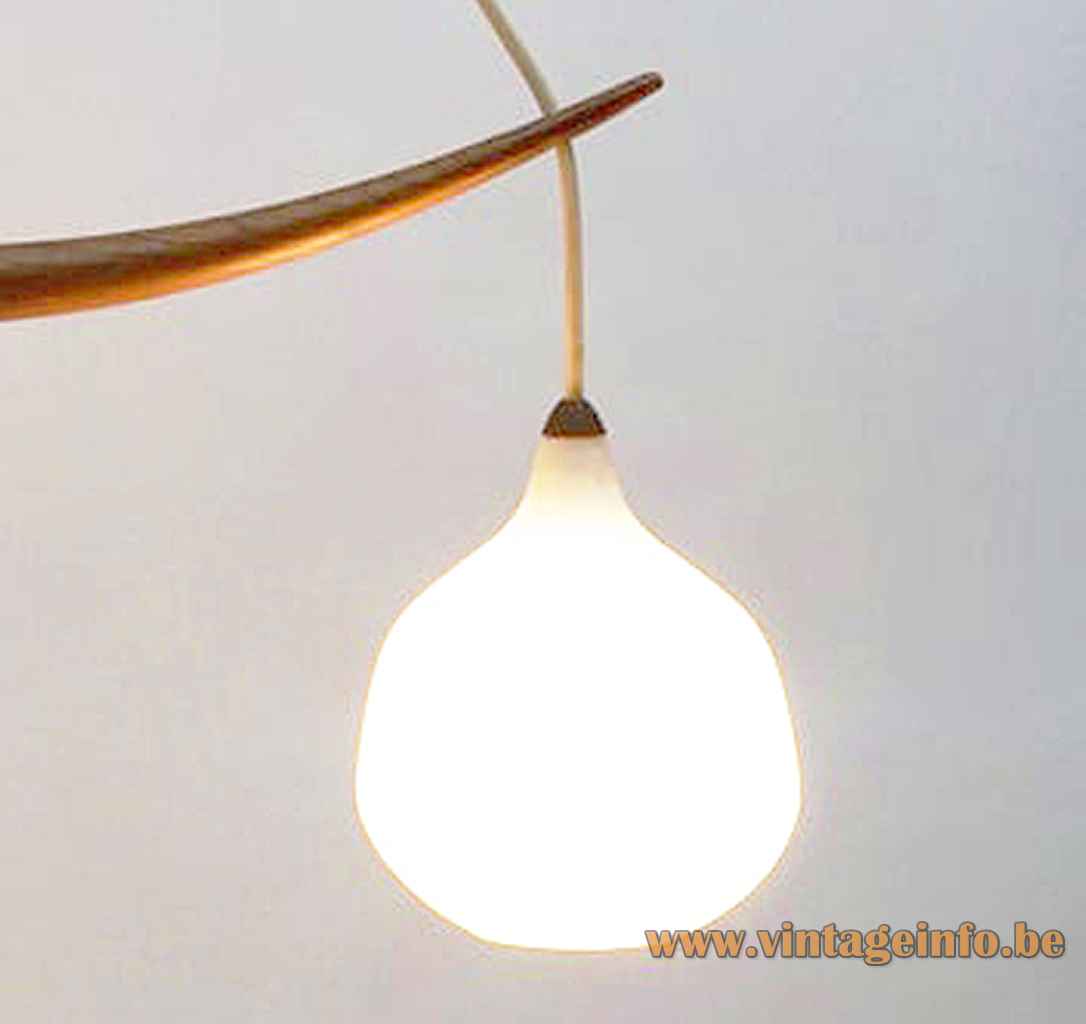 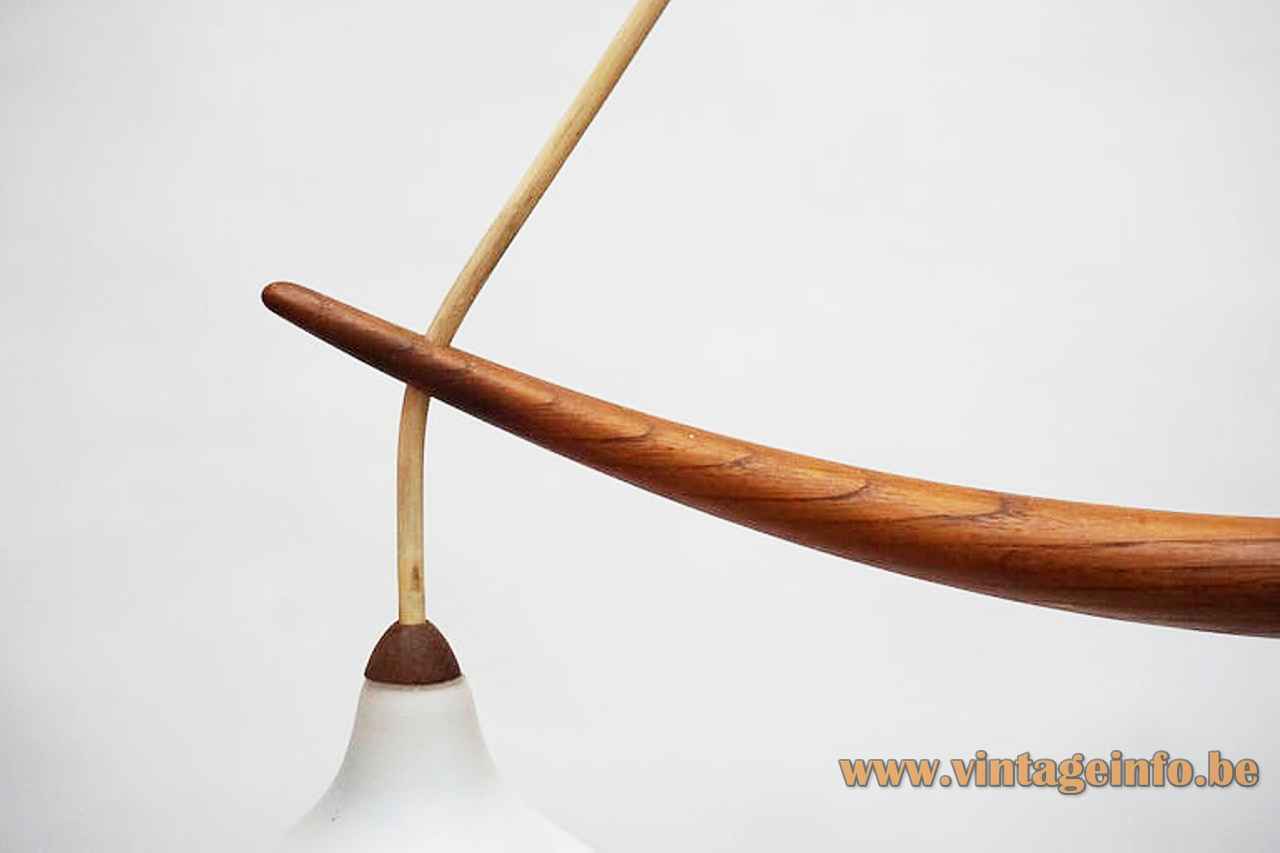 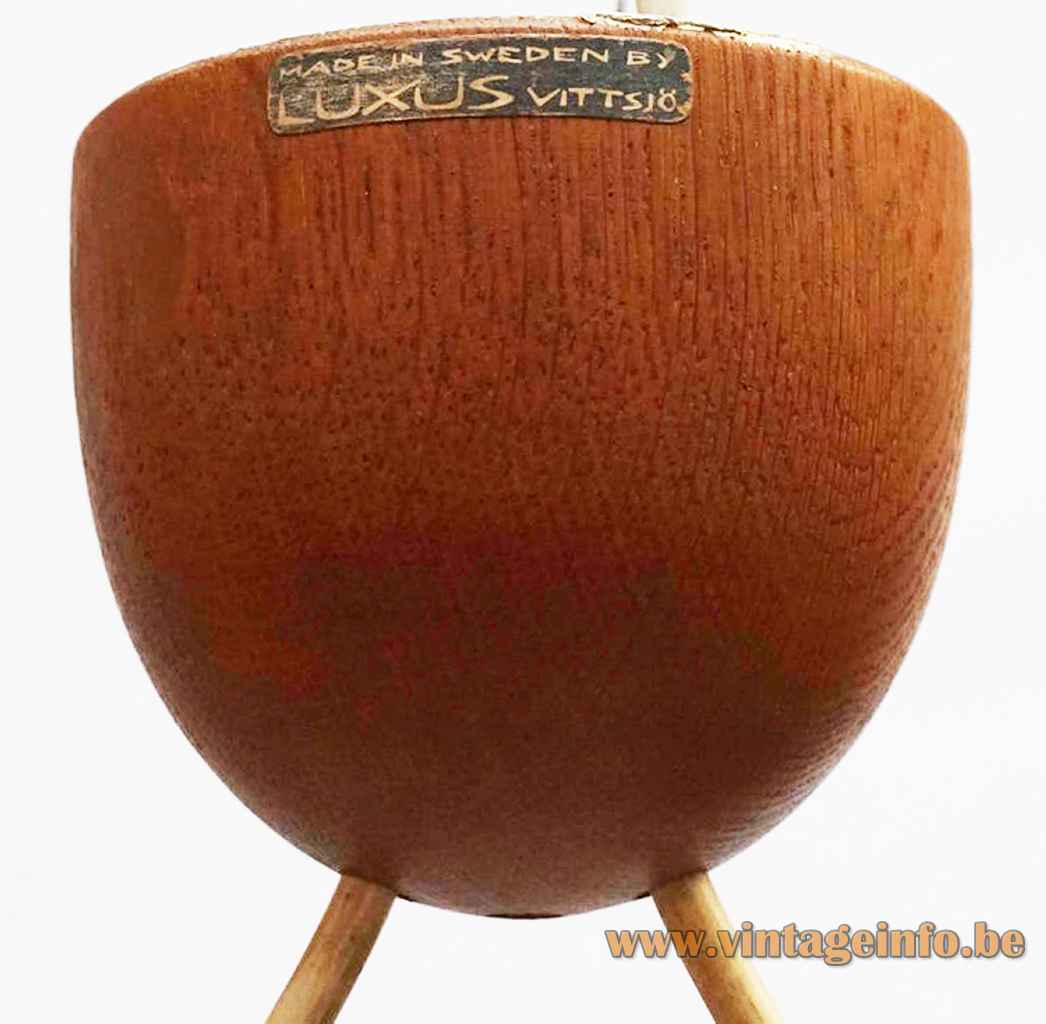 Chandeliers with 2, 3 and 5 opal glass globes. 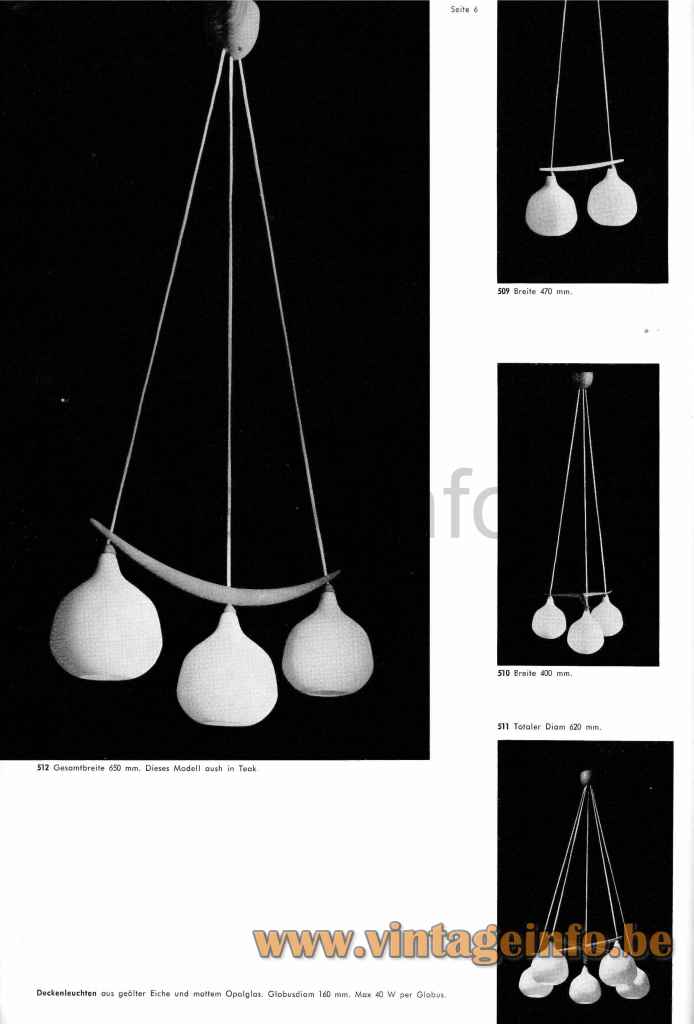 Other versions: This Luxus double pendant lamp 509 exists in several versions. The wood parts were made in oak or teak. Countless variations exists. Also table lamps were made with these opal glass globes.  You can find them all in the 1964 – 1965 Luxus catalogue over here.

Chandeliers with 6 and 8 opal glass globes. 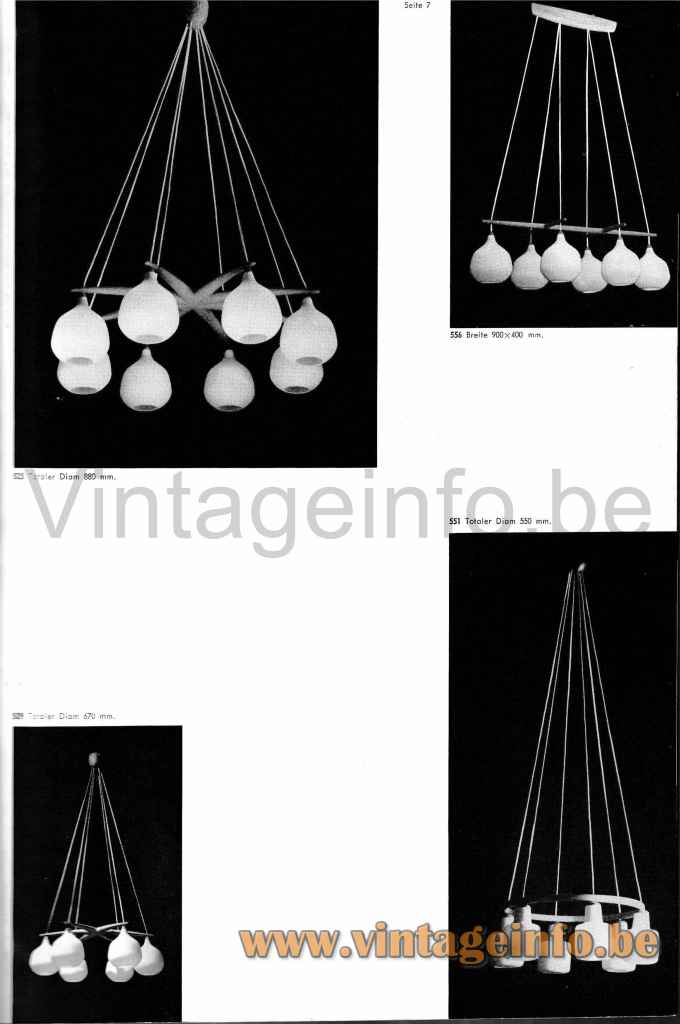