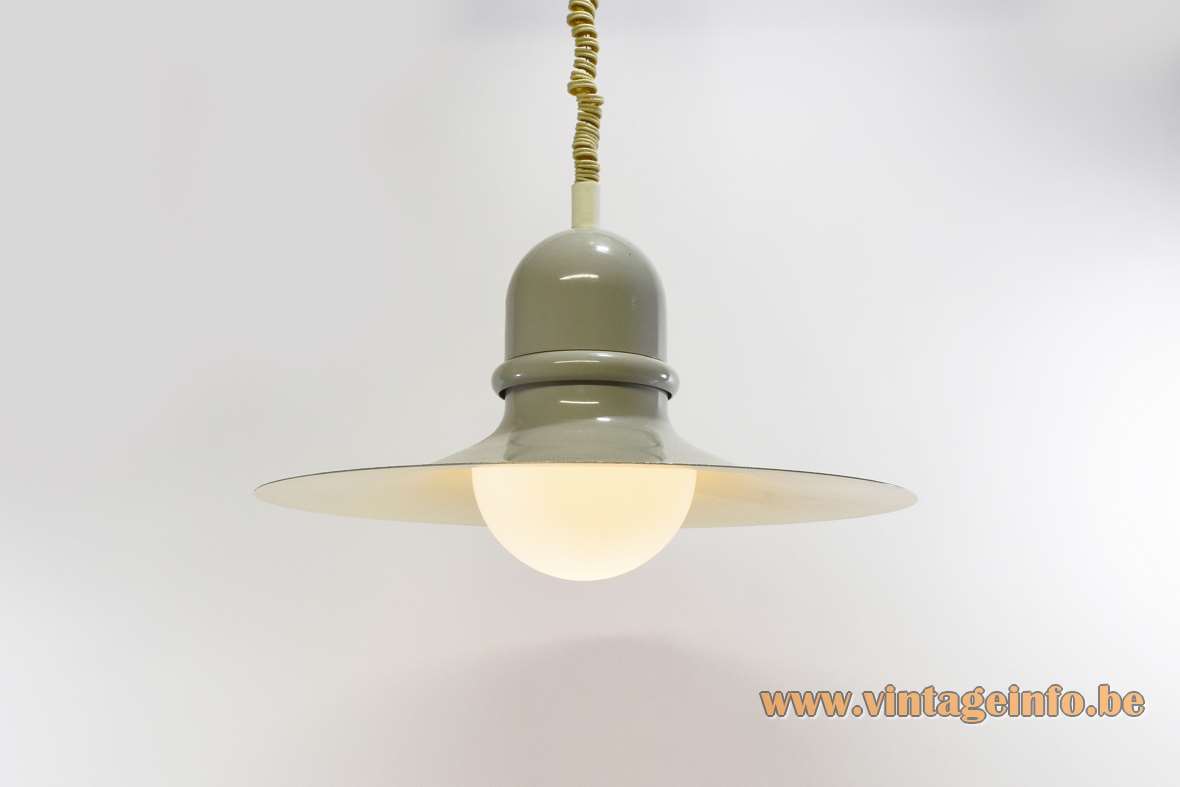 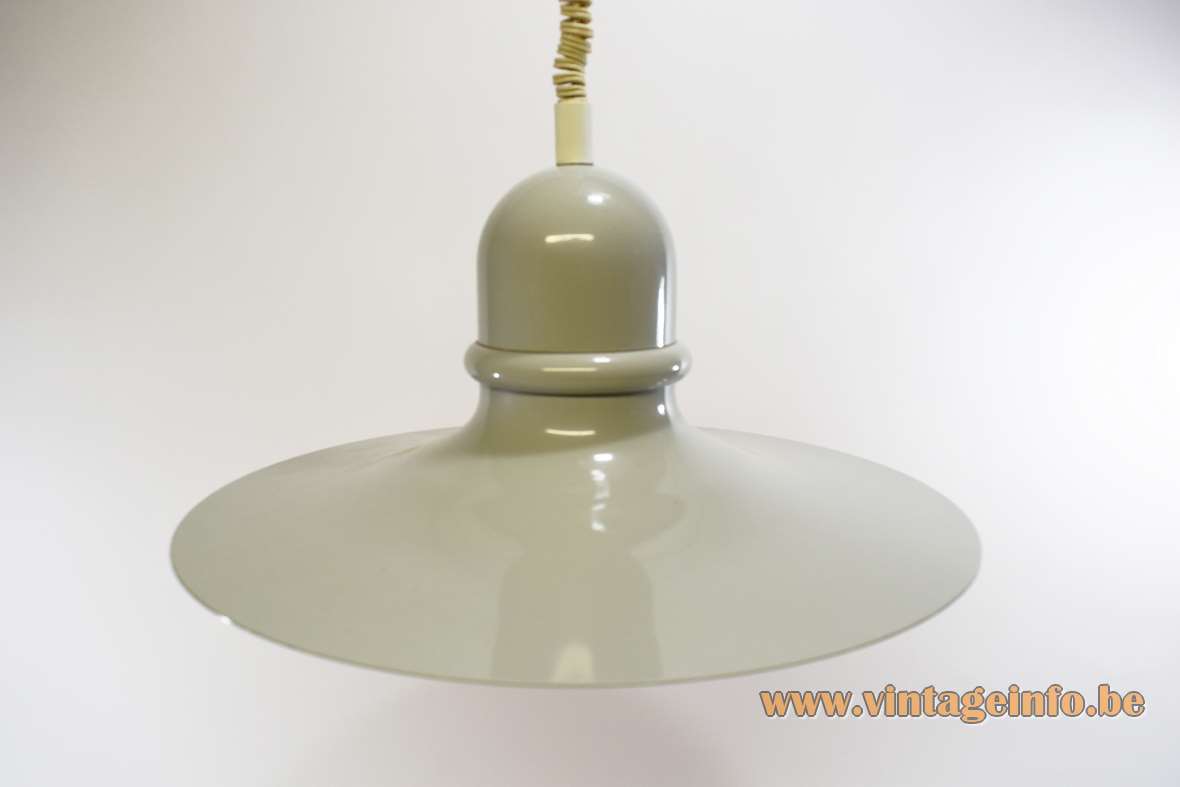 Electricity: 1 bulb E27, 1 x 75 watt maximum, 110/220 volt.
Any type of light bulb can be used, not a specific one preferred. However, clear bulbs create stripes on the opaque glass and therefor also on the walls.

Other versions: This Herda rise & fall metal pendant lamp was in all probability made in several colours.

Rolly is an Italian company that produced rise & fall mechanisms for many lamp producers around the world in the 1960’s, 1970’s and 1980’s. 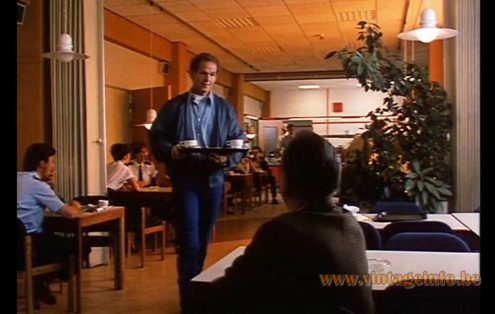 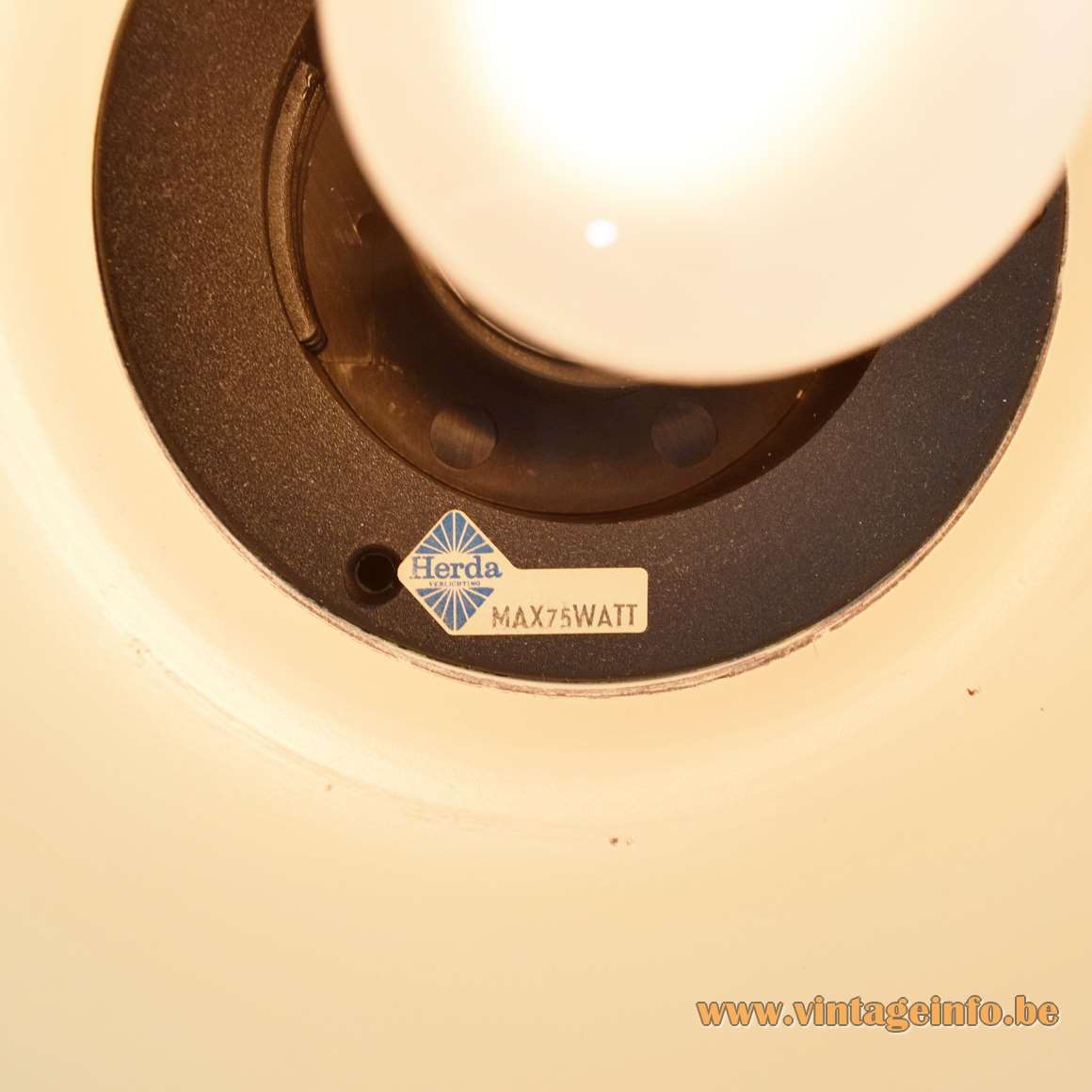