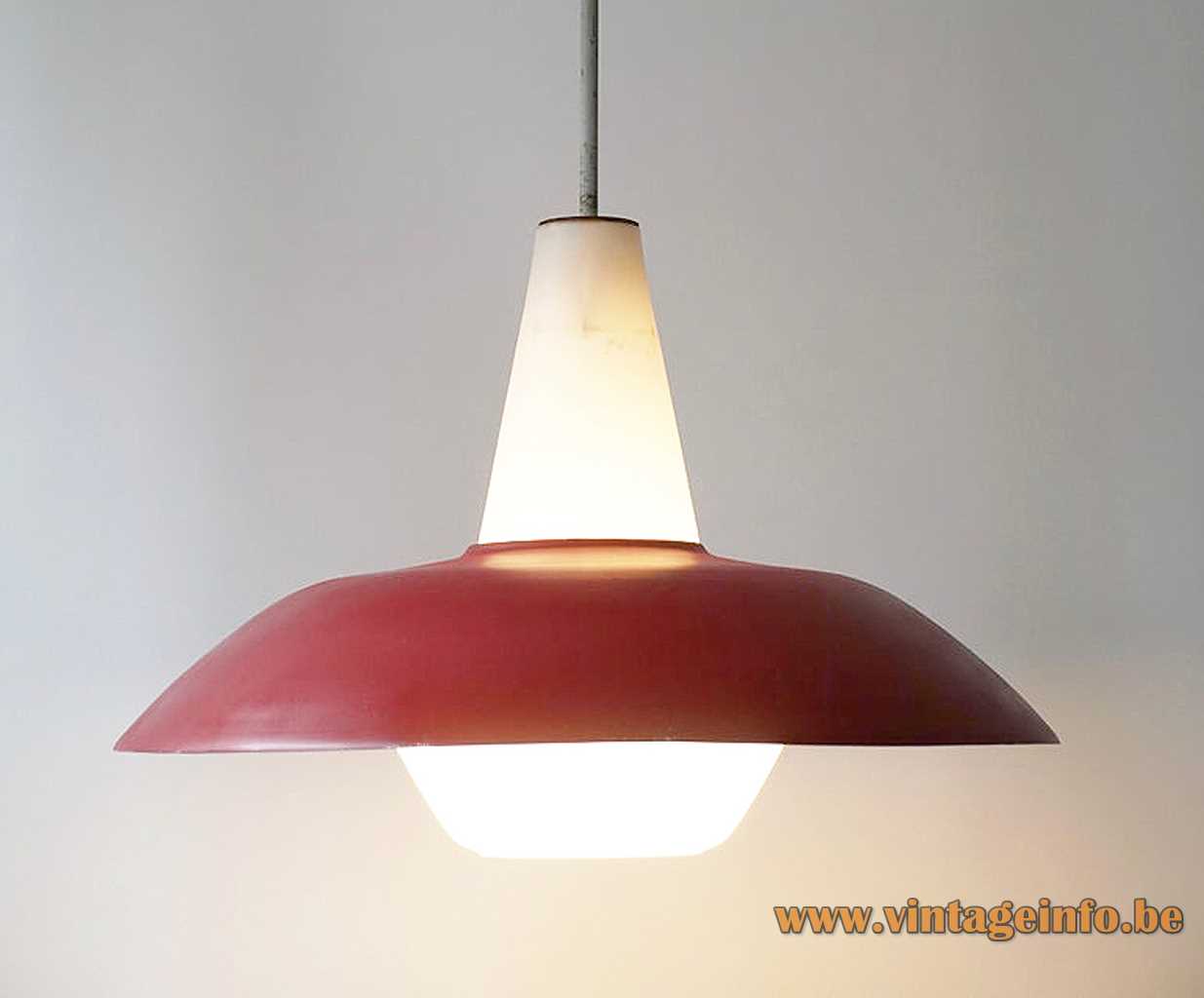 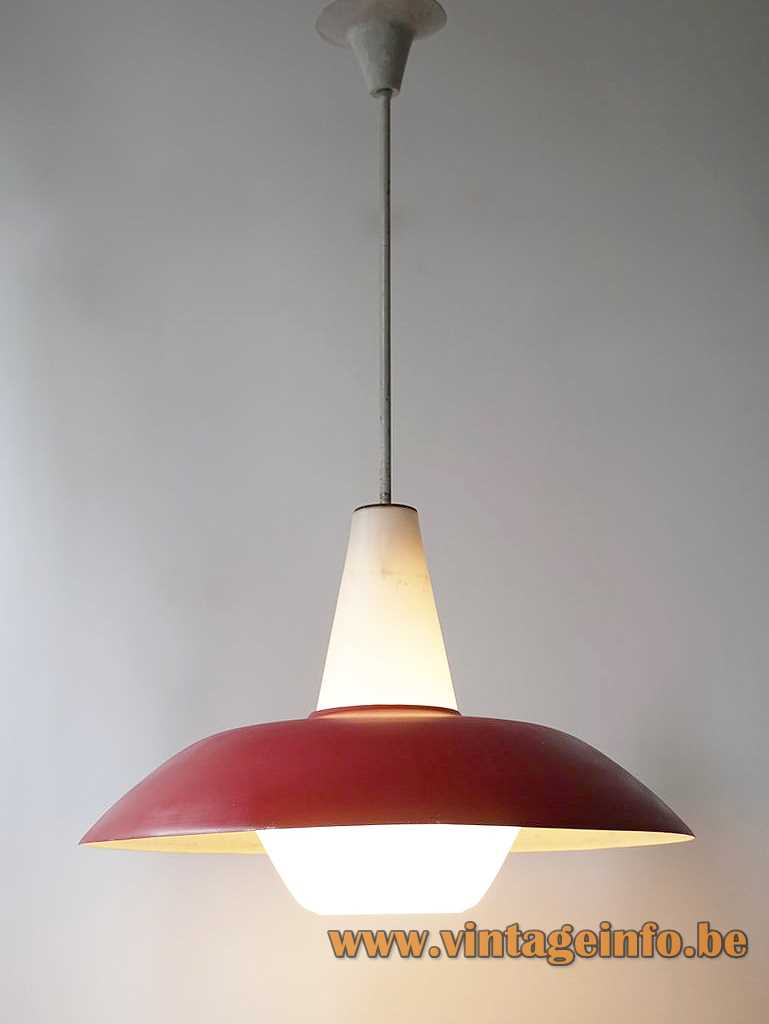 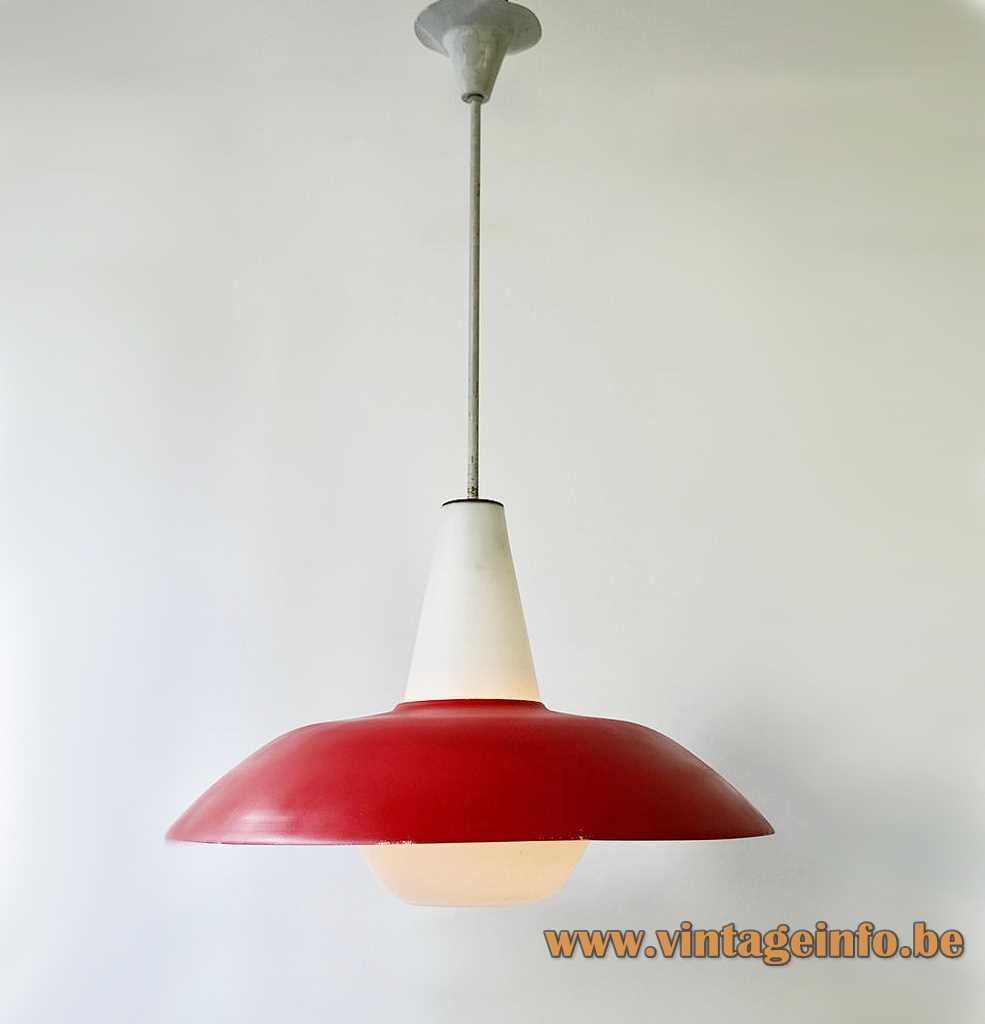 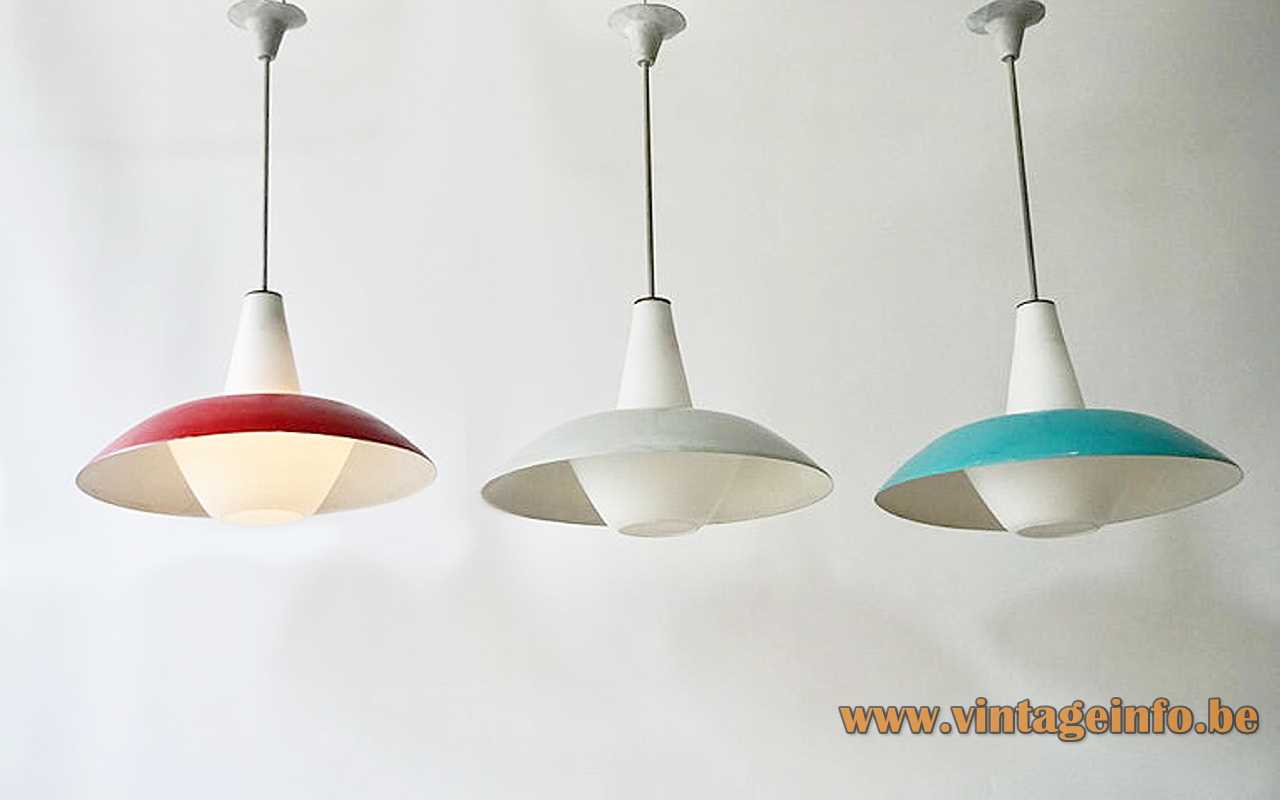 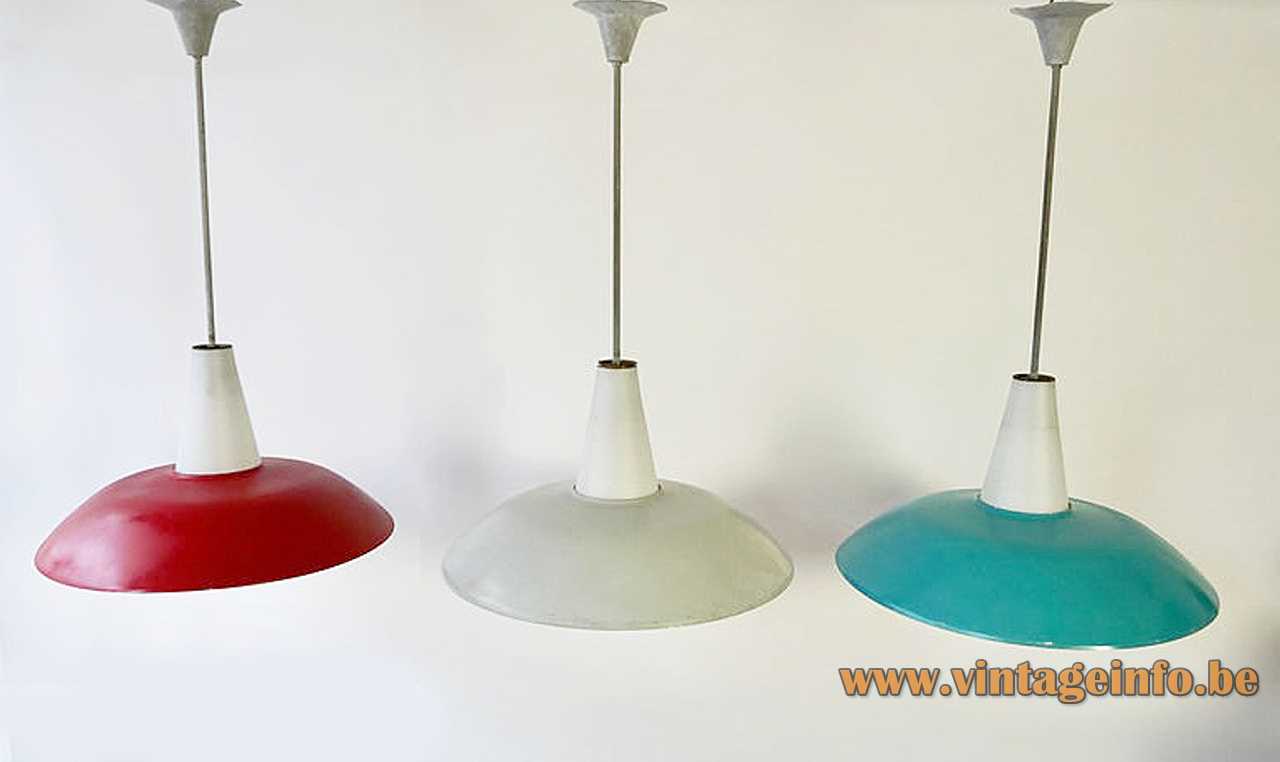 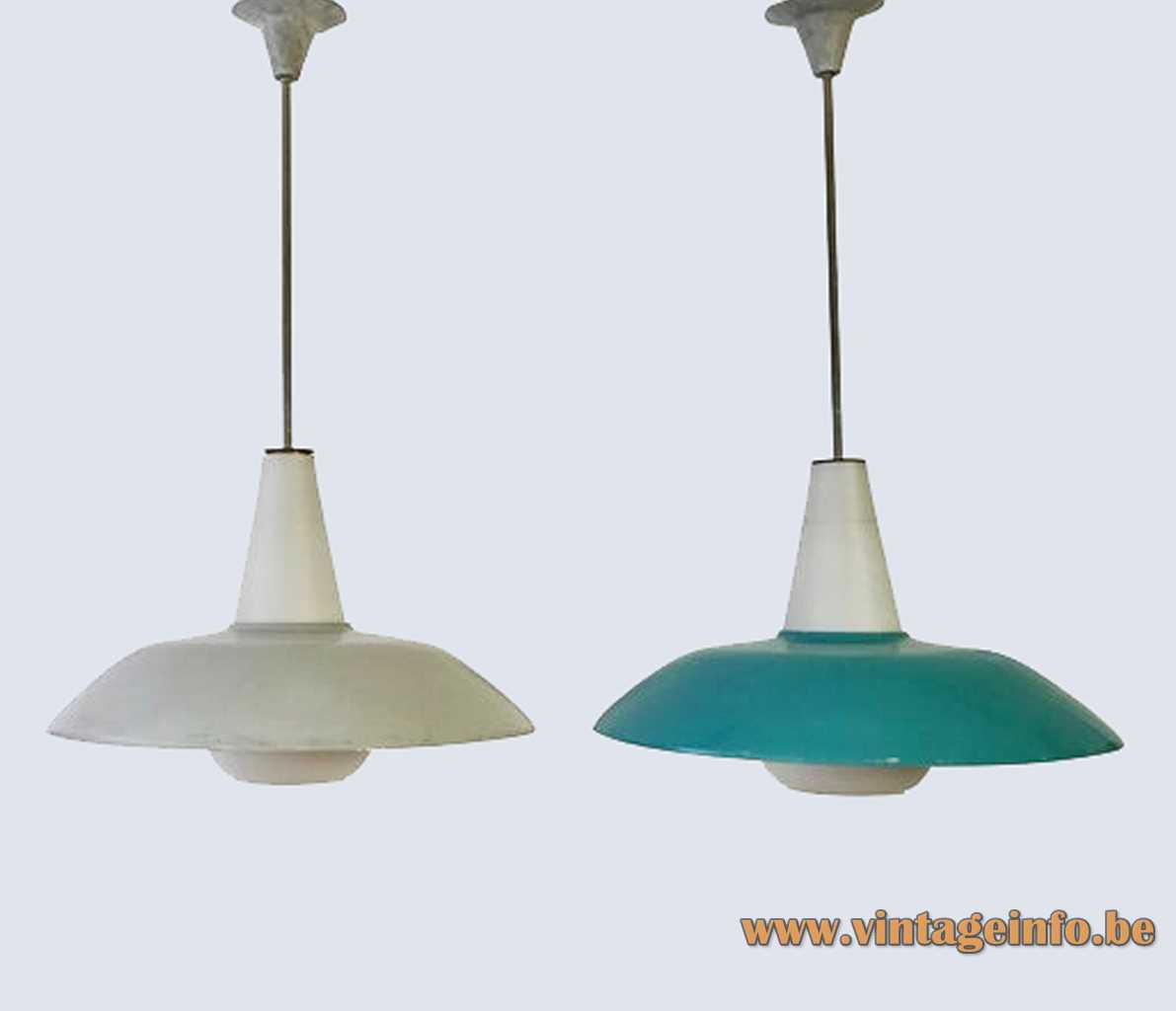 Other versions: This Philips 1950s pendant lamp exists in many colours and variations. Philips produced a whole range of these lamps, all a bit different. Some of these type of lamps were sold with or without metal lampshade. 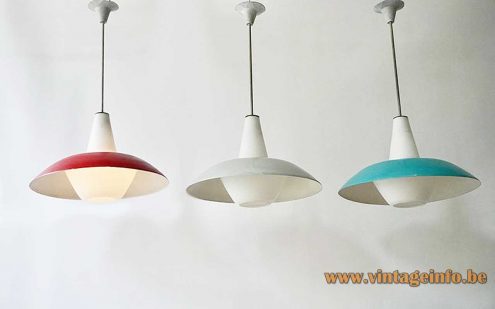