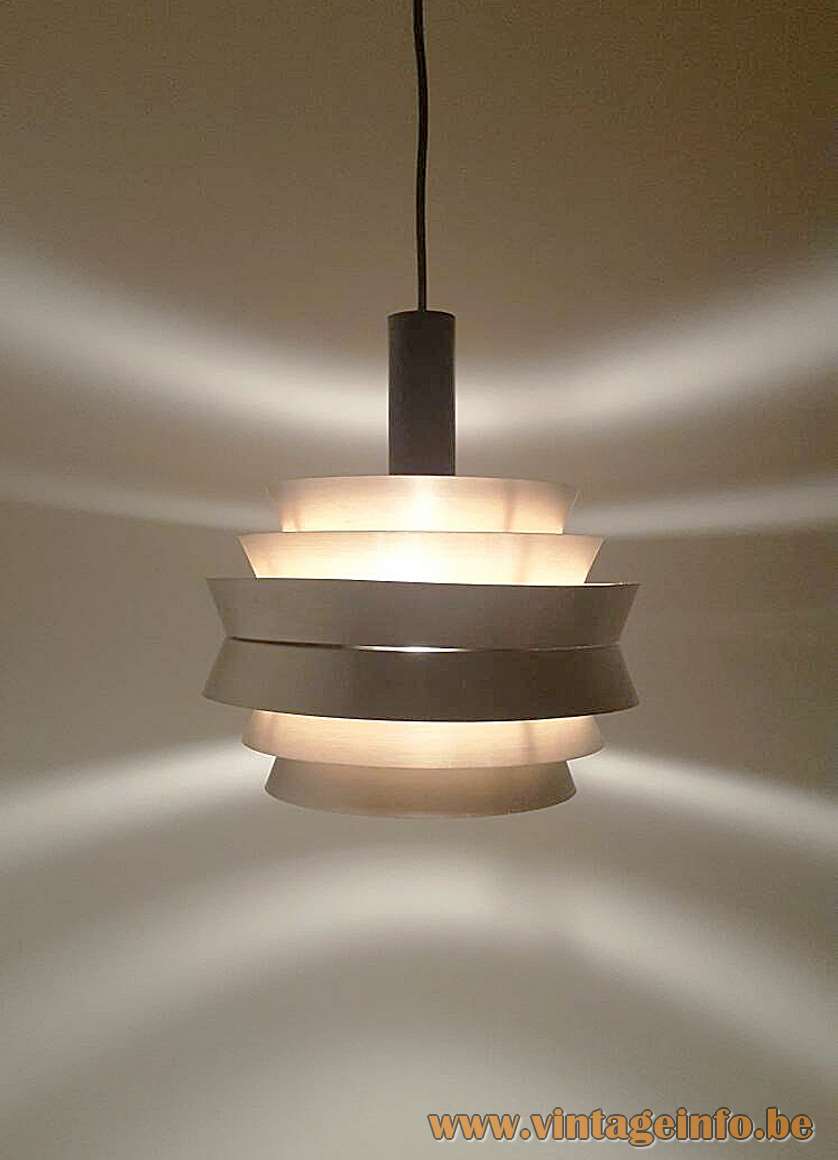 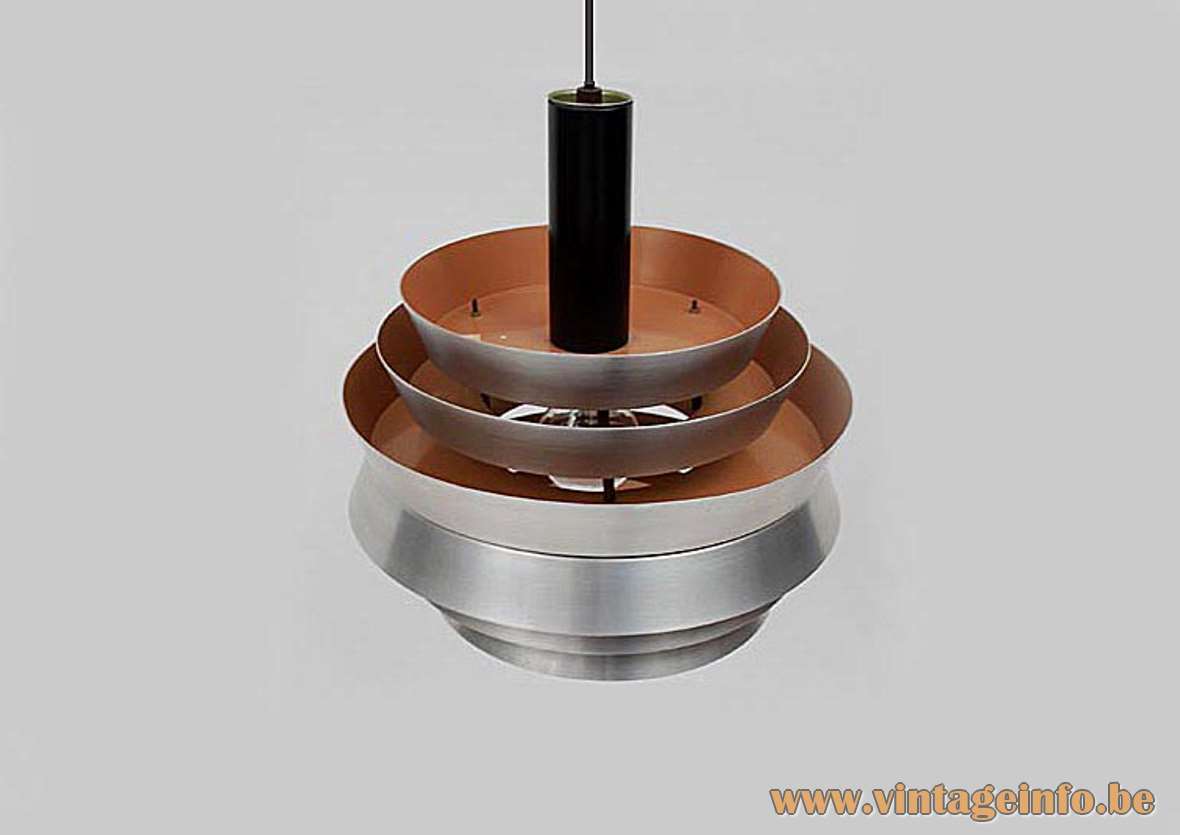 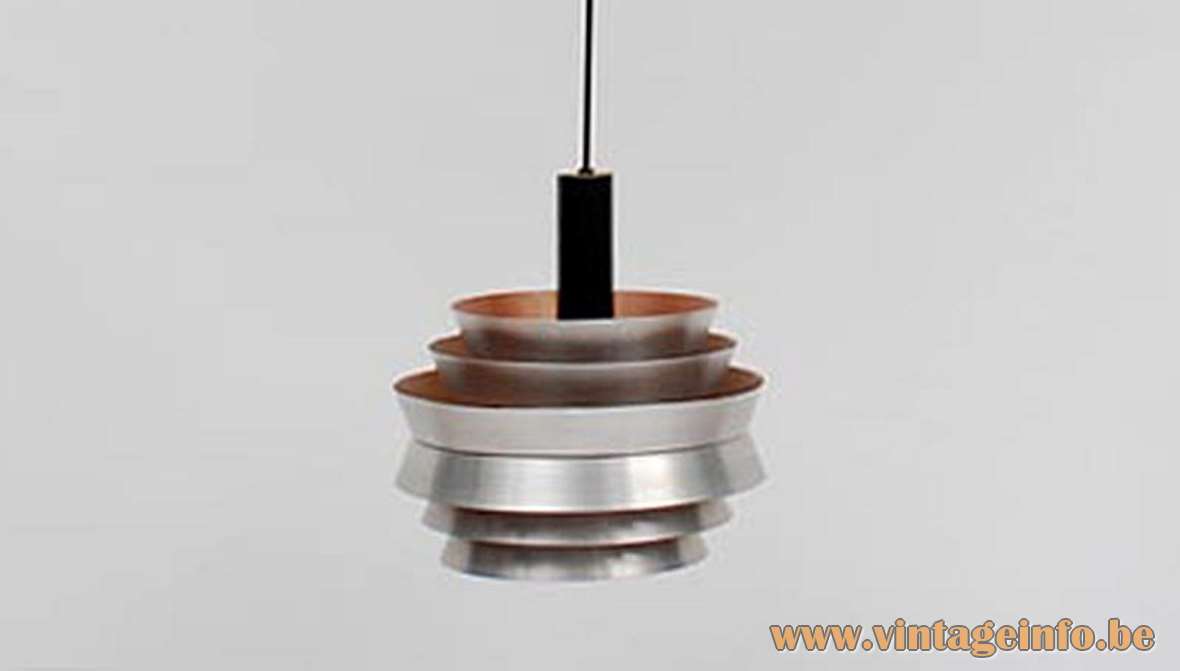 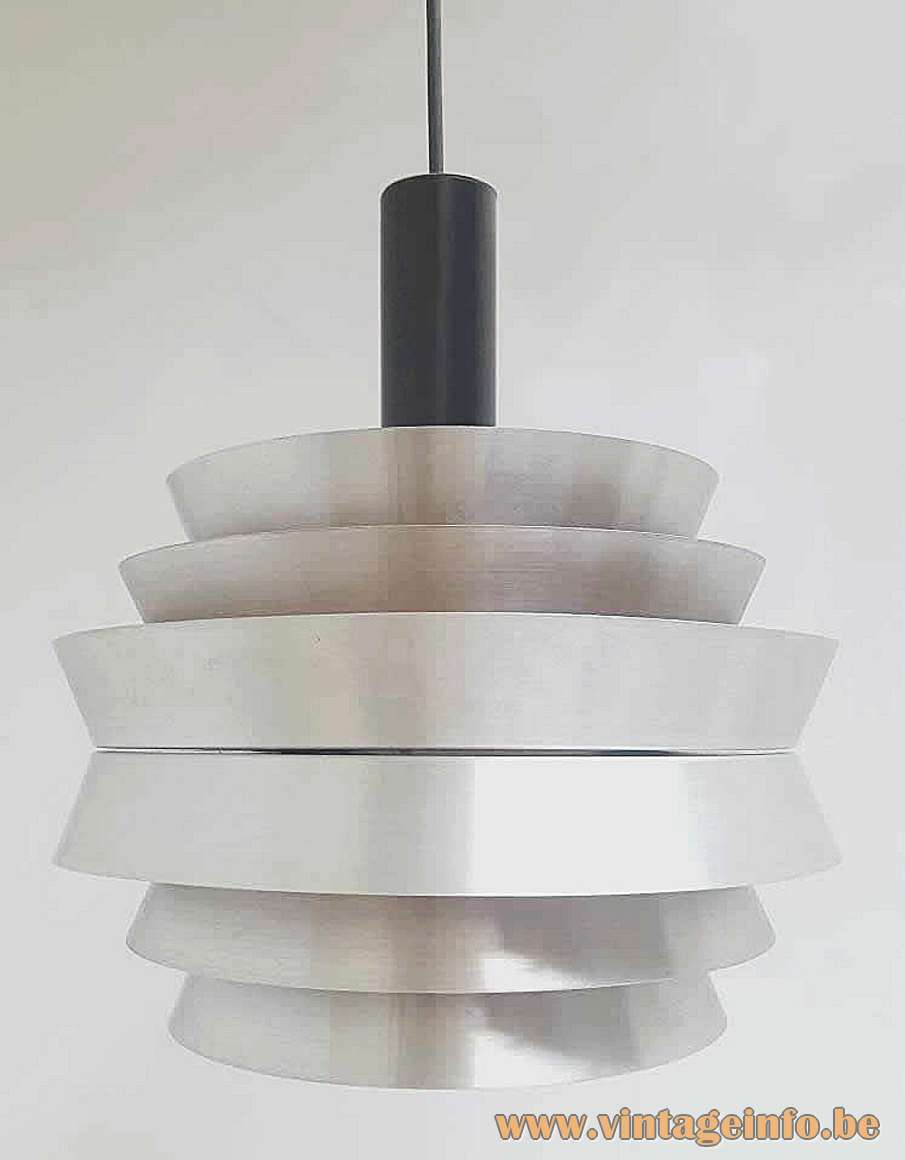 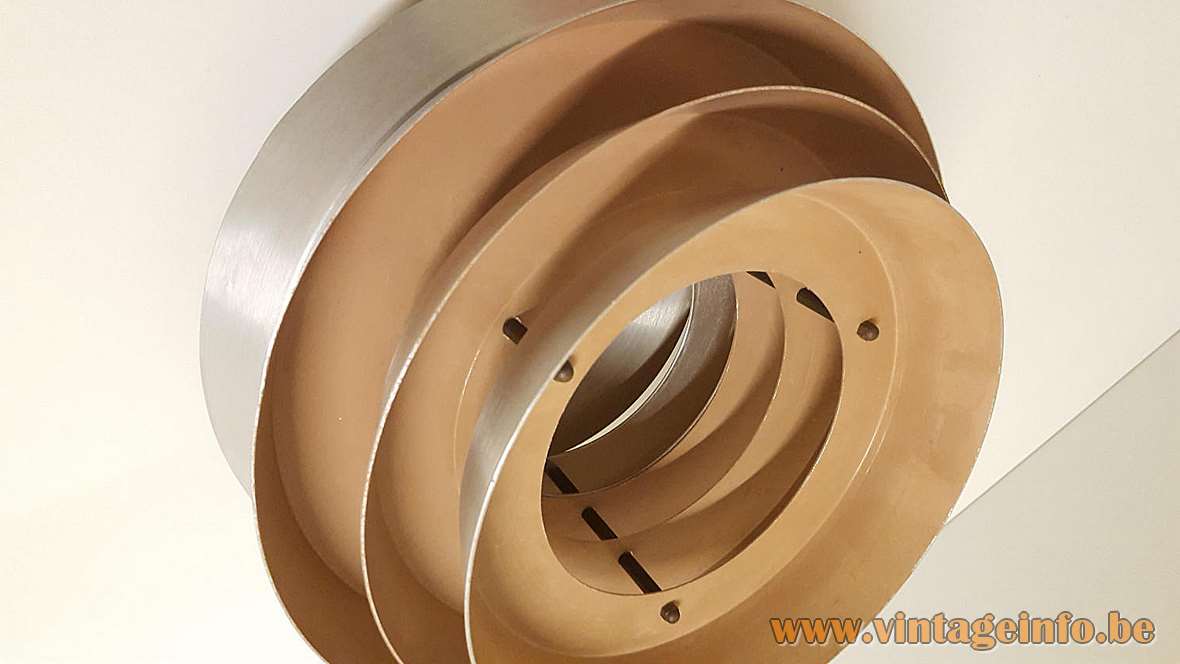 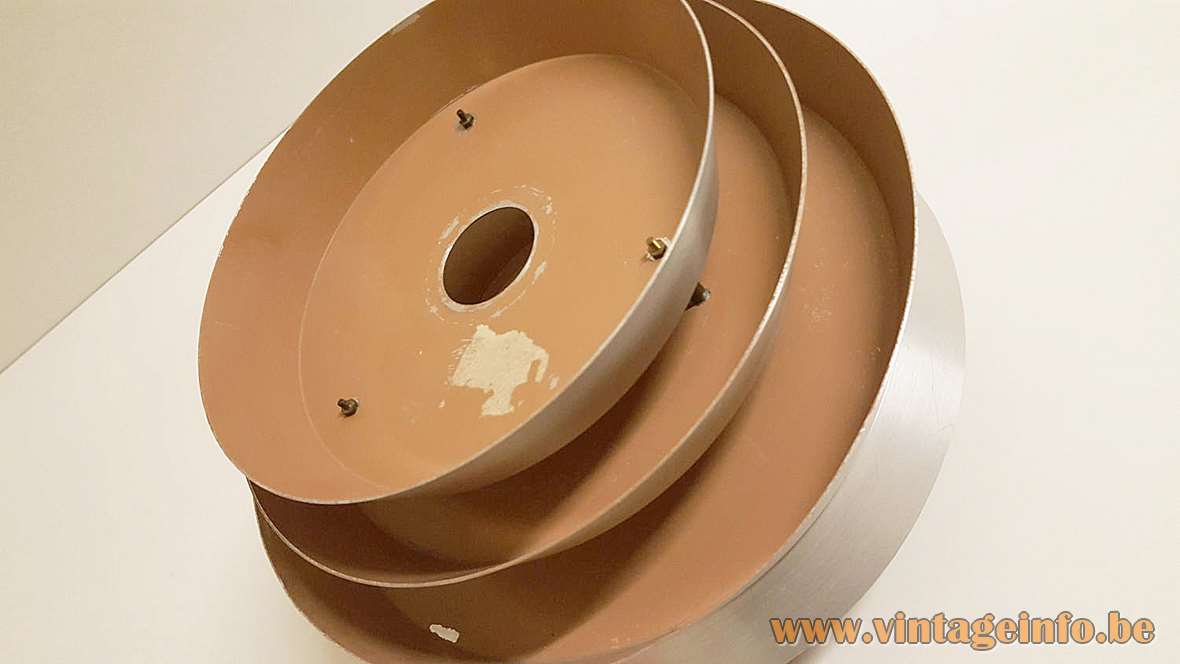 The village of Töreboda – Wikipedia

History of Hermanders on the website of the company (in Swedish)

Lamps in the Carl Thore style

Materials: 6 aluminium rings screwed together as a lampshade. Taupe (purple/brownish) painted on the inside. Black aluminium tube on top. Some metal parts. Bakelite E27 socket.

Other versions: The Carl Thore Trava pendant lamp was made in many versions.

Carl Thore was born in 1916 in Amal (Sweden’s Dalsland). After working for a lighting firm called Luko, in 1961 he joined Granhaga Metallindustri, for whom he designed lights and was also head of sales, and where he remained working until his retirement around 1981. The real name of the designer known as Carl Thore was Sigurd Lindkvist. He passed away in 1999.

Lindkvist adopted the pseudonym Carl Thore for his Granhaga light designs on the spur of the moment when he was presenting the lights to a client who asked the identity of the designer. “Carl Thore,” Lindkvist blurted out, these being his two middle names. After that Granhaga lights were embellished with a small label on which the words “Design Carl Thore” were printed in a handwritten-style font.

Granhaga Metallindustri AB was founded after World War II in 1947 and was managed by Sven Persson. The company was located in Töreboda, Sweden, a locality with some 4700 inhabitants (2017). Töreboda is the hometown of the famous punkband Asta Kask.

In 1989 Hermanders AB was purchased by Töreboda Skrotaffär. Hermanders AB filed for bankruptcy in 1991. Nya Hermanders AB starts with new owners Jan Engström and Göran Johansson. In the next years the company expanded to what it is today.

The design of the Carl Thore lamps was used by several others. Similar lamps, but more rounded versions were designed by Bent Nordsted for Lyskaer Belysning from Denmark. Lyskaer Belysning was active from 1969 until 1991. In The Netherlands it was the company Lakro who were “inspired” by Carl Thore‘s designs. Also the other Dutch company Herda produced a series of lamps in the style. The Belgian company Massive was of course also present with some designs. So did many companies around the world. 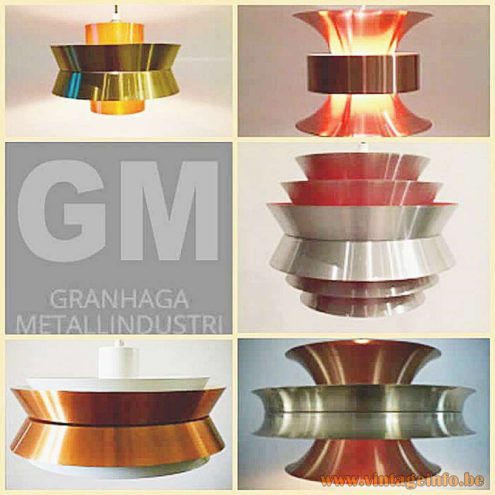