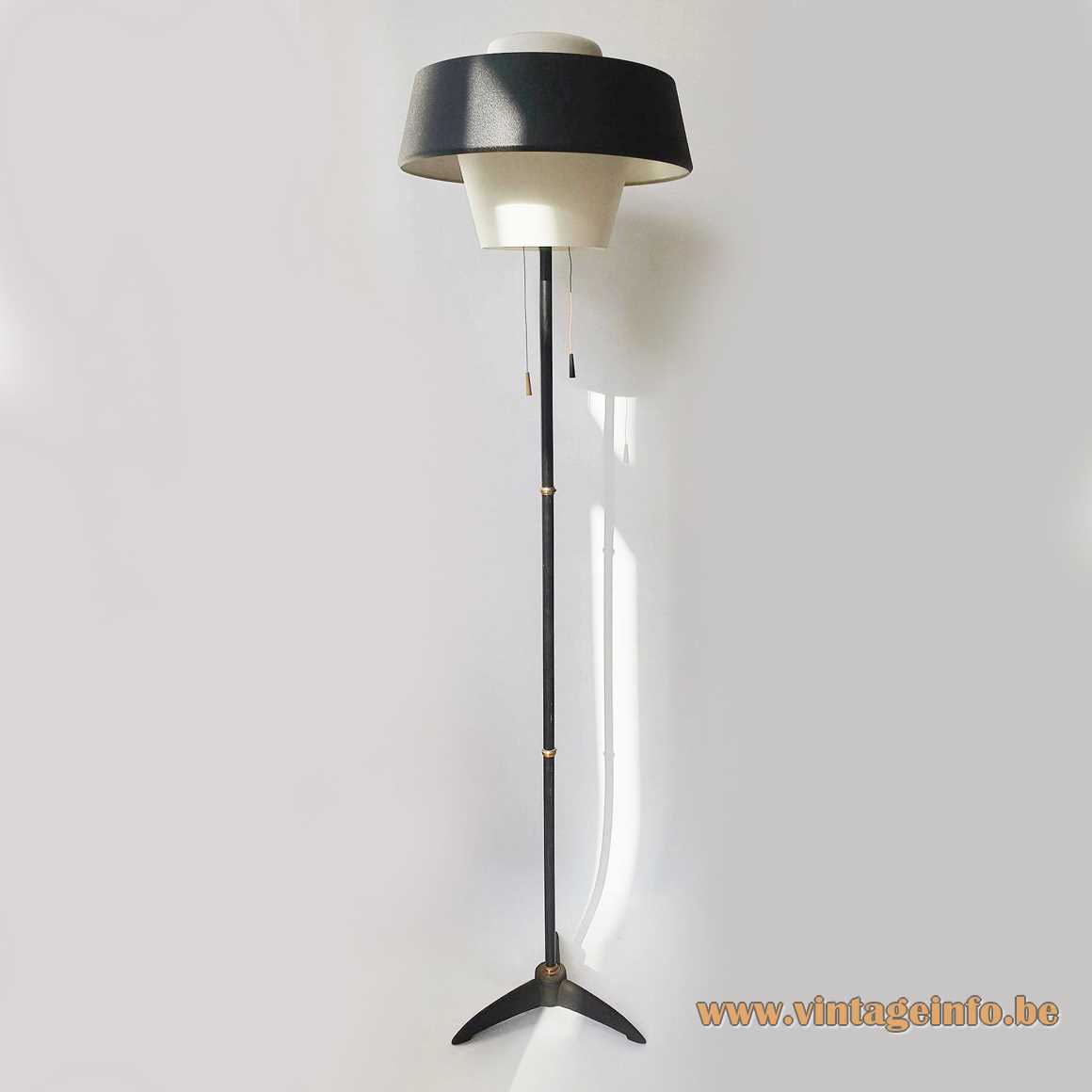 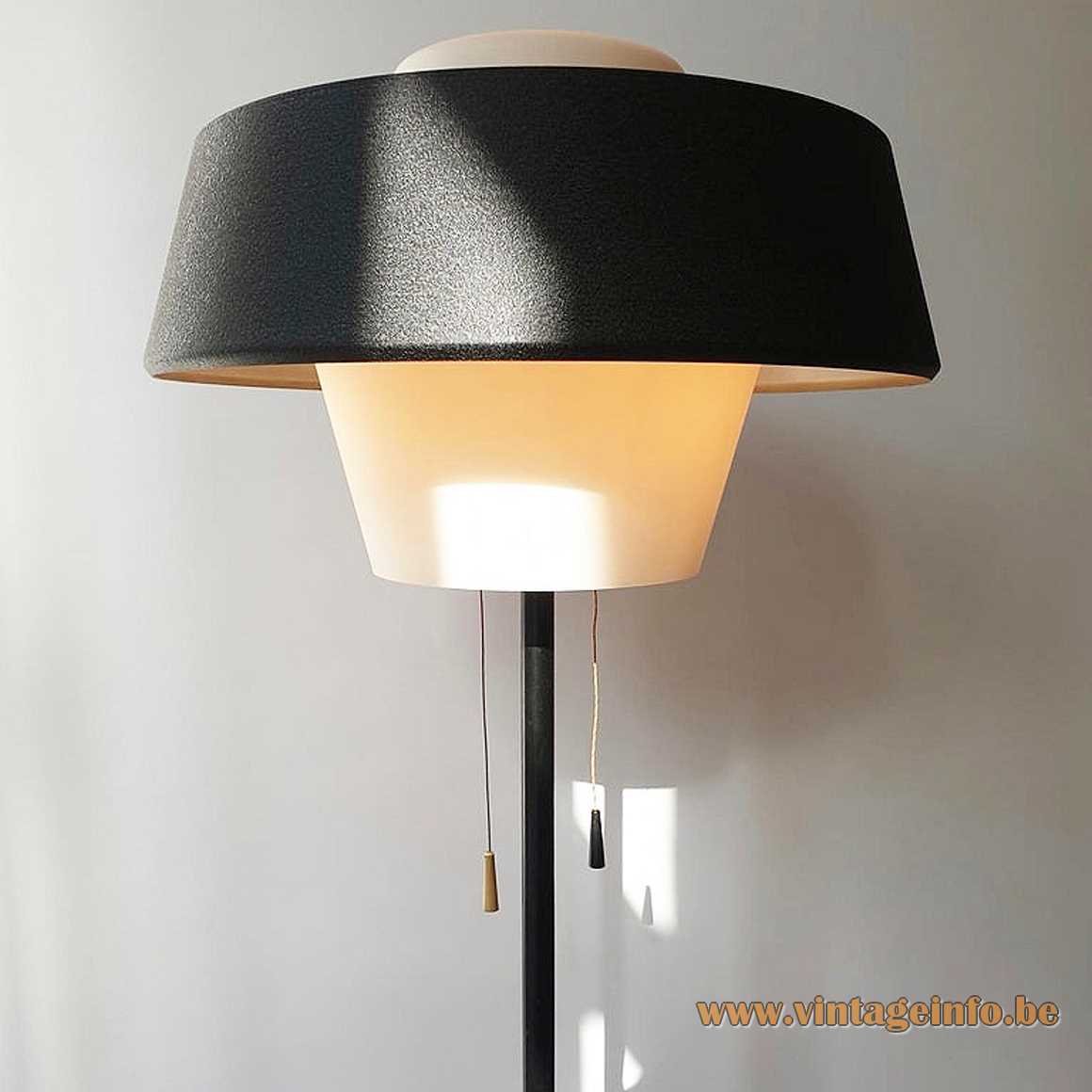 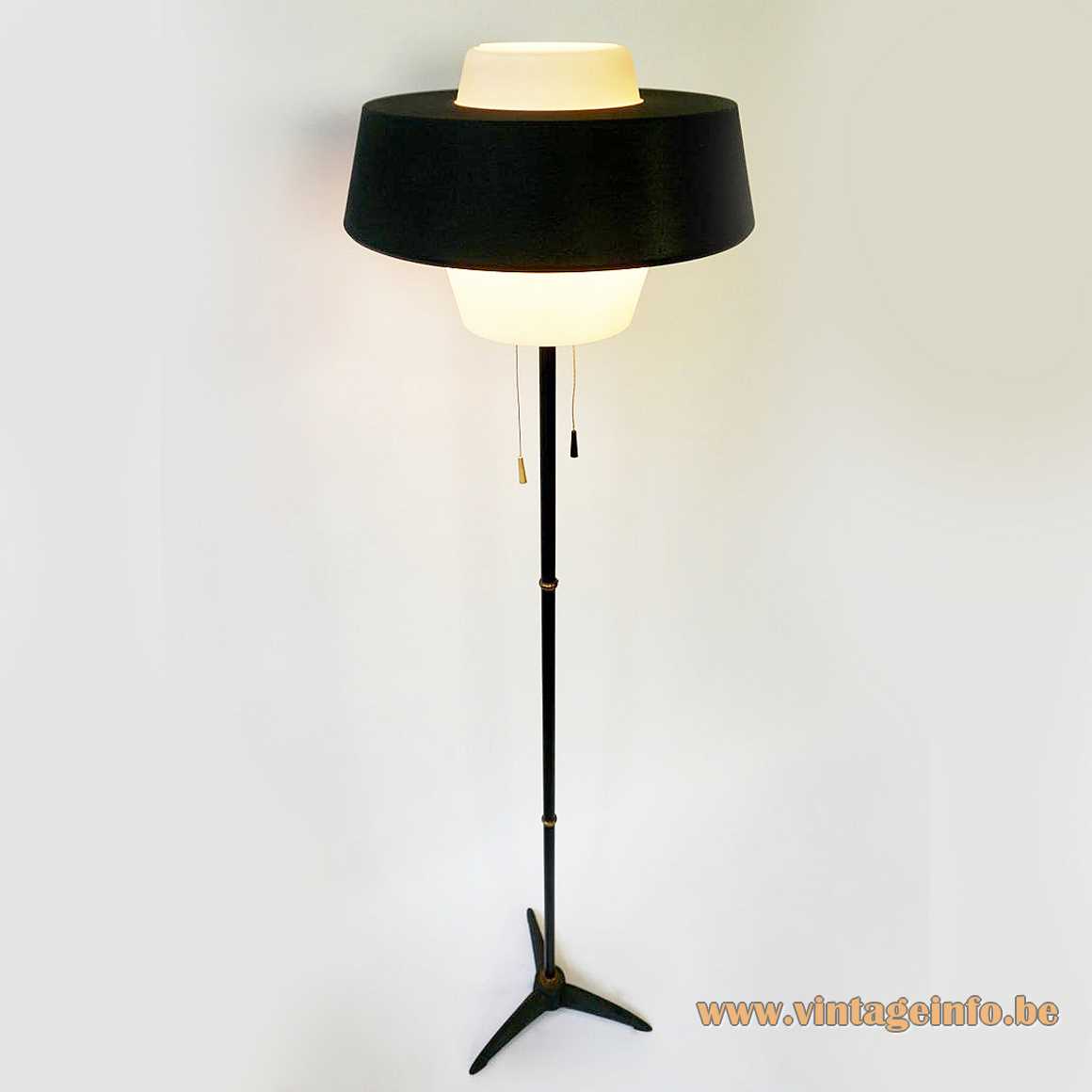 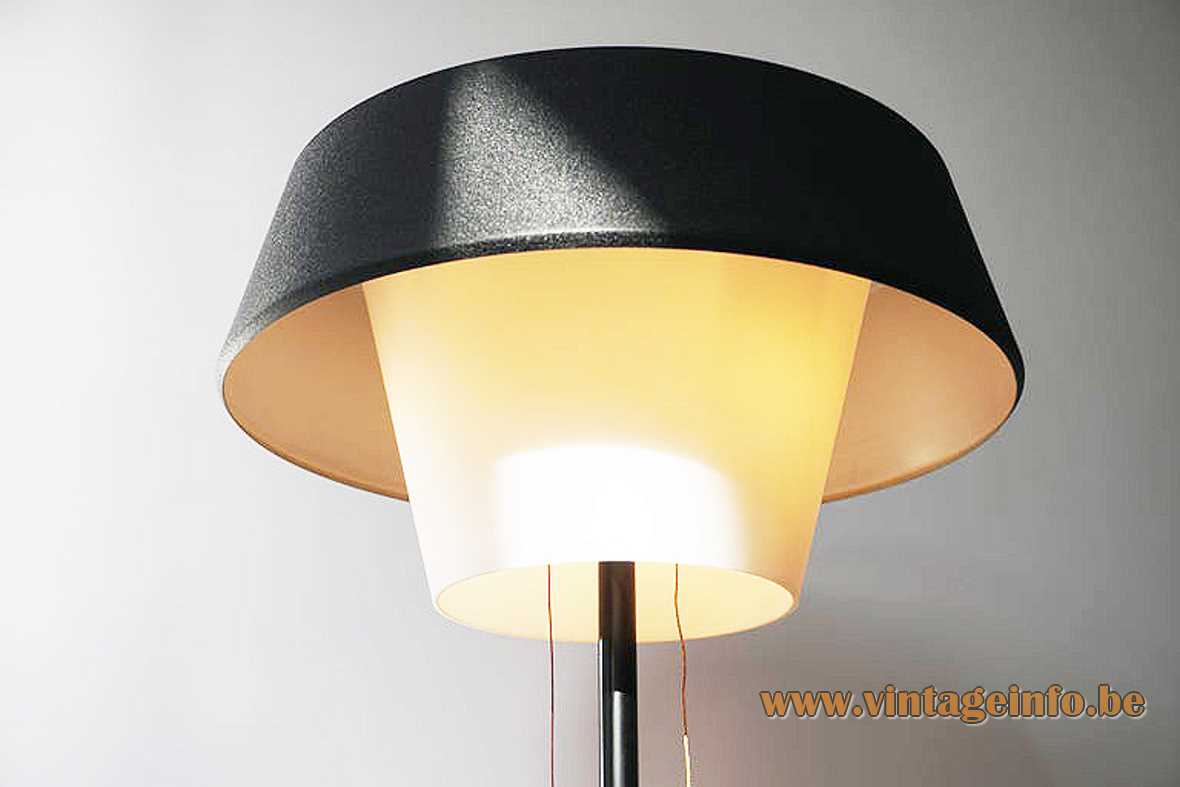 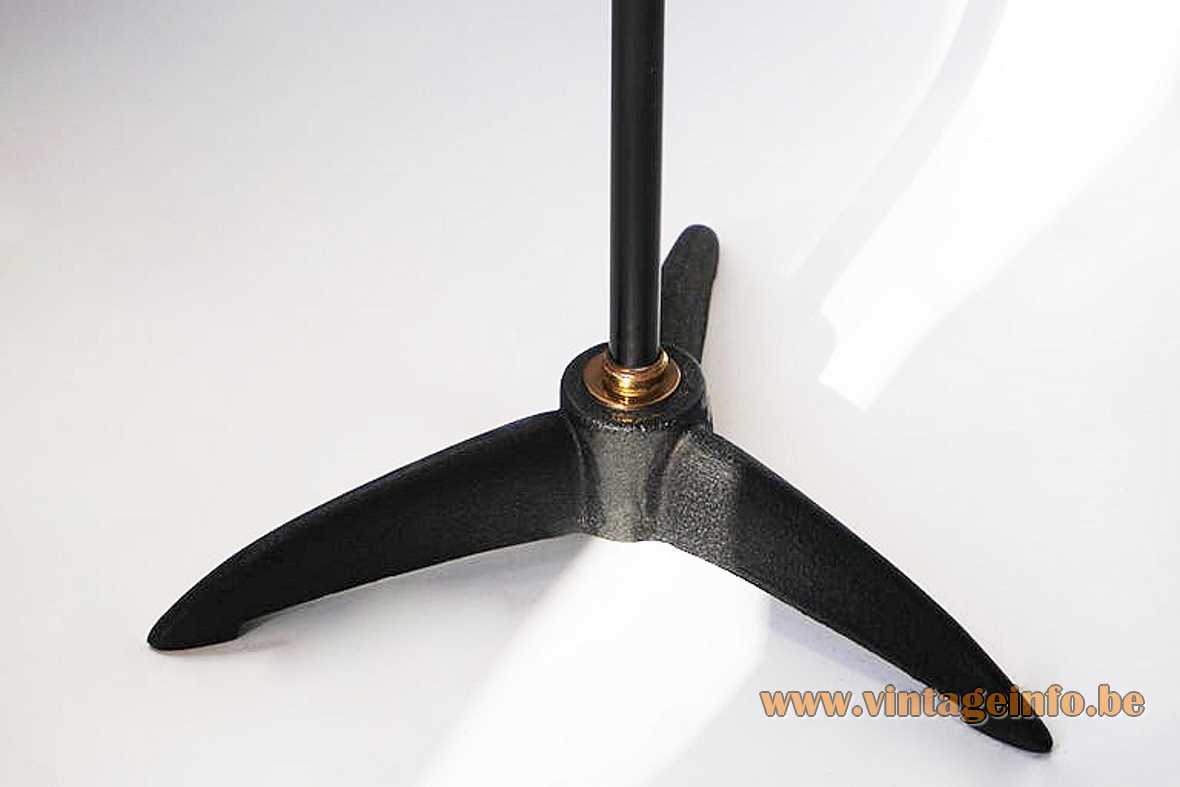 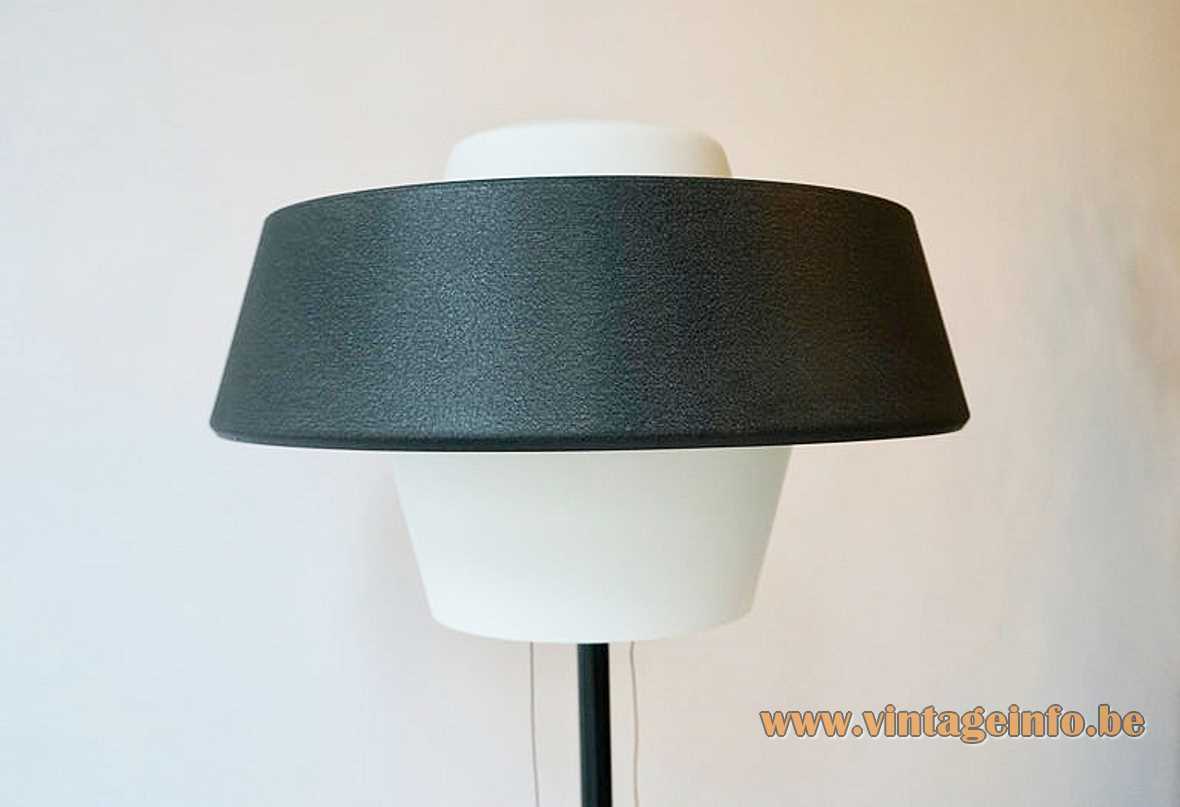 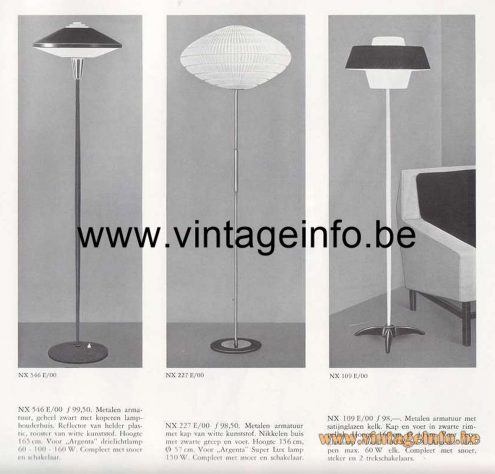 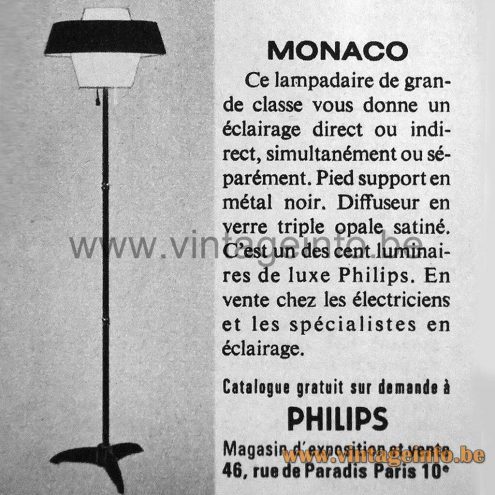 Other versions: This Louis Kalff NX 109 floor lamp exists in a few variations. In the catalogue from 1964 it appears in the version with a white rod and whiteout the brass decoration. In France this floor lamp was named Monaco, as you can see below.

As a freelancer he also designed posters and advertising for the Holland America Line, Calvé, Zeebad Scheveningen, Holland Radio and many others. Kalff also designed book covers.