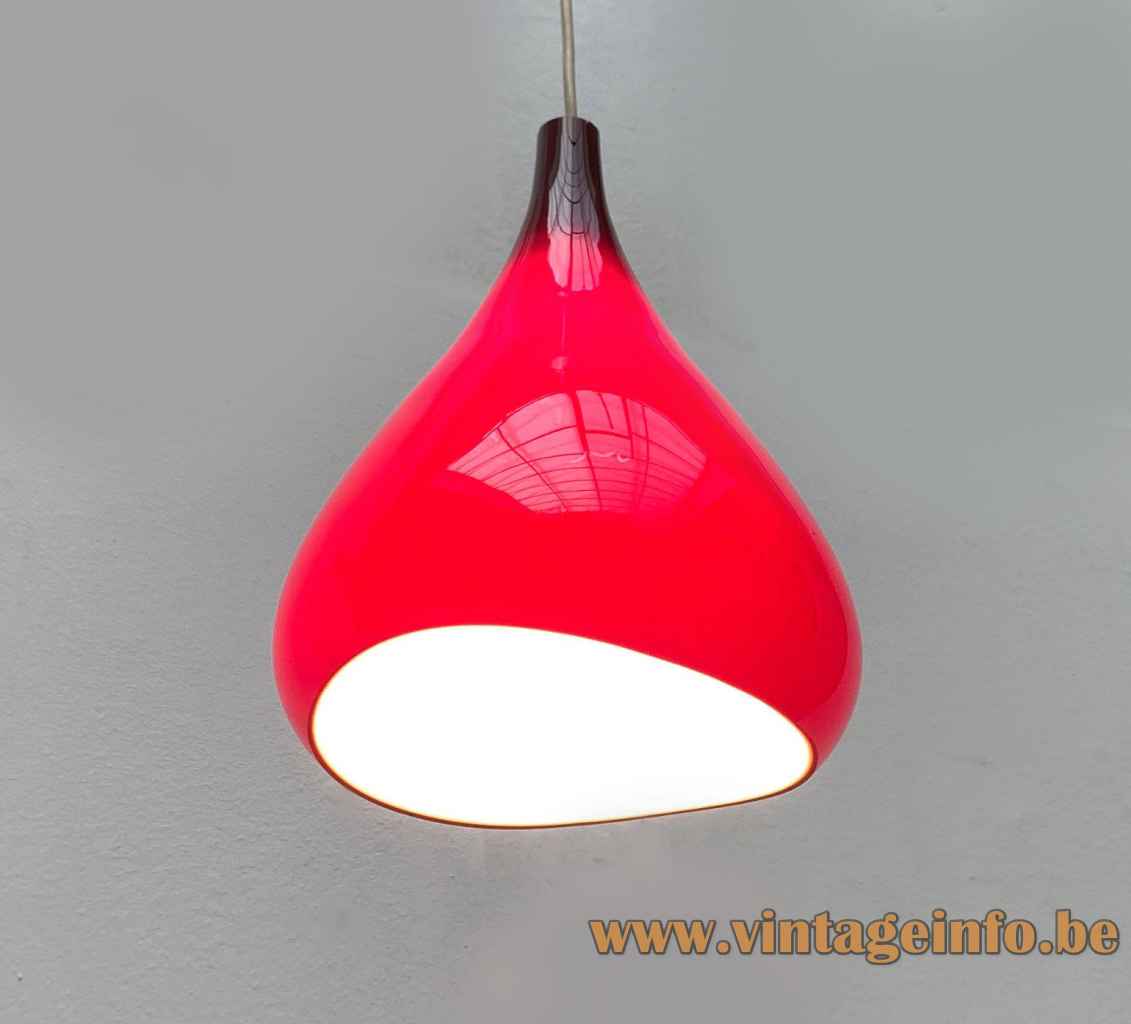 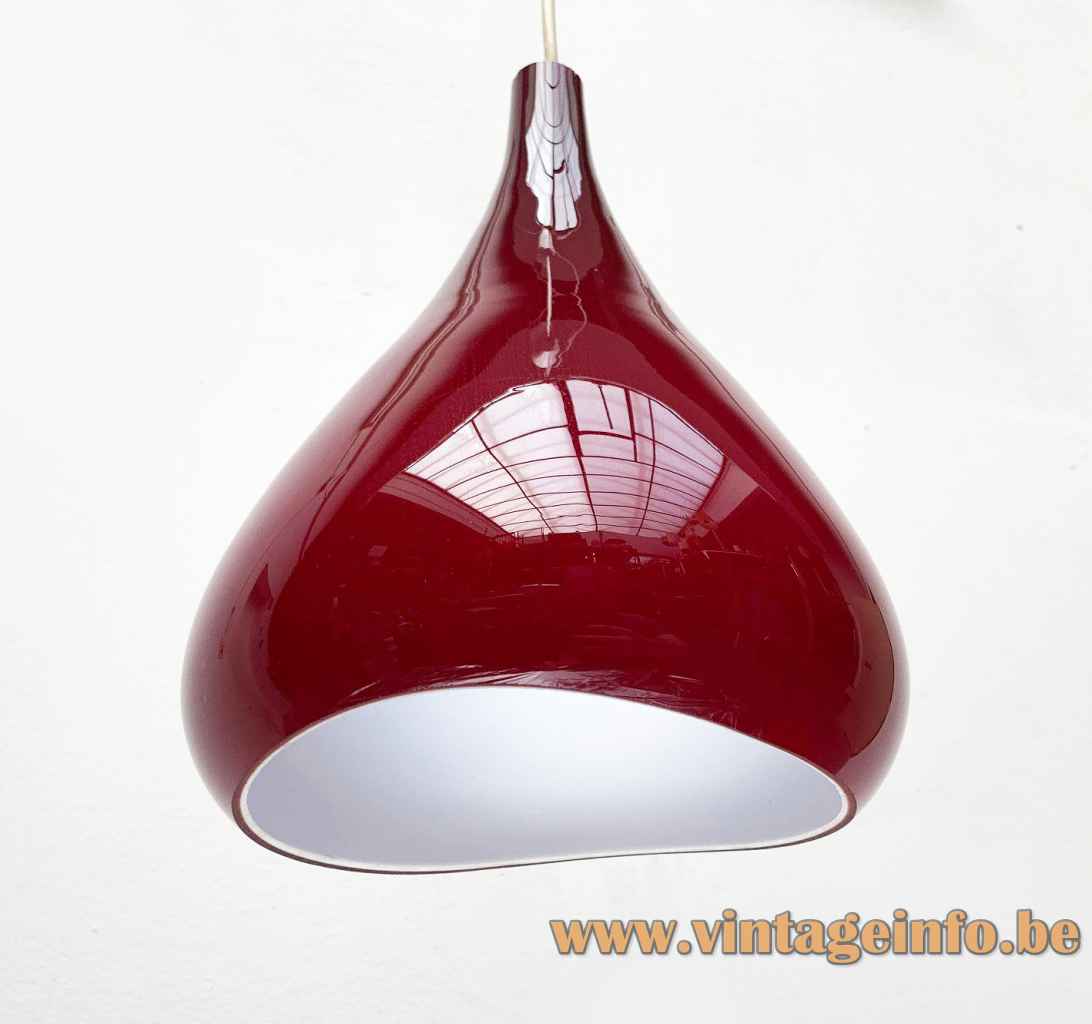 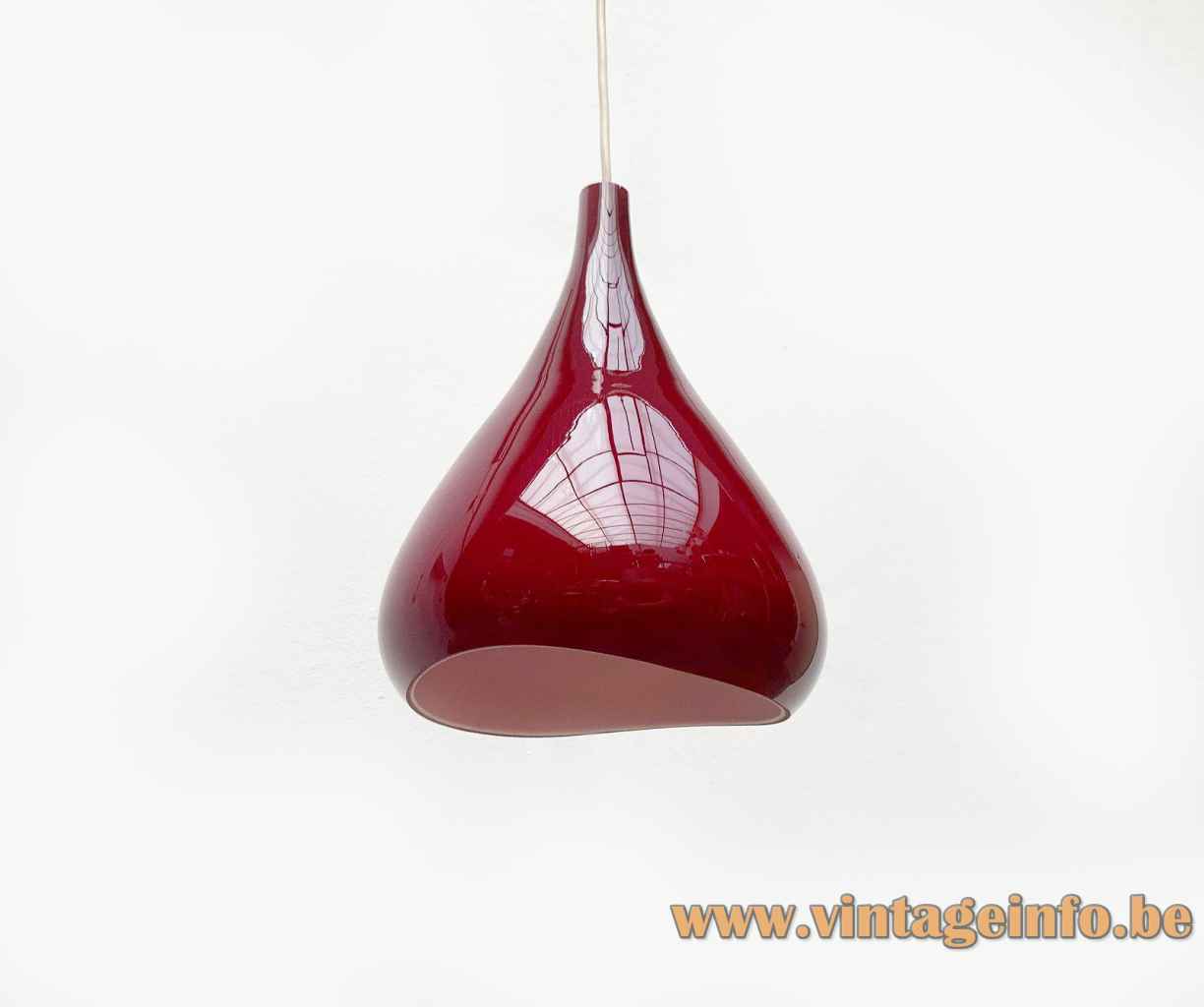 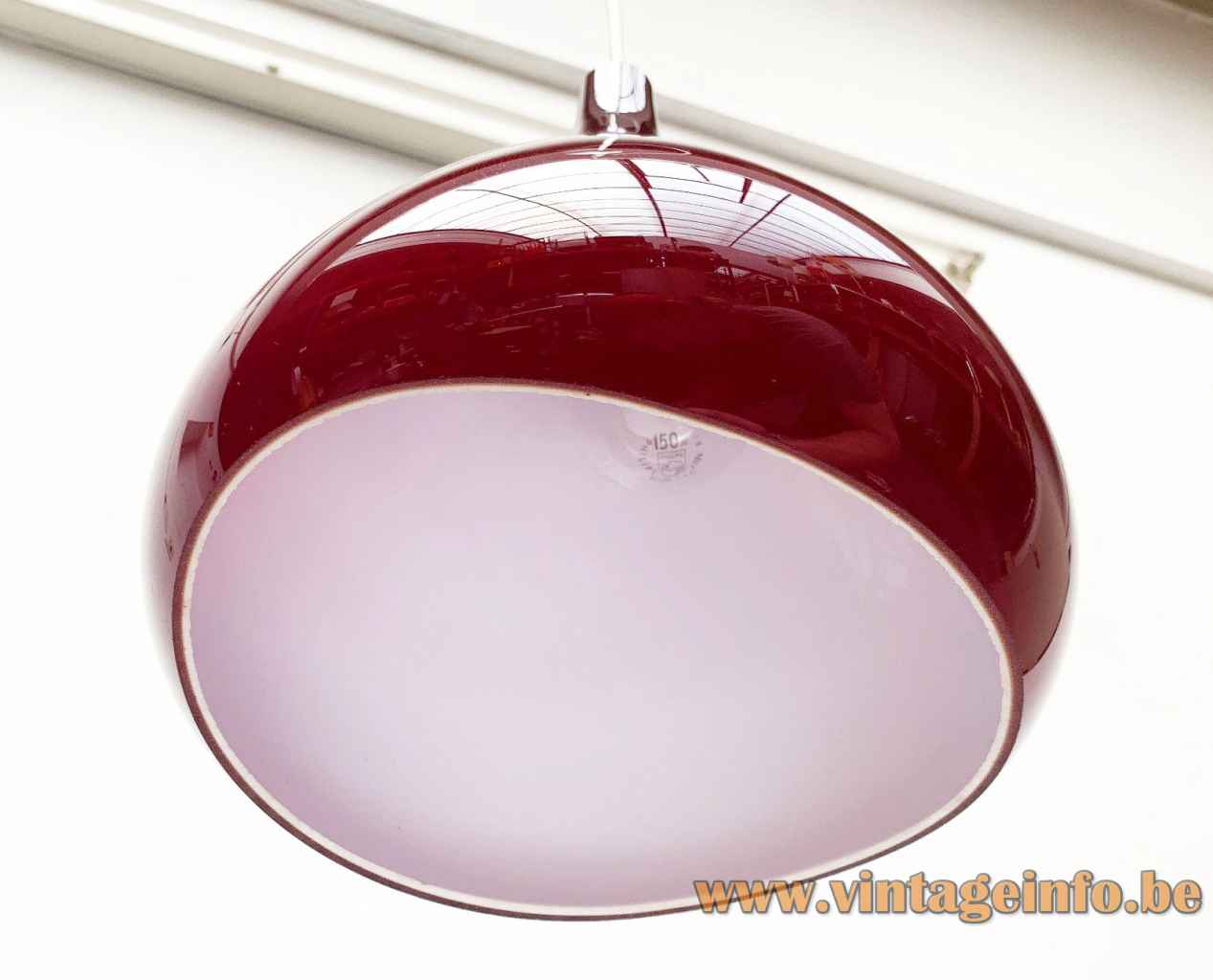 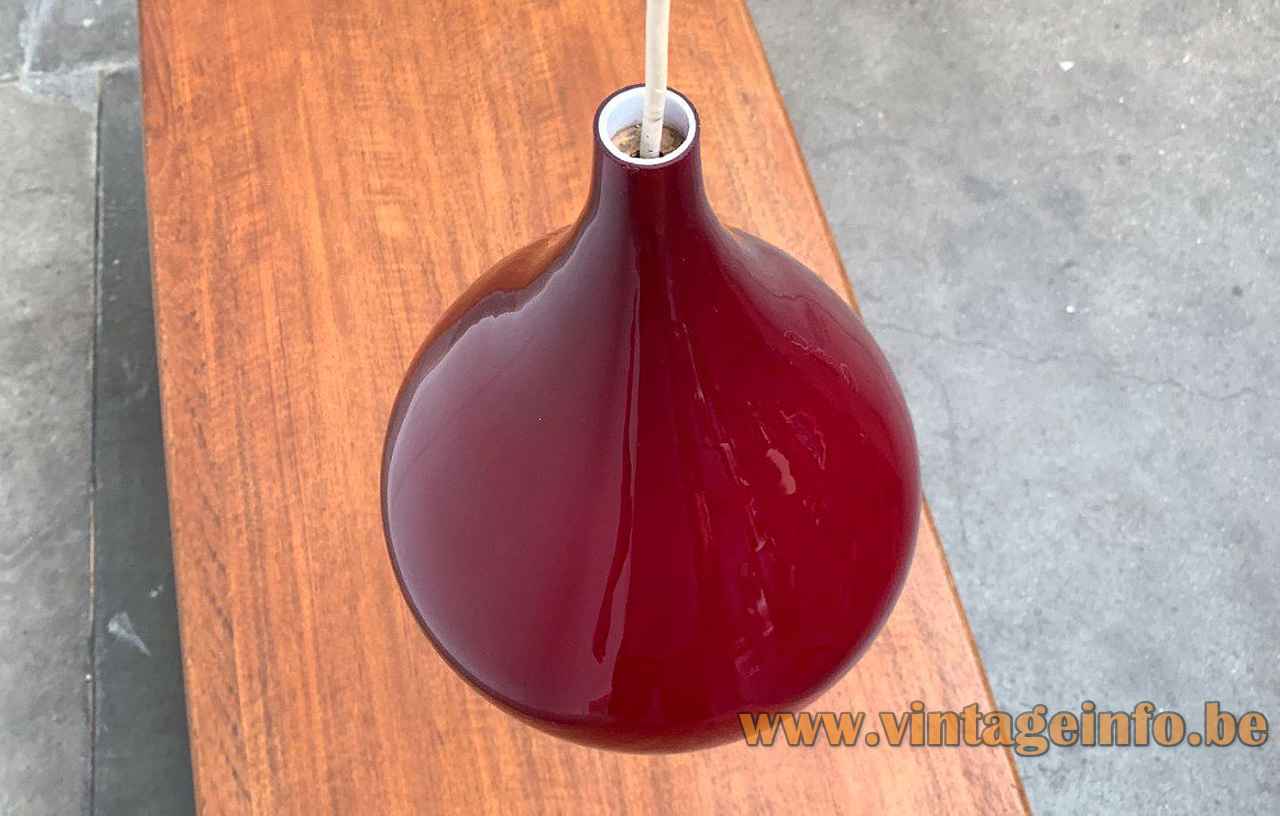 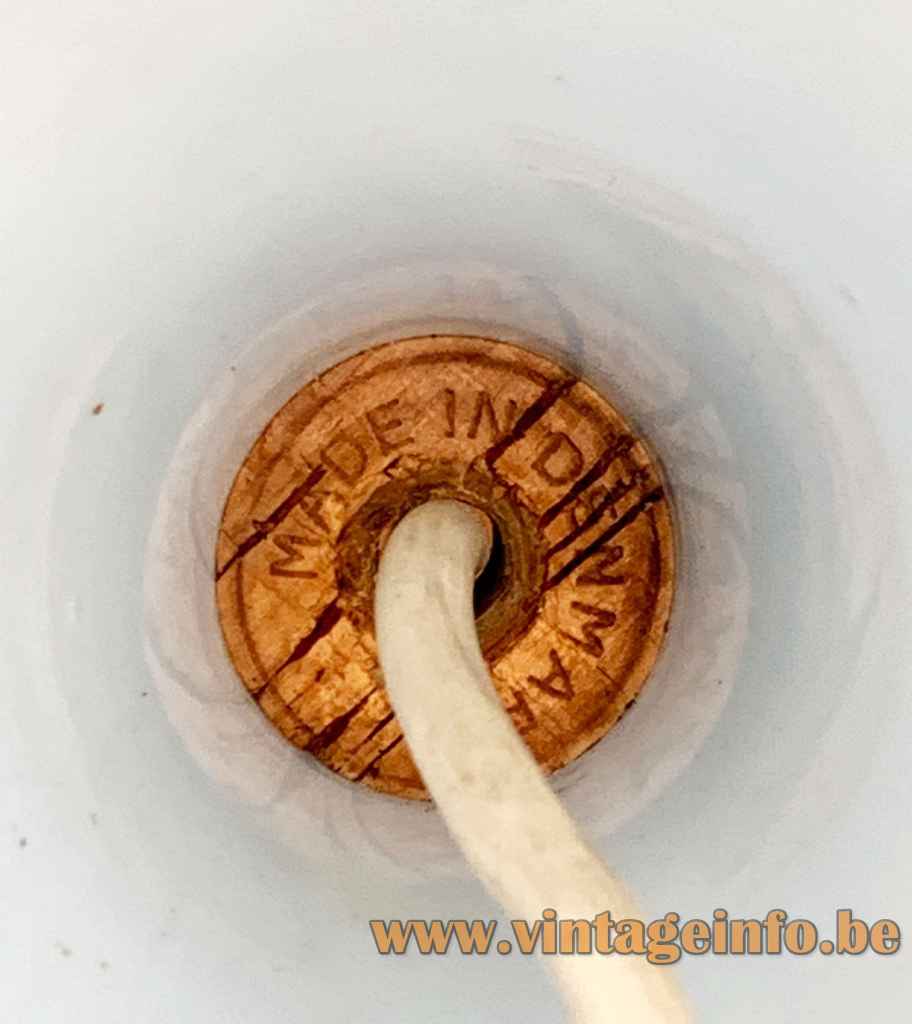 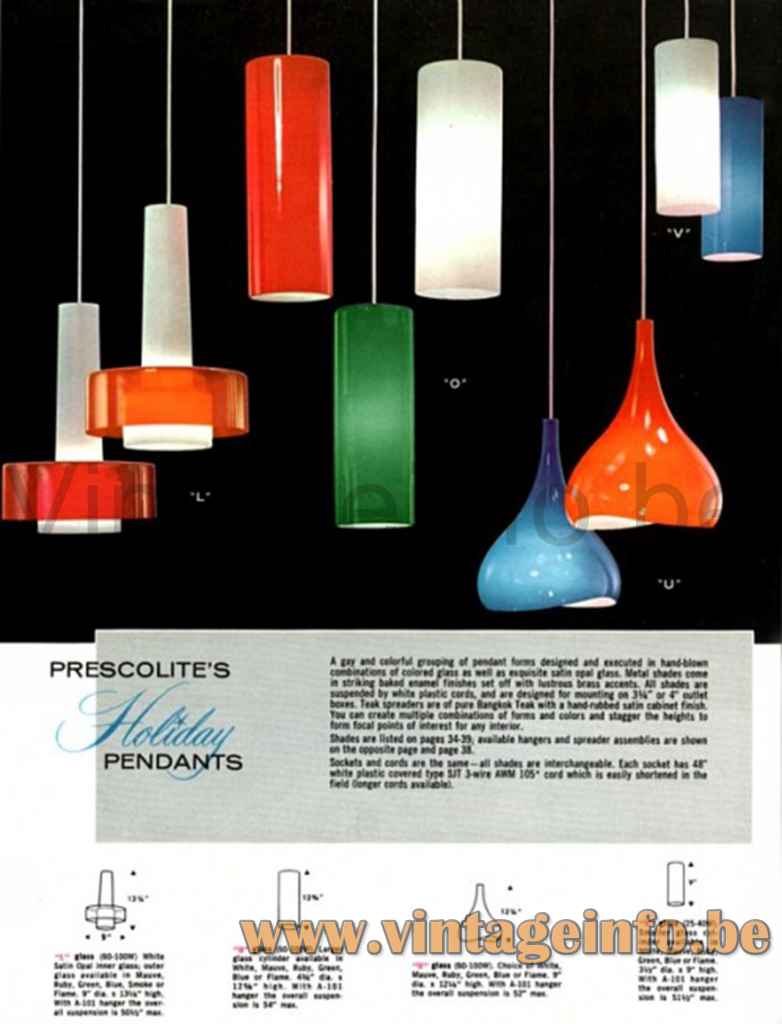 “The Would-Be King is Dead. God Save the Man Who Would Have Been King” – Bernadotte biography on Snuggling with the Enemy

Other versions: This Nordisk Solar Krokus pendant lamp exists in several colours. It is model 1016. Later versions have another hanging mechanism, and not a cork inside to hold the socket.

In the USA these lamps were sold by Prescolite. Today Prescolite is part of LBC Lighting. Probably also some other companies sold Nordisk Solar lamps.

Acton Bjørn was born, 23 September 1910 in Copenhagen, Denmark. He studied at the Royal Danish Academy of Fine Arts (Kunstakademiets Arkitektskole) from 1931 to 1933.

From 1933 until 1934 Bjørn worked with Jørgen Berg and Ivar Bentsen on Blidah, a housing development in Hellerup. He was also an employee of architect Vilhelm Lauritzen.

During World War II, he began to design furniture and wallpaper.

Together with Sigvard Bernadotte, the “design prince of Sweden”, he established the first Scandinavian design studio dedicated to industrial design in 1950. Bernadotte & Bjørn became known for products in metal and plastic in many areas. From 1966 to 1990, Acton Bjørn ran the design studio alone.

Acton Bjørn received numerous awards for his designs. He passed away, 20 June 1992 in Charlottenlund, Denmark.

Sigvard Bernadotte, the “design prince of Sweden” was born in 1907 as Prince Sigvard, the duke of Uppland, Sweden. His grandfather, Gustaf V, was the king at that time. He was third in line to the throne at birth.

The prince designed innumerable objects. He designed kitchenware, lighters, furniture, jewellery, glasses and so on. This lamp was designed in the 1960s. Sigvard Bernadotte passed away in 2002. 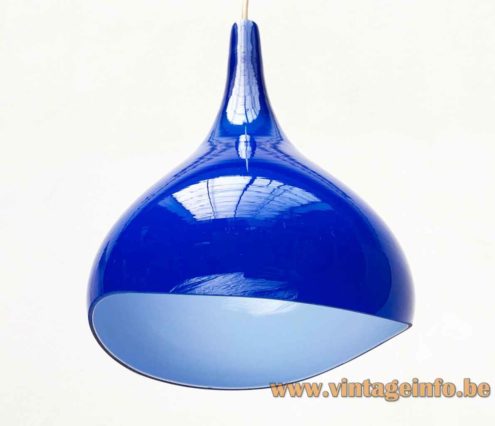 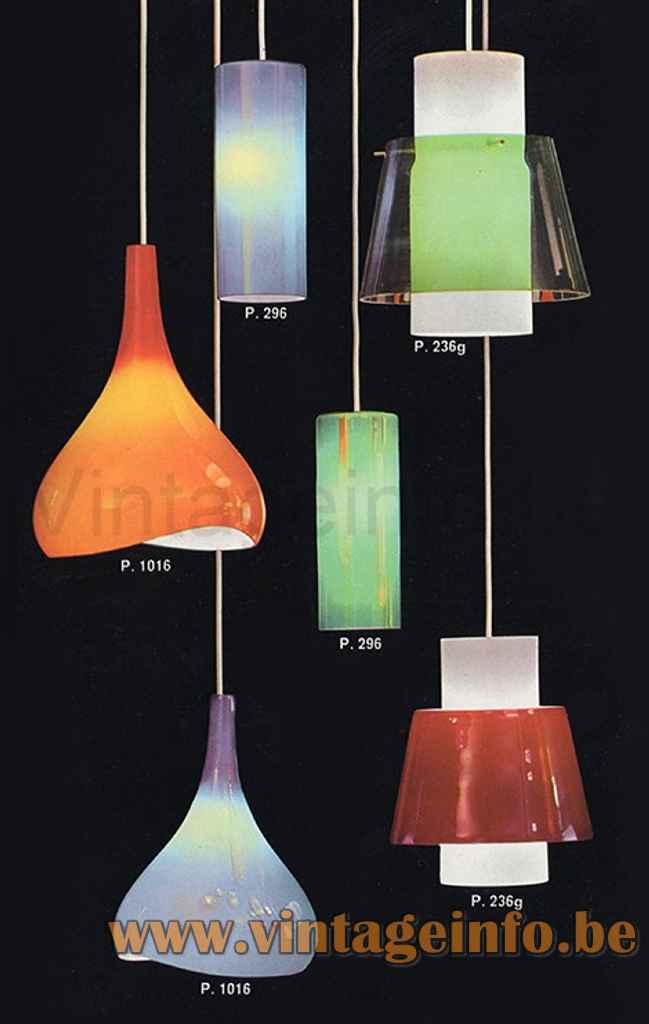