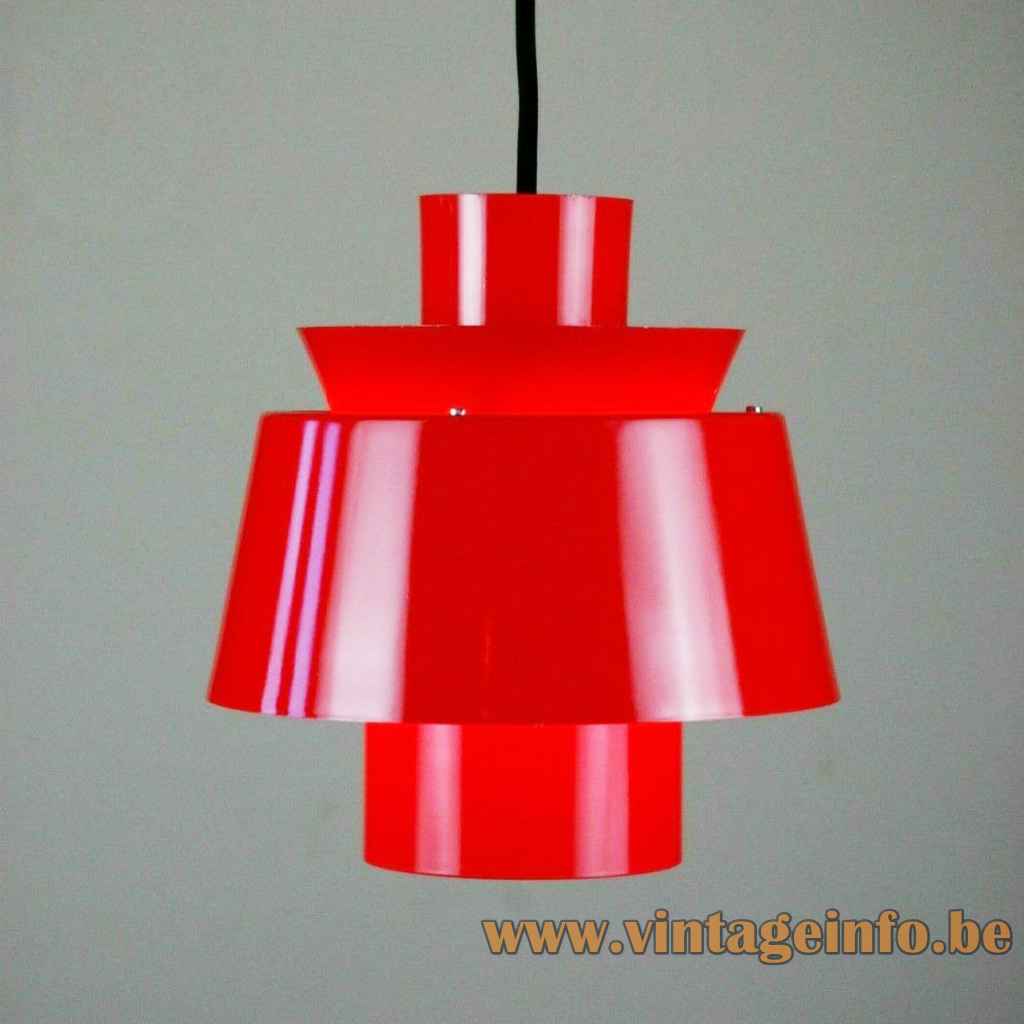 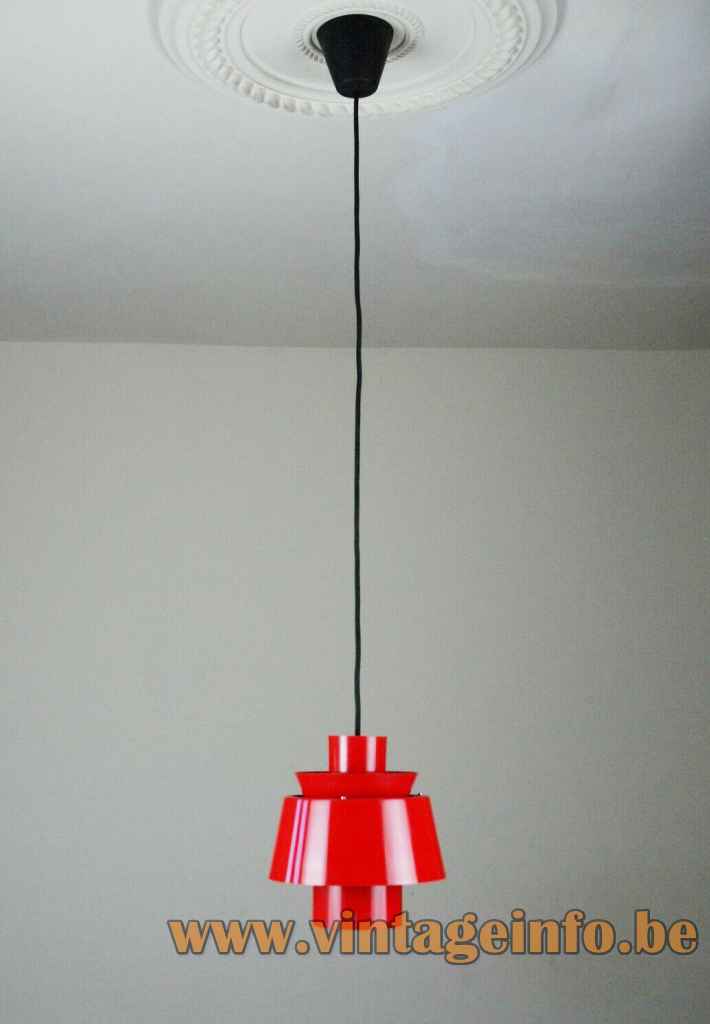 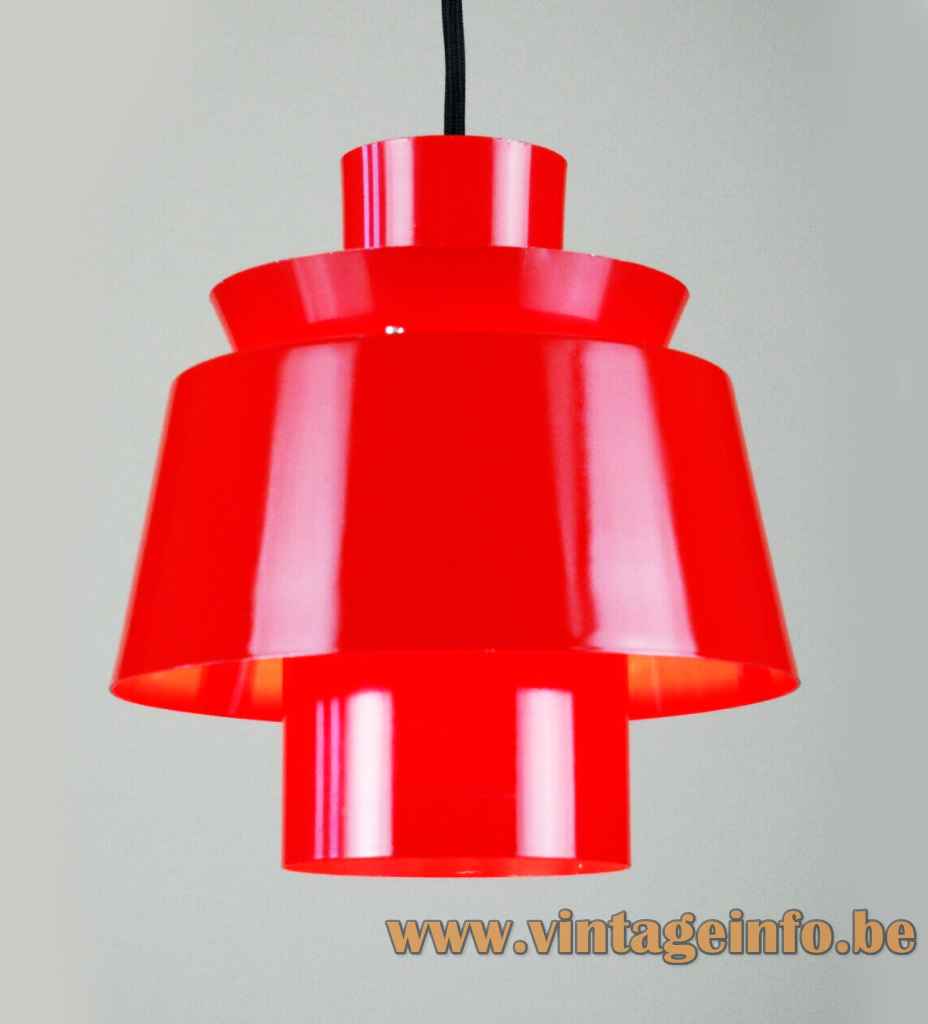 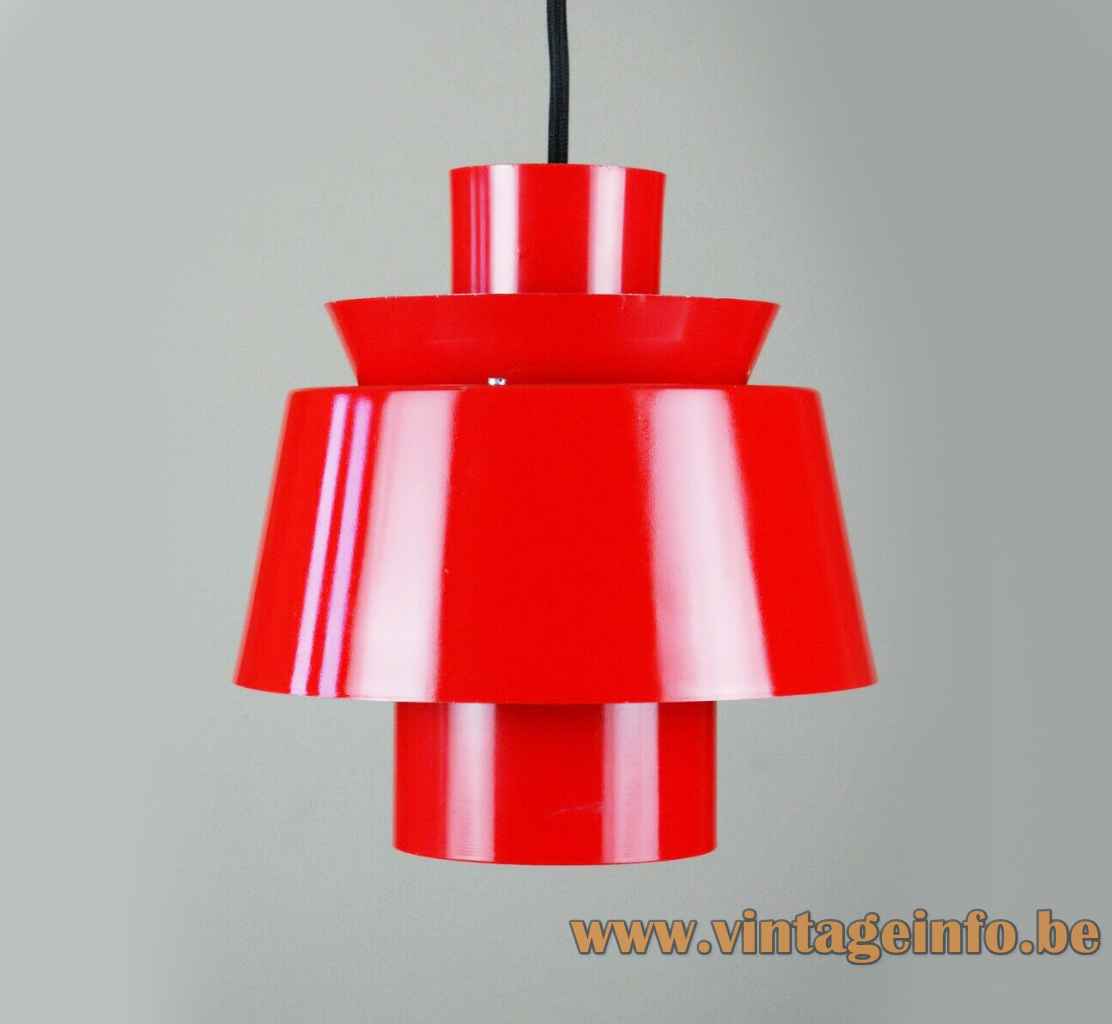 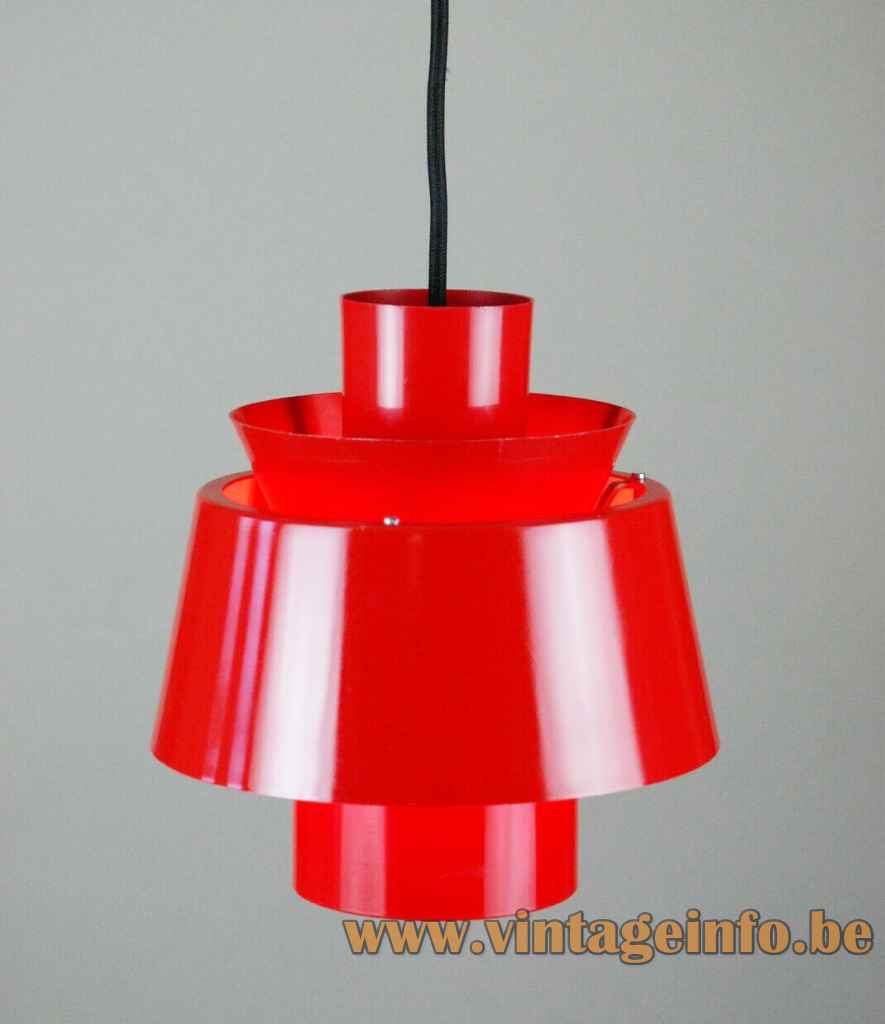 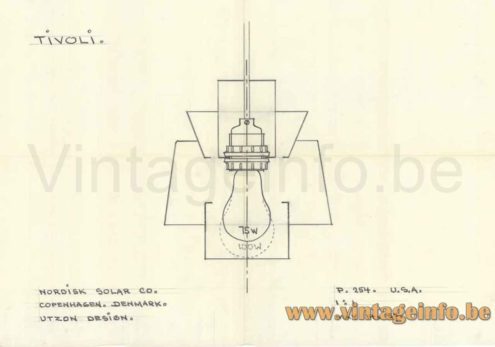 Other versions: This Nordisk Solar Tivoli pendant lamp exists in many colours and 2 sizes. Made in different types of metal. Slight variations in size were made over the years, as you can see in the catalogue pictures.

In the USA these lamps were sold by Prescolite.  Today Prescolite is part of LBC Lighting. Probably also some other companies sold Nordisk Solar lamps.

Jørn Oberg Utzon, born 9 April 1918 in Copenhagen, was a Danish architect and designer. Utzon was most notable for designing the Sydney Opera House in Australia, completed in 1973. Jørn Utzon attended the Royal Danish Academy of Fine Arts from 1937 to 1942. Utson passed away 29 November 2008. 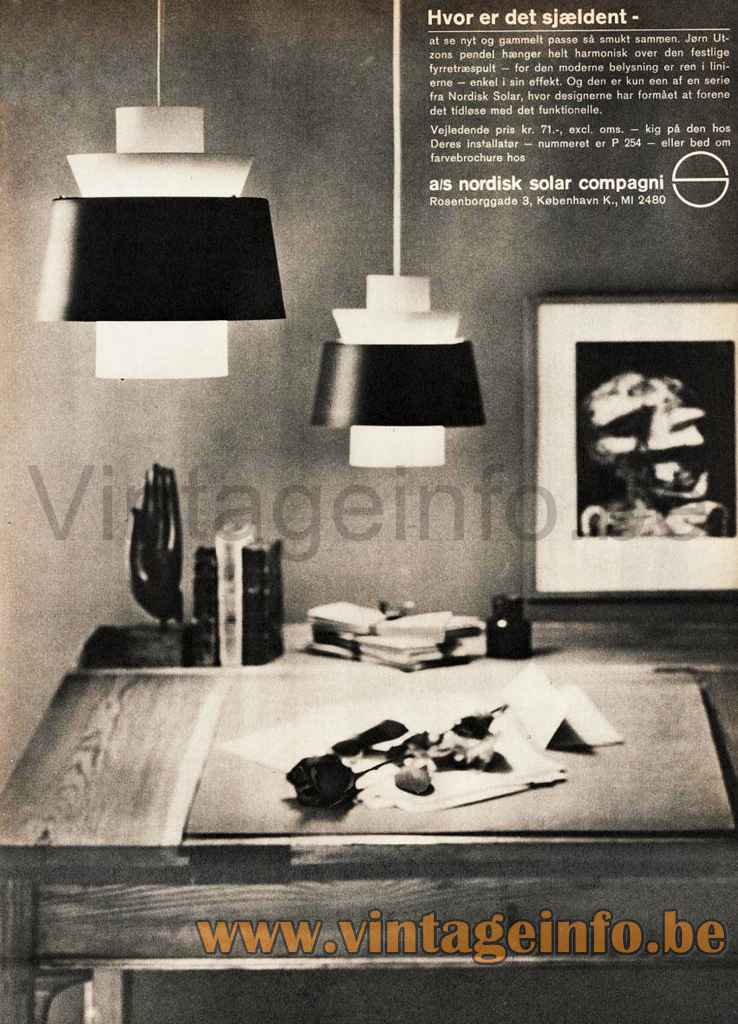 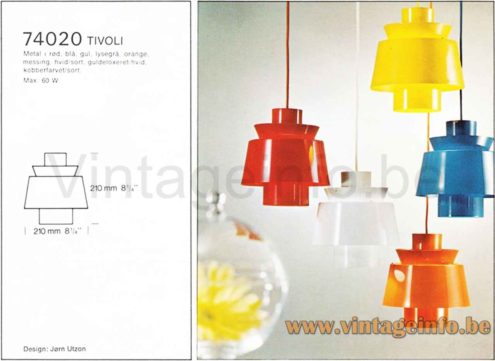 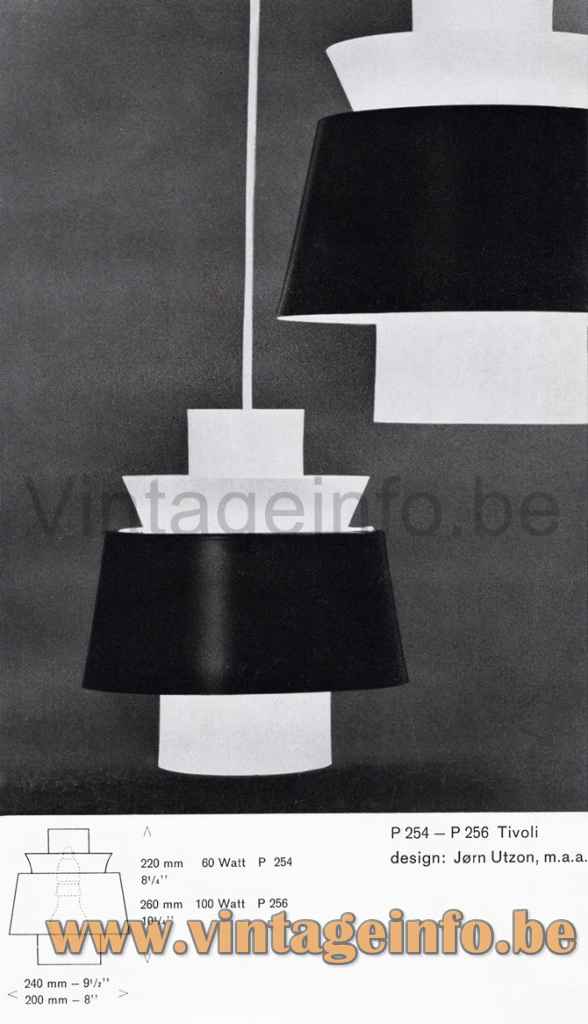