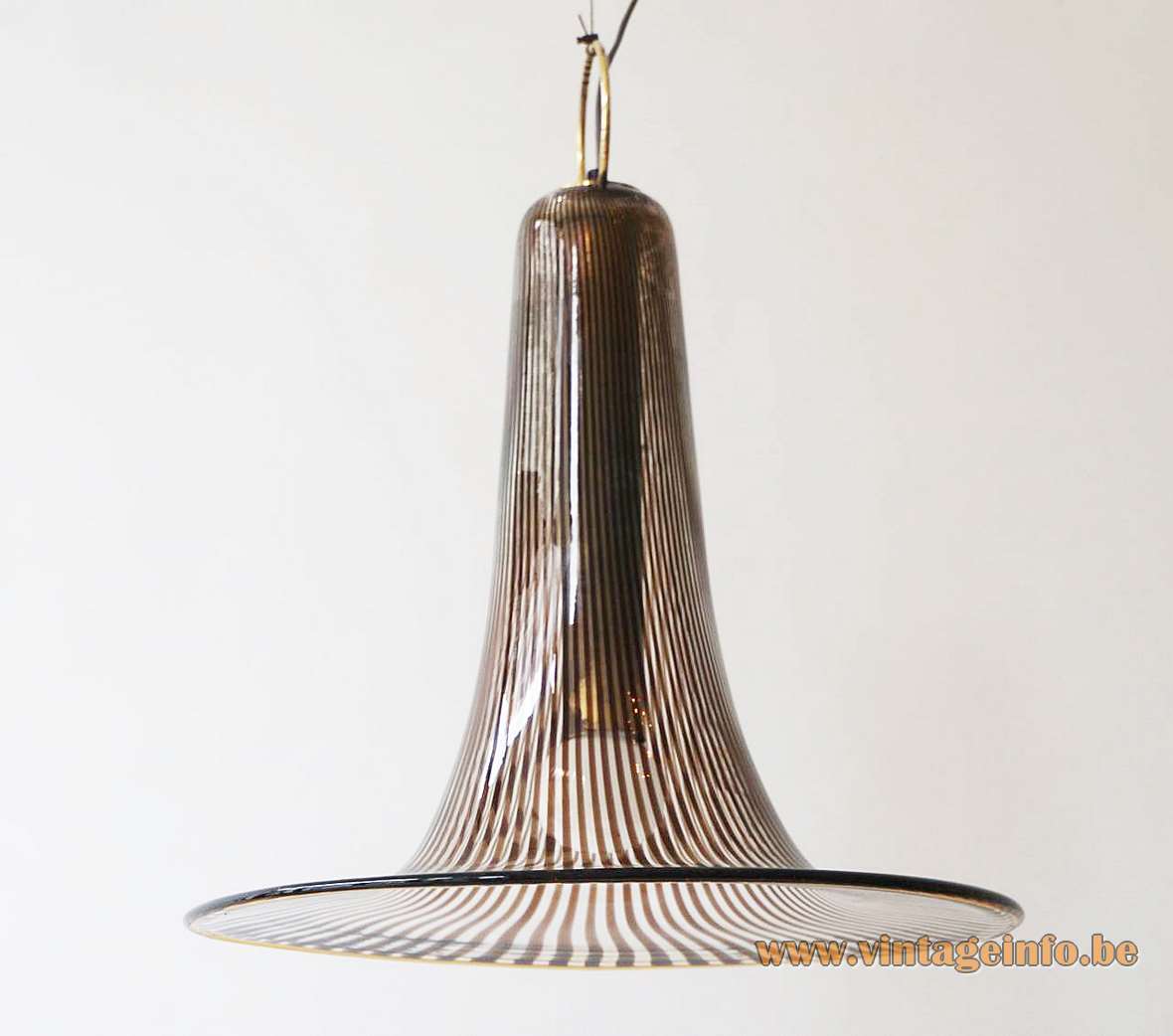 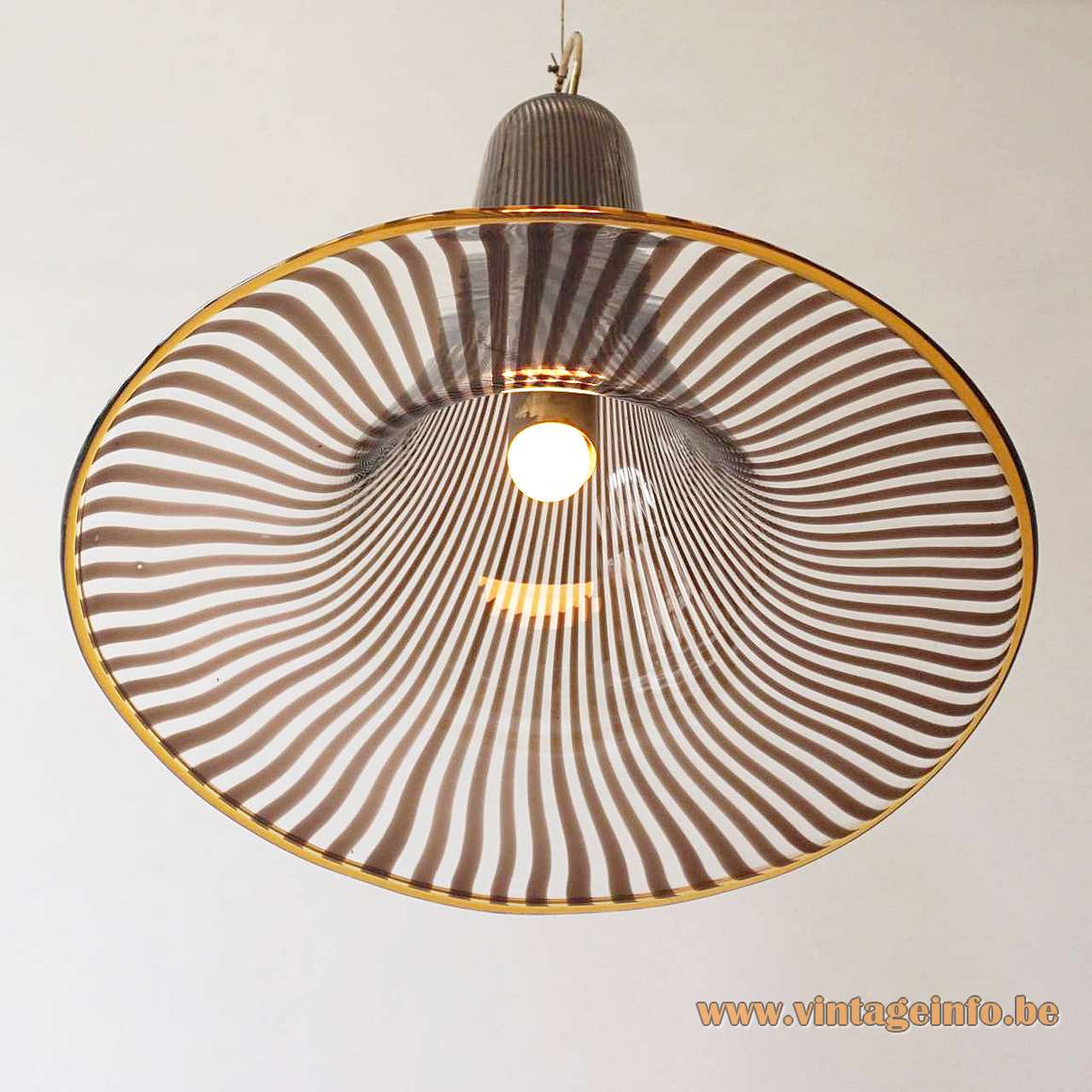 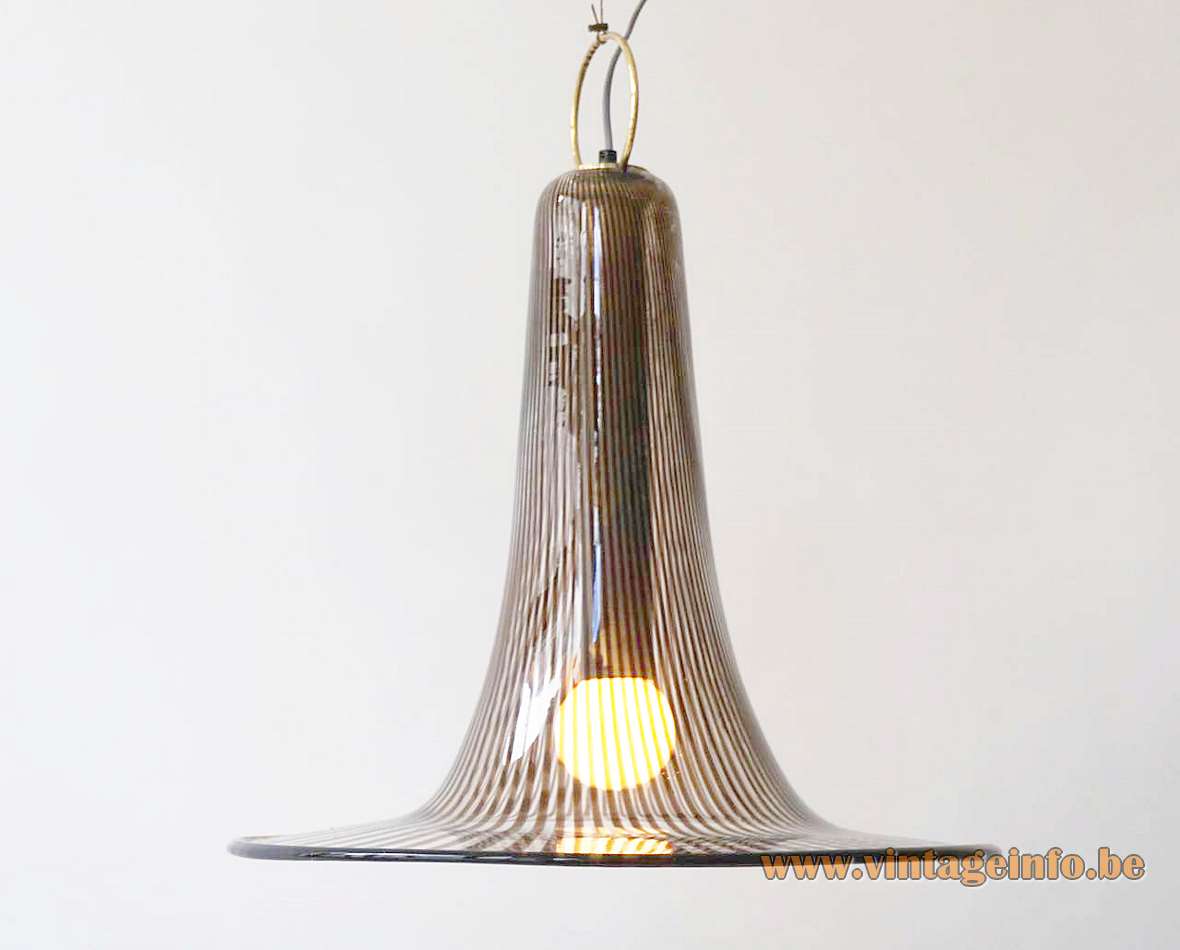 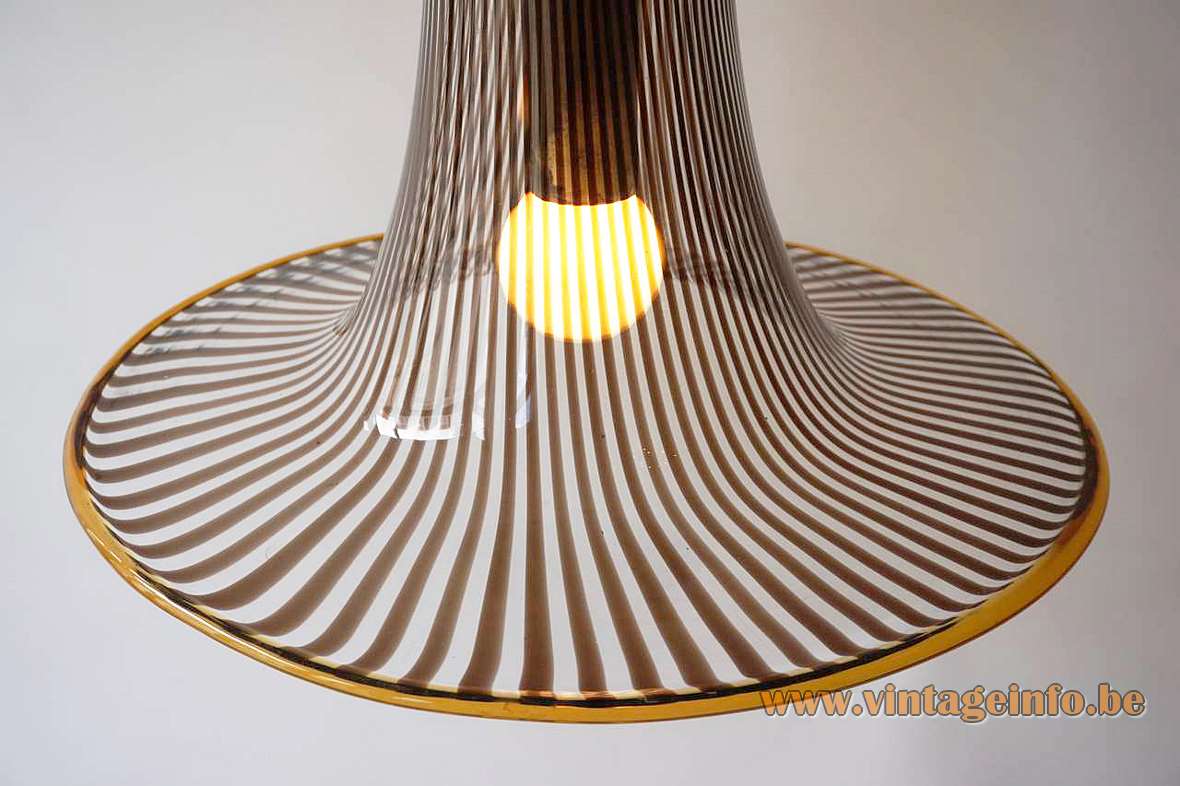 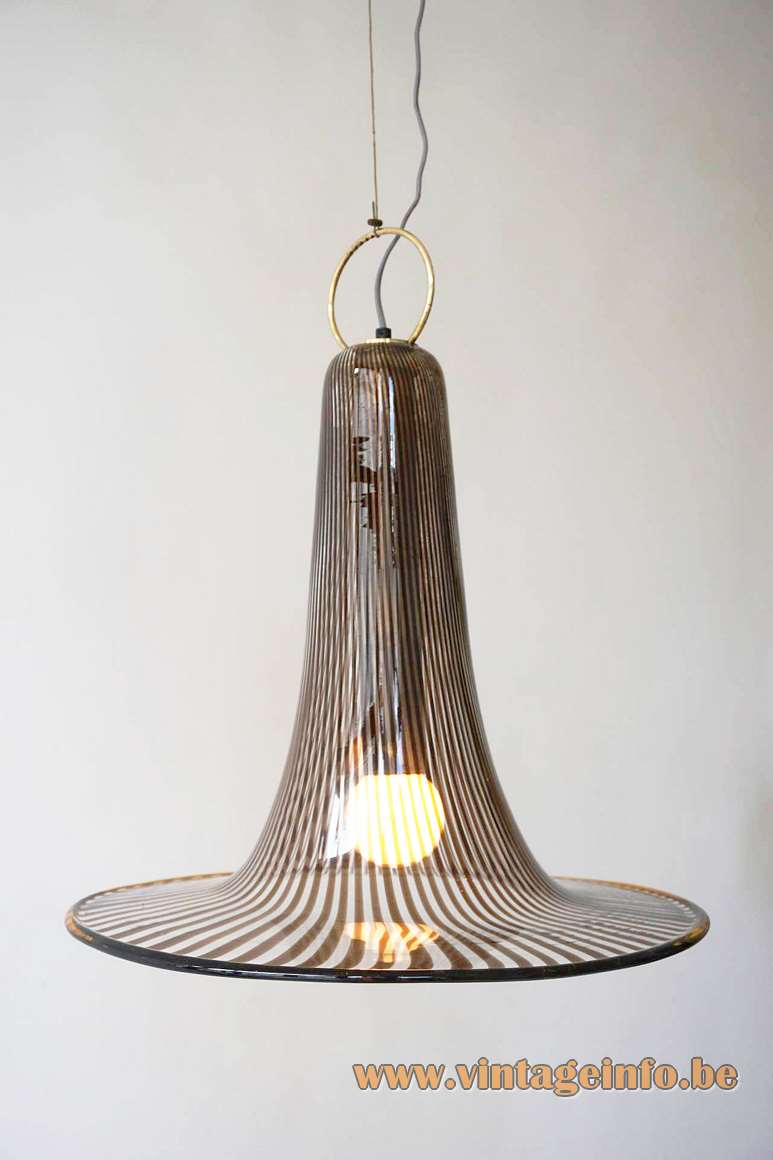 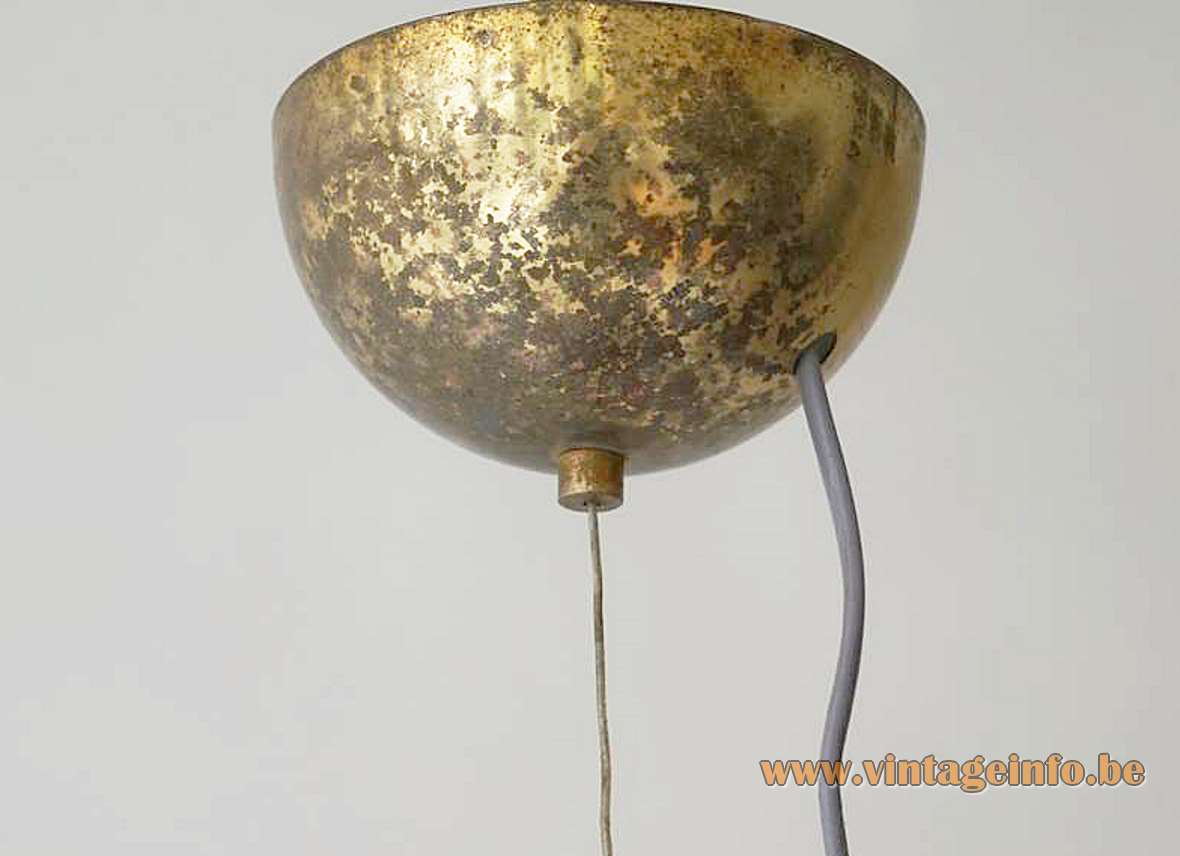 Other versions: Minimal variations in size.

Another artist who is famous for his striped hand blown glass designs is Lino Tagliapietra. He designed several striking striped lamps for La Murrina, also from the Murano island. Several of his lamps are made in the same colours as this one…

Do you have an idea about the producer of this pendant lamp? Please let us know through the contact form and help improve the websites exactitude. Your help is much appreciated.

Venini is one of the most outstanding art glass companies on the Venetian island of Murano. None of these lamps are identical and are all handmade/blown.

The company still exists and they make the most beautiful glass art. Of course they have a distinguished shop on the San Marco Square (Piazza San Marco) in Venice.

Lino Tagliapietra was born August 10, 1934 in Murano, Italy and has also worked extensively in the United States. As a teacher and mentor, he has played a key role in the international exchange of glass blowing processes and techniques between the principal American centers and his native Murano, but his influence is  apparent in the whole world. Lino is master in this striped technique.

Lino Tagliapietra:
“I don’t invent anything new; I personalize something … and that makes it something that nobody has done before.”